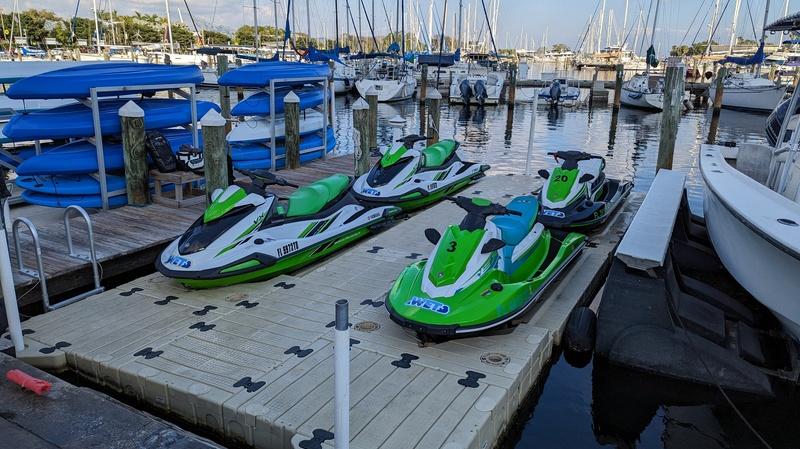 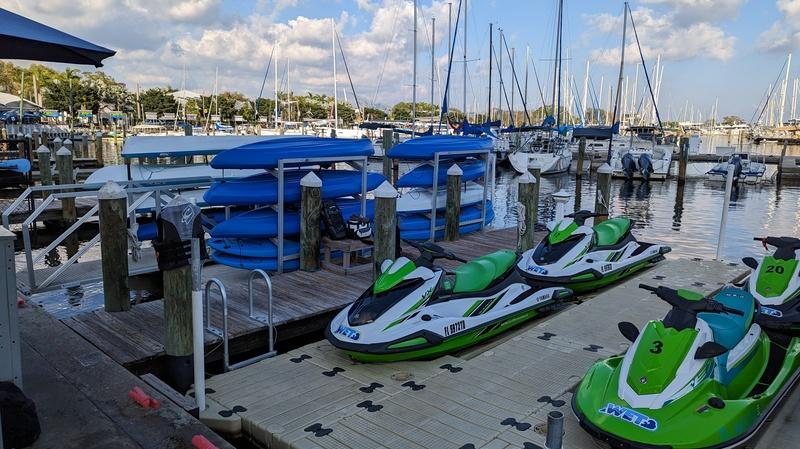 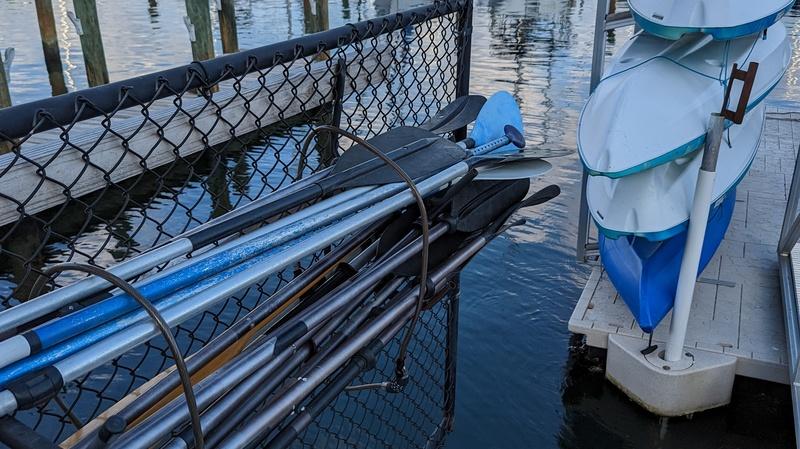 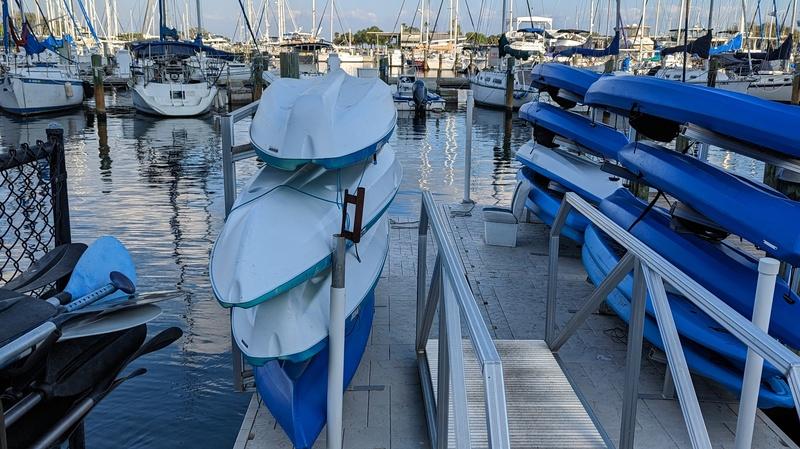 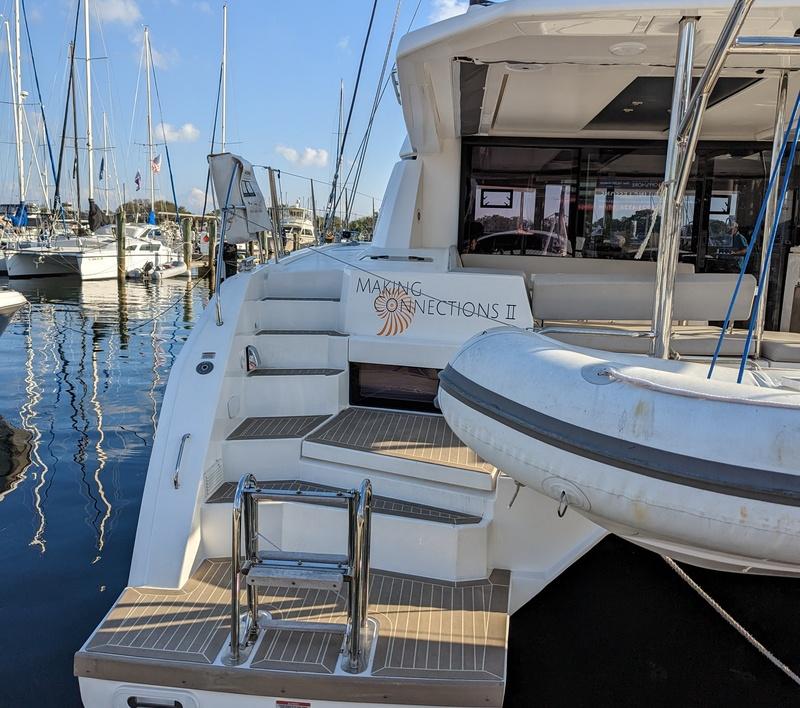 Barletta might be a new pontoon company, but it has already made a splash, winning an NMMA Innovation Award in Minnesota last year. And the L25UC is a good example of why. One of the innovations that four-legged crewmembers will enjoy is the slide-out water and food dish.

During our sea trial, despite choppy conditions, I noticed a lack of extraneous noise. Credit its stout Hybrid construction for that. Hybrid construction combines C-channel and box/I-beams and something called Vibration Isolation Pad (VIP) technology, which places a rubber pad between any two metal surfaces that otherwise would be touching. Oversized 26-inch tubes and dual-stage lifting strakes give it the ability to ride high in the water. Our test boat was powered by Mercury’s new V-8 Verado 300, which unlike the 2.6L V-6 platform is not supercharged. On plane in 2.6 seconds, it jumped to 30 mph in 6.4 seconds and reached a top speed of 46.7 mph.

A passenger-friendly feature on the Barletta L25UC is the rear Ultimate Lounger, which features a flippable backrest, for extra versatility. When the seatback is laid horizontal to the rest of the pad, guests can deploy two flip-up backrests at the back, so they can recline facing forward. To starboard is a companion captain’s chair, and at the luxurious helm, the driver has a standard Simrad 7-inch display. Instead of the consoles being used for storage, space underneath is allocated to extra legroom for the crew. Up front, a pair of identical layback lounges clad in Dolce marine vinyl and special foam backing allow guests to sink in comfortably. All bench seats have USB power plugs, so everyone’s devices can stay charged, and a power Bimini top bumps up its cool factor. The rear deck is huge for an outboard-powered pontoon, with room, even, for a large storage locker that can accommodate a cooler. Fender storage is attached to a Tube-Tow Watersports Cage. All 16 cupholders on board are oversized and Yeti-ready, for extreme hydrating. To get a killer sound system, there’s no need to check the options box, because the standard sound system includes four 6-inch coaxial speakers, a subwoofer and a 1,500-watt amplifier. The system is built by Hertz, which is best known for motorcycle stereos, so it is optimized to work well in wind and weather. Also standard on the Barletta L25UC is large bow pedestal table for snack display.