The Crownline E 285 XS is a new dayboat that takes entertaining to a whole new place. 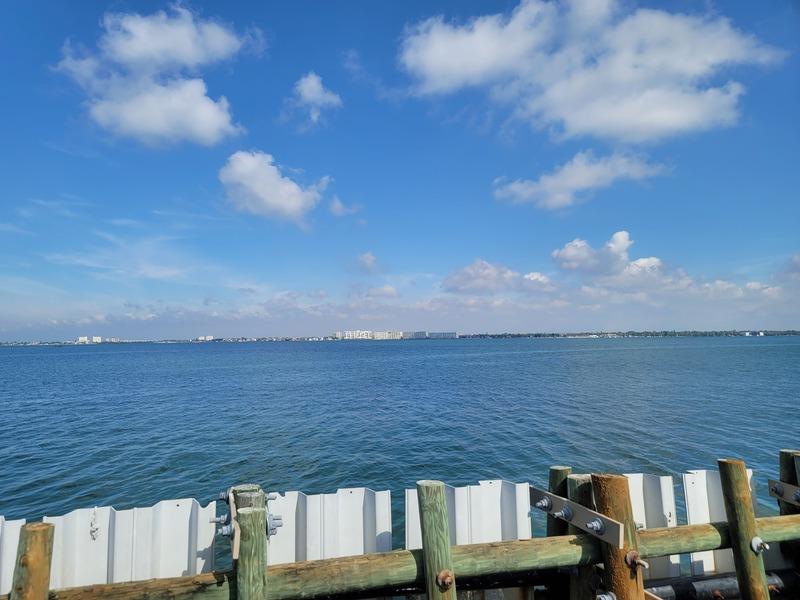 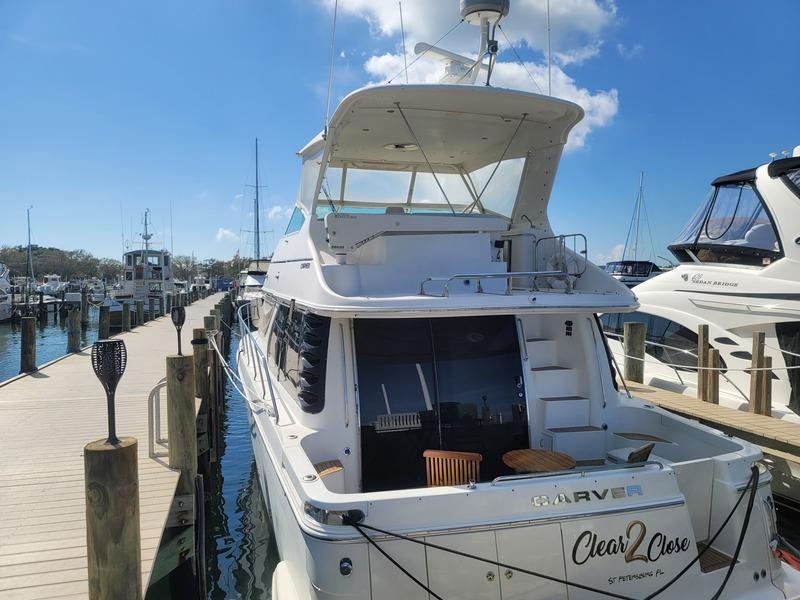 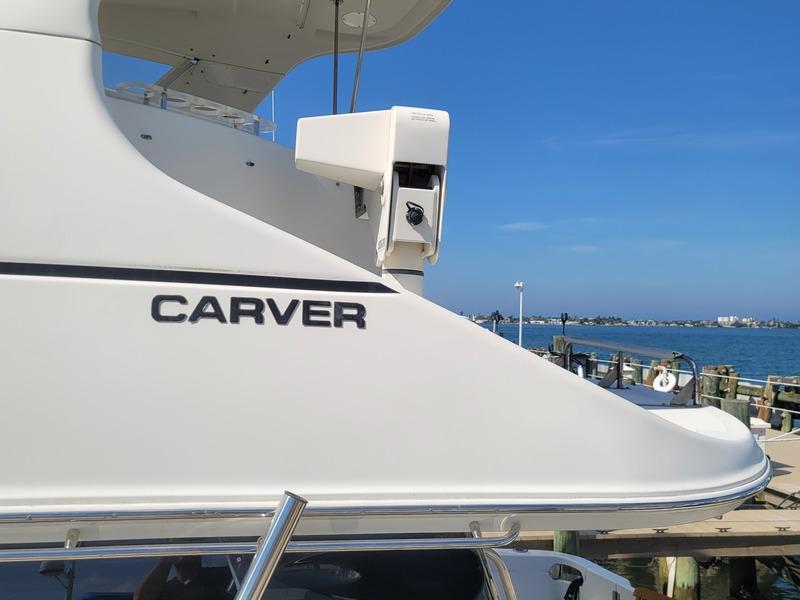 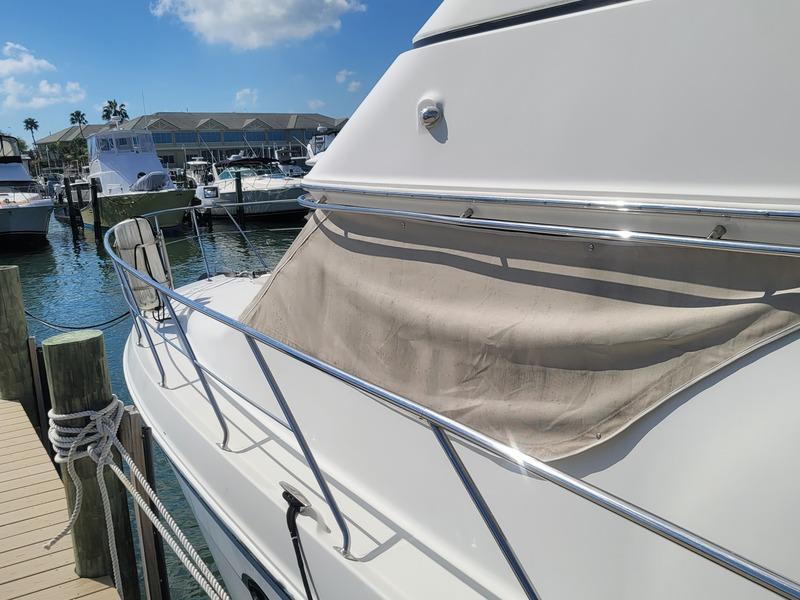 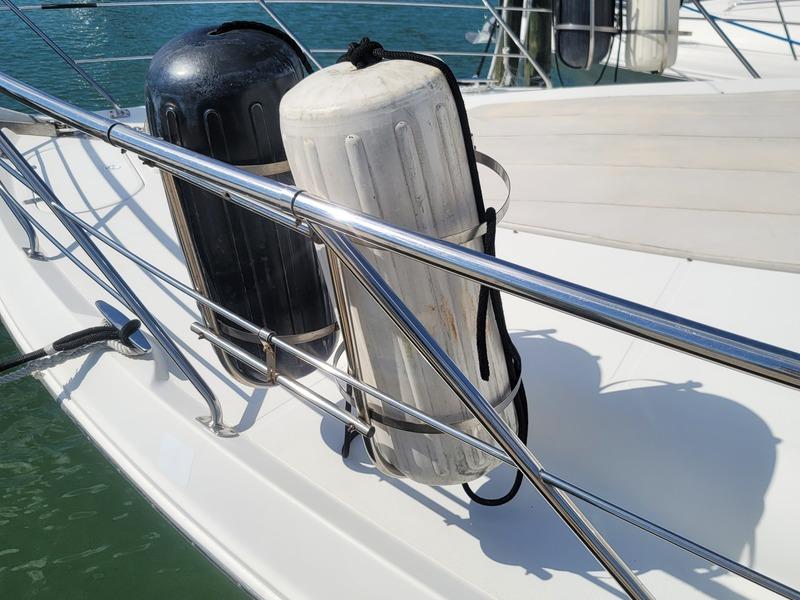 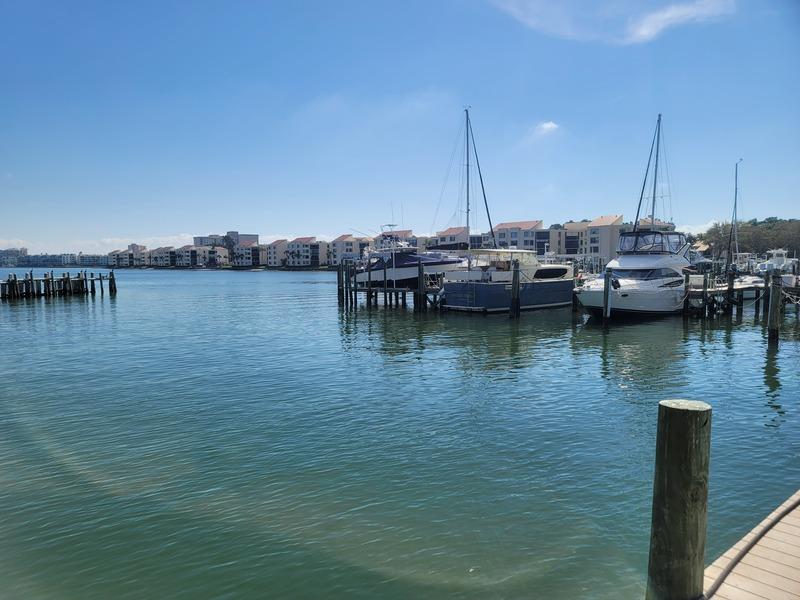 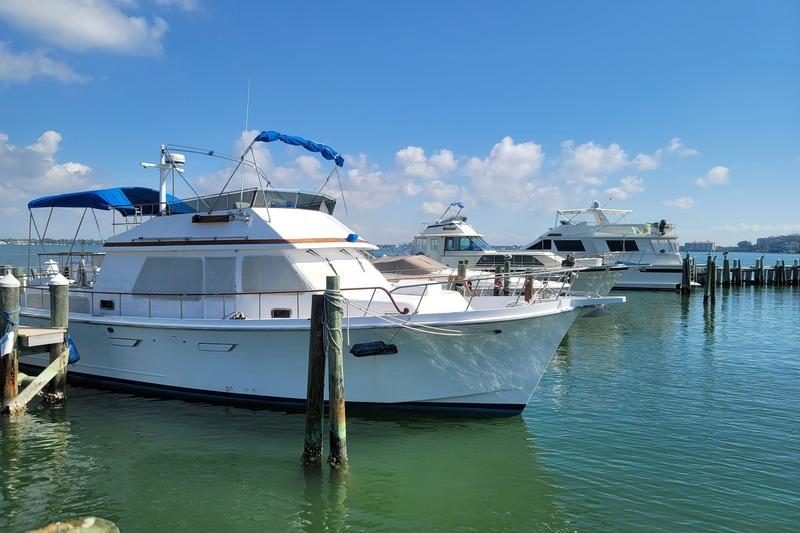 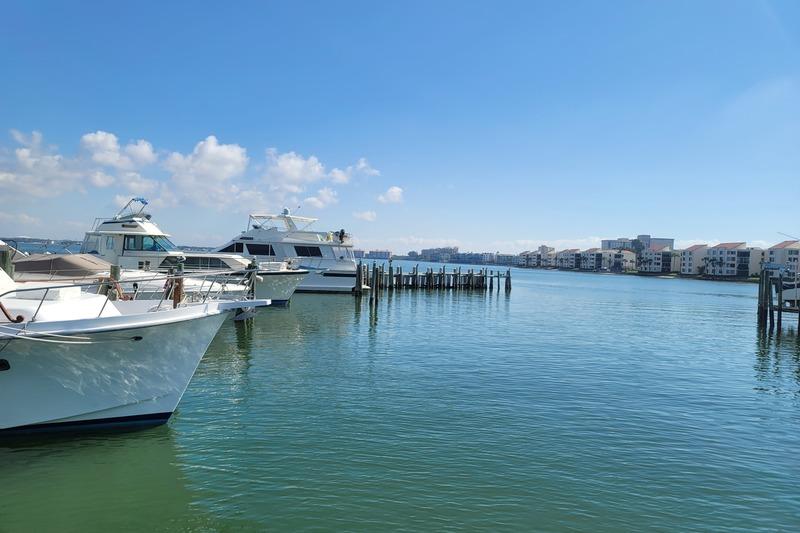 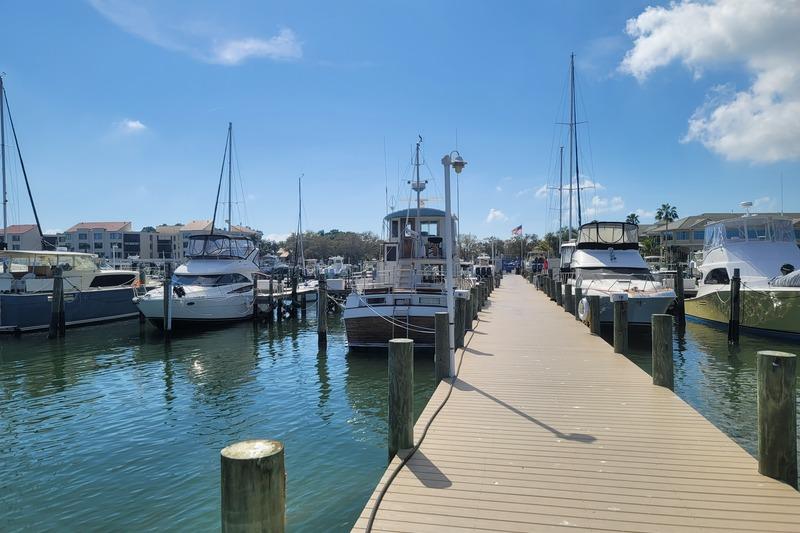 We all know the game: MSRP starts low but all the goodies any buyer really wants are expensive options. Then there is the Crownline E 285 XS, a near 28-footer with a list of features that checks off all the must-have boxes … at no additional cost. Crownline designers went back to school to create a dayboat that earns a major in entertainment. At the heart of this design is an entertainment center that features an electric grill and a drawer-style refrigerator. Normally, items such as these are found on cruiser-type boats with generators — or on boats stranded at the sandbar because their electrical system couldn’t handle the load.

Typically, anything that generates heat or cold is a battery killer. Crownline, though, worked with its electrical systems supplier for 18 months to make sure boat owners could enjoy hamburgers right off the grill without having to call for assistance at the end of the day. To counter the big drain, Crownline created a dedicated battery system just for the entertainment system. A pair of class 31 house deep-cycle batteries deliver an hour of grilling time. Anyone who needs longer than that is overcooking the food anyway. To keep everything running, the E 285 series, which includes a sterndrive model, utilizes a voltage-sensing relay (VSR) for the charging system; it samples each battery and directs charging power to the one that needs it the most. During the day, when the boat is running it will be recharging the batteries, thanks to the high-output alternators featured on today’s big-horsepower motors. Then, at the end of the day, owners just plug an extension cord into the 1,500-watt charger and it automatically charges all the batteries. The Crownline E 285 XS also has an inverter, so frozen beverage fans can bring their blender from home and plug it in. Crownline doesn’t low-ball buyers with inadequate outboard power just to hit a special price point, as evidenced by the E 285 XS’s standard Mercury 300 hp Verado, complete with Digital Throttle and Shift drive-by-wire controls. Our test boat upped the ante with a Mercury 350 Verado, this boat’s max power, and it proved to be a great match. This

inline six-cylinder engine might be small in displacement at 2.6L, but it’s big on low-end power thanks to its intercooled supercharger. Keeping vibration low and countering some of the prop torque is Mercury’s Advanced Mid-Section (AMS), a feature that has migrated up to select models of Mercury’s new V-8 platform. AMS uses four motor mounts, instead of the usual two, and all four have variable amounts of cushion. At slow speeds, they are soft and stiffen as the speed rises. This mounting design also acts like a 4-inch jackplate setback, which helped push the Crownline on plane in just 3.3 seconds. Also notable was the lack of significant bowrise during holeshots.

During our test at famed Lake X, Mercury’s central Florida test site, the supercharged Verado 350 kept the smooth acceleration pumping well enough to give the E 285 XS a time to 30 mph of 7.4 seconds and a top speed of 52.5 mph at 6000 rpm, which is 400 shy of its max. A bit unusual is Crownline’s use of outboards with 30-inch shafts, which keeps the powerhead high above the water. Featuring the F.A.S.T. Tab hull, the Crownline E 285 XS uses a vented chine design to introduce air under the hull and reduce drag. Such an arrangement improves fuel economy and increases top-end and cruise speeds, but missing part of a chine can sometimes inhibit a boat’s ability to turn. Crownline thought of that. Its hull acronym stands for Fin-Assisted Safe Turn, and it refers to a pair of fi ns just behind the vents that more than make up for the reduced chine. When I threw the E 285 XS into a hard turn, it leaned over and allowed me to turn the wheel all the way to its stop without prop ventilation.

The Crownline E 285 XS features 20 degrees of deadrise at the stern and a cleaver-sharp 39 degrees where the hull greets the water. Combined with a narrow-for-its-length 8-foot, 6-inch beam and a solid 5,865 pounds of hull heft, it can handle choppy conditions smoothly. The beam makes the boat towable in all 50 states without a permit or red flags on the back. And the E 285 XS comes standard with a dual-axle trailer, so even owners who live in Indiana, where the boat is built, can hook it up in the dead of winter and head for the Keys. Probably the most impressive standard feature on the E 285 XS is a Kicker KMC10 stereo system that features eight high-end Wet Sounds speakers, two of which are rear-firing 6.5-inchers on the Social Swim Transom Design. Further enhancing the key-off fun is a doublewide rear lounge. Unlike other lounges whose backrests only have a couple of positions, this one comes standard with an electric backrest that ups the cool factor and provides an infinite number of backrest angle options, including all the way forward to form a tanning bed. Despite having an outboard, the boat has a large swim platform padded with Soft Touch matting that matches the bow platform, where a boarding ladder facilitates beach landings. This Crownline is ready for watersports with a standard — getting tired of that word yet? — aluminum arch equipped with a high tow-line anchor point and a Bimini top. The electronically actuated arch can be dropped down for storage or to transit under low bridges; simply remove two bolts with hand-knobs and then press a toggle switch. Ski storage abounds in the bonus storage area under the rear sunpad/recliner, courtesy of the vacant sterndrive engine housing. And there’s more room for boards in the centerline storage compartment that also houses a side-mount cockpit table that stores out of the way in a dedicated pull-out drawer. The Crownline E 285 XS can be rigged with Yamaha or Suzuki power in either 300 or 350 hp flavors, all with drive-by-wire controls. With the Mercury Verado 350, the MSRP is $129,369. Not cheap, but considering the quality of build and the items that are included, the word “value” comes to mind. Suzuki lovers can go twin-prop with a DF350A motor for $125,223, and buyers who want Yamaha power can choose an F350 V8 ($136,277) that comes with a five-year warranty. Only the Mercury includes a built-in power steering system.

Crownline calls the E 285 a hybrid, because while it has the sleek profile of a bowrider, the bow is nearly as wide as a deckboat. Up front a pair of hot-tub layback seats feature 16 degrees of recline, which is spot on. The seat bottoms are contoured for better ergonomics, but in recent years the raised-for- better-thigh-support middle section has been lessened, so sitting with one’s feet on the deck doesn’t feel like riding sidesaddle on a dromedary camel. Both bow seat bottoms lift up gull-wing style for easy access.

In the stern is a curved L-lounge that creates plenty of seating on this yacht-certified boat. Several interior upgrade options are available, but the new Pure Platinum upholstery with a multi-gray palate is classy. The helm comes with a 7-inch Raymarine color GPS/sonar screen, and the only things missing are trim tabs with indicators, though they can be added for $1,325. The head compartment features a real granite countertop that matches the entertainment center. Also down below is a vessel sink, a hand shower and an electric-flush head with a holding tank. Snap-in Highlander carpeting is standard in the cockpit, but a good upgrade would be the snap-in driftwood woven vinyl for $1,492. I would like to have a glove compartment on the driver’s side for personal items, and we are thinking of adding a rearview mirror.

Our main residence is in Davie, on the east coast of Florida, where we went boating with several friends who have boats. When we got a second residence in Bonita Springs on the southwest coast of Florida, we decided to get our first boat. We searched for about a year and saw a lot of different brands but really loved the way the Crownline E 285 XS looked and how comfortable it was. We love having friends come over for the weekend, and the grill and refrigerator make it perfect to entertain them. We have three adult kids and two grandkids and enjoy taking them out to places like Lover’s Key, where there’s a sandbar the kids can wade from and enjoy the water. We bought the boat on the east coast, but Tony from Carefree Boat Sales delivered the boat to us on the west coast and spent all day showing us how to operate it. He said he wasn’t leaving until we were comfortable with everything. Carefree’s after-the-sale follow-up has been outstanding.