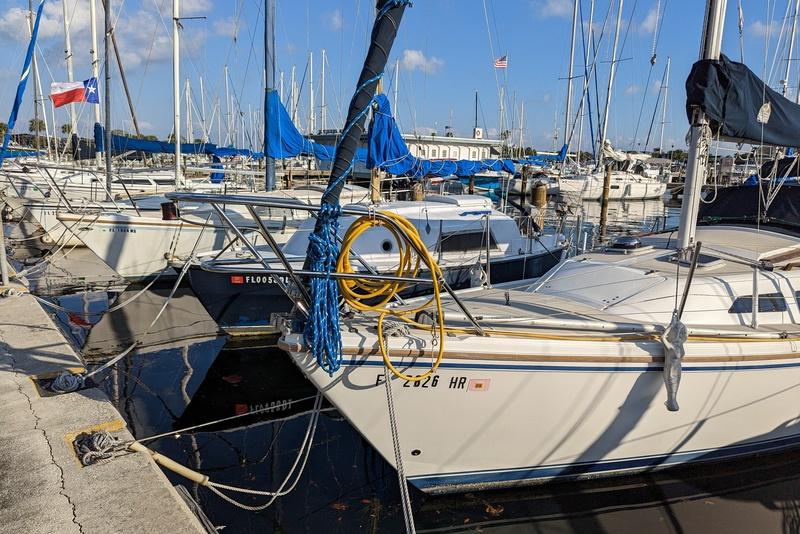 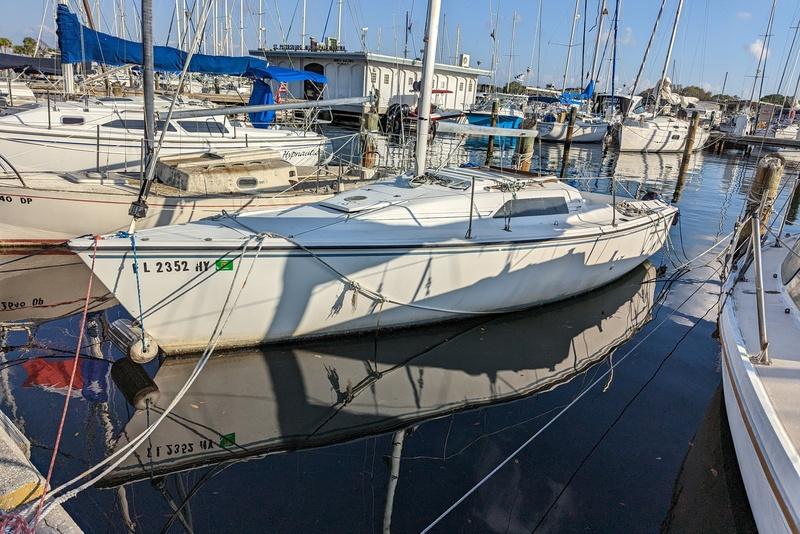 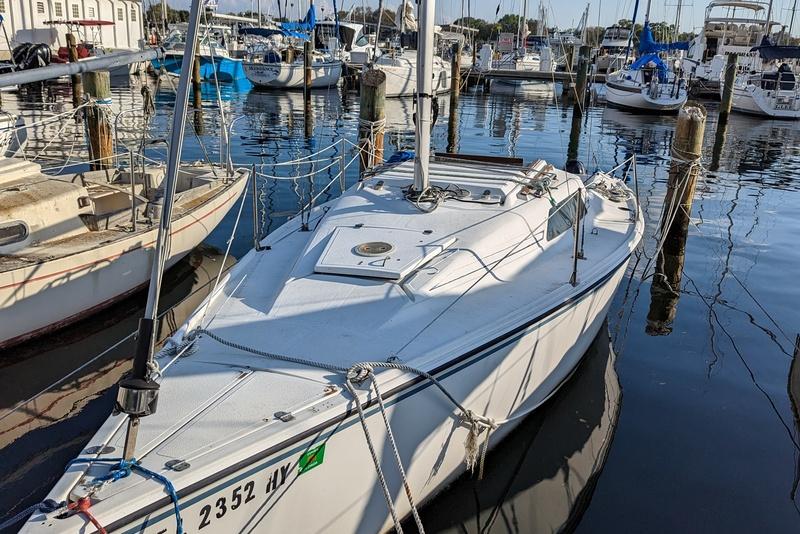 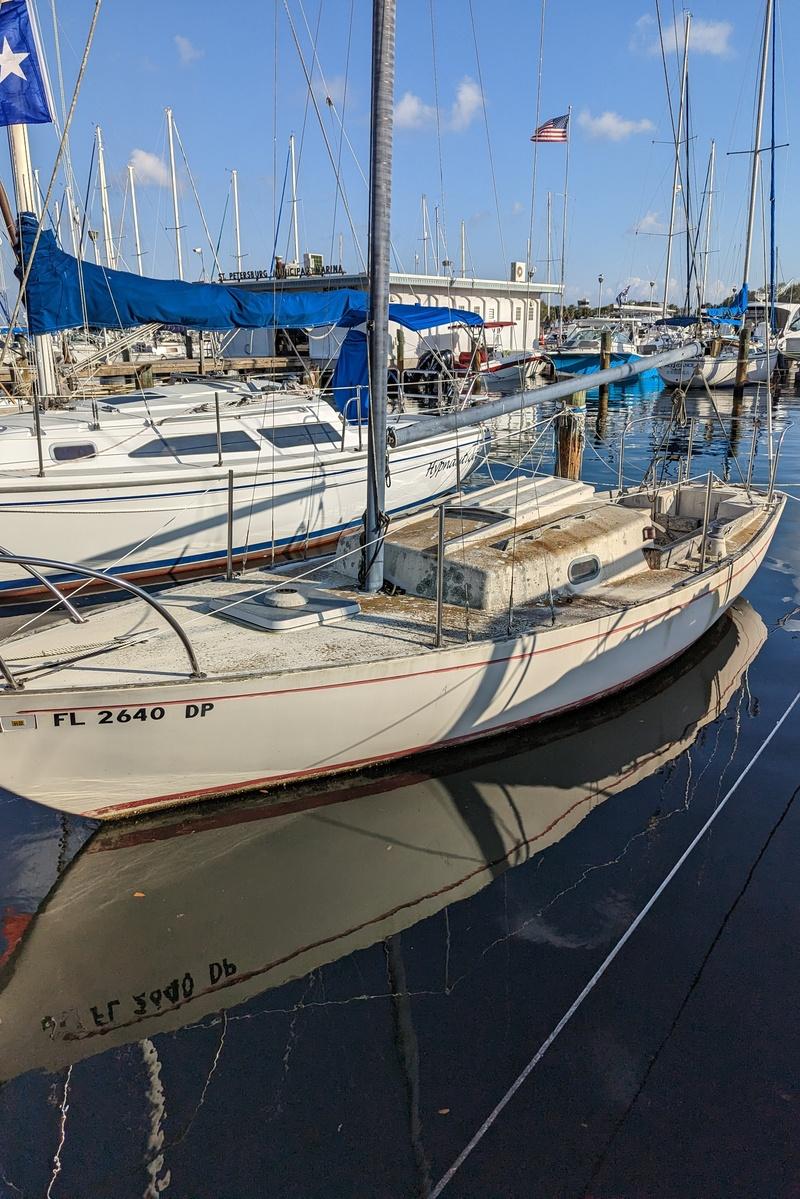 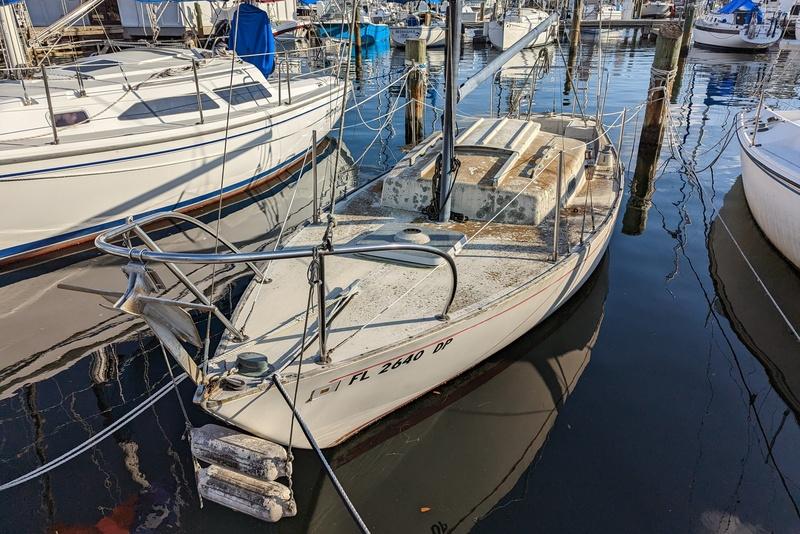 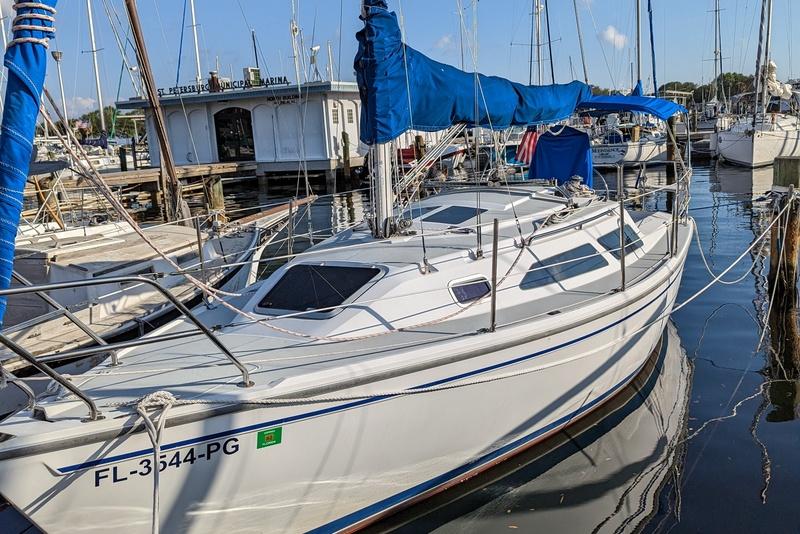 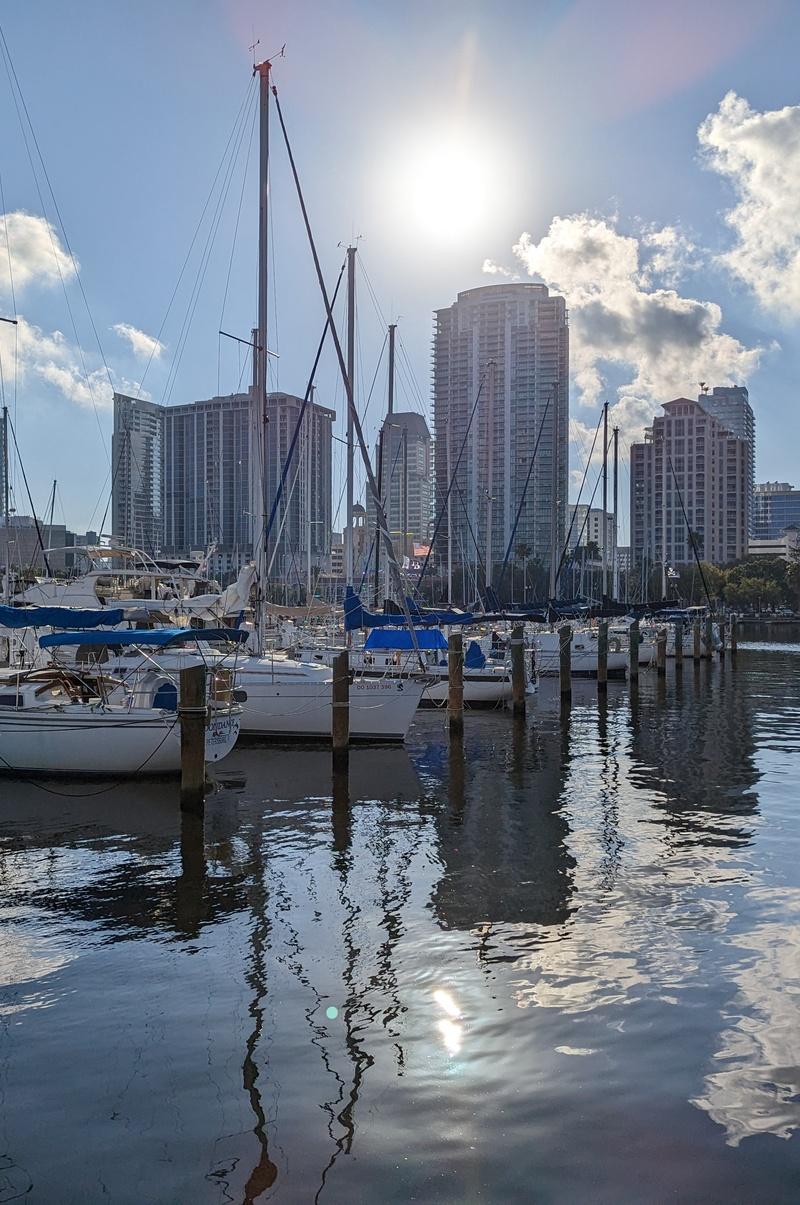 When Steve Potts built this first 14-foot creek boat in 1989, it’s doubtful he imagined that 30 years later he would build a 53-footer powered by five Yamaha 425 XTO outboards. That boat, the largest member of the LXF line, debuts this month at the Miami International Boat Show and is already selling briskly. For folks who don’t have around $2 million to spend but still have the urge to fish the deep blue, the smallest member of the Luxury Fishing Series, the Scout 255 LXF, will still get them on the fish in style.

I can always tell when the designers and builders of a boat actually fish, and it’s clear Potts and crew walk the piscatorial walk. But what’s also evident is Scout designers, while creating a boat hardcore anglers will love, didn’t see any reason why owners couldn’t be comfortable and exude style while wetting a hook. In some snobby circles, a “familied-up” fishing boat is heresy, but that’s only true when family features get in the way of fishing. Not the case here. Up front are bowrider seats and a cool flip-down table, but when it’s time to get serious, the cushions and backrests can be removed and stowed. At the stern the bench seat flips flush with the transom to maximize angling real estate. Cushions are standard on the boat, but buyers can opt for a new Grigio cushion upgrade ($2,723) that features a darker tan color that brings to mind a Porsche interior. Keep in mind that darker upholstery tends to heat up when the sun’s blazing. An impressive list of standard features makes the Scout 255 LXF special. Take the hardtop. Its D-shaped tubing conforms to the shape of the console, so no toe-stubbing supports stick out on the deck. Another unusual standard feature is the windlass, which comes complete with a chrome-plated plow anchor that doubles as a hood ornament when not in use. Of course, with such standard features the price gets a little non-standard. Its MSRP is $134,099 when it’s powered by twin Yamaha F150 outboards.

Our test boat was powered by upgraded twin Yamaha F200s. They add $9,963 to the bottom line but are worth it. According to Yamaha tests, a twin F150-powered Scout 255 LXF reached a top speed of 52 mph; the same model powered by twin F200s reached 57.9 mph. We only reached 56.7 mph during our test, but that’s still great performance for a boat that weighs 4,300 pounds. Scout 255 LXF models feature the NuV3 hull, a variable-deadrise hull that creates a lot of lift, which helped ours get on plane in 3.4 seconds with a fair amount of bowrise. I engaged the standard Lenco trim tabs, which vastly reduced the amount of bowrise and knocked 0.2 seconds off its time to plane. With 400 hp — this boat’s max — time to 30 mph was only 7.5 seconds. Buyers can opt for Mercury power, and Scout offers the 255 LXF with either single or twin engines. A single Yamaha F300, instead of twin F150s, will save buyers $7,224 and deliver similar performance. A Mercury 300 V-8 (non-supercharged), instead of twin 150 FourStrokes, saves $4,265 when compared to mechanically controlled models. The proper setup depends on owner usage and philosophy. Owners who head far offshore will like the peace of mind delivered by twin engines, but if fuel economy and sticker price matter more, a single is the way to go. I find it puzzling Scout doesn’t offer a single 350 or 400R Mercury Racing option.

Unlike most variable-deadrise hulls, the NuV3 hull grows progressively steeper as it moves outward from the keel. Potts likens the convex hull’s response to the water to being like the back of a cupped hand as opposed to the palm side down. We tested it on a blustery day on Table Rock Lake, which is an extra-large reservoir not far from Branson, Mo. We didn’t have steep seas, but there was a nasty enough chop to get a feel for the ride. The first thing I noticed as we idled out, beam-to the waves, was how stable it was. Of course, some of that had to do with its extra-wide 8-foot, 11-inch beam, but also credit its large reverse chines. I would have no qualms taking this boat to the Bahamas in appropriate weather.

As we ramped up the speed, the 21½-degree deadrise did a great job of slicing through the slop. In hard turns, the hull hooked up well and we were able to carve an impressive arc. Keeping the spray down was a generous Carolina flare at the bow, which is what we should expect from a boat built in Summerville, S.C. Also keeping us dry were the tempered glass windshield and side panes. There are gaps at the top that let in a little air, but on a really hot day, a little breeze from side vents or scoops would be nice.

Obviously, the Scout 255 LXF’s forte is fishing, and angling needs are handled by a standard transom livewell, five stern rod holders, four under-gunwale holders and two more on the gunwale. An optional combo cupholder/rod holder is up front ($574). Our test boat had the Deluxe leaning post ($3,679), which includes a huge livewell, four sculpted-in rod holders, dual Airmar bolster seats with armrests and a 65-quart Yeti cooler that slides out for easy use. A must-have option for the standard hardtop is the five-rod rocket launcher ($1,182). At the helm is a standard Garmin 942xs GPS/fishfinder with a B60 transducer, but buyers can go up to a 12-inch Garmin 7612XSV, for $5,297, and still have room for another display.

One feature that’s often missing on offshore boats is something for passengers to hang onto when conditions get rough. Scout, however, installs handhold bars behind the leaning post and on the hard top; plus, the boat has flush-mounted bow rails. The extra beam on this boat leaves a wide path around the console, and the Carolina flare creates an extra-wide walkway on top of the gunwale at the bow, which makes a perfect platform for tossing a cast net. And there’s storage set into the deck deep enough for a five-gallon bucket. Under the bowrider seats are 70-quart storage compartments that drain. For the catch o’ the day, there’s a 220-quart fish box. The boat really doesn’t need any options to be ready to splash and hunt fish, but Scout does provide customization options, such as a choice of four hull colors ($2,741). It is one of the few manufacturers that will custom paint outboards, though it’s a pricey option: for twins, Scout White costs $7,873, and custom colors cost $9,343. Mercury will upgrade its outboards to Pearl Fusion White at the factory, and it’s close to Scout’s white hull color but not an exact match.

For entertainment, the Scout 255 LXF comes standard with a Fusion stereo system and upgraded 7-inch speakers: two in the bow and another pair down-firing from the hardtop. The upgraded Deluxe system includes six JL Audio speakers, an amp and a subwoofer ($2,906). For watersports, a tall removable ski pylon costs $1,177. In the large console, which has teak flooring, a self-contained porcelain head costs $1,118, but it isn’t available without the freshwater washdown ($942).

We wish it had a lockable rod compartment, so we didn’t have to take them off the boat every time.

We moved from Atlanta 13 years ago to the Sarasota area and fell in love with the Gulf of Mexico. Usually, we rented boats, but as Hilton (17), Audrey (20) and Payton (23) got older, we realized we wanted to maximize our time with them, so we decided to buy our first boat. At first, we looked at used boats but realized the ones we liked were still pretty close to the original sale price, so after checking out the Scouts at Viage Group we decided to order a new one. The Scout 255 LXF is a great all-purpose family boat and a serious fishing boat, though we don’t fish much. Andrew at Viage was phenomenal; it never felt like he was selling us a boat. And after the purchase, they spent a lot of time showing us how to operate it. We got invited to visit Charleston to watch our boat being built, and the facility and folks at Scout were fantastic. Our boat features a black hull and looks great with the black engines; we’ve never been envious of another boat and have never regretted buying it.