The Sea-Doo Fish Pro is the first PWC designed for America's favorite watersport. 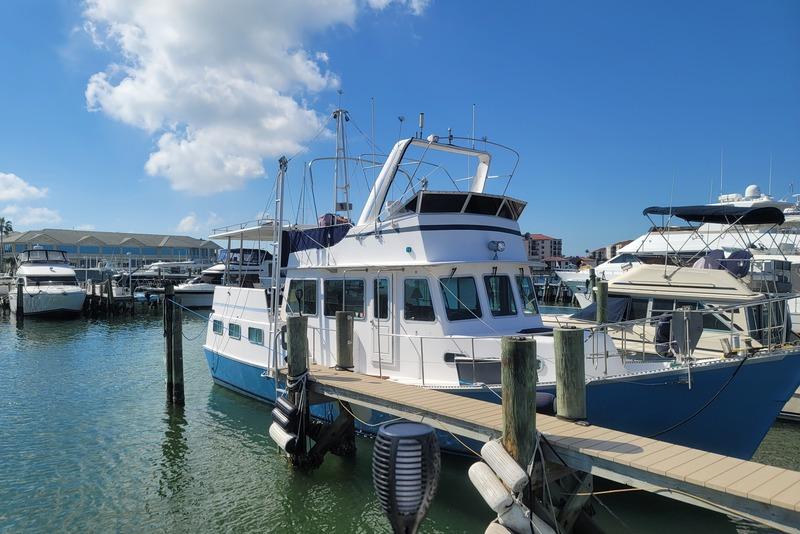 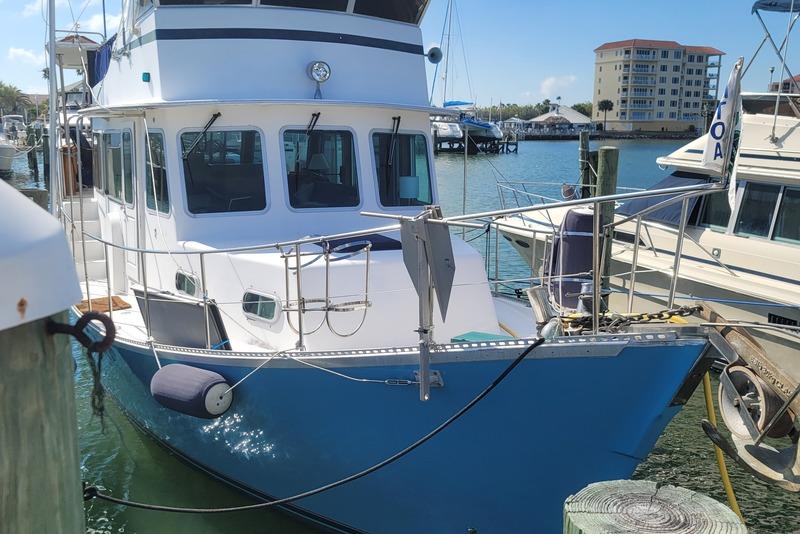 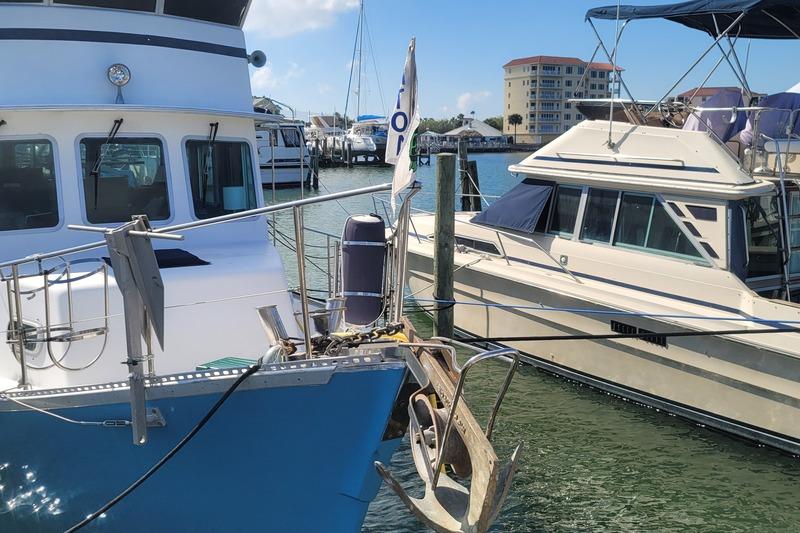 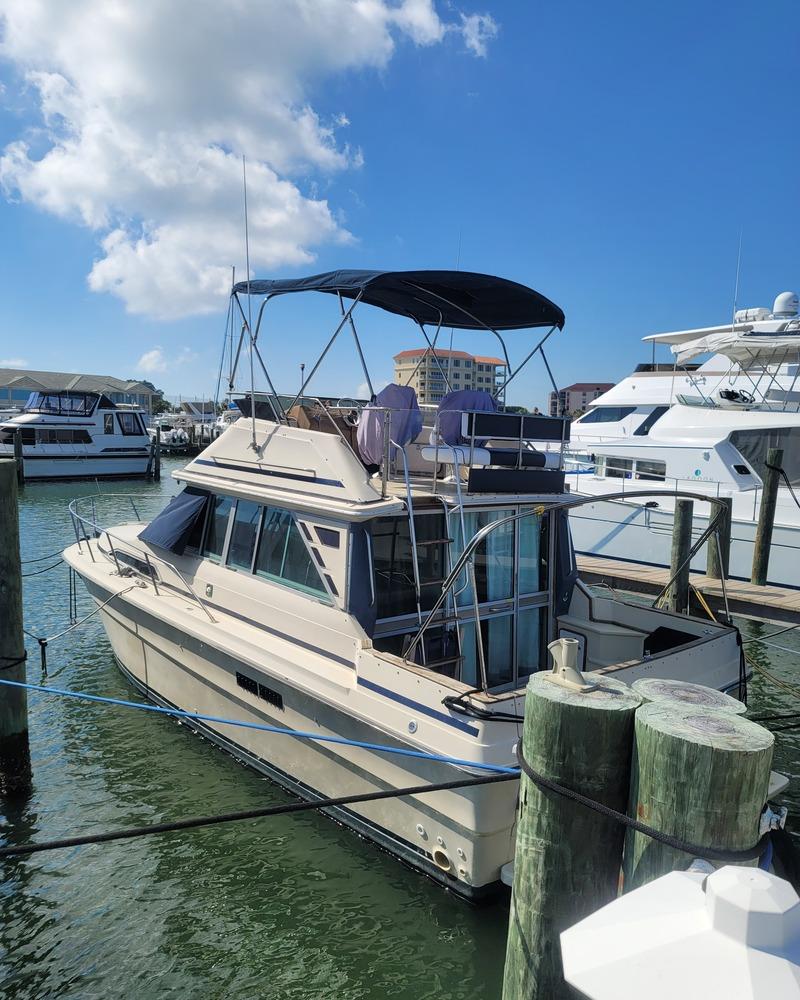 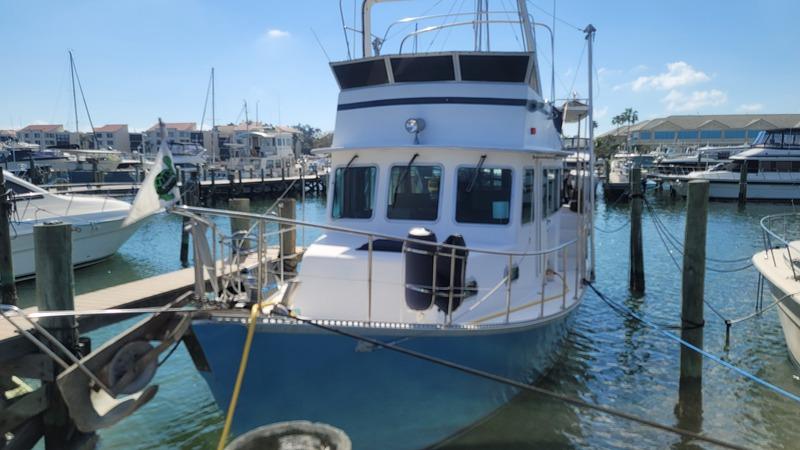 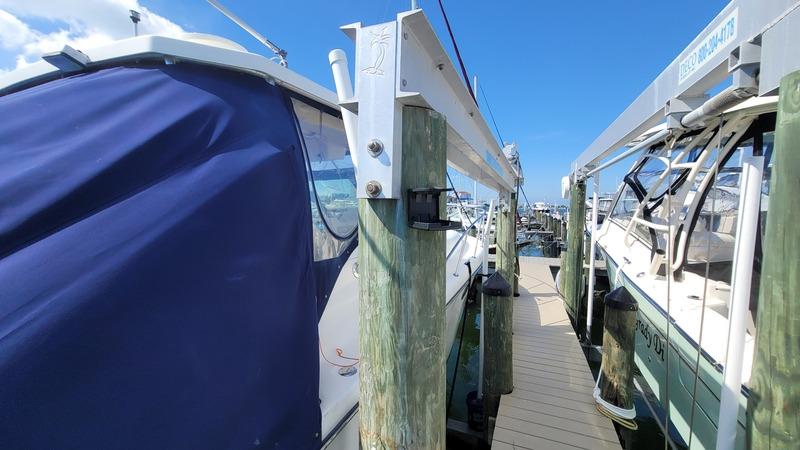 Bombardier introduced the first personal watercraft in 1968. Called the Sea-Doo, it featured an air-cooled 18 hp engine that pushed it to a top speed of 25 mph. And I’m sure it wasn’t long before someone figured out, “Hey, if it floats and moves, I can fish on it!” Fast forward 51 years, to 2019, and Bombardier Recreational Products is first again: a purpose-built fishing PWC called the Sea-Doo Fish Pro.

Fishing aboard a PWC presents complications not found on more conventional fishing boats. I fished aboard a more traditional touring-style PWC, and it wasn’t the greatest experience. The main issues were twofold: no place to rig my gear and the highly sculpted saddle made moving around difficult, because it was designed to be used facing forward. Spinning sideways to cast or land a fish was downright uncomfortable. Then there was the lack of electronics and the relative instability when I stood up to cast. I found it possible to troll, but the no-wake mode on most skis is designed to move it along as quickly as possible, and often a slow presentation is the key to success.

These deficiencies are a lot to overcome, so when Tim McKercher, who coordinates Sea-Doo’s press outings, invited me for a full day of fishing aboard a new PWC, my gut told me it might be a long day on the water.

Our day begins at dawn, at an east-central Florida boat ramp that serves a decidedly rectangular pair of connected manmade lakes collectively called Stick Marsh/Farm 13. While Lake Okeechobee and Rodman Reservoir get most of the accolades for great bass fishing, more 10-pounders are caught here, where it’s all catch and release for bass, than anywhere else in the Sunshine State. A shallow body of water averaging 6 to 8 feet deep, this purposely flooded marsh and farm impoundment has numerous underwater channels and an army of submerged trees — some just beneath the surface — that can play hell with a traditional boat’s lower unit. Score the first advantage to the Fish Pro; its draft is virtually non-existent underway.

When our gaggle of five Sea-Doos exits the no-wake zone, I put the whip to the Rotax 1503 NA (normally aspirated) engine, and the sled zips to 30 mph in 3.2 seconds before settling into a cruise speed of 40 mph. Despite not having a supercharger like its 300 hp Sea-Doo Performance stablemates, its throttle response is excellent, and anyone who isn’t a hair-on-fire kind of driver will be more than satisfied by its performance.

Another plus is it has a closed cooling system, so piscatorial pursuits that venture into salt water or fresh water that should only be consumed in extreme emergencies won’t affect the engine’s innards. Top speed is 55 mph, which is only about 12 mph less than the fastest stock machines (PWCs are speed-limited by an agreement between manufacturers and the Coast Guard).

The Sea-Doo Fish Pro features the ST3 hull, which is a hybrid design that melds the T3 hull used on buoy-racing machines such as the RXP-X and the S3 hull, which was Sea-Doo’s breakthrough design in 2008. It takes the T3’s wave-penetrating 22 degrees of hull entry to about the middle of the running surface but does away with the soft, rounded chines that promote its ultra-aggressive turning ability (and also make it difficult to ride with two or more riders or take large waves at an angle). Instead, the ST3 hull has hard chines that promote side-to-side stability, and a second set of chines farther back that add an inch of width for better stability at rest and in heavy sea conditions. The center of gravity is lower, both for the engine and the rider, which also greatly improves stability.

The hull tweak that makes the Fish Pro unique, however, is a rear deck extension that greatly contributes to its stability at rest or when trolling, especially in choppy conditions. But since it’s raised above the hull’s running surface, it hovers above the water’s surface at cruising speeds, so there’s no additional drag to hurt its high-speed performance. This is simply Sea-Doo’s best all-around hull.

An extended rear deck gives the Fish Pro a second LinQ connection. First seen on last year’s GTX Limited, LinQ — maybe the best crossover feature ever to migrate to the water from the Ski-Doo line of snowmobiles — is a system of connecting accessories that attach to the rear deck quickly and securely.

The standard 13-and-a-half-gallon LinQ cooler for the Fish Pro is one item that makes it so fishable. Not only is a high-end cooler capable of keeping fish and beverages cold for days, it’s also a one-stop rigging station. Its top is recessed and has a rubberized surface that allows anglers to rig without watching their sinker roll into the water. The top also makes a great picnic table for alfresco dining. Tools are handy and secure in dedicated holders, and a convenient mesh bag is attached to the front of the cooler to hold pouches of soft baits or small tackle boxes. My cooler has a pair of rod holders attached to the each side, and there’s room to add at least four more on the back.

Soon, we stop along a shoreline rife with water hyacinth, an invasive species that can quickly take over a lake but also provides great bass habitat. To my surprise, a bucket inside my cooler (and everyone else’s) holds a dozen wild shiners, which are bass candy. After shutting down the engine, I spin around on a specially designed saddle that is much flatter than normal and allows me to scoot around easily. I grab a rod out of the holder and, using the cooler lid, tie on a live bait hook before extracting one of the 6-inch-long shiners, all of which are lively thanks to a battery-powered bubbler. After hooking it at the tail, I stand up and am pleasantly surprised by the Fish Pro’s stability, which makes it easy to lob the bait underhanded to the edge of the vegetation. With my bait in position, I turn sideways and prop my feet on gunwale rests that are angled for comfort. Soon, I feel a tug and set the hook on the first bass of the day.

One notable asset is the huge main storage area in front of the driver, which the driver can access without getting out of his seat, because the entire steering assembly lifts. My backpack is overstuffed with clothes and camera gear, and it fits easily. A separate mesh net section is handy for quickly needed items such as my video camera, and a waterproof smartphone glove compartment secures phones between foam pads.

Adding a USB port costs $110. My ride has the optional stereo system, which pushes the MSRP from $14,799 to $15,599 but is totally worth it. Not only does it sound great but the tunes are directed toward the riders and not the surrounding landscape.

As is often the case in Florida, someone turns on a giant wind fan and the shallow lake gets a bit lumpy, but the deep-V ST3 hull eats it up. This brings up another point. How many other 12-foot, 3-inch boats can owners safely use for offshore fishing? McKercher will no doubt have a Fish Pro along the next time he takes a group cruising from Florida to Bimini.

Our search for fish takes us to a channel on the other side of the lake that has a solid wall of vegetation to the left and small islands to the right. I explore one of the gaps between islands with the standard Garmin echoMAP Plus 62 CV, a 6.2-inch color GPS fishfinder that has a transducer flush-mounted into the hull bottom, and start marking scattered fish in the 10-foot depths.

Using trolling mode, which has nine presets, I select the slowest speed and drag a wild shiner at 1 mph. Any faster and it wouldn’t swim right. Any concern about engine noise scaring the fish is dispelled when I land the day’s biggest fish, a three-pounder, and later catch a two-pounder. Keep in mind, I had to drive directly over both of these fish to put the bait in position.

After six hours of cruising and trolling, I happen to glance at my gas gauge and am startled to discover I’ve burned less than a quarter of the oversized 18-and-a-half-gallon fuel tank. PWCs aren’t known for their range, but with a four-gallon LinQ auxiliary fuel tank ($170) this rig has the ability to reach far-flung places for fishing or touring. Owners can even attach a LinQ Sport Bag ($170) on top of the fuel tank for more storage. This three-up PWC even has a tripod ski tow that attaches to the LinQ connector and further increases its versatility, though some fishing veterans might claim that’s just a way to troll for sharks.

One thought on “Sea-Doo Fish Pro”