The stylish Trifecta S-Series 23 SB2 Arch is rigged and ready for watersports and entertaining. 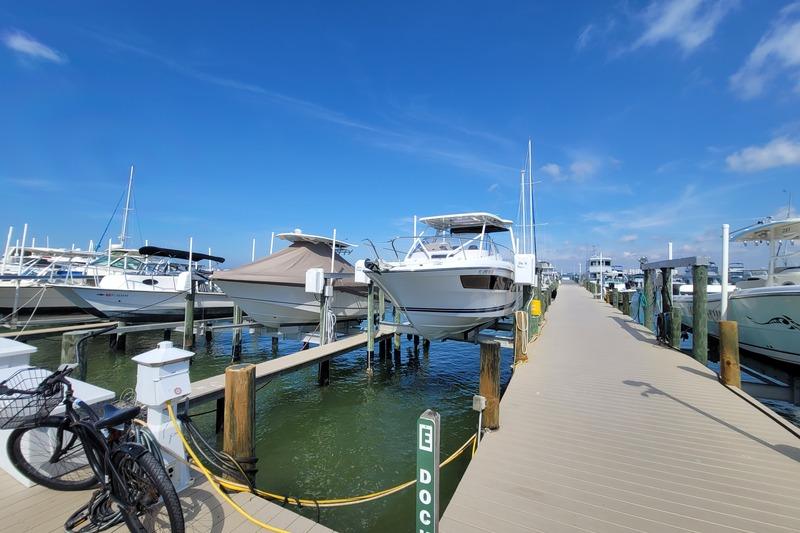 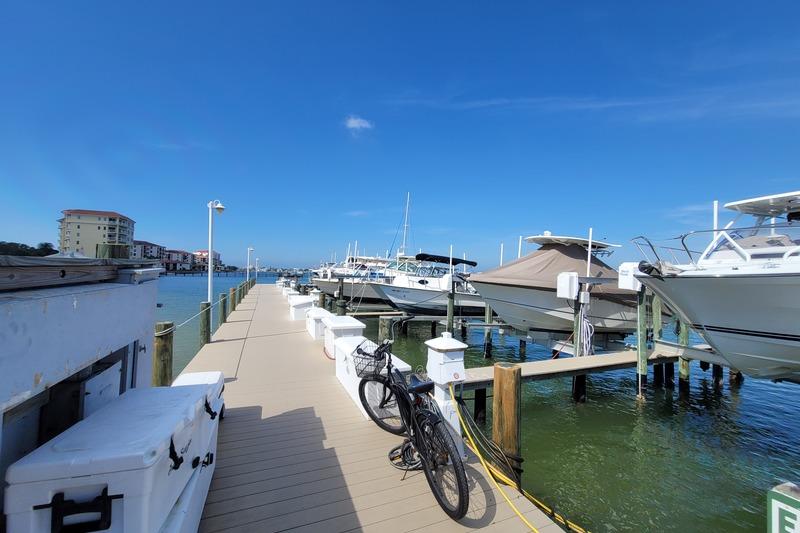 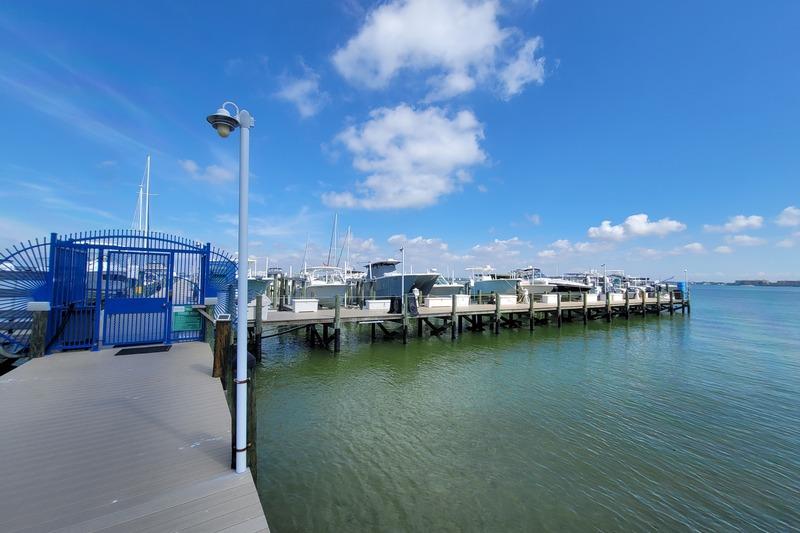 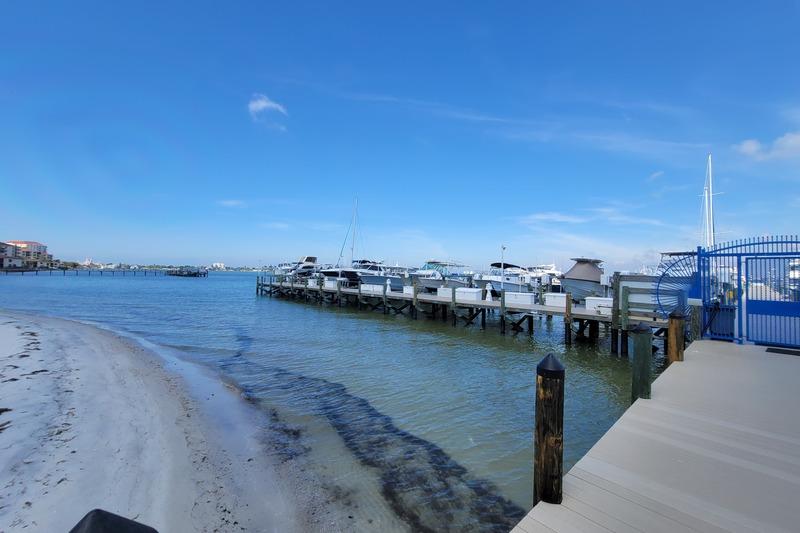 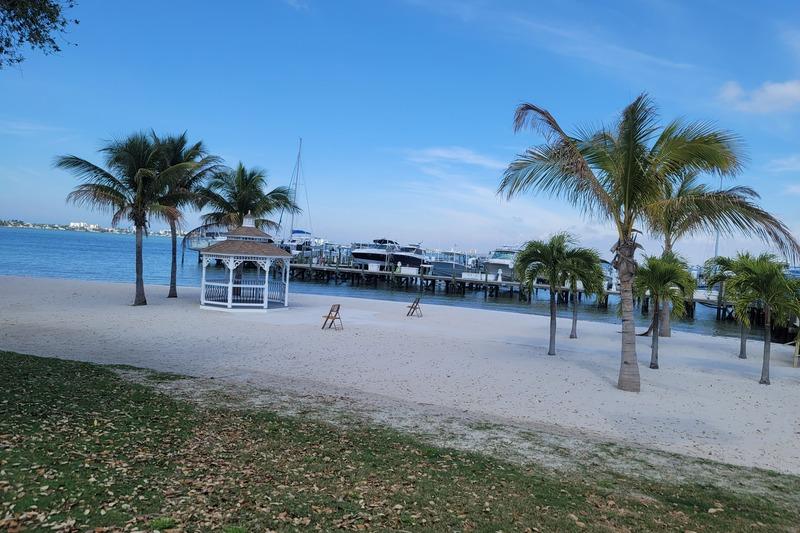 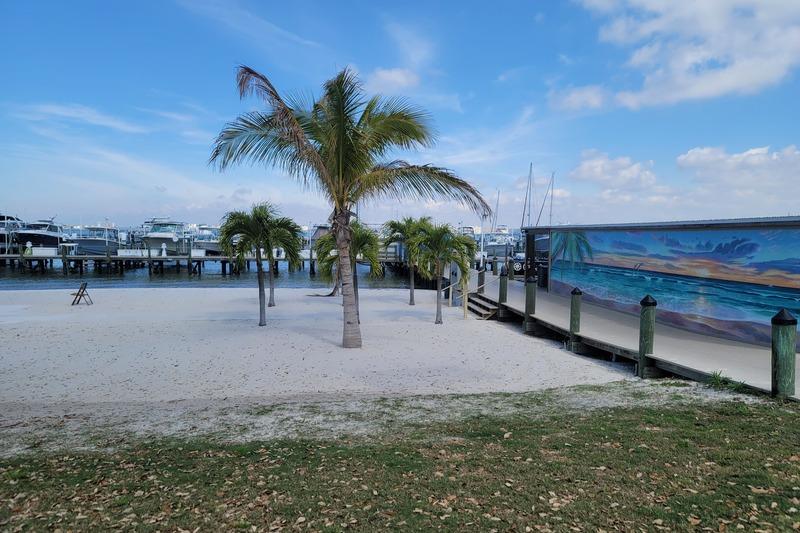 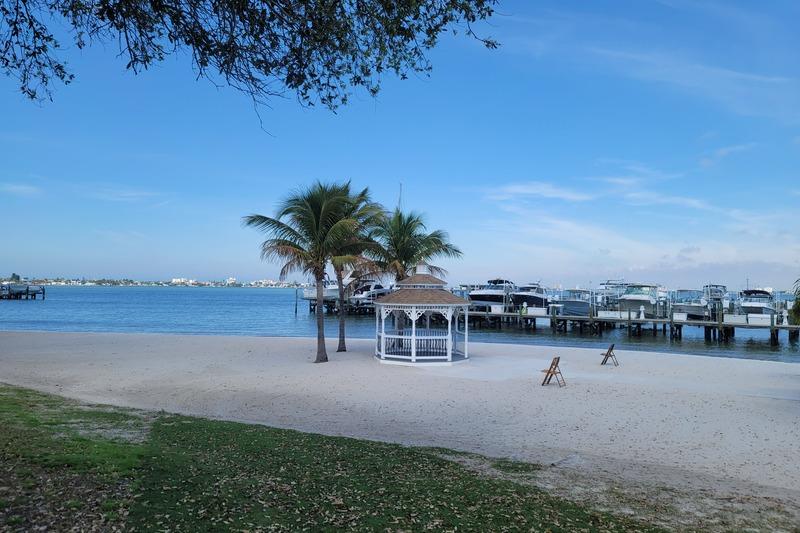 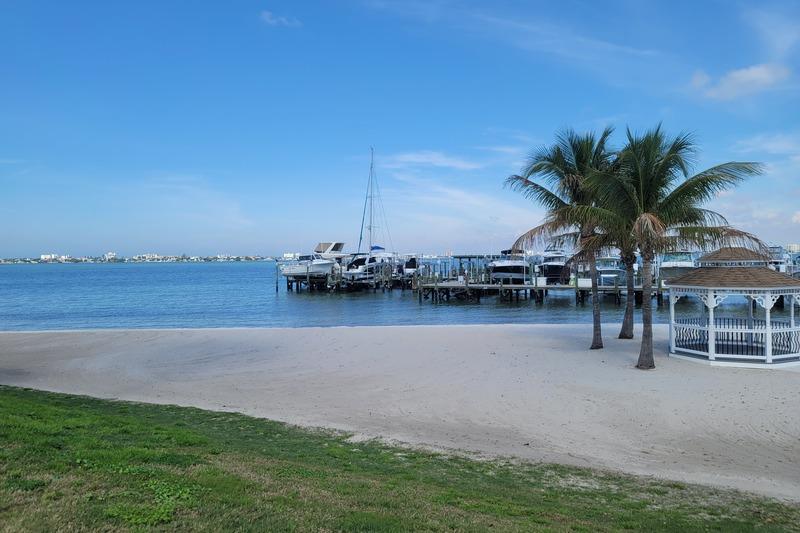 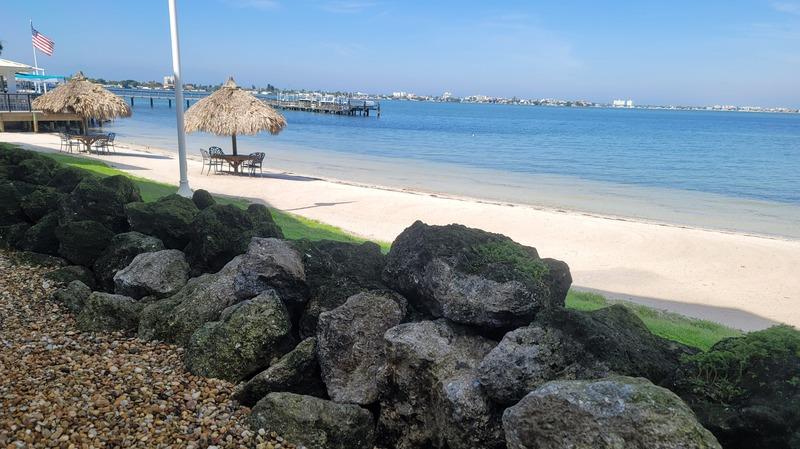 Berkshire Hathaway — run by Warren Buffett and boasting a stock price of $300,899 for one share — didn’t get where it is by investing in companies that offer shoddy products. That’s Trifecta’s parent company. Backed by that pedigree, the Trifecta S-Series 23 SB2 Arch should pay strong dividends for boaters looking to invest in their future on-water happiness.

Doublewide stern recliners are still among the most popular configurations for pontoon boats, but often the accompanying swingback backrest creates some limitations. When flopped rearward, most create a comfortable backrest for passengers sitting on the forward-facing stern bench, but it kills the comfort for passengers who want to sit or recline facing aft. The engineers working on the Trifecta S-Series 23 SB2 fixed this issue with a secondary backrest. It flips up for rear-facing passengers, but when the swingback backrest is flipped forward, the second backrest can be folded down to become part of the expansive stern sunpad.

A swingback backrest creates two bench settees or one large sunpad, depending on its placement.

The Trifecta S-Series 23 SB2 Arch model we tested had this year’s new arch, which is two feet longer than last year’s and extends over the helm station, so when the Bimini top is deployed, the driver is just as shaded as the passengers in the stern. The arch is color-coordinated and has a high tow point for watersports such as wakeboarding. A Sport ski tow bar costs $1,000, but it’s a work of art that complements the arch with similar styling and is also color-matched to the fencing’s vertical accent panel.

The arch is color-coordinated and has a high tow point for watersports such as wakeboarding.

Our test Trifecta S-Series 23 SB2 Arch had the 3.0 Performance Package, which includes three 25-inch full-size tubes and a 37-gallon fuel tank. Four-inch lifting strakes on both sides of the center tube and strakes on the inside of the outer tubes create plenty of lift out of the hole. Buyers can power this tube package with up to 250 hp, but our test boat had a Yamaha VMAX SHO 200 (VF200) that pushed it well. The biggest difference between the VF200 and the standard F200 — aside from a $2,700 upcharge — is displacement. The F200 is part of the 150/200 hp inline four-cylinder family that displaces 2.8 liters, while the VF200 is in the V-6 line with 4.2L of displacement.

The V-6 block of the VF200 provides lots of torque, which helped put the 23 SB2 Arch on plane in 2.3 seconds and pushed it to 30 mph in 7.8 seconds. Top speed reached a respectable 44.8 mph, but buyers who need greater speed can upgrade the tube package to the 3.0+ ($2,000), which includes power steering, planing pads, a 50-gallon fuel tank, a ski tow and a beefier transom that allows the boat to be powered by up to a Mercury Racing 450. Trifecta will rig any other brand of outboard.

Yamaha power provides the giddy-up, and a boarding ladder gives skiers, swimmers and boarders easy access to the boat.

Pontoon boats can be a little tricky to dock in certain conditions, which points to another advantage of going with the Yamaha VMAX SHO 200 over the F200: the former’s greater steering angle range. While the F200 has a steering angle of 32 degrees — the same or better than the Evinrude E-TEC G2 200 (30 to 32 degrees depending on model) — the VMAX SHO 200 can rotate 35 degrees in either direction. While this doesn’t sound like a lot, it’s amazing what a difference a few extra degrees makes. We stage our tests in a very narrow channel on Lake Wawasee in northern Indiana, and it usually takes about four forward and reverse maneuvers to turn around. With this rig I accomplished it in only two, and I wasn’t sure why until I noticed this difference on the spec sheet.

The driver has an MFD and analog gauges as information sources, and he can rotate the seat to join passengers on the aft settee.

Trifecta is the newest line of pontoons from Forest River Marine and shares a lot of the sporty DNA of its sister brand South Bay, which is more widely known. People are still talking about Brad Rowland’s 114 mph run on a South Bay 925RS at the 2013 Lake of the Ozarks Shootout, a speed he still hasn’t been able to beat (112 mph this year). Part of the reason Rowland chooses South Bay are the pressurized pontoons. The pressure makes them more rigid and better able to handle punishment — think of the rigidity of an unopened two-liter Coke bottle — so performing maneuvers such as ridiculously tight turns is child’s play for the 23 SB2, despite the extra stress.

With its electro-hydraulic power arch and optional stern Sport ski tow bar, the Trifecta 23 SB2 Arch is well suited for watersports of all kinds, except wakesurfing. Board storage can be increased with optional tower racks and an in-floor ski tow locker. And what better way to spot for skiing than by reclining on a doublewide stern lounge? The driver keeps an accurate accounting of the pontoon’s speed thanks to a standard Humminbird or Simrad color GPS/fishfinder that’s flush-mounted at the helm. A pair of analog gauges is there for drivers who prefer old-school data scanning.

The 23 SB2 Arch stretches 24 feet, 5 inches and is rated for up to 13 people, so it has the size to be a good party platform. There’s plenty of seating on the twin lounges up front and to the left of the driver. The seats are a little different on this pontoon; the rails are 27 inches tall, which is higher than normal, so the seatbacks are higher but they have larger seat bottoms as well. They feature what Trifecta terms a “teardrop” shape at the edge, which is more ergonomically pleasing to the back of one’s legs, as is the Soft Touch upholstery. A second captain’s chair can replace the amidships lounge to port. But it doesn’t have to. Trifecta offers 15 other configurations in its 23-foot pontoon class and 20 more in its line of 25-foot-long pontoon boats, including more than a few fishing models.

This ’toon is well-tuned thanks to a standard KMC10 Kicker Bluetooth stereo with four lighted 165-watt speakers. Buyers this year can upgrade to a Polk stereo system with a subwoofer.

Buyers can get downright creative with the wide color palette Trifecta offers, inside and out. Outer fencing can be had in any of 13 colors for the top or bottom panels and also for the vertical sweep accent panel. Eight choices are available for the Bimini top. The upholstery features four basic colors that can be accented by eight different splashes of color. Odds are good owners won’t see another one that looks the same as theirs. On the Trifecta website, interested parties can see what each color combination looks like by clicking the mouse … a far better way than just looking at inch-long swatches in a catalog.

Trifecta line models are premium pontoons, as evidenced by the $86,812 price tag for the S-Series 23 SB2 Arch model when powered by a Yamaha VF200. (One share of Berkshire Hathaway stock could yield a family three of them.) Subtract $6,293 from the bottom line by eliminating the arch, but the boat’s cool factor will drop according. The list of standard features does a lot to explain the price. Included is an all-woven vinyl deck, stainless steel cupholders, a ski tow and a boarding ladder. For increased nighttime ambiance, an RGB lighting package costs $3,000.

The aft bench converts to a sunpad thanks to a swingback backreast. 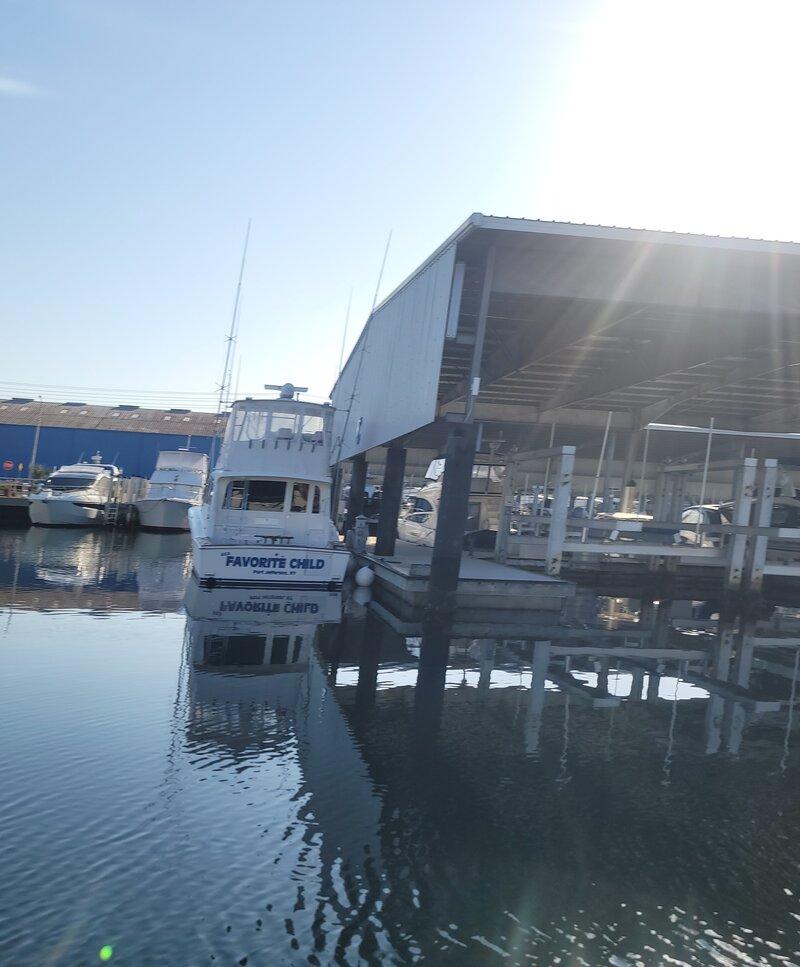 The fencing to the side and behind the helm needs more bracing.

I asked my wife, Sherry, if she wanted to go out for dinner at a place nearby and on the way noticed a boat show, so we checked it out. When we came to the Trifecta I liked, there was someone on the boat with Ben, the sales manager from Malone’s, and I said, “Hey, you’re on my boat!” Love at first sight. Sherry fell in love with it too, and we made a deal. We have five grown kids and four grandkids, and this boat has really helps us all spend more time together having fun. We do our boating on Kentucky Lake, which is part of the Tennessee River, and love to raft up with our friends and socialize, and sometimes we head to The Breaker’s Marina to eat. Malone’s Marine has been fantastic. We bought our boat in January and they stored it in their showroom and gave us visitation rights, so we would go to the dealership with friends and hang out on our boat. Mercury was behind on production of the 250, and Ben worked really hard to get one in time for Memorial Day, with the offer of a loaner if he couldn’t.