The Ranger VX 1788 WT is ready to chase whatever quarry you choose. 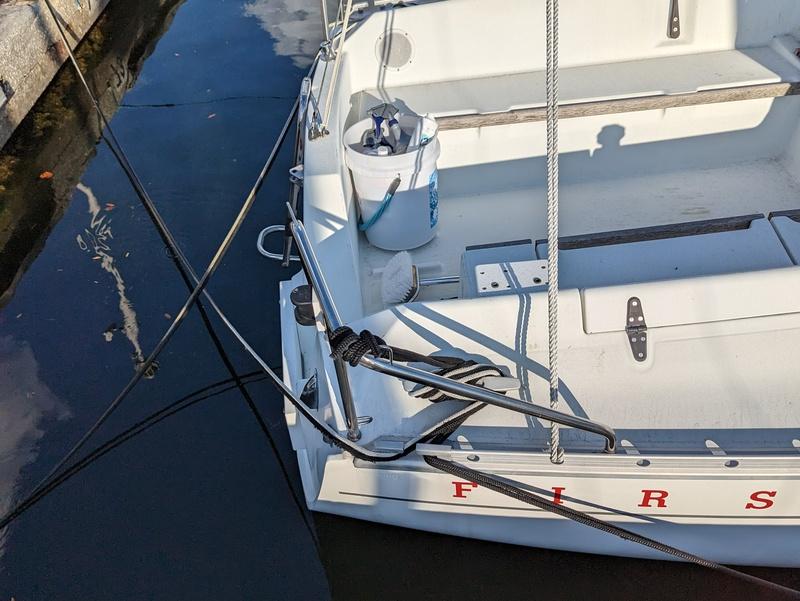 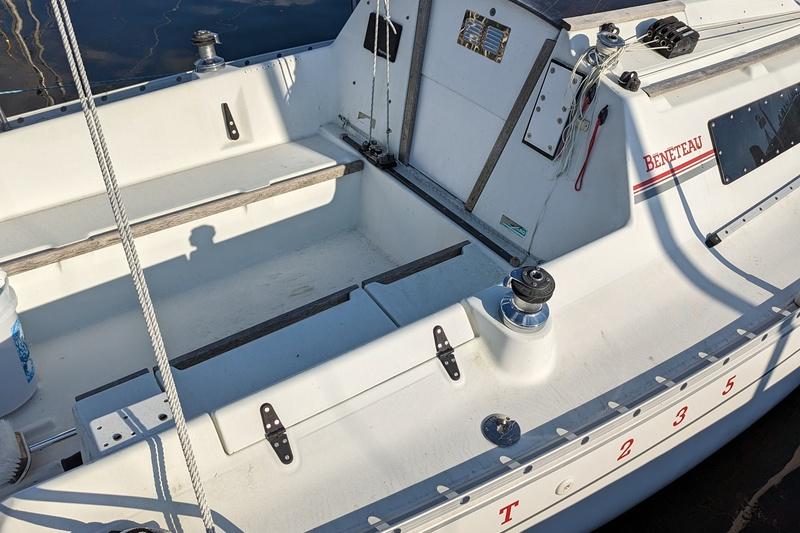 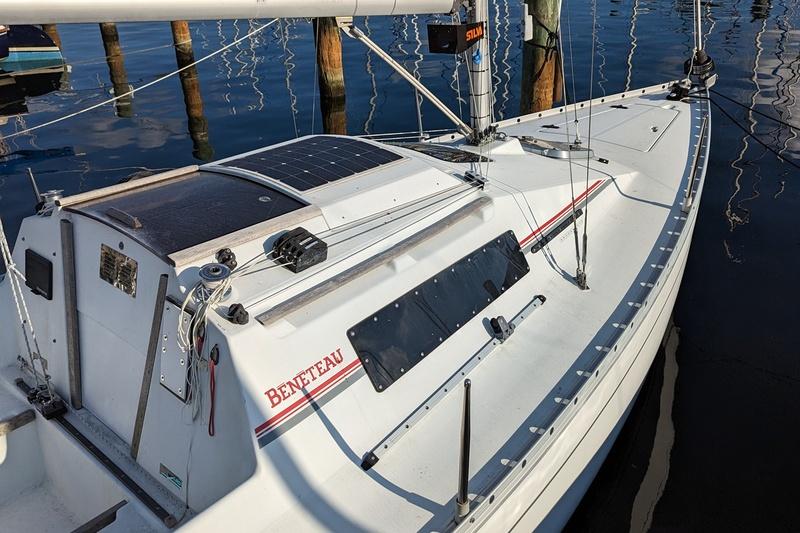 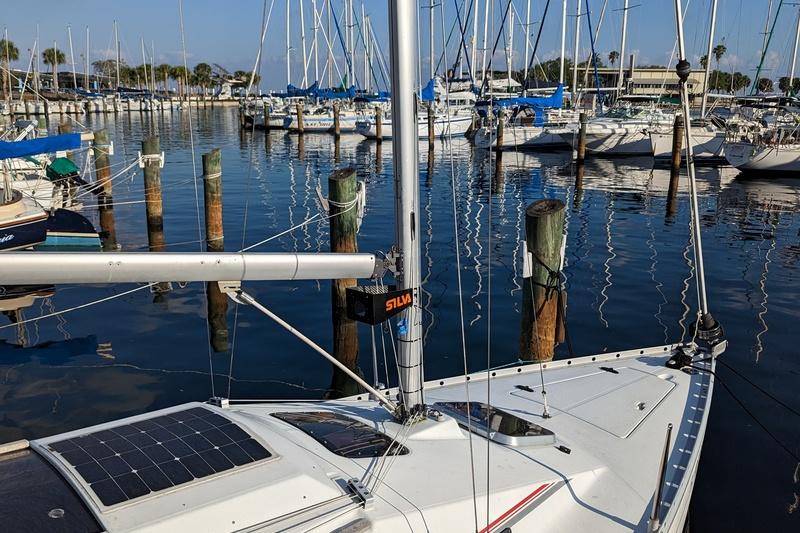 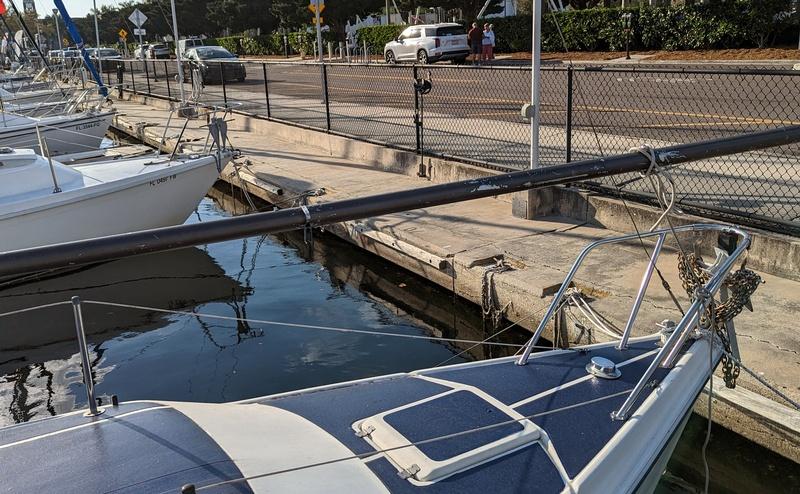 It’s almost certain whoever coined the phrase “Jack of all trades, master of none” never took a ride on the Ranger VX 1788 WT. Ranger’s newest multispecies aluminum deep-V boat is rigged and ready to go for everything from bluegill to muskie. Like ice-fishing shacks, aluminum fishing boats used to be the purview of the northern angler. Anyone who was in one was going to be baiting a hook and getting down to some serious fishing business. While Ranger is a relative newcomer to the aluminum boat business — 2013 was the first year it produced them — its designers shared some of the fiberglass know-how they gleaned from building models such as those in the Reata line, which helped them build an aluminum model that passes the family boat test.

The first feature I noticed about the Ranger VX 1788 WT was its width-to-length ratio. In relation to its 18-foot, 2-inch length, its 8-foot, 6-inch beam — the same beam as a Regulator 26 center console — translates to a surprising amount of interior space. That 102-inch beam provides plenty of room to walk between the twin Air Ride helm seats and creates more room on the front casting deck, which includes a filler sectional that maximizes its square footage. To make the bow a non-stumble zone, a hatch holds a foot pedal for the standard Minn Kota 70PD trolling motor. The pedal can be stored neatly away, and during use it perches atop the closed lid. Normally Ranger isn’t shy about charging for its boats, as evidenced by the near six figures buyers can spend on a top-of-the-line Z521L, if they select enough options. In contrast, the Ranger VX 1788 WT is aggressively priced to compete with more established aluminum brands. With the largest engine available, the Mercury ProXS 175, and a standard dual-axle trailer, the total comes to $38,345. Compare that to the similarly equipped Lund Tyee 1800 — 1 inch shorter and 5½-inches narrower — which costs $44,017, and the Ranger looks even better. Ranger offers six hull color choices at no extra charge, and its pedestal and jumpseats are quite upscale, which runs counter to the trend on less expensive boats. Ranger’s in-house craftswomen — there were zero men fabricating the seats during my last visit a few years ago — make sure the upholstery stands out.

The least expensive iteration of the Ranger VX 1788 costs $36,095 when powered by Mercury’s inline four-cylinder 3.0L 150 FourStroke, an engine that should push the boat well. Ranger is owned by Bass Pro Shops, whose boats have been equipped solely with Mercury engines for decades, but Ranger will rig the VX 1788 with Yamaha and Evinrude outboards. An upgrade to Mercury’s new 3.4L V-6 175 Pro XS fourstroke is totally worth the $2,300 price bump, and not just for the added 25 hp. The new-gen outboard features a service hatch on top that allows owners to check and add oil without removing the cowling. Its deep growl at startup is extra gravy. The VX 1788 launched like a frightened rabbit and got on plane in just 2 seconds with minimal bowrise. It blazed to 30 mph in 6 seconds flat and reached a sporty top speed of 50.8 mph, which on an 18-footer feels a heck of a lot faster.

The Ranger VX 1788 features a deep-V hull that has 20 degrees of deadrise, which is a lot for a sub-20- footer. This is mitigated by its substantial 1,950-pound weight — the aforementioned Lund weighs just 1,400 pounds — and its wide beam. We tested the Ranger on a rough day on Table Rock Lake, near Branson, Mo., and found it handled the chop really well, even at top speed. Its wide beam allowed it to cruise slowly through the waves and easily stay on plane at less than 20 mph, which is a handy trick when someone flips the toggle switch on the wind. This Florida boy greatly appreciated the tall walkthrough (the WT in the boat’s name) windshield on a chilly morning, because it ate all the spray our boat collected and cut the chilly air nicely. With a bit of inward lean, the VX 1788 carved impressive turns in either direction.

Designed to be a multispecies fishing boat, the Ranger VX 1788 WT has four rod-storage areas that have tubes to protect delicate rod tips. In the centerline bow compartment is storage for up to six 7-and-a-half-foot-long rods. Under the portside gunwale is a lockable rod locker for three 8-and-a-half-footlong rods. And in the bow, on both sides, are under-gunwale rod racks that bring the total storage capability to 13 rods.

On top of the gunwales is a Bert’s compatible track system that allows owners to add accessories such as rigging tables, downriggers and extra rod holders. Such capability comes in handy trolling a spread for striper and walleye or spraying some buckshot for panfish with a dozen rods deployed. The seven-gallon baitwell set into the foredeck in front of the helm can hold dozens of golden shiners or can be used to hold crappie. The 20-gallon stern livewell can hold extra-long fish such as pike or musky, and it can be divided, so bass tournament anglers can segregate potential culls. The Ranger VX 1788 WT also has a playful side. A standard two-speaker Infinity Bluetooth stereo system facilitates entertainment, and a receiver for an optional ski tow pylon ($570) enables watersports. As on most aluminum fishing boats, the boarding ladder is sort of an afterthought, made primarily for anglers who lean a little too far over the gunwale to land a fish. For folks who ski, it would be nice to have a four-step ladder option with grabrails.

A buyer’s biggest decision on the Ranger VX 1788 is whether to get it with a full walkthrough windshield or a dual-console with two smaller Plexiglas windscreens (VX 1788 DC). To me it’s a no-brainer. The WT costs $700 more but comes with a curtain set with a windshield connector ($899) that will allow the crew to fish comfortably in rainy or chilly weather. For boaters up north, this adds months to an all-too-short boating season.

The boat includes four pedestal seat receivers, and twin jumpseats at the stern flip down to help form a large aft casting platform. The cockpit deck is clad in vinyl, and the fore and aft decks are covered in carpet, but buyers can make all surfaces vinyl if they choose, for $222. Alternatively, snap-in carpeting costs $475. Up front, bowriding seatbacks are already in place, so the corresponding cushions for the deck ($378) are a must-have.

For fishing, the Ranger VX 1788 WT’s all-fiberglass helm comes standard with a Lowrance Hook-2 5-inch fishfinder, but buyers can boost their angling prowess with a Lowrance HDS-12 LIVE for $3,300, or any size screen in between. At the bow, a fiberglass panel is ready to accept another 12-inch fishfinder/GPS. And for the ultimate in no-anchor fishing, upgrading the trolling motor to a Minn Kota 80 Terrova with iPilot Link ($1,763) is a must. It interfaces with the boat’s GPS and comes with a key fob–like device the operator can use to control it and make it perform functions such as Spot Lock, which keeps the boat hovered over a hot fishing spot.

I wish the livewells had timers; they are either on or off. Plus, we added a screen to prevent minnows from escaping through the outflow.

We had a fiberglass Ranger 681 for 20 years and loved it. When it was time for a new boat, I saw Ranger had started building aluminum boats, which are better for the rocky shorelines we have in Minnesota and Canada. My wife, Lorri, isn’t quite as avid an angler as I am, but she likes to go out with me on the local lakes near Minneapolis with our son Kenny and grandson, Liam, who is four and just getting into fishing. We plan on taking him tubing also. I am really picky about my boats and the Ranger is perfect for what we do. We took it to the Missouri River in South Dakota and got into 4-footers and it handled the conditions well. I like to fish for anything that’s biting — walleye, crappie and even carp — but most of our time is spent casting for bass. Frankie’s has been fantastic. Todd and Frankie are great; they gave me a $12,000 trade-in on my mint-condition, 20-year-old boat.