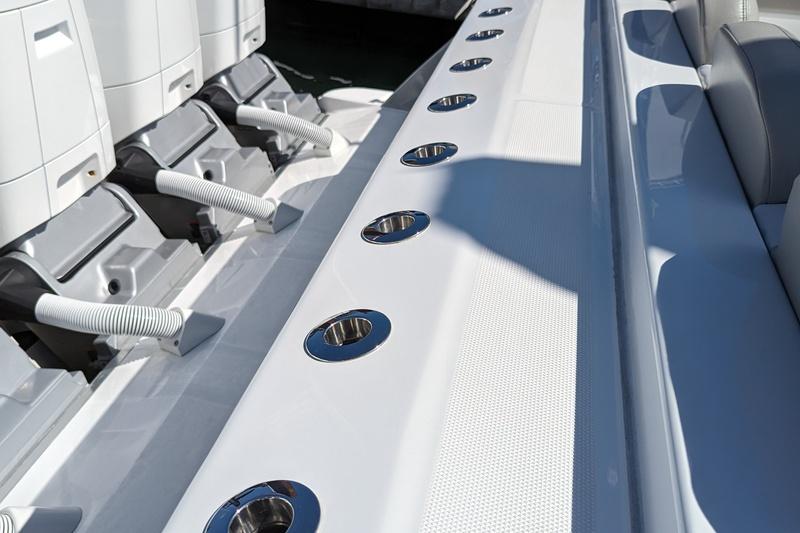 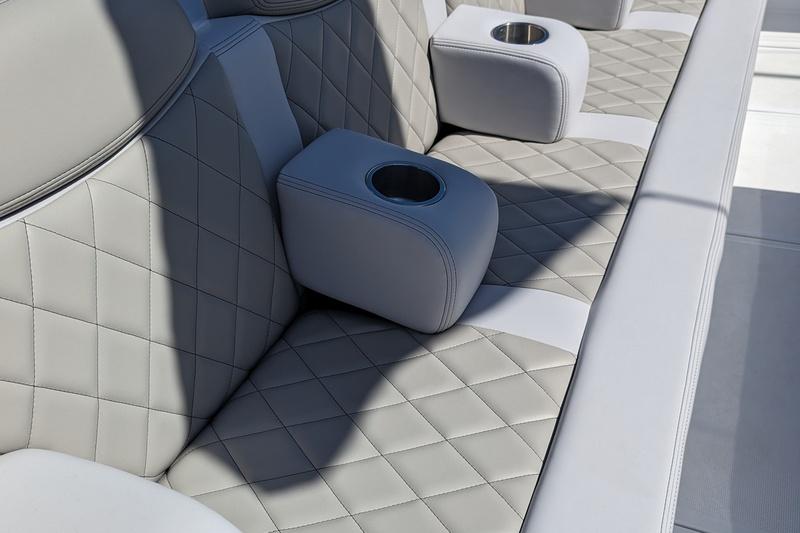 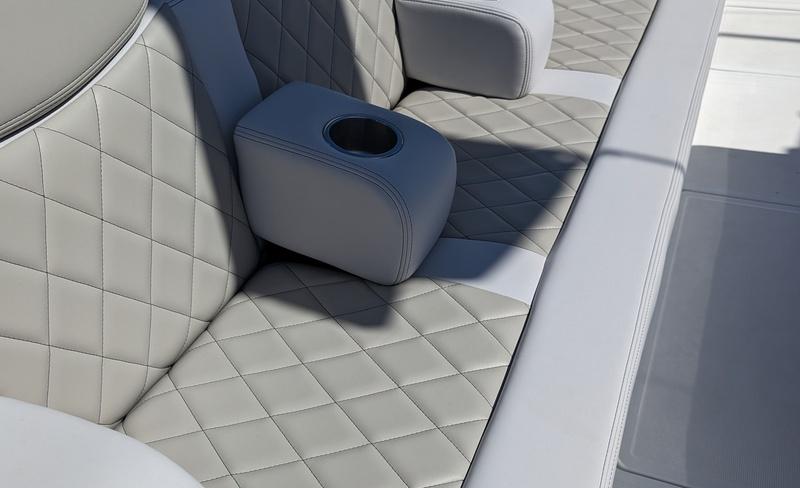 On the surface anyway, the 2014 Yamaha FZR and FX Cruiser couldn’t be more different. The FZR is built for extreme riding and racing, as evidenced by the recent cover of Pro Rider magazine, which shows a helmeted Dustin Farthing in full race mode, slashing a hard turn. The FX Cruiser, on the other hand, is a three-seater with all the creature comforts you would expect of a top-of-the-line luxury PWC. So what, if anything, do they have in common? Pulling off the seats reveals the answer: Yamaha’s new Super Vortex High Output (SVHO) engine.For PWC speed fanatics, a stock machine is a blank canvas screaming to be modified. Aftermarket companies such as Riva Racing have made a living out of tweaking engines to achieve better performance. The problem is that when you start messing with a new PWC’s engine, there goes the warranty. For 2014, Yamaha decided to do the heavy lifting by modifying its bad-boy SHO engine for you. Although Yamaha doesn’t publish its horsepower ratings, it’s estimated the new powerplant goes as high as 270 hp, depending who you ask. That’s about 50 more horsepower than Yamaha’s SHO engine. And for only $400 more, it’s the best bang-for-the-buck upgrade in the industry.So how did Yamaha accomplish this quantum leap? First, a new supercharger provides 60 percent more boost and features an intercooler that’s 25 percent more efficient than on the SHO engine. Like the SHO, the SVHO features the largest-displacement engine in the PWC industry (1.8L), which gives it a head start to making power effortlessly. Virtually every component has been upgraded — the 160mm 8-vane jet pump, an improved fuel-injection system and a new top-loader intake grate. Even the oil cooler is more efficient. Forged pistons replace cast models, to handle the increased power, and an extended ride plate and more aggressive sponsons improve handling. The only downside is that the SVHO likes premium fuel. So what does all this new-found fury feel like on the water? I’ve never been shot out of a cannon or launched off an aircraft carrier, but I’m guessing the sensation is pretty similar. Taking the FZR for a spin on Lake Lanier, north of Atlanta, proved to be an eye-opener and, thanks to the cool morning, an eye-waterer as well. Fortunately, the Fastback seat’s pronounced bolster holds you firmly in place, because when you fire the finger-throttle trigger, to paraphrase Doc Brown in “Back to the Future,” you are going see some serious … ah … stuff. Even though the power comes on furiously, it doesn’t explode uncontrollably; rather, it rolls on smoothly, as I found out while streaking to 30 mph in just 1.3 seconds. Top speed was a couple of tenths under 70 mph, only because it’s been limited by a gentleman’s agreement with the Coast Guard.The other component of high performance is hull design, and Yamaha uses a proprietary NanoXcel hull, which is extremely strong and weighs 25 percent less than conventional fiberglass. Because the material is compressed under high pressure, it produces a shinier surface to better show off its metallic black-and-blue finish. Weighing 827 pounds, the FZR is the lightest PWC in its class, and the benefits of that show on the water. With the Quick Shift Trim System clicked in its bow-down setting for quick launches, riders can crank it into really tight turns without having to resort to acrobatic maneuvering. Just lean in a little and crank the handlebar, and it goes right where you point it. When you get ripping in a straight line, trim it up and air it out.While the FZR comes ready to race right off the showroom floor, the one- or two-seater also makes for a great recreational ride. A Yamaha exclusive is the telescoping handlebars, which allow the rider to stand to handle rough water or to achieve a stretch position during long cruises. An expansive rear deck with a custom black-and-blue Hydro-Turf mat and a ladder is easy to reboard. It even has 21.3 gallons of storage capacity and special Command Link gauges to keep you informed of all engine parameters. When paired with the SVHO engine, the luxurious three-seat FX Cruiser model becomes the ultimate sleeper. Idle up to someone riding another high-performance model and give him that questioning nod, then hammer the throttle and all he’s going to see is your rear deck and trademark Yamaha roostertail. During our test, it reached 30 mph in 1.5 seconds, which is only two-tenths of a second slower than the FZR, and it came within 0.5 mph of its top speed, just shy of 70 mph. At 140.2 inches, it’s 7.5 inches longer than the FZR and weighs 48 more pounds, but that only affects handling slightly. It’s still substantially lighter than anything in its class thanks to its NanoXcel hull and deck, and it can savage a buoy course in full attack mode. Its longer length translates into a smoother ride over the chop, and even with three mid-sized adult riders, it’s very stable thanks to its 4-foot-plus beam. The Stadium saddle gives everyone his own dedicated section, and its graduated height gives everyone a good view.

Luxury standard features on the FX Cruiser include adjustable tilt steering, an extended rear deck with a reboarding ladder, No-Wake mode, Cruise Assist, a multifunction instrumentation panel and gauges, and pull-up cleats. For skiers, there’s a ski tow, rear-view mirrors and an easy-to-access rear storage bin for items such as the tow rope. It’s also got a mechanical neutral position to avoid those “whoops-started-it-in-gear” YouTube moments. Storage is an amazing 33.2 gallons, and with an 18.5 gallon fuel tank, it’s ready to go cruising — hence the name.