Alumacraft’s new 1860 Coastal Bay Tunnel is designed to go where other boats can’t, without breaking the bank. 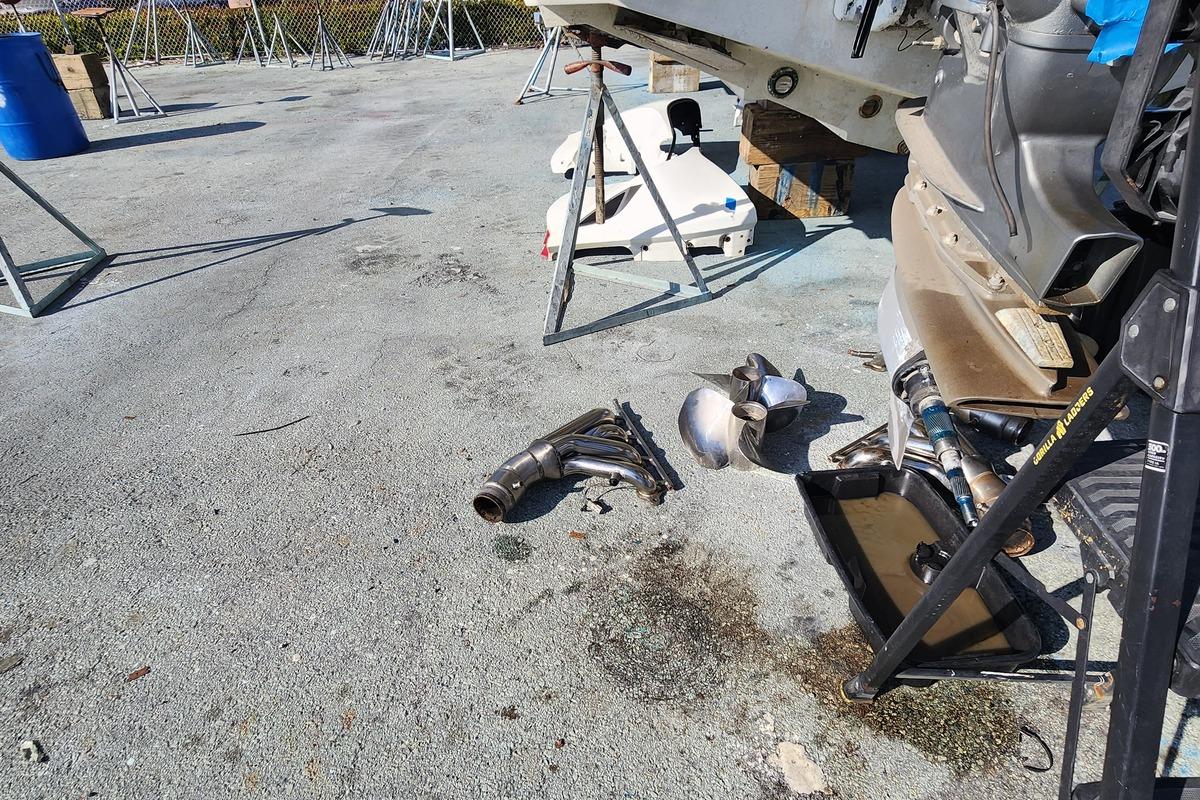 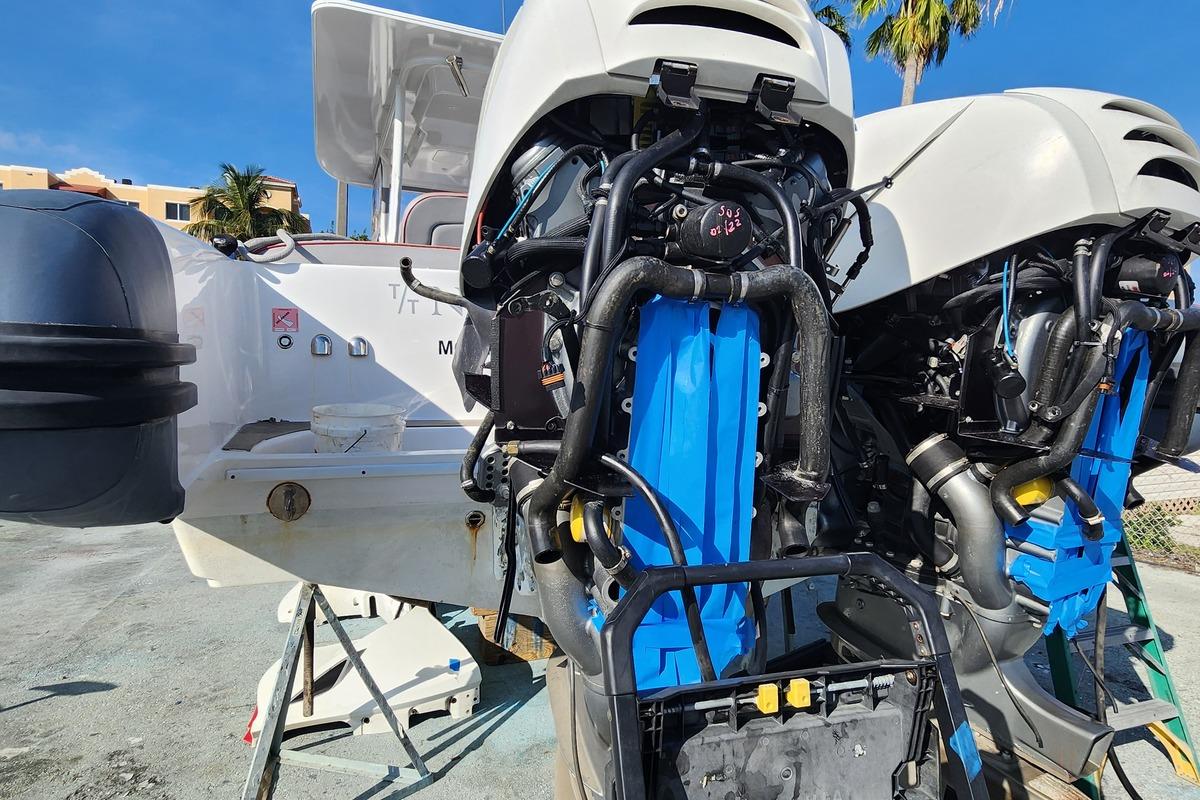 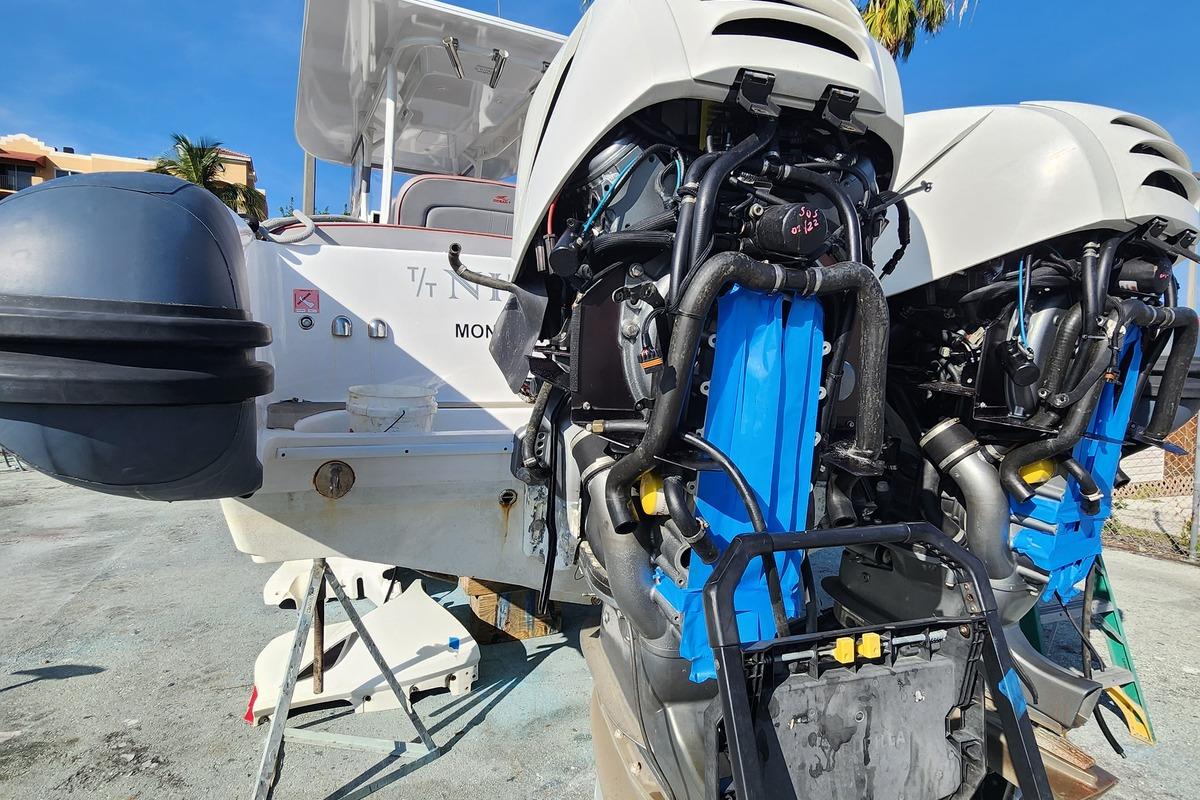 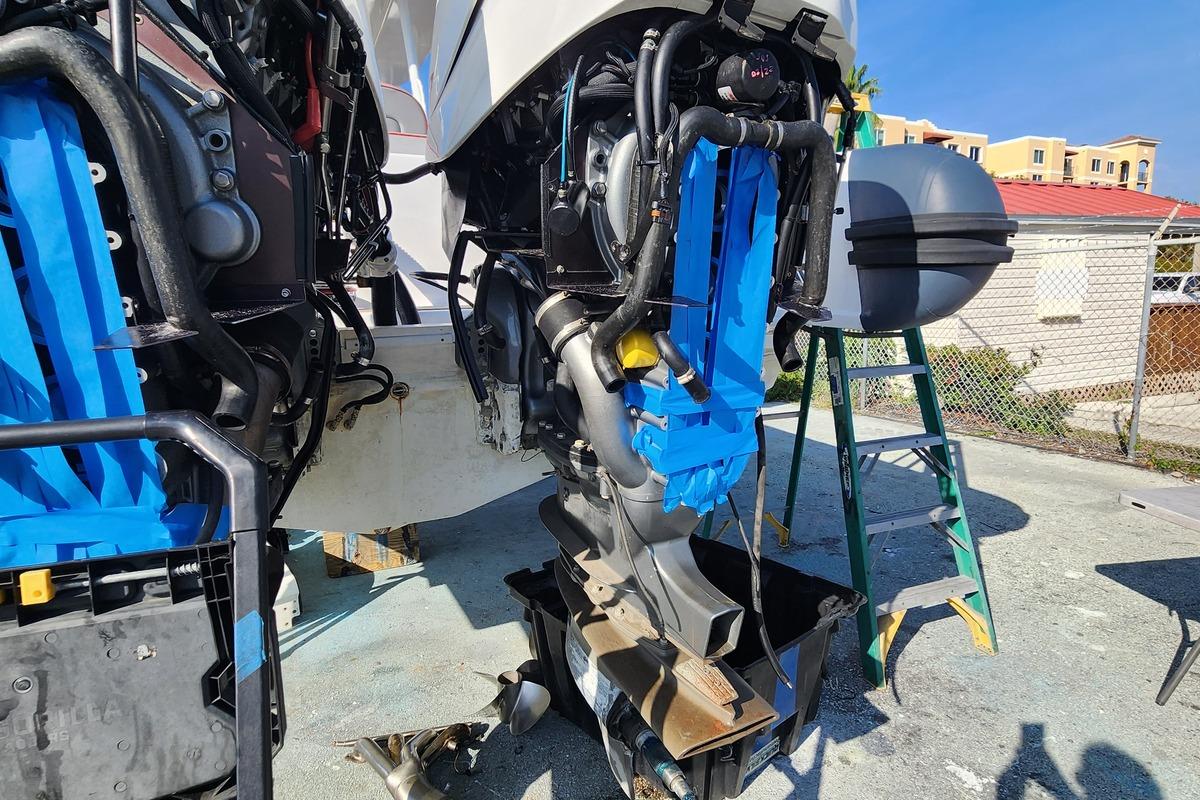 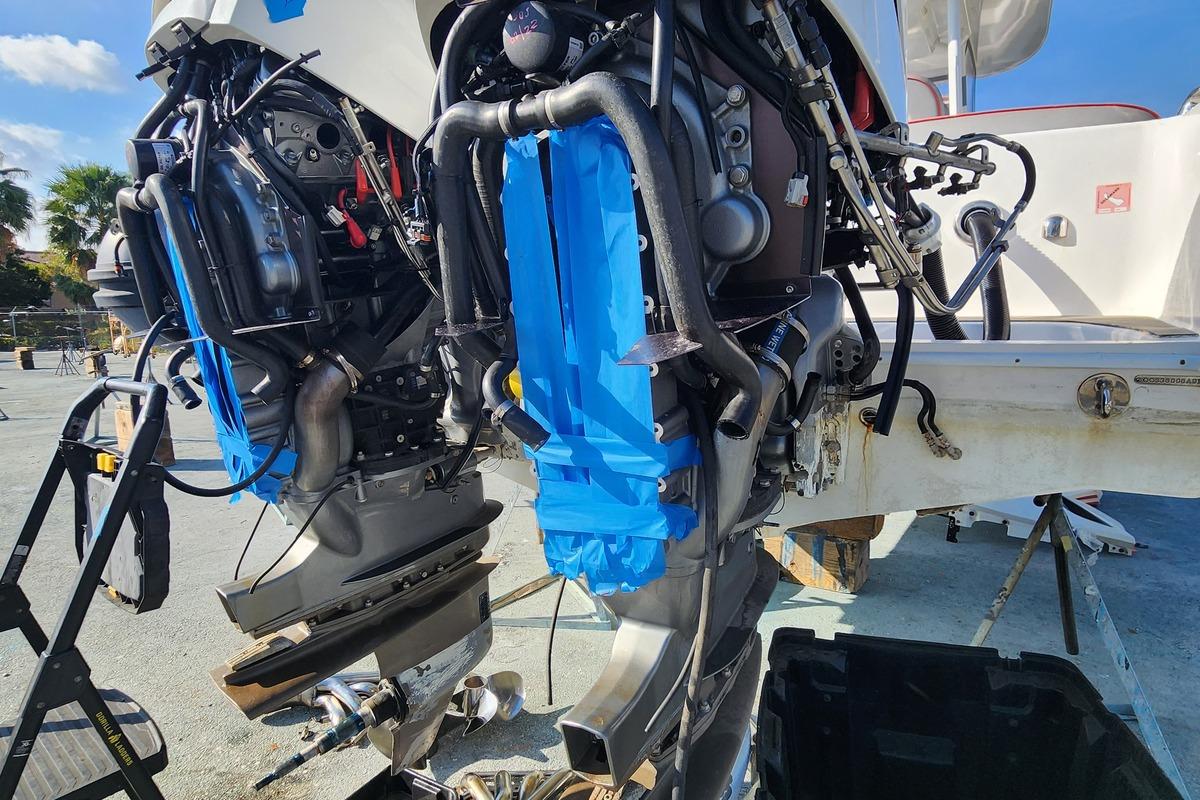 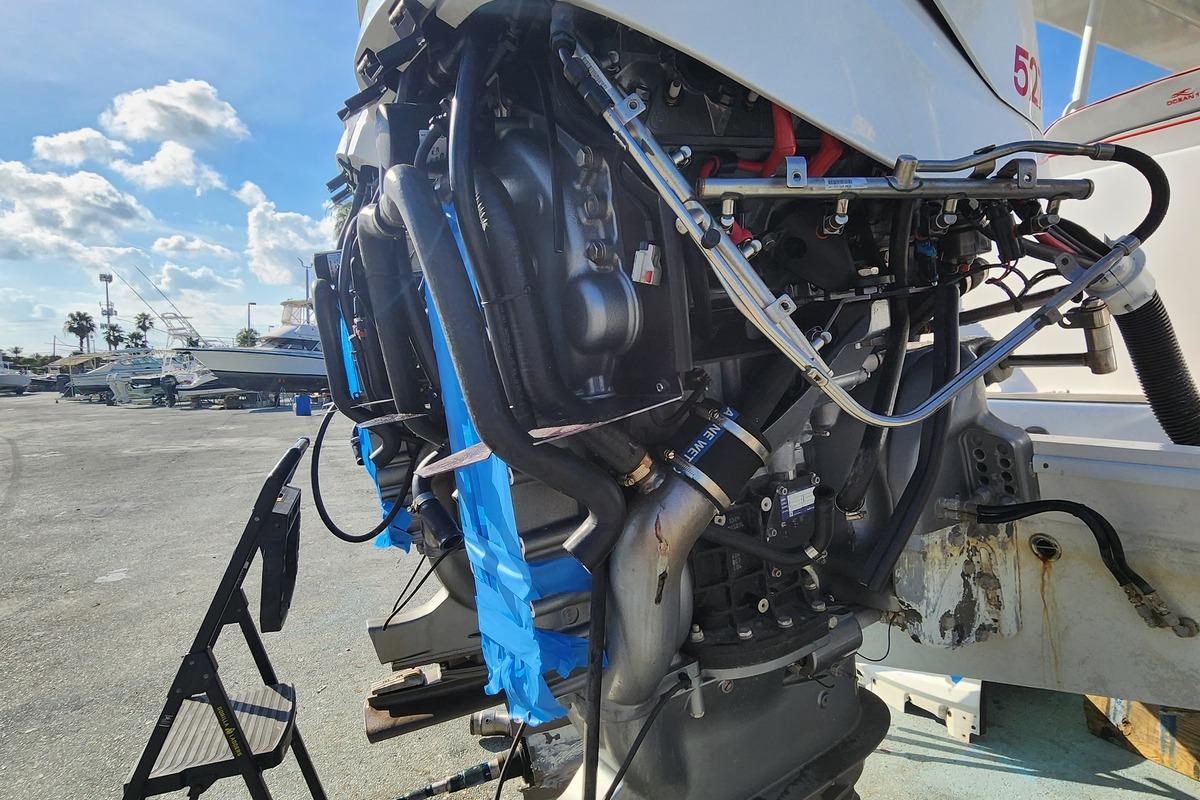 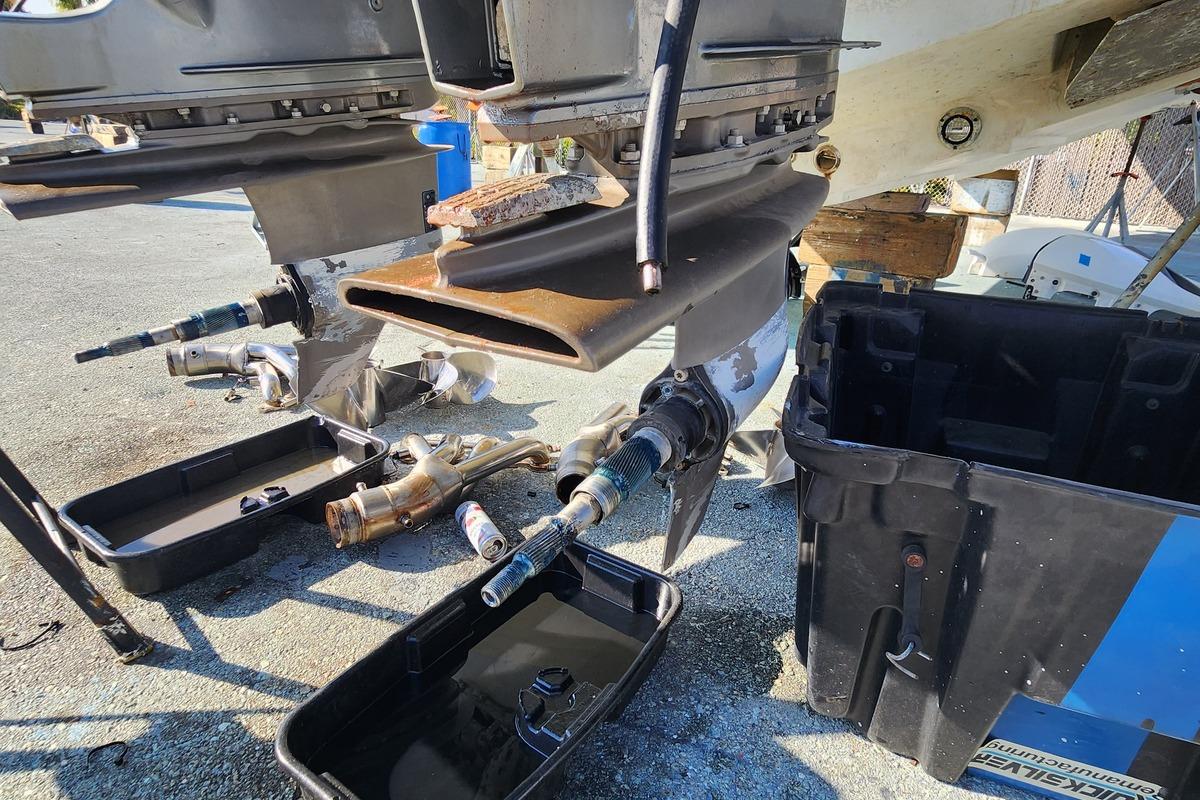 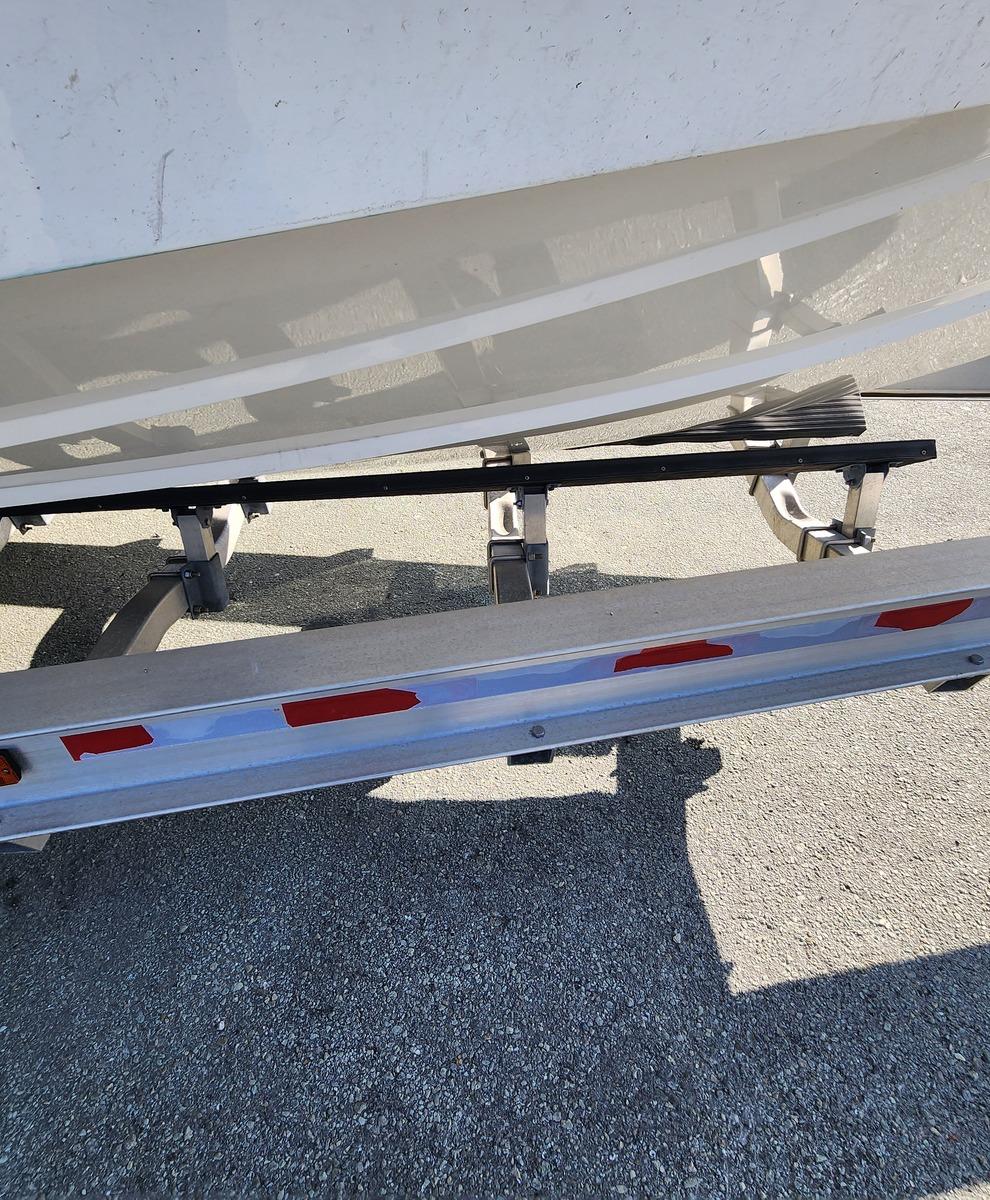 Fish love skinny water, maybe because they know many anglers’ boats can’t go there. Well, they are absolutely going to hate the Alumacraft 1860 Coastal Bay Tunnel, a boat that can run on a damp sponge.

Many aluminum boats in the fishing skiff family are really utilitarian, which is boat-speak for the opposite of stylish and attractive. Alumacraft’s Coastal Bay series boats break out of that characterization, however, by adding a splash of color throughout and some stainless steel flash. The Coastal Package offers buyers four color themes: Copper, Galaxy Blue, Sonic Red and Mica Black, which was our test boat’s scheme. But even the standard Bay boats offer four choices: Gun Metal Gray, Khaki, Sand and Camo.

The Mica Black color package starts with a slash of black on the upper hull, over the white Sand bottom. On the deck and gunwales of the boat is a tough-as-nails sprayed-on liner with splatters of color-coordinated black and some red, which will come in handy to disguise fish blood. The fiberglass center console — a rarity in aluminum skiffs — is also completely black to match the theme. Not only that, but its designers threw in a bit of sparkle, for some flash. On our test day on Lake Lanier, north of Atlanta, the sun was bright but the temperature was fall-crisp, so even with the solar stimulation, the console itself wasn’t as hot as I expected. For me, though, the jury’s still out on having a black, or dark blue, console until I see how it fares on a 100-degree day. I’ve seen the Copper version with its corresponding console, and I feel like that, along with the red option, might be a better choice for use in steamy southern states. The console itself is larger than ones usually seen on 18-foot boats and provides enough space to install flush-mounted electronics up to the optional 10.4-inch Humminbird Onix SI ($4,061). Our test model featured the Helix 5SI, which is a $650 option that handles the fish-finding job for a lot less. The stainless steel tilt wheel and SeaStar hydraulic steering come with the Coastal option, which adds $1,963 to the bottom line but also includes niceties such as the color-coordinated fishing seats and seatback and bottom for the jumpseat in front of the console, which is surprisingly comfortable and has two grab handles for rider security.

I had been on this same model a couple of months earlier at a Honda press event, also held on Lake Lanier, to unveil its new BF100, which is the engine our test boat had on its transom. This technological marvel has many of the features found on Honda’s flagship BF250, including Lean Burn, which reduces the air/fuel mixture during times the internal computer senses it’s under reduced load, to give it greater fuel efficiency. For better performance, Variable Valve Timing and Electronic Lift Control (VTEC) has a two-way camshaft that can switch to a high-performance mode in the upper end, to give it an extra kick when there’s a need for speed. Hammering the throttle quickly on test day triggered BLAST (Boosted Low Speed Torque), which advanced the timing and helped the 1860 BayT get on plane quickly, in 2.8 seconds. A pair of sponsons ($957) at the stern provide more flotation and act like fixed trim tabs that also virtually eliminate bowrise — a real plus for getting on plane in shallow water. The sponsons also act as boarding steps. With two people on board, the boat reached 25 mph in 8.3 seconds and hit a top speed of 40.7 mph. As well as this boat performed with the BF100, it’s rated for up to a 115, and that would be my call. Because Alumacraft is an independent boat company, buyers can rig it with any engine brand. The 1860 has a choice of two hull types: Standard and Tunnel. Our boat had the latter. The 6-inch-wide tunnel tapers into nothingness 60 inches forward and is there for the prop, so the driver can run it higher in the water and reduce draft when running. This means at speed, the 1860 BayT is drawing about six inches of water; it can cross flats other boats can’t. Although Alumacraft doesn’t offer it as an option, buyers who want to maximize its skinny-water capability should get a hydraulic jackplate, so the lower unit can be tweaked to its optimum height. Of course, having a tunnel has its minor drawbacks. It will probably cost the boat one or two mph of top speed and the prop won’t be as efficient in reverse, but the lightweight 875-pound hull rides on top of the water, so fuel economy should be outstanding.
Surprisingly, the tunnel boat at rest actually draws an inch or two more than the standard hull. The flattish hull bottom and tunnel conspire to keep the driver from being able to crank a really hard turn, but it’s a very controlled event that will allow one to cruise down twisting rivers without a problem other than oncoming boats. And the SeaStar hydraulic system makes it really easy to drive. Some buyers go with cable or BayStar steering, which I find to be inadequate for any motor 100 hp and up. The 1860 Coastal BayT’s main mission is fishing and is rigged with twin pedestal fishing chairs, one fore and aft. Because of its flattish hull, it’s a remarkably stable platform, even with two big guys fishing on the foredeck. It lacks the rod boxes of its larger sibling, the 2072, so rod storage is limited to the twin three-rod vertical holders on either side of the console. The big advantage of its center-console design is that two or three people can stand at the helm while underway thanks to the compact leaning post and the sturdy stainless steel grabrail that encircles the console. A pair of flip-up seatbacks are set into the rear casting deck. When flipped down, they provide a solid platform to stand on, but they are the most comfortable seats in the house for underway seating. There’s a large livewell under the seat bottom of the jumpseat in front of the console, but I don’t like how the lid opens 180 degrees to the front, which would make it vulnerable to breaking off if an angler getting bait lost his balance and leaned on it. Our test boat was equipped with a Minn Kota Riptide 70 trolling motor ($1,110) powered by twin 12v batteries that reside in the center console, for better boat balance.

Choosing the hull type is an easy call. For really shallow water, get the Tunnel. Otherwise, the Standard hull should get the nod. The Coastal Package addition is a no-brainer and only bumps the boat’s cost up to $13,540, with a choice of trailers but without an engine. Going with the max 115 hp is a good call, and a Honda BF115 is an additional $11,487. Yamaha fans can equip it with the hot-rod-like VMAX SHO VF115, for $12,018. Even loaded up with a Honda BF115, a Minn Kota Riptide 70 trolling motor, Helix 5SI electronics, the Coastal Package and sponsons, the boat’s MSRP is only $27,764, which leaves room in the budget for a lot of gas and fishing equipment.

We are getting a gunwale track system installed for accessories.

My family and I love coastal South Carolina, where I work as the park manager of the Edisto Beach State Park, and we wanted a roomy, affordable boat. It had to be able to get on plane quickly in the shallow waters in and around the Edisto River, so the Alumacraft 1860 Coastal Bay Tunnel was perfect for us. My wife loves the jump seats that flip up and give her and our daughter a comfortable, safe seat in the stern. The center console allows me to stand and drive, which gives me better visibility to spot shoals, which are common here. We love to fish for trout, flounder, redfish and shark, and the 1860 has a large casting platform up front and one in back when you flip the seats down. In season we hunt for duck, and the fact the boat had a camouflage paint choice was a plus. When we aren’t fishing or hunting, we like to beach the boat and explore places like Otter Island and Pine Island and look for shells and sand dollars. The owner of Wilson Marine has a house in Edisto Beach, where I live, and will bring me anything I need, and they also have a great service department.