Avalon’s new 2785 RL takes rear lounging to a new place, with the touch of a button. 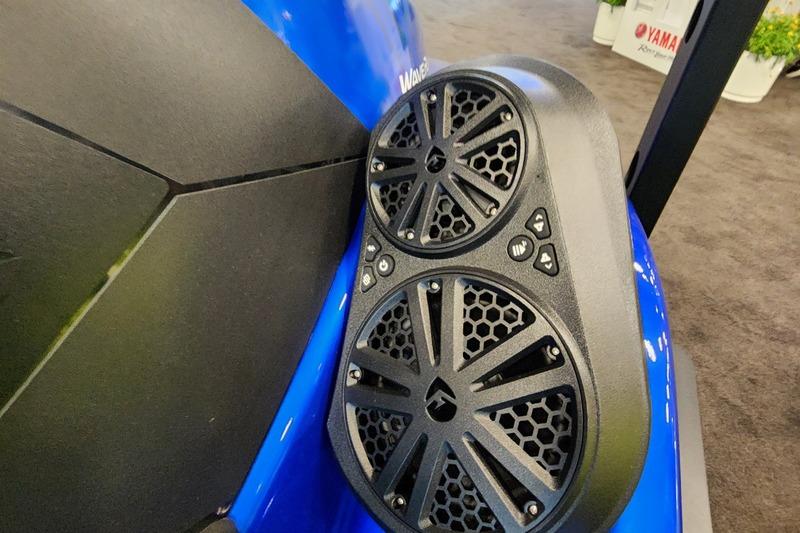 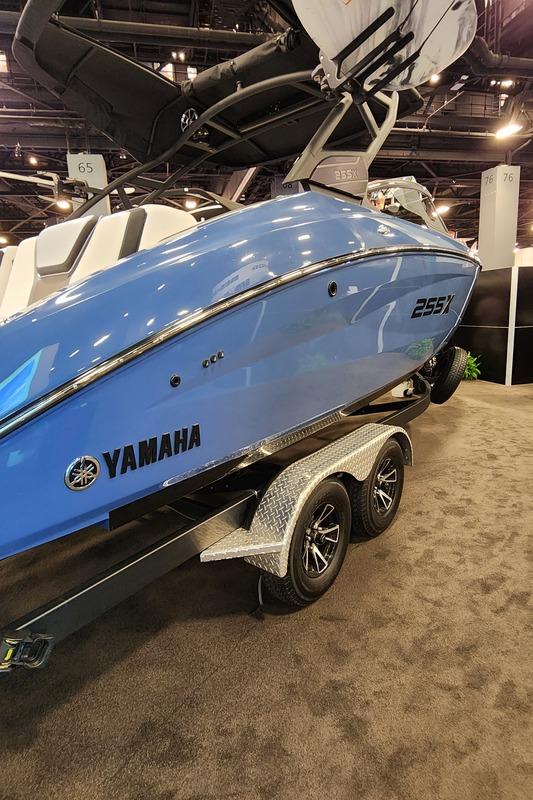 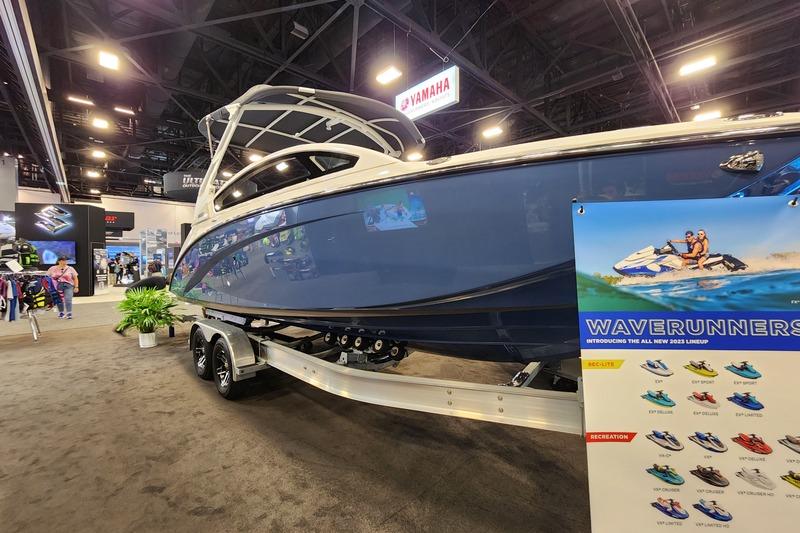 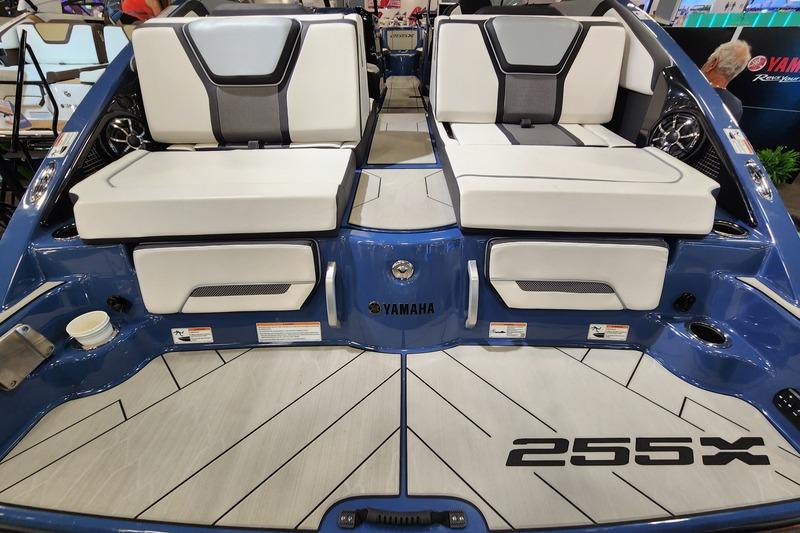 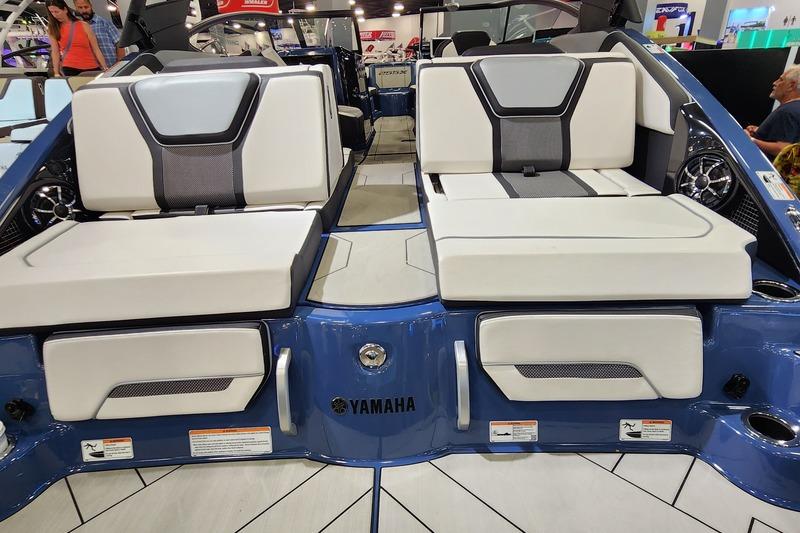 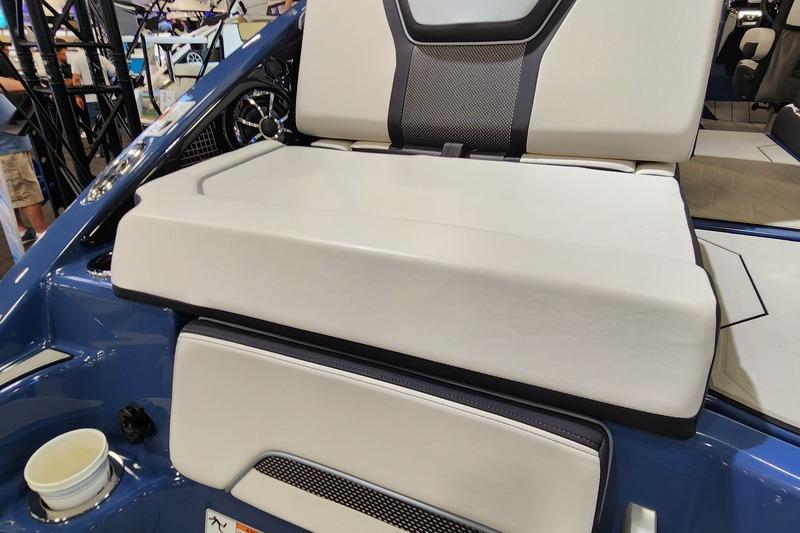 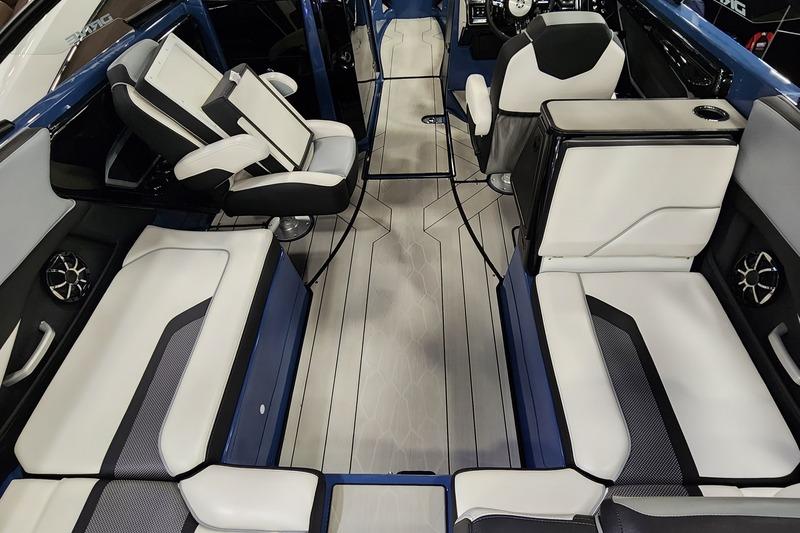 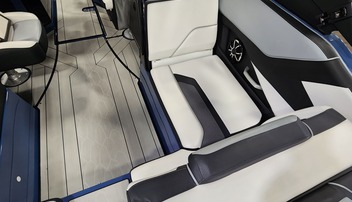 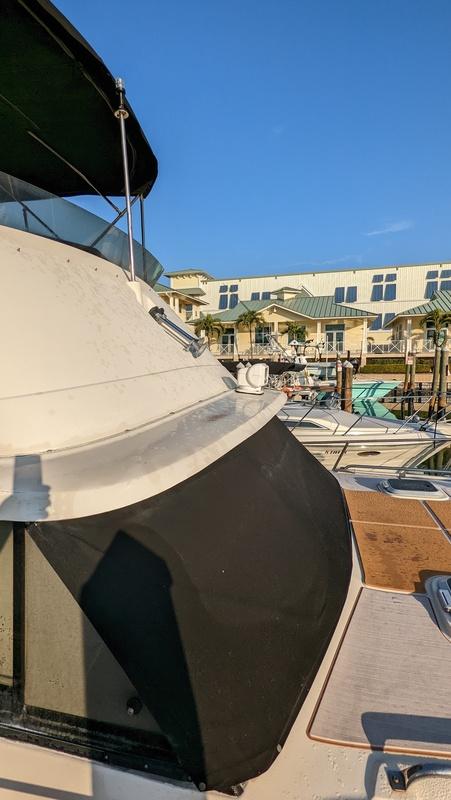 A handful of pontoon brands manage to retain a look that’s readily noticeable from afar. In a sea of sameness, Avalon attacks the status quo with innovative styling, whether it’s the retro/modern Art Deco series or the sporty Windjammer series model we tested.

Rear-facing lounges continue to be the hot configuration going into 2015, and the designers of the Avalon Windjammer 2785 RL seem to have found a way to answer the question of what constitutes the correct backrest angle. Some pontoon lounger backrests have an upright angle that’s almost like sitting on a chair, while others have the recline of a hospital bed in its sleepy-time setting. But even if you like it one way or another, watching skiers demands a different angle than catching some rays. On the Avalon, the simple solution is a button you push that changes the backrest angle electronically (insert forehead slap). Under the bottom cushion of the starboard-side lounger is dry storage and under the one to port is a pop-up changing station. You can equip the latter with a Porta Potti, and when it’s time to stow the room, you just attach a single mini-bungee and fold it down — no wresting to corral a reluctant curtain. was a Yamaha VMAX SHO 250 four-stroke engine, which would have surprised some people at Yamaha when they came out with the engine two years ago. Originally, its designers envisioned it as a bass boat or flats boat engine. In fact, because of that, it only comes in a 20-inch shaft configuration. But when Yamaha’s engineers saw so many people putting it on boats like pontoons, they realized it had far more applications than originally thought. This spring, Yamaha will produce a 25-inch version, so it can be mounted on just about any boat. Ours featured the 20-inch shaft model, which proved to be an excellent match, as it sat relatively low in the water. But the Avalon is versatile enough to accommodate either a 20- or 25-inch outboard, so when Yamaha adds the X-Shaft version this spring, that would be the preferred model.

Our test boat had the Waveglider 25” Package, which gives you three 25-inch pontoons that have dual lifting fins (Avalon-speak for lifting strakes), to really help it get on top of the water. Time to plane was 3.2 seconds with practically no bowrise. The Yamaha pulled really strong in the mid-range and propelled it to 30 mph in 7.3 seconds. Top speed was 42.3 mph with the engine spinning its way to a high-flying 6000 rpm. The triple 25-inch tubes provided lots of lift and delivered crisp handling, which is just the thing for cracking the whip on your tubing followers. Because it had lifting fins on the outside of its tubes, it cornered with very little inward lean. The Waveglider logs have really sharp wave-piercing nosecones, which came in handy on our blustery day on huge Lake Lanier, north of Atlanta. Our Windjammer did a good job of riding over the chop without having to pay a penalty, and because we had the optional aluminum underskin, there was no rushing sound of waves hitting crossmembers. For taking it to the max, Avalon also has a Waveglider 5 X 7 Turning Package, which gives you twin 25-inch outer tubes and a 27-inch center, providing a pivot point and inducing an inward lean for even better cornering and seakeeping.

With five recliner couches, the 2785 is a lounger’s paradi se. The only tweak I would make is to give the rear loungers the same seatback configuration as the other three couches. The aft loungers have a bulging pillow pad on the upper half that’s perfect for smaller guests, but it hit me right between the shoulder blades. There was a lot of give in the pillow-top-style extra cushion, so it wasn’t painful, just distracting. The other three were perfect and devoid of any protuberance. The forward two loungers have loads of reclining legroom, while the amidships couch was really more of a love seat.

The Windjammer’s got some entertaining c hops with items such as an oversized crescent-shaped smoked-glass cockpit table featuring two wire cupholders and two wineglass parking spaces. You can even pop the center out and make room for an umbrella. On the back deck is a small box — it houses the new EPA-mandated fuel system and power steering system — that’s been made useful by adding cupholders. It’s a platform for holding snacks, and anglers could use it as a rigging station.

Powered by a high-performance Yamaha, the 2785 RL is ideal for all watersports. It forms just enough of a wake at 20 mph for junior ramp jumpers. The centerline ski locker is extra-deep for kneeboard storage, and the stern box gives you a place to wedge a giant towable tube between it and the rear fence.

The helm’s standard setup would be an upgrade elsewhere, with extras such as Garmin’s 500C fishfinder, which makes an awesome depthfinder even if you never hold a fishing rod. It also has an upscale Infinity stereo with lighted speakers for a little nighttime pop. The high-backed captain’s chair with flip-up armrests is ultra comfortable.

The best option for equipping the 2785 RL for watersports is the Turbo Swing, a stainless steel tube that encircles the outboard and provides a tow point behind the engine. You can add a watersports tower to up its attitude. Our test boat was pretty standard except for niceties such as the supple Buckskin vinyl option and a second wall color, adding a dash of champagne to the burgundy main color (great wine theme there). Most of the options were performance enhancers — e.g., the SeaStar tilt steering and a center tube with a 45-gallon fuel tank for extra range. Avalon offers a Saltwater Series upgrade with additional zinc sacrificial anodes to counter the harsh marine environment, if that’s where you do your boating.

We live not too far from Seattle and are surrounded by water, so it’s a place with lots of boating opportunities. We’re on Lake Washington, which is a pretty good size body of water, and needed something large enough for the girls, their friends and ours. We used to have a fiberglass tri-hull boat, but it just wasn’t big enough. We love loading up our Avalon and going to special events like the hydroplane races or just cruising around while enjoying the scenery. We have a grill on the back of the boat and use it a lot. Our youngest loves wakeboarding and tubing. With a Honda 150, we have the power to tow her easily. This year we’d like to do some cruising on Lake Roosevelt, which is the other large lake in the area. Tom’s Boat Shop has been fantastic to work with. Even though we live 50 miles away, they delivered our boat here and came back to fix a minor problem. Tom also introduced us to another Avalon owner who lives on Lake Washington who allowed us to use his dock for Seafair, and he provided us with access passes for our boat to have a much better view of the Blue Angels air show.