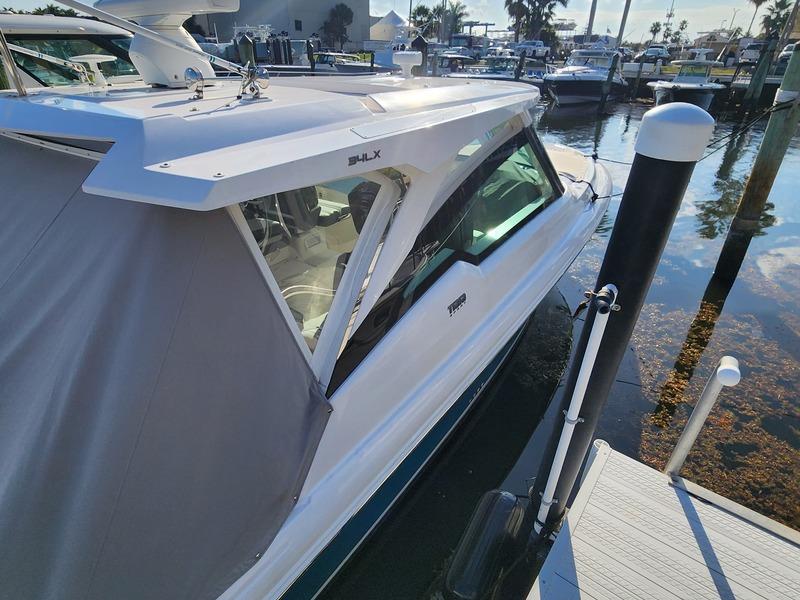 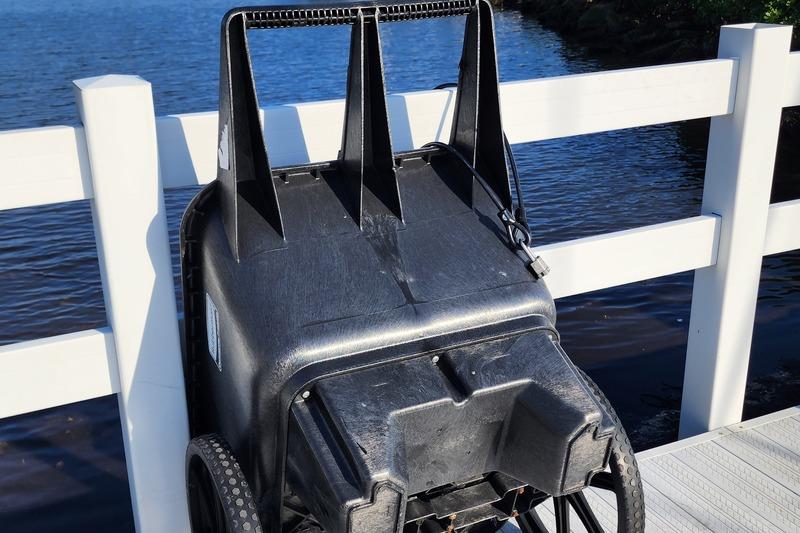 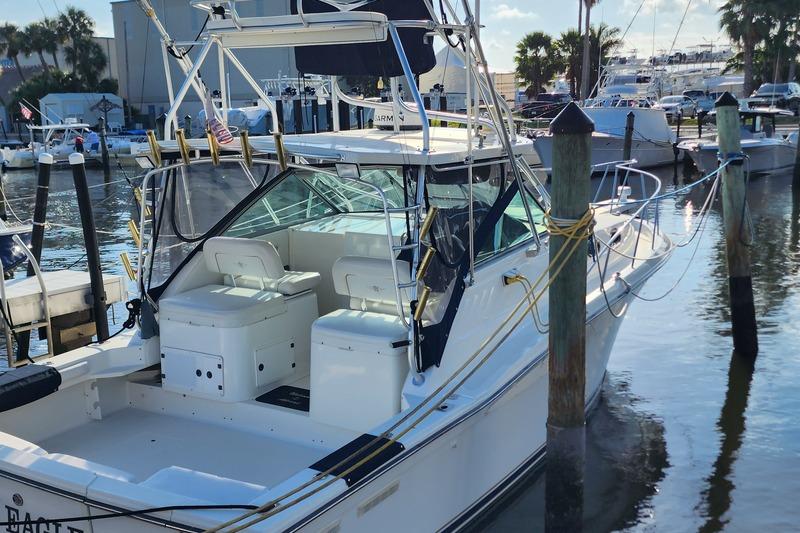 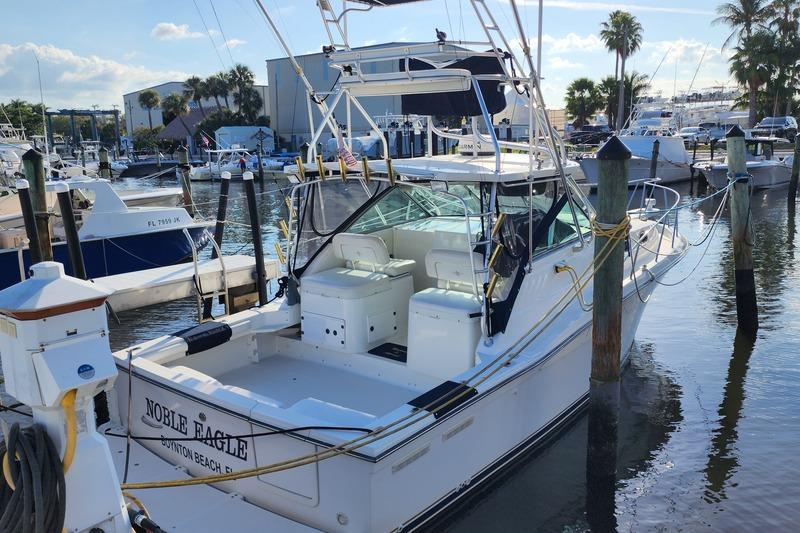 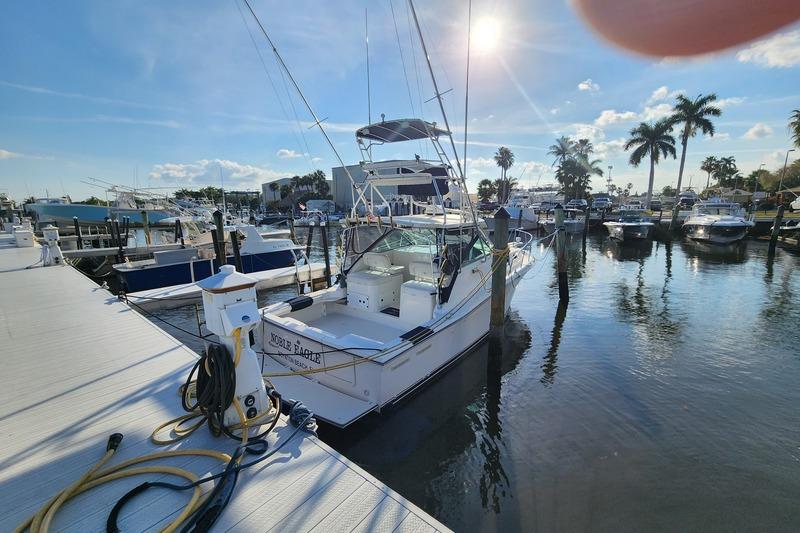 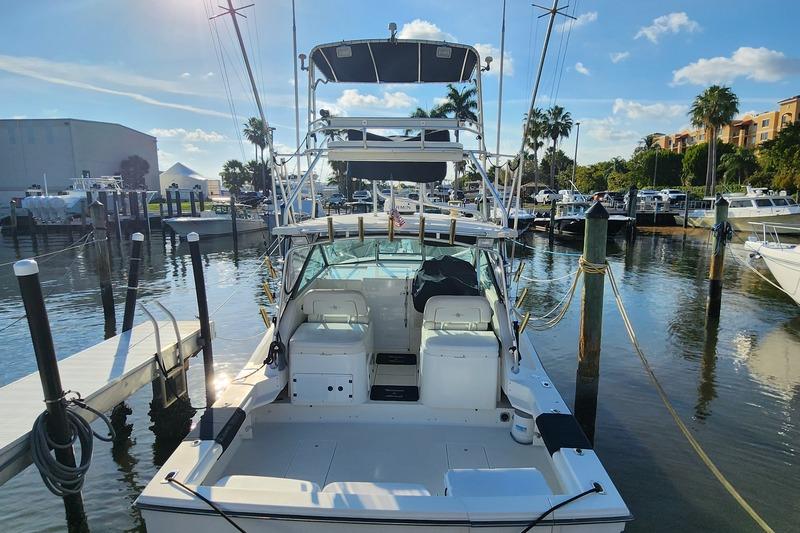 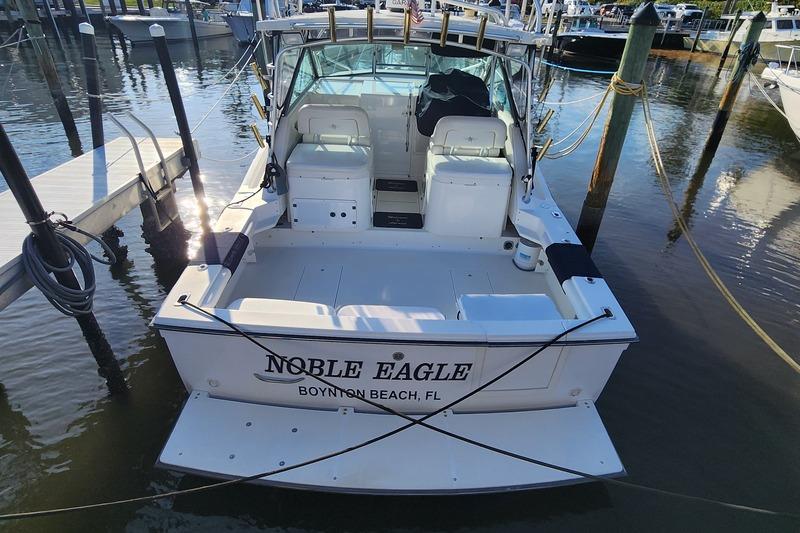 When Malibu created its Axis Wake Research line of boats in 2009, the goal was to provide a boat with some Malibu DNA but at a lower price. And that hasn’t changed. The two lines are built at the same facility in Loudon, Tenn., to the same exacting standards, as evidenced by the 2018 T22, an all-new design from the hull up.

To get an idea of how much less money we’re talking, the most similar Malibu to the T22 is the 22 VLX, which has a starting MSRP of $101,235. The T22’s starting price is $64,575, but buyers need to add some of Malibu’s greatest technological hits, such as the Power Wedge II, Surf Band and Surf Gate II, to take the boat to its full potential. It features the new Wake Plus hull, which sits lower in the water and can build impressive waves and wakes.

UNIQUE FACTOR
The T22 was the first Axis model with the more traditional pointy bow, and this year it’s been improved in many ways. The dash exhibits one of the biggest differences between Axis and Malibu, the former lacking the MaliView touchscreen. Instead, the Axis dash has a simpler design that uses switches to control all the boat’s functions. This year, the T22’s dash got a makeover that replaced toggle switches for the accessories with soft buttons that light up when activated. Not only are the sealed switches fire hose–proof, they are also more resistant to accidental activation and look more modern.

The switches are set into pods. The one on the left controls ballast and items such as the blower, bilge pumps and the anchor. The right pod handles all the other accessory chores, including lighting and options such as the three-outlet heater ($569) our boat was equipped with. White three-in-one gauges are large and sit high on the dash, making them easy to read. This 22-footer is rated to carry a whopping 15 passengers, and the seating arrangement has been improved this year. The Sliding Skybox seat is an elegantly simple way to boost rear-facing spectator seating. It’s a stern bench that slides forward and has a pair of backrests that can be quickly put into place and serve as dedicated storage when not in use. Halfway up the portside lounger is a flip-up backrest option called the ChillAX seat ($396), which can be another rear-facing spotter seat. This year its hinge mechanism has been improved, and it’s easier to deploy. The entire cockpit is ringed with bench seating. The pointy bow doesn’t have as much room as the pickle-forked Axis A-series, but it still has enough room for a six-foot-tall passenger to recline on the bowrider seats.

PERFORMANCE
In previous years, the base engine for many of the models was barely up to the job. For instance, in 2014, I tested the A24, a 24-footer with a 5.7L 330 hp engine. But this year, even the A20, the smallest boat in the fleet, got an upgraded standard engine: PCM’s GM-based new-gen Monsoon 410L 6.0L V8 H5DI that puts out 355 hp and 410 foot-pounds of torque. That was the motor that powered our test boat, pushing the T22 to plane in 2.3 seconds and using its strong low-end grunt to reach 30 mph in 4.6 seconds. Top speed was 39.3 mph, at which point the PCM was spinning at 5400 rpm. At a typical surfing velocity of 11 mph, the motor was humming along at 2500 rpm, and at a typical wakeboarding speed of 22 mph, it was right in this engine’s midrange sweet spot of 3200 rpm. A concern for people who surf is carbon monoxide, and it’s one of the reasons most modern ski-boat engines have catalytic converters. The only PCM engine without one is the supercharged Monsoon 555, which is not available in California. But to provide even more separation between surfer and engine gases, buyers can order the optional Surf Pipe, which is an exhaust pipe ($667) that’s inelegantly routed over the Power Wedge II and into the water.

HANDLING
One issue surf boats experience is asymmetrical ballast weighting that causes the boat to list, sometimes alarmingly so. In 2013, Malibu developed Surf Gate, which uses vertical tabs on the outside of the hull to disrupt the water flow and help create a wave. The beauty of this system is that the driver can fill the tanks evenly, which allows him to add more overall weight. And best of all, there’s no awkward listing, which makes driving safer and easier. The option costs $3,333 but includes Surf Band, which the surfer wears on her wrist and uses to change wake sides quickly, with no need for driver input. It also gives the surfer control over boat speed and stereo volume control.

The T22 features a Gorilla Fin that delivers precise tracking and helps during hard turns. For even more traction, buyers can add a second one for $347. The steering on our boat was enhanced by hydraulic steering ($1,111), which, combined with the tracking fins, allowed us to spin the wheel quickly and execute a rapid 180. That will help get back to vulnerable downed skiers more quickly. BEST USES
The T22 is designed primarily for wakesurfing and wakeboarding and comes standard with the fold-down AW15 tower, which is now available in black, charcoal and white powder coat. I can’t imagine buying an Axis boat without the Power Wedge II, which is the second-gen version that quickly lowers and raises a centerline- mounted hydrofoil that simulates up to 1,500 pounds of ballast and can help change the shape and size of a wave. It helped our test boat get on plane more quickly. The surfing wake has lots of push, and its shape and size can be changed by moving the Power Wedge II to one of its seven settings.

Even with just the standard 900 pounds of ballast, the 4,300-pound T22 produces a great intermediate launching wake with a tight lip. Access to the water is via a teardrop swim platform that allows the rider to slide in easily. Axis calls the stern area a Transom Activity Center and it includes two cutouts with matting for cushions that people can sit on while booting up or just socializing. Weight distribution is better thanks to the relocation of the batteries from the portside console to the bow section. The move freed up storage room in the console for large items such as towables or extra skis.

PREFERRED SETUP
The Axis options list can’t rival that of sister company Malibu, though if buyers check a lot of boxes its price can approach Malibu-like numbers. One way to save a little money is to eschew the Power Wedge II in favor of the Auto-Set Wedge ($1,271). The latter has to be dropped down manually but then automatically sets to the proper angle based on speed to boost the wave, and it adds up to 1,000 pounds of simulated ballast. Two more must-haves are the Zero Off GPS-based cruise control system and DECKadence flooring, which uses soft PVC strands to create a soft surface for bare feet and allows water to flow through so the surface stays dry. To bring the bling to the exterior appearance, buyers can choose from a wide variety of solid gelcoat and metal-flake designs that range from $1,389 to $2,662. For entertainment, the optional Wet Sounds system includes a subwoofer and tower speakers, for $5,056. A little more freeboard would be nice, which we notice when it’s tankered up with ballast.

My wife and I owned a Sea Ray 210 after college, but when we had kids our priorities changed. But when the kids got older, we wanted them to experience the boating lifestyle, and we were craving getting back on the water. We love watersports, so we wanted a dedicated ski boat. We bought our first T22 a few years ago and really liked it. But when we saw the improvements that had been made, such as the availability of the Power Wedge II, we got a new one. The T22 really blurs the line between the pricier Malibu and Axis models. My son, Tyler, really took to wakeboarding, and my daughter, Isabella, is into wakesurfing, so we get out as much as we can. I go skiing with the guys from Boulder Boats, so they are more like family and friends and always take great care of us. Often they’ll see something on my boat and just fix it. They’ve even offered me a new loaner when my boat is in for service.