Alumacraft's new aluminum bass boat flagship is tournament ready and less than half the price of its fiberglass counterparts. 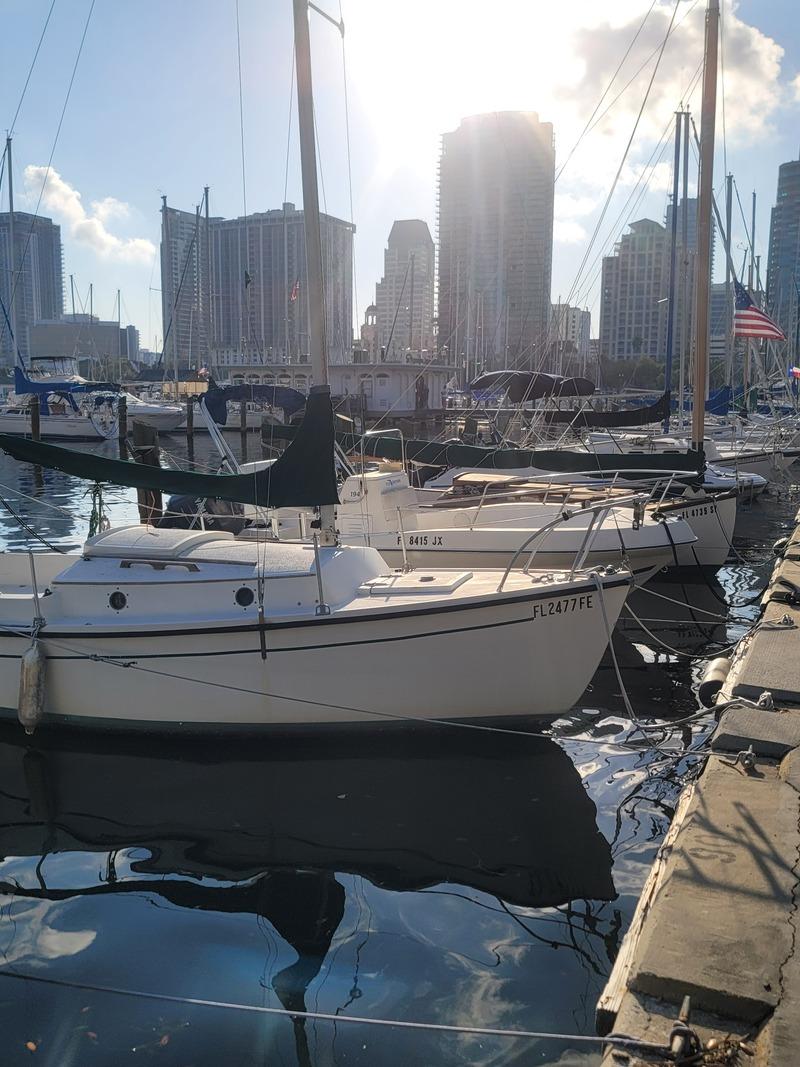 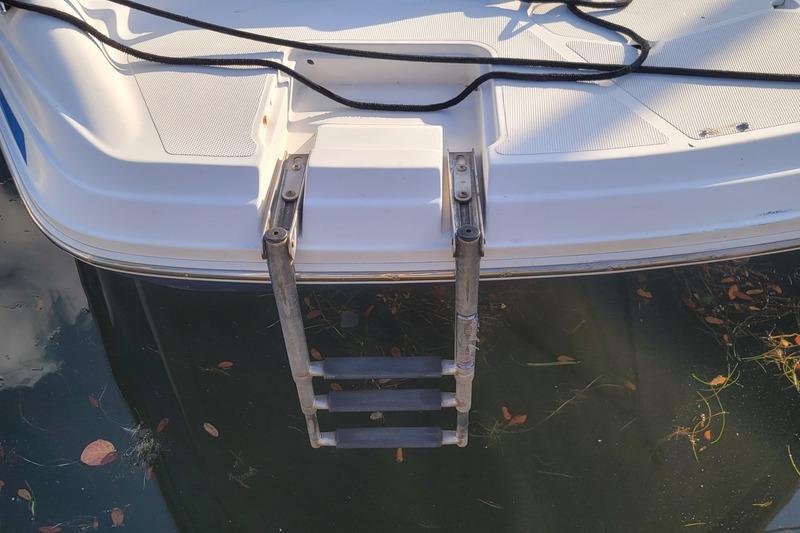 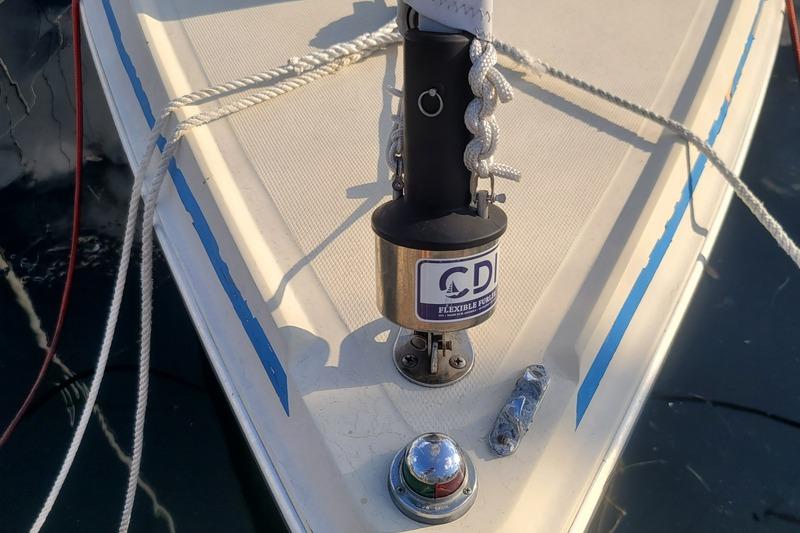 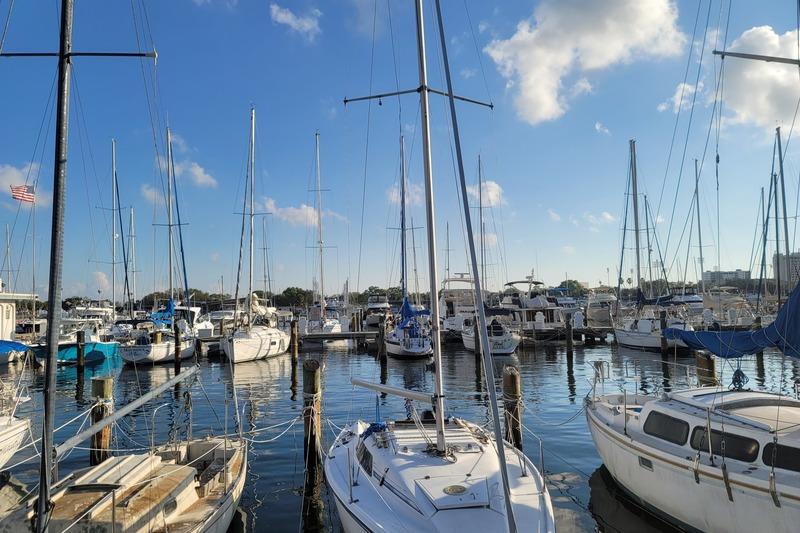 Many bass anglers dream of fishing for a living, being that guy on TV holding a barndoor- sized check with lots of zeros on it, waving to the cheering crowd while confetti falls. The other part of the dream is to own a tournament-style boat that costs nearly six figures. Then, poof, they wake up on Monday morning, grab a coffee and a doughnut, and head to work for another shift.

The closest most bassers can come to realizing the dream is to fish in weekend club events that deliver the thrill of competition and might just help them pay for their fishing habit. But they still need a boat that has the room and fishability of the pricey bass wagons, at a lower price.

UNIQUE FACTOR
Enter the Alumacraft XB 200, an all-welded aluminum boat that’s 20 feet long and 8 feet, 2 inches wide and whose bow provides that fishing- on-the-deck-of-an-aircraft-carrier feeling the big-boy boats all have. Because nearly all the beam is carried all the way to the bow, four anglers can fish there in comfort. The XB 200 channels the same vibe as pricier boats and is loaded with many of the same features, including a recessed footwell for the trolling motor, which on our test boat was the optional Minn Kota 80 Fortrex ($1,525). A less expensive option is the Riptide PowerDrive 70 ($1,092), which features iPilot, a GPS-based system that allows the captain to plot a course via its autopilot feature or use Spot-Lock as a virtual anchor. Little touches such as a cupholder and tool caddy in front of the foot pedal make the boat more angler friendly. While it would be nice if there were a panel on which to flush-mount a fishfinder display up front, there’s plenty of room to add a ram-mounted screen.

Alumacraft has been building boats since 1946 when the Flour City Ornamental Iron Co., founded in 1893, switched from producing aluminum airplane parts during World War II to building fishing boats with the surplus aluminum it had on hand. Probably better known for its walleye-style boats, Alumacraft worked some of its northern DNA into the new-for-2018 XB 200, including standard features such as the AlumaTrac system, which makes it simple to add accessories such as rod holders and tool pouches anywhere on the inside of the gunwale. PERFORMANCE
Alumacraft will power the XB 200 with any brand of outboard, delivering the ultimate in buyer flexibility. And while it’s rated for up to 200 hp, our test boat showed outstanding performance with Mercury’s 150 FourStroke ($15,883). Its flattish, lightweight hull tips the scales at just 1,175 pounds, so 150 hp is plenty of ponies for the job.

On plane in 2.7 seconds, it zipped to 30 mph in 5.8 seconds and reached a top speed of 51.3 mph. While this is plenty fast, bassers who want to turn their cap backward and channel their inner speed demon can option up to a Yamaha V MAX SHO 200 ($19,110), which pushed the boat to 61 mph in company testing, according to Alumacraft rep Brian Caughron. Boaters on a tighter budget can pair the $15,344 XB 200 (hull only) to as little as 115 hp, and while Honda is usually one of the most expensive outboard brands, its BF115 is the least expensive, at $11,748, bringing the total package price to $27,793, including rigging and other fees.

HANDLING
Most bass boats running at top speed have very little of their hull touching the water, thanks to a transom planing pad the size of a large pizza that reduces wetted surface. While that helps a boat’s top speed, it can feel rather precarious if sea conditions are anything other than the proverbial golden liquid on a plate. For an unskilled driver, the sudden bump of a beam wave can quickly precipitate a dangerous condition known as chine walking, when a boat starts violently oscillating from side to side and loss of control becomes a distinct possibility. That’s not an issue with the XB 200, because much of its hull stays in the water when it’s underway, and it has a wide beam, which also provides remarkable stability when fishing, even if most of the people are on one side of the boat. Of course, when conditions get rough, passengers are going to feel it much more than on Alumacraft’s deep-V models, which have a remarkably smooth ride in the chop. During cornering, flatter hulls sometimes have a difficult time hooking up, but the XB 200 turns really well, with just a little lean-in. Its tracking is enhanced by longitudinal ribs on the bottom of the hull that give the hull more rigidity, resistance to punishment and grip during turns.

BEST USES
Alumacraft makes no bones about it, the XB 200 is a purpose-built boat geared toward bass fishing, but it can handle multispecies action and even fishing in coastal saltwater environs. It’s all business, though the designers could have “familied” it up a little with common items such as bowrider backrests, a stereo and ski tow options; there are three cupholders. Even waterskiing is discouraged by the lack of a boarding ladder, something every boat should have for safety.

The XB 200 has an amazing amount of storage, especially for rods in a centerline locker that has rod tubes for protection. In addition, the adjoining compartments on the front deck are long enough to handle rods and all the tackle an angler cares to bring along. Our test boat held 17 rods and had plenty of room for more. In addition to these three compartments, there are six more including the storage underneath the triple helm seats. One of the boat’s signature features is a massive 38-gallon divided livewell.

PREFERRED SETUP
Serious anglers who fish in tournaments will likely spend their money maxing out the horsepower. The least expensive way to get there is with the Suzuki DF200, for $18,571. The lightest is Yamaha’s conventional F200 ($19,110), which weighs 487 pounds and is an inline four cylinder, like the Suzuki (the Honda and V MAX SHO are both V-6). Another must for tournament anglers are large-screen electronics, and the biggest available is the 12-inch Humminbird Helix 12 ($3,067), which will need to be bracket- or ram-mounted. Our test boat had a Helix 7 ($982) that fit between the twin multigauges at the compact fiberglass helm. A single console is standard but buyers can get a portside one for $939. Alumacraft offers a variety of single- and dual-axle Diamond City trailers that cost from $2,378 to $5,102. Carpeting is standard but can be swapped out for a sprayed-in vinyl liner, for $724. I wish the built-in cooler were insulated better. By the end of the day, most of my ice has melted.

I fish in 25 to 30 events a year, mainly in the National Bass Angler Association (NBAA) in Division 54, which are local tournaments in Nebraska. So far this year my fishing partner and I are in third place. My fiancée also fishes and we are competing in the Cornhusker State Games tournament this weekend. I’m a working guy, so it’s really important to keep costs low. Right now, there are only two aluminum boats in my division, and everyone else uses fiberglass boats that can cost more than $70,000. My Alumacraft XB200 with a Mercury 150 FourStroke is less than half that amount, and I can tow it easily with my Dodge Journey, which is a compact SUV. But it still fishes like the big-buck rigs. The front deck is roomy; I’ve had three big guys like me fishing up there with no problem. Some of the tournaments I fish on the smaller lakes are no-wake tournaments, but even on the big lakes I am not at a disadvantage since my boat can do about 60 mph. The folks at 154 Marine take really good care of me. They know how important fishing is to me and have never let me down. I’ve never missed a tournament because my boat was broken.