Caravelle’s new Razor 258PF looks like a pontoon, but it’s a different sort of platform. 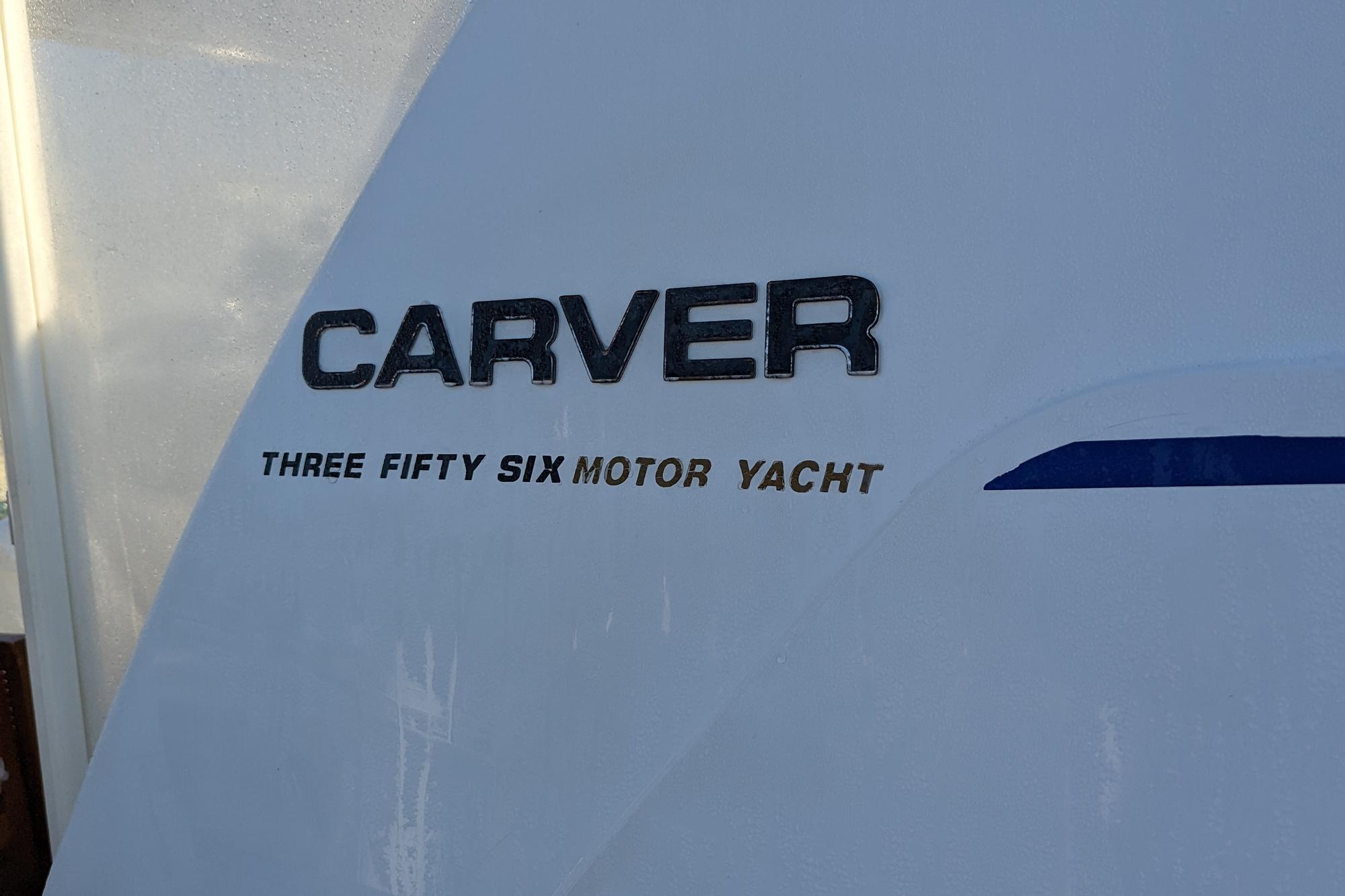 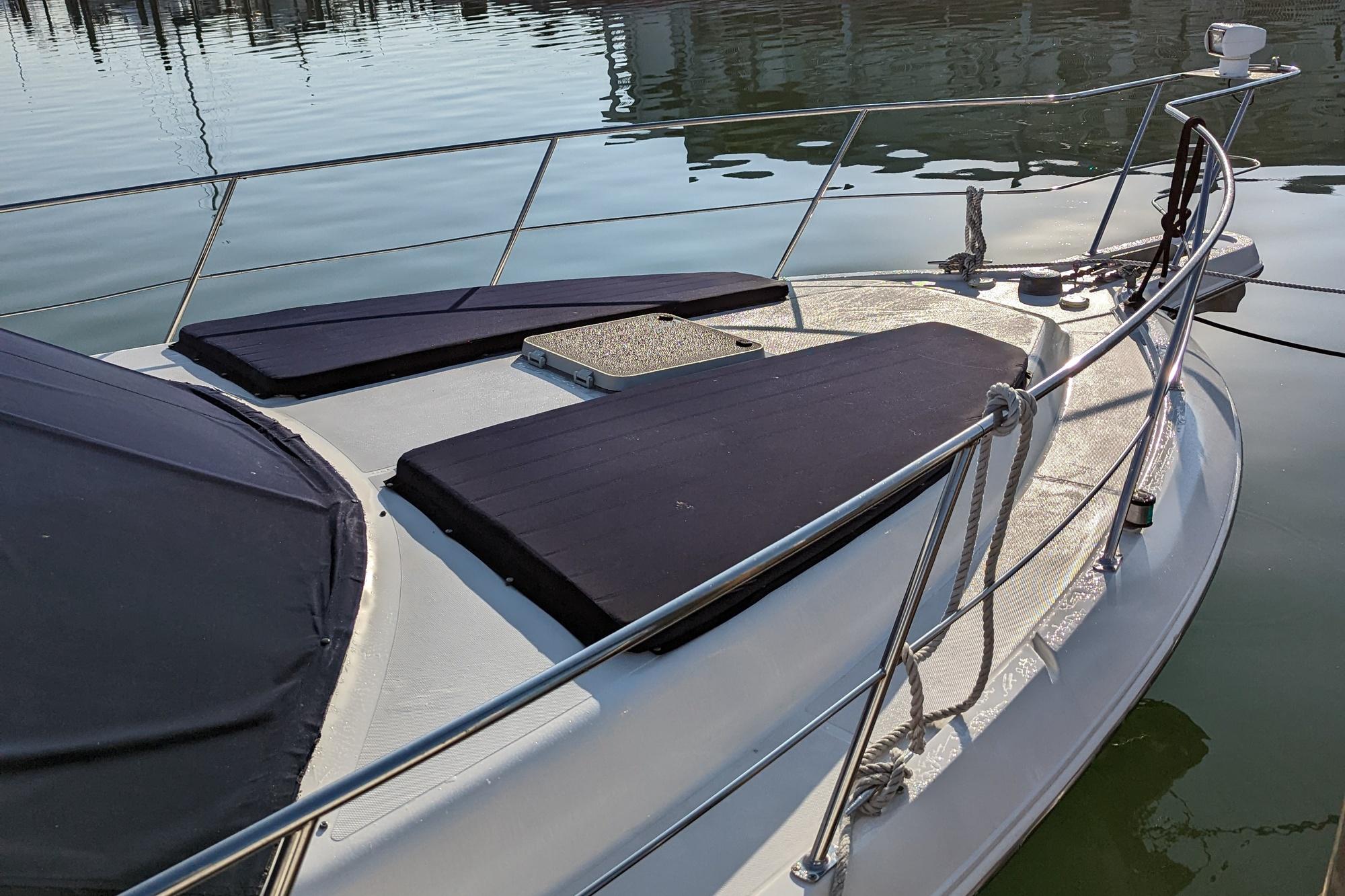 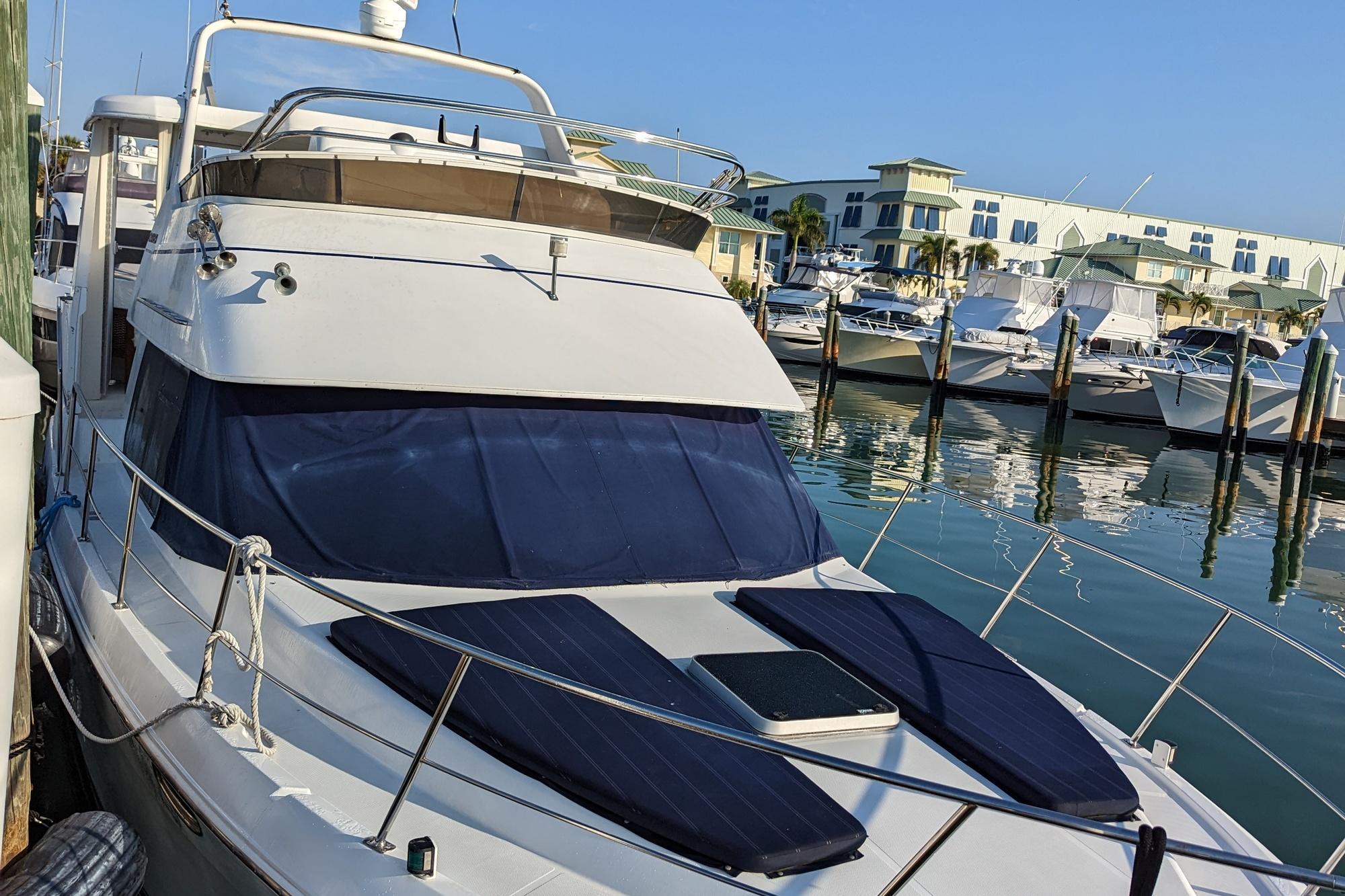 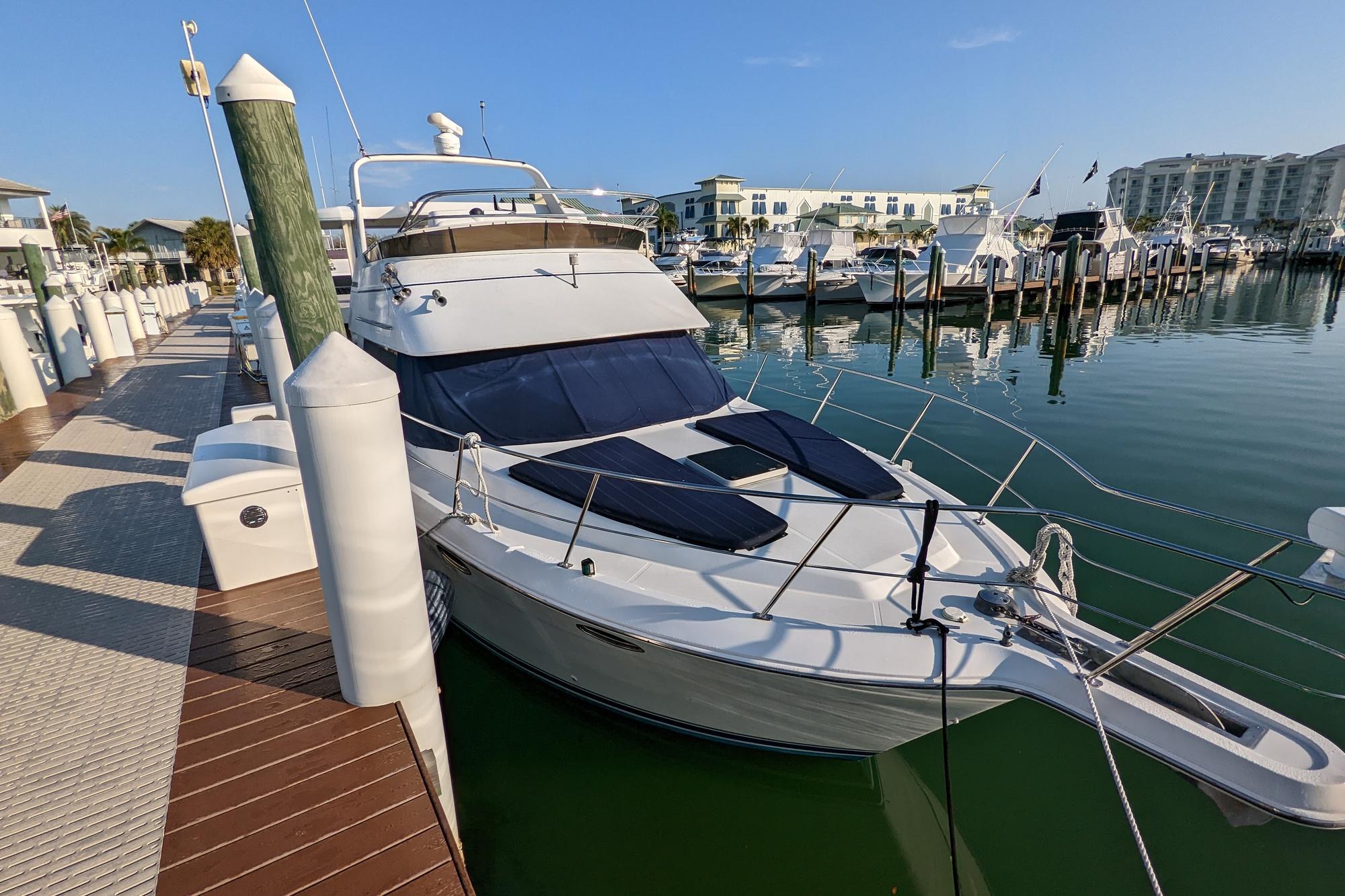 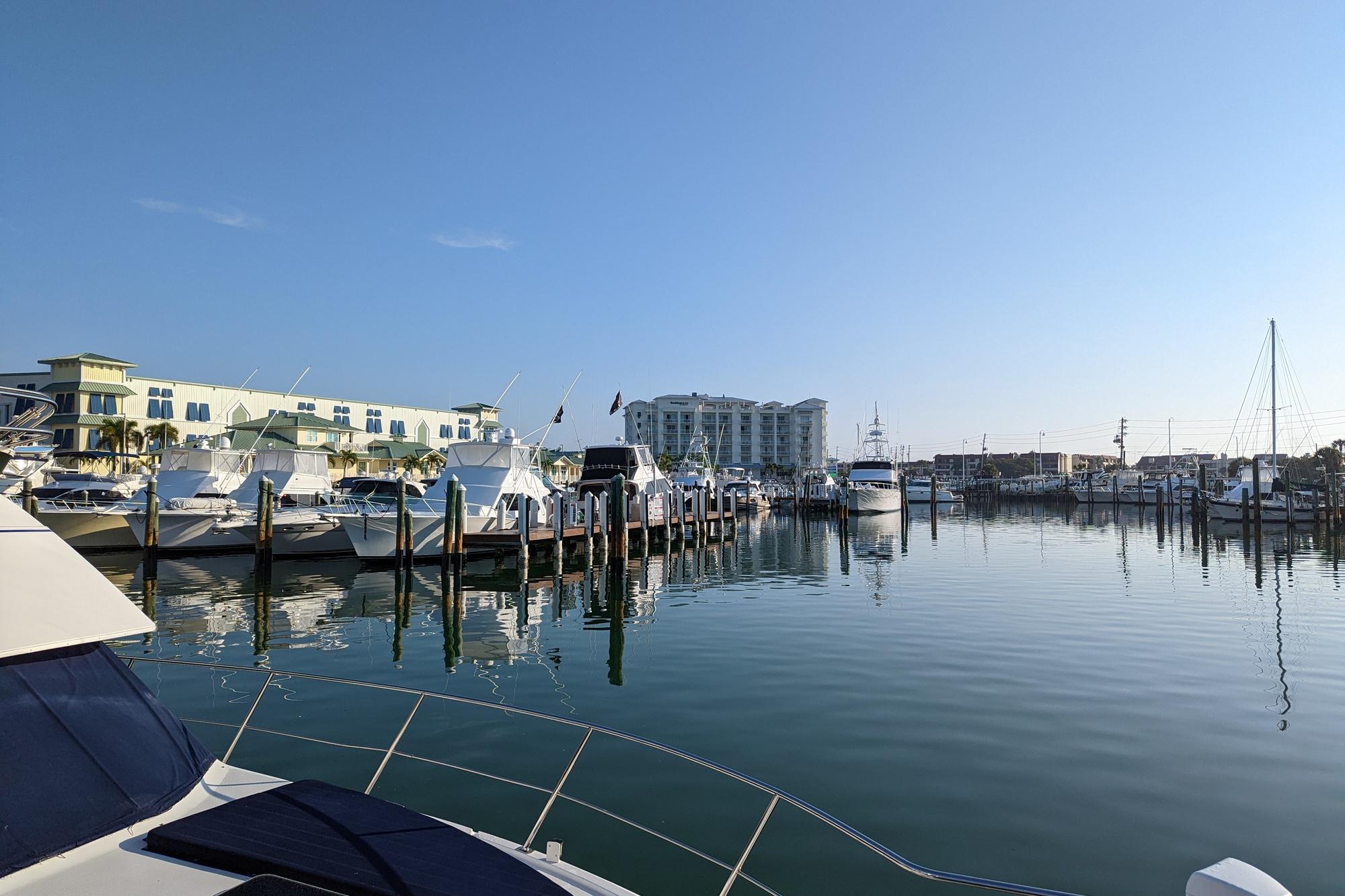 When you’re the owner of a company that’s heavy into RVs — like Caravelle Boat Group owner Don Littlefield, who also owns the Boat N RV group of superstores — you take a different slant on things. The Razor 258 Party Fish proves the point.

Truth be told, 75 percent of this review could reside under the Unique Factor heading. Anyone who subscribes to the adage “if you’ve seen one pontoon boat, you’ve seen ’em all” hasn’t seen Razor’s new 258 Party Fish. The differences begin at the bow, where there’s a LilliPad diving board, which is one of the hottest pontoon accessories. It’s really well engineered and transmits very little force to the boat, even when a linebacker-sized diver goes for a “flying squirrel.” But what’s different here is it’s a standard feature and is mounted on the bow, neither of which we’ve seen before. For safety, there are angled steps and a handhold to keep you steady. Up front, instead of fencing, the bow section is ringed by stainless steel railings that look cool but could present toddler containment issues.

One occasionally sees grills on pontoons, but seldom are they a standard feature. The 258PF actually has two standard grills. So if you’ve ever wanted to hold an Iron Chef grilling competition, this is your boat. The first grill is a Coleman camper-style gas grill mounted atop the starboard-side kitchen area; the second, a portable Kuuma propane grill, can be mounted on a pedestal next to the diving board (suspend the diving action when cooking, though). The only downside is that the Coleman rattles when the boat is running over lumpy water. The 258PF has a pair of other unique standard features: a six-bottle DC wine cooler in the entertainment center and a 12v DC 1.7-cubic-foot refrigerator in the driver’s console. A robust house battery system is needed to use both.

Another interesting feature of this “pontoon” boat is that it is fiberglass above the waterline and it has a fiberglass hull instead of aluminum tubes. The unusual hybrid design of the 258PF’s patented Evolutionary Hull features a catamaran up front and a stepped racing hull in the back with 17 degrees of deadrise. Our test boat was packing a Suzuki DF175 four-stroke, which is 75 hp less than the max for this model and 35 hp more than the standard 140 (don’t do it!) that is included in the National No Haggle price of $59,994. One of the advantages of the Suzuki DF175 is that its tall 2.50:1 gear ratio allows it to swing a 14-inch prop that moves more water. Bumping the engine to a Suzuki DF200, which shares the same 2.9L powerhead, brings a 16-inch prop into play, and that would be a good match for the fairly stout 3,220-pound hull. Mercury is another option, and a 250 Verado might cost a few thousand dollars more, but it would deliver quiet, supercharged power to maximize the pontoon’s performance.

There’s virtually no bowrise to this boat on takeoff, and when some air gets moving between the twin sponsons, they compresses it, delivering lift and a smoother ride for passengers in the bow. The setup also helps it get on plane quickly, in just 3.2 seconds. Time to 25 mph was a rather stately 11.4 seconds, though. Top speed was 41.4 mph, but on another model with this same hull, we reached speeds in the mid-40s with a 200 hp Mercury Verado, so that number of stallions seems to be this hull’s sweet spot.

While the 258PF has twin sponsons up front, it doesn’t behave like a two-tube pontoon boat. Twin-tube pontoons typically stay very flat during hard cornering — most experience a slight lean to the outside — but the 258’s handling was more like a traditional monohull or a three-tube pontoon with a larger center tube. That is, when we cranked it hard over, it leaned in and carved a nice parabola. Our test boat used the U-Flex hydraulic steering system, which was smooth and had a nice feel.

About the only swing and miss on the test boat was the helm. The captain’s chair was a bench seat with not much backrest recline, and there was no cutout in the console for a footrest, due to the refrigerator residing within. One plus for the bench were the twin garbage cans that reside underneath the seat bottom. Fortunately, owners can substitute a bucket seat for the bench at no charge.

The 258PF can pretty much do it all. It comes standard with a basic Monster Tower that can be upgraded to an upscale model with speakers ($4,499), so it’s ready for watersports. There’s a huge in-floor locker for skis, and the large rear deck has plenty of room for booting up. The stern four-step stainless steel boarding ladder will get a lot of use from divers who will be swimming around from the front to reboard. The rear deck has enough room for standard twin pedestal fishing chairs but has no rails that could get between anglers and their quarry.

There’s more than enough seating for the 258’s max capacity of 12, in three separate areas. Up front are twin seats that are a little unusual: the seat bottoms are too short to be recliners but too long to be club seats. The front of the seat bottoms comes to a point, so passengers sort of straddle it. In between is a high-low table for beverage and snack parking. Amidships is a sofa in front of the driver’s console and a port-side recliner. Then, in the stern, there are twin rear-facing recliners. All the seats have loads of storage underneath.

Razor takes a “podulized” approach to its floor plan, which allows buyers to customize the seating to reflect their preference. To further personalize things, there’s an option to add deck colors ($2,999). And because the upper section is all fiberglass, including the seat frames and sides, it makes quite a visual statement, like the robin’s egg blue our boat featured. Other useful options are the Bimini top ($899) and the Kitchen Package ($599), which includes drawers for storage that stay securely shut. The stereo upgrade goes from an adequate Kenwood unit to a premium Fusion sound system ($499). Another great option is the large rectangular snack table for the rear seating group ($499).

My wife and I both came from boating families, and most recently we had a Sea-Doo jetboat and a pontoon, but we really wanted to consolidate to just one boat that would meet all our needs. For us, the Razor 258PF gives us the ability to have friends and family come along and not be cramped. We live on Lake Norman, not far from Charlotte — a beautiful, big lake with clean water and great scenery. We liked the fact the 258 has an outboard, which makes our boating experience really low maintenance, and we loved the fact we could custom order the boat we wanted. Ours is red and black, and it’s the prettiest boat I’ve ever seen. We love skiing, taking slow rides early in the morning or at sunset, or getting together with our daughters — Alison, Emily, Sarah — and their families for outings. When we bought our boat from Boat N RV, they water-delivered it to us, and their representative, Luke, spent hours with us going over every detail of the boat to make sure everything was right and we knew how everything worked.