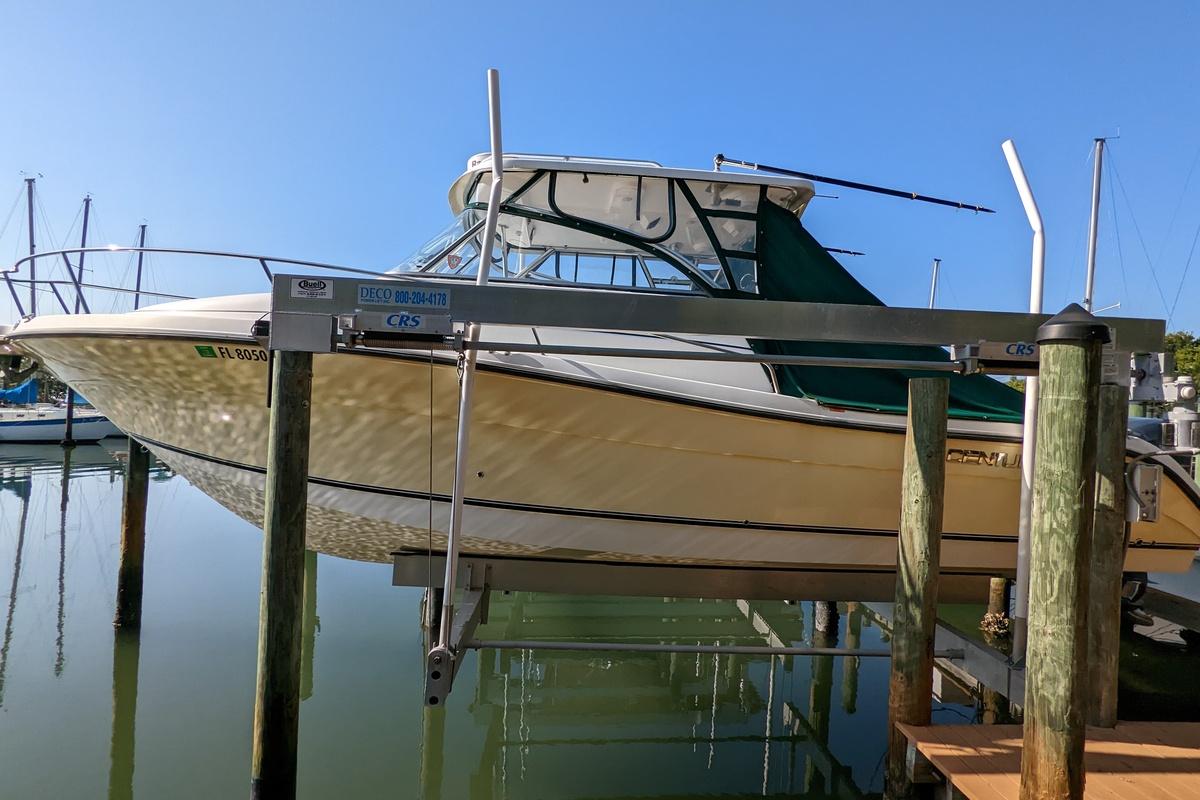 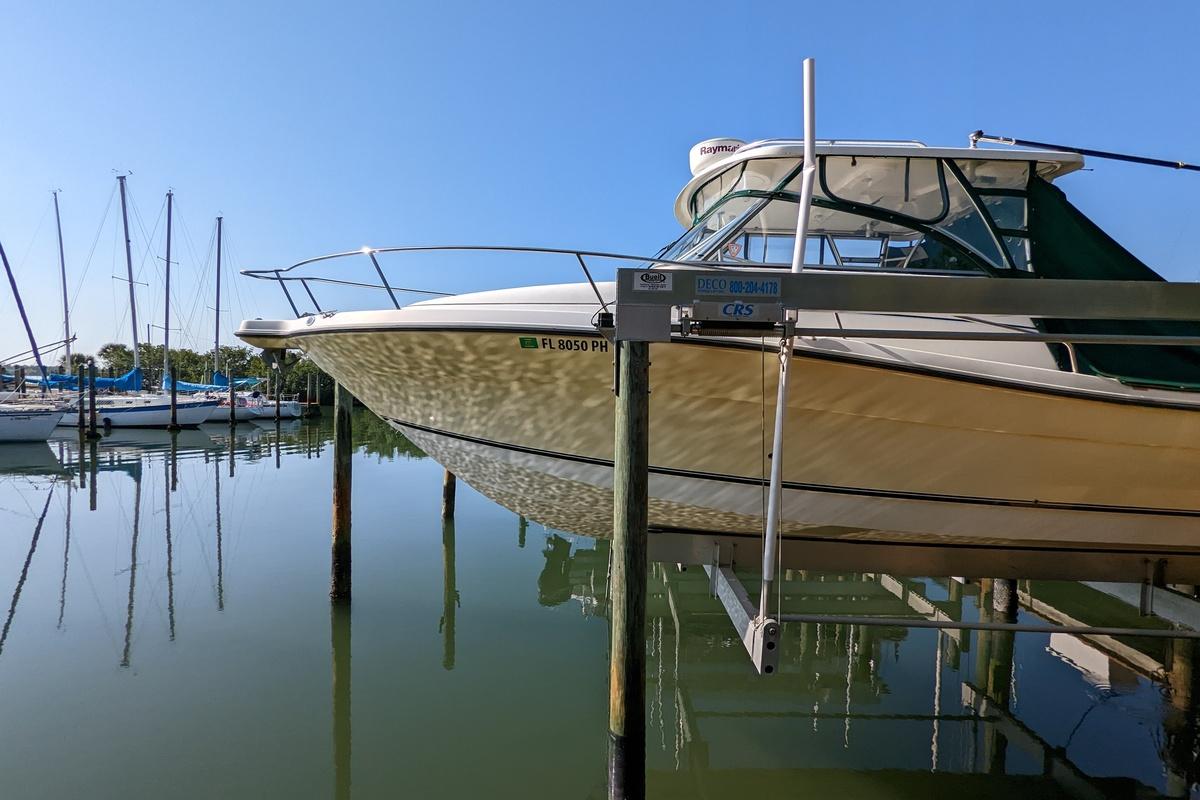 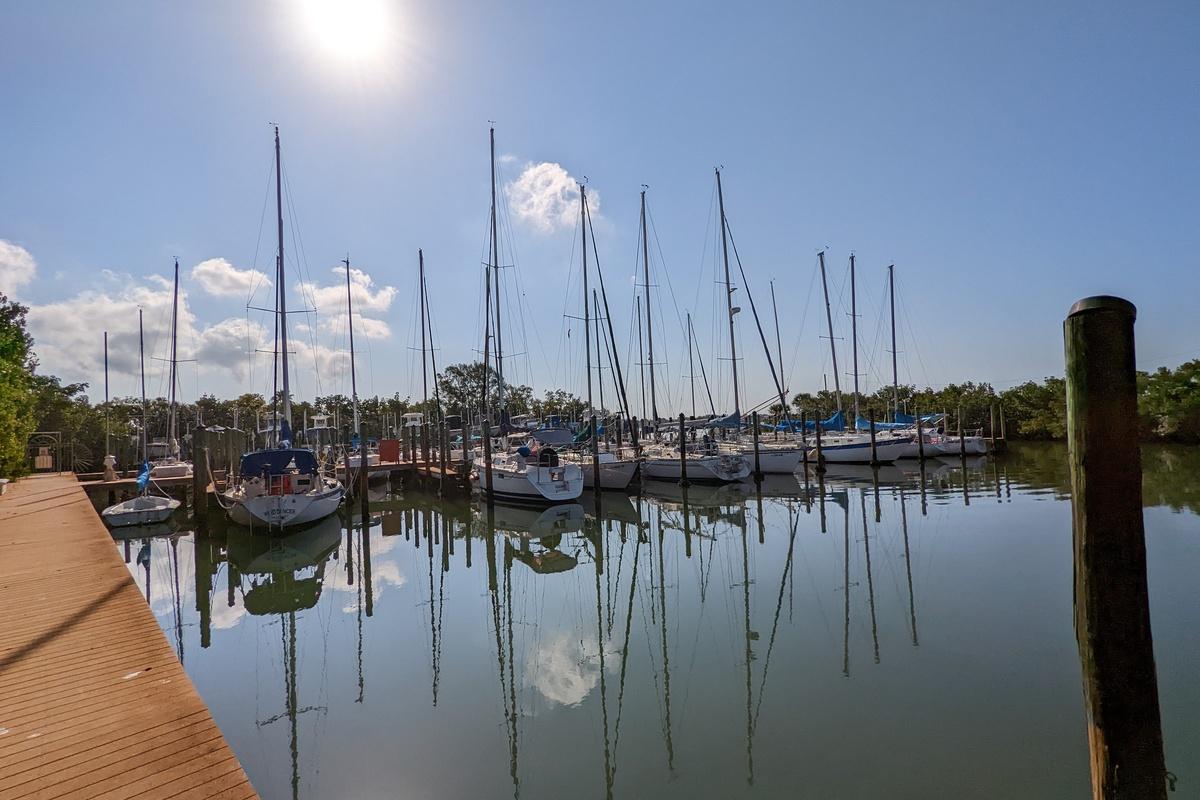 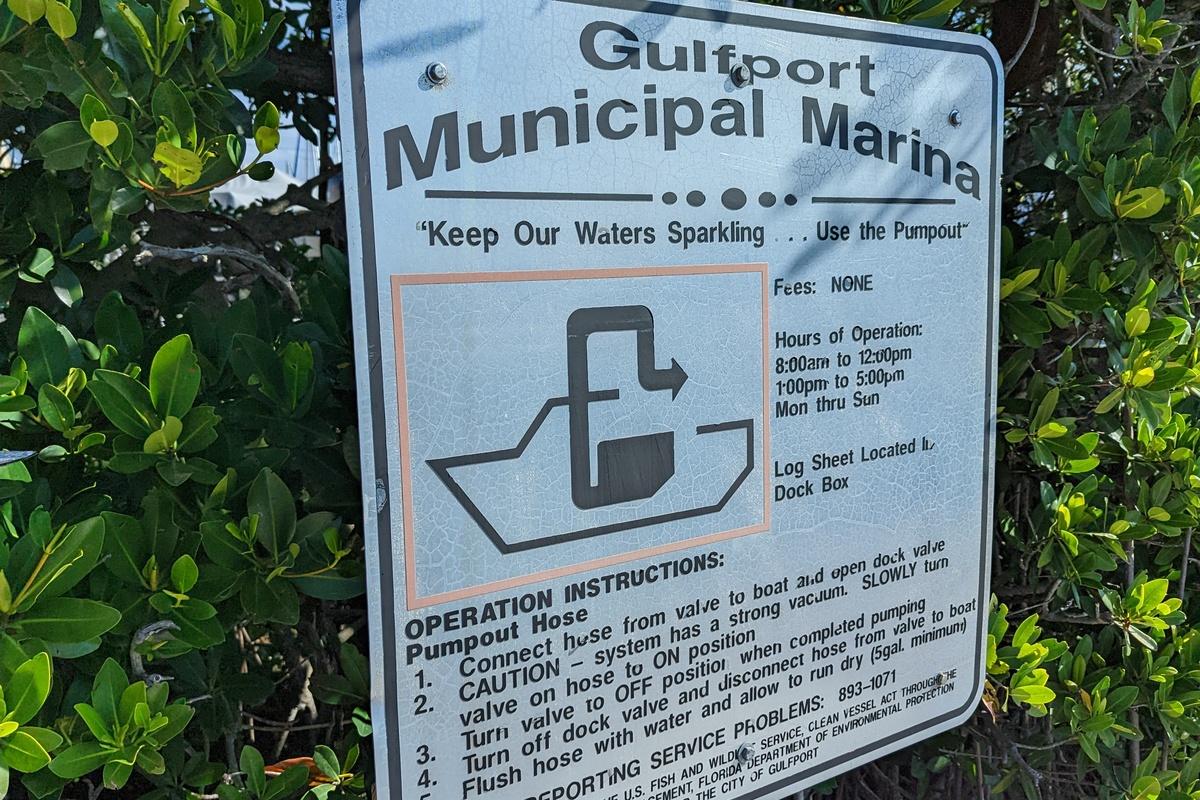 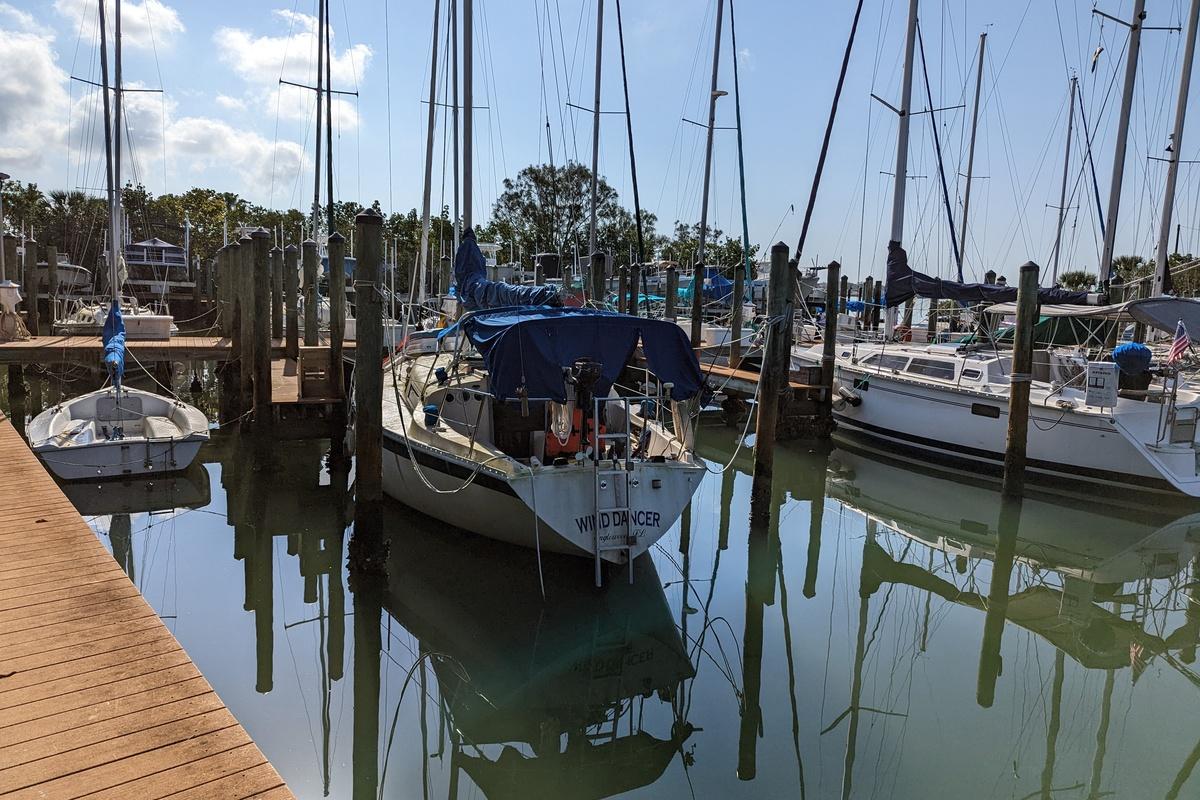 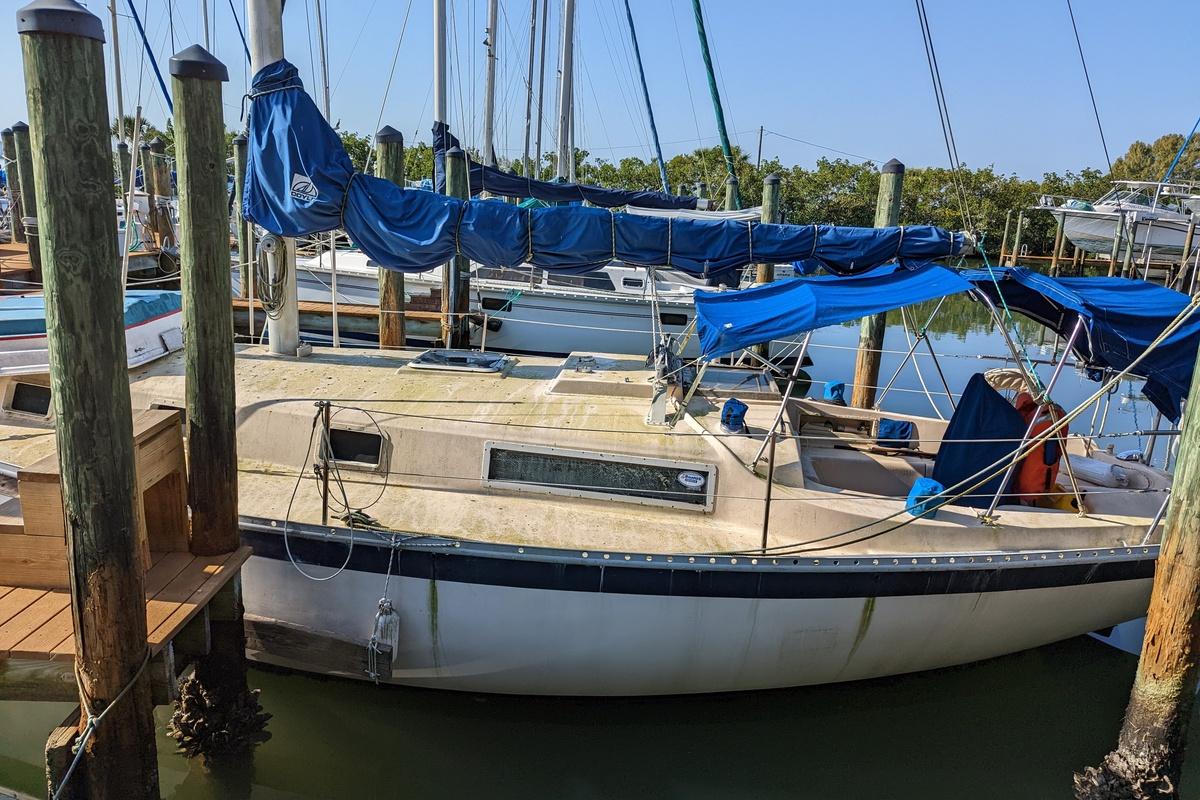 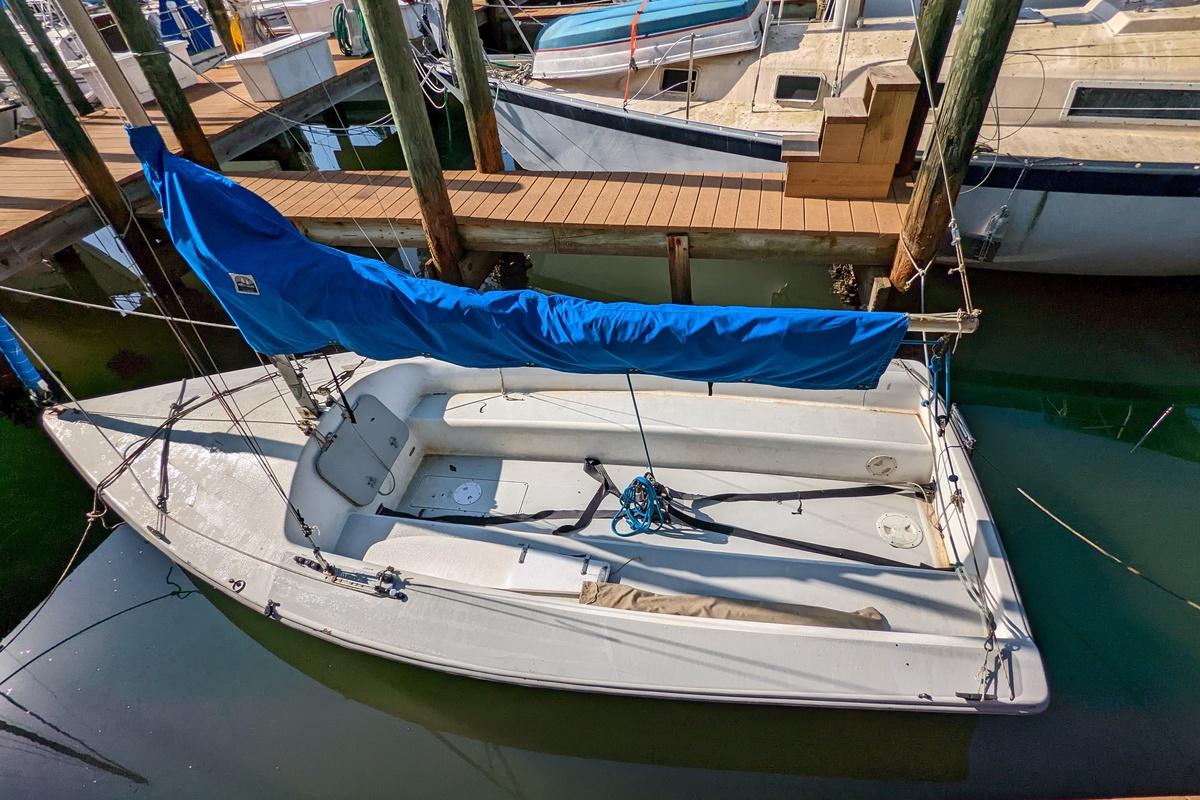 Premium boat builders tend to set the expectation bar really high, so when Crownline’s designers were tasked with building a boat priced just south of $45K — the E1 XS — the pressure was intense. After all, the boat had to hit that price and be fit to wear the “Crown.”

While Crownline is best known for its extensive line of sterndrive-powered boats, the E1 XS is actually the sixth outboard-powered boat in its increasingly popular Cross Sport EX series. A couple of features that make sterndrive boats so attractive are the amount of space toward the stern that can be used for lounging and a swim platform with enough room to stage watersports. But the E1 XS proves an outboard model can do all of the above, even though it’s an easily trailerable 21 feet, 4 inches long.

The secret was to take features from its larger boats — such as the Aft Convertible Sun Lounger, which is electronically actuated on models such as the 285 SS — and create proportionally smaller, manual versions. The lounger on the E1 XS features a three-position backrest that allows passengers to recline in comfort while facing backward or stretch out and lie down when the boat is at rest. When flipped aft, it becomes the backrest for the stern bench that’s part of the cockpit’s L-lounge. For some extra wow factor, the optional electronically adjustable aft lounger backrest ($1,047) features a wider range of positions. Unlike other outboard-powered boats, the E1 XS includes a generous integrated swim platform that’s padded with Soft Touch matting, which continues into the starboard-side walkthrough. A thoughtful addition is the walkthrough gate, which swings into place and helps keep the kids in the cockpit. The platform contains a four-step ladder that’s hidden under a hatch, to preserve the clean look. A familiar theme on this boat is the number of standard features that are usually options — the freshwater transom shower fed by a 15-gallon tank, for example.

The E1 XS is modestly powered by a Mercury FourStroke 150 that uses a single overhead cam design to reduce its number of parts, which makes it the lightest 150 outboard four-stroke (455 pounds). But with a 3.0L motor, it has the most displacement of any Mercury four-stroke, including its supercharged Verado 400R, which has a 2.6L block. The result is power that rolls on smooth and strong.

Another aid to the E1 XS’s performance is Crownline’s F.A.S.T. TAB Hull, which has vented chines that introduce air under the hull to help reduce the drag caused by a hull’s wetted surface, meaning the E1 XS doesn’t need as much power to give it decent performance. Its full-keel planing pad and Delta pad at the stern helped it get up and on top. During our test on Lake Lanier, near Atlanta, it reached plane in 4.2 seconds, despite the hull’s 3,785-pound heft, which indicates how well this boat is put together. This Cross Sport EX reached 30 mph in 10.2 seconds and topped out at 42.9 mph, which is fast enough for any watersport. Buyers can go up to 200 hp on this boat, with either a Mercury Verado or a Yamaha, but they lose the special pricing Crownline set up for this package, making it a prohibitively expensive upgrade. With a Yamaha F200, the price increases by $15,991, so staying with the Mercury 150 FourStroke seems to be the correct play. An often overlooked aspect of boat handling is how a vessel steers at idle. Although it’s more pronounced with sterndrive-propelled boats, stern wander can make a boat weave noticeably. This is where Crownline’s F.A.S.T. Tabs come in to play. They generate vortices that keep water from the sides of a boat from converging on the motor’s lower unit and putting prop torque into play. No problem there with the E1 XS; it tracked straight no matter what speed we were traveling. Conditions on Lake Lanier were a bit choppy, but thanks to the E1 XS’s ultra-sharp 39 degrees of “V” at the hull’s entry point, it cleaved the surface in style. The angle tapers off to 19 degrees at the stern, so laterally speaking, it’s very stable. When I cranked it hard over, it hooked up well as it carved a tight 180. Even the base engine comes standard with Sea-Star hydraulic steering, so taking the kids tubing should be easy. The E1 XS is a made-for-the-sun runabout with plenty of watersports ability. One thing is certain: storage space is abundant. Since this is a modified E1 sterndrive boat, it has a massive compartment where the engine would normally go. Thanks to ample drainage, it can be used to stow wet items such as life jackets, tow ropes and towables. For skis, there’s an enormous in-floor locker that’s longer and wider than any ski ever made. On most boats, the cockpit table stores loose in a compartment, but Crownline engineers created a sliding shelf in the in-floor compartment that’s dedicated to storing the standard side-mount table and pedestal, so it doesn’t eat up valuable storage real estate.

The E1 XS is rated to carry nine passengers, and there’s a seat for all on an L-lounge in the stern and a pair of crew seats in the cockpit. A great standard feature (seeing a trend yet?) is the bucket seat’s suspension system, which smoothes out the ride in a chop. Both have flip-up bolsters, so riders’ heads can get above the curved glass windshield on hot days. This model really can’t be called a deckboat, but it does carry the beam far forward to create extra passenger space. To make it even more usable, an optional filler cushion ($466) turns the bow section into a giant sunpad. The bowrider seats have standard flip-up armrests, but they are just a touch too high for smaller folk. There’s a boarding ladder for beaching and a step pad with a padded non-skid surface. Even with zero optional features, the E1 XS is a better-equipped boat than most. Crownline clearly didn’t play the oh-you-want-seat-cushions-with-that? game with the E1 XS. The list of standards that are normally options is quite impressive, starting with a custom dual-axle trailer with mag wheels. Then throw in a six-speaker Marine Audio Bluetooth stereo, a Bimini top, cockpit and bow canvas, a ski tow, a depthfinder, snap-in carpeting, docking lights, LED cockpit lights, a tilt wheel and a fire extinguisher, just to name a few of the 37 value-added standard features I counted. As one would expect, even though it has an attractive price, it still features the excellent fit and finish that Crownline is known for.

The plethora of standards means buyers need very few options, if any. The big-dollar option is a Samson Blade Onyx watersports tower. It costs $8,261, plus $1,223 for swiveling racks. Bumping up to the premium stereo package with a subwoofer runs $3,686, with the further option to add Polk or Wet Sounds speakers. We wish the cupholders had drains, and we would like an adjustable-height pedestal seat for the driver.

We moved from Wisconsin to Marco Island in southwest Florida a few years ago and live on a canal. We had a pontoon boat up north and decided it was time to get a boat down here to enjoy the great opportunities the area offers. We looked at several boats but really liked the Crownline because of its quality, good looks, performance and ideal size. The water down here can get pretty shallow, so a boat with an outboard makes more sense. We are not into fishing, so we wanted a sporty boat that was designed for comfortable cruising. We love going to places like Keewadin Island or pulling up on a secluded beach and going shelling. Although the inland waters here are usually fairly calm, we do go past large cruisers and the E1 XS handles those huge wakes really well. Throughout the buying process, The Boat House was great. The staff there was very responsive, answered all our questions and gave us a thorough demonstration how everything on the boat works. They even took us to several nearby boat destinations we wanted to go to, so we would be familiar with the area.