The Eclipse series flagship has plenty of room for guests and enough attitude to make a statement. 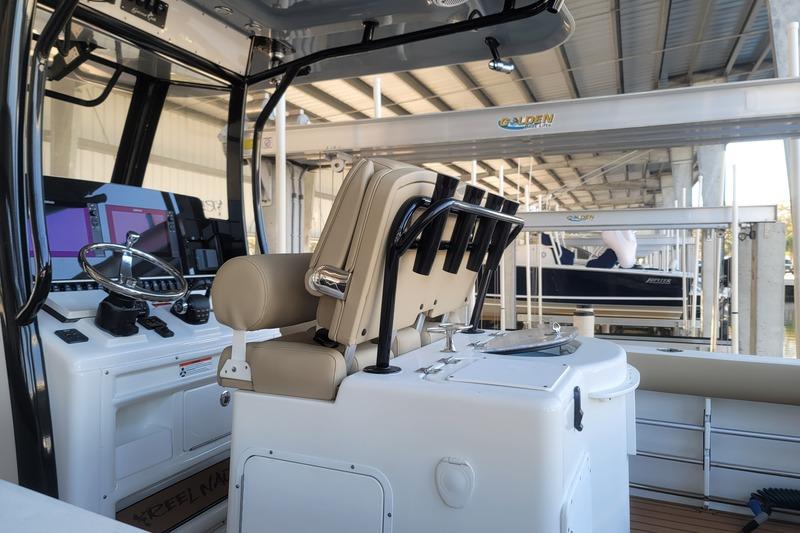 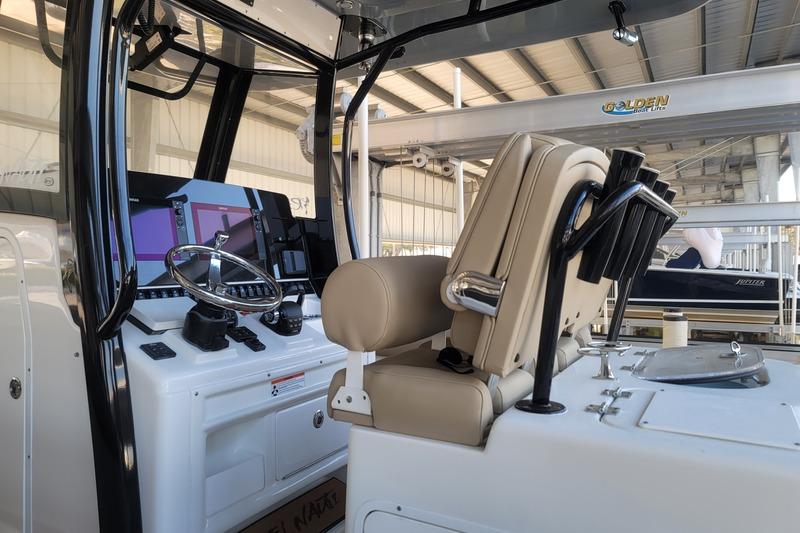 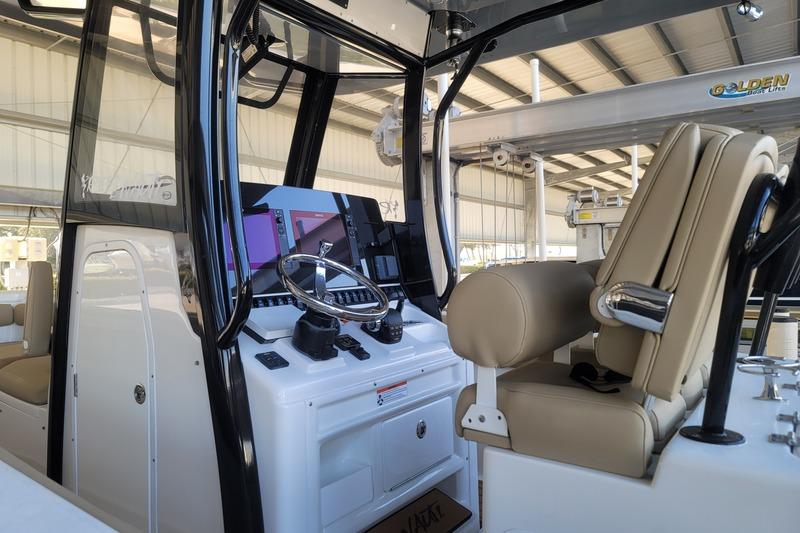 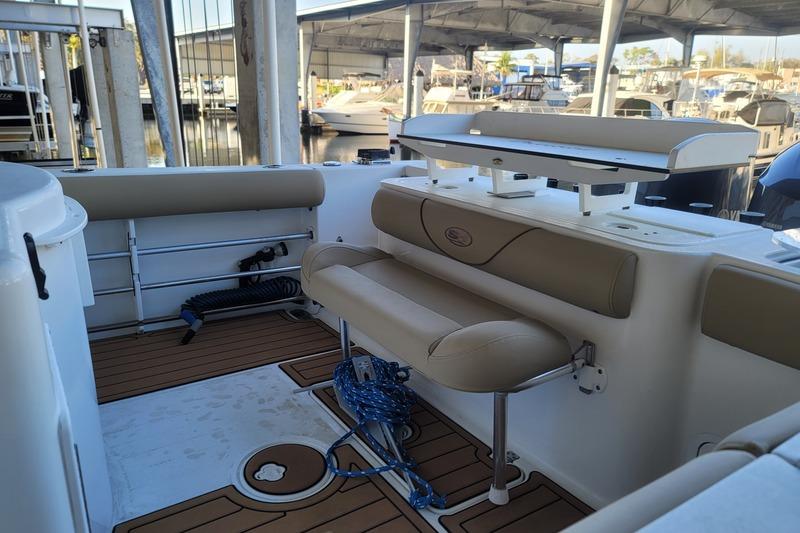 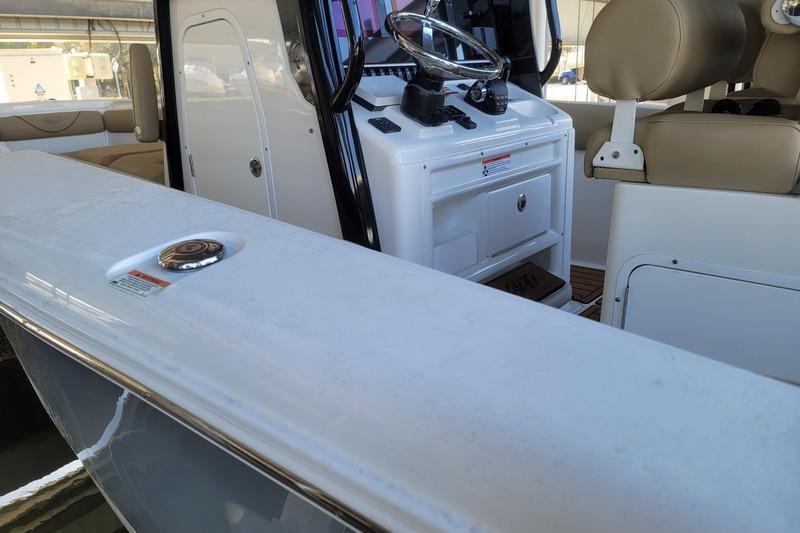 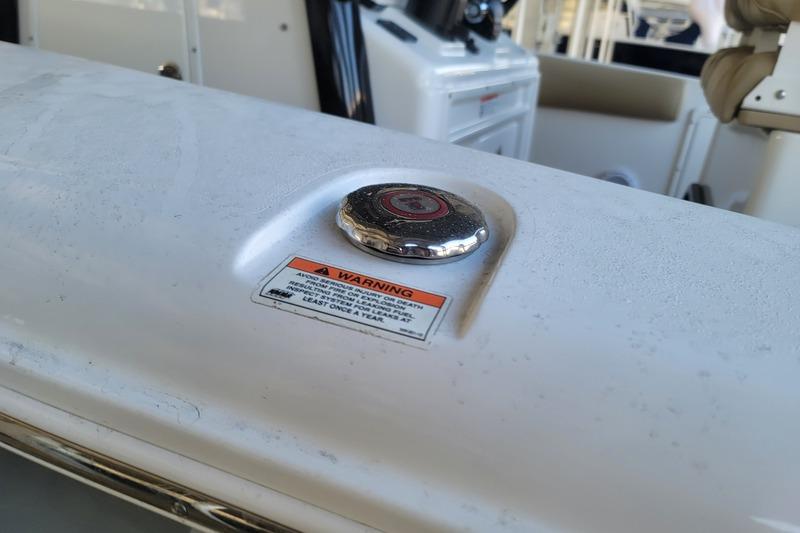 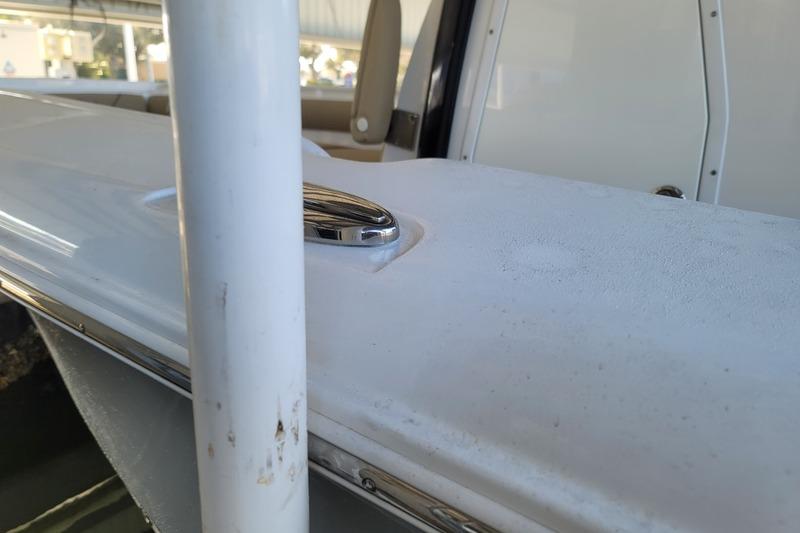 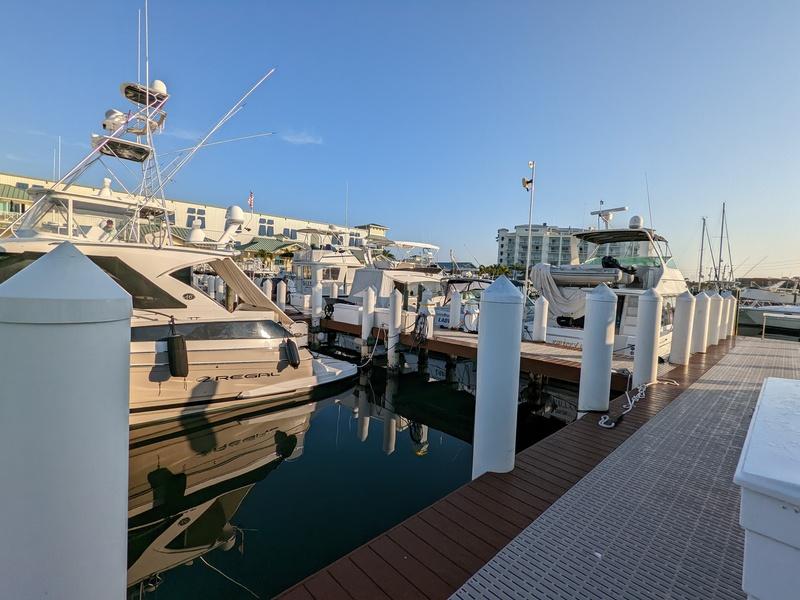 Crownline runabouts all have a sleek, predatory look about them, and just because the E6’s designers built it with some extra room up front doesn’t mean it has to look like a soccer mom’s mode of transportation.

While the E6 is more like a deckboat than its great white shark–snouted Super Sport siblings, the E6 is more of a hybrid that retains a pleasing low-slung shearline that swoops down to the fully integrated swim platform. And twin standard color bands help guide the eyes from front to back to amplify the slimming effect. With all that extra room up front, the bowrider seats are extra wide and have Crownline’s signature feature : hot tub recliner seats with a raised area for one’s thighs to provide the ultimate in ergo-friendly seating. Because there’s extra width at the bow, there’s a rear-facing bow seat that’s perfect for ski spotting. Underneath this bow seat is an Igloo marine cooler, but you have to remove the entire seat bottom to access it. The bow section’s final trick is to add optional filler cushions that transform it into a giant playpen. The extra width gives it room enough for a recessed bow boarding section that is padded for comfort and extra grip, and it has a bow boarding ladder under a hatch for beach landings.

The 26-foot, 4-inch E6 can be powered by an 8.2L, 430 hp behemoth, but Crownline chose to give us a test boat with its smallest available engine, to show the efficiency of its F.A.S.T. TAB hull. With a 300 hp MerCruiser MAG MPIC 350 engine to push the beefy 5,400-pound hull, its performance would be surprising to someone unfamiliar with the hull’s attributes. Thanks to its Delta Performance Pad, which is a flatter section on the centerline at the stern, the E6 got on plane in 3.2 seconds with minimal bowrise. The F.A.S.T. TAB hull has vented chines, which introduce air under the hull to unstick it from the water’s surface tension for less drag, which allowed it to reach 30 mph in 7.7 seconds and achieve a top speed of 49.4 mph.

The E6’s hull starts with a sharp 39 degrees of angle at its forward entry but tapers off to a more moderate 19 degrees at the stern (not counting the Delta Pad), giving it a good blend of slicing ability up front where it meets the waves but not so sharp at the stern, which would reduce its side-to-side stability. Our test track on Lake Wawasee had choppy and calm water and showed off the E6’s ride in different conditions. Its hefty hull gave it a luxury car–like feel and oversized reverse chines did a great job of containing spray.

The vented hull-side chines help with improved acceleration and speed, and the reduced friction helped the E6 turn easily. Aided by power steering, I could fling it in a hard corner with ease, and it tracked very well and in a predictable fashion — not always the case with vented hulls.

The E6 is one of the smaller boats I’ve tested that’s been yacht certified, so its maximum passenger load is determined by the captain’s good judgment (or nearby marine patrol officer’s opinion). Seating is plentiful, with room for five up front, two in the twin captain’s buckets and at least a half dozen on the cockpit L-lounge and abbreviated sofa behind the skipper. Twin cockpit tables have pedestals that are angled to secure into the seat bases to give more legroom on the deck, or you can option up a wet bar to replace the small sofa behind the captain. The rear sunpad has a three-position backrest.

The decent wake the E6 plows up at slower planing speeds makes it a good choice for watersports. And the addition of one of five aluminum tower options — including a power-tilt model — ups not only its skiing cred but adds a bit of styling swagger in the bargain. An in-floor ski locker gives you plenty of board room.

As admirably as the little MerCruiser 5.7L standard engine performed in our sea trial, go with the 8.2L V-8 if watersports are in the picture. I would opt for the less-stressed 380 hp version rather than its overachieving 430 hp stable mate. You get more power with the 8.2L, and it’s heavier to help create a more jumpable wake. If skiing is in the picture, a worthy option is Perfect Pass cruise control, to allow the driver to maintain the perfect speed for each skier. The standard helm station is well equipped and features a rich faux-wood dash and a matching upscale sport wheel. It comes with standard gauges that are usually options, such as an hour meter and a depthfinder with a temperature gauge that shows both air and water temp. There’s room to flush-mount a small GPS chartplotter in the center of the dash, and while I’m optioning, I’m going to include trim tabs. The standard stereo is an upscale Fusion model with four speakers, but for added party punch, you won’t regret getting the Polk Audio/Wet Sounds premium stereo with six speakers and a subwoofer. The port console has plenty of room for the optional head compartment, which is a must-have for families.

Recently, Crownline announced the E6 is available in an outboard configuration. Called the E6 XS, it has the same basic layout as the sterndrive version, but out of necessity it has a swim platform altered to allow the engine to be tilted up.

We wish it had a lockable glovebox for stowing personal items.

Our second boat was a Crownline 252, which we loved, but it had a galley we didn’t use, and we wanted extra seating because sometimes we have as many as 12 people on board. Both our kids love to tube and wakeboard, and with the foldable tower it’s really easy to tow them. I love the trim tabs, which help me adjust the wake, and the bigger swim platform is one of our favorite features. My mother has MS and loves the E6’s gentle ride. Our new boat has a bigger engine than the one we had on the 252, and we love its performance. We do our boating on Lake Madison, which is just across the border in South Dakota, and when we are not doing watersports we like to visit restaurants like the Hillside Resort and Broadwater Bar. Parks Marina really goes above and beyond the call of duty when it comes to providing service and have even done personal favors for me that have nothing to do with my boat. One thought on “Crownline Eclipse E6”