The Cutwater 242 Sport Coupe model features an open design that brings the outside inside. 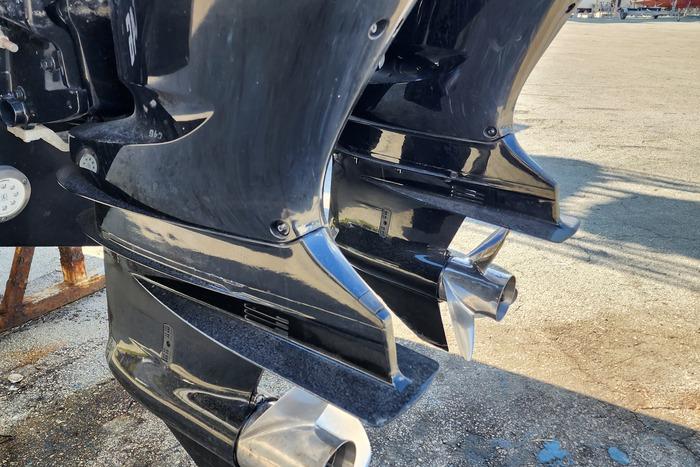 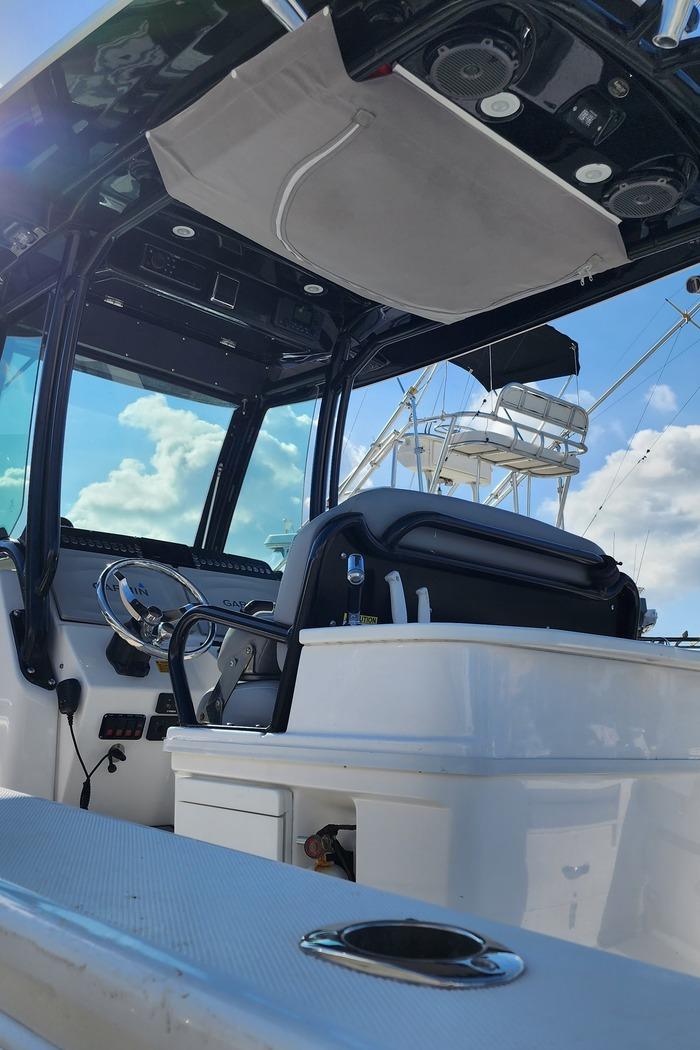 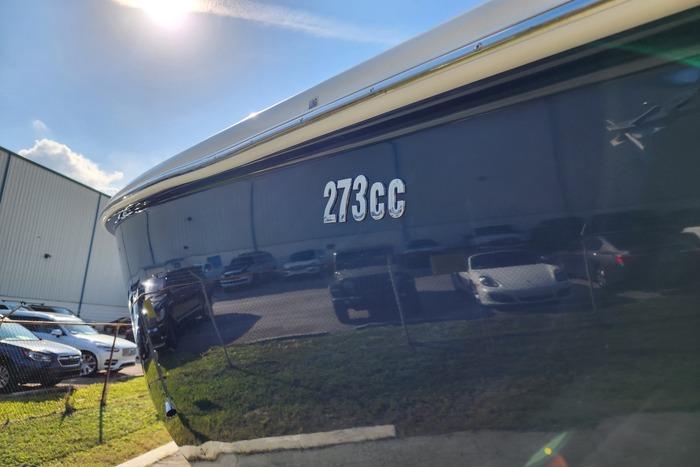 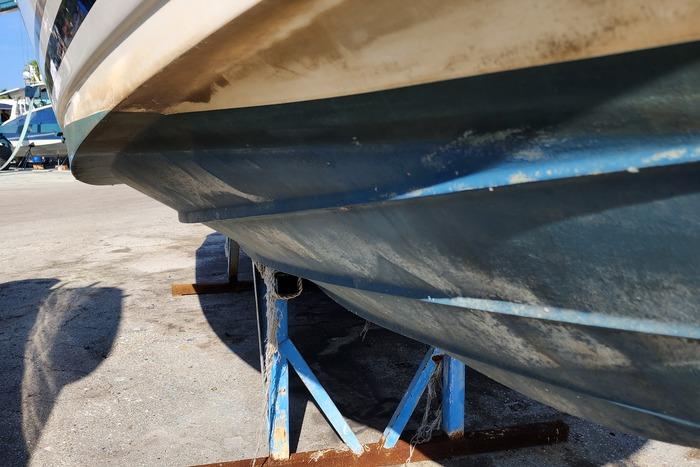 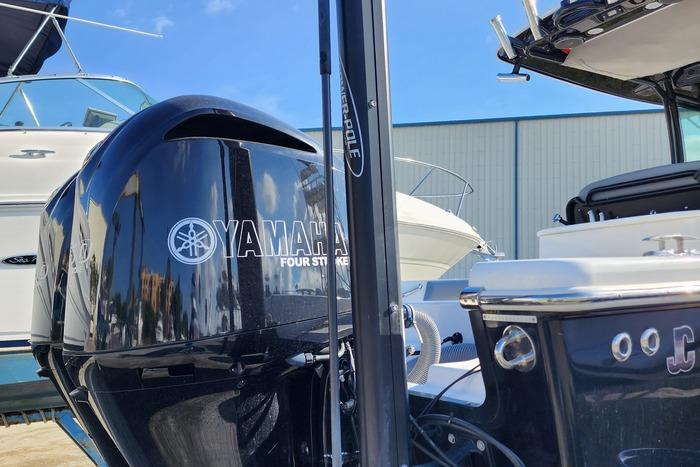 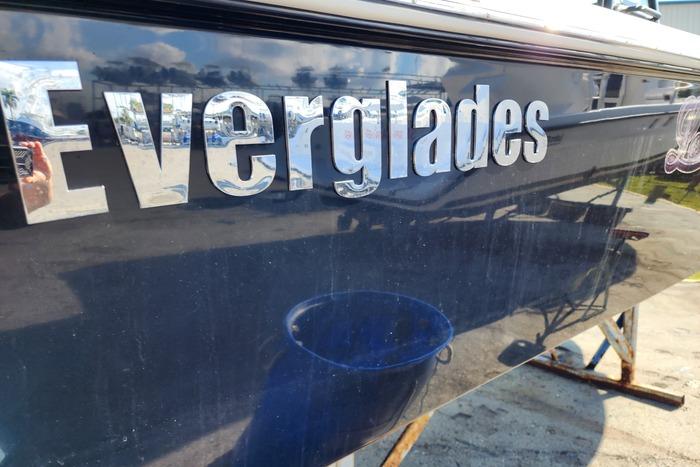 Few trailer boaters don’t harbor the secret desire to own a yacht. The thought of having the ability to load up a boat with supplies and embark on an extended cruise to places landlubbers can’t reach — and do it in comfort — is a powerful dream. But most owners don’t want to give up the ability to fish or do watersports, so they shove aside that fantasy. And that’s where the Cutwater 242 Sport Coupe comes in.

UNIQUE FACTOR
The minute I saw the 242 SC sitting at the dock, I immediately realized it is a different sort of vessel. For one thing, it’s a substantial looking craft — a high bow with tall rails — that reeks of seaworthiness. Its “skyline” hints at its interior spaciousness, but the Yamaha F300 at the stern and the open rear deck and swim platform immediately point to a fishing boat. The tall pull-up ski pylon just happened to be deployed when I first saw it, which let me know what this boat is really designed for: everything. It’s also 8 feet, 6 inches wide, so it can be towed without jumping through any regulatory hoops. I do most of my boating in Florida, and the most popular style of fishing boat down here is a center console, so the first thing a boater like me thinks when he sees a mostly enclosed cabin is the interior is going to be like a sauna. But when I was talking to Rob Stott, the Cutwater rep in Jensen Beach, Fla., where we tested it, he mentioned this boat had been sold to someone in the Bahamas. Seeing one of my eyebrows rise, he said nothing, but he opened an in-floor hatch to reveal a Westerbeke gas generator. The ramification was immediate: air conditioning! Now we’re talking. They are pricey options — $15,000 for the generator and $3,240 for the A/C — but they greatly expand the boat’s geographic comfort zone. Alaska’s in the picture with the optional diesel forced-air furnace heater, for $4,250. PERFORMANCE
I was curious to check out the performance of the 242 SC with only a single Yamaha F300, considering the boat is nearly 29 feet long from tip to tail (including the engine) and weighs 4,900 pounds. It features an ultra-sharp 24 degrees of deadrise, which makes it harder to get out of the hole, but its large reversed outer chines counter that by providing lift, and a 13-degree planing pad assists with planing, stabilizes it during launch and helps it track straight.

The 242 Sport Coupe features a double-stepped hull, which has some advantages … and a few quirks. One thing I’ve noticed over the years when driving stepped-hull boats is that they are a bit slow to get rolling. With the standard trim tabs down, we jammed the drive-by-wire throttle and the Cutwater gathered pace smoothly to get on plane in 5.7 seconds. Its time to 30 mph was a bit stately at 16.1 seconds, but it’s at about that speed that the stepped-hull advantages start to kick in. Because the steps introduce air under the hull, drag is greatly reduced, delivering higher-than-normal speeds and improved fuel economy. And this was borne out by its exceptional top speed of 45 mph. Yamaha techs ran numbers on this boat with the same model engine and were able to coax 50 mph out of it. HANDLING
One of the many advantages of the 242 SC’s stepped hull and steep deadrise is its ability to keep cruising through a moderate chop without getting beaten up. As long as the trim isn’t too high, the boat’s sharp leading edge acts as a cleaver and avoids pounding. At speed, the 242 feels very nimble and responds quickly to course changes. Certain stepped-hull boats can lose traction during hard turns. Another potential issue is boats with 24 degrees of deadrise are prone to heeling over nearly to the gunwales. During our test, we had added difficulties thanks to the narrow channel we were running in and a freakishly low tide that day. Stott was gracious enough to allow me to demonstrate its turning ability in this tight arena, so either I was going to be a hero or a zero on the rocks.

Stepping behind the real wood wheel — little, if anything, on this boat was faux — I checked out the Garmin 7610 GPS set into the real carbon-fiber dash to find out where I could run. Scootching to the far right of the channel, I whipped it hard over to port and the boat started carving a really tight arc thanks to Cutwater’s Laminar Flow Interrupter technology, which breaks surface suction and provides lift at the bow to give it great cornering ability in hard turns. The 242 heeled over, but not excessively, because of reversed hard chines that push back during cornering. Back at the tight marina basin after the test, I pulled up to a gnarly concrete seawall to let Stott jump off and get the trailer. We had a bit of wind and tide, but I was able to pull an ace out of my sleeve in the form of a Lewmar bow thruster ($2,499 with batteries) that allowed me to spin the boat around in that cramped space with ease. BEST USES
The Cutwater 242 SC is equally good as a dayboat or a weekender, especially if advanced on-water dining is your thing. One of its most clever innovations, which shows off its multitaskiness, is found by flipping up a transom hatch to reveal a standard Kenyon grill. My first thought was that it eats up a lot of prime fishing real estate. But this one can be removed to reveal a huge livewell. Just to port, another hatch reveals an insulated cooler. Dining in the salon is a yacht-like experience at the dinette, whose wooden table can be lowered to help form a berth. The fabric for the cushions, both inside and out, is striped and imbues a tropical feel. Flippable seatbacks at the dinette deliver more seating flexibility. The galley comes well-equipped with a microwave and a 12v refrigerator/ freezer. For cleanups, there are three sinks throughout the boat.

For fishing, rod holders are standard, and two elevated jumpseats are perfect for watching a trolling spread in comfort. An aft sunshade ($1,090) should keep the cockpit cool during a fight with resistant quarry. Despite the hot Florida day we had for our test, we didn’t even need the air conditioning thanks to the airflow through the salon. The sunroof can be revealed by removing canvas panels (they were a little unwieldy to put back on). The side windows have cutouts to provide ventilation too, though it would be useful to be able to open and close the gap as needed. PREFERRED SETUP
Cutwater loaded up the 242 SC with standard features, as evidenced by a well-appointed stateroom that has a V-berth with a high/low table to provide a larger sleeping area at night and a working surface during the day. There was plenty of headroom for my six-foot frame, even in the head compartment, which is very yacht-like and comes with a pumpout marine head and a hot-water shower. For entertaining, there’s a standard TV/DVD combo, and the off-the-rack stereo is a top-of-the-line six-speaker Bluetooth Fusion that comes with a subwoofer. On the foredeck is a full-blown lounger chair. Underwater lights are standard.

Only a few options are needed in addition to the ones mentioned, including a windlass that is available for a reasonable $1,199. Of course, owners will want to take the show on the road, so a factory aluminum trailer is an option for $10,740.