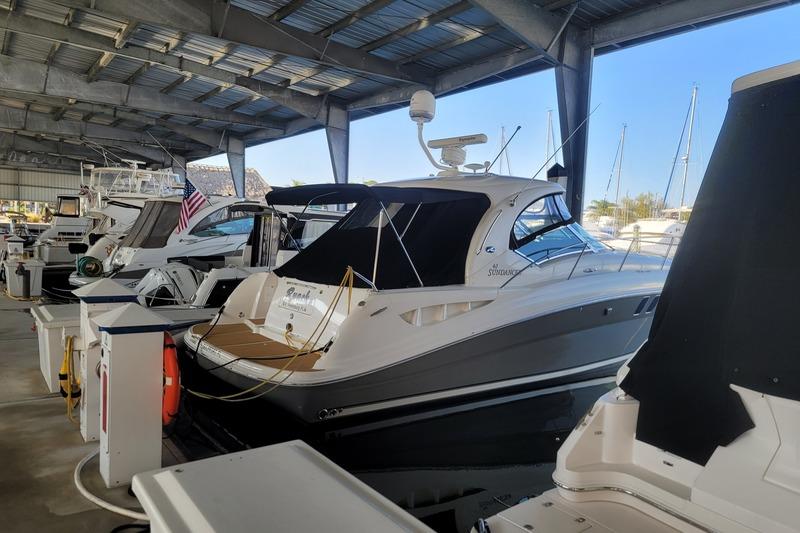 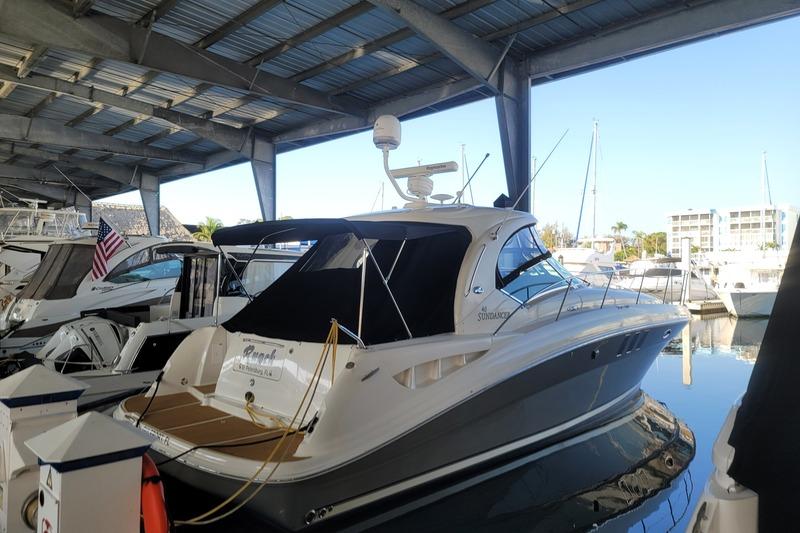 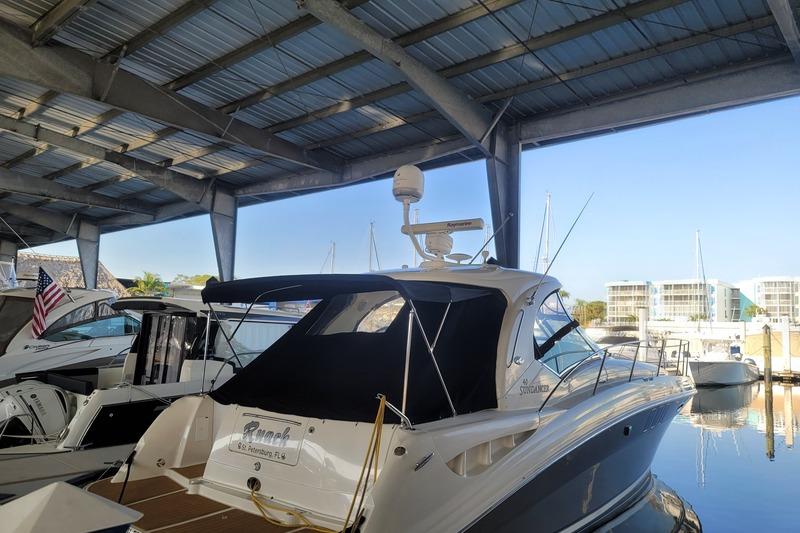 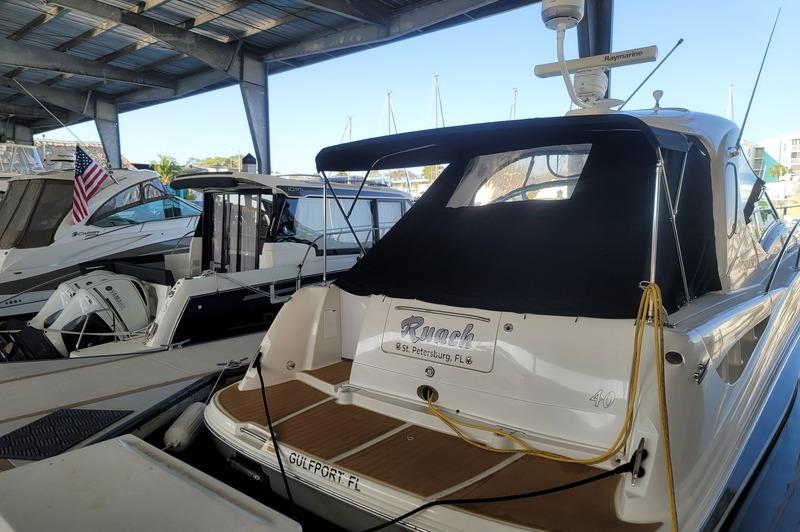 For 2015, Four Winns waved the luxury wand at the H210, a bowrider that shows even smaller boats can have some yacht club caché. The helm got a total makeover and now sports an automotive look, which isn’t surprising: The dash was designed by the same folks who created the Tesla electric car dash. New fabrics and new interior color schemes set the tone for the 21-foot, 7-incher, and there are a number of new seating possibilities.
For hanging out back, there’s a new high-backed flip-up stern jumpseat that folds flush to form a sunpad, which has another flip-up backrest for catching rays without having to lay flat.This year the swim platform is set down to water level like on inboard ski boats and features a waterfall design, so wakeboarders can slide right into the water for a set. And reboarding is easy thanks to the hidden boarding ladder. The port-side console seat has a flippable backrest, so if you are the designated spotter, you just flip the seatback forward and recline in comfort while watching your best friend eat a face full of water. A huge, fully finished ski locker sits amidships and stays open thanks to a hydraulic ram. If skiing if your main thing, a wakeboard tower option is available.Four Winns offers a wide range of power options, from a 220 hp 4.3L V-6 all the way to a 300 hp V-8, but our test boat’s engine hit the middle of the range with MerCruiser’s all-new 4.5L V-6 that puts out 250 hp. At a recent Mercury press event, writers conducted a drag race between the 260 hp 5.0L V-8 and the new 4.5L engine, which is the first new sterndrive in a long time that has no automotive counterpart — it was designed as a marine-only engine. Out of the hole and to 30 mph, the smaller V-6 raced away from its higher-horsepower counterpart, until the final stage of the race when the extra10 hp asserted itself on the top end. The 4.5L is a great match for the H210 and its Stable Vee hull. On plane in 2.8 seconds, it reached 30 mph in 6.9 seconds with a top speed of 47 mph. Lake Cadillac in Michigan was really choppy, but the Stable Vee hull with 20 degrees of deadrise allowed us to glide over in style. Its cornering was really impressive, and we were able to crank the steering to its stops without blowing out.