Sterndrives and pontoons are still a great match. The Grand Mariner SEL 230 is proof. 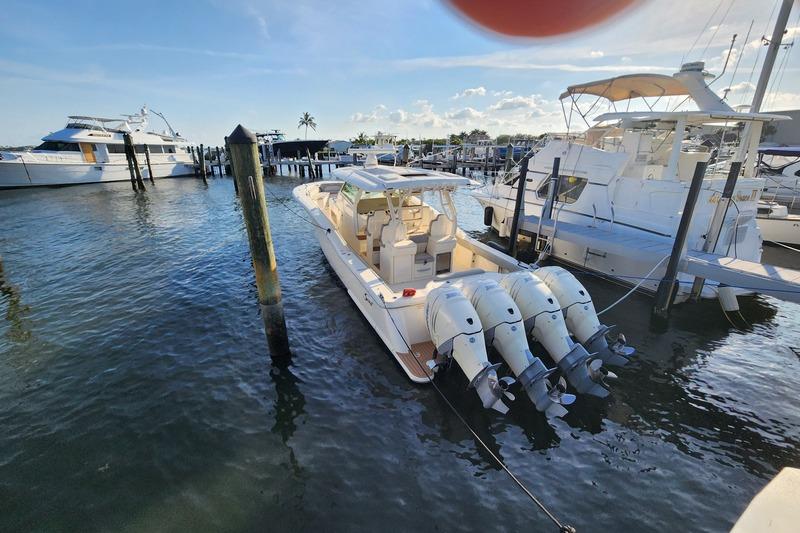 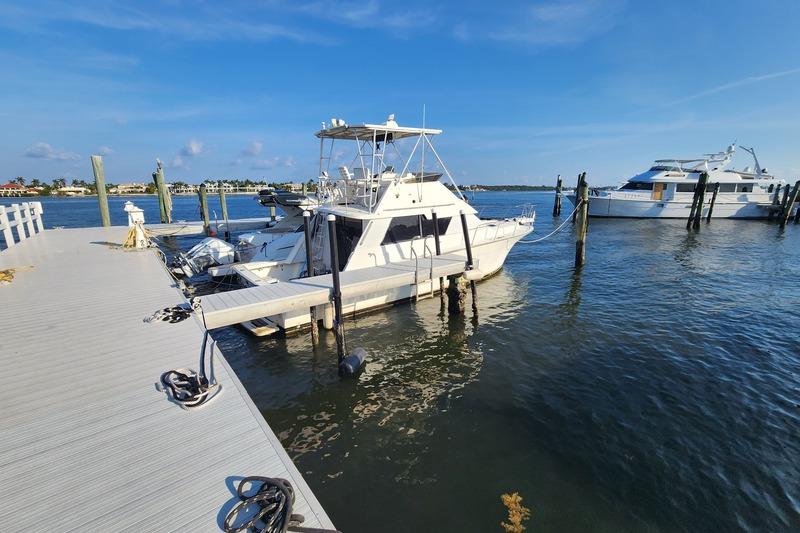 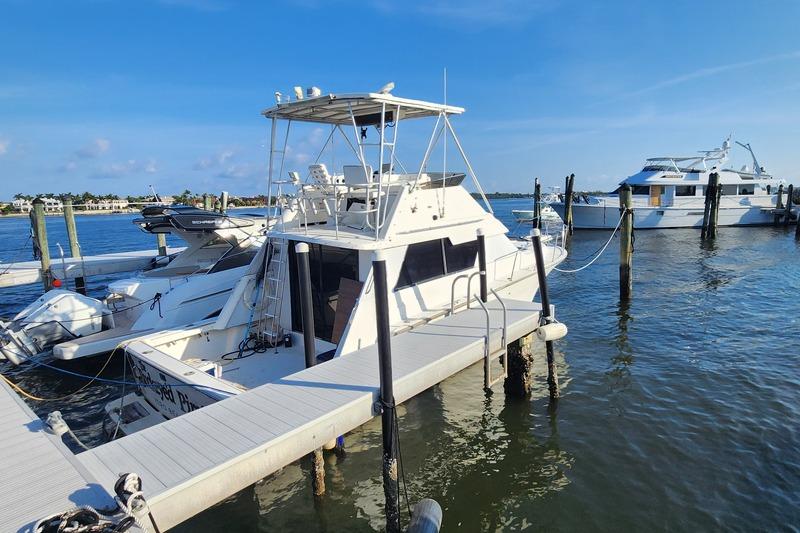 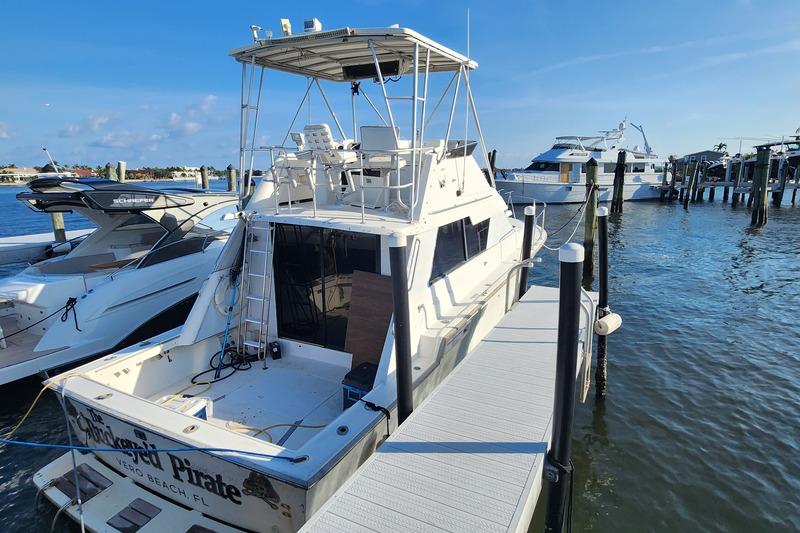 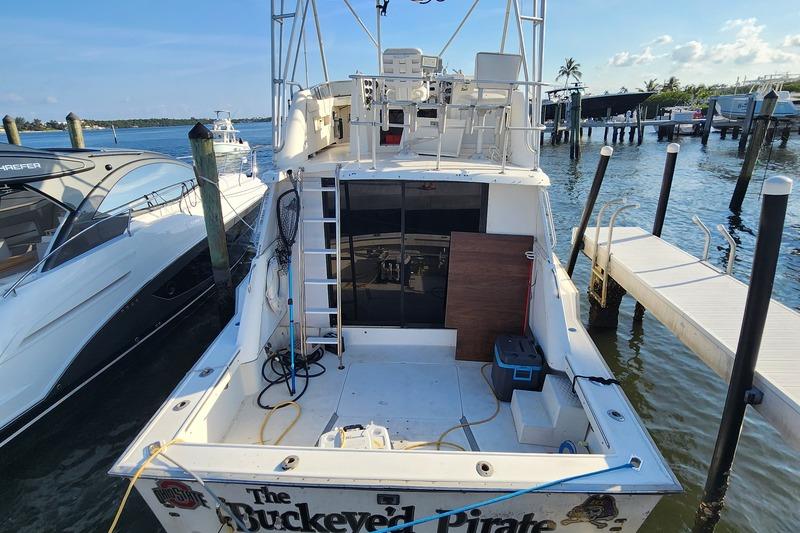 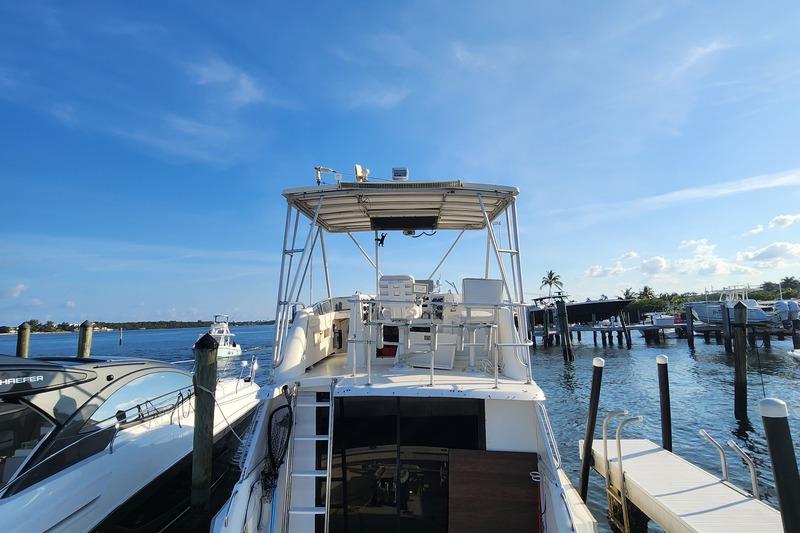 Sales of outboard-powered pontoons are steadily rising, but a new generation of sterndrive motors and the ability to artfully integrate them keep this category alive and well. The Harris Grand Mariner SEL 230 melds style, performance and function in a 26-foot, 1-inch pontoon. UNIQUE FACTOR
The first readily noticeable advantage of sterndrive power is space for a swim platform, and the wide-open curved one on the Grand Mariner SEL 230 is an invitation to hang out. The off-the-rack boat comes loaded with features such as a removable, stout 2-inch-thick stainless steel ski pylon that matches the rear boarding ladder, which comes with wide easy-to-grip swimming pool–style grabrails. For power lounging with the key off, there’s an extra-wide aft-facing recliner that has a flip-flop backrest and, something I’ve not seen before, a jumpseat in the aft starboard corner that will be a great place to boot up before a ski run. The rear deck is covered in Desert Seagrass, which continues throughout the boat and is one of the many standard features on this new luxury model from Harris. The entire Grand Mariner series has been redone this year and features a new parallel rail design that has more curves than last year. Four black anodized rails start at the bow like a car grill, and the bottom three swoop down to the deck about two-thirds of the way back, while the top rail joins the three rails that start on the aft section, to create an eye-pleasing flow. Buyers get a choice of eight fence panel colors and can add a choice of six contrasting colors in the center panel, for $450. For added bling, buyers can include polished aluminum tubes, which are always a conversation starter.

PERFORMANCE
For many years, MerCruiser used GM and Ford blocks and marinized them, which worked well … for a while. Increasingly, however, EPA rules placed automakers under the gun to achieve better fuel economy, which caused the mission of boats and autos to diverge. As a result, many newer car motors became less attractive to boat builders because of decreased torque, which boats depend on. So for model year 2016, MerCruiser wiped the computer screen clean and started over to design an engine with a single purpose: marine use. One of the most fundamental differences is that car engines are in front of the passengers while boat motors are behind them. So the first thing MerCruiser had to change was to place the throttle body in the rear, which minimizes that annoying sucking sound from air and gas hurtling into the combustion chamber. MerCruiser’s new-gen engines, including the 6.2L 350 hp model our test Harris featured, produce plenty of usable power and include some cool features never seen before. Harris is so sure this is the perfect engine for the job, the 6.2L 350 hp is the only one offered. Boats tend to bog down during cornering and the driver usually has to add power to compensate, so MerCruiser came up with an innovation called Adaptive Speed Control to keep rpm constant. When launching out of the hole, the captain has to know when to start trimming up, but on our test boat it was easy thanks to the Active Trim system, which is a $790 option that’s well worth it. With it engaged, the SEL 230 got on plane in 3.2 seconds, and once the speed built up, the motor trimmed itself to optimize the boat’s time to 30 mph, reaching it in eight seconds. The driver can override the trim system at any time by hitting the trim button, which I did to “over trim” it and reach a top speed of 49.3 mph, which was only about 1 mph faster than with Active Trim engaged.

HANDLING
Many pontoon boat builders offer a putt-putt version of their models: two tubes and just enough power to nearly muss passengers’ hair. Harris doesn’t go that route with the SEL 230. It only comes with the PIII package, which features triple 25-inch tubes, an aluminum underskin and a rough-water package. Harris drops the center tube an inch, which doesn’t sound like much but it helps create a pivot point during turns.

The PIII configuration also comes with lifting strakes on both sides of the center tube and on the inside of the outer tubes. The lifting strakes helped it plane quickly and ride on top of the water, and once the Auto Trim feature started doing its thing, the front of the pontoons cleared the water and had the SEL 230 riding bow up. The absence of lifting strakes on the outside of the outer tubes and the lower center tube allow it to lean over like a deep-V monohull during hard turns and carve a really tight turn. BEST USES
The standard Grand Mariner SEL 230 makes a solid watersports boat, but a family that is really into watersports can bump up its ski quotient with options such as the Delta Tower ($4,740), which includes a mount for a rear-facing camera ($430), and an in-floor storage compartment ($1,420) that comes with a bilge pump. Drivers will really appreciate the Adaptive Speed Control feature when they are towing for the first time and turn the boat at the end of the lake. Instead of the driver having to add and subtract power to give a skier an even tow, it’s taken care of automatically. At the helm, the gauges are GPS-based, so dialing in the correct speed for wakeboarders and slalom skiers is easy and accurate.

Harris gets the entertainment quotient off to a roaring start with a standard Polk Bluetooth stereo. Its six Jensen speakers include two on the transom, and there are twin remotes, one on the swim platform and one on the rear lounge. Our test boat one-upped that system with a JL Audio Platinum stereo ($4,535) that included six speakers, two subwoofers and amps, for the ultimate thump. Our boat included a bow filler cushion that will integrate with the bow chaise lounges to form a U-shaped conversation pit. The standard package comes with a woodgrain cockpit table; a second costs $260. An L-lounge in the back delivers plenty of seating that contributes to its rating of 11 passengers.

PREFERRED SETUP
The Harris SEL 230 is positioned as a premium boat and commands a near-$90K starting point, and buyers will likely reach six figures before they’re done checking boxes. Not many people are going to buy this boat for fishing as a first choice of recreation, but it does come standard with a Lowrance Hook 3X fishfinder. Another floorplan for this model features twin portside bow UltraLux captain’s chairs, which make great fishing or cruising chairs. At the helm, buyers can go positively yacht-like with glass-dash 12- and 7-inch displays. A cool wheel like our boat had is a $350 option or comes as part of a convenience package ($650) that also includes a woodgrain portable cupholder and kick plates. One of the features I didn’t care for was the really short front deck. I felt like I was perched on a high-rise ledge, so I was happy to see a 2-foot extension offered for $840. The changing room option ($530) and the portable toilet ($220) will make the pontoon more self-sufficient. Just a couple of small things: The driverside cupholder’s placement makes it difficult to use, and the steering wheel covers up the depth gauge.

I get a new boat every year and have had many different types of boats, but this is our third Harris pontoon in a row, for a reason: The great layout and performance make it more versatile than anything else on the water. Sometimes we load up the boat with friends, kids and grandkids and go tubing or wakeboarding, and the Grand Mariner has the roominess and performance to handle it in style. We also like to cruise on beautiful Table Rock Lake and will sometimes go to Pirate’s Cove for lunch. Harris pontoons are put together really well with quality components and excellent welding and have great resale value, which is important since I only keep them for a year. An often overlooked part of owning a boat is customer service. I’ve bought my boats and kept my houseboat at The Harbor for many years, because of the way they take care of me. One time when the lake was really high and the parking lot was flooded, they ran a shuttle out to the boats until midnight to make sure we weren’t inconvenienced.