Lowe’s new Retreat Series will have your friends thinking you won the lottery. 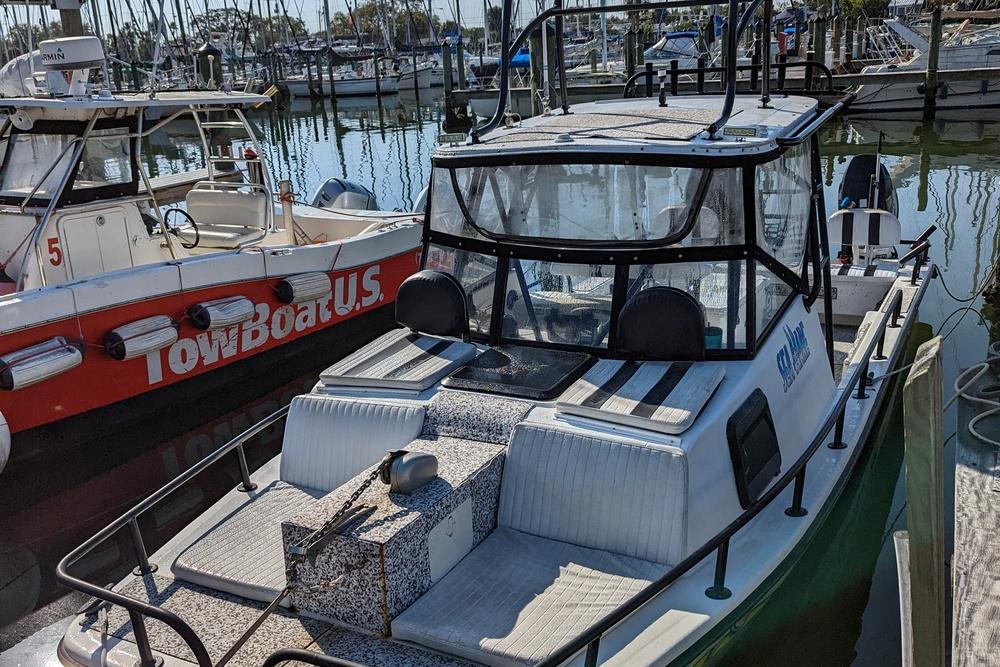 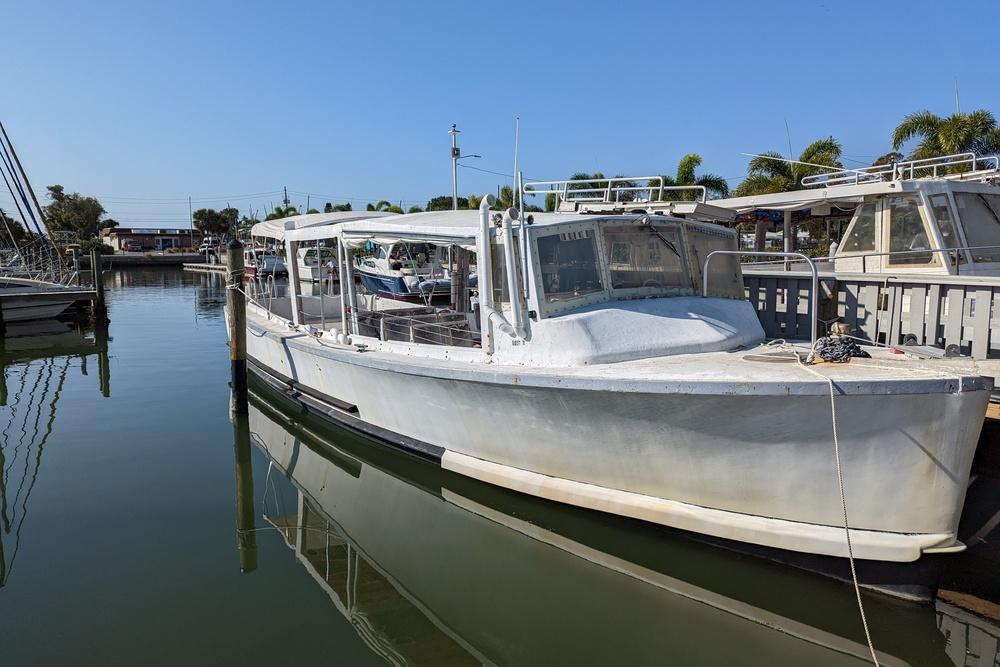 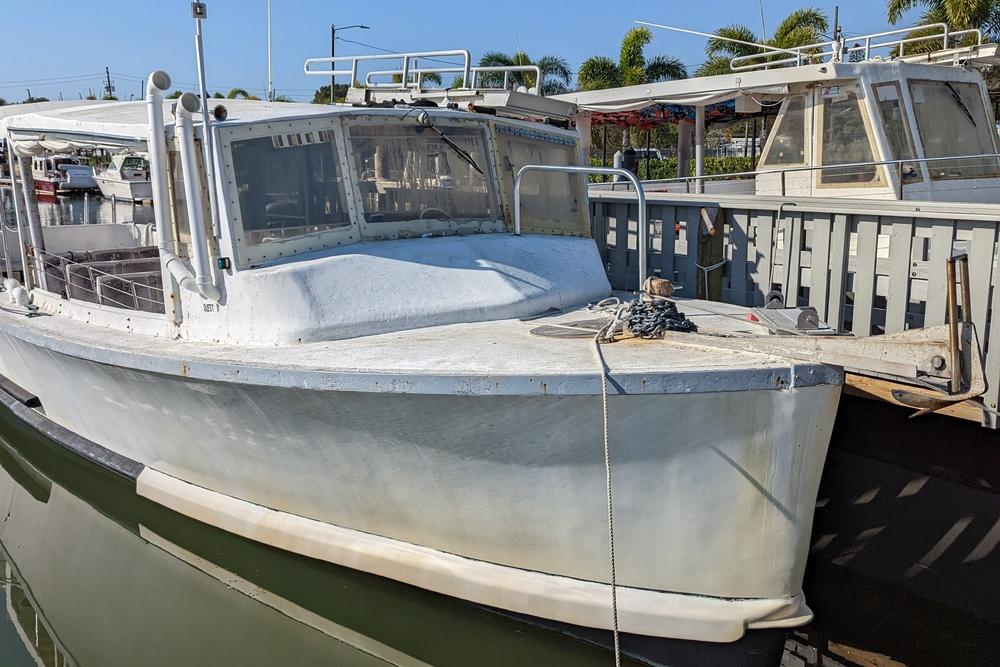 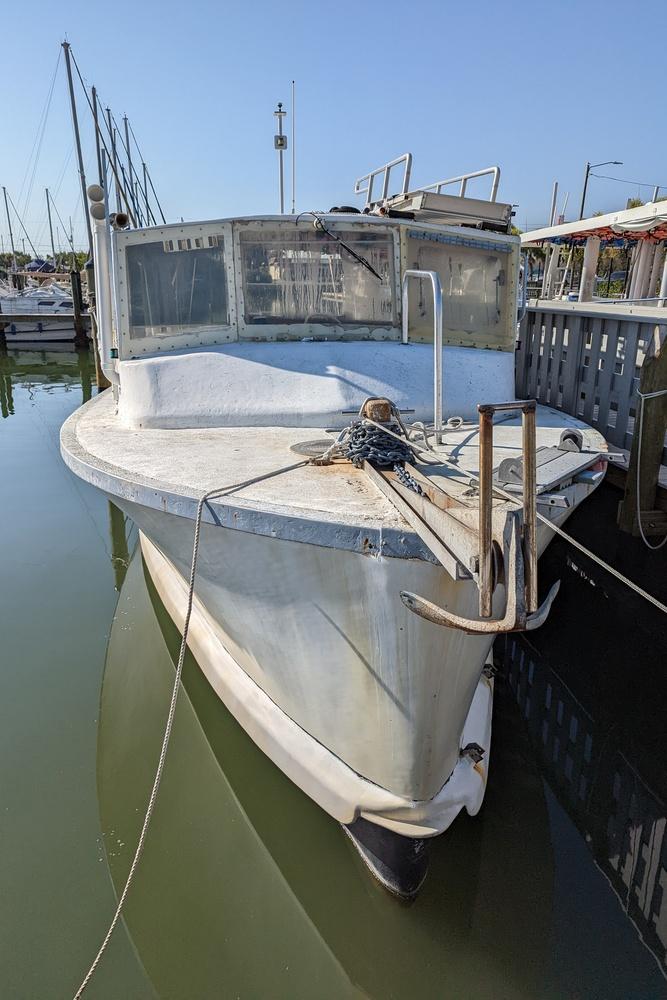 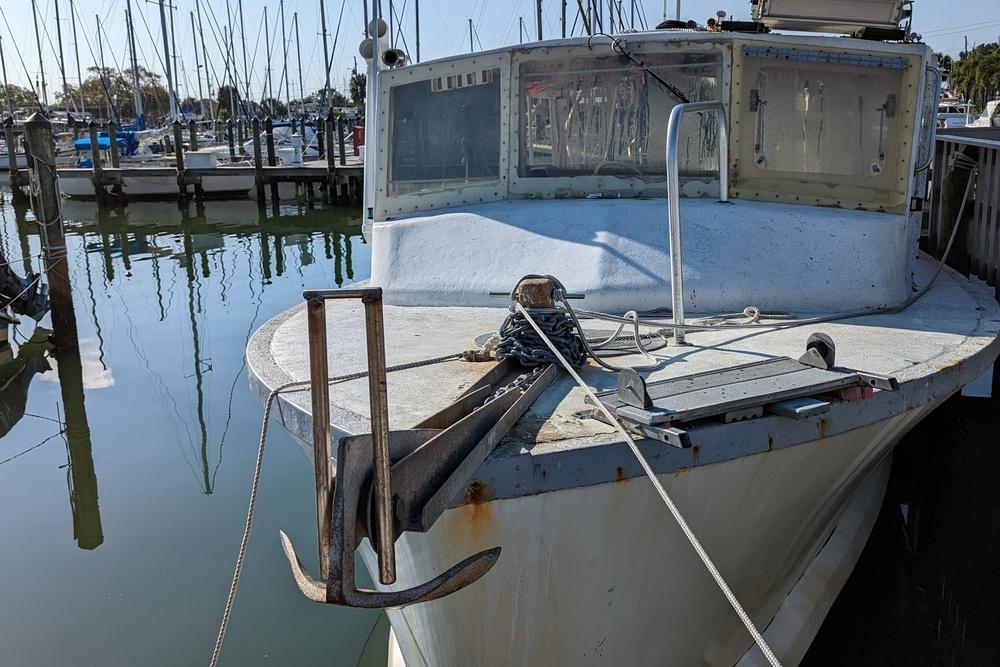 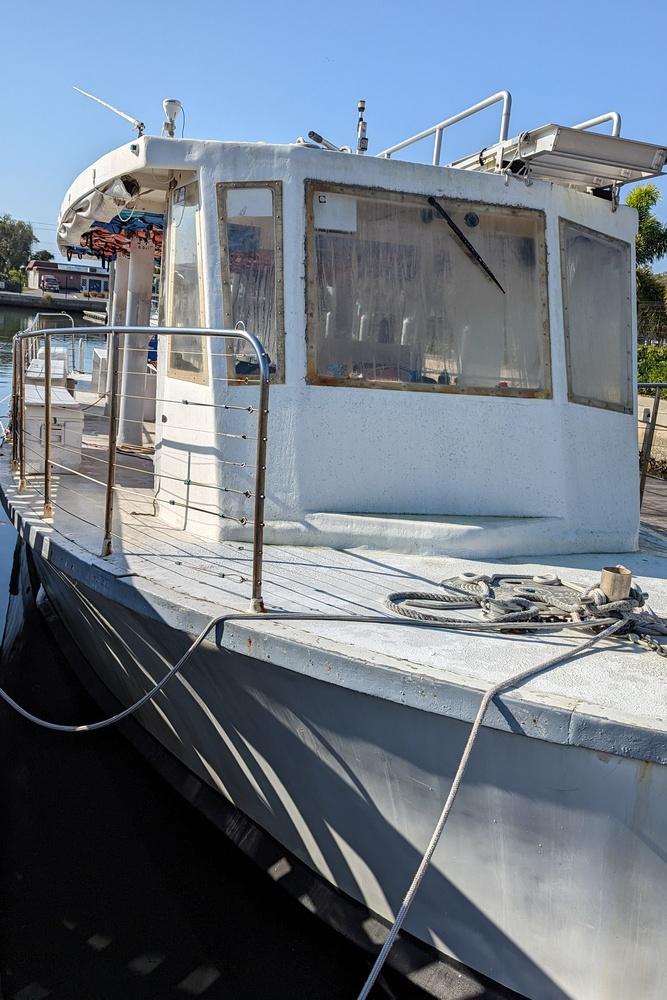 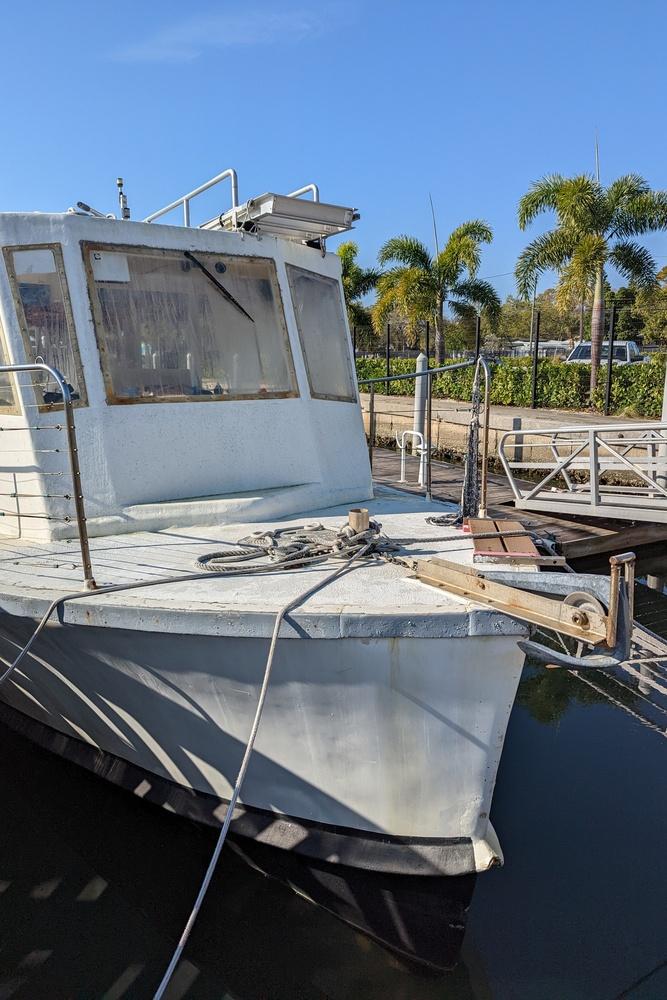 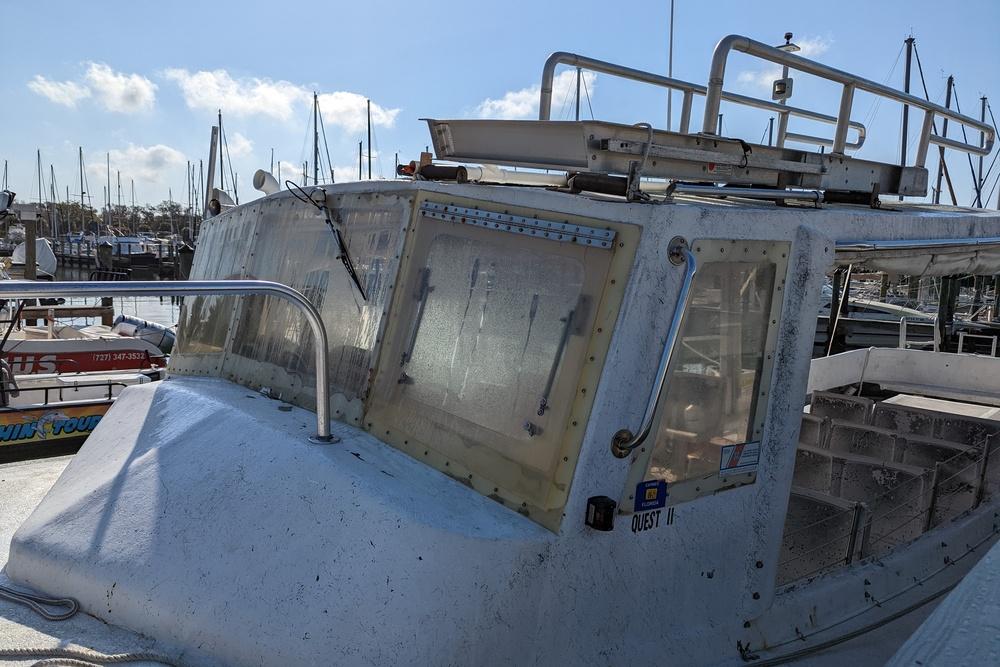 In the last few years, Lowe has been adding new luxurious lines, such as the Infinity Series that was introduced two years ago, to its portfolio of affordable pontoons. For 2017, the new kid on the block is the Retreat Series, which nails the affordable/upscale sweet spot. There are two sizes, the 25-foot, 7-inch 250 and the 2-feet-shorter 230 RFL we tested.

The Retreat 230 RFL features a contemporary design with a choice of black or silver D-rails that swoop down toward the stern. For customizing the look, buyers have a staggering 20 choices of color/accent combinations that all come at no extra charge. Black rails are hot right now, and that’s how our boat was equipped. The 230 RFL we tested is representative of Lowe’s new look — seems the wild graphics of recent memory (skulls, anyone?) are gone — and featured a black/gray/sand accented fencing scheme that gave it a classy, understated look that retained plenty of pizzazz. Inside, the upholstery was clad in tan vinyl with tasty chocolate brown accents on side panels and trim cushions that top the bow section like frosting on a cake. The in-floor locker hatch is most unusual. It has the Lowe name sculpted into it, but its dark color might make it a little too toasty for bare feet on a hot day.

Our test Retreat sported triple tubes and the XL Tube Package, which includes lifting strakes and Wake Tamer deflector fins at the bow. Since Lowe is a Brunswick company, there will be a Mercury on the all-aluminum engine pod, and buyers have an astounding 30 powerplants to choose from, ranging from 25 hp (don’t do it!) all the way to a 250 hp Verado Pro. Powering our test boat was a Mercury Verado 200 hp outboard. It was the lighter of the two 200 hp outboards, the four-cylinder version that weighs 510 pounds, compared to the six-cylinder model that tips the scales at 635 pounds, so it delivers a better power-to-weight ratio. It’s still supercharged, so out-of-the-hole performance is good, as evidenced by the 230 RFL’s time to plane of 2.3 seconds. Its linear power band kept pulling strong and propelled the Lowe to 30 mph in 7.4 seconds and to a top speed of 40.3 mph. The minimum power I would suggest is the 150 hp FourStroke model; it should deliver a top speed in the 36 mph range, but the four-cylinder Verado 200 hp seems to be a really good match and comes at a reasonable $3,860 upcharge over the 150. Adding the extra 50 hp to reach 250 is $4,835 more than the 200, and the added weight (125 pounds) negates some of the power gain. It also requires premium fuel (95 RON) to achieve its peak performance.

The XL Package includes triple 25-inch-diameter tubes that include lifting strakes on both sides of the center tube and on the inside of the outer tubes, an arrangement that gets the Retreat 230 out of the hole quickly and allows it to ride higher in the water when it’s on plane. This strake configuration helps it lean a bit in hard turns, although due to prop torque it’s more pronounced during right turns than when turning to port. If you do most of your pontooning on large lakes that are prone to simulating open-ocean conditions or if you spend a lot of time near wide-open throttle or if you beach the boat a lot, order the Roughwater Package for $1,400. It comes with heavier-gauge aluminum, extra baffles in the tubes, heavier keels, longer brackets and a 50-gallon fuel tank. Our test boat had the High Performance Package ($3,808), which beefs up the chassis with 16-inch crossmembers, resulting in an earth-like feel when banging over the chop.

The helm station is positioned farther forward than on most other pontoons and is elevated, which gives the driver excellent forward vision. With engines of 150 hp or more, tilt hydraulic steering is required, and that’s a wise decision. The Verado 200 hp comes with Digital Shift and Throttle (DTS), which makes speed control very smooth. Our test boat had the optional Active Trim system ($562 with Verado outboards), to keep the boat in perfect trim no matter what speed it is running. Active Trim is especially useful for turning while towing waterskiers, as it helps keep speed steady and prevents the prop from breaking loose. It has five settings for a variety of applications, so drivers can adjust when the load changes or they are going for max performance. The helm features one item every boat should have: a master power toggle switch. With one flick, the driver can shut down all potential power drains with confidence. The only downside to this compact helm console is it lacks room for installing flush-mounted electronics.

The Retreat 230 is a mid-sized pontoon with a passenger rating of 11, but its design is optimized for smaller groups. The best seats are rear-facing chaise lounges that are incredibly comfortable but have sculpted-in armrests that remain in a fixed position, which limits the number of people who can sit with their feet on the deck. The bow recliners don’t have this restriction, so guests can sit cheek to cheek to maximize capacity. At first glance, the forward recliners look pretty short, but that’s because they are taller than most; there’s plenty of room for a 6-footer to stretch out in comfort. They wrap around toward the centerline, so reclining while looking aft is also doable. Add a filler sectional to cover the bow gate for additional capacity. Across from the helm is a companion captain’s chair.
For entertaining, a custom Plexiglass oval table features four wire cupholders. For even more entertainment bang, an optional moveable Ottoman ($761) has a built-in cooler.

When powered by 150 hp or more, the 230 RFL has plenty of performance for watersports. Our test boat was equipped with the well-braced stainless steel premium ski tow ($646) and a standard centerline locker that has plenty of room for all the skiing gear. At about 30 mph, the Retreat throws a pretty flat wake that’s well suited for slaloming, and it kicks up enough of a wake at slower speeds for junior wakeboarders to learn to launch. The rear deck has plenty of room for moving about, and the four-step ladder features an extra-wide grabrail spread for better leverage during reboarding.

Lowe starts the Retreat 230 RFL on the right foot with well thought out standard features such as the upscale 160-watt Marine Audio Bluetooth stereo system. But $1,532 seriously ratchets up the entertainment game, paying for a Polk Audio upgrade that includes a subwoofer. A wide choice of vinyl flooring is available, six of which — like the two carpet choices — actually subtract dollars from the MSRP of $39,365 (when powered by a Mercury Verado 200 hp with DTS). Our model was decked out in full gray teak vinyl flooring, which upped the ante by $1,371 but looked great. For nighttime excursions, underwater lighting is always a show-stopper, and Lowe delivers the ambiance for only $286. Lowe even offers a trailer on the option sheet, which is usually left up to the dealers to source, and the galvanized model starts at $3,706.

One thought on “Lowe Retreat 230 RFL”