Nitro’s newest fishing boat is the wrong boat for marlin, but pretty much everything else is fair game. 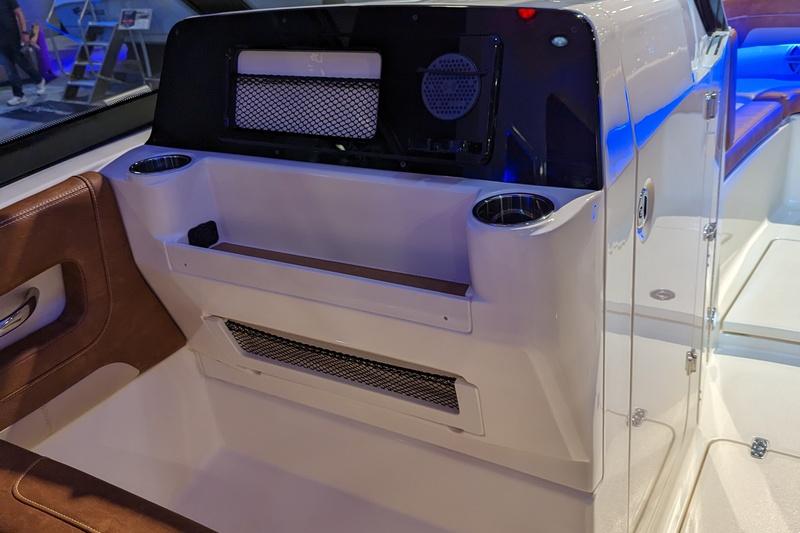 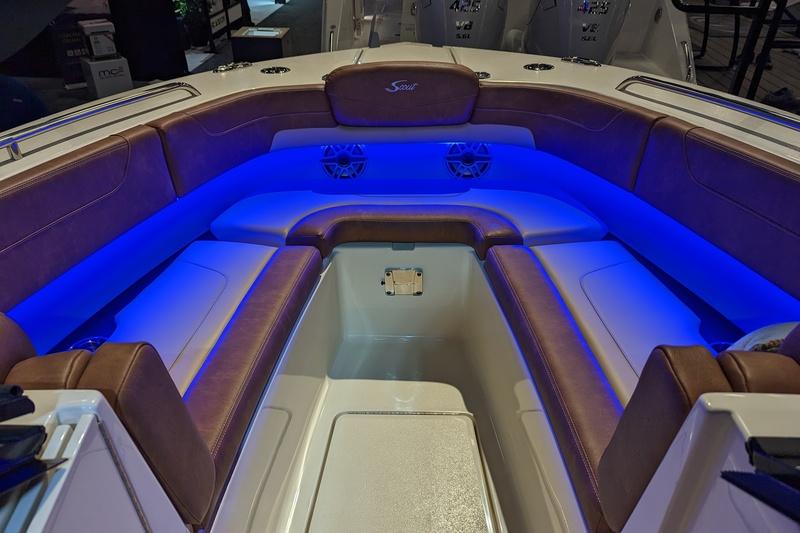 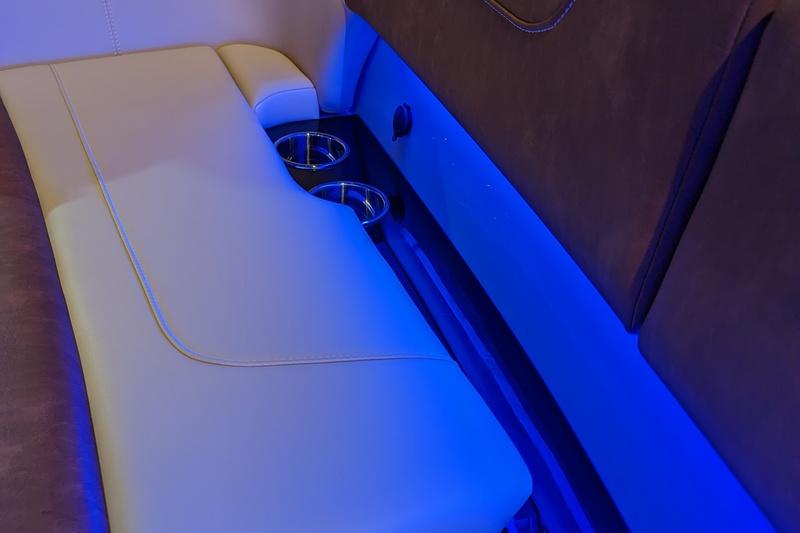 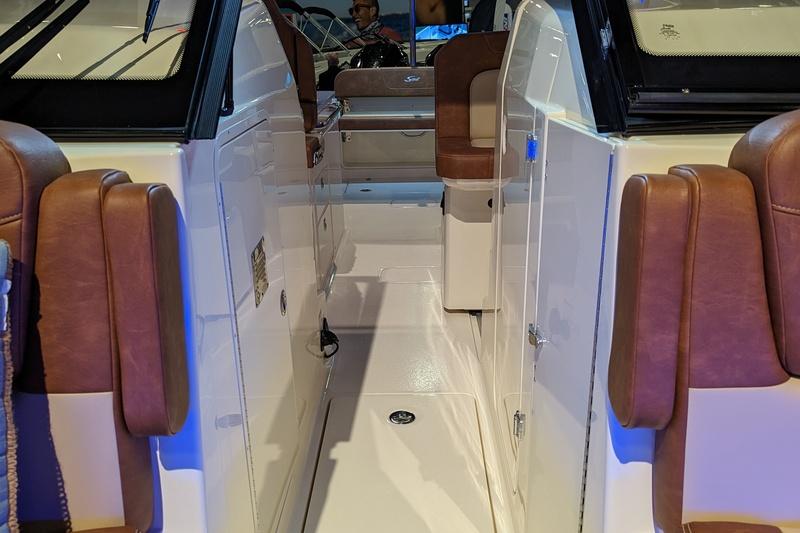 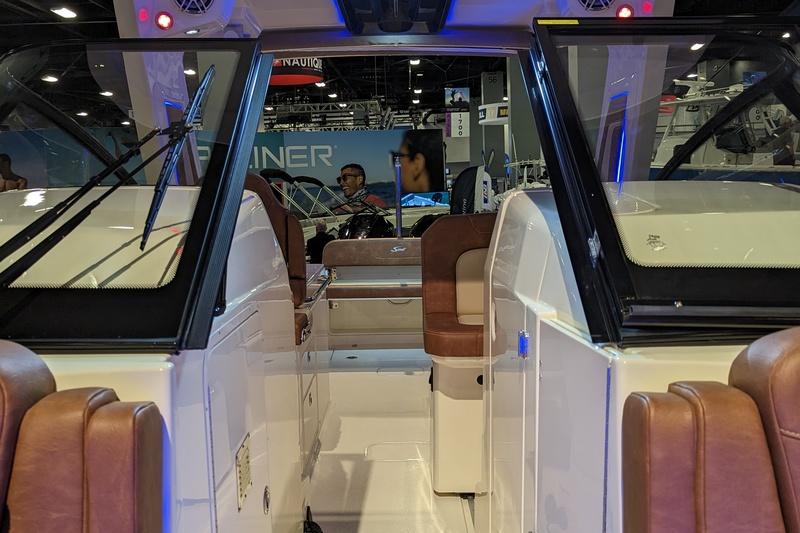 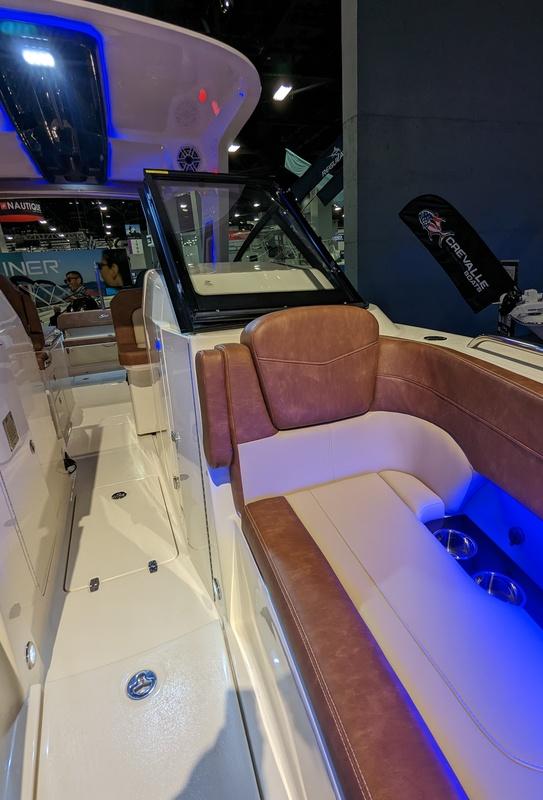 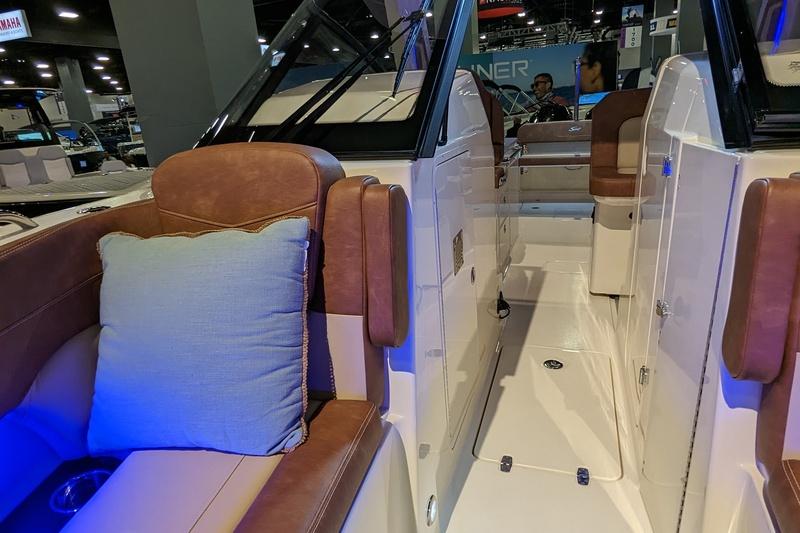 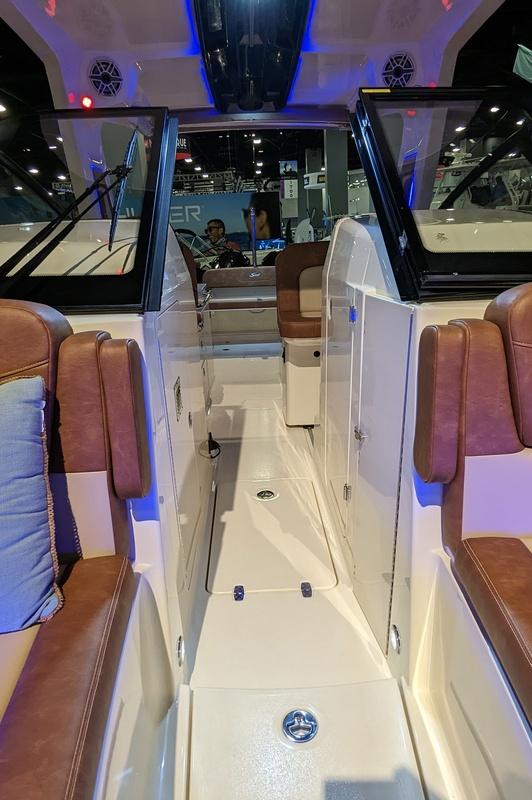 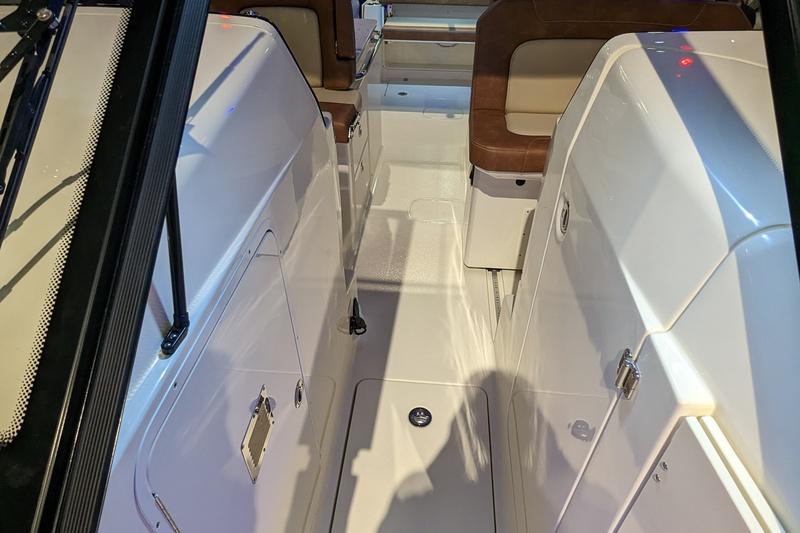 All across America there are anglers who lead double lives. Monday through Friday they work hard at their regular job, takin’ care of bid’ness. For the weekend, they step into a nearby phone booth (kids, ask your parents to explain what those are) and change into Super(fisher)Man, competing in local and regional events. Some advance to the upper echelon and do it full-time, but most are multitaskers, just like the Nitro ZV 21. When you think of a walleye boat, aluminum comes to mind. But lately, fiberglass walleye boats, such as the Nitro ZV 21, have become more popular. Why? Because they typically weigh more and have more deadrise than aluminum boats, giving them an advantage when things get rough. Measuring 21 feet, 7 inches long and a beamy 8 feet, 4 inches wide, the ZV 21 weighs a stout 2,900 pounds, which is about 900 pounds more than a comparable aluminum model. Add that to a generous 18 degrees of deadrise with a sharper entry, and you have a boat that slices rather than pounds. The deck layout of the ZV 21 is more of a hybrid, with a bass boat-like foredeck and the kind of roomy cockpit favored by walleye anglers. Both areas are padded for comfort. Instead of the usual full-width windshield (which is available as an option), the standard “double bubble” windshield setup actually provides some level of protection, unlike bass boats’ just-for-looks windscreen-ettes. And being sort of bassy, it’s got a sparkly gelcoat for added flash.

At the helm on our test boat are twin 10-inch Lowrance HDS 10 screens. All the gauges are still visible, as is the horizon, thanks to a thoughtfully constructed dash from the Tracker design team in cooperation with top walleye pros such as Gary and Chase Parsons. You might expect a beefy boat with a lot of deadrise to suffer in the area of performance, but Nitro allays that concern with a 300 hp Mercury Pro FourStroke — a new member of the Verado family with a shorter and more hydrodynamic gearcase with a slightly different gear ratio. Like the Verado, it features a supercharger, which boosts the Nitro ZV 21 on plane in 4.2 seconds with far less bowrise than you would expect, considering the engine is no lightweight at 635 pounds. Credit the Rapid Planing System transom, with its stepped hull, for the level launch. The Merc’s linear, yet steep, acceleration curve helped the boat reach 30 mph in 7.7 seconds, and the engine was no slouch when we hammered the throttle, pushing the Nitro to a top speed of 61.8 mph, the Verado peaking at a frantic 6300 rpm.

While hair-on-fire performance is a plus, to successfully fish for walleye, speed control on the low end is even more important, because trolling is a big part of fish prospecting. Our test boat has a Mercury 9.9 ProKicker auxiliary motor mounted on the stout 2.5-inch transom and a standard 36v Minn Kota Terrova trolling motor in the bow that features a recessed foot control. We ran the Nitro ZV 21 on Table Rock Lake near Branson, Mo., not too far from where these boats are built, in Springfield. During the morning test session, the wind was brisk over the 43,000-acre lake, rumpling the surface with steep 2- to 3-footers. Often when it gets rough, you have to work the throttle with enthusiasm to maintain a soft ride, but I chose a mid-range cruise speed of 32 mph, which had the Verado loafing along at 3500 rpm, and I didn’t have to touch the throttle. In addition to the hull cleaving a V shape through the waves, the suspension seats added to the plush ride. We could have gone faster, but this was such a happy speed I saw no reason to get aggressive. Nitro is best known for its line of affordable-yet-capable bass boats, and the ZV 21 shares some characteristics with these, such as the 26-gallon Max-Air fish spa in the stern. For live-bait anglers, there’s a 5.5-gallon baitwell in the bow to make sure a golden shiner is always handy. The you-can-never-have-enough-stuff storage mantra is channeled here, with a four-level centerline rod locker that holds 20 rods up to 8 feet long. There is room for an astounding 62 Plano 370 tackle boxes in places such as the twin port and starboard cockpit storage trunks and fore and aft in-deck compartments. The plush 22-ounce marine carpeting makes opening the in-deck hatches difficult because of the tight fit, but the hatches will loosen up over time. In the stern, twin storage compartments have removable bins for easy tackle loading.

The narrow gunwales aren’t wide enough for the channel-lock systems that secure the downriggers and rod-holder trees on most aluminum boats, but the Nitro ZV 21 has stout stainless steel rails fore and aft on both sides that allow you to install rail-mounted downrigger mounts and adjustable rod holders, so going deep for walleye or striper is also part of the program.

Your main decisions focus on engine and electronics options. For most owners, the standard Mercury OptiMax Pro 250 direct-injected two-stroke will be sufficient, and it keeps the “No Haggle, No Hassle” nationally advertised Tracker price a Subway footlong less than $50K, a price that includes a dual-axle trailer. Optioning the 300 Verado pumps the price up $6,400, but it is far quieter and 50 hp more. For electronics, the standard is a Lowrance HDS-7 at the helm, but displays up to 12 inches, fore and aft, are on the options menu.

Most of the items that are usually tagged on as options are already included, such as the four-bank onboard charging system, a 10-inch jackplate, hydraulic steering, a stainless steel prop and four batteries, to name a few. For a soundtrack to accompany your trophy-fish dance, get the Sony stereo system. To save your back from big-water pounding, choose the Smooth Move seat-suspension system.

I would like more interior LED lighting for nighttime fishing.

Although I’m not a full-time angler, I fish on the Minnesota Tournament Trail and the Masters Walleye Circuit. Although I have fished mostly aluminum boats, I love the way my Nitro handles the big water. Aluminum boats tend to ride the waves like a cork, but its heavy fiberglass hull really cuts through the waves. This year at Lake of the Woods, the wind kicked up and I was in 7- to 8-foot seas and was able to get home safely. That security is really important to me, especially when my family goes out with me when we fish for fun, targeting bass or panfish. Sometimes we like to head out and go to local sandbars, or I will pull the boys on a tube. It’s a really comfortable boat for just cruising. Westre’s Marine has been fantastic. One time I was fishing in Pierre, S.D., and had an issue with my engine. Their lead mechanic drove seven hours to get to me, and he fixed my boat at night under a gas station overhang to get me going. How’s that for service?