You don’t have to give up go-fast performance to embrace the pontoon lifestyle. 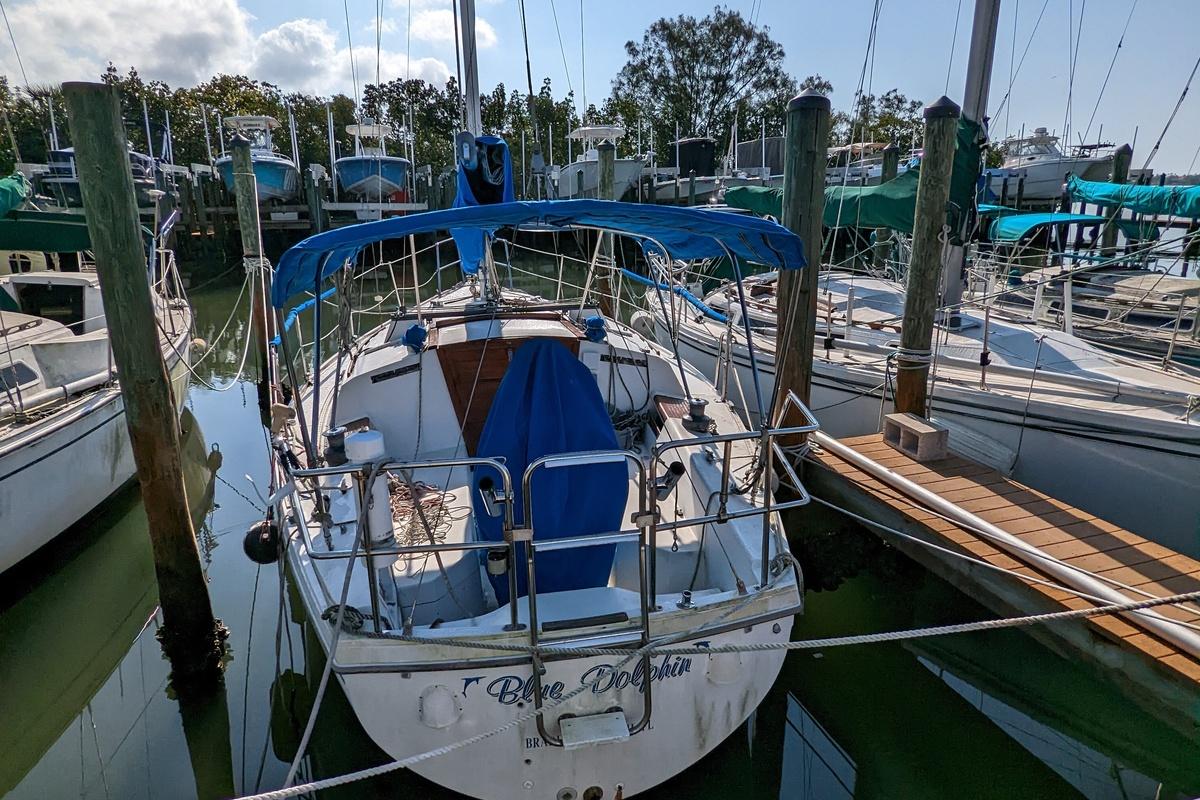 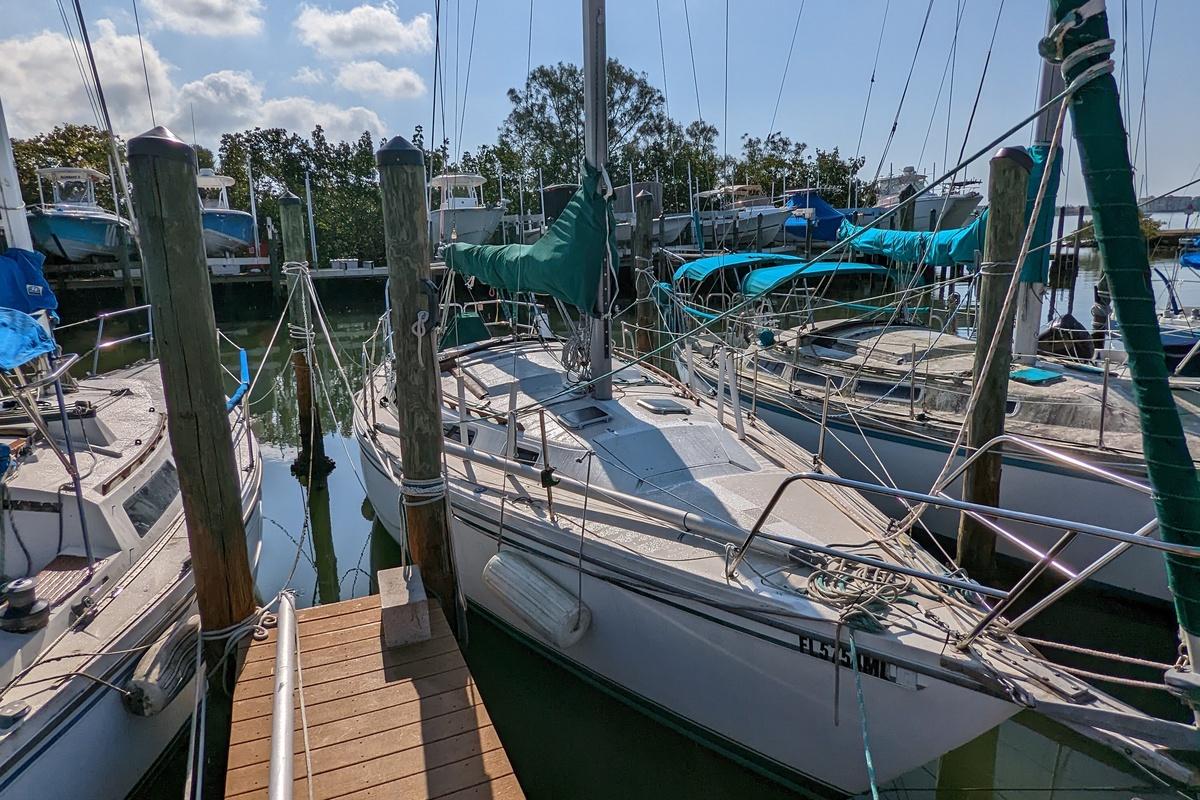 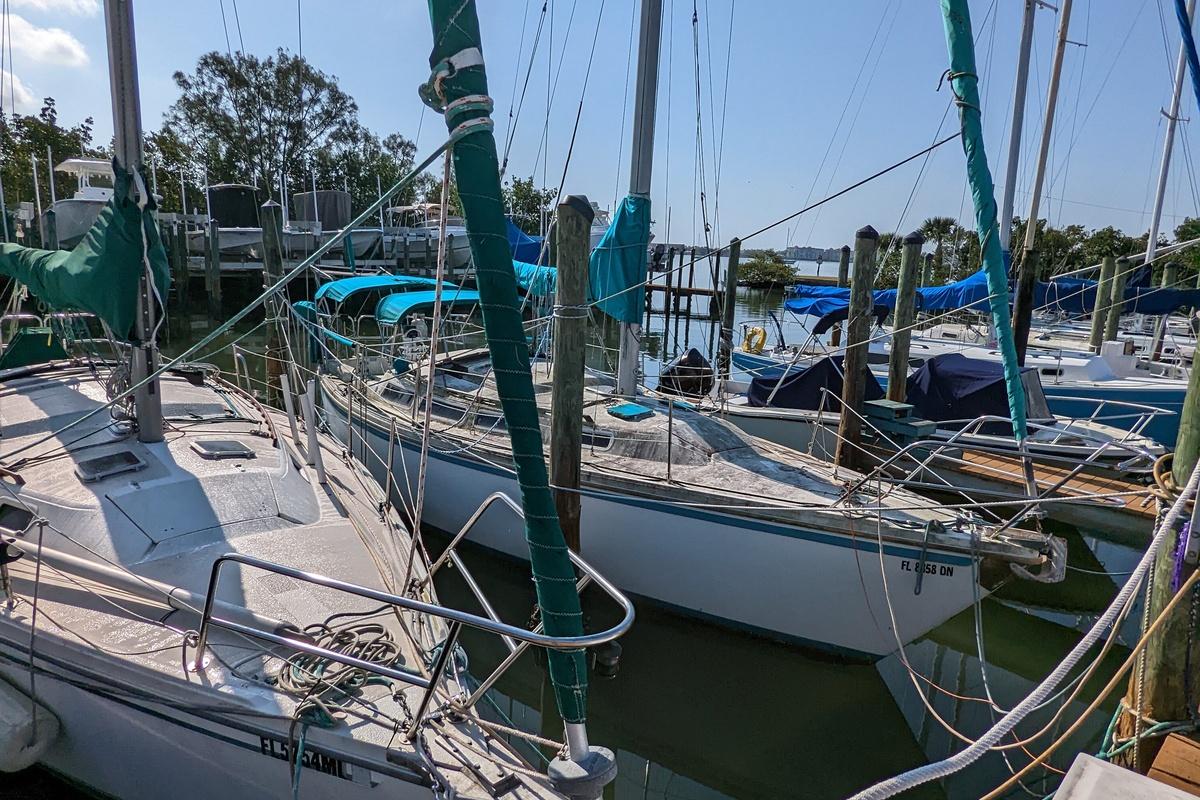 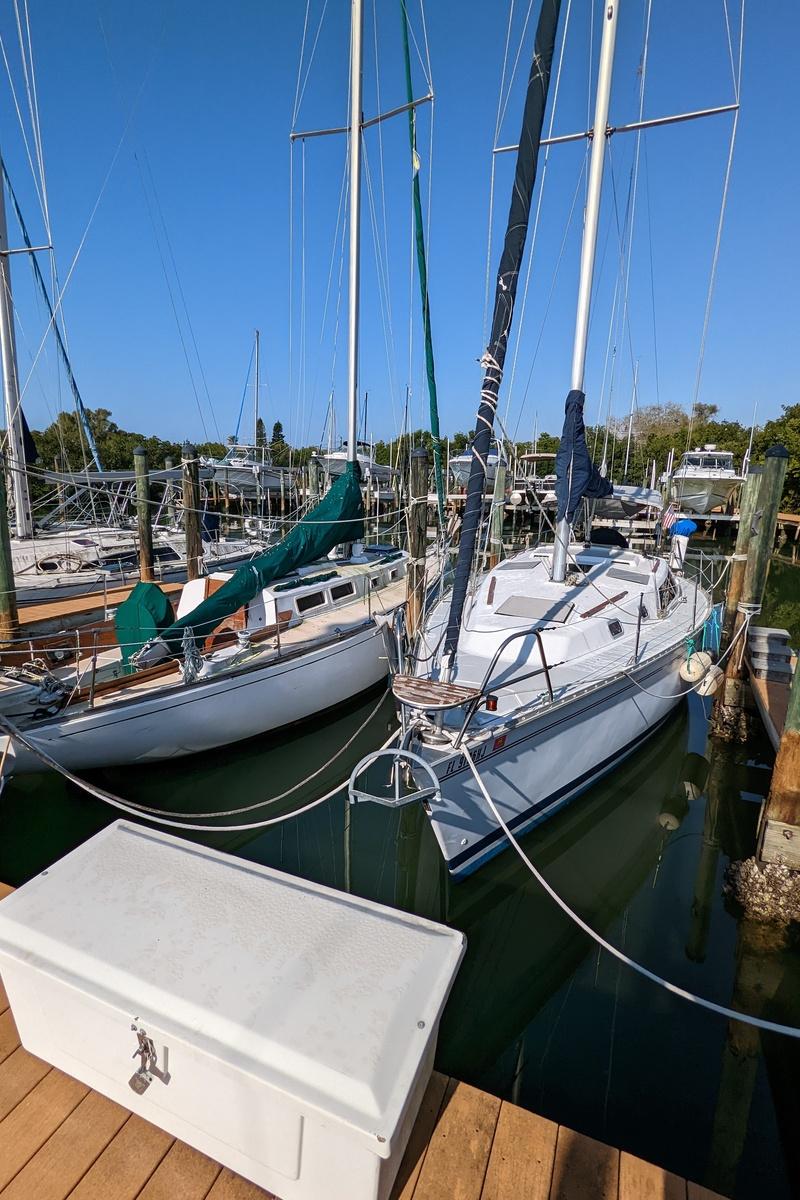 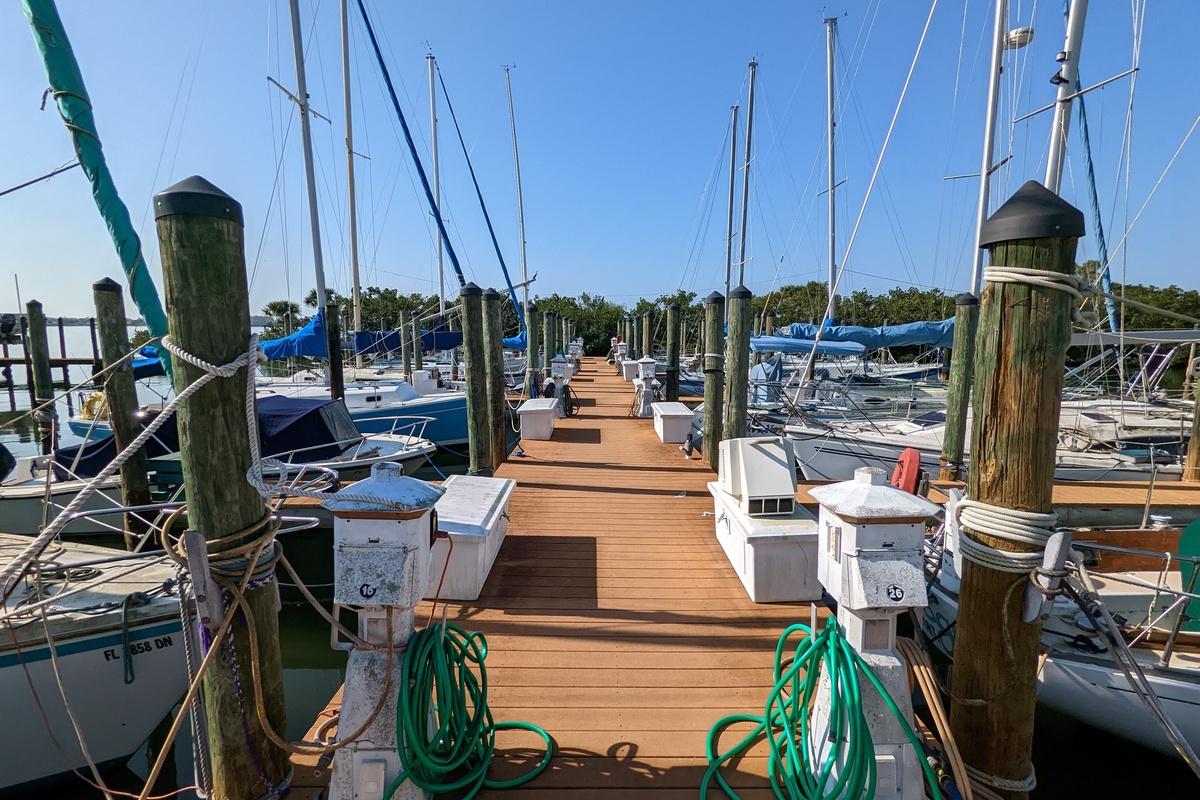 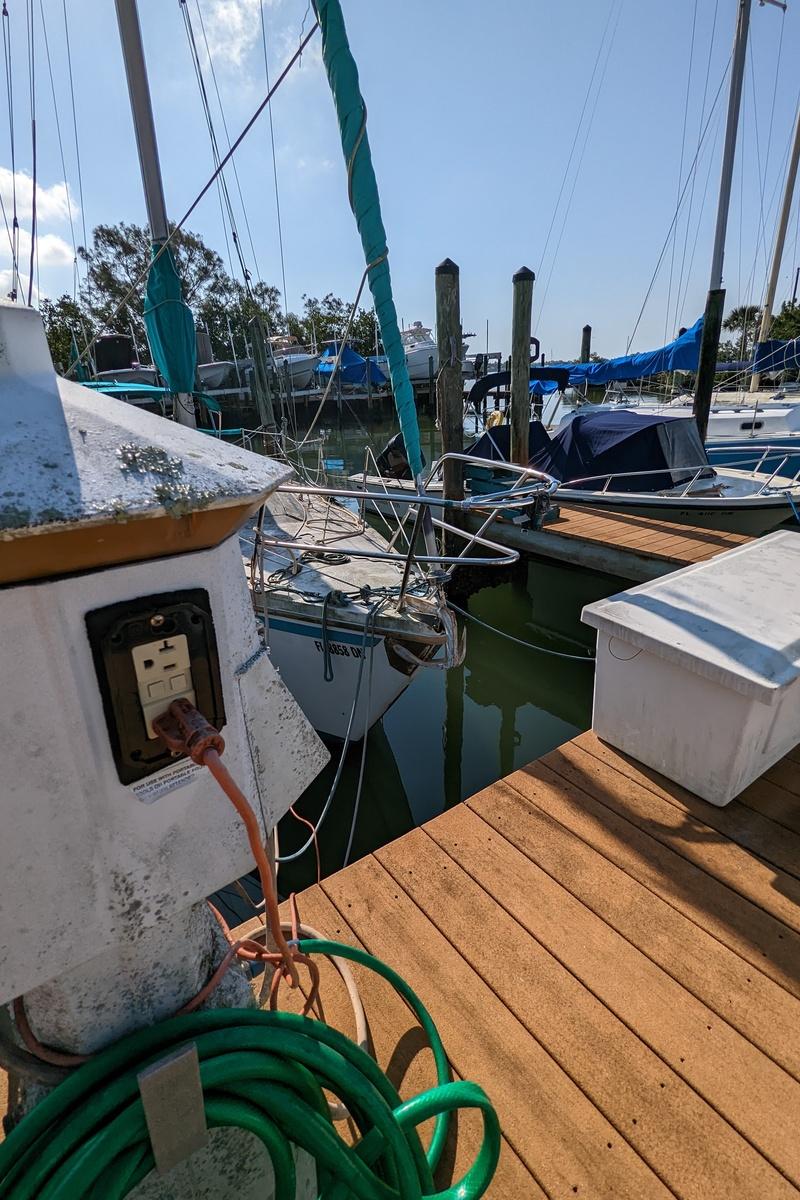 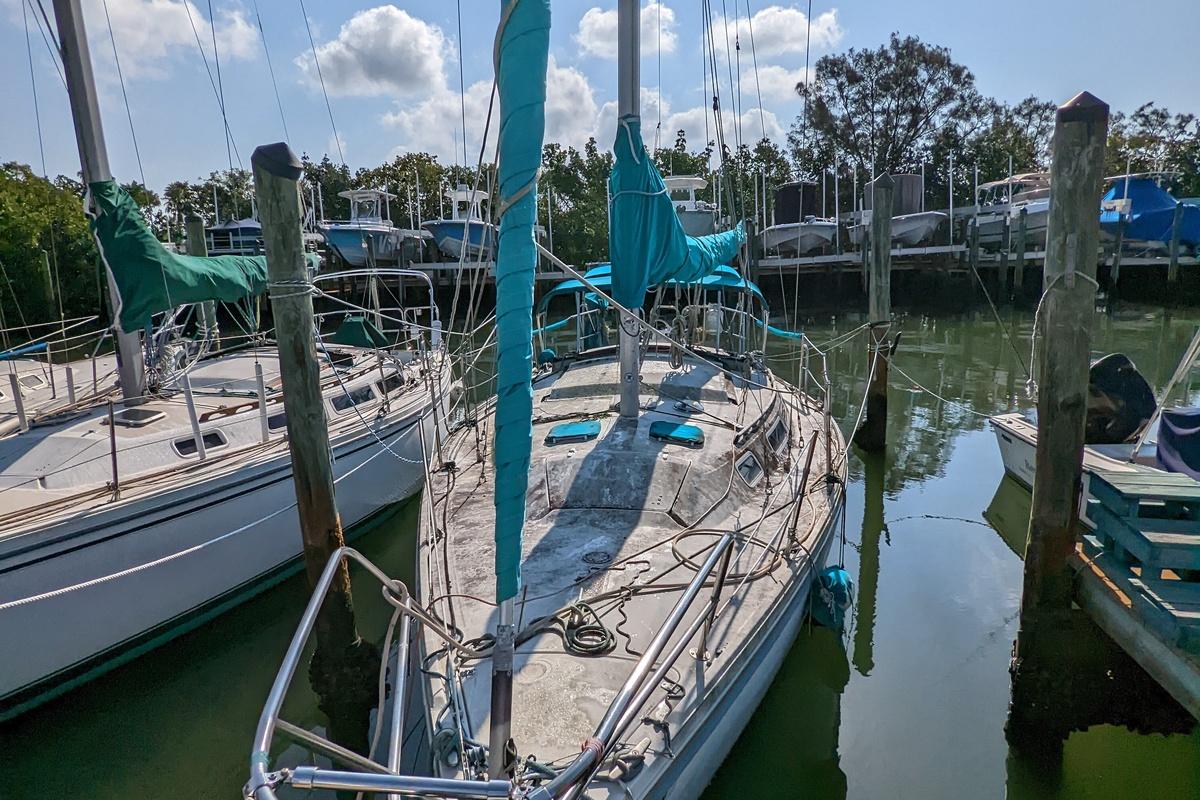 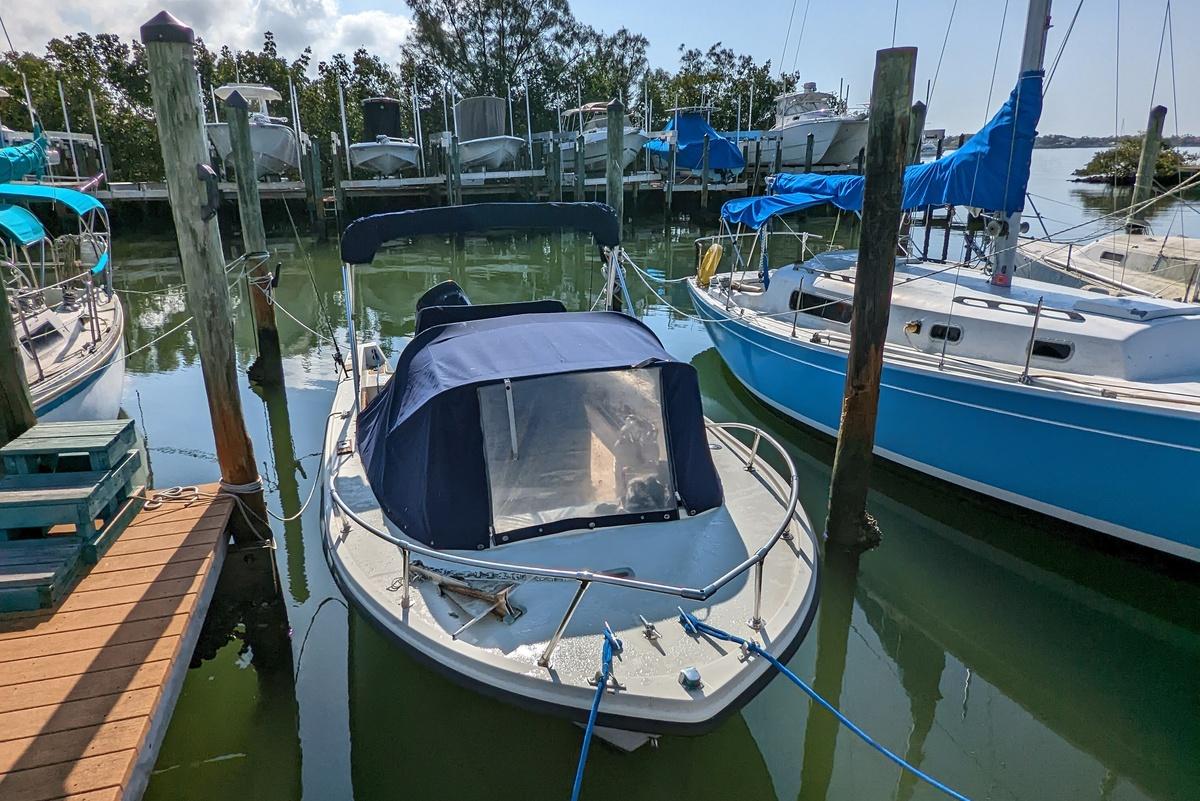 If boats can be sexy, then go-fast machines are the runway models of boating. Just sitting at the dock they appear to be going 100 mph. Turning the key and lighting up the engines sparks a rumble of pure violence that lets everyone within a mile know the boat’s whereabouts. Of course, the downside is owning a boat with one of the smallest cockpits for its length and very little usable space forward of the steering wheel. If only there were a way to possess a cake and also be able to consume it… Fortunately, PlayCraft created the XPR 2500 Poker Run Edition pontoon, which can romp with the big boys and chill with the deck space of a yacht.

PlayCraft’s unique attitude toward styling resulted in checkerboard upholstery and splashes of bold colors inside and out, an in-your-face approach designed to appeal to the NASCAR fan in all of us while speaking to a love of going fast despite the creature comforts afforded by a roomy pontoon. The newest member of the PowerToon X-Treme family announces itself with a giant red X across the side fencing, a motif that’s replicated on the gates in fire-engine red and also on the upholstery. Our test boat’s red, white and black theme is merely one of 21 available off-the-rack color schemes, but consider them mere suggestions, because PlayCraft is really a custom builder that will accommodate any color combination or design, which is why I’ve never seen two that look exactly alike. But clearly, PlayCraft wants everyone across the lake to immediately know what kind of boat he’s looking at.

On previous PlayCraft models I tested, the upholstery consisted of four panels usually segmented in crazy colors, with nuclear orange being a favorite choice. Despite being a Poker Run Edition, our test boat actually had one of the more sedate upholstery color schemes I’ve seen on an X-Treme model. Up front, the bowrider chaise lounges’ seatbacks featured the signature black-and-white checkerboard look, but aside from the red X slashed across the finish-line flag, the rest of the hot tub–style lounges were an unblemished sea of white. The Mercury Racing Verado 400R mounted on the 10-inch Hydro-Jacker hydraulic jackplate ($2,135) pretty much tells the story of this boat. When Mercury unveiled this engine a couple of years ago at the Miami Boat Show, most observers thought it would be a cool niche engine, but seeing it on a pontoon boat wasn’t something any of us expected. It has become a far more mainstream engine, however, showing up on a wide variety of boats. It’s actually downright civilized, like other supercharged Verado four-strokes, being stealthily quiet upon startup and smoother than Chivas Royale Salute.

The PlayCraft XPR 2500 utilizes an unusual triple-tube setup. Its 28-inch-tall, 20-inch-wide tubes take a page out of offshore racing hulls by having twin 2-inch steps. The steps introduce air under the hulls to reduce friction by literally unsticking the pontoons from the bond of surface tension, leading to higher speeds and better fuel economy. Throwing the drive-by-wire throttle all the way reveals how well Mercury managed to harness that 400 hp. There’s nothing violent about its power curve, just a strong, steady pull all the way to its 7000 rpm max. Time to plane was a scant 2 seconds and the XPR 2500 reached 30 mph in 6.9 seconds. Top speed was … drum roll, please … 74 mph! This matched its performance at the Lake of the Ozarks Shootout where it won its class (NPO1F1) at this year’s time-trial tournament. At the helm, the driver sits behind a carbon fiber–like dash on a console that’s placed fairly far aft, as is the companion bucket seat. Both feature Milsco barrel-type racing seats found on traditional go-fast models; they have side bolsters that keep riders in place during hard turns. The copilot seat is a $920 upgrade and the driver’s is standard. While it looks like these two seats are placed at the back of the bus, they’re farther forward than they appear because of the massive rear deck.

Stepped hulls don’t have much of an effect on performance until speeds of 30 to 35 mph, which is when they start aerating the hull behind the steps. Up front, the nosecones are saber-sharp, which improves the tubes’ wave-piercing prowess — and gives the boat a more predatory look. As the GPS-driven analog-display speedometer marched steadily clockwise, the XPR 2500 developed a bit of a porpoise that we had to drive through to get to its top speed. I left the top-speed driving to Joe Dorris, who, along with his dad, Jim Dorris, and mom, Carolyn, has more experience at high-speed pontooning. He didn’t have any problem, though the rise and fall of the bow never completely dissipated. In hard cornering maneuvers, the boat carved like a champ. If poker runs are your thing, the XPR 2500 will certainly be the envy of the pack, especially when it comes to social time at the end of the day. With an optional padded 90-quart cooler ($265) that doubles as a seat for two, it has refreshment needs covered. On this model the usual L-lounge is missing, giving it more standing room than most pontoons of this length, which is perfect for docktailing. And with a Kicker stereo, it’s likely some moves will be busted.

In addition to high-speed cruising, watersports can be counted among its strengths, as evidenced by the expansive rear deck and the powder-coated X-Scape ski tow ($585), emblazoned with a giant X. Probably its best watersport is slalom skiing, thanks to the relatively flat wake it throws. And barefooting, with its 40 mph minimum speed, will be no problem. Getting back aboard is incredibly easy thanks to PlayCraft’s patented boarding system, which has steps built in to the starboard tube. A buyer’s main decision is how many horsepower to put on the transom. The number 400 is pretty cool, but it does come with an upcharge of $6,825 over the Verado 350, which carries a three-year standard warranty — the Racing 400R’s warranty is two years — and runs on 89 octane regular gas. The 400R is available in white or black and can be customized with seven colors of graphics. Both engines can be covered by Mercury’s optional five-year extended warranty that’s one of the best in the business, because it’s not administered by a third party. The 350 Verado, whose previous incarnation was the Racing 350 SCi, will deliver speeds in the mid-60s, which in my book is fast enough. With this much power, I’d upgrade the smallish 30-gallon fuel tank to the 50-gallon in-pontoon model ($665).

Our test boat had the SeaGrass flooring option ($2,520), which is a definite upgrade over carpeting. And to increase the cool factor, it also had black powder-coated rails that cost another $2,920. I am in the process of upgrading my stereo to include a subwoofer.

Here in Alaska, the boating season for people on lakes is very short, so we need to make the most of it. The plus side is that during summer in June, the sun is out for nearly 20 hours a day. I really liked the Playcraft for its performance and handling and its stability. Big Lake can get rough, and my PlayCraft’s big tubes handle the chop really well. To extend my season as long as possible, I have the boat entirely enclosed, so it’s like a giant cabin cruiser but far sportier. Its roominess allows me to bring along lots of guests and we like to ski, wakeboard and tube. But really I just like to cruise around the lake and maybe stop off at the two restaurants here: The Alaska Boat House and The Islander, which is accessible only by boat (or snowmobile) and even has palm trees. Happy, who owns Xtreme Marine and Sports, really takes care of his customers. Although I’ve never had an issue with my boat, when it came time to lay up my pontoon for the winter, he came out to the lake, picked up my boat and took it to his storage facility, which saved me a huge drive since I live 60 miles away.