Princecraft proves you don’t have to spend big to live large. 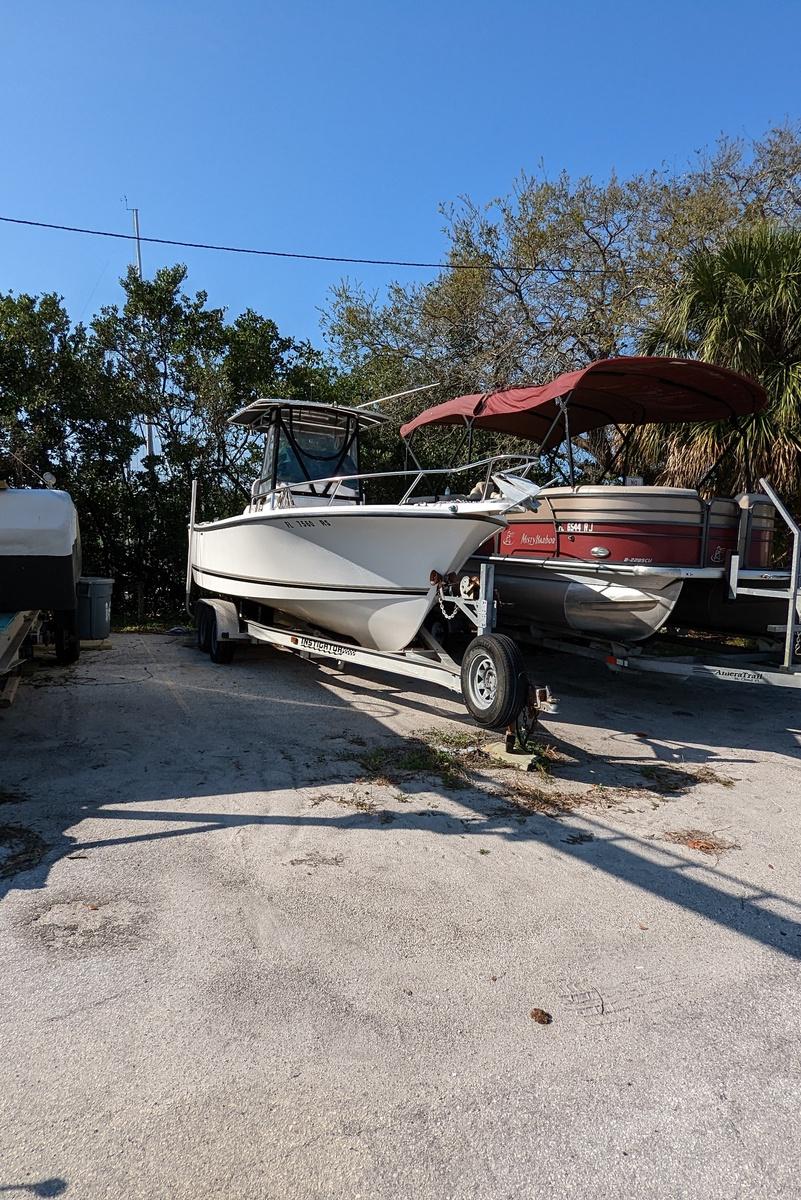 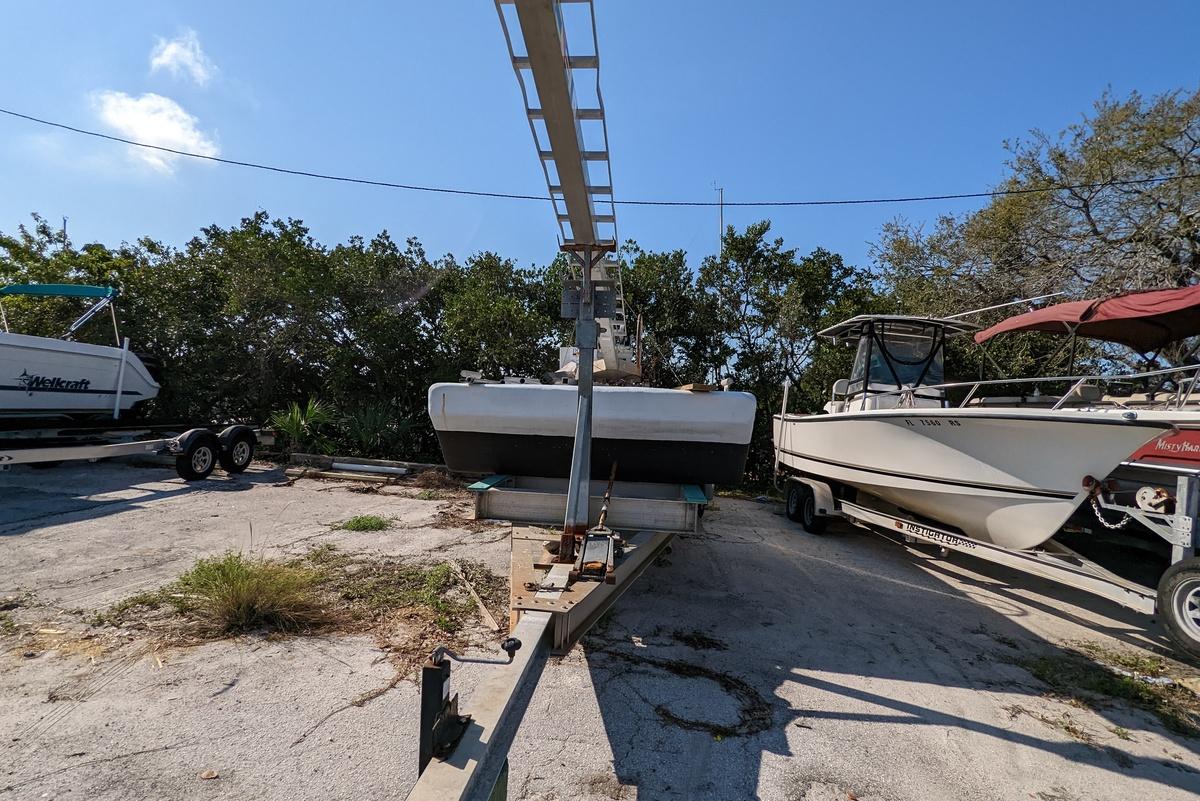 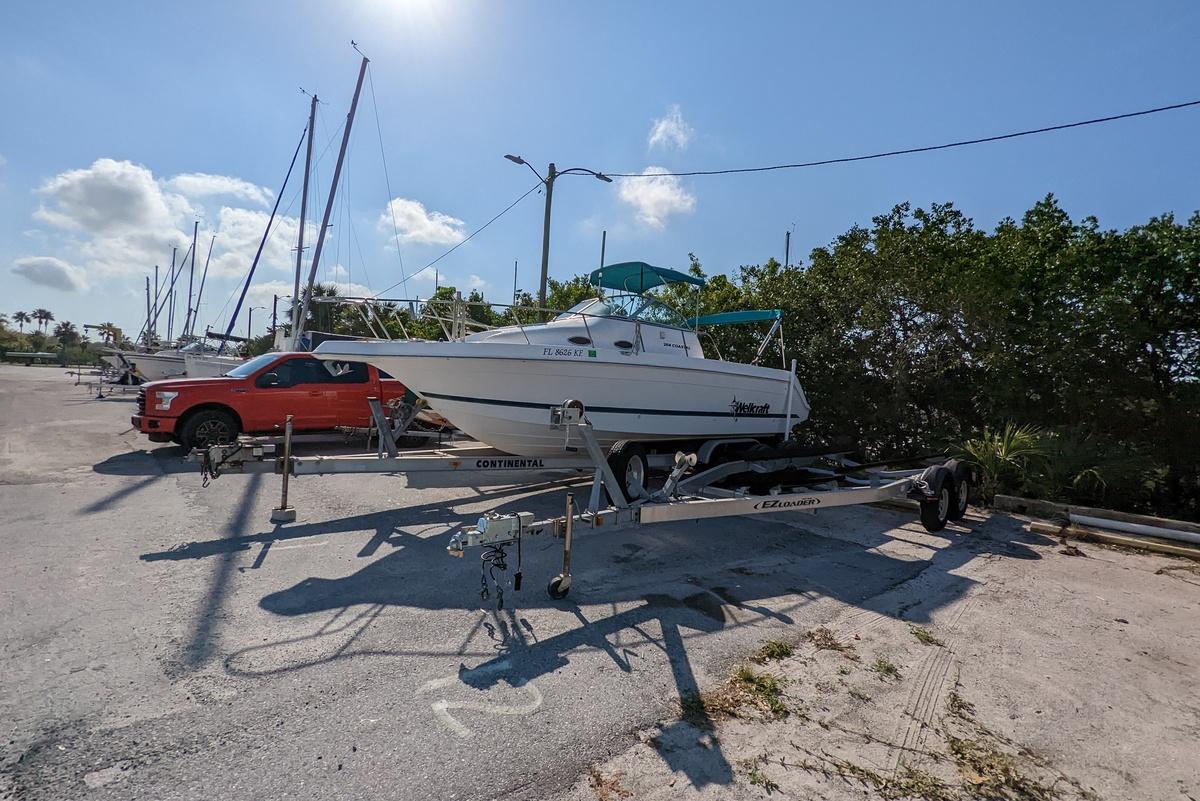 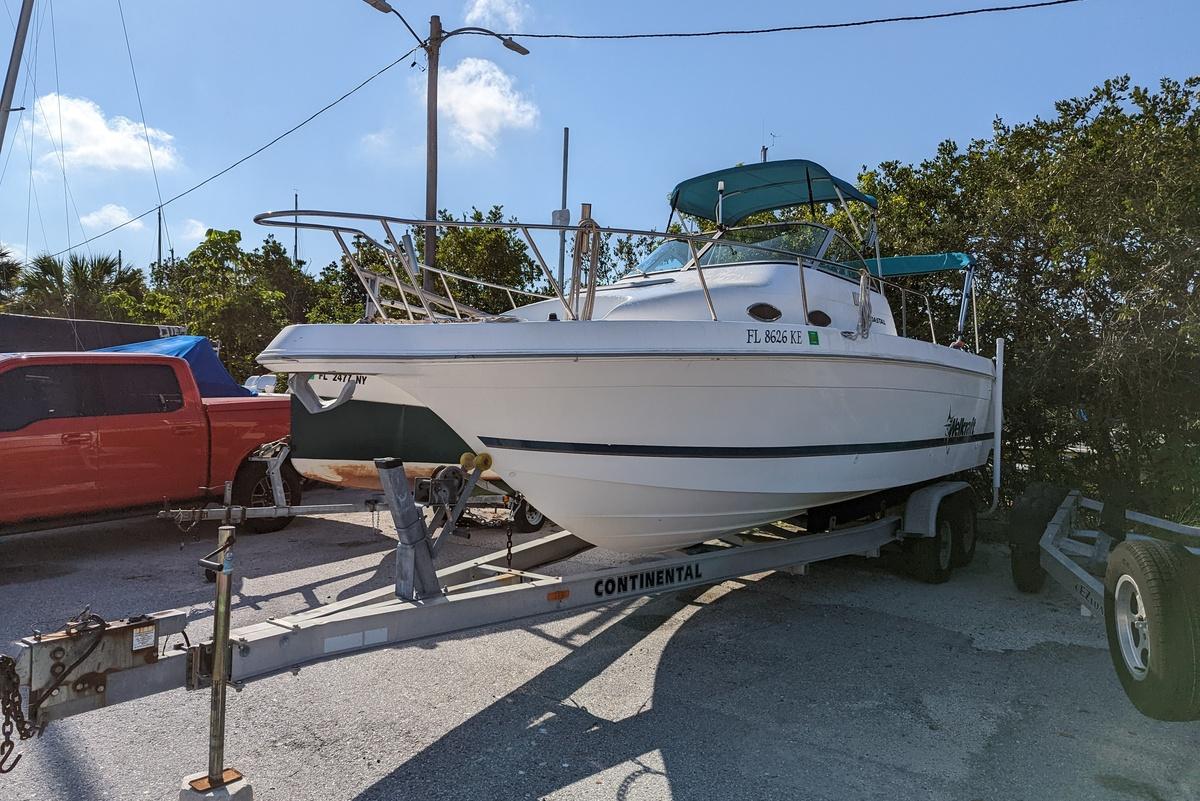 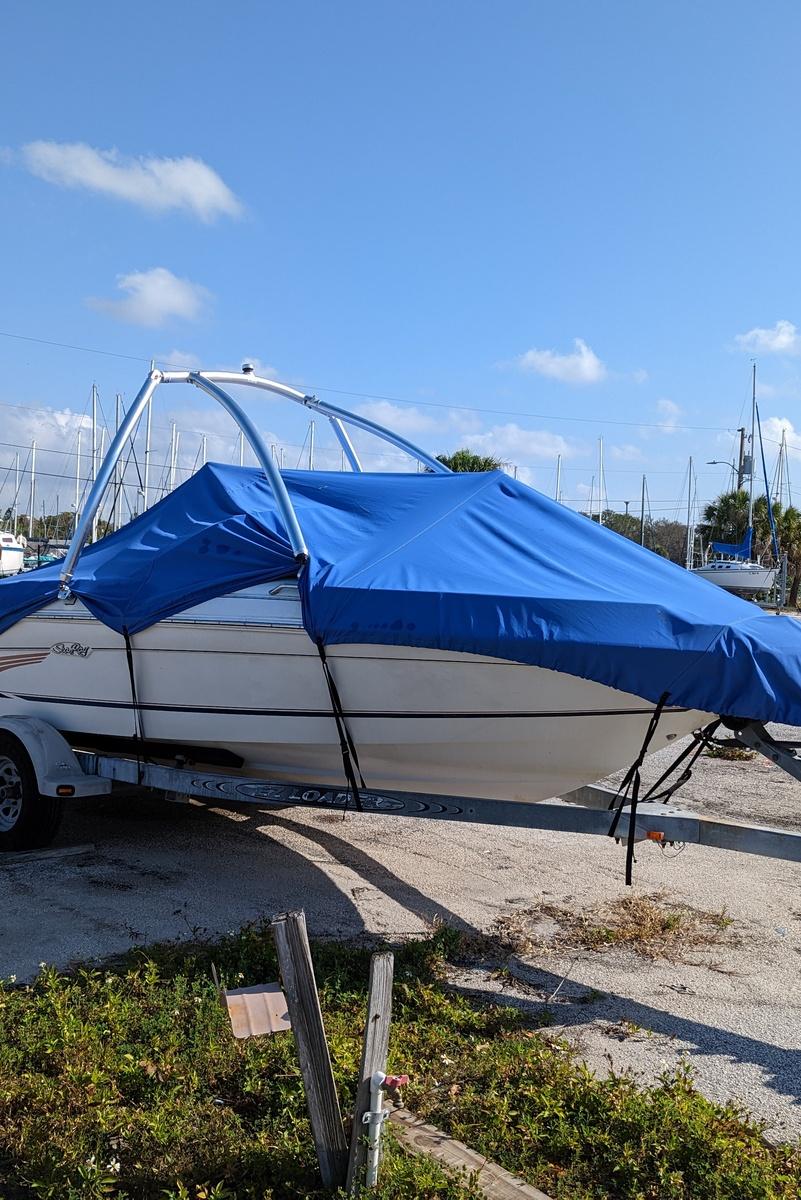 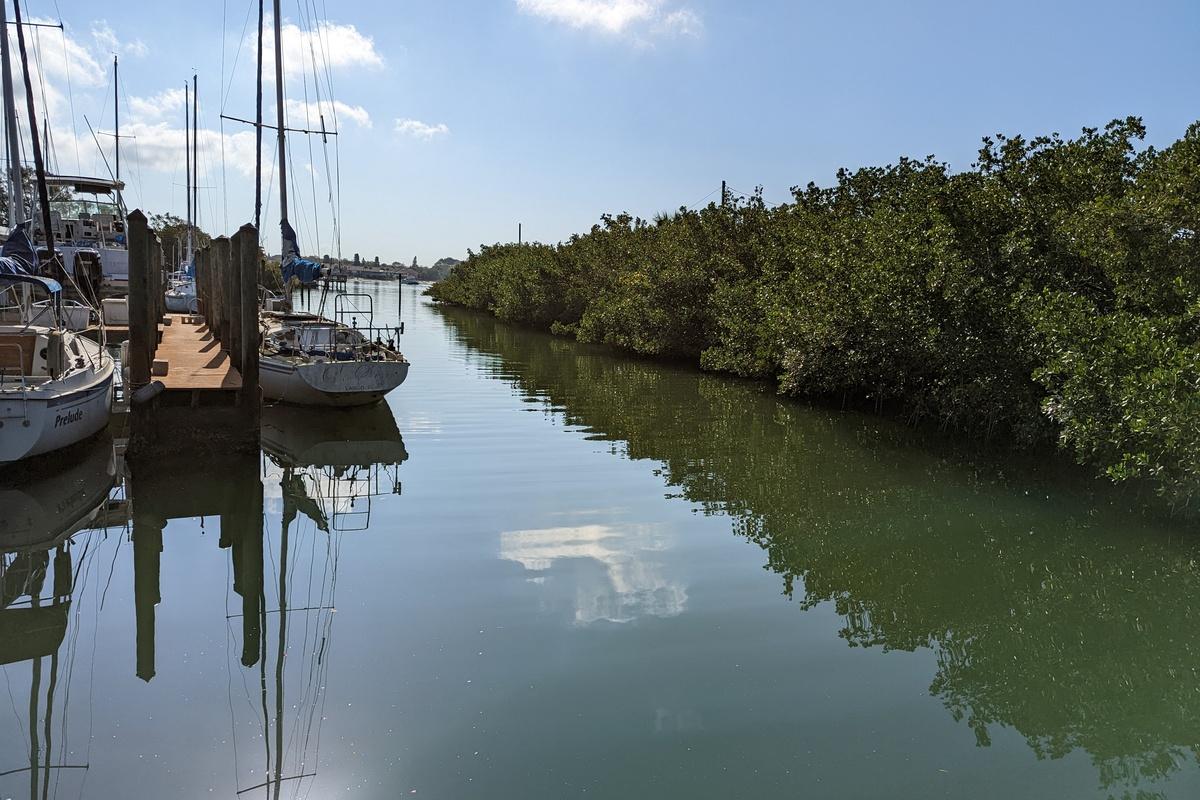 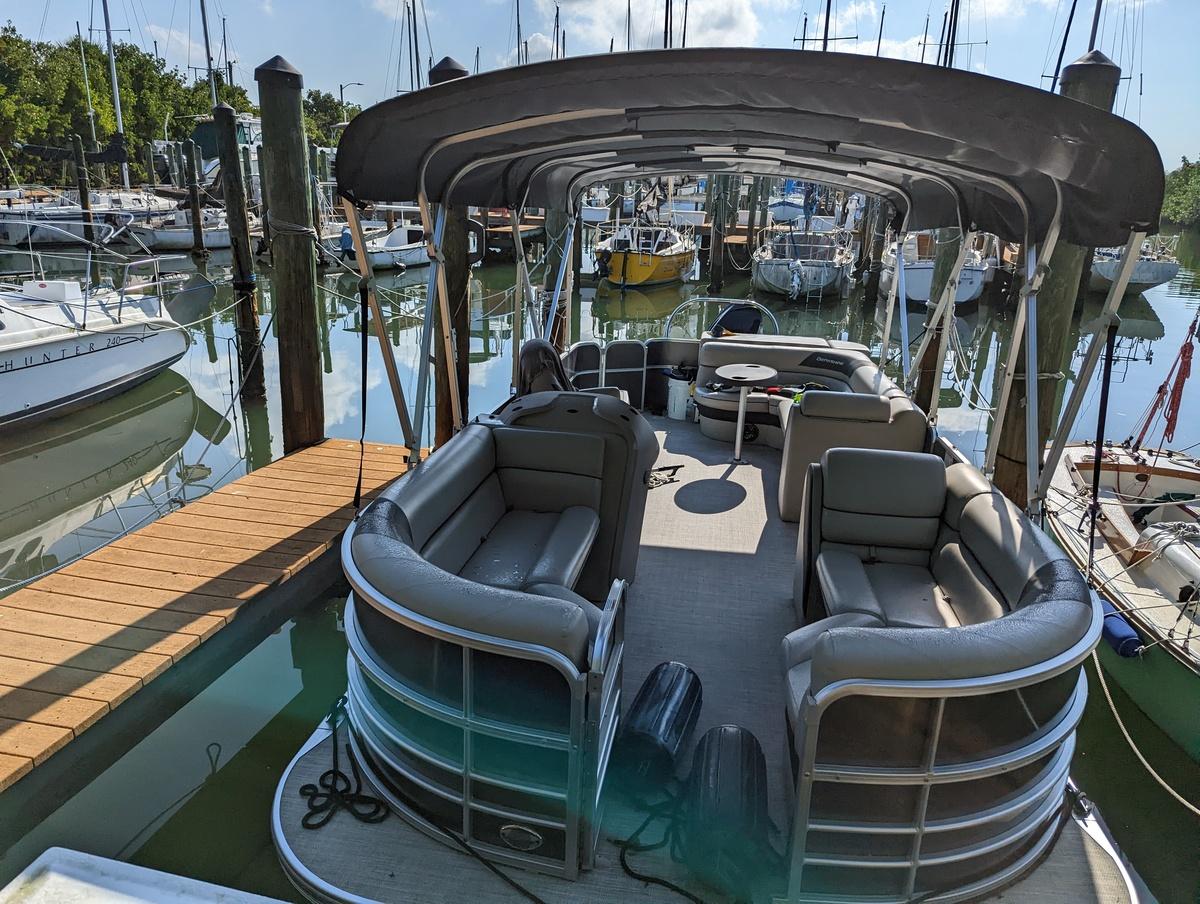 The cost of acquiring a pontoon with the ability to tote a dozen lake lovers around in style can get pricey, especially if the kids want to ride a tube all day. Fortunately, frugal boaters can look to our friends to the north — Princeville, Canada-based Princecraft — for some help. Princecraft’s Vectra Series just got a new flagship for 2017. Called the 25 LT, it has the pricing flexibility to allow buyers to stay within budget without having to make luxury or performance sacrifices.

From the get-go, the Vectra Series was a hit with dealers who had customers looking for a deal. But they wanted more … literally. So this year, the Vectra line’s biggest vessel went from 23 feet, 6 inches (23 LT) to 25 feet, 8 inches (25 LT), and what a difference a couple of feet makes. With a price difference between the two of just $512, we’re talking no-brainer here, especially for anyone with room to park it. First, instead of a short port sofa that doesn’t have a forward-facing backrest, the 25 LT includes two full-length chaise lounges in the bow that are the same length. Then, Princecraft designers included a rare starboard boarding gate, giving it egress on all four corners and allowing drivers to pull up to a dock on the side where they have an unobstructed view. Our test boat featured a two-tube setup, which normally causes me to lower my expectations drastically, but this one had the Speed package ($5,665), which includes lifting strakes on both sides of both tubes, so it got on top of the water better. The package includes a bump from a Mercury 40 to a 90 hp FourStroke. In addition, there’s a motor pod that has a flat planing pad that gives the stern a little extra lift during takeoff. The package also includes an aluminum underskin that covers the cross members, which is nice because they can make a pontoon really noisy when the water hits them, and they can slow the boat down. The 25 LT comes standard with a 90 hp outboard with the Sport tubes, but our test boat had the Mercury 115 hp FourStroke, which pushed its performance just to the level where watersports become feasible. It’s $950 well spent. The strakes on the 25-inch tubes and the planing pad helped the Vectra 25 LT get on plane in 2.8 seconds. Time to 25 mph was 8.3 seconds, and it fell short of the 30 mph mark by just four-tenths of a mph.

Since Princecraft is a Brunswick company, its boats are going to have a Mercury on the bracket, and with twin tubes, the 115 FourStoke is all you need. Princecraft does offer the option of taking a Vectra to the next level by adding a third tube, which is surprisingly affordable at just $1,766. Of course, the power will need to be bumped up, and the 150 FourStroke helps that transition for an additional $3,899. It’s also the lightest of any four-stoke on the market, at 455 pounds. The next jump up in power is to the Mercury Verado 175 or 200, which adds supercharged power and Digital Throttle and Shift (DTS), but it comes at a pretty steep price increase — $5,665 and $6,465, respectively — over the 150 FourStroke. Most of the time, a two-tube pontoon with a 115 hp outboard will feature either cable steering or the BayStar hydraulic steering system, and the latter might be OK if you usually go in a straight line. Cable steering is a bad choice no matter how the boat will be used. Our test boat, however, featured a different option, SeaStar hydraulic steering, which was a great call. It made whipping the 25 LT into a hard turn easy, and the large strakes kept it flat instead of leaning far to the outside, which is normal with two strakeless tubes. The strakes also keep the Vectra riding high in the water for better seakeeping. The Vectra Series doesn’t come with a huge list of options, but at $1,197, SeaStar hydraulic tilt steering should be on the must-have list; the option also includes an upgraded captain’s chair, for some reason.

The LT in the Vectra 25 LT’s name stands for its signature feature, the cockpit’s Lunch Table. Its large size makes it truly a smorgas”board.” It’s rectangular and has four cupholders, making it ideal for dining, playing games or just chatting with family and friends. The downfall of most pedestal tables is that they are as wobbly as a newborn colt. Wisely, Princecraft anchors its table with twin pedestals to give it stability. I like the forward bench seat’s reversible backrest, because it allows people seated there to either face the table or turn around and face forward while underway. For full-bore entertaining, the bow table ($374) almost doubles the snacking acreage.

To include watersports on the list of doable activities, get the tall stainless steel ski tow ($687), which is anchored in four spots for rigidity. The smallish rear deck doesn’t provide a lot of room to move around, and I wonder if the designers wouldn’t have been better served to borrow a couple of feet from the ample front deck, especially since, thanks to the starboard gate, it isn’t needed for passenger boarding. If fishing is one of the main priorities, the Sportfisher LX 25-4S, with its four fishing chairs in all quadrants, would probably be a better fit, although it’s more expensive. With the Sport tube package, Mercury 115 hp FourStroke and SeaStar hydraulic tilt steering, the base price without taxes or delivery is an astoundingly low $26,305. Princecraft doesn’t paralyze buyers with endless options that can really ratchet up the price. Its philosophy is to provide a boat with a lot of standard features for its price range. Items such as the Lunch Table are included, as are a robust 160-watt Jensen Bluetooth stereo, a Bimini top, mood lighting and a cooler. The rear sunpad provides a huge amount of storage for items such as tubes, skis and life jackets, but it is also a perfect place for the optional changing station ($374) and pumpout head compartment ($483).

Probably the best bet for equipping the Vectra 25 LT lies in the American Package bundle of options ($2,736), which includes items found on our test boat, including the non-skid vinyl deck that replaces the standard carpeting. Like the name implies, it offers excellent grip for passengers, even when wet, which we discovered on our rainy test day on Lac William in Quebec, not far from where Princecraft aluminum boats are built. The American Package also includes a stern snack table, a mooring cover, raised rails, a battery switch and a side door for the driver’s console. The helm’s console, like the seat bases, is rotomolded plastic and includes all needed instrumentation. Princecraft offers a wide range of affordable Lowrance and Humminbird electronics.

Purchased by Jim and Marlaina Recknagel, plus Kailey, 25, Colby, 23, and Alyssa, 19, Oconomowoc, Wis. We added a fishfinder to be used mainly as a depthfinder and wish there were a transducer bracket on the port side instead of the side with the boarding ladder, to avoid accidental breakage when swimmers are boarding.

We recently moved from Lake Nagawicka — where we had accumulated a fleet of boats — to another location that wasn’t on the water, so we wanted to consolidate down to one boat. To replace our other boats, it had to be versatile and roomy, and we really liked the roomy layout of the Princecraft Vectra. It seemed to offer more value than other pontoons we saw and looked to be really well built. We had a pontoon with a 40 hp outboard that we called “the floating picnic table,” but we wanted one with better performance to replace our bowrider. We leased space from a neighbor’s dock at Lac La Belle and can still jump on our boat and go. We usually load up the boat with our kids, friends, and dog and primarily cruise around for a while then pull up in the shallows and go swimming. Dave and Lena at Dave’s Turf and Marine are really nice folks and they gave us a fair trade on our boats. Their service department is first-rate, and they pick up our boat at the end of the season, store it and then deliver it to us in the spring, ready to go.