Princecraft packs a lot of fun, luxury and versatility into its flagship model. 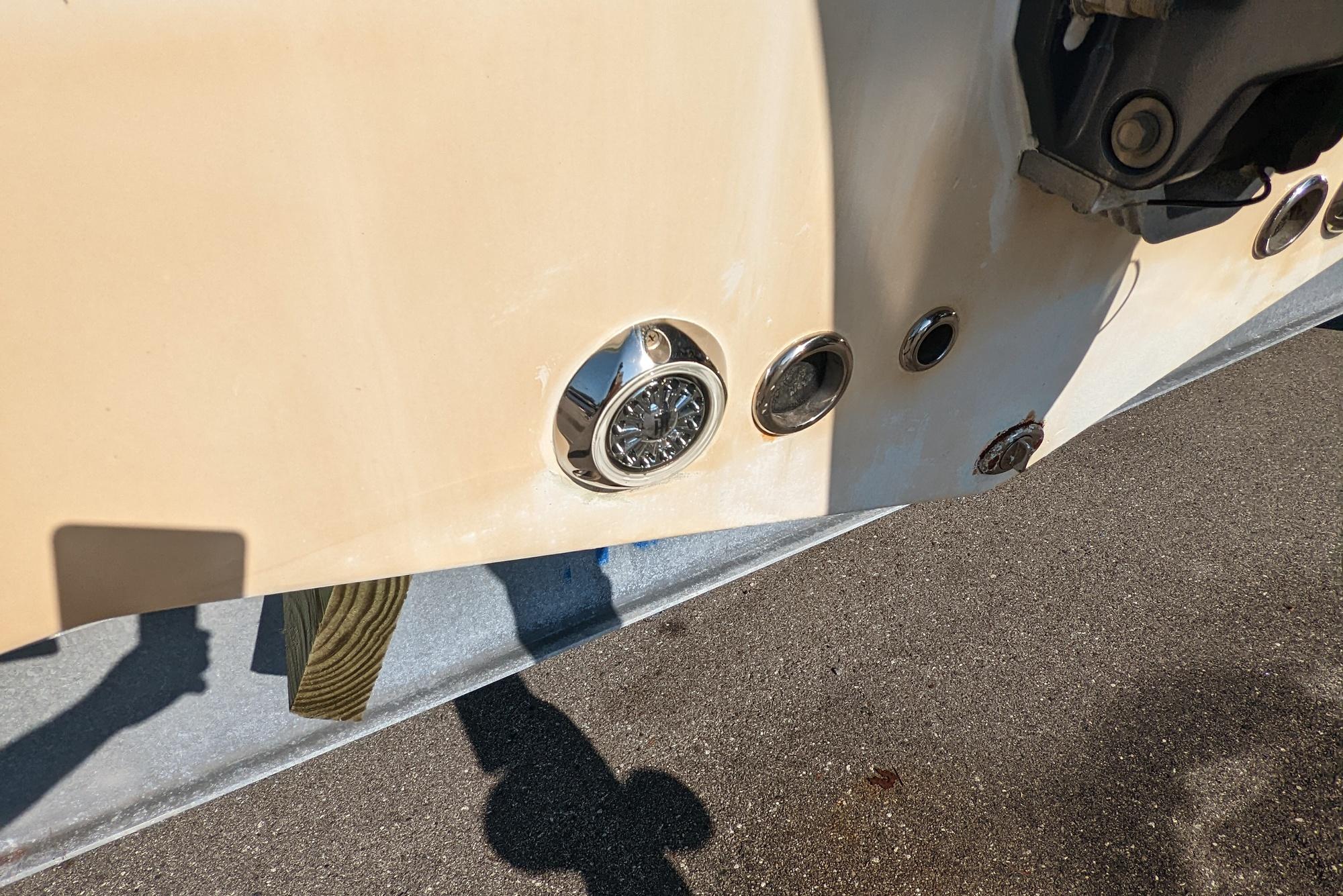 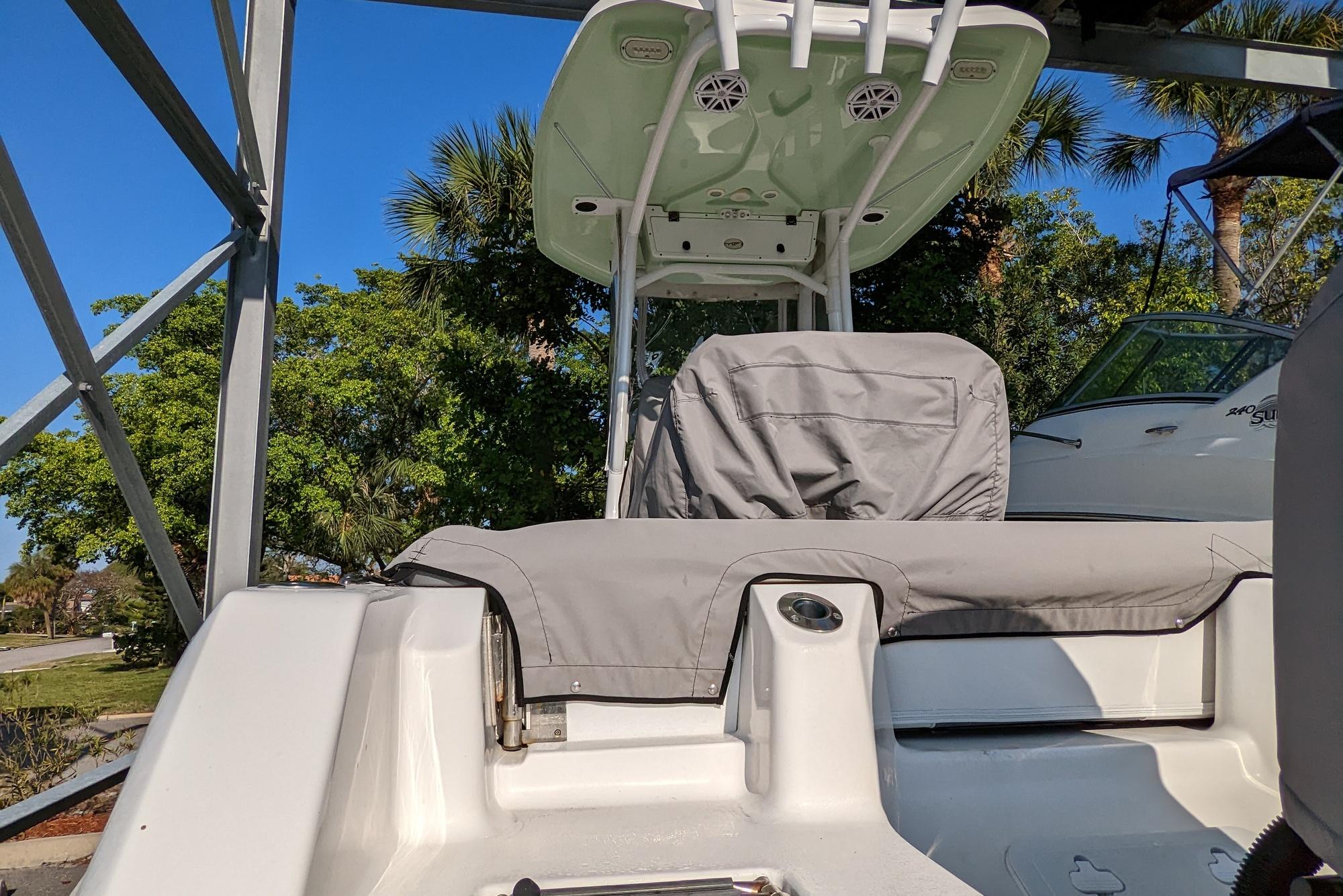 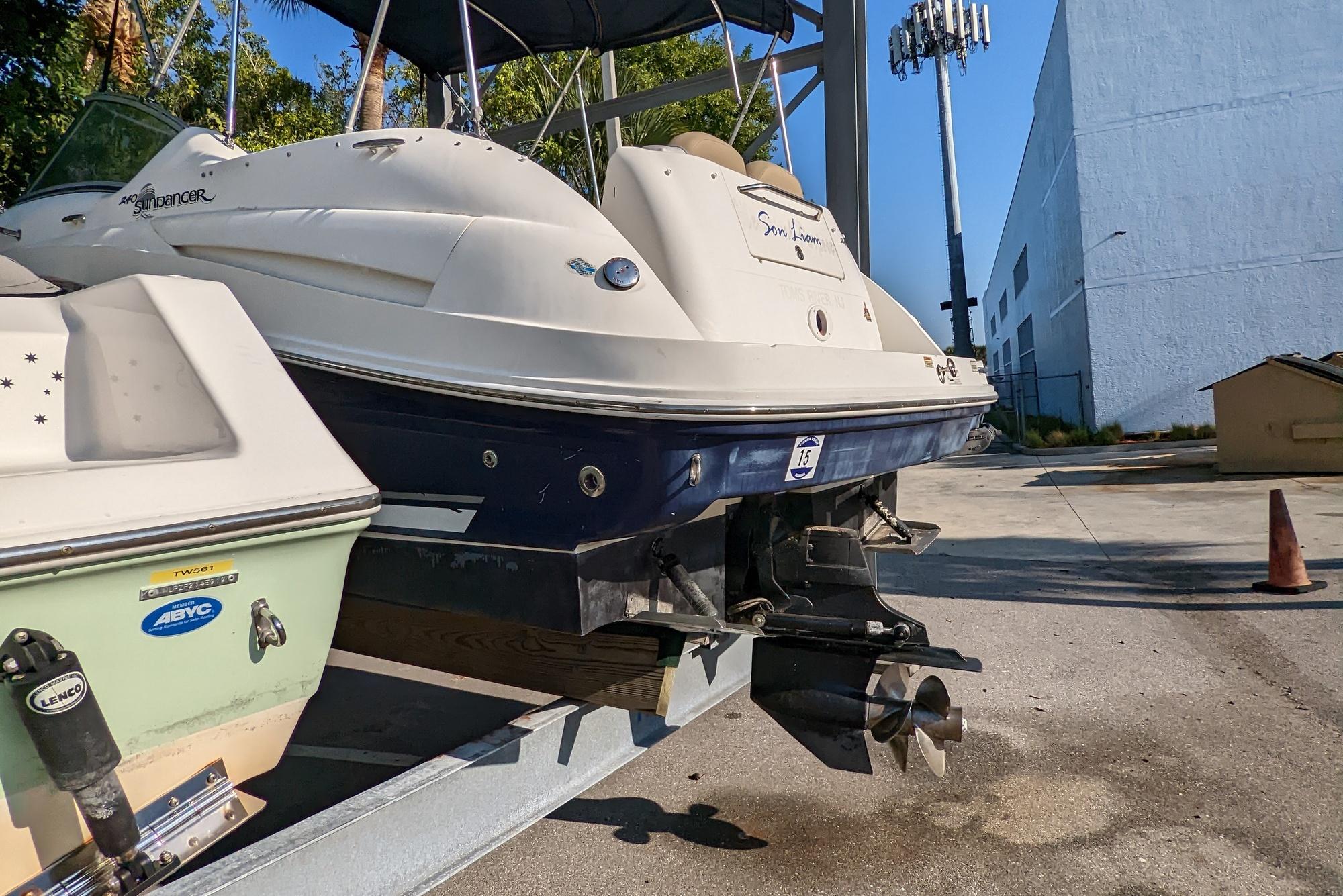 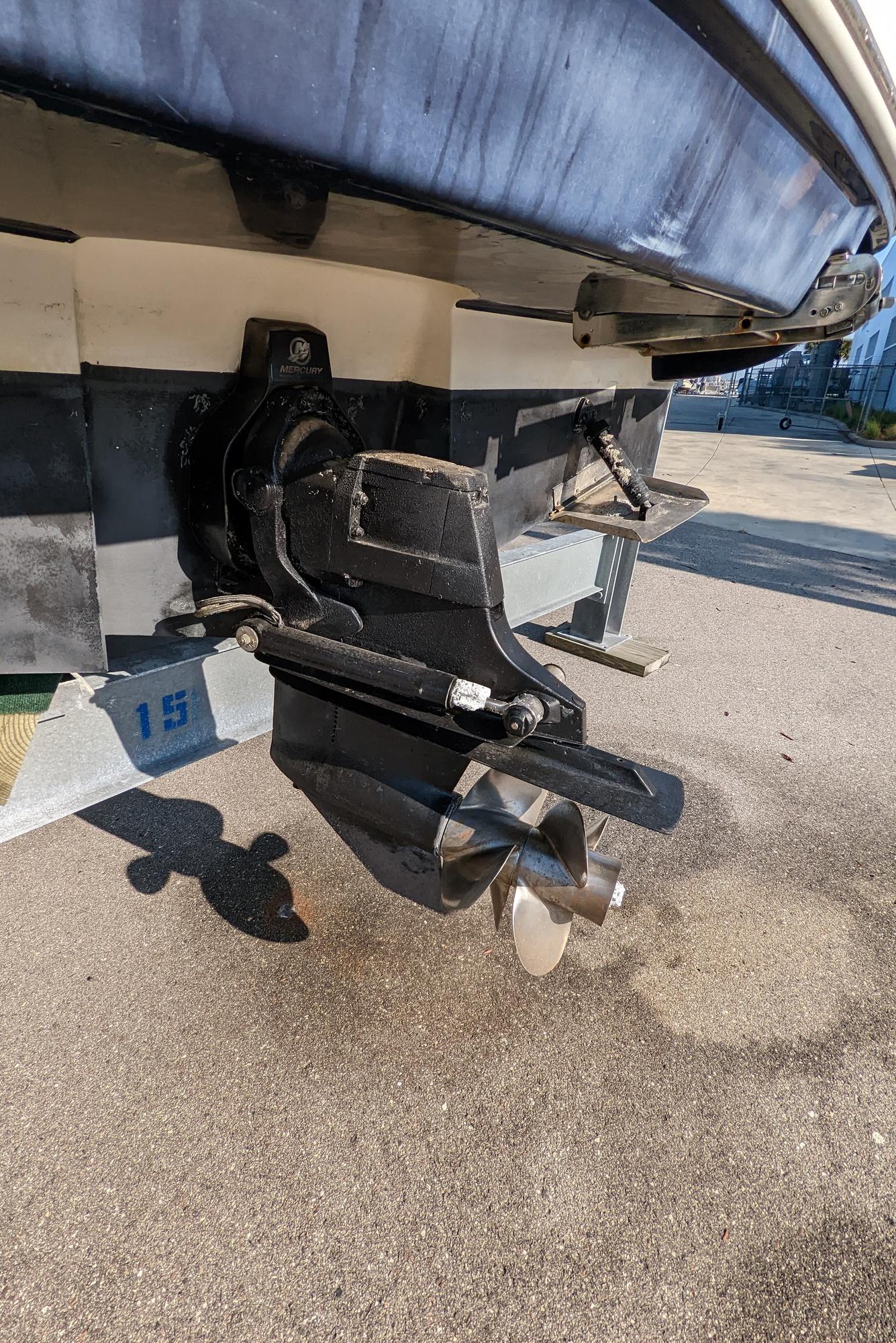 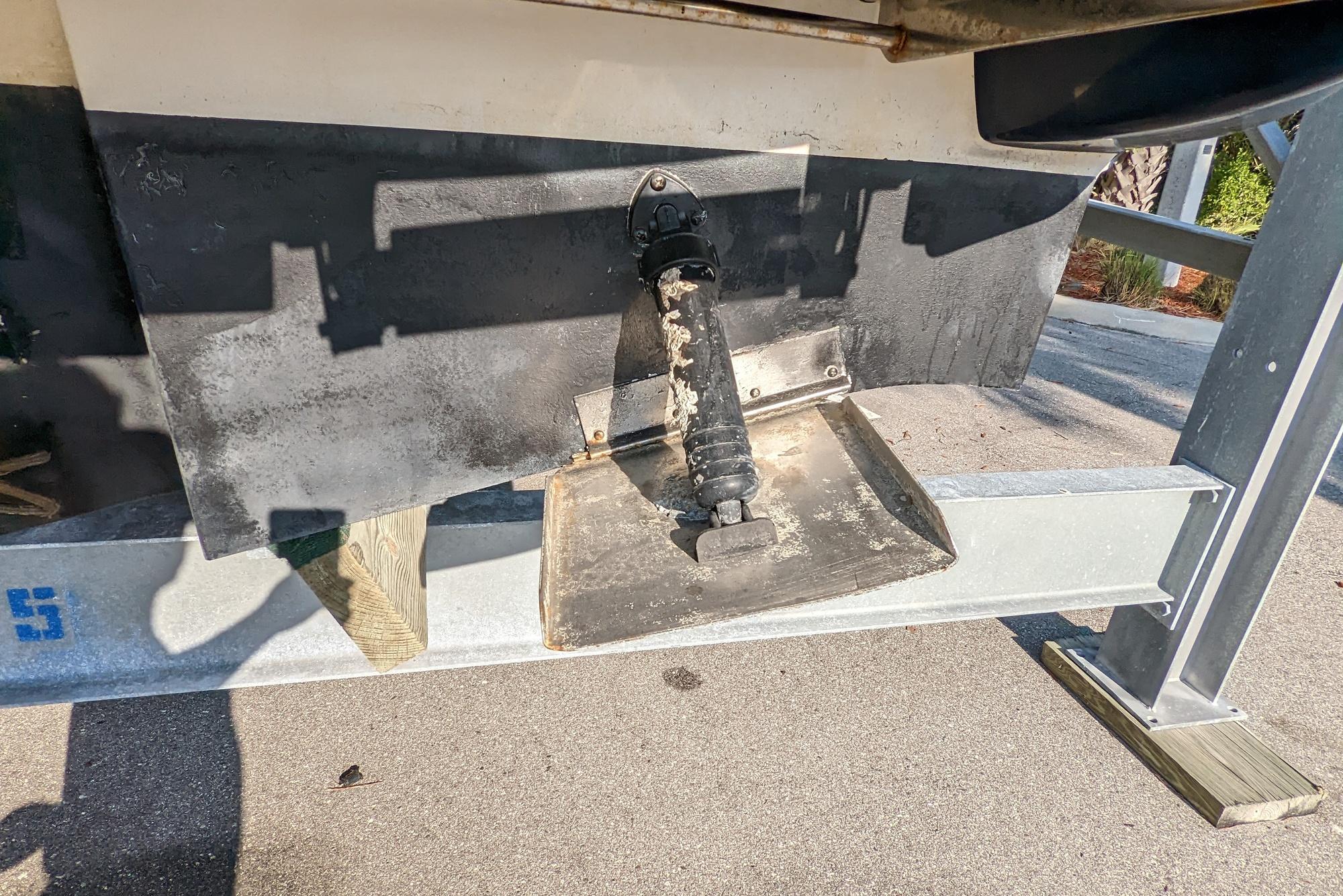 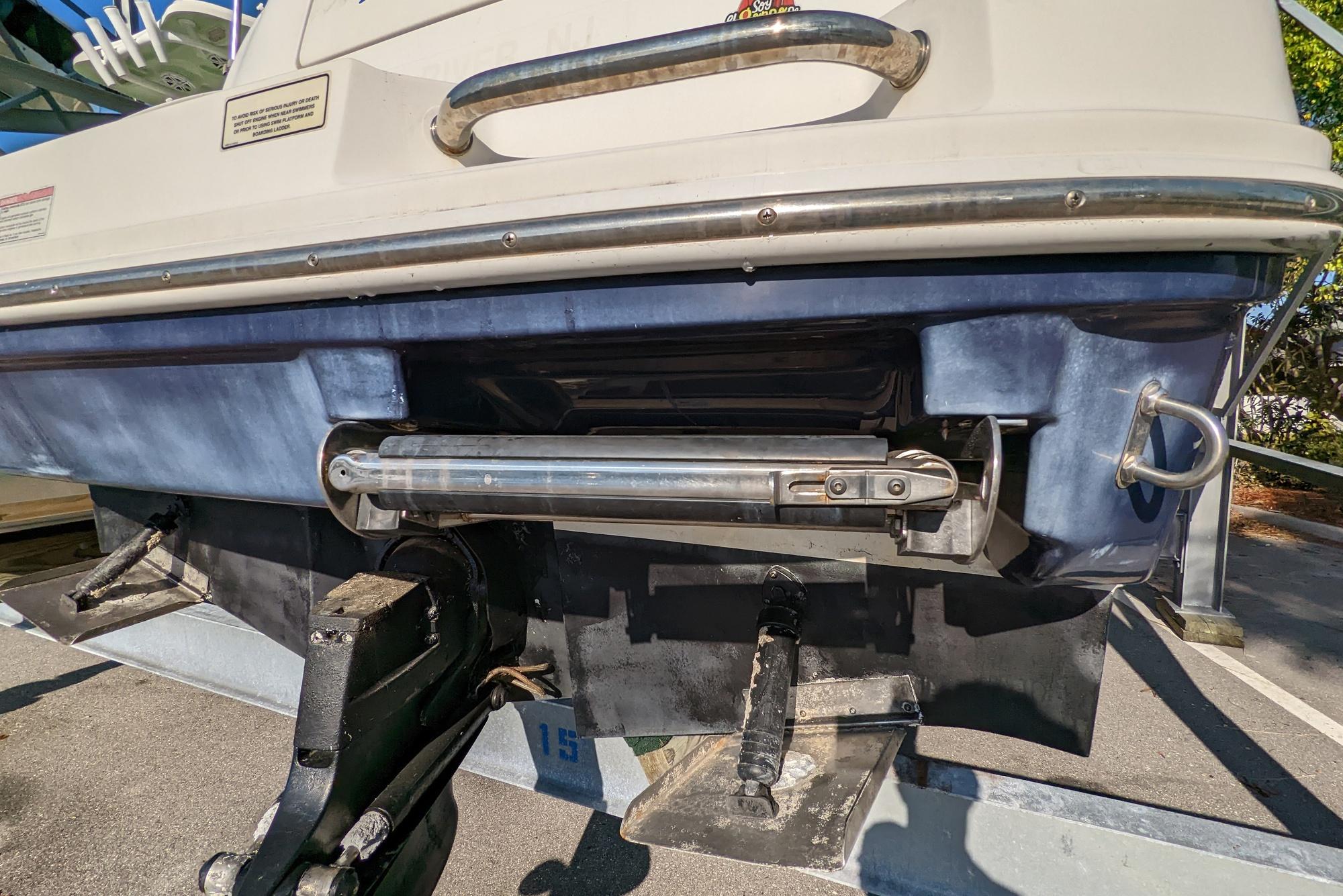 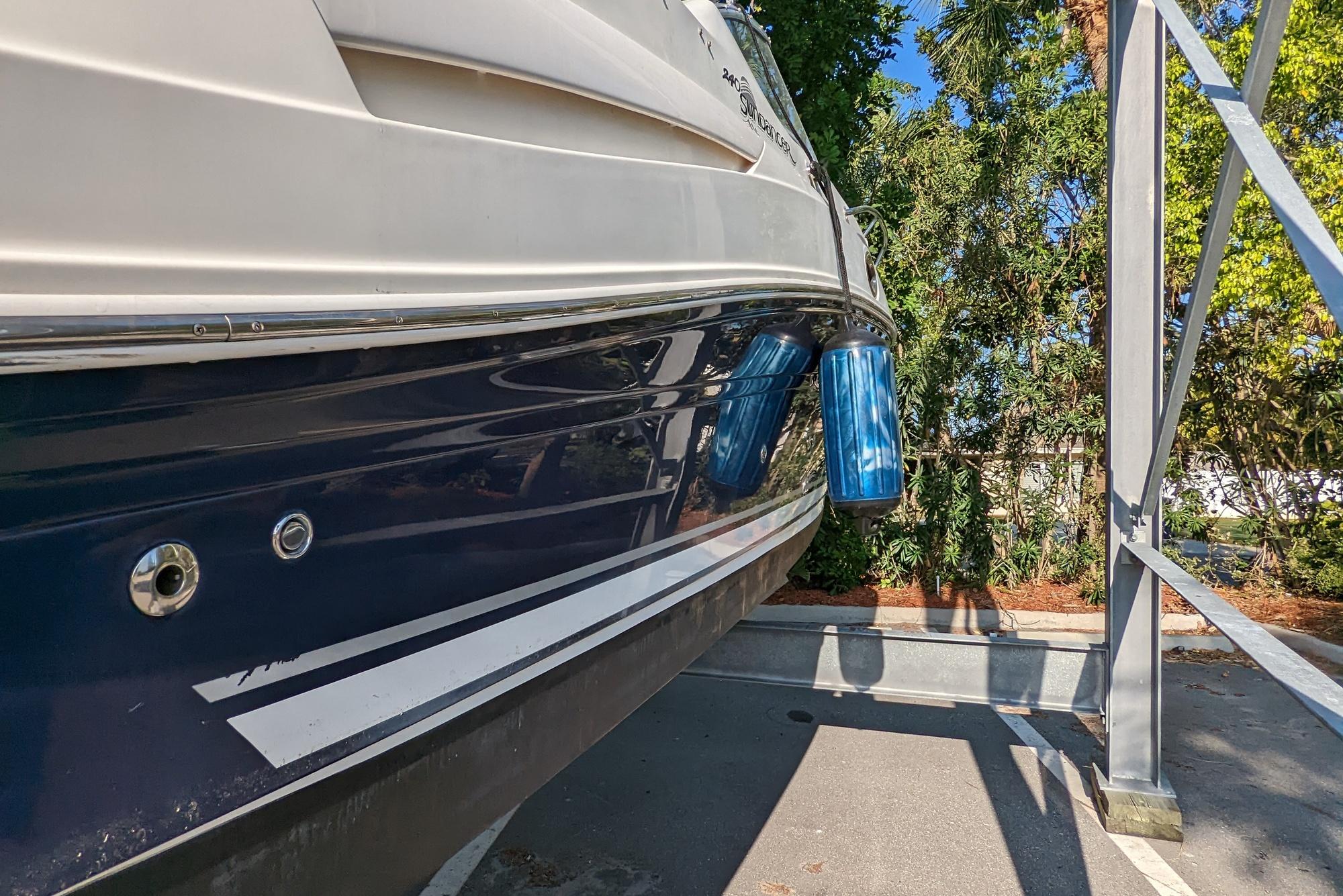 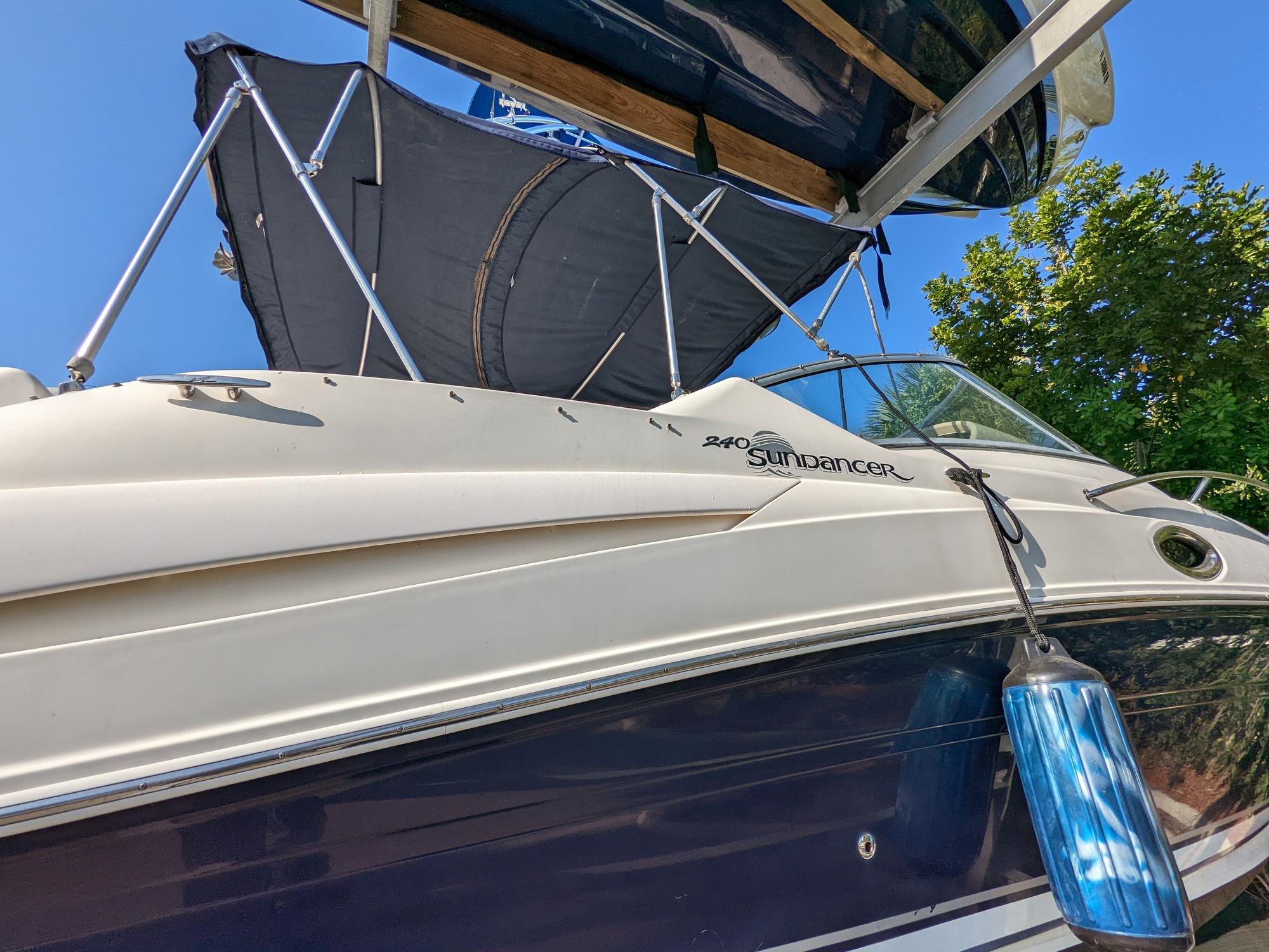 When boating season is as short as it is in Canada, any time spent on the water had better be quality time, or else you are wasting a precious commodity. The Vogue 29 SE represents the top of Princecraft’s luxury food chain, and the builder from Princeville, Quebec, has taken everything it’s learned over the past 62 years to deliver a boat that packs in as many quality features between the fences as possible.

Instead of sporting outside-the-fence rails, the sides are a blank canvas for splashing on the bold, dark graphics that are in vogue now. Up close, folks will notice it has a sparkly finish that’s subtle enough to be classy rather than flashy. Combine that with a radiused fiberglass bow section that’s uniquely sculpted and a black forward-swept watersports tower ($6,502), and buyers get a pontoon that personifies their refined yet sporty attitude.

The rear swim platform on the Vogue 29 SE is one of the largest I’ve seen on an outboard-powered pontoon. Our test boat had an optional polished stainless steel soccer goal-style ski tow ($779) encircling the Mercury outboard, which tubers and slalom skiers will love. Many of the special touches on our test boat, such as the swimming pool-style boarding ladder, are part of the Prestige Package, which also includes LED lighting on the speakers, cupholders, floor and even on the pontoon logs themselves. There’s also lighting under the simulated-granite dual-height bar that is highlighted by towering cupholders that make it easy for a mixologist to concoct some creative treats. Surrounding the bar are four A-rated stools, making them acceptable to use when the Vogue 29 SE is in motion. Princecraft has been a member of the Brunswick family for 15 years, so the Vogue 29 SE is going to have a Mercury engine on the transom, and our boat was certainly not lacking for power with a Verado 350. It uses a supercharger to deliver instant-on power when the driver throws down on the drive-by-wire DTS power lever. Despite all that fury, the big Verado is one of the quietest outboards on the market, especially at idle, where its 55 decibels wouldn’t even get shushed by a librarian. Guests probably won’t even notice it’s running as they board. Wisely, Princecraft only offers this model with the top-of-the-line Performance Configuration, which includes an aluminum underskin and three 25-inch-diameter tubes that have two lifting strakes each, which helped it get on plane in just 2.9 seconds with very little bowrise. The Verado pulls very strong in the mid-range and reached 30 mph in 5.9 seconds, which is impressive considering this 29-foot, 10-inch boat weighs 3,603 pounds. Top speed cracked the 50 mph barrier by 0.5 mph after I trimmed the Mercury out to reduce wetted surface and drag. It comes with as little as the standard in-line 4 cylinder Verado 200, but anything less than 250 hp will cause instant regret the first time you jam the throttle.

Proving that pontoons aren’t just for the thrill-challenged, the Vogue 29 SE can be equipped with Mercury’s new 400R, which comes straight from its racing division. The only downside to such a move, besides the nearly $8K price bump over the 350, is that it comes with a two-year warranty, which is one year short of the coverage given to its more mortal Verado brethren. But like with the mainstream engines, Mercury offers optional extended three-year coverage, for a total of five years.

Because of the double lifting strakes on all of the Vogue 29 SE’s pontoons, cornering is very flat, since the ones on the outside of the outer tubes push back when it’s thrown into a hard corner. On some boats, such a setup inhibits really sharp turns, but not this model; I was able to turn one of the tightest diameter ohs! I’ve ever pulled on a boat of this size. And while its speed dropped pretty quickly during the maneuver, it was really smooth throughout, so picking up a downed skier can be done quickly. Other handling benefits to its six-strake setup include exceptional side-to-side stability at rest and low planing speed — 17 mph at 2900 rpm — so taking young kids on a G-rated tube ride is easy and economical. Docking a pontoon can be difficult if its boarding gate is on the port side, because the driver approaches a dock he can’t see because of the pontoon boat’s fencing. The Vogue 29 SE has boarding gates on all quadrants, so skippers can pull up on the starboard side where they have a clear view of everything.

It’s pretty easy to see Princecraft had entertaining on a grand scale in mind for the Vogue 29 SE, given its bar setup and a massive amount of countertop space on the rear port quarter, which covers the standard 12v refrigerator. The countertop is there begging for a smorgasbord-type spread of goodies to be laid atop its simulated granite working surface that has plenty of storage beneath, as does the bar. Of course, this setup and the large rear deck do whittle down the passenger seating capacity, but the premium Clarion stereo setup ($1,517) with a CMS5 stereo and a 10-inch subwoofer will get most guests up and busting a move anyway. Seating is handled by a starboard-side chaise lounge and twin forward-facing recliners up front that are joined into a U-shaped seating group by the standard bow filler cushion. And for beverage-holding capacity, optional moveable cupholder/armrests ($200) can be added, in addition to the one included in the Premium Package ($2,504), which includes the first-level stereo upgrade with a subwoofer, a raised helm and a battery switch. With the watersports tower and stern ski tow, the boat is ready for nearly any sporty activity, although with its multistrake setup, the Vogue 29 SE rides high in the water and throws very little wake, so it’s probably more of a slalom-friendly pontoon than a wakeboard launching machine. The upgraded Clarion CMS5 stereo has a rearview camera, so the driver can watch the skier on a display to the right of the dash.

The Vogue 29 SE is Princecraft’s top-of-the-line model and comes loaded with standard features, but there are a few must-haves to make it a complete package. Canada has more than 2 million lakes and America has about 125,000, so it would be folly not to get the optional triple-axle galvanized trailer ($6,244) to facilitate traveling to all those lakes, especially since the boat has an 8-foot, 6-inch beam, 1which requires no special permitting. There’s an available full camper enclosure ($3,756) for overnighting or extending the season. Down south, a double-Bimini setup ($1,613) might be the ticket, to combat the relentless sun. To increase the entertainment quotient, add a pedestal-mounted gas grill ($470) to the rear deck and a head with a holding tank and pumpout to the popup changing station ($473) in the port bow lounger. Other fun options include underwater lighting ($589) and speakers for the watersports tower ($880), with the upgraded stereo system.

For flooring, the standard setup includes a rear deck with a faux-teak finish and True Mica Mist Magnitude 24-ounce carpeting in the cockpit. Our test boat was upgraded to the antiskid Infinity vinyl flooring, which looks like a reed mat and is easier to maintain than carpeting. While the rest of the boat has high-end stainless steel cupholders, the ones set into the cockpit table were made of plastic and looked cheap.

We do most of our boating on Lake of the Ozarks, which can get quite rough, so our boats have tended to be offshore go-fast boats, and our most recent one was a 36-foot cabin cruiser. As we are getting older, we wanted something that was easier to handle, but we didn’t want to feel old by getting an ordinary pontoon; it had to have style and performance. We looked at several high-end pontoons but really liked the Princecraft’s looks and quality of build. We weren’t too sure how it would handle the rough conditions here, but the first large wakes we went over were a non-event. We love cruising around the lake and stopping to cook on our grill. We’ve had as many as 12 people on the boat and there’s plenty of room for all. Midwest Boating Center has been awesome. When I pointed out the cheap plastic cupholders on the cockpit table, they replaced them with stainless steel at no charge. Their follow-up on service issues has been outstanding.