It’s a party pontoon that’s ready for all kinds of floating boating missions. 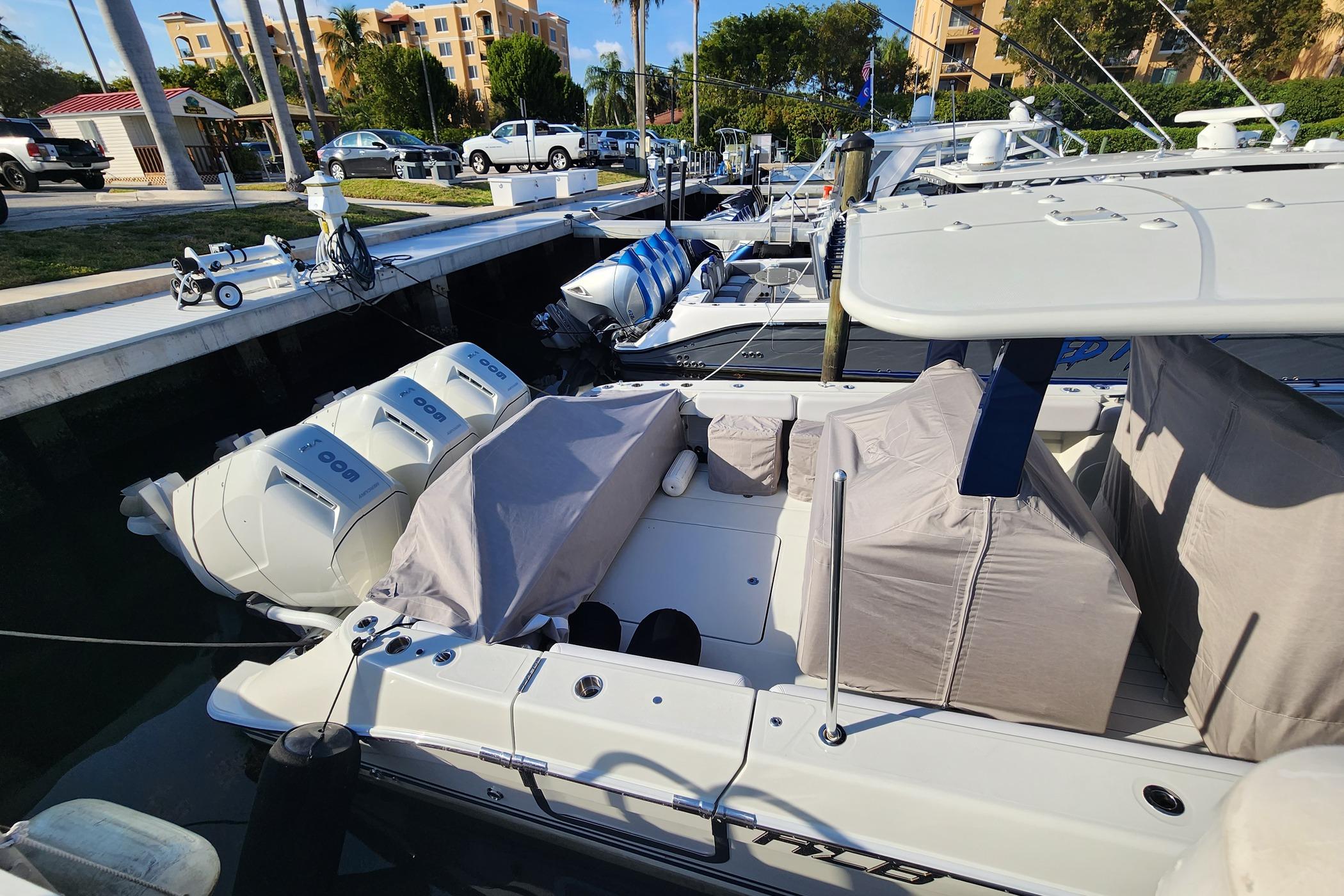 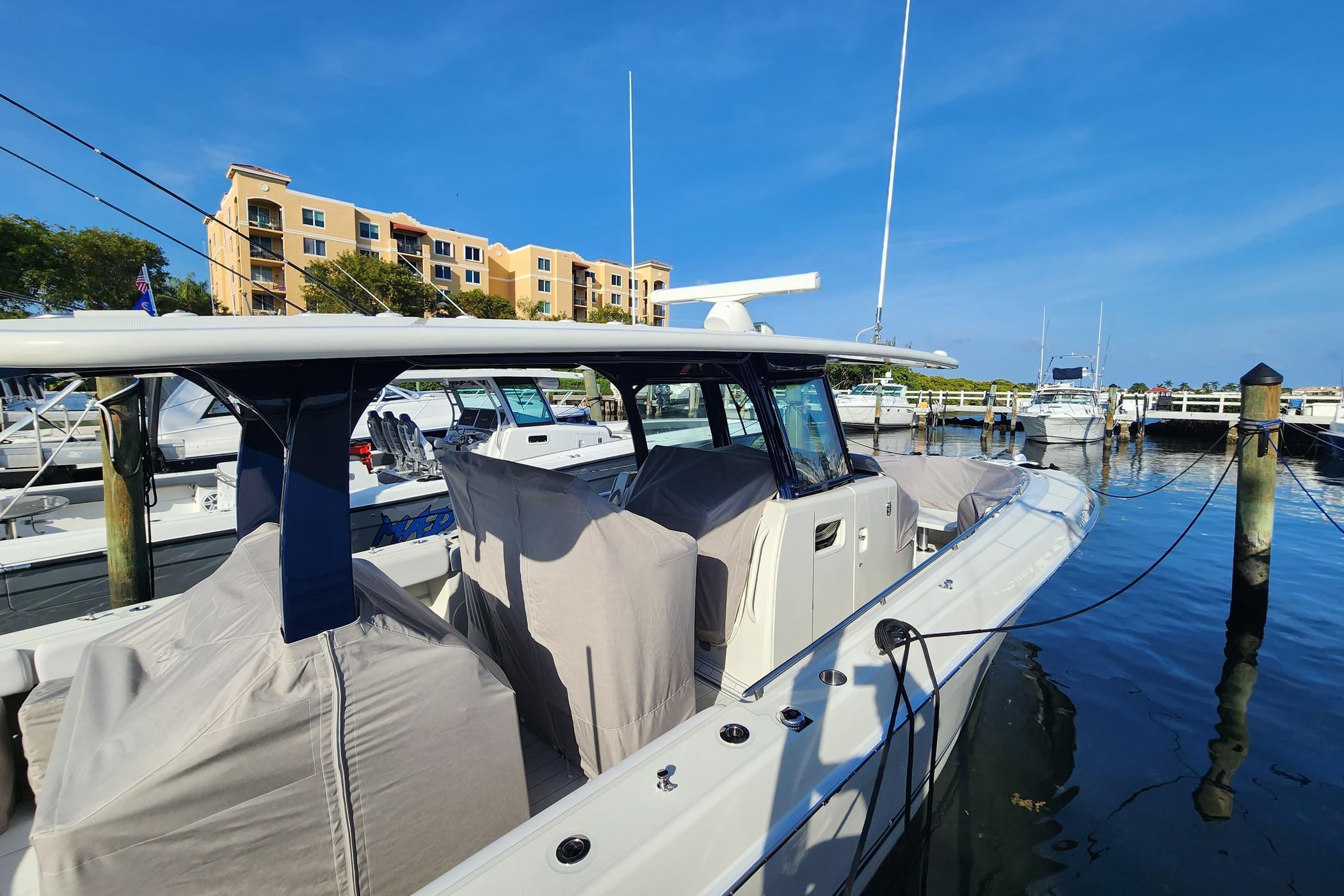 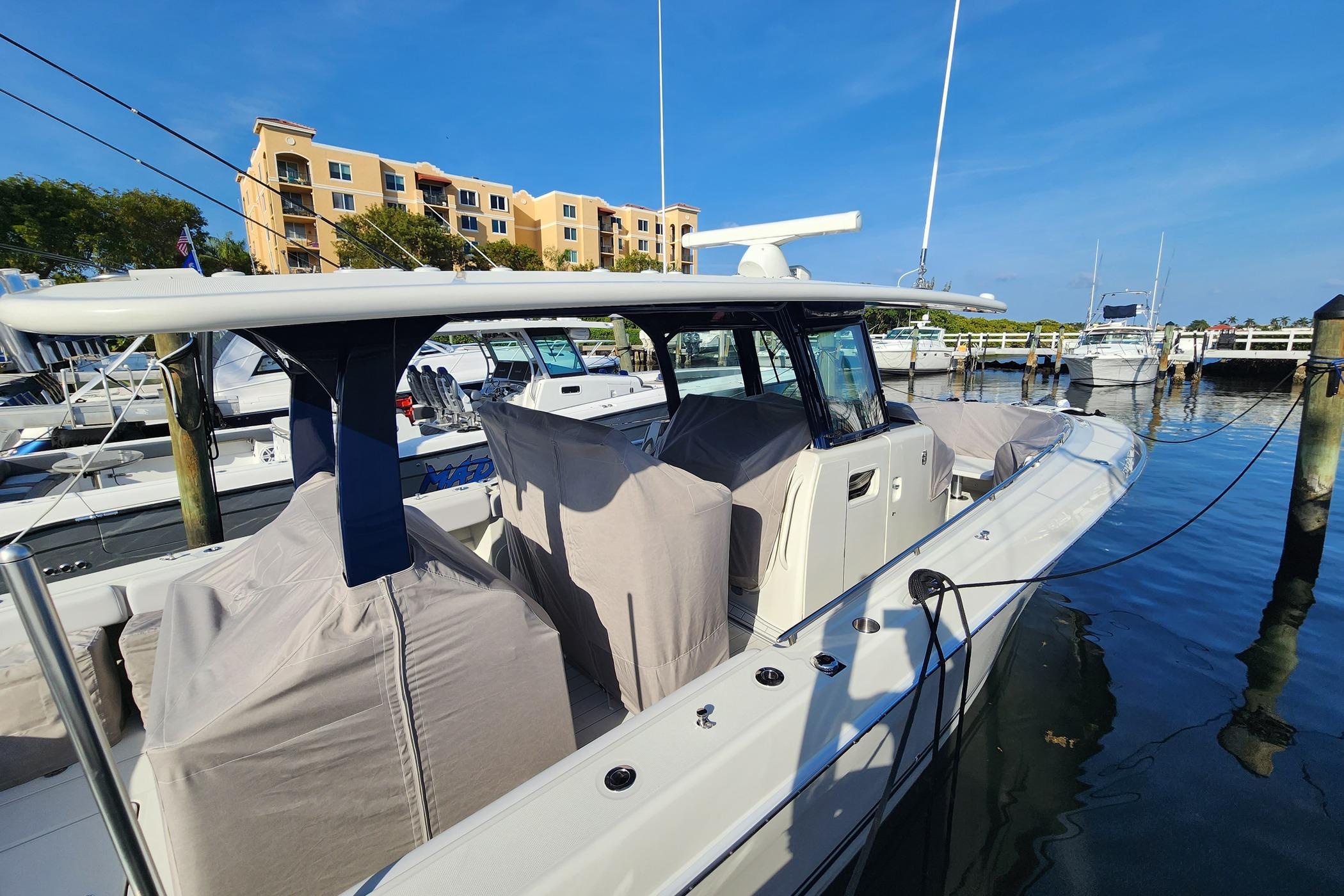 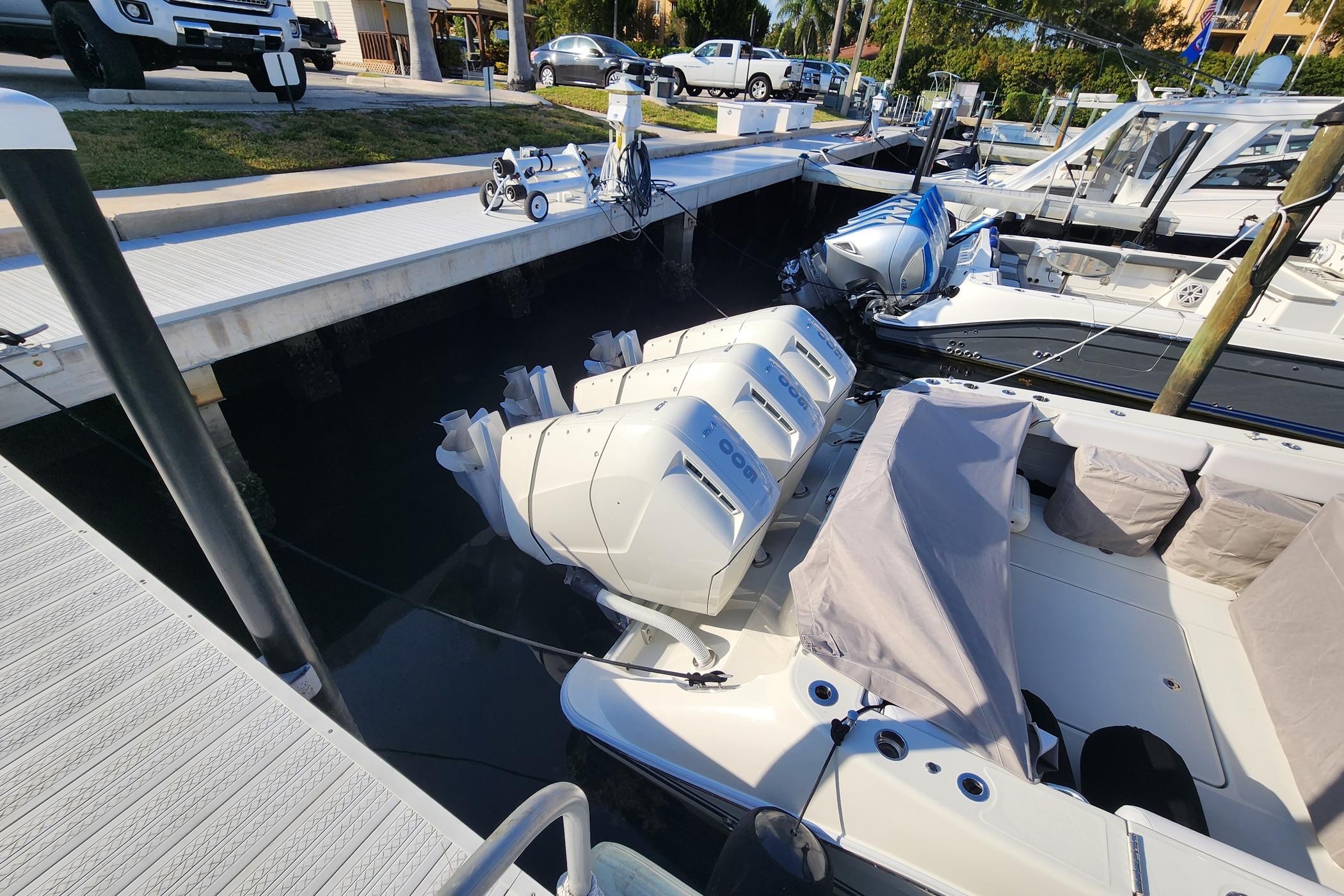 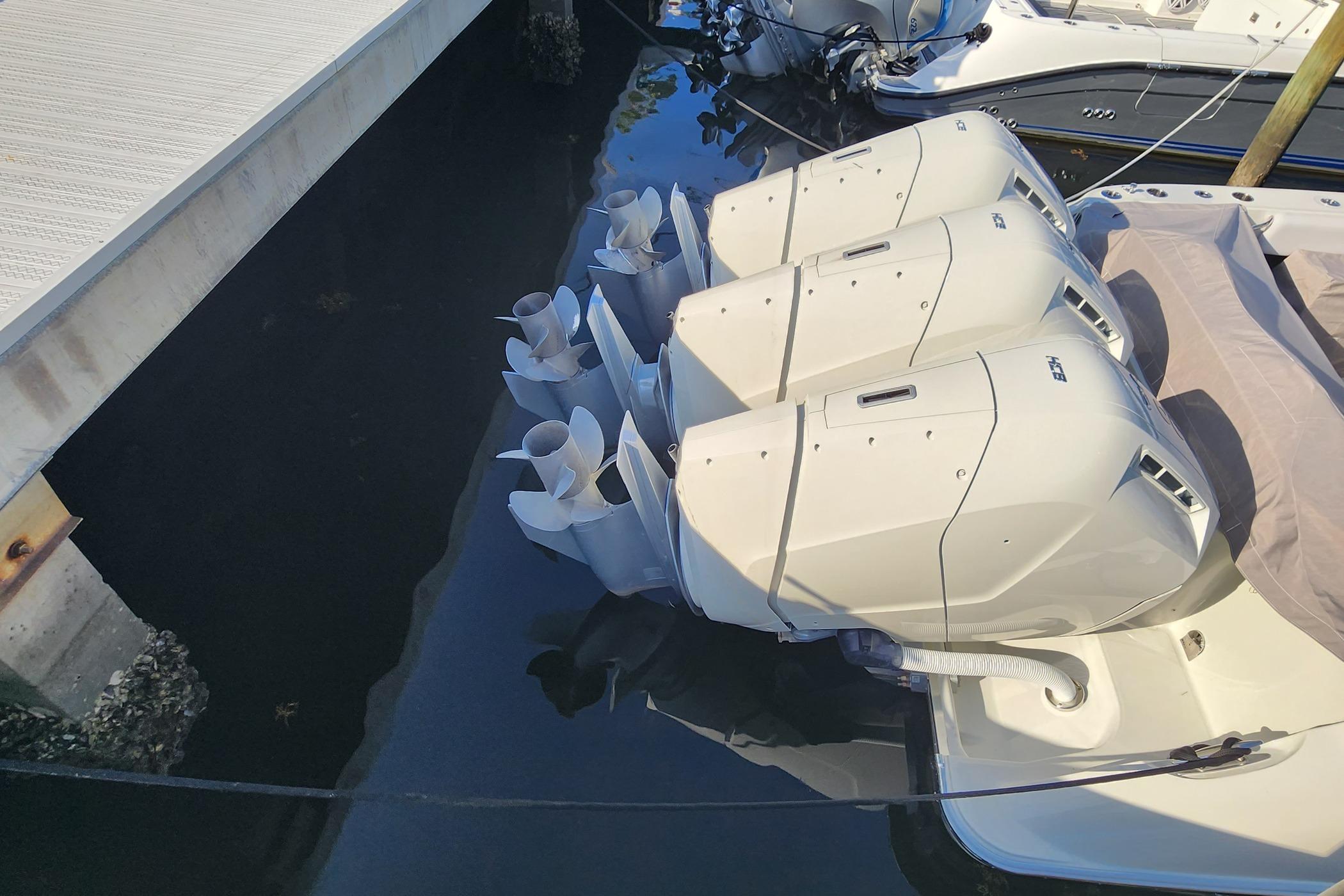 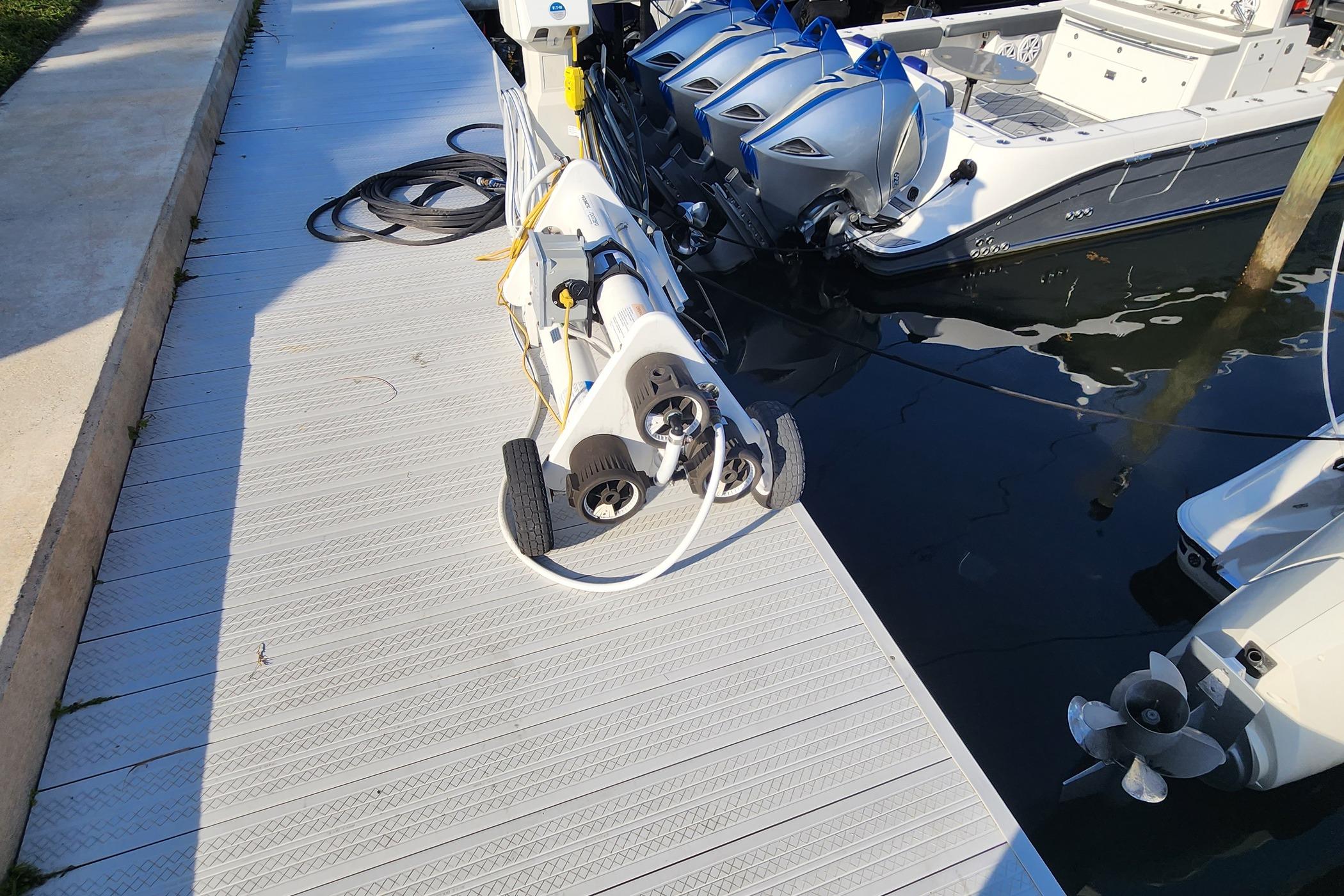 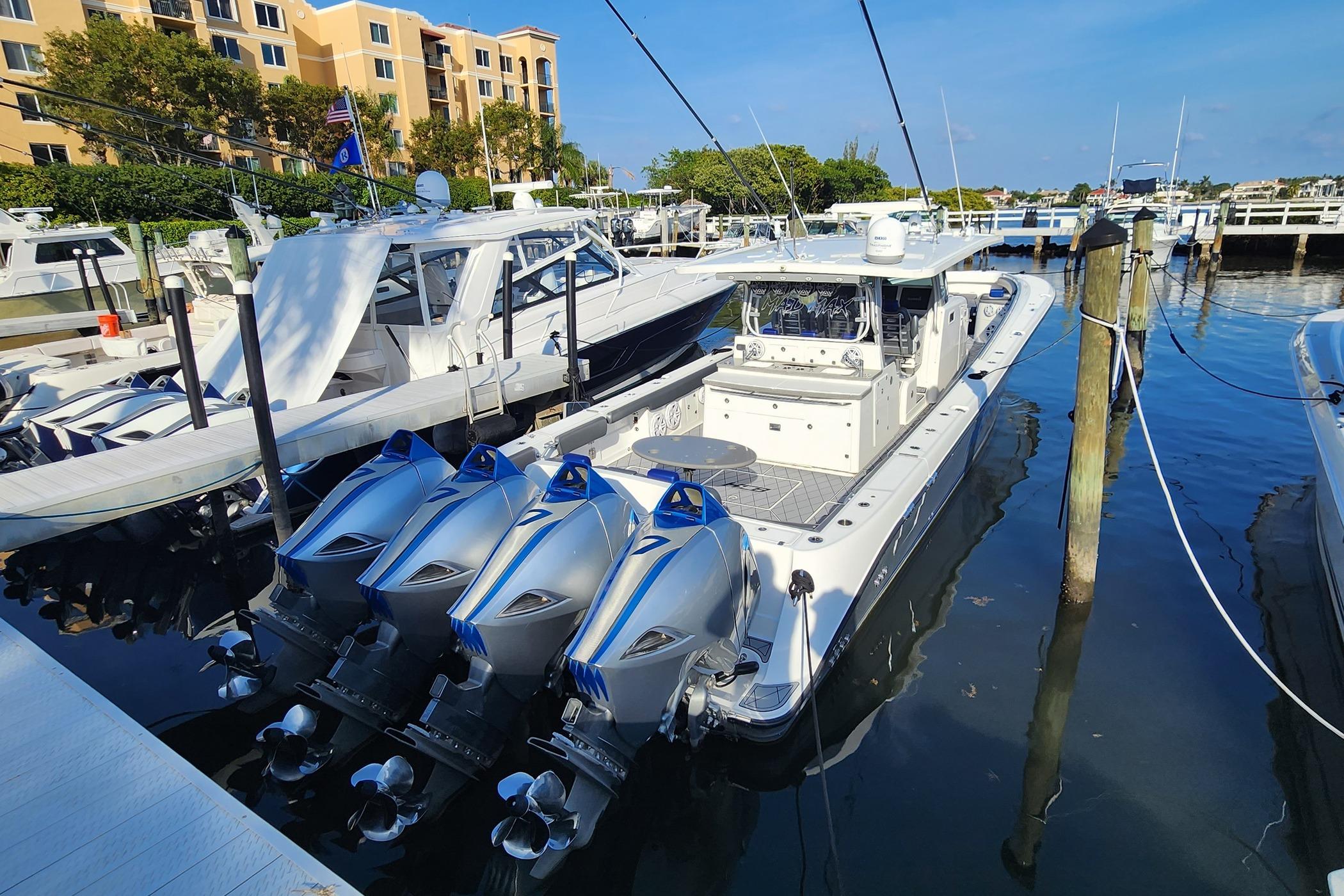 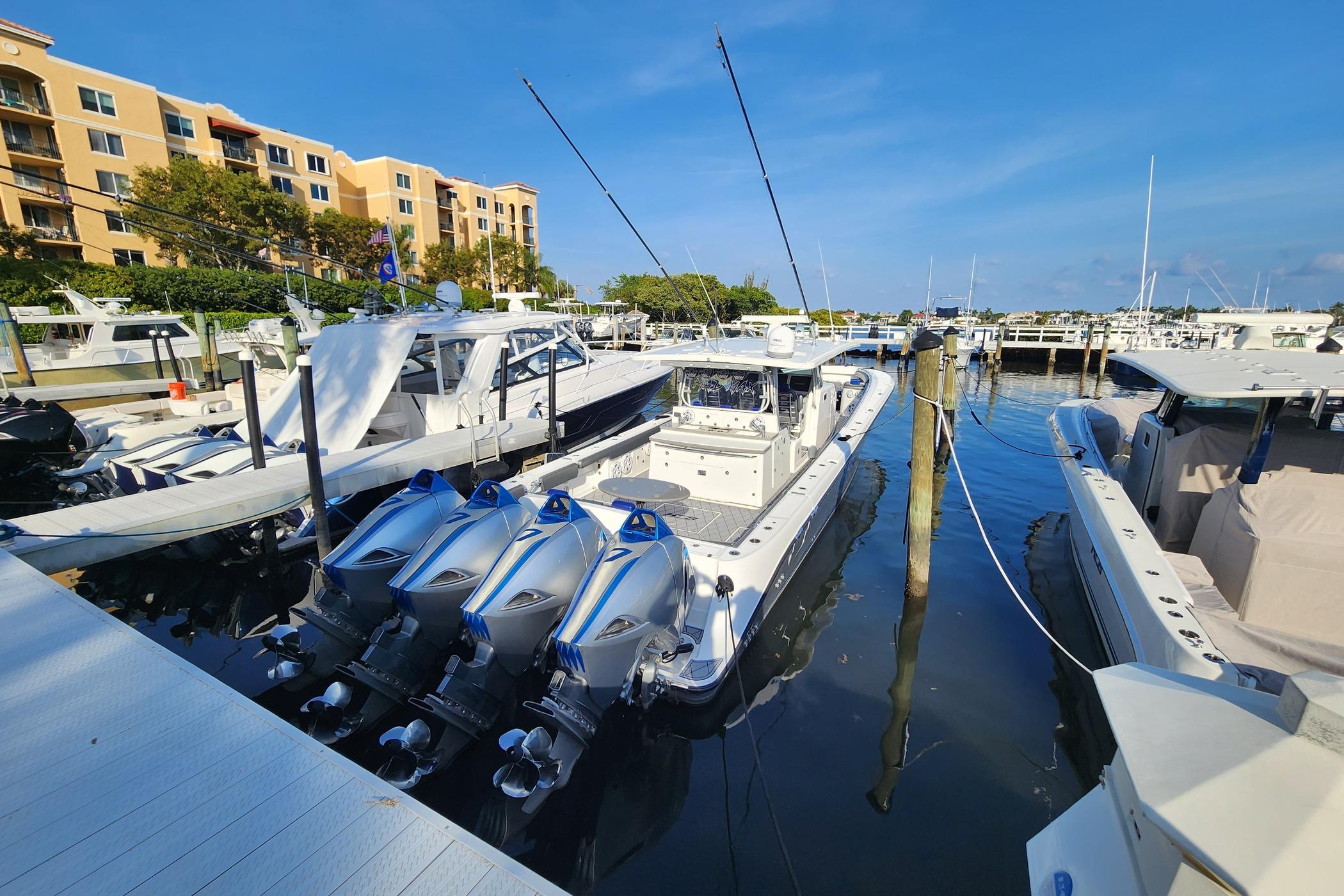 Qwest has been the industry leader in pioneering the compact luxury pontoon sector, but it has slowly expanded its footprint to include boats such as the 24-foot, 8-inch Avanti 823 Lanai DS Bar. The Avanti line is its newest, and those models come fully loaded even if buyers check nary a box on the options list.

Sometimes a boat’s changes are readily apparent, but other times people have to look closer to see them. In Qwest’s case, for model year 2018, one of its goals was to ensure it was building the strongest chassis in the industry. To accomplish said goal, the builder enlisted the help of a major university and some sophisticated computer software to perform what’s known as a finite element analysis (FEA), which is an in-depth study of how each component reacts to real-world forces such as vibration, fluid flow, torque and heat, to show whether a component will work as it was designed to — not break or wear out.

Despite the thoroughly modern testing, Qwest and the research team found that sometimes the best solution to creating an even stronger under-deck design is to look to the past. They discovered that using a variant of a Gothic Arch, which was first used in 1739 and comes to a point at its apex, proved to be an incredibly strong yet light design. They christened it the Power Arch, which is under trademark.

Welding is one of the most critical elements in the construction of pontoons, and Qwest felt like it already had the best welding team in the industry, but it wanted to make them even better. Its solution? Have all of its welders complete year-long classes conducted by the American Welding Society — a nonprofit organization founded in 1919 — and gain certification. The results are readily apparent. Having learned of this initiative, I inspected each visible weld on a trailered Avanti 823 Lanai DS Bar and did not find one that was the least bit sloppy, despite most being done by hand. In fact, only the seam weld on top of the log is done robotically. The resultant welds are then X-rayed before passing quality control checks. Powering our test boat was a rare white-cowled Honda BF150. Its in-line four-cylinder 2.4L block has been proven over many millions of miles of service in Honda’s Accord and CRV automobile models. It features an innovation called Variable Valve Timing and Lift Electronic Timing (VTEC), which was originally developed for Honda’s NSX supercar. VTEC uses a two-cam profile to vary the lift and duration of the intake valves, so it delivers the best performance at both low and high rpm.

Qwest’s Gen II TT (Triple Tube) option ($5,064) includes lifting strakes on both sides of each log that generate lots of lift. They helped the 823 Lanai DS Bar get on plane in three seconds with zero bowrise. Acceleration to 30 mph took 8.4 seconds and top speed was 37 mph, which is fast enough for all watersports. For better fuel economy, the Honda employs a feature called Lean Burn, which adjusts the air/fuel mixture to match demand. In Honda fuel-burn tests on similar Qwest pontoons, the BF150 burned less than eight gph at 5000 rpm. The 23-gallon fuel tank is a little small for extended cruising, especially on boats rigged with the maximum 175 hp. Qwest will rig its pontoons with the engine brand of the buyer’s choice.

While the industry standard diameter for logs is 25 inches, Qwest uses 24-inchers, yet its boats actually float higher than most pontoons thanks to a reduction in weight in many areas. The furniture is built in-house and is constructed using Dura-Lite seat bases that include an Ultra Flow seat ventilation system that keeps weird things from growing in what is normally a moist, dark environment. The Gen II TT setup, with six lifting strakes, keeps the boat high in the water and easily supports the maximum 12 passengers it’s rated for. To reduce spray and prevent submarining when crossing large boat wakes, Qwest uses oversized nosecone caps at the bow. Its six-strake setup also gives the tubes a wider footprint, which keeps the boat more stable and less prone to rocking in beam sea conditions. With the Gen II Triple Tube setup and enough power to push it, the 823 DS Bar can definitely handle watersports. The TT option includes a stout double-tube ski tow bar that rises high and prevents towlines from chafing the outboard. The rear deck is extra-large and has room to tuck a tube between the ski tow and the stern fencing. Although there’s no center-tube storage option, there’s ample room under the seats. A swim platform bench seat creates a spot to hang out or get ready for a run. The Avanti 823 DS Bar excels as an entertainer. The first priority is passenger comfort, and it features high-backed lounge furniture covered in Comfort Touch, which is a 33-ounce expandable, breathable material whose linen-like feel won’t have guests sticking to it on blazing hot days. Sixteen cupholders throughout the boat give up to 12 passengers plenty of beverage parking options. New for 2018 is a pastel Aruba color pattern that, true to its name, delivers a Caribbean feel. Also new is a redesigned bar that has a pullout cutting board, a built-in bottle opener, drawers for storage and a knife organizer to prevent rattling. A carry-on cooler keeps beverages cold and comes with a padded Qwest mat on top.

The layout includes twin recliners up front and an L-lounge in the stern. Dual high-backed captain’s chairs with self-leveling armrests sit amidships and another matching one is opposite the bar, behind the captain. Qwest has plenty of dedicated fishing models, such as the Avanti 823 RLS Fishtail, which has twin fishing chairs and a rigging station in the stern, but there’s no reason an angler couldn’t wet a hook from the stern bench or one of the captain’s chairs on this boat. With the Avanti line, most of the desirable options are standard features. Even unusual items such as a power Bimini top and a refrigerated captain’s cupholder are included. The sound system is an upscale six-speaker Infinity Bluetooth stereo, complete with a subwoofer that includes a class D amp. One of the problems with running the stereo at the sandbar can arise at the end of the day, when the captain turns the key and hears the dreaded clicking sound. Qwest solves that with a standard two-battery system that includes a voltage sensing relay (VSR) that isolates the cranking battery to prevent it from getting run down. At the fiberglass helm, the driver grips an Italian sport wheel and uses a standard Humminbird Helix 5 GPS for navigation that includes state-of-the-art CHIRP dual-beam sonar for finding fish or just seeing what’s below before dropping anchor. To keep kids entertained, a LilliPad diving board is an option ($1,800). It installs on the swim platform and is cleverly designed to transmit very little force to the boat. It’s easily removable, sans tools, by unscrewing three eyebolts. For nighttime excursions, a lighting package ($579) includes LED lighting beneath the outer deck and two underwater lights. Interior lights and dock lights are standard. For more shade, there is a rear Bimini extension ($434) and a forward Bimini for $582. I would like a lockable drawer large enough to stow several purses.

I moved from Philadelphia to South Carolina, near Lake Keowee, and though I’d never been on a boat in my life, I saw how much fun the boaters were having on this beautiful 26-mile-long lake, and I wanted to join them. I went to a nearby boat show and really liked the layout of the Qwest 823 DS Bar but didn’t like the color, so Jesse from N&C Marine invited me to their showroom to see what they had in stock. He was easygoing and took the time to answer all my questions in layman’s terms, without making me feel stupid. His no-pressure style made me feel very comfortable, and I feel like I got the perfect boat for my needs. I come from a big family — eight brothers, two sisters and 23 nieces and nephews — so it seems like I always have company. We love going out to cruise and socialize and sometimes go to the waterfall or the jumping rock where lots of boaters hang out. I bought a big tube and tow the kids around, and my brother-in-law, who does most of the driving, likes to fish. I work for The Cliffs, which is a luxury development, and even use my boat to show prospective buyers waterfront property.