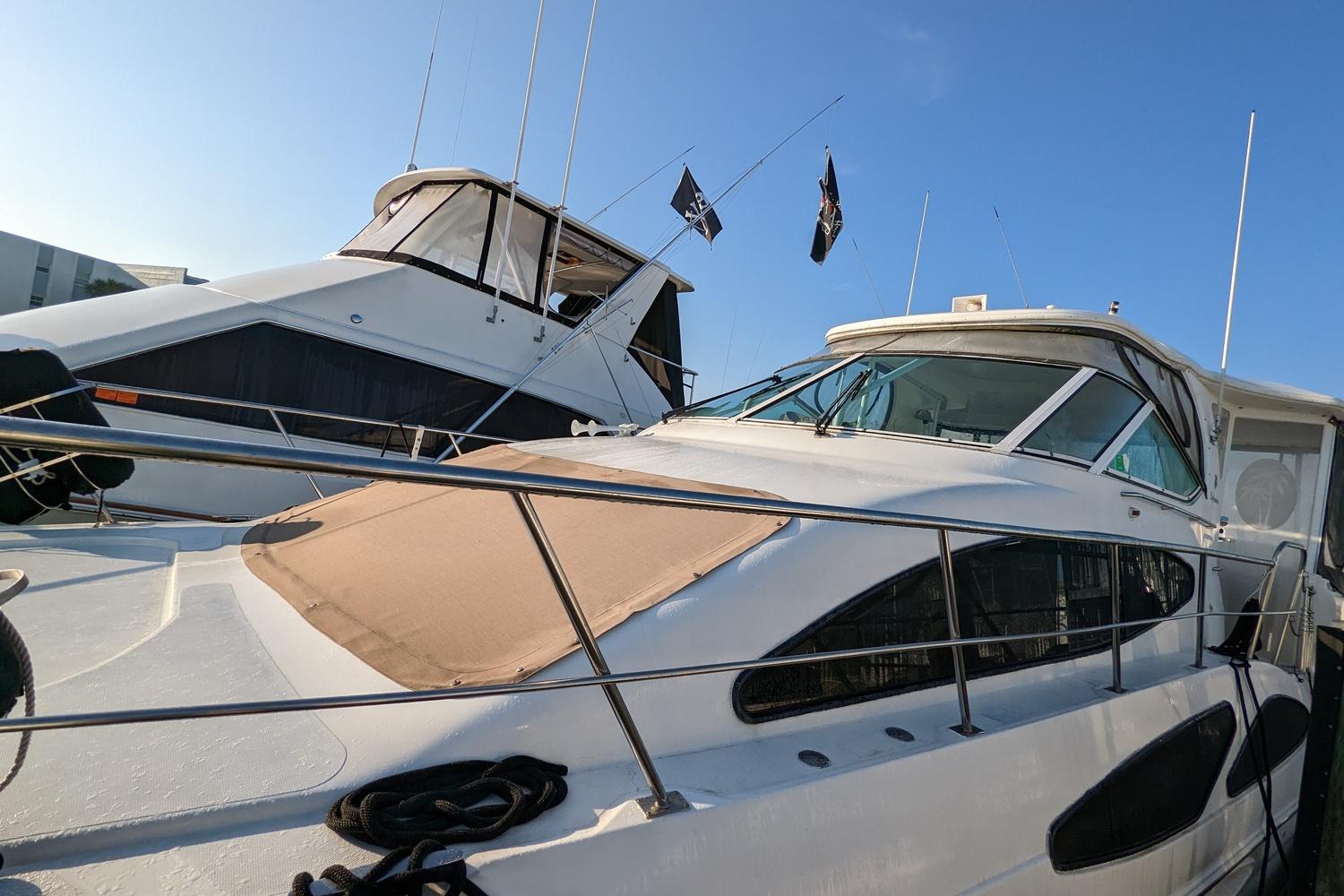 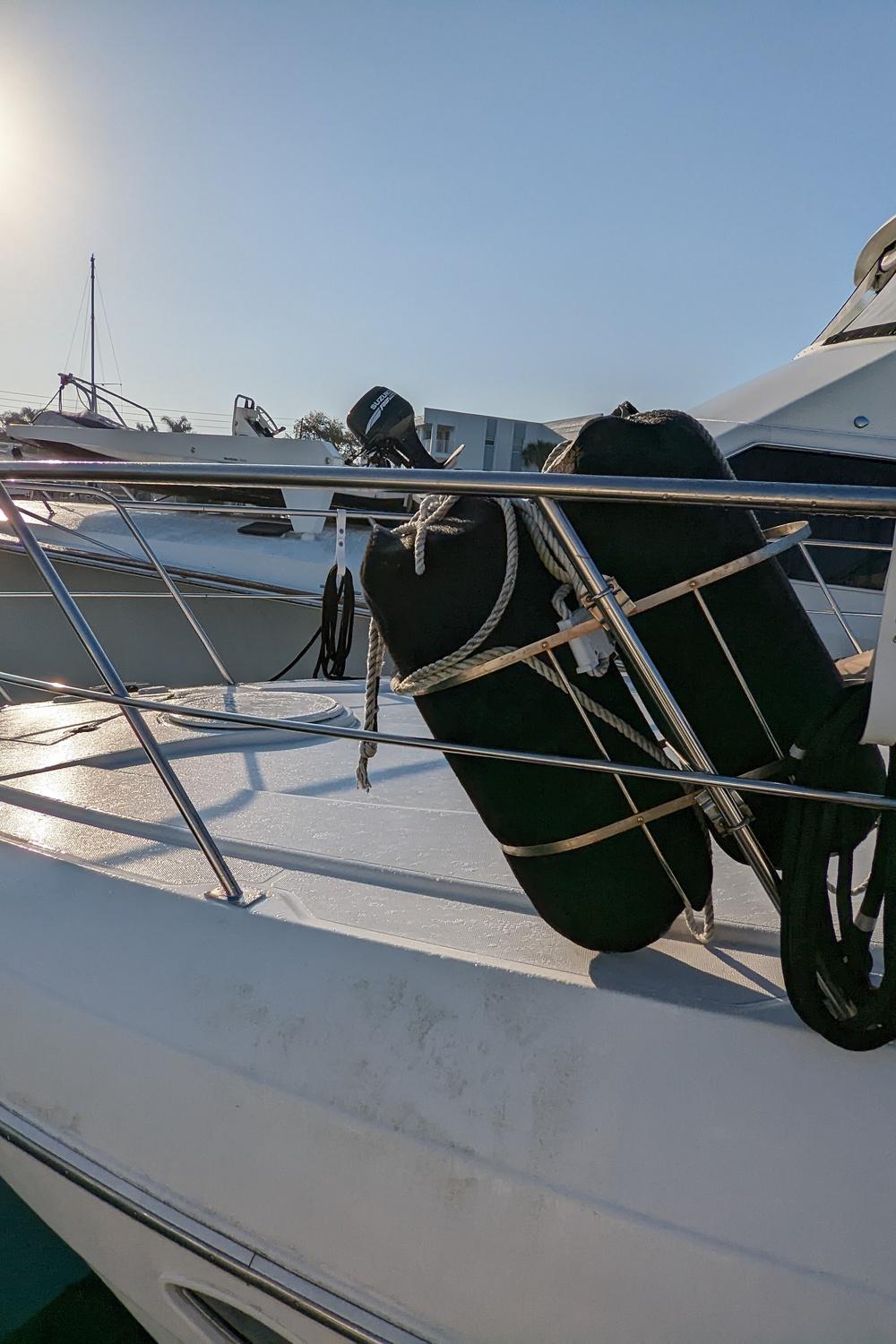 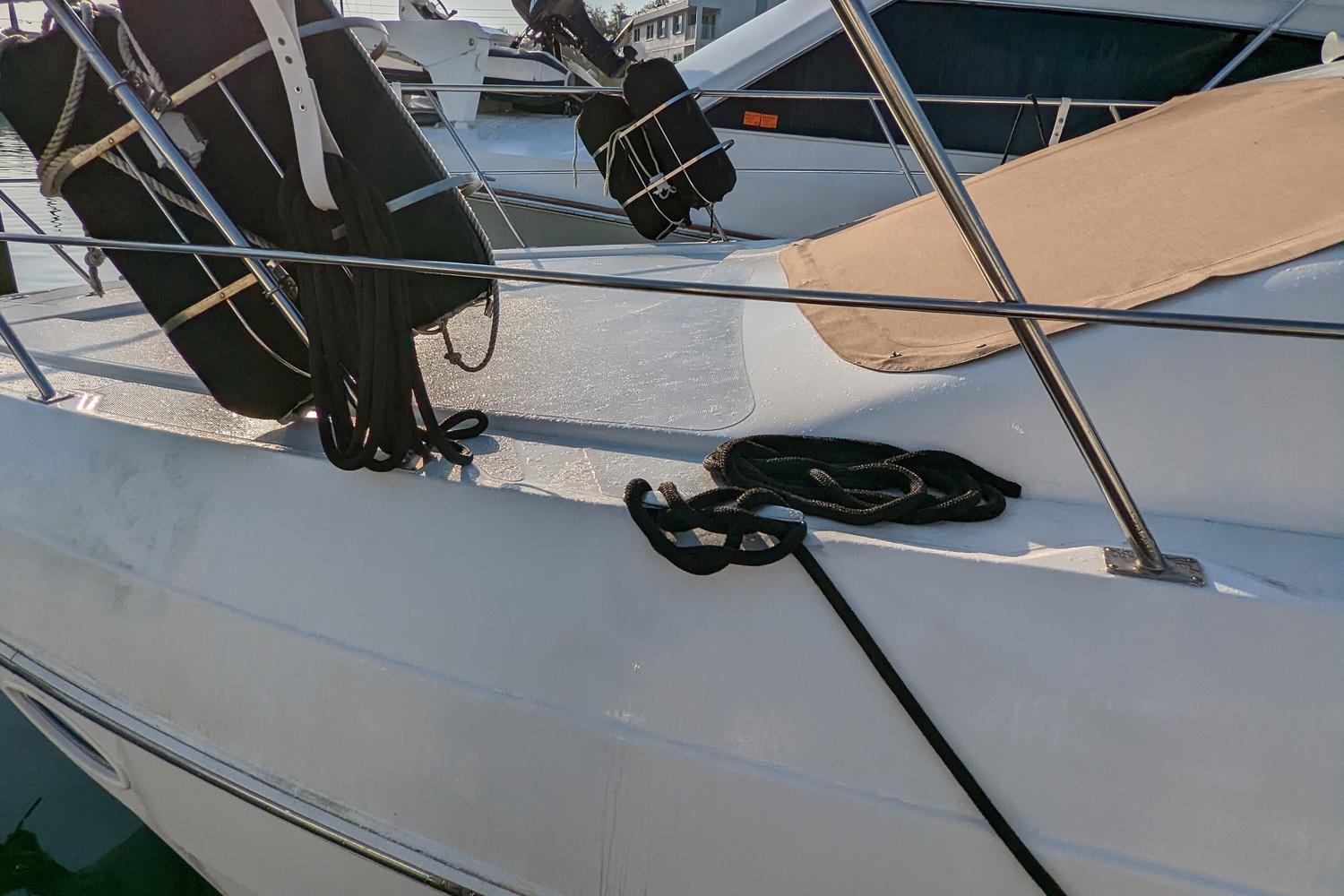 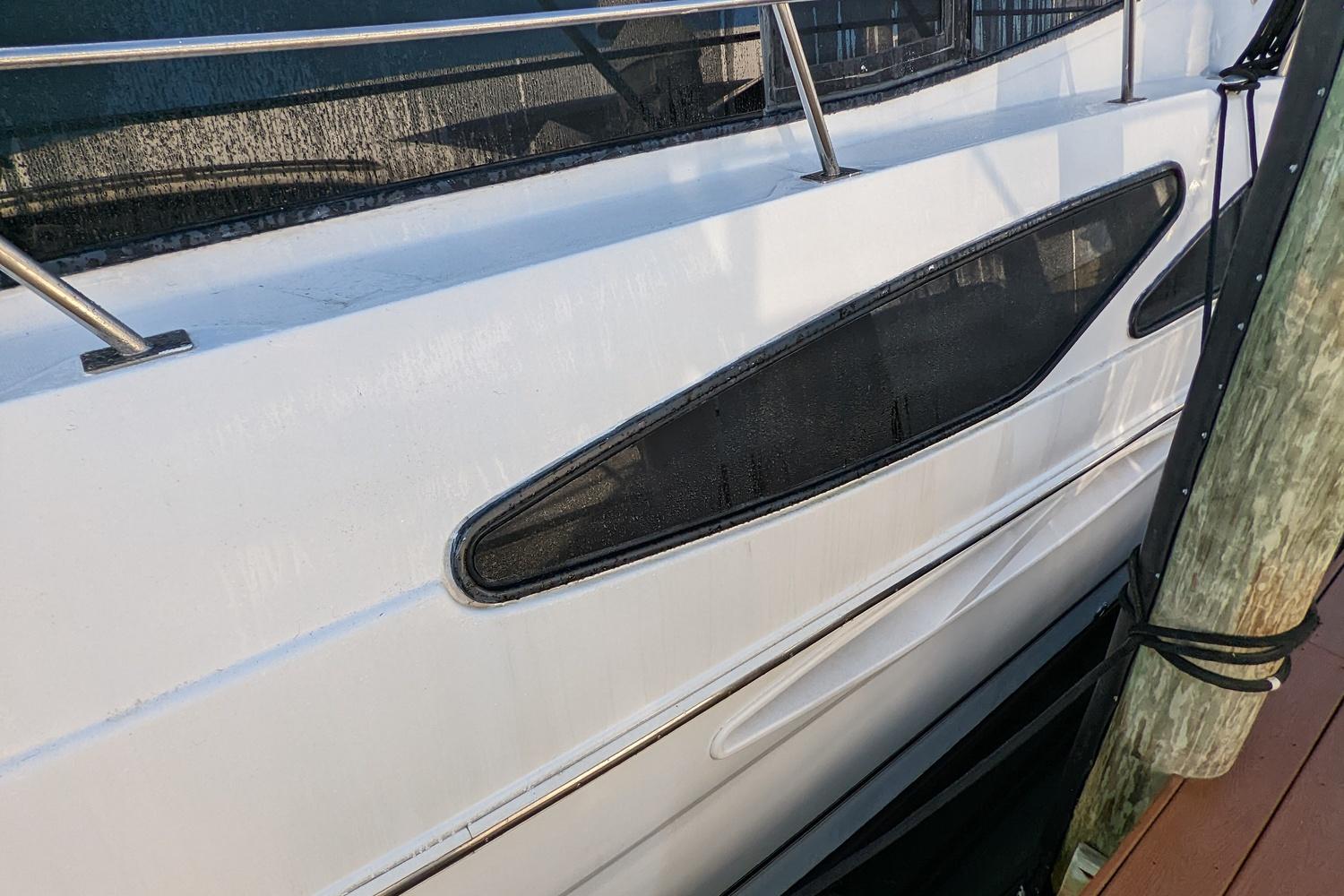 Qwest continues to push the envelope of how much fun can you have on a compact pontoon boat. Case in point: the rear deck of the LS822 RLS FTL. It has a pair of fishing seats and a rear fishing station with a livewell, rod holders and cupholders, and it doubles as an entertainment center for parties. Our boat came equipped with a stout ski tow bar, so it’s ready for watersports. I saw holes drilled into the faux gray teak and wondered if someone at the factory had gone crazy with a drill, but they were mounting holes for a Lily Pad diving board. Remove the fishing seat, and three bolts later the kids will be queuing up for nonstop diving action. The board is designed to absorb the force of jumps so the boat doesn’t heel over.

The LS822 is one of the larger pontoons Qwest makes, and the LS designates it is among the most luxurious in the lineup, best exemplified by the plush, high-backed furniture. We suspect there’s something called “Qwest math” at play, which allows the builder to squeeze in a couple of extra feet without affecting the sub-22-foot LOA. On the 822, twin rear-facing recliners have enough legroom for a mid-sixfooter to stretch out. But what’s really cool is a sleeper seat option that transforms the area into an eight-foot bed for sunning or overnighting. Amidships are two high-backed captain’s chairs. At the fiberglass helm is a standard flush-mounted Humminbird Helix 5 color fishfinder with an Infinity 350 Bluetooth stereo and a universal holder for your smartphone. Two more sofas in the front mean the boat has four distinct seating areas — something even many much longer pontoons can’t manage.

The LS822 is a great performer, especially with the Q3 option, which includes triple 23-inch tubes that allow it to ride high in the water. Lightweight furniture built in-house helps the ride, too. The Q3 option comes with a ski tow bar, a 25-gallon fuel tank, SeaStar hydraulic steering and an underskin for better performance and a quieter ride. With a Honda BF150 providing power, it gets up and goes. Time to plane was 3.1 seconds, and it reached 30 mph in 9 seconds. Top speed pegged out at 40.6 mph. — AJ