To celebrate its 50th birthday, Ranger gave itself and bass anglers everywhere a great gift. 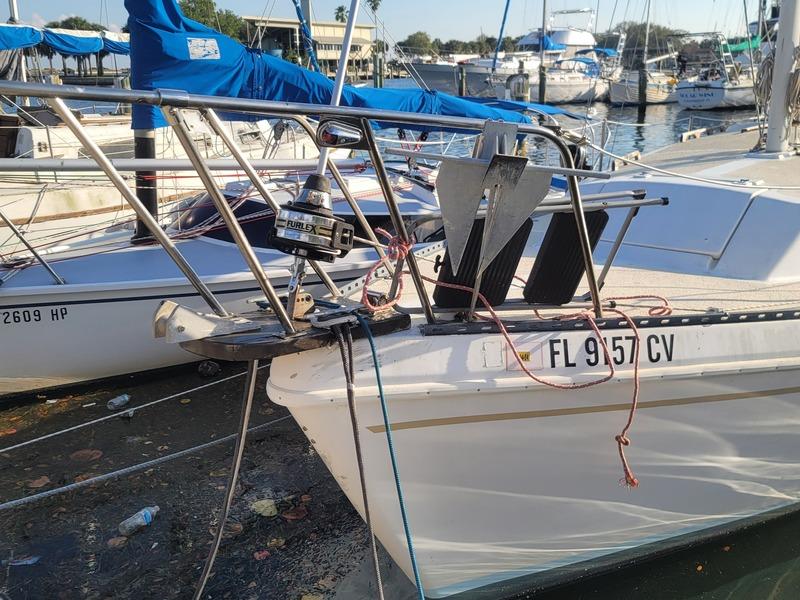 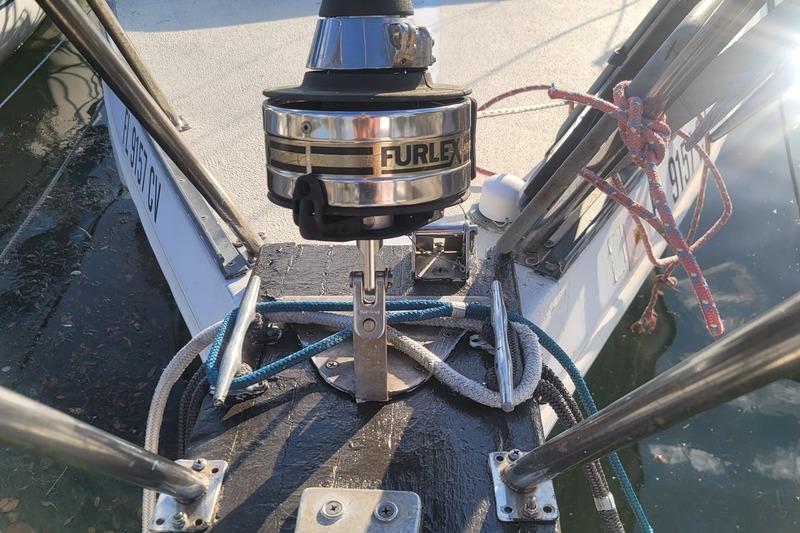 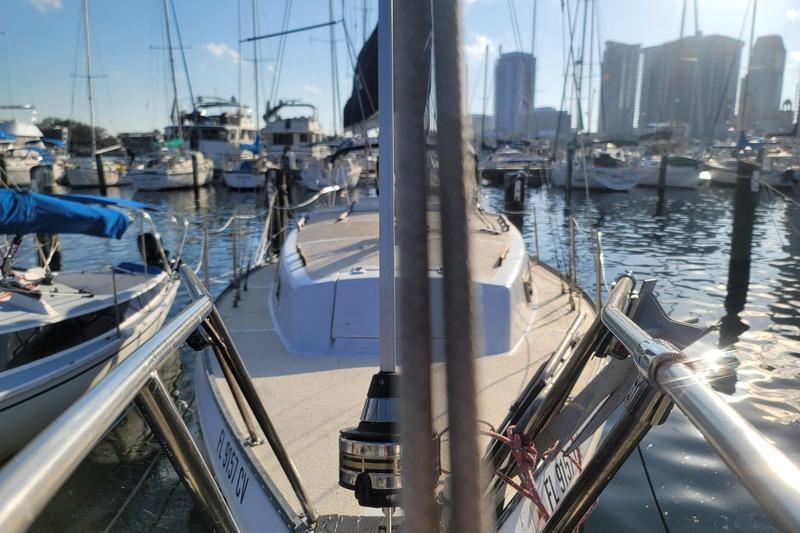 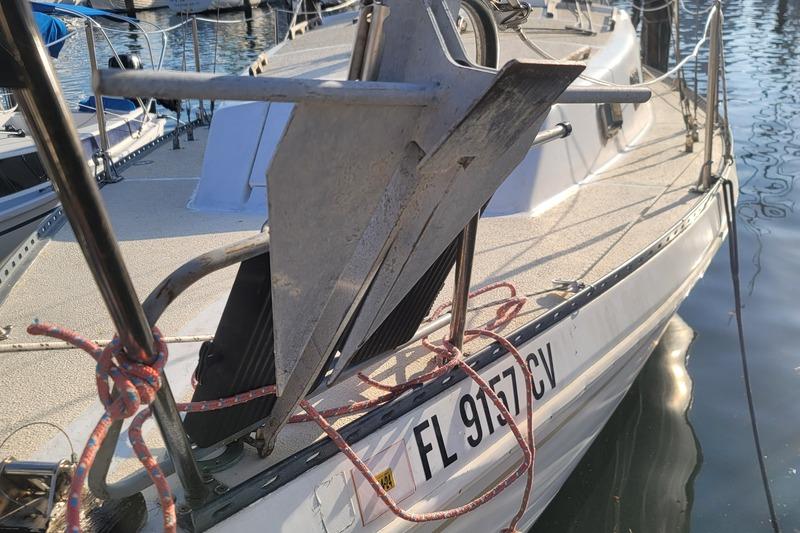 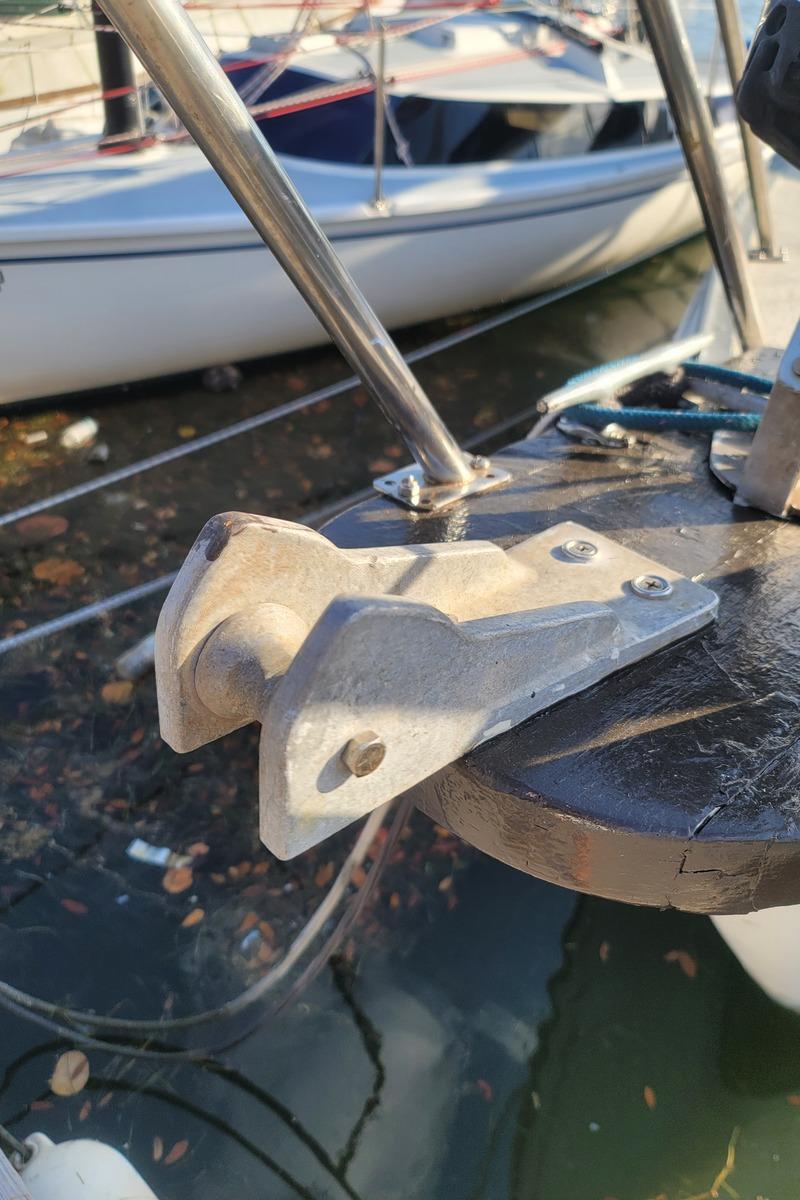 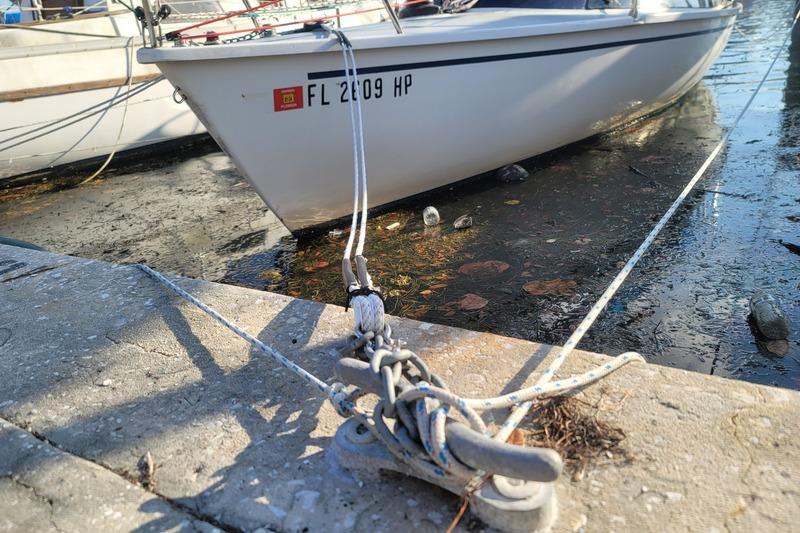 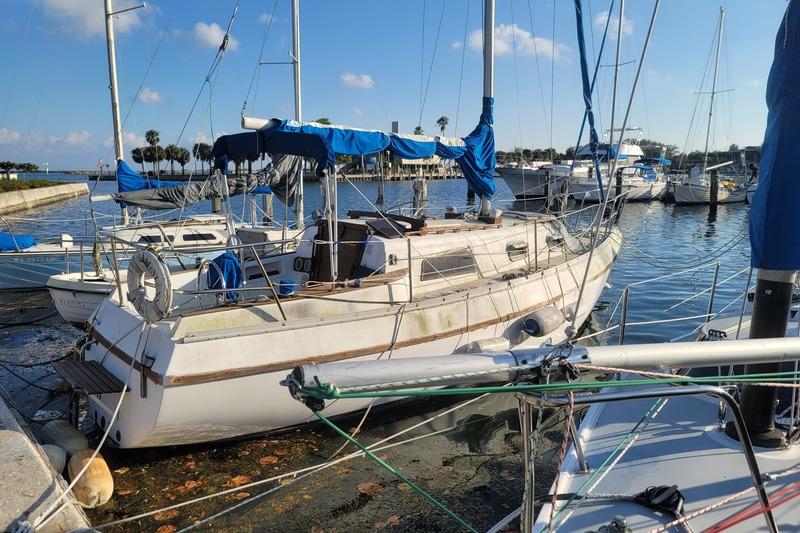 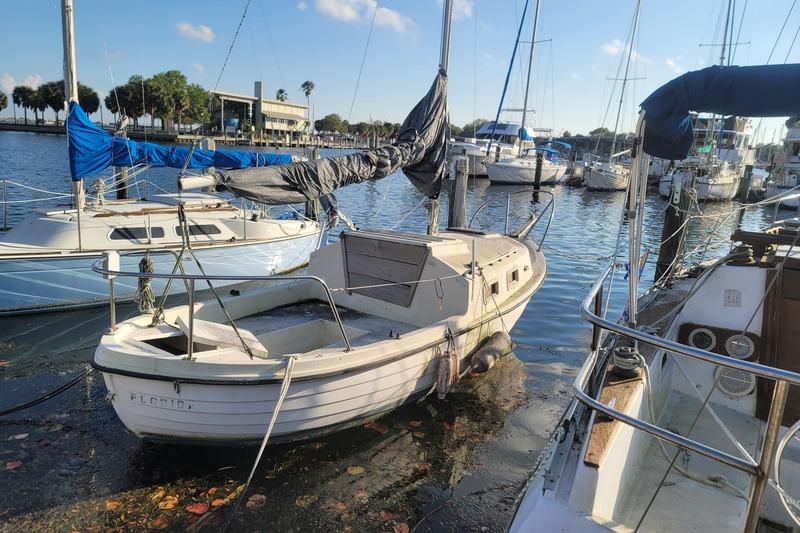 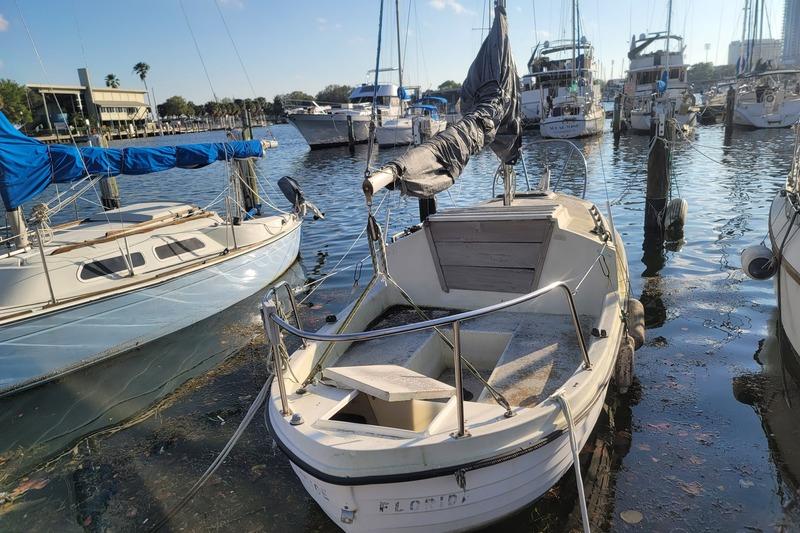 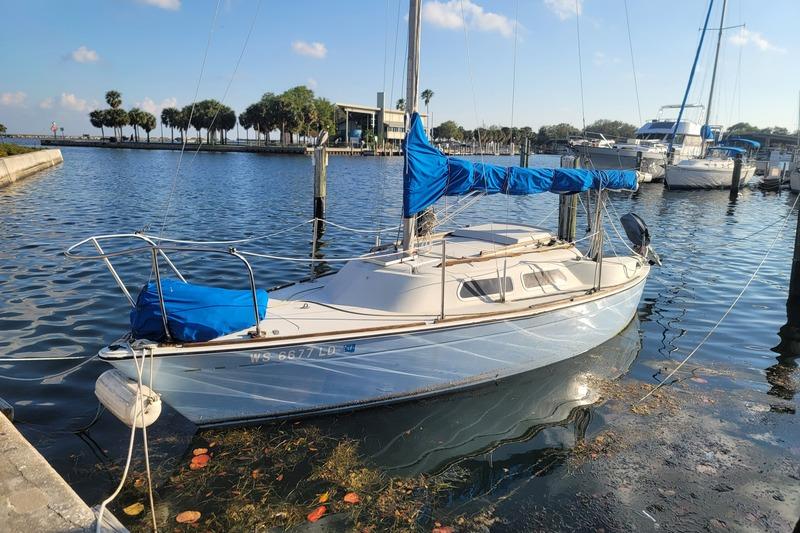 In the back of a gas station in Flippin, Ark., in 1968, Forrest Wood built the world’s first modern bass boat. A guide on Bull Shoals Lake, Wood used a heavy wooden boat and thought he could do better. That year he built six boats. The next year he built 600. Then, in 1970, Ranger built 1,200 boats, and the bass fishing world has never been the same. Fifty years later, the evolution of the bass boat brings us to the Z521L — the “L” no doubt derived from the Roman numeral for 50. It bears the number of the model it replaces, the Z521C, but from the waterline up it’s a new boat that blends performance, fishing functionality and great ride into one golden anniversary–worthy package. UNIQUE FACTOR
Own more rods than you want your spouse to know about? Just keep a token number of old rods in the garage and store the rest in the Z521L. How many rods can fit? All of them. This year, Ranger designed the starboard compartment on the forward deck to hold up to 7-foot rods, but that’s only the start. The massive center locker can hold 9-footers while the one to port can hold rods up to 8 feet long. Rod lockers tend to be home to biology experiments thanks to the warm, humid environment created by putting wet rods and reels away in a sealed compartment. To prevent this, Ranger did two things. First, it eliminated carpeting in all its compartments, which tends to get funky. Second, its designers created the Power Ventilation Rod Storage (PVRS) system: fans that cycle dampness out through the compartment vents. The fans are controlled via a button at the dash. PERFORMANCE
Bass-boat anglers who are huge Mercury fans are going to freak out a little when they read the next sentence, if they haven’t stayed current with the latest news. This will be the last year anyone can buy a new OptiMax model (save for ones dealers might have left over). Mercury is phasing it out in favor of its new 4.6L platform that’s a V-8 (see Engines on page 24). Bass boaters will likely opt for the Pro XS (250 or 300 hp version) or the 300R from Mercury Racing, which can use a Torque Master lower unit that is more hydrodynamic and has water pickups in the nosecone. But despite two extra cylinders and 1.6L more displacement, the 250 Pro XS V-8 weighs the same 505 pounds as the 250 OptiMax. The new Pro XS even has a built-in growl that will get everyone’s attention. Our test boat was equipped with its max power, the OptiMax Pro XS 250, which worked really well. Like most bass boats, the 521L showed a fair amount of bowrise when I jammed the throttle, before it settled onto plane four seconds later. Although its time to 30 mph of 9.2 seconds was a bit stately, when the OptiMax reached 4000 rpm, the acceleration was frantic and we quickly reached a top speed of 69.1 mph.

HANDLING
Over the years, the ongoing debate has been which model is the best tournament boat, the Z520 or the Z521. Most pros who fish full-time for a living lean toward the Z520 because it’s a little shorter, lighter and faster by a few mph, which comes in handy when 10 guys are running to the same spot. In fact, at this year’s Bassmaster Classic, the top five anglers all used a Ranger Z520. But the angler who fishes in weekend club tournaments or just for fun will probably be better served by the Z521L.

Often compared to a Cadillac, the ride is stable and smooth, even over the moderate chop we experienced on Table Rock Lake near Branson, Mo. The Z521 tends to ride more level and have more hull in the water than the Z520, which makes it an easier boat to drive and more forgiving at high speeds. In truly horrific conditions, which pros on the big circuits are sometimes forced to run in, the shorter Z520 handles better, since its bow tends to ride higher. But when it’s blowing 25 mph or more, those of us who fish for fun tow the boat to a smaller lake or river — or stay home. BEST USES
Some boat buyers might consider pure bass boats, including the Z521L, a “fishing office,” but it’s a damn comfortable one that has features usually not found on a bass boat, including an optional Infinity Bluetooth stereo ($530) and a ski tow ($537), to keep everyone happy.

But make no mistake, everything on the boat is designed to make an angler as efficient, productive and comfortable as possible. Two Ultra-Comfort bucket seats are aptly named. Used to be that only the captain’s chair had a slider, but this year the co-angler gets an adjustable seat as well, which will allow the rider to lock in with the footrest in front of him, for a more secure feeling. Right next to the rider is a running rack that can hold 10 rods at the ready. Even the standard pedestal seat has been improved and doesn’t have the annoying faux headrest that was positioned mid-back. Another height-adjustable seat is available ($463).

Ranger made fishing improvements everywhere. It added more tool storage on both sides of the step-up to the front deck and flared the gunwales to provide more usable interior room. Little touches such as a tray for sandwiches in the built-in ice chest show a high level of detail in its design. At the bow, the primary angler gets a recessed foot control for the trolling motor and can consult up to a 12-inch flush-mounted display. At the helm is room for a 16-inch flush-mounted screen, and the system switches are sealed soft buttons that are hose-proof. The co-angler’s rear deck is plenty roomy, and the divided livewell has two pumps to keep fish on both sides lively. The stern has been reworked and now includes artsy billet aluminum grab handles. PREFERRED SETUP
Buyers who find choosing options to be a tedious task can click the box that includes the ICON bundle option, and bam, the options fairy rains down almost all the available goodies. Doing so results in a $98,995 price tag. For many buyers, it’s probably better to start with the base package, which includes a Mercury OptiMax Pro XS 250 and an MSRP of $70,195, and then ease their way up the options ladder.

The off-the-rack Z521L is pretty impressively stacked, including standard features such as a custom dual-axle Ranger Trail trailer, a new styling group that will probably cause owners to park their boat in the front yard, a Lowrance HDS-7 Carbon display up front and an HDS-9 Carbon at the helm. Those displays will look out of place in the giant spaces that have been created for larger displays, so the optional Lowrance HDS-12 Carbon and HDS-16 Carbon, which cost $2,457 and $3,815, respectively, will be the better choice.

Anglers will want (need) a trolling motor, and the best one Ranger offers is the Minn Kota Ultrex 112 with iPilot, which can serve as an autopilot or a virtual anchor. Ranger is offering it for $2,105, which is $245 less than Cabela’s is charging. For shallower anchoring, Power Poles are great options, and buyers can get one or two Blade Series 8-footers for $2,449 each. For keeping the batteries charged, Ranger includes a Dual Pro triple-battery charger. WHAT I WOULD CHANGE
I wish the windshield were taller and offered better protection from the elements.

WHY I BOUGHT IT
I’m an avid member of Carolina Bassers, a fishing club that holds events all around North Carolina, and I fish in 15 to 20 events a year. My last boat was a 2004 Champion, which I bought new and loved, but it was getting pretty old. Last year I went to an FLW Cup event and saw the ICON edition of the Z521L and really liked it. I spent about three hours a day for the next couple of days checking out everything on the boat and did a lot of research. The dealership owner, Ed Watkins, met me halfway to my house, nearly four hours away, and took my friends and I on the boat for about three hours, and that sealed the deal. I love the size of the boat and how roomy it is. The ride is phenomenal and it makes it really easy to fish. I use all three storage boxes on the front deck for my 20 rods, and it’s really easy to switch from one to another. The service at Watkins Marine is over the top. One time I had a problem and they sent a technician to my house, which was probably an 11-hour day for him. Ed was a member of a NASCAR race team and I know he’s a busy guy, but he always has time for me.