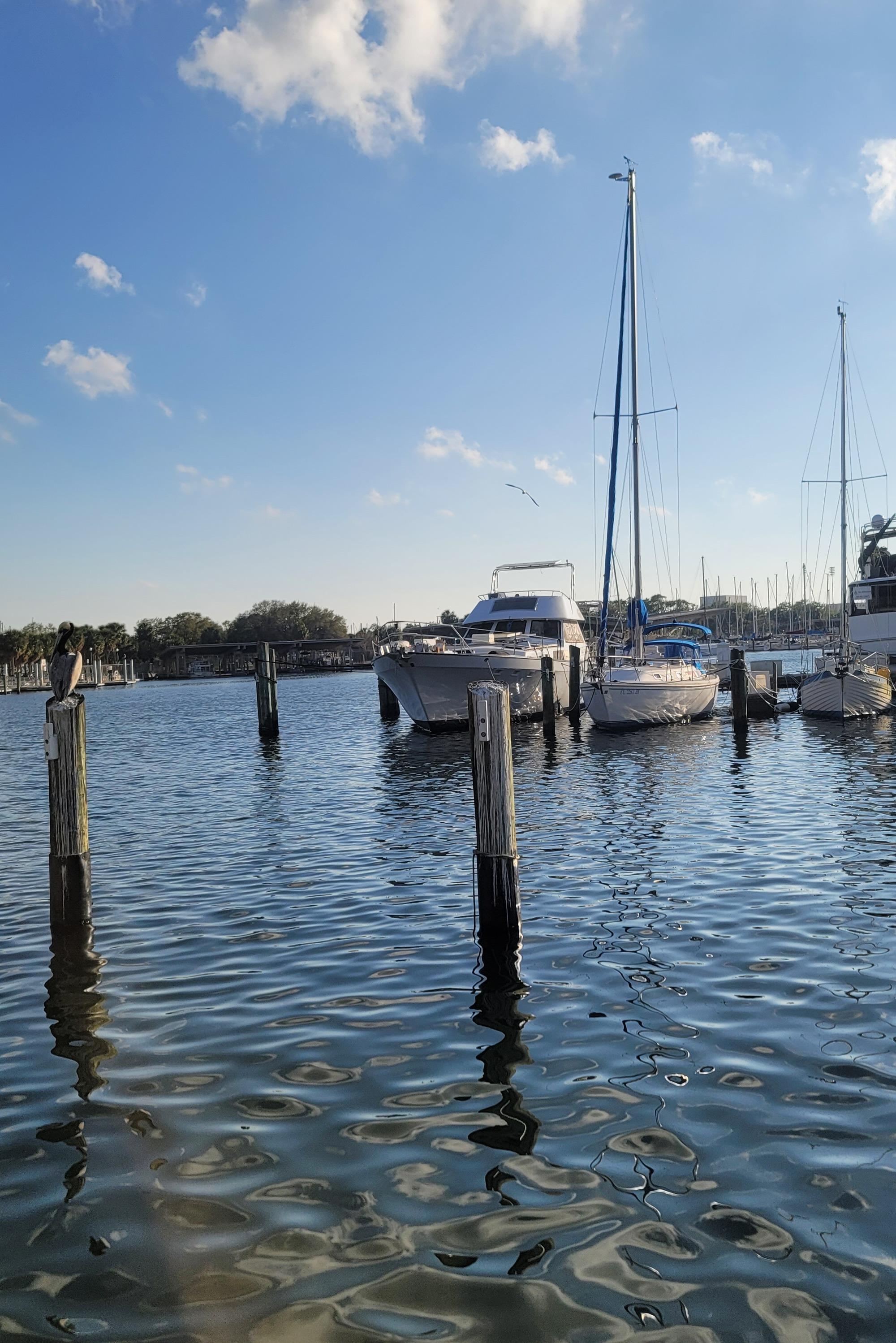 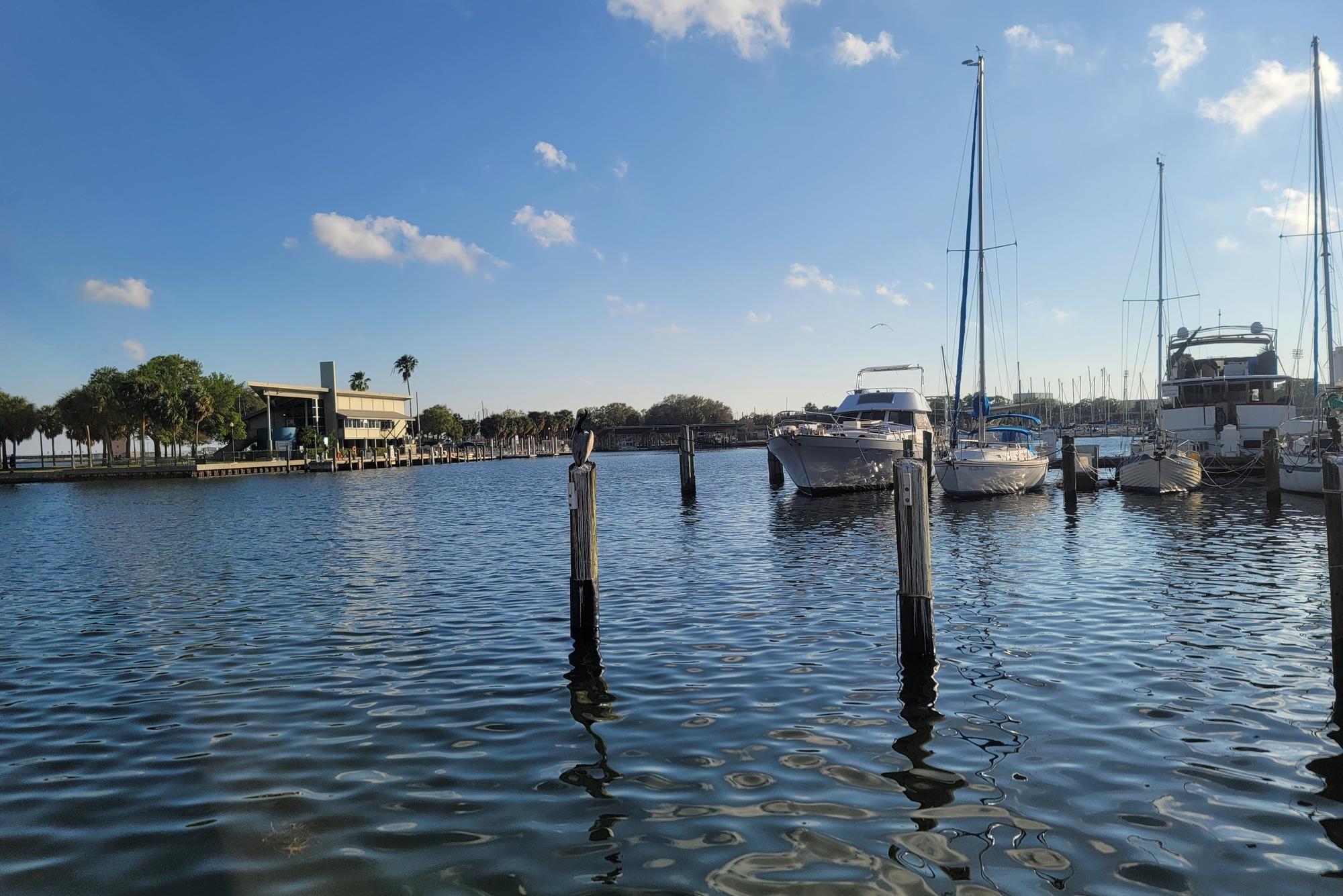 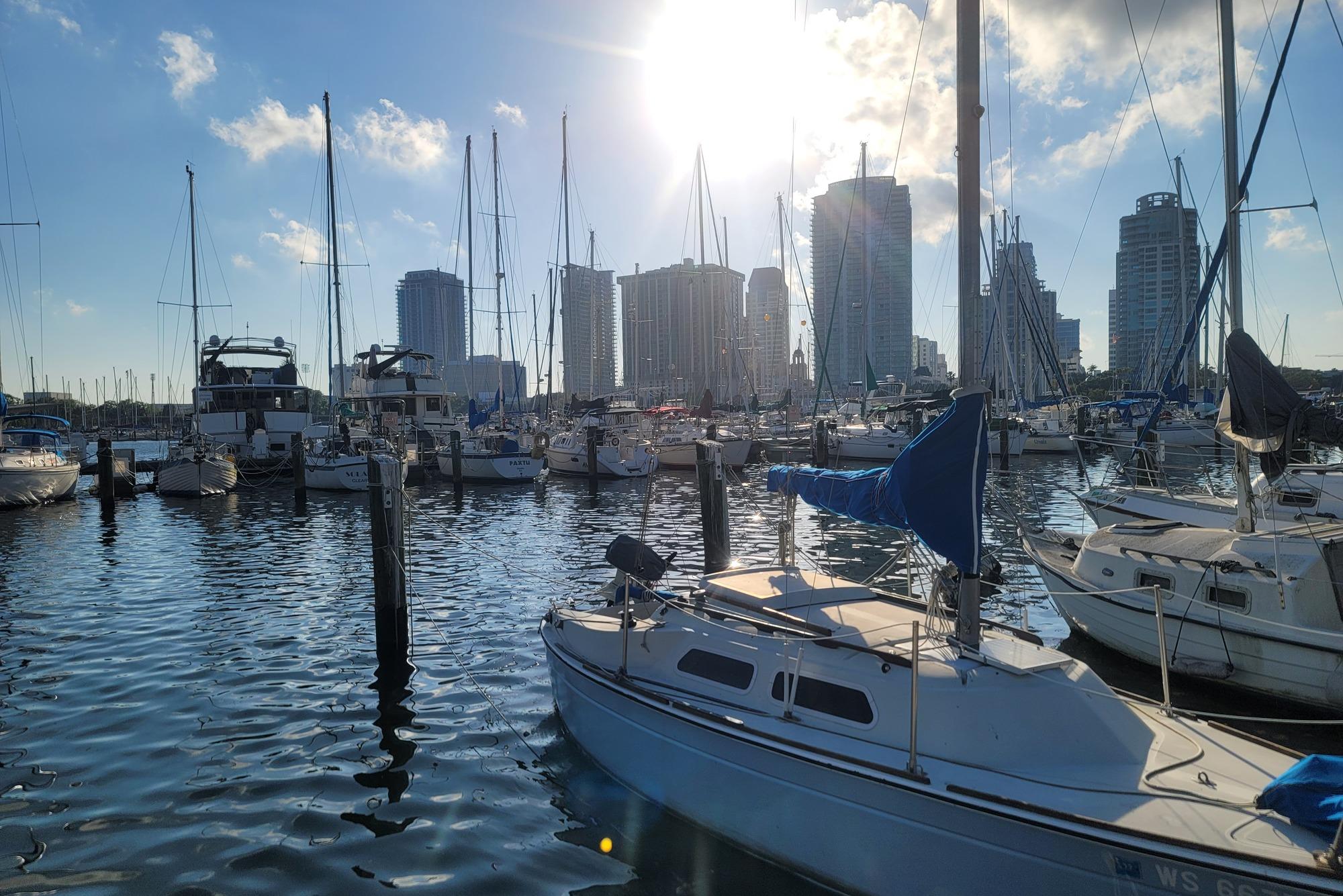 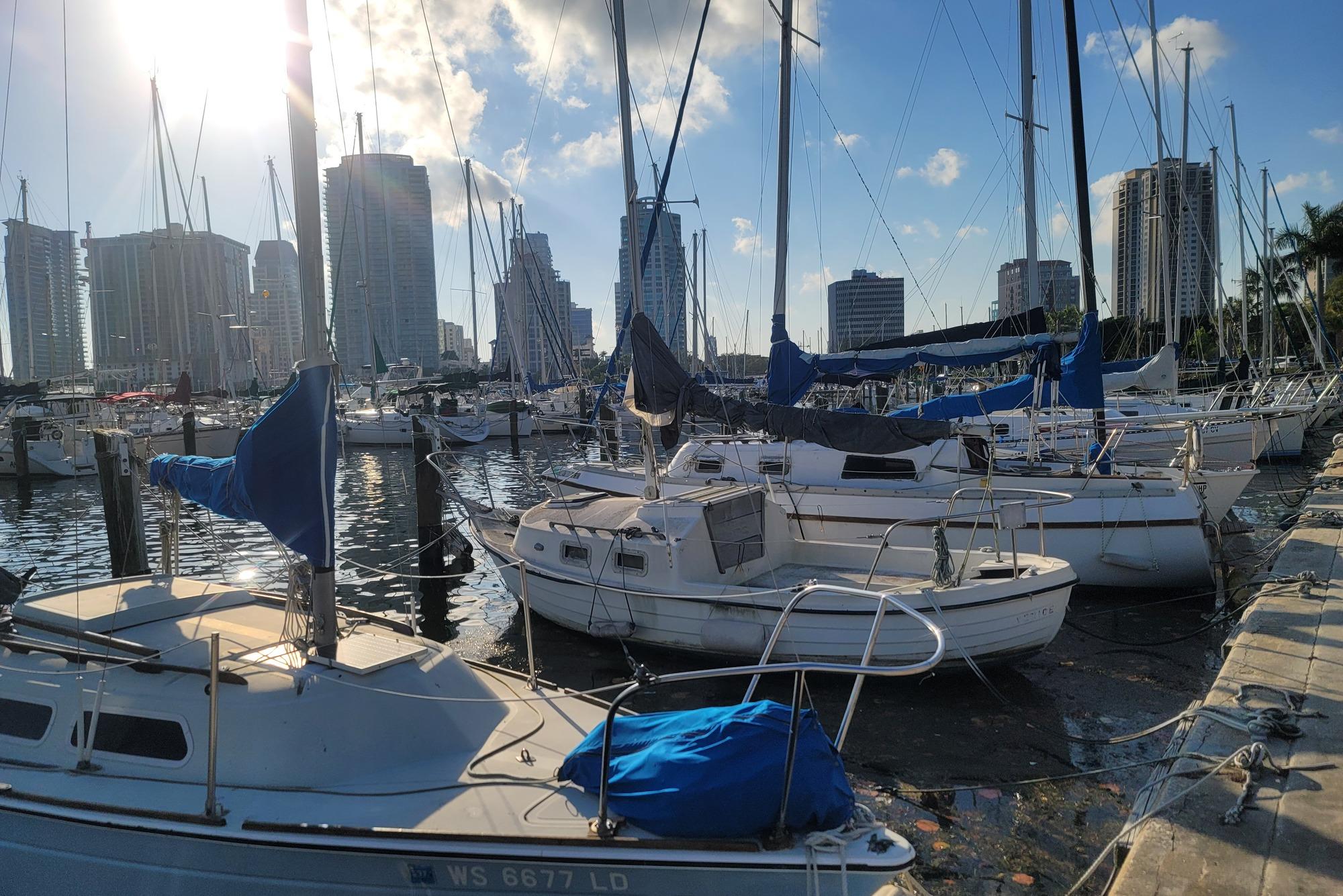 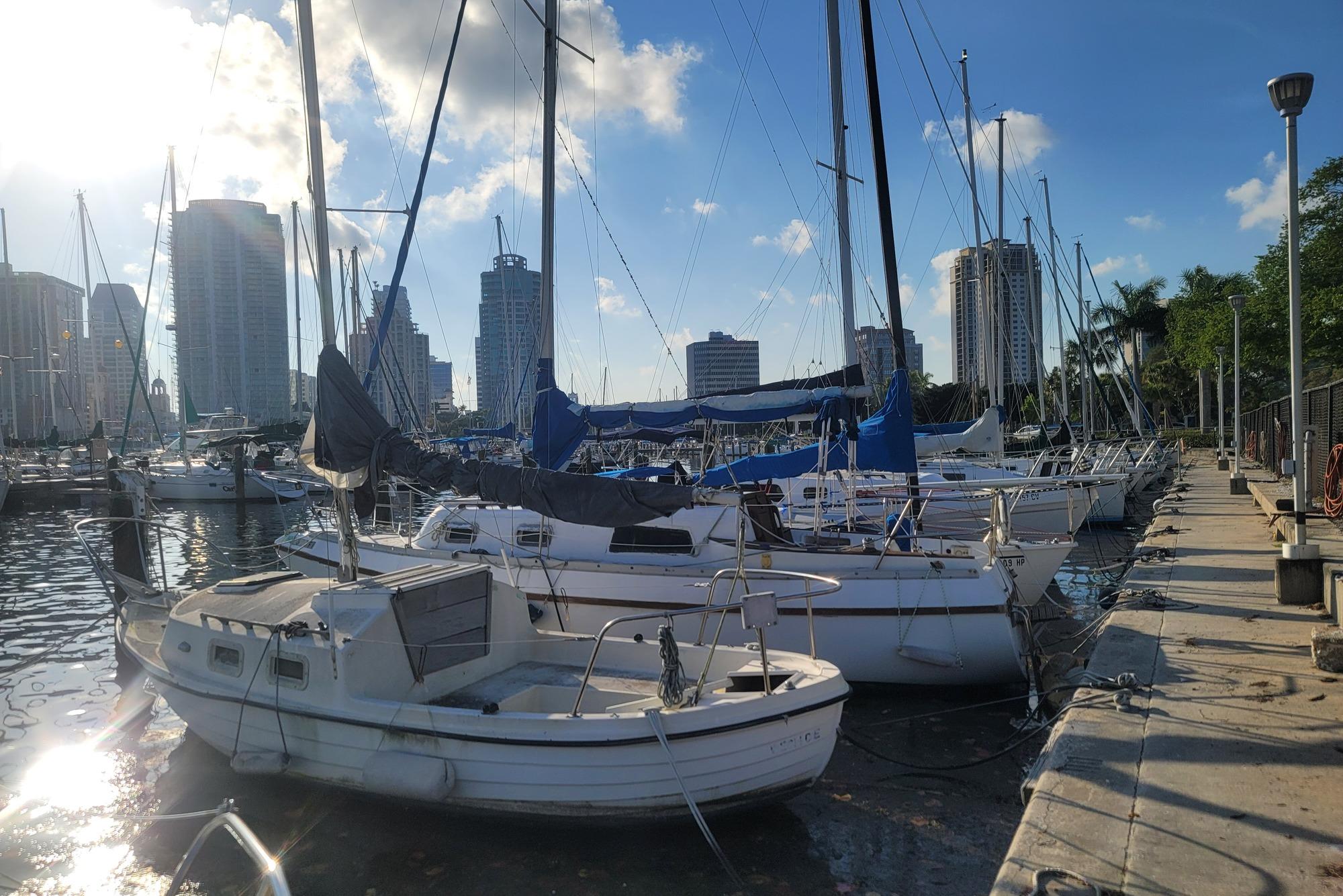 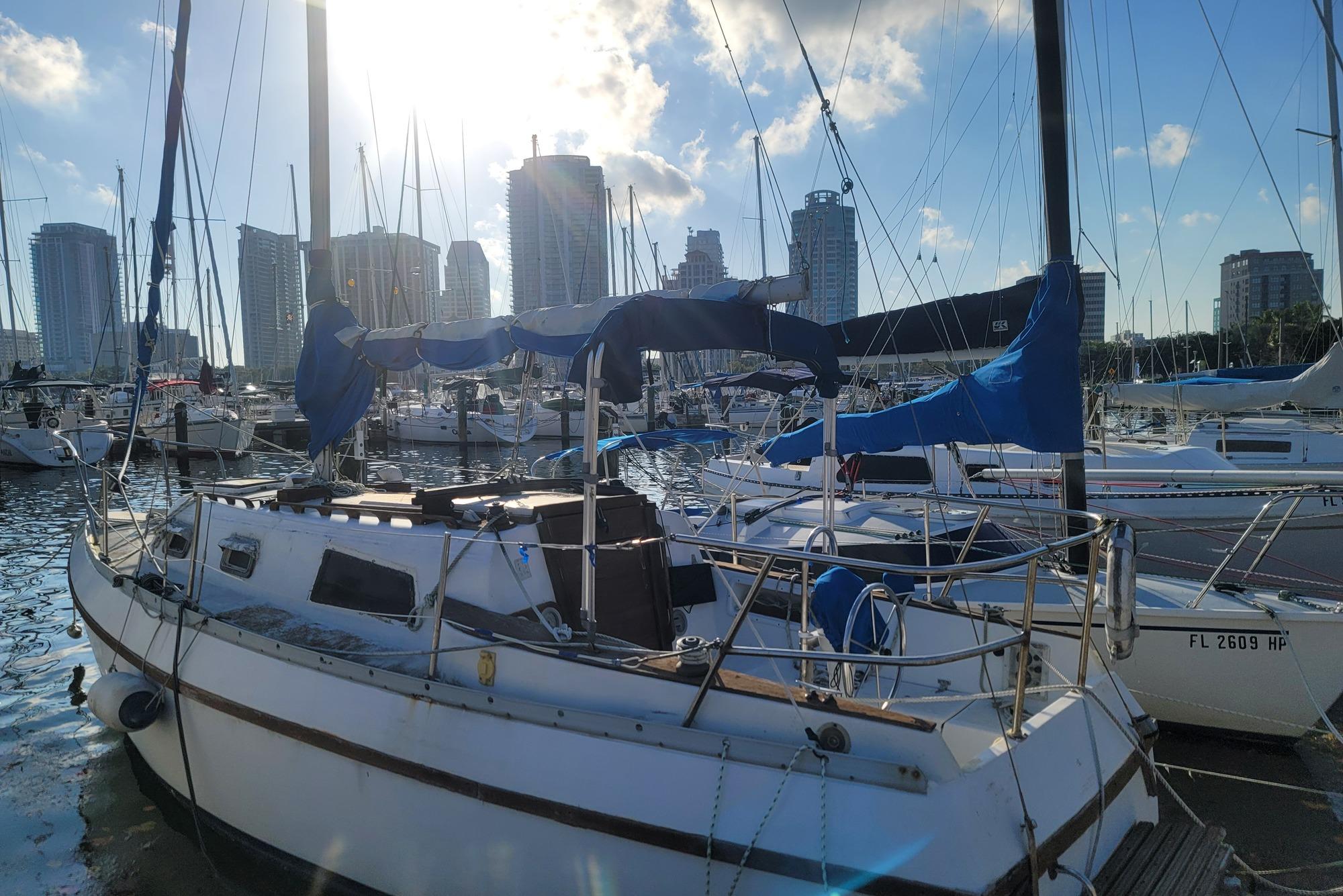 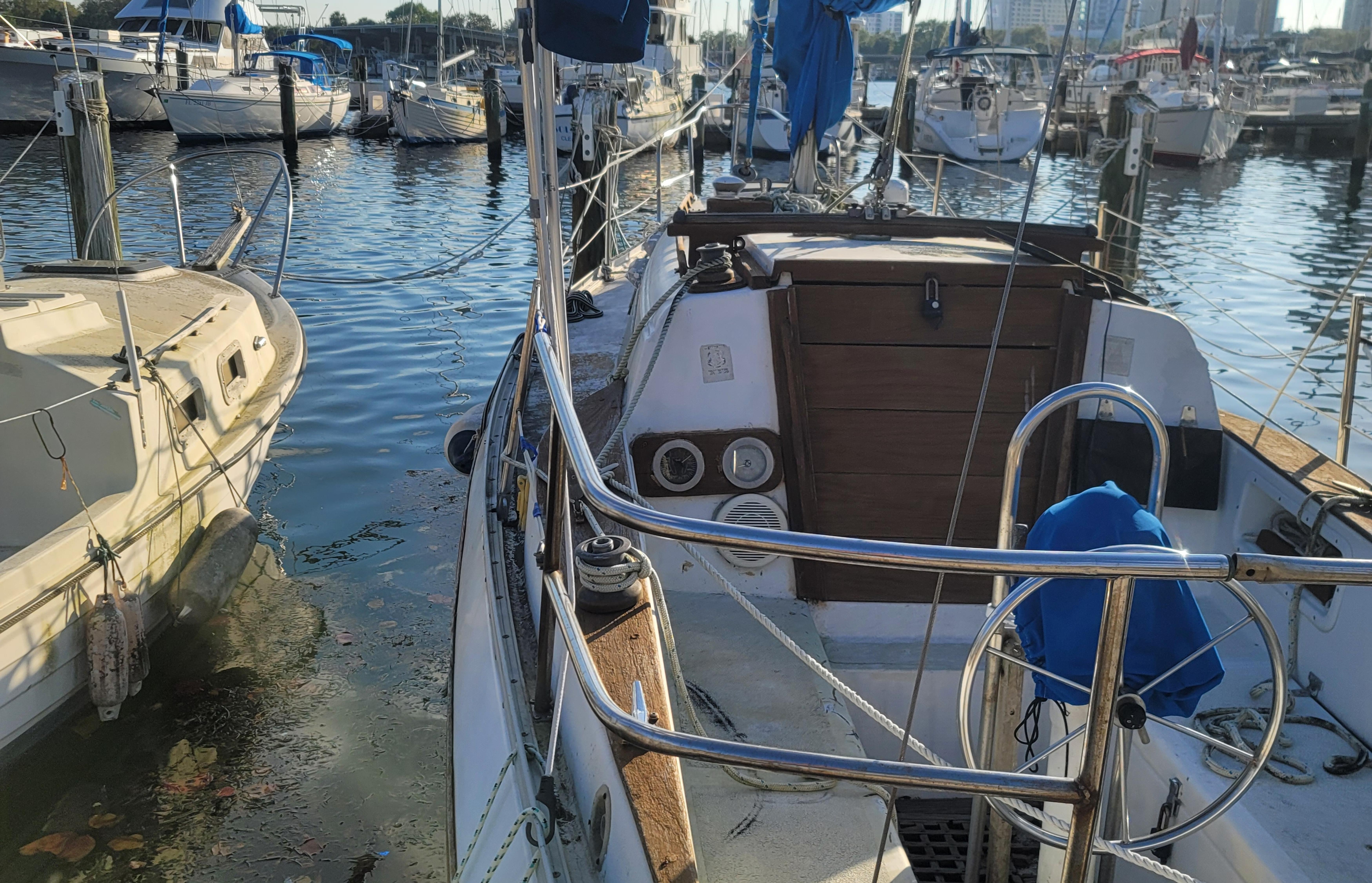 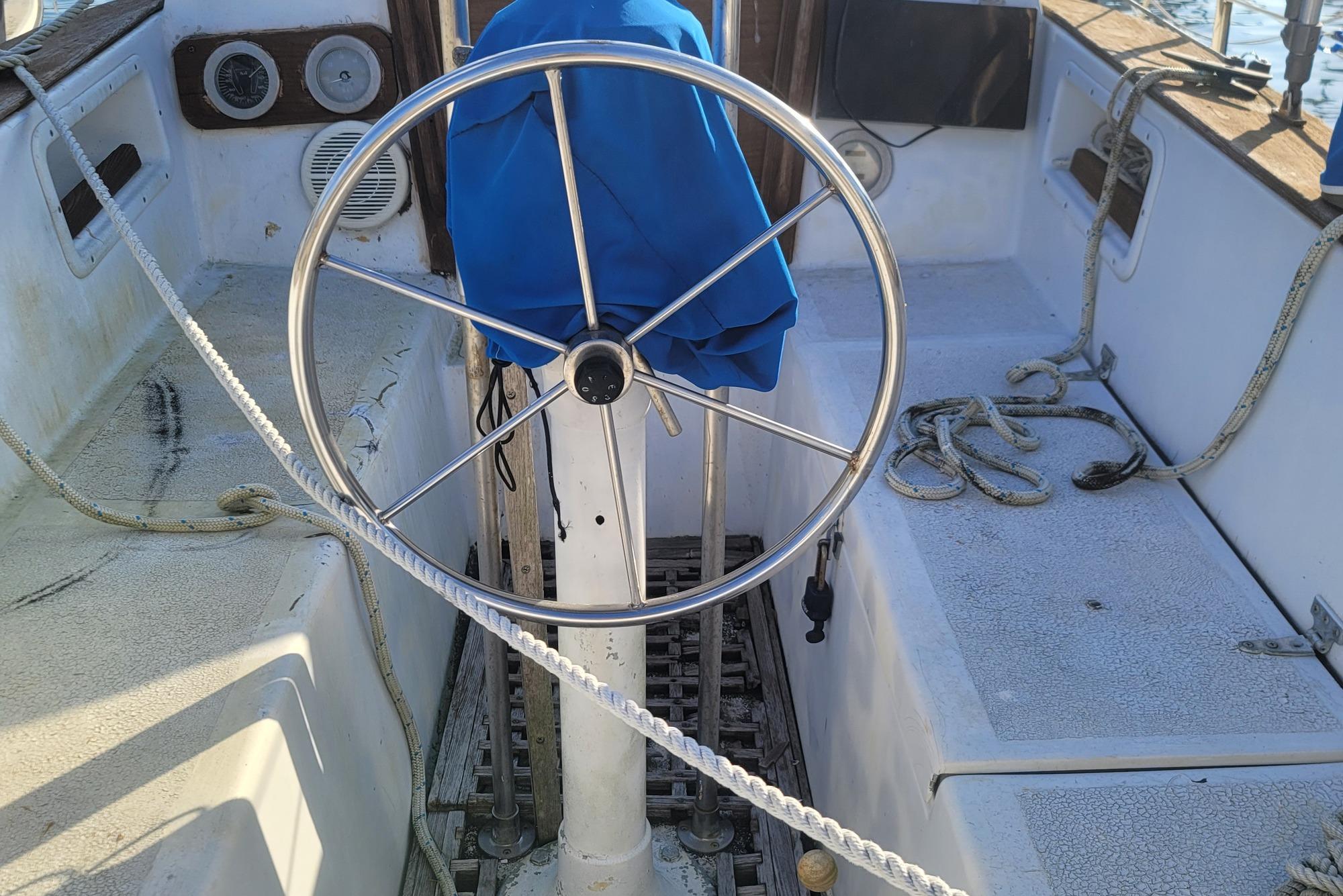 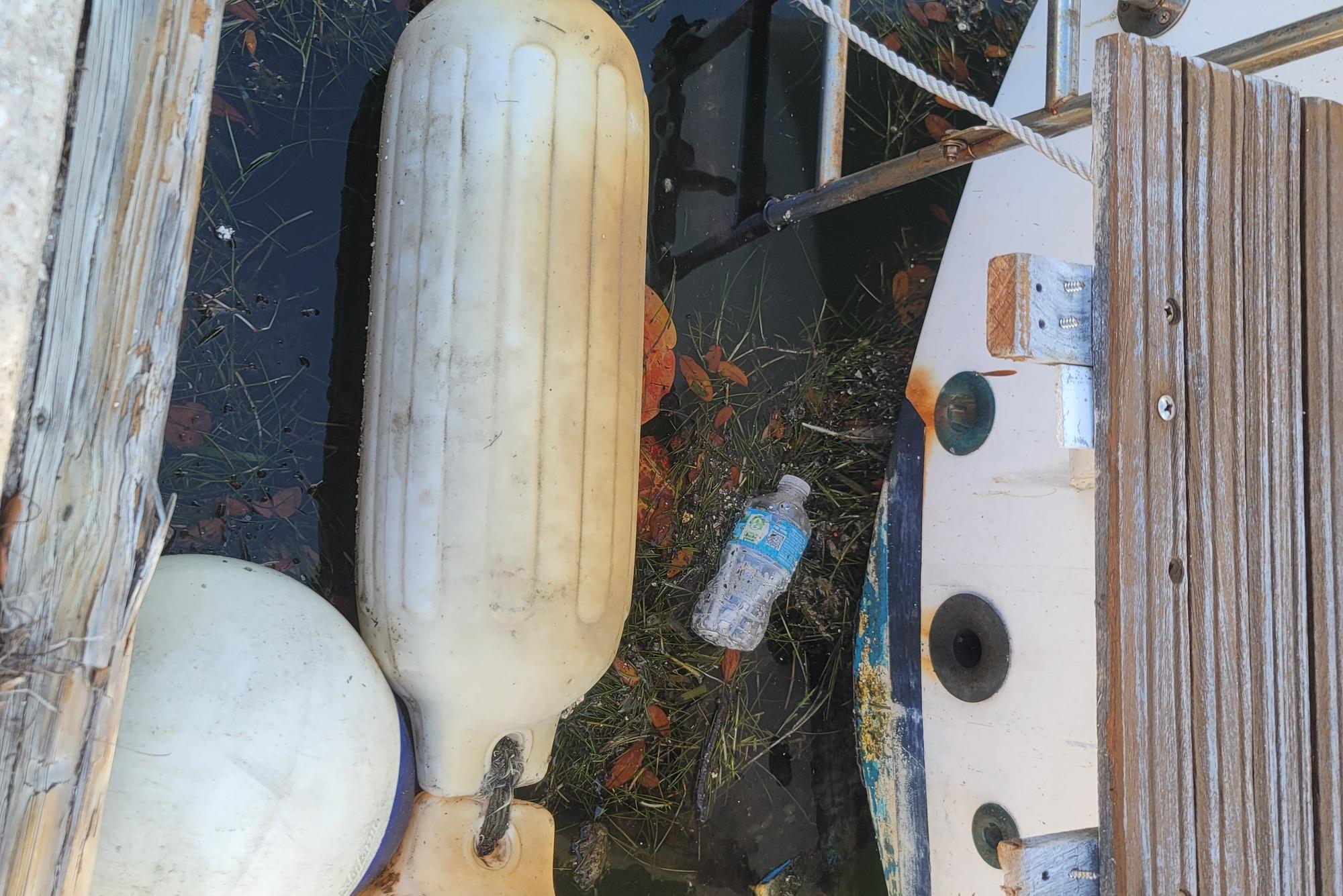 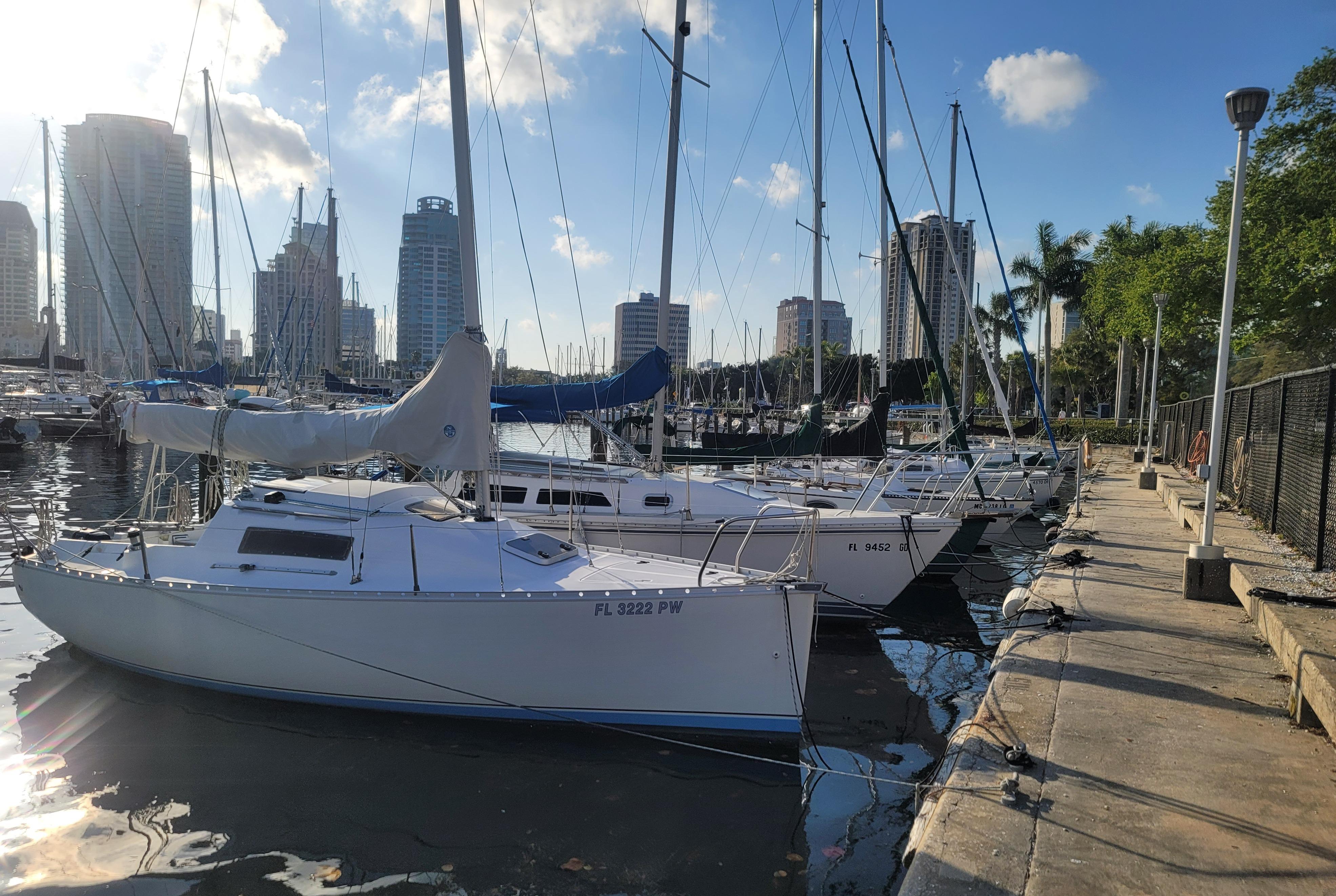 In the not-too-distant past, bowriders were all about nonstop action, and their layout reflected that. Slalom skiing and cruising were high on the list, and not as much attention was paid to wakesports and relaxing with the key in the off position. But as the platform evolved, wakesports and entertaining became greater priorities, a call answered by the Regal 25 RX. Space allocation is a tricky thing. Any space given to one area is space taken away from another area. But robbing Peter to pay Paul usually creates a boat that feels shorted in at least one area. So when Regal designed its 25 RX to maximize space behind the windshield, its designers were careful to leave plenty of stretching-out space on the bow recliners, which have a flip-down armrest that helps passengers feel locked in, for those times the driver suddenly wishes to explore the boat’s handling envelope. The bow recliners feature a hot tub–style seat bottom whose thigh hump is big enough to allow one’s legs to lie comfortably without locking knees. The bow is sharply pointed, which channels a performance boat feel, but it’s not cramped. The cleats sit off to either side of the bow, so some owners might add another cleat at the bow, to encourage an even pull on the hook, but buyers can fix that issue by adding a windlass, which is a $3,305 option.

At the other end of the boat is a huge, uncluttered, extended swim platform that is covered in comfortable SeaDek. Buyers can make it a little more yachty by adding vinyl Flexiteek ($1,295). Like on tournament-style watersports boats, the platform sits really low to the water, for easy coming and going, but unlike most ski boats, the boarding steps reside under a hatch on the port side — the opposite side of the driver.

The aft four-position UltraLounges create the impression the 25 RX is a much larger boat. Thanks to the narrow centerline walkthrough, they are wide enough for two people get cozy on, and they have twin backrests that flip up to form jumpseats, so people can sit with their feet on the swim platform. The UltraLounges and the extended swim platform are the reasons this is a more attractive package than Regal’s similarly sized outboard-powered 26 OBX, which has far less room for fun in back. Our test boat had the smallest available engine, the new-gen Volvo Penta 5.3L V8-300 hp sterndrive, which had a Duoprop lower unit to give it superior bite. Despite being a modest amount of power for a 26-foot, 3-inch boat that weighs a hefty 4,750 pounds, it was plenty to make it perform smartly.

When I jammed the drive-by-wire throttle, the little V-8 pushed the Regal RX 25 on plane in just 2.8 seconds. Acceleration stayed strong as the boat hit 30 mph in 6.4 seconds and quickly reached a 48.5 mph top speed at 5800 rpm. Ratcheting up the thrill factor is easy thanks to a wide variety of V-8 engines, including two from MerCruiser. Buyers can add 50 more horsepower for “free” with the 350 hp version of the 5.3L V-8, but they have to be willing to forgo the Electronic Vessel Control (EVC), which isn’t recommended, so they should get it with EVC for $6,060 more. Volvo Penta also offers a 6.2L V-8 that cranks out either 380 or 430 hp, but going that direction will bump the bottom line by $15,190 and $26,800, respectively, over the 5.3L 300 hp with EVC system. The ride and handling are impressive thanks to Regal’s FasTrac hull design. Hull vents introduce air under the hull for less resistance and create bubbles that “unstick” the hull from the water’s surface tension. The design improves performance and fuel economy and helps the boat’s turning ability, as I discovered during an impressively hard turn — the kind that will surprise passengers who aren’t warned ahead of time. The hull’s 21 degrees of deadrise and pointy snout yield a boat that’s a slicer in the chop, not a pounder. The Regal 25 RX’s cockpit is maximized for passenger space. Its twin upscale captain’s seats have side bolsters and a flip-up bolster on the bottom, to get occupants high above the windshield if they want more air or better visibility. Behind them are lounges that wrap around to a centerline walkthrough that can be closed in with a filler cushion with a backrest ($325), for more posterior parking space.

There’s no entertainment center for food prep or display, so adding an extra-large real teak cockpit table is an attractive option for $895. One of Regal’s clever innovations is the Comfort Curve, which is a cutout in the seat-bottom frames that creates legroom for someone to sit in the corners comfortably.

A lot of head compartments eat up a considerable amount of cockpit space, but this one, to port, is sized just right and has plenty of headroom for even tall “thinkers.” There’s a small Moon Crystal–topped vanity with a sink and a standard chemical toilet with a pumpout. To starboard is the helm station, which on our boat featured a flush-mounted RegalVue touchscreen display ($2,030) that allows the driver to control every aspect of the boat’s systems. The stitched vinyl dash wrap and six-spoke padded wheel added a classy look.

Probably the coolest standard feature is the Power Tower. Its Bimini provides excellent protection from the elements, it tilts down easily and can be dropped while the captain and copilot are sitting in their seat. Standard features are so prevalent that a buyer could check zero boxes on the options list and still be happy. The stereo is party ready with six premium JL Audio speakers, a subwoofer with an amp and a Fusion UD650 Bluetooth stereo head unit with a transom remote. The standard tower is a great place to hang JL Audio coffee-can speakers ($1,525) that can deliver even more kick. Really, the biggest option decision depends on the boat’s use. On the standard 25 RX, all watersports are in play, except one: surfing. Most times, owners who want to surf have to abandon the idea of a sterndrive boat and go with a direct-drive model that will probably have a top speed of 39 mph, no matter how many horses it’s hitched to. But Volvo Penta’s Forward Drive — twin forward-facing props tucked under the hull — on the 25 RX Surf model means those owners can join the very slow wakesurf parade.

All the other options are preferences rather than must-haves, such as the snap-in Seagrass vinyl flooring ($1,160) or snap-in carpeting ($510). For more bling, two metallic sparkle paint jobs are available for $1,740. Underwater lighting is always a fun option, and Regal’s blue light show costs $730. Read about a bigger Regal bowrider, the Regal 29 OBX, from our January 2018 issue. Purchased by Ken and Kelly Cook, plus Hallie, 14, and Kameron, 20, Springfield, Mo.

We wish the swim platform had a grab handle to make it easier to reboard after skiing or swimming.

We bought a Regal 2500 in 2014 and really loved it, but when we saw the new 25 RX we knew it was time for an upgrade. We especially loved the seating layout of this model and use the stern jumpseat whenever we are anchored. We do our boating on Table Rock Lake, near Branson, and like to cruise around and hang out on one of the many coves here. The sterndrive version is far better for coving than the outboard model, because of the huge swim platform. The boat gives us plenty of room to invite guests. Our son, who plays wide receiver for Hendrix College, invited three of his teammates to join us on the lake, and even with eight family and friends on board, we were comfortable. Joe at Table Rock Boats gives us fantastic service. When we bought our boat, there was zero pressure and even after the sale he has been very attentive.