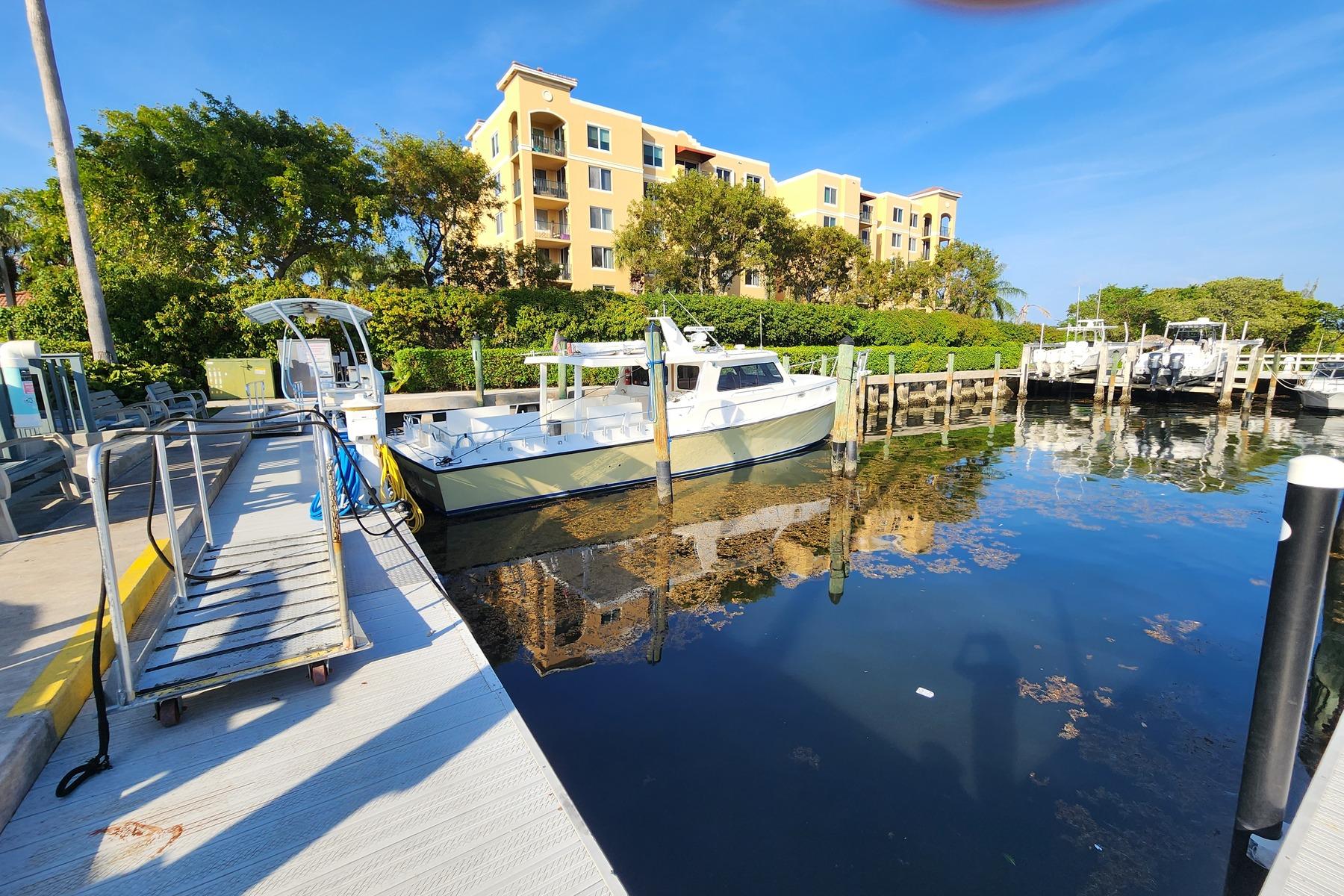 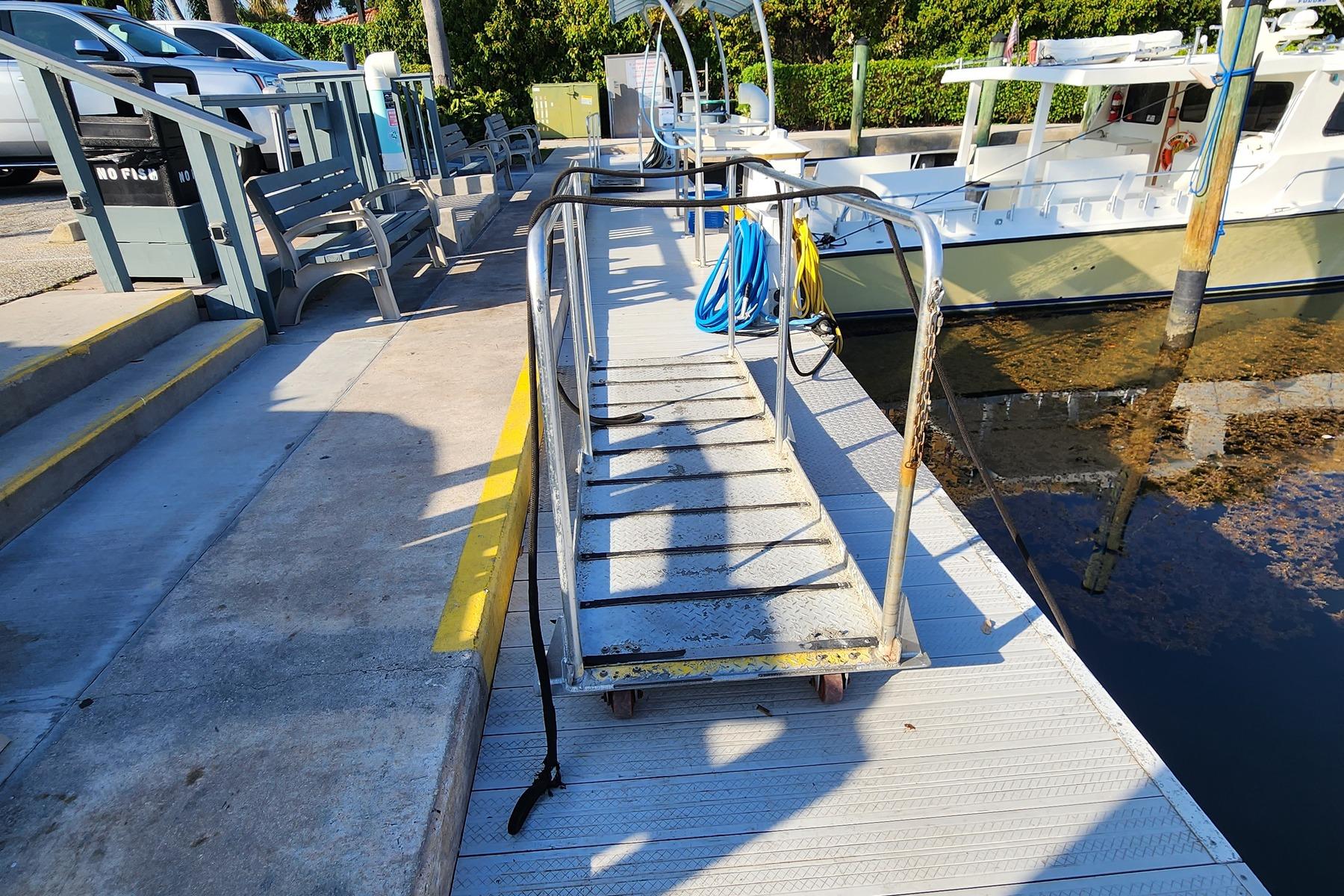 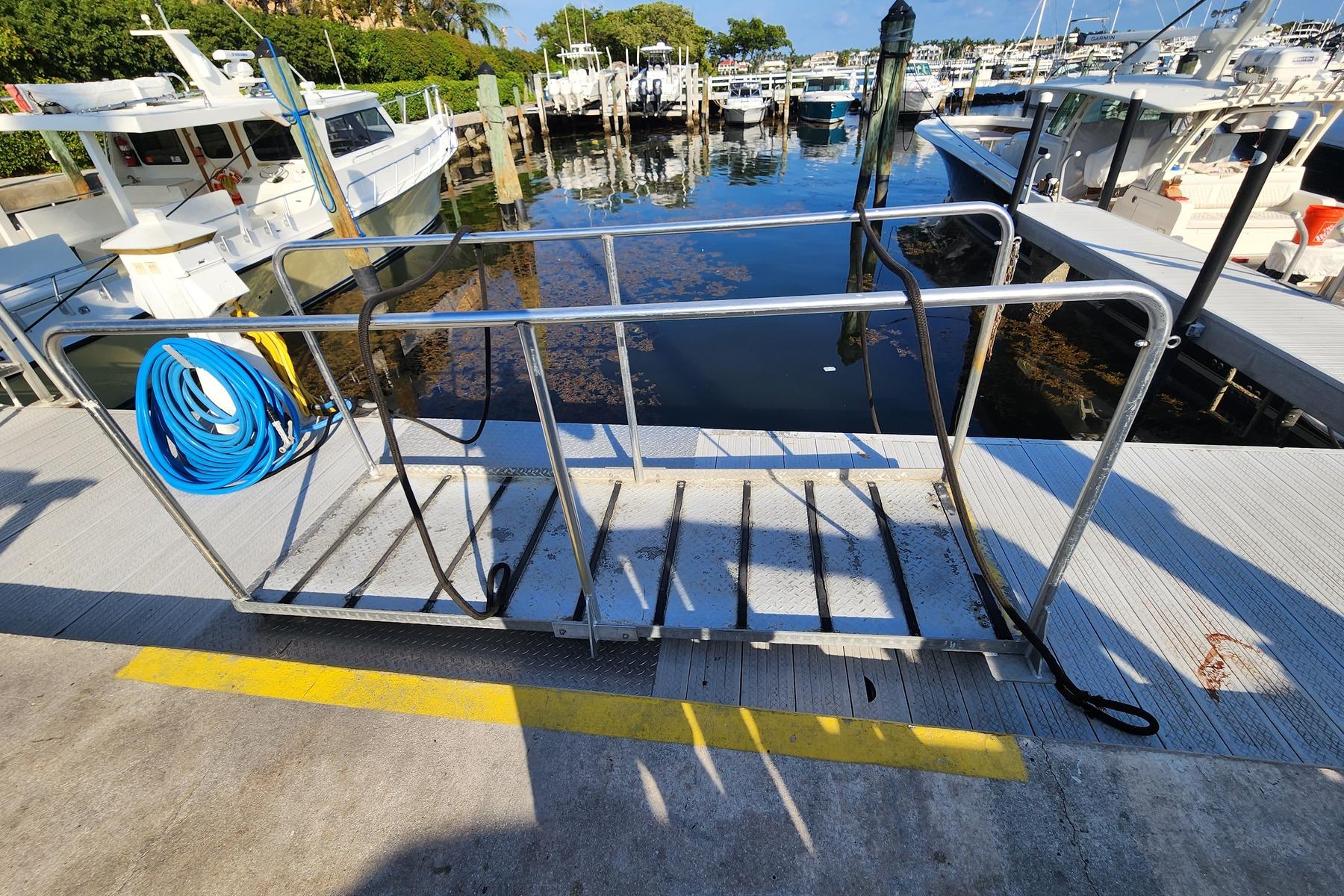 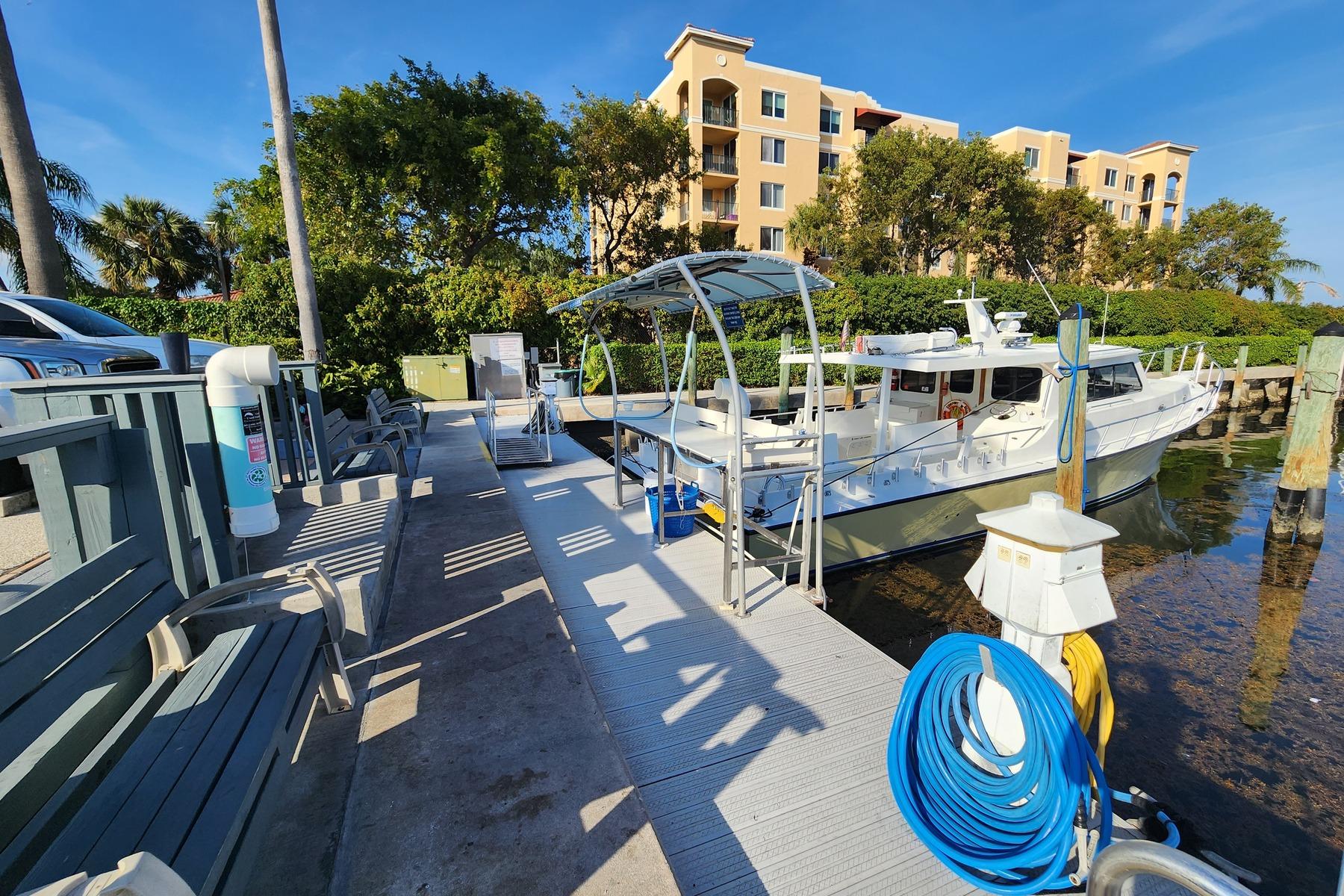 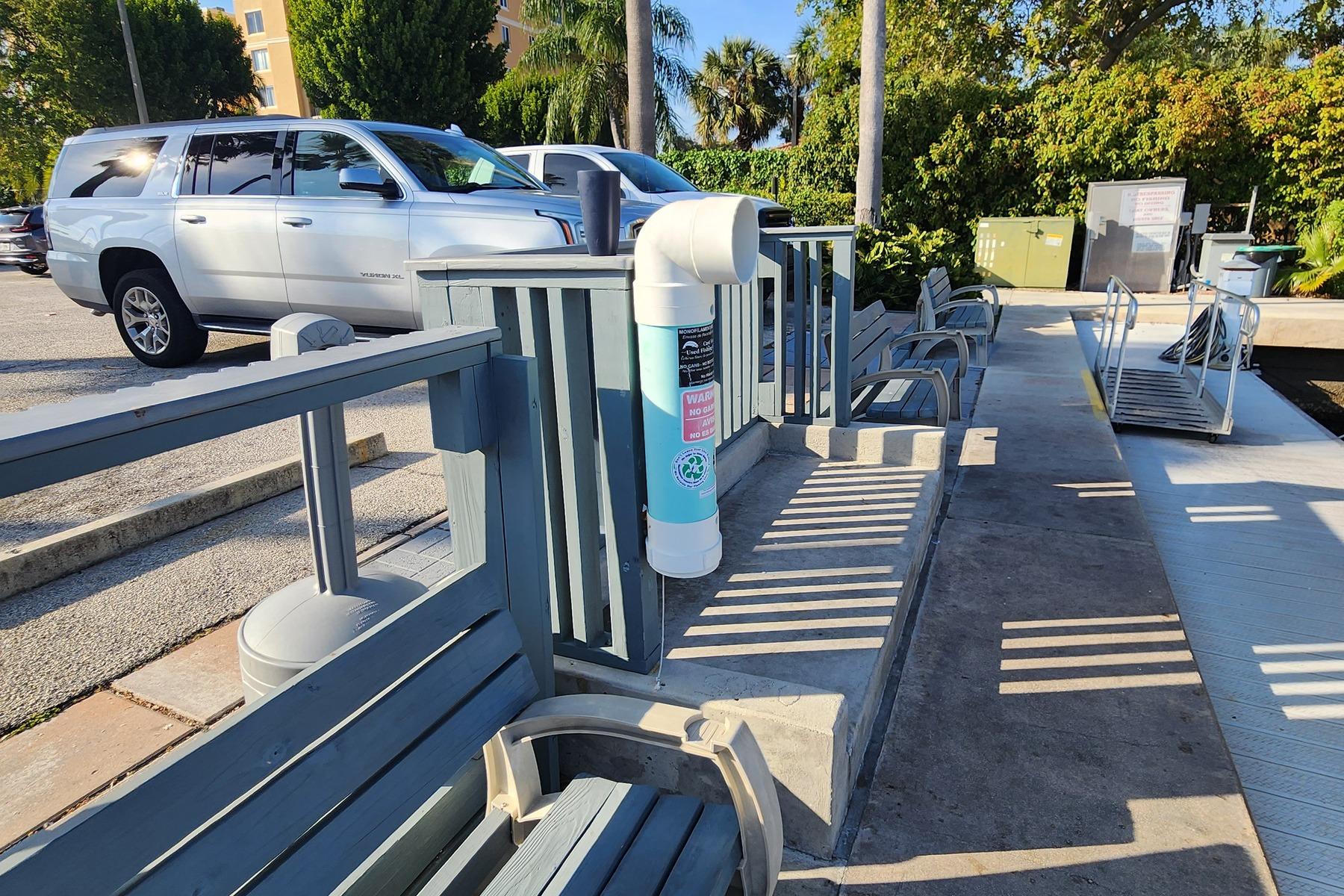 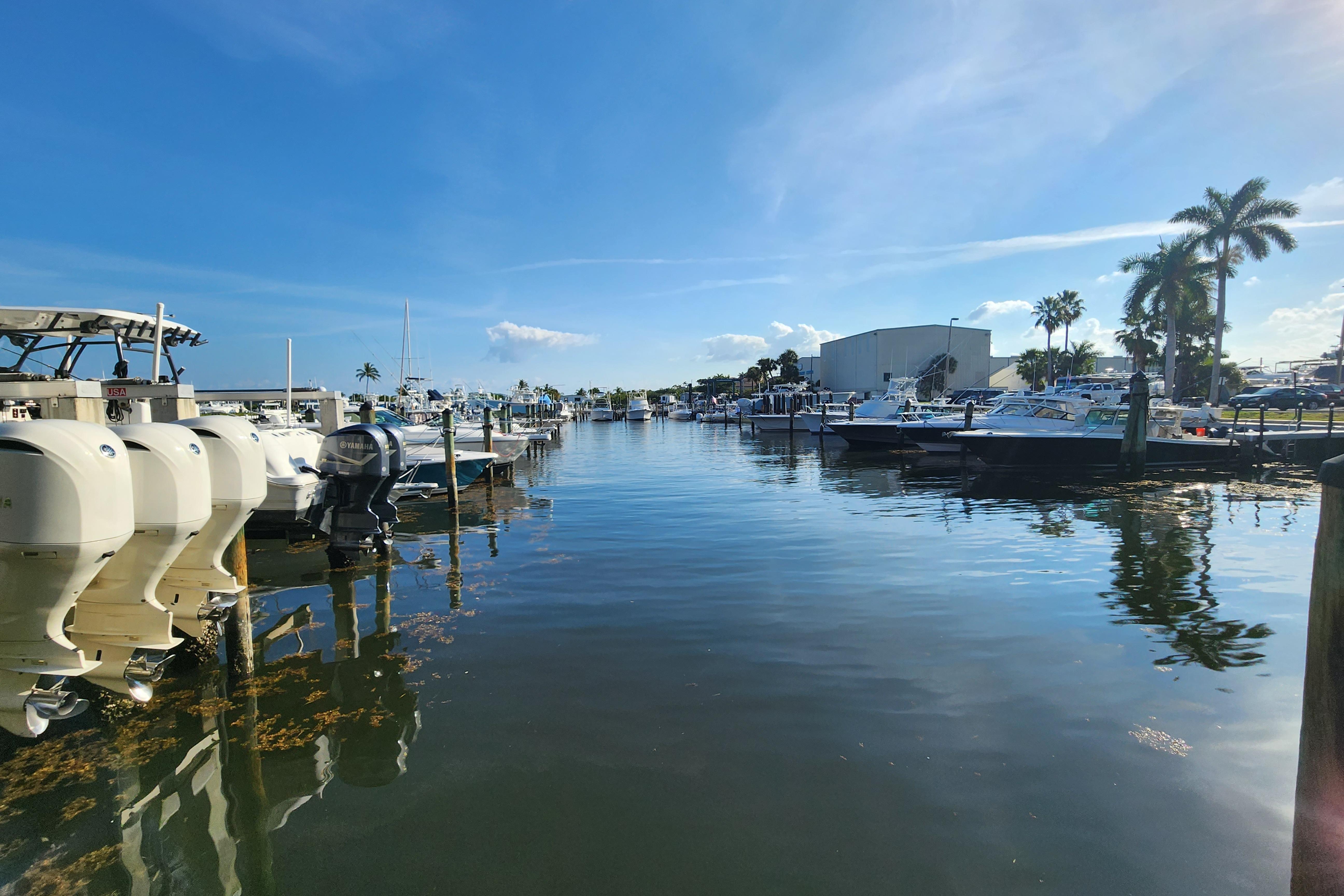 It’s been amazing to witness the evolution of Sun Tracker pontoons over the years. Current models bear little resemblance to the Spartan models that defined the builder’s first offerings back in the early 1980s, though buyers can still get a basic Party Barge or Fishin’ Barge. The luxury factor has definitely been increased. Despite that, the top dog of upscale pontoons for this Bass Pro Shops brand isn’t a Sun Tracker anymore. It’s a Regency. And the biggest and most luxurious of that line is the 254 LE3 Sport.

UNIQUE FACTOR
To show how loaded the 254 LE3 Sport is, the standard features list includes 66 items, while the options list contains exactly five extras, not counting engine choices, and one of those is a trailer. Bass Pro Shops pioneered the nationally advertised “No Haggle No Hassle” pricing program, and this pontoon, which comes standard with powder-coated triple tubes and a supercharged Mercury Verado 250 hp outboard, is listed at $66,995. The no-hassle philosophy applies to features such as the power Bimini top. Most Bimini tops are a pain to deploy, but this model raises at the touch of a button at the helm. The two anchor points per side for the frame are very close together, so the top does wiggle more than most others while the boat is underway, but it’s a fair tradeoff. Another unexpected standard is a rearview camera with a dash display. The driver can face forward and keep track of what’s happening in back.

One of the defining features of the 254 LE3 is a pair of rear-facing recliners that are extra wide and super comfortable — nothing weird on the backrest impeded my reclining pleasure. I’ve never seen one with a speaker embedded within the integrated armrests, so lounging passengers can get their groove on too. The recliners are surrounded by stainless steel fencing, so they are legal to occupy underway, and aluminum fencing won’t block the view. PERFORMANCE
While a Mercury Verado 250 hp FourStroke is a good start for a standard engine, our test boat on Missouri’s Table Rock Lake, near Branson, was packed to the max with a Mercury Verado 350 hp outboard. Considering the upcharge is $5,060, it’s a relatively inexpensive way to get an extra 100 hp. As good of a deal as that is, the incremental bump to 300 hp costs only $2,000, which is probably the power sweet spot for this 27-foot, 5-inch pontoon.

The 254 is equipped with 26-inch tubes — larger than the industry standard of 25 inches — and strakes on both sides of the center tube and on the inside of the outer tubes deliver plenty of lift. Those strakes and tubes, combined with the Verado’s supercharger, resulted in a time to plane of just 2.4 seconds and a time to 30 mph of 6.4 seconds — pretty impressive for a pontoon with a rigged weight of 6,560 pounds. After I trimmed the engine up as much as it would bear without blowing out, the boat reached a top speed of 48.3 mph. HANDLING
With its extra-large tubes, the 254 LE3 Sport is well-suited for larger lakes like Table Rock, a 67-square-mile lake that straddles Missouri and Arkansas. To stay unlost, the driver has a standard Lowrance HDS 7 GPS chartplotter that doubles as a fishfinder. Even owners who don’t fish will appreciate knowing what’s beneath before they drop anchor. I know, because I once lost two houseboat anchors when I dropped them into a grove of trees that was flooded when an artificial reservoir was formed. The driver sits high on a raised platform for better visibility and is aided in his operation by Mercury’s Digital Throttle and Shift (DTS), which makes maneuvers such as docking much easier. Because there are no lifting strakes on the outside of the outer logs, the 254 leaned inward like a sportboat when we cranked it into a hard turn. Like the Energizer Bunny, it kept going and going, carving an impressive turn, until the sport wheel reached its stop. The wheel was easy to turn thanks to the Verado’s integrated power steering system, which is a standard feature on six-cylinder models. It’s quiet too, because the dampening hose eliminates the whirring pump sound that’s really evident at slow speeds on most other models.

BEST USES
The Regency majors in luxury entertainment and cruising and holds a minor in watersports. Tracker used to make Party Hut pontoons that were up to 32 feet long, but the 254 LE3 Sport is now the longest in the corporate pontoon fleet and can handle groups up to a dozen people. Regency uses plush Soft Touch upholstery over multidensity foam to provide passenger comfort. The furniture puffs over the top of the powder-coated black metallic rails like a rising soufflé, and the seat bottoms are scalloped to make them more interesting to the eye.

The fencing had the new Black Metallic Diamond Coat finish, to add some flash, and our boat featured the Cognac upholstery choice, which does get warmer to the touch when the sun is blazing, compared to the other choice, Platinum (dove gray). Vinyl flooring can get really hot in direct sunlight, so our boat (and all Regency models) had Cool Touch flooring, which eliminates that walking-on-hot-sand feeling on shoeless feet.

The 31-inch portside boarding gate is wide enough to accommodate a wheelchair and there’s enough space to park a wheelchair in front of the companion captain’s chair, in case anyone in the family or circle of friends requires one. For more seating up front, two really long chaise lounges have curved ends toward the bow, so people can recline racing aft. For skiing, there’s a removable ski pylon that screws into the rear deck, which itself isn’t huge but, thanks to the motor bracket, it’s all usable space. An 88-inch-long in-deck compartment can hold skis and the unique cockpit table, which has a faux teak surface that looks cool and keeps items from sliding around. Lighted cupholders and mood lighting add to the nighttime ambiance. A Kenwood Bluetooth stereo system can handle the tunes. PREFERRED SETUP
This will be a shorter-than-normal paragraph due to the loaded nature of the 254 LE3 and its paucity of options. To boost its mealtime appeal, Regency offers a rail-mounted gas grill for $315. To turn the 254 LE3 into an all-weather boat or transform it into a floating motorhome, a $4,715 full enclosure is available in a choice of three colors. For road trips, a dual-axle trailer can transport this Regency ($4,295). To increase the shade factor, a forward Bimini costs $1,800. For a custom look, Mercury Marine offers the Verado in Warm Fusion White ($1,600). Although any boat can be fished from, if fishing is high on a buyer’s agenda, perhaps a Fishin’ Barge from the Sun Tracker line would be more appropriate.

I wish the front and rear decks and the fuel tank were bigger.

We bought a runabout 12 years ago from Stokley’s Marine, but with three kids and nine grandkids, we needed more room. We loved the spaciousness of the Regency and its comfortable seating. We’ve had up to 13 people on it at one time, and everyone had a seat. We do most of our boating on Lake Cumberland and go out every weekend we can. We love to pack a lunch or grill out, and once we get out on the water, we stay all day. It’s a huge lake — 1,255 miles of shoreline with countless coves — so it’s a great place to explore. We like to cruise around and find a place for the kids to swim. They also love to tube and ski, and even with lots of people on board, pulling up a skier is no problem for the Mercury 300 Verado. Even though the Regency 254 is a pretty large pontoon, my wife and I have no problem putting it on a trailer. We have a great relationship with the folks at Stokley’s Marine. They are really great people who take excellent care of us.

One thought on “Anything but Standard — Regency 254 LE3 Sport”