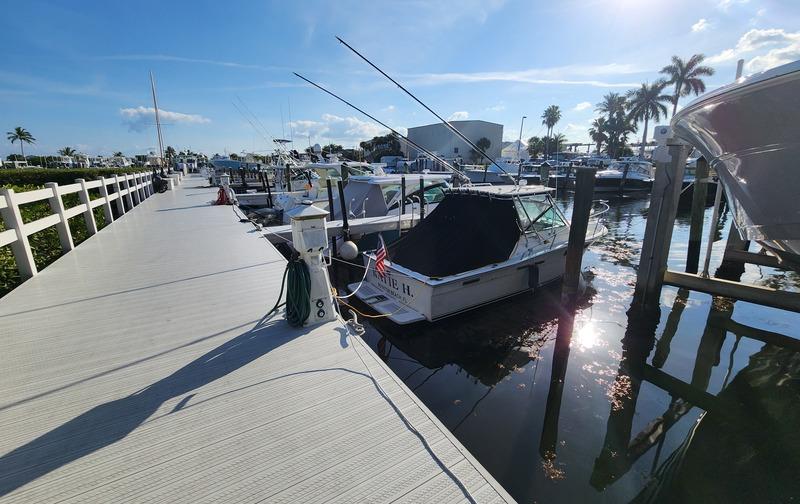 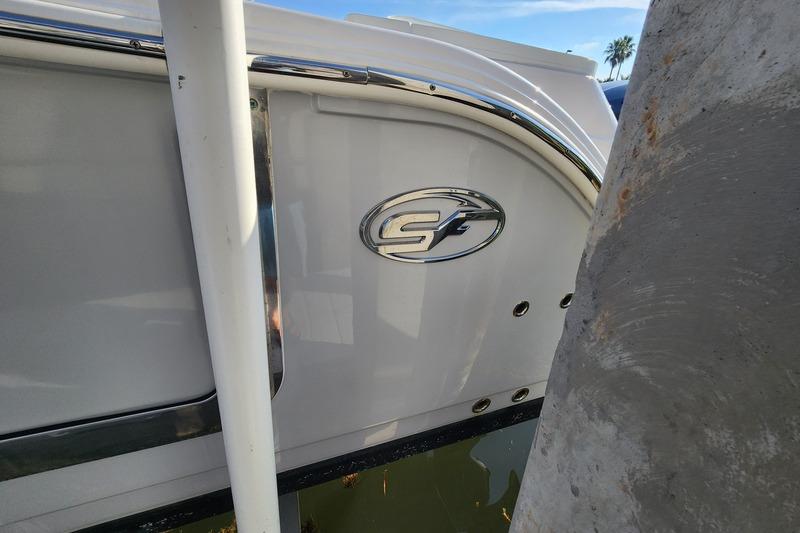 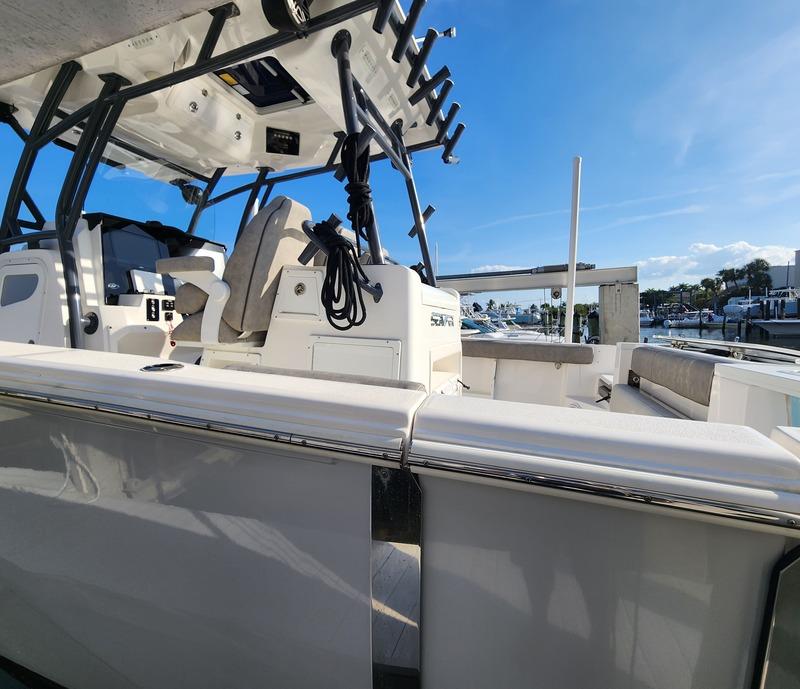 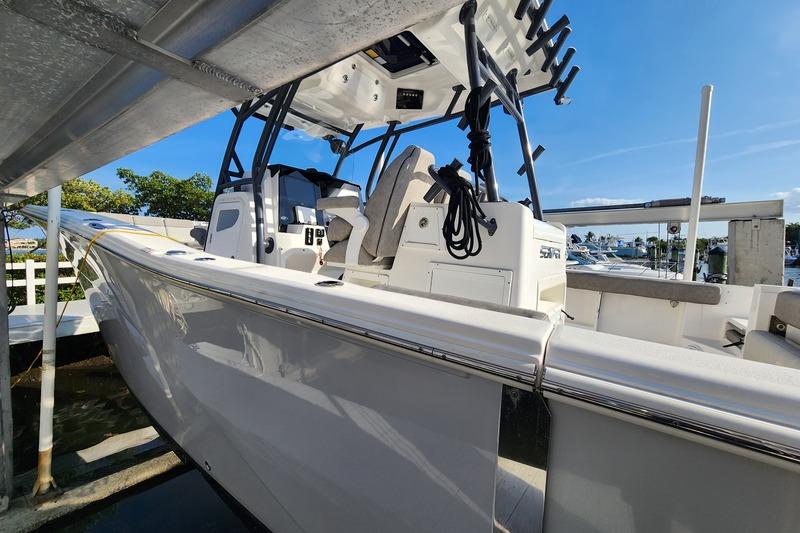 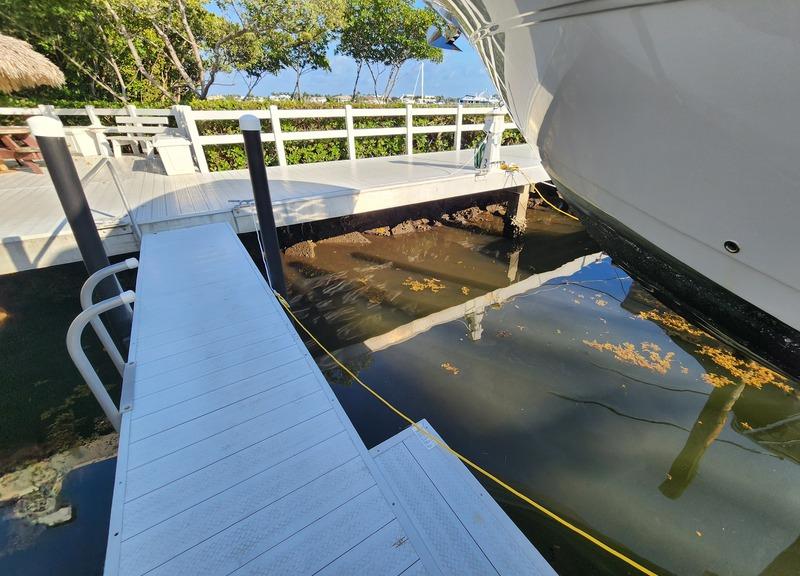 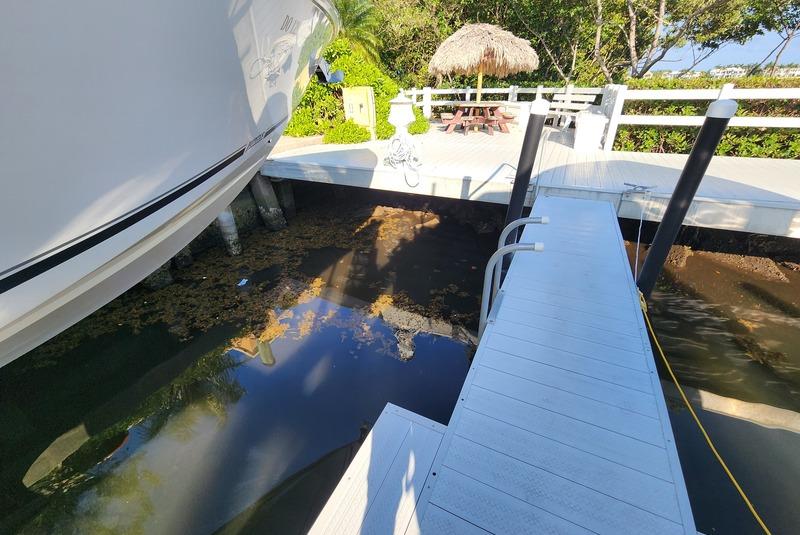 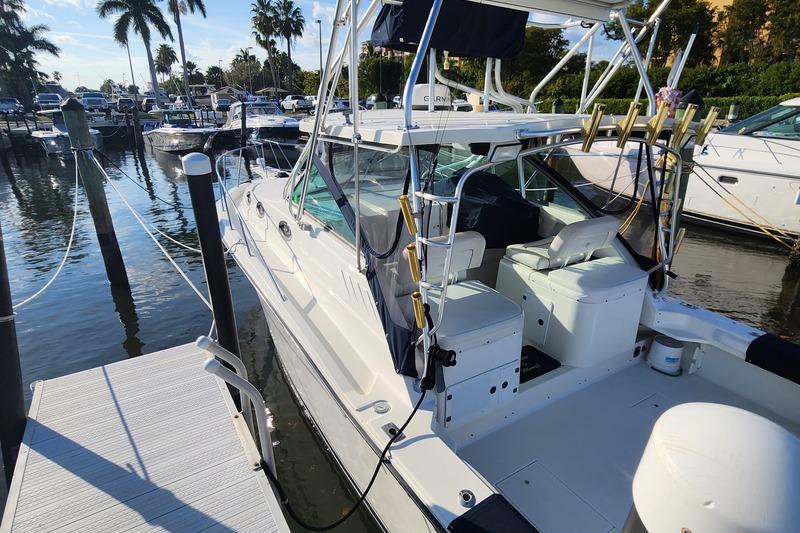 As I peer down at the Colorado River from my 13th-floor (marked 14 for the benefit of triskaidekaphobics) room at Harrah’s Laughlin Casino in Nevada, my eyes catch the movement of violently agitated palm trees and Sea-Doo banners as they flap furiously in the breeze on the beach of the churning river. Apparently, we have angered the gods of press events, but at least our run to scenic Topock Canyon near Lake Havasu promises to be a good but stern test of Sea-Doo’s latest technological breakthroughs.

ST3 HULL
In all, nearly 20 riders are in our gaggle, with skill levels that range from rookie to racer. I’m somewhere in between. We have virtually every model in the lineup at our disposal. Owing to old age and treachery, I am first to arrive at the test fleet of Sea-Doos. I want to snag one of the new GTX Limited luxury models, which come in 230 hp and 300 hp variations and feature the newly-developed ST3 hull, which is a hybrid of its S3 and T3 hulls. This new hull is also shared by the two RXT models in the Performance lineup and the Wake Pro 230. Like the T3 hull, which is still used on the RXP racing models, the ST3 hull features a wave-penetrating 22 degrees of hull entry to about amidships. But unlike the T3 racing hull, whose soft, rounded chines promote ultra-aggressive turning around buoys but make it more difficult to ride with two people or take large waves at an angle, the ST3 hull has hard chines that promote side-to-side stability. New strakes enhance straight-line tracking, and a second set of chines farther back adds an inch of width for better stability both at rest and in heavy sea conditions.

This hull replaces the S3 hull, which was a breakthrough hull for Sea-Doo in 2008 and set the standard for stability and ride through the chop. Since Sea-Doo discontinued its Intelligent Suspension system in 2017 — likely because of the cost, weight and maintenance hassle — the ST3 hull is a welcome development.

Although whitecaps are licking the surface, I am immediately impressed by the smoothness of the ride. The GTX Limited 300 weighs 847 pounds, which gives it a substantial feel as it slices through and over the chop, but even this most luxurious model weighs only 19 pounds more than its RXT-X 300 Performance stable-mate, which shares the same 135.9 inches of length and 49.4 inches of width. It’s also longer and wider than the GTI Limited 155. Don’t get the idea this is a straight-line-only cruiser; it turns remarkably well and is really nimble for its size. Carving really hard turns and sending a wall of spray in the air is easy; no matter how strong the rider is, he will bump against his limitations to hold on long before he approaches the GTX’s envelope of adhesion. To further enhance its handling, Sea-Doo lowered the height of the driver and riders, dropping its center of gravity.

One of the quirks of this journey is we are constantly crossing state lines, since the Colorado River forms the boundary of three states. As we start, we have Arizona to port and Nevada to starboard, which is later replaced by California near Mojave City, smack in the middle of the desert of the same name. Getting more comfortable with the new hull, I drop back in the pack after the idle zone in Needles, Calif., home of Snoopy’s beagle brother, Spike, for fans of “Charlie Brown.” In the chaos of multiple boat wakes, most PWCs tend to veer annoyingly, but I find if I just relax and let the ST3 hull do its thing, I can ride with far less work. Combine the hull’s tracking with the Ergo-Lock seating, which allows riders to use their stronger lower body muscles to lock them in place, and this is a machine people can ride for hours without fatigue. POWER STRUCTURE
Our lunch stop is at a legendary watering hole called Topock 66, and I use the dual-throttle Intelligent Brake and Reverse (iBR) to dock like a pro. It’s also effective as a braking system. Here, I switched from the GTX Limited 300 hp model to the 230 hp version, to compare the two. At startup, both default to Touring Mode, which delivers a smoother acceleration profile, but I hit a button on the handlebar twice and hear a chirp that lets me know the rig is in Sport Mode. STORAGE GALORE
One of the more amazing features of the GTX Limited is a new storage scheme that provides 27-gallons of total capacity in one compartment. In the past, accessing the main storage compartment on the water required the rider to stand up and lean over the handlebars, which can be awkward in rough conditions. Sea-Doo now offers a direct-access compartment that riders can use while sitting, by raising the entire handlebar assembly. The watertight compartment is deep enough to accommodate my fully loaded backpack and also has a storage net organizer, where I stow my camera. In front of the rider is a watertight glove compartment. It includes a USB plug for charging and is designed to hold cellphones, which comes in handy for the next new feature: a Bluetooth sound system. INTEGRATED STEREO
Most PWC stereos have a decidedly add-on feel to them and the sound quality is, at best, mid-fidelity. Sea-Doo created an integrated premium 100-watt system that rocks. Some purists might say playing a stereo while driving a PWC is an affront, and I wondered about its usefulness given the ambient sounds of the wind, waves and powerplant. When I tee up my go-to stereo-testing song — Greg Howe’s “Found Unwound,” which features a driving bass line and awesome lead guitar — I am blown away by its depth of sound: deep, tight lows and crisp highs enhanced by tweeters. And the speakers are nicely integrated into the hull and positioned in such a fashion as to direct the sound toward the driver and not the surrounding landscape. THE BACK PORCH
One of the features our group comes to love during two days of riding is the GTX Limited’s Equestrian Saddle. It gives three riders a well-defined seat of their own and has back bolsters that keep everyone well planted even when the driver gooses the throttle. It looks like it’s one piece, but it’s actually a split seat that Sea-Doo designers use as a clever way to leverage deck space. To relax with the key off, riders can remove the section behind the driver’s saddle and create a large flat spot that can be used to lounge on the padded faux-teak deck.

Also in back is an innovative way to carry additional items. Called LinQ, it’s a lockdown system that allows riders to clamp items into place, such as a 17-quart super cooler ($280), a four-gallon fuel tank ($180) and a storage bag ($180) that can be piggybacked to the gas tank. A raised ski pylon ($300) can be locked into place for a higher tow point that also gives the observer a handle to hang on to. The detachable rear seat can be loosely placed at the stern and the cooler can be placed in the middle to serve as an ersatz picnic table. It would be cool if the rear seat could be anchored to eliminate its wobble, though.