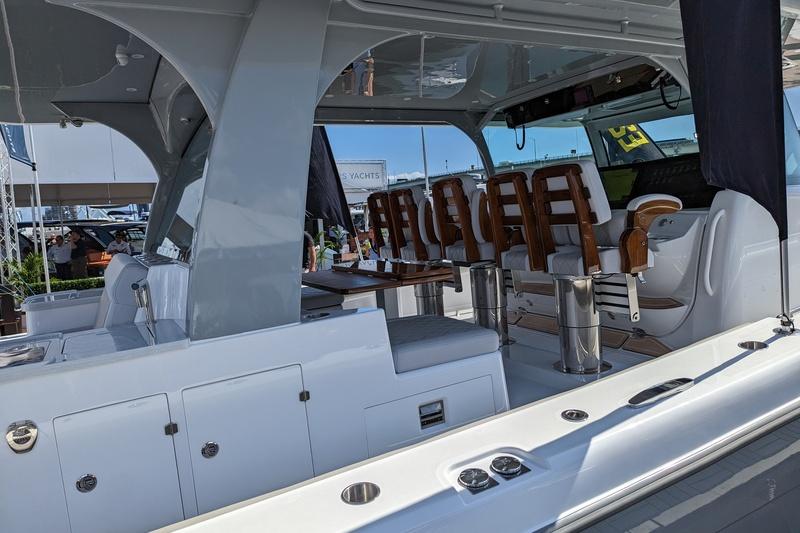 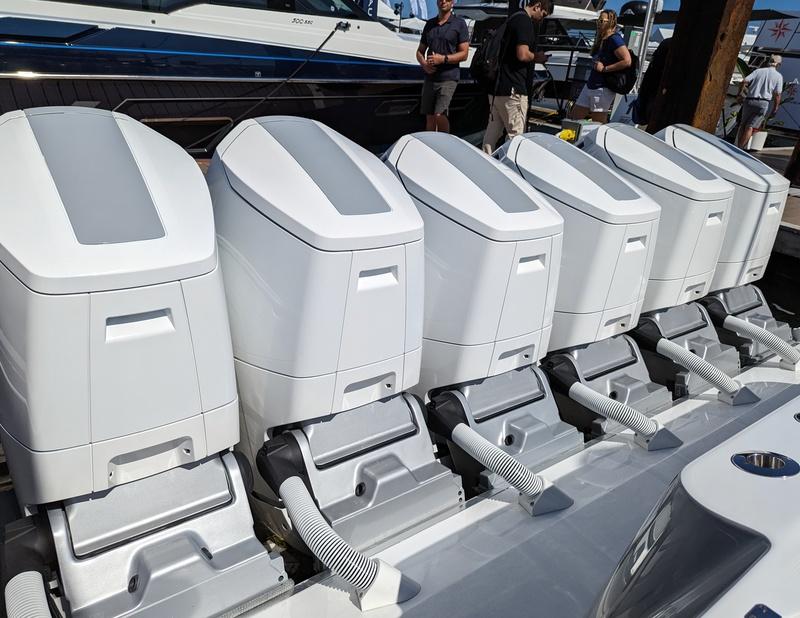 For the last decade, PWC manufacturers have been leapfrogging each other in a hotly contested battle to make PWCs more powerful, more capable of handling rough water, more able to carry more passengers and more feature rich. Sea-Doo, in particular, has led the technological charge with features such as Intelligent Suspension, Intelligent Brake and Reverse (iBR) and Intelligent Throttle Control. But there was one “more”: mo’ money. As PWC prices started creeping close to $20k, when optioned out, sticker shock caused some to get off the merry-go-round and has kept many people out of the amusement park altogether.Enter Sea-Doo’s Spark, a watercraft that weighs less than half of the average PWC and starts at less than $5,000. Sea-Doo’s goal? To bring a new generation of would-be water enthusiasts off the sidelines and into the game. And families that had to share one PWC can now own two for the price of one. To achieve such a price point, Sea-Doo’s designers started with a clean slate; simply de-featuring the current budget model, the GTS 130, wasn’t going to cut it. It had to be hip, innovative and exciting while removing the financial barrier to ownership. It wasn’t going to be easy, and it took the best and brightest designers and engineers eight years to pull it off. For inspiration, they looked back to the early days of personal watercraft, when they were smaller and less powerful yet still able to plaster an involuntary grin on riders. The challenge was to give riders everything they want … and less. Sea-Doo knows how to make a splash, and at its most recent press conference in Orlando, we heard the sounds of approaching watercraft, and a flock of multihued machines being beached burst into the spotlights. Four of the riders — including a young woman — casually picked one of them up and carried it in front of 20 or so drop-jawed journalists. Many PWCs weigh close 1,000 pounds, so seeing one being carried in such a manner brought to mind George Carlin’s famous phrase, “Hand me that piano.” So how did Sea-Doo create a machine that weighs just 405 pounds? Instead of using a traditional full fiberglass hull cap, Sea-Doo pared the upper down to its bare minimum “Exoskel,” which uses support only where it’s needed. The gaping hole at the front lets you know this is a different animal. Next, over a three-year period, designers developed a composite material called Polytec, a proprietary material made from polypropylene blended with long strands of fiberglass. It forms a skin that’s lightweight, highly resistant to impact, easily repairable and even recyclable.

To further reduce weight and make it more nimble, the Spark is shorter. The 2up version, which can carry two passengers, is 110 inches long, some 23 inches shorter than the GT 130. But, to give it greater side-to-side stability, it’s 46 inches wide — only 2.5 inches narrower than the GT 130. For power, Sea-Doo didn’t reinvent the wheel, choosing instead to use an engine proven reliable by Bombardier Recreational Products’ Ski-Doo snowmobile division. The 900 ACE motor is one of the most fuel efficient in the BRP-owned Rotax lineup. Fully marinized, it comes in a standard 60 hp version and a High Output (HO) model that produces 90 hp. When we heard those numbers, most press members thought, “This thing is going to be a dog.” Then we rode it.

One by one we shoved off, prepared to be unimpressed, and as soon as we jammed the drive-by-wire finger throttle and threw it in some sharp turns around the buoy course, we realized this thing has guts and really nimble handling. The 90 hp version has a top speed of 50 mph, while the 60 hp model reaches 41 mph, which is not fast by muscle-craft standards, but the comparatively small hull amplifies the thrill factor well into the acceptable range. And for owners with teenagers or inexperienced guests, it’s more than enough watercraft. Make no mistake: This model is designed for inshore waters. It has a relatively flat hull bottom, which adds stability and quick planing (almost immediate), but in heavy seas it will be rougher than a night in jail.

Making it Your Own

Sea-Doo made the Spark cool with a choice of five flavorful colors: Orange Crush, Vanilla, Licorice, Pineapple and Bubble Gum. Knowing there will probably be tens of thousands of these on the water, Sea-Doo designers created 20 Attitude Graphics kits ($450) to customize them to an owner’s personal style.

The base price for a 2up model (350-pound passenger max) with the base 60 hp engine is $4,999. To take performance to the next level, the 90 hp HO engine is a bargain at $699 more. For another $600, you can get the 3up model (requires the 90 hp engine), which has a longer seat and an extended rear deck. Three full-grown adults would be pretty tippy (450-pound passenger max), but throw in a youngster and it’s more doable. One of your biggest decisions is whether or not to get iBR, which gives you a braking system as well as start-in-neutral and reverse capability, for an extra $700. Without this feature, the Spark goes forward as soon as you start it up, so for that reason alone it’s worth it. The added maneuverability and safety makes it a no-brainer. One of the most clever and useful options is the Chill Shade ($135), a Bimini top for the Spark that can be removed and used on the beach. A must-have option that should probably be a standard feature is a reboarding ladder ($90). Since you can now afford two Sparks for the price of one, a good addition would be Sea-Doo’s galvanized Move II trailer for just $1,250. BW