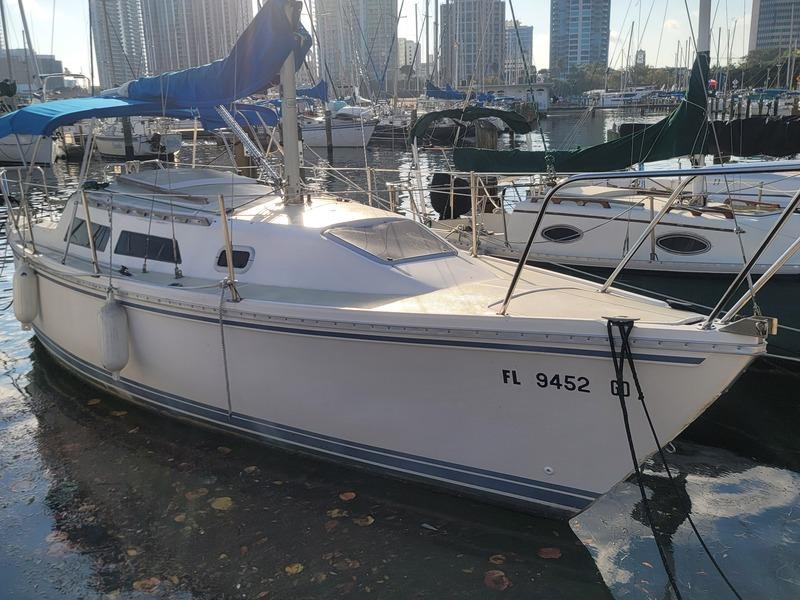 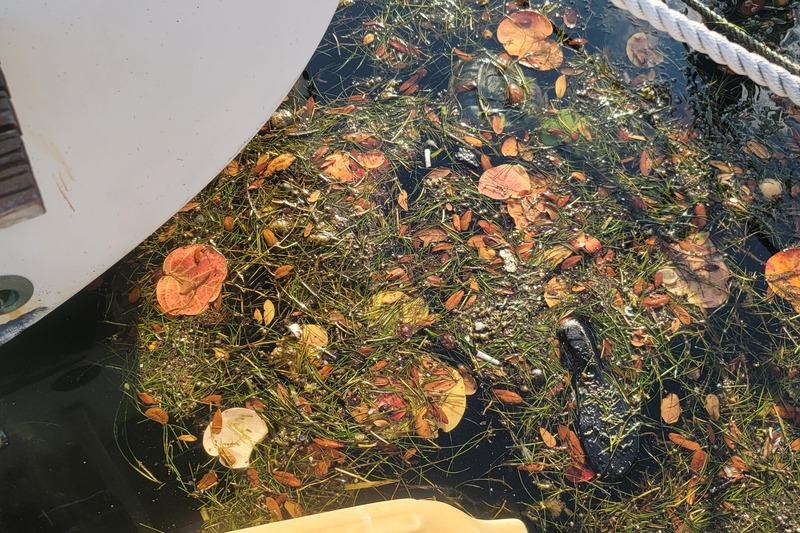 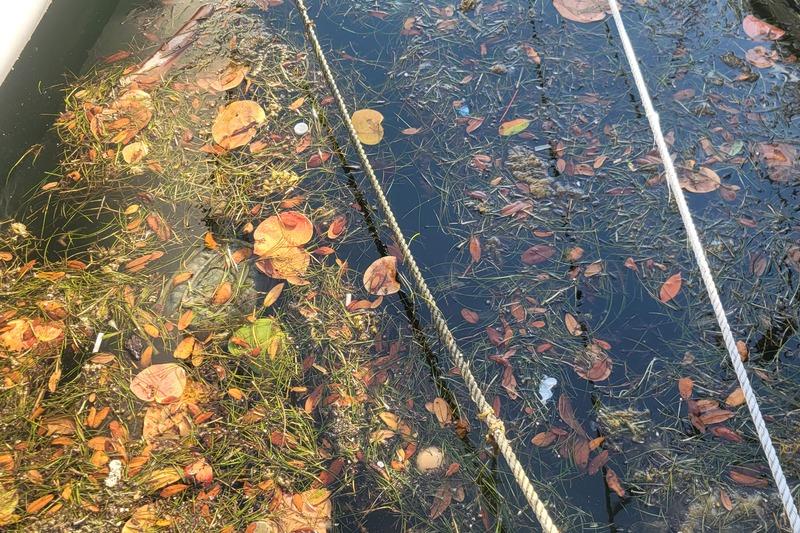 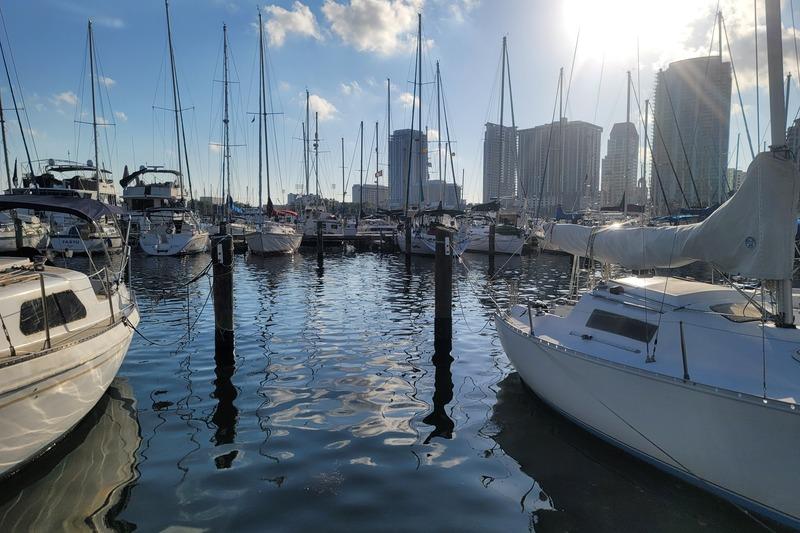 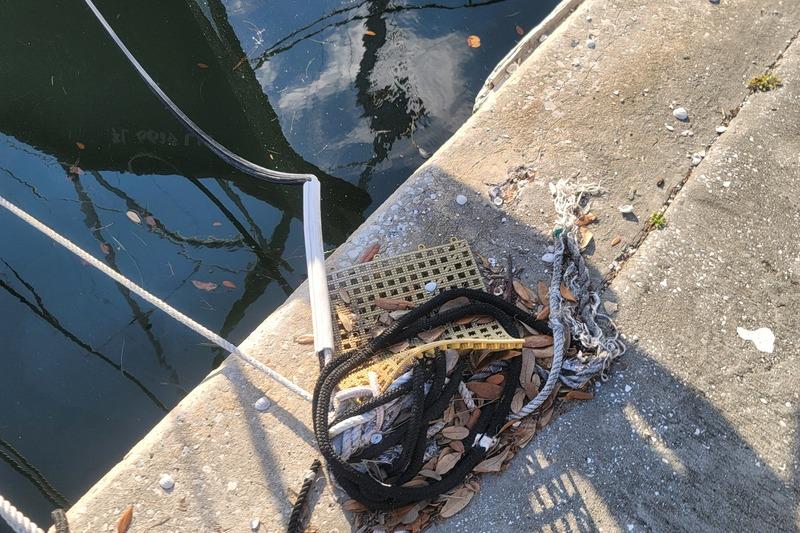 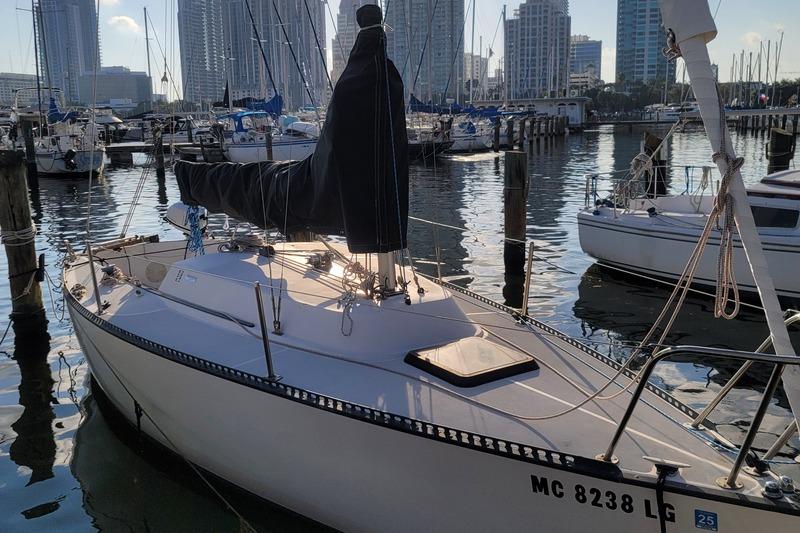 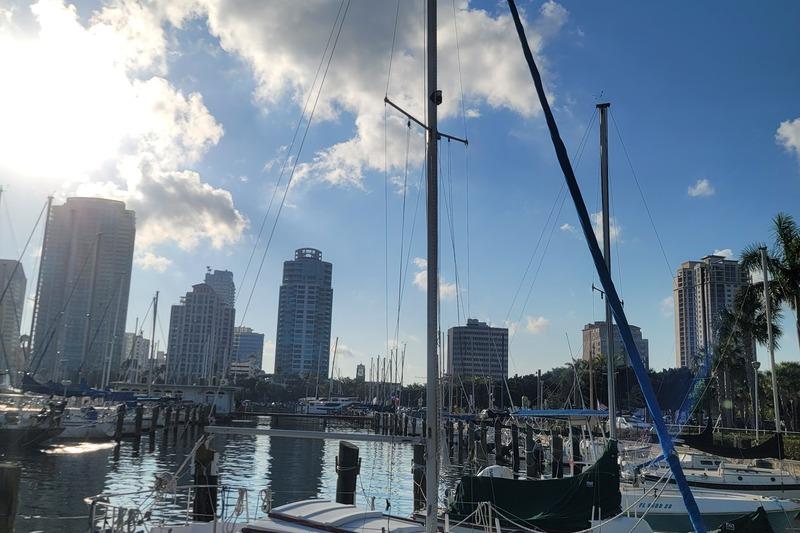 No place on earth has more huge manmade lakes created by damming rivers than the U.S. Damming rivers creates new watery playgrounds for boaters, yes, but because dams are usually built in places with irregularly shaped hills, they also create countless coves, which are boaters’ favorite features, because they are the ideal place to hang out with family and friends. Their popularity even spawned a new word, “coving,” to describe the activity. In coves, boaters can swim and float around without worrying about boat traffic and crank the stereo without annoying nearby homeowners.

But to fully enjoy coving, one needs the proper boat, and Sea Ray’s SLX 310 is a dayboat that could be rightly called King of the Coves. UNIQUE FACTOR
An owner who invites the whole gang to go boating doesn’t want to leave someone behind because of lack of space, but that won’t be a problem with the SLX 310. Its Yacht Certification means the only limit for the number of people aboard is equal to the number of life jackets on the boat and good judgment. But with seating for 17, that’s a party waiting to happen. Given the boat’s 10-foot, 2-inch beam, owners might have to jump through some towing regulation hoops, but its effect on interior space is profound. The cockpit features an L-lounge and a dual helm chair, but the most unusual seat is a doublewide seat to port that rotates to face the group behind it, or it can click into place facing forward. The bow section is huge and features wraparound seating with twin doublewide forward-facing backrests. Thanks to several clever innovations that Sea Ray bundles together in a system called quietRIDE technology, passengers won’t have to yell to chat. The most unusual aspect of this system is its Vibration Dampening Material, which consists of paper-thin strips within the hull laminate that transform vibration into heat that is quickly dissipated. Combined with Sea Ray’s holistic approach that includes a tuned transom, strategically placed bulkheads and extra acoustical material, the result is readily noticeable. At 30.6 mph, the decibel reading was just 79, which means normal conversation underway is possible. Even at wide-open throttle, my decibel meter read only 89.

PERFORMANCE
Our test boat featured twin new-gen MerCruiser 6.2L 350 hp sterndrives with twin-prop Bravo III outdrives, which is the max power for this boat. Buyers can get the SLX 310 with outboards, which seem to be in favor these days, but considering the mission of this boat, I like the sterndrive better, because it opens up the boat’s stern for swimmers and skiers. Sometimes, outboard engines of similar horsepower will outperform their sterndrive counterparts because they weigh less, but the SLX 310 already weighs a hefty 10,787 pounds, so the extra 406 pounds of total sterndrive weight (1,770 vs. 1,364 pounds) didn’t affect it much. Our test boat featured Active Trim ($769), which kept it running at the proper attitude at all times. Out of the hole, it planed in just 4.5 seconds and reached 30 mph in a surprisingly quick 6.9 seconds. Top speed was 52.6 mph with the engines spinning at 5400 rpm. Performance tests of an SLX 310 equipped with twin Mercury Verado 350 outboards revealed a top speed less than one mph faster and a significantly slower time to 30 mph, probably owing to the single-prop vs. dualprop running gear.

The standard engines for this boat are MerCruiser’s 4.5L 250 hp sterndrives, which are also new technology. Buyers who opt for the 250s instead of the 350 hp 6.2L engines will “save” $22,308, but giving up 200 hp is a lot, especially if they have lots of friends aboard. The top speed with a light load with the smaller engines, according to several boat tests I saw, was between 44 and 45 mph, but its time to 30 mph on one test was a pokey 12.1 seconds. HANDLING
The best box available to check on the options list will cost $18,460, but the extra money spent for Axius Joystick Piloting for Sterndrives is well worth it. Not only can it make an inexperienced skipper look like a seasoned seaman, but its newest iteration — introduced last year — has some enhancements to Skyhook, a virtual anchoring feature that’s useful for getting ready to dock or waiting for a bridge to open. Previously, when the driver hit the Skyhook button on the joystick panel, the boat would stay in its location and also point in a precise heading. If there was any kind of wind or current, the engines had to shift and maneuver a lot. Now, the driver can use a setting called BowHook, which maintains position but allows the boat to point in any direction, which saves a lot of shifting wear and tear. Another new feature called Heading Adjust allows the operator to alter the boat’s heading by one to 10 degrees by jogging the joystick. DriftHook, used mainly for fishing, keeps the boat’s heading steady but allows the wind or current to move its overall position. PURCHASED BY TOMMY AND LINDSIE WITMER, PLUS AYLA, 10, AND AVERIE, 5, BIRMINGHAM ALA.

PURCHASED AT RUSSELL MARINE AT THE RIDGE MARINA, ALEXANDER, ALA.

Joystick docking/Styling, inside and out/ Underwater and mood lighting/Hydraulic swim platform/Performance with twin MerCruiser 6.2L sterndrives

On an upscale boat like this, you should get a Yeti cooler, not an inexpensive Igloo. At the end of a hot day, our ice has usually melted.

We owned a Sea Ray 230 and most recently a 280, which are both single-engine boats, so when we bought the twin-engine SLX 310, it was quite a big step up. But having the Axius joystick docking system takes the anxiety out of docking in a tight marina. Although we gave up quite a bit of storage space because of the second engine, we really love our new boat. We do our boating on Lake Martin, which is a huge lake with a lot of coves that provide plenty of places to drop the anchor and just hang out. One of the boat’s best features is the hydraulically submersible swim platform, which allows us to sit in the water. We love to kneeboard, slalom and wakeboard, and the kids tube till the cows come home. Chase and Jeff at Russell Marine are really customer oriented and know how to take care of us. When we’ve had a problem, they’ll give us a loaner to make sure we don’t miss any time on the water.