The outboard version of Splendor’s newest, most compact deckboat is out of this world. 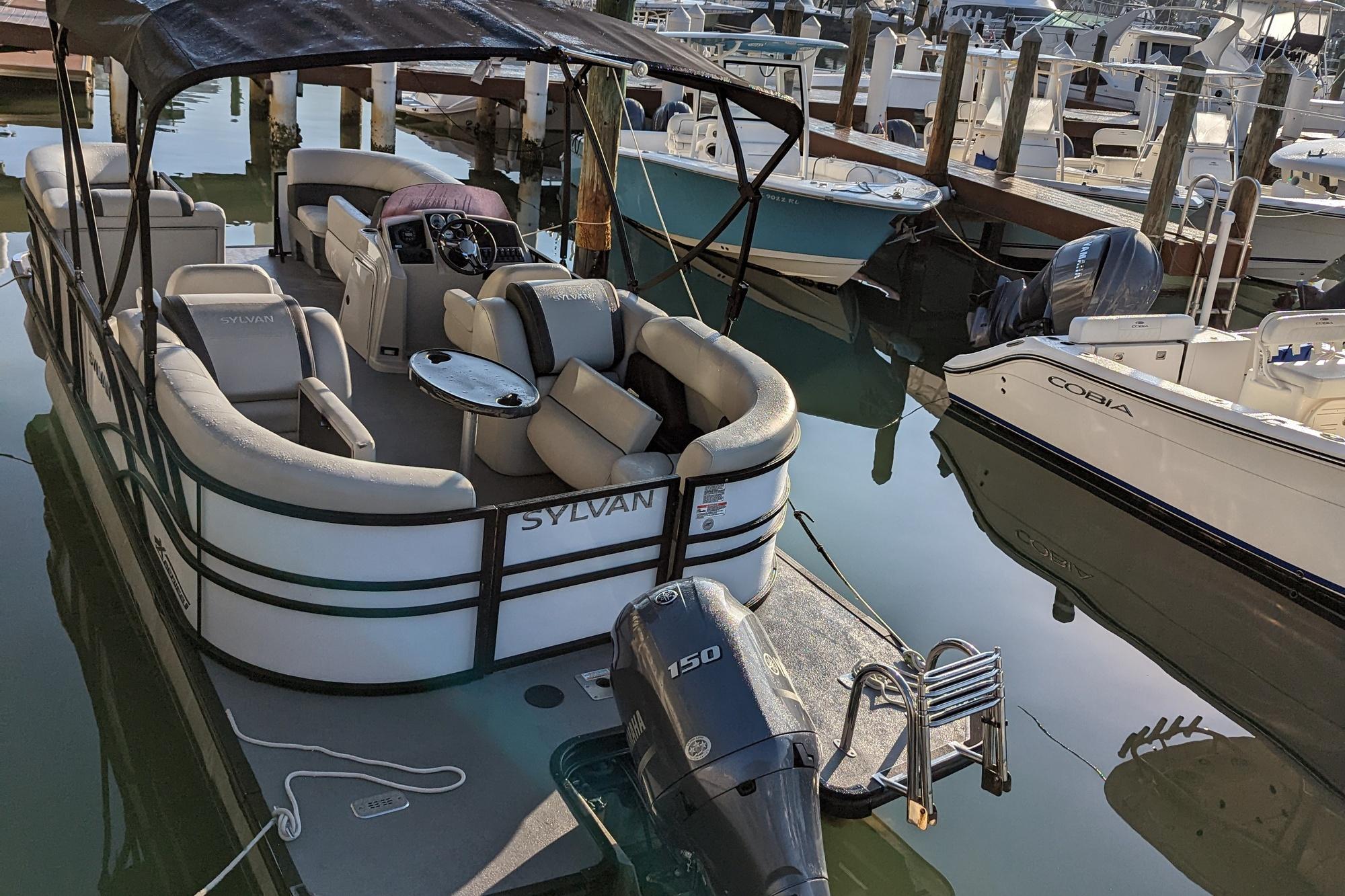 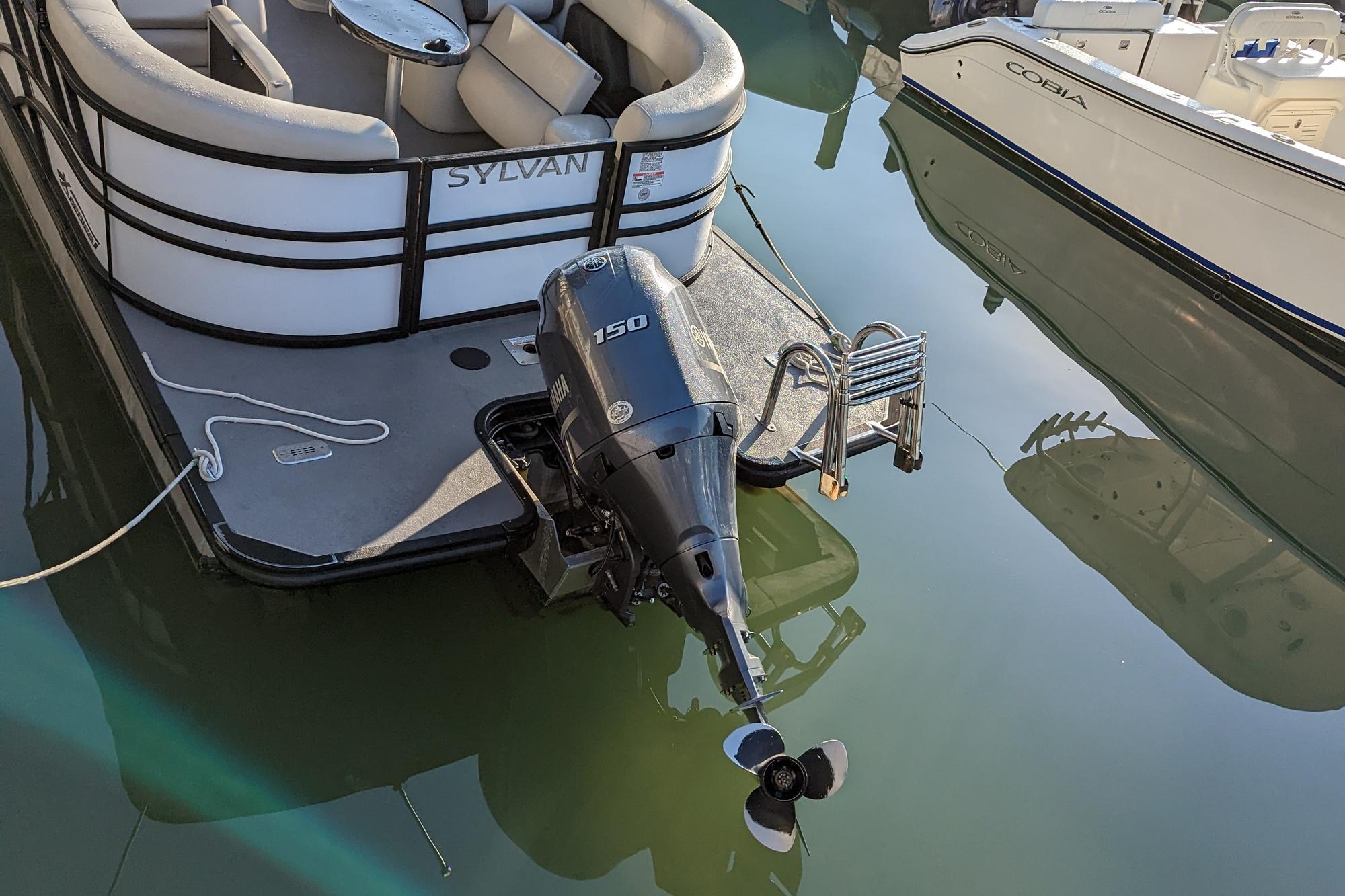 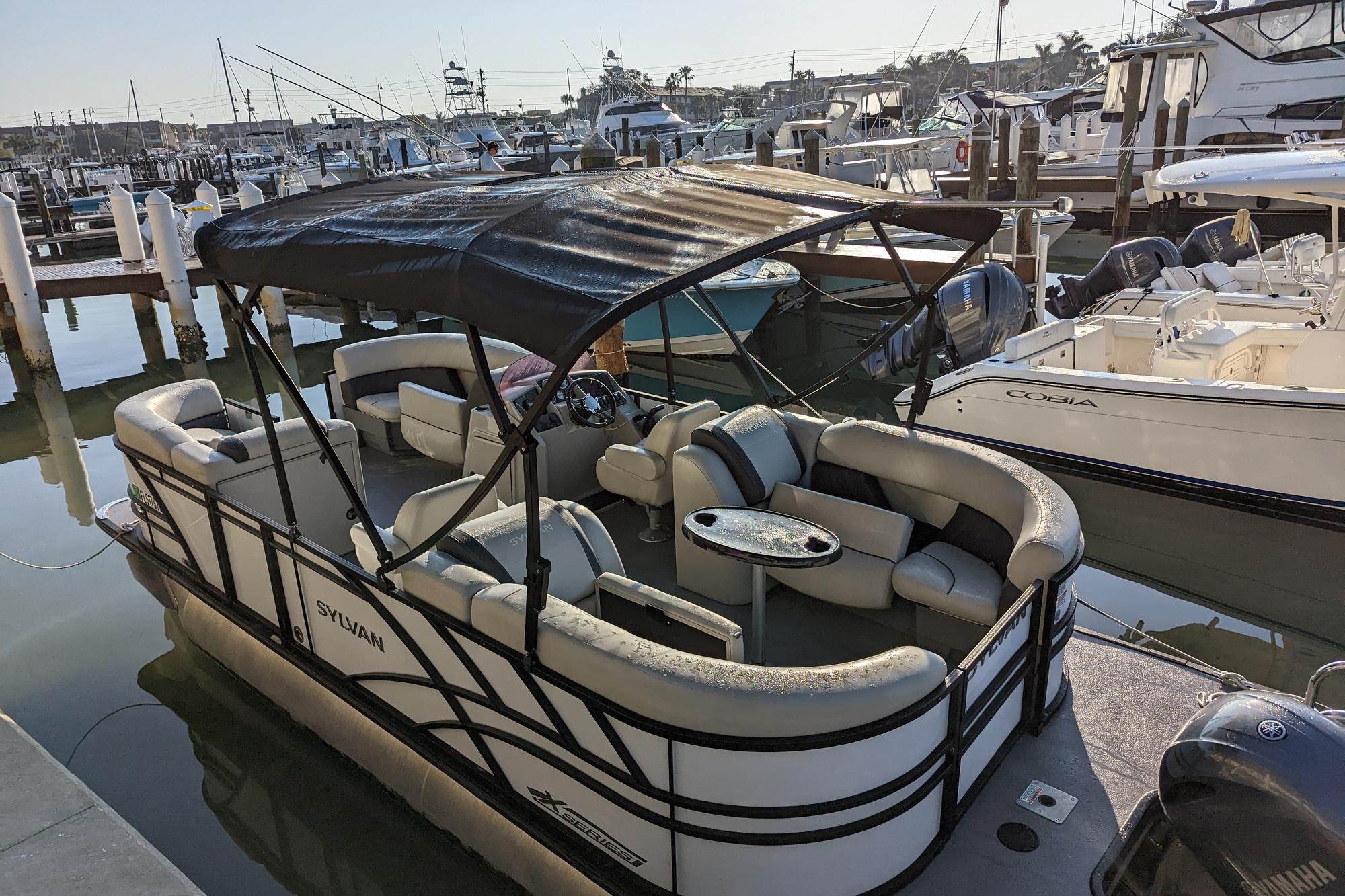 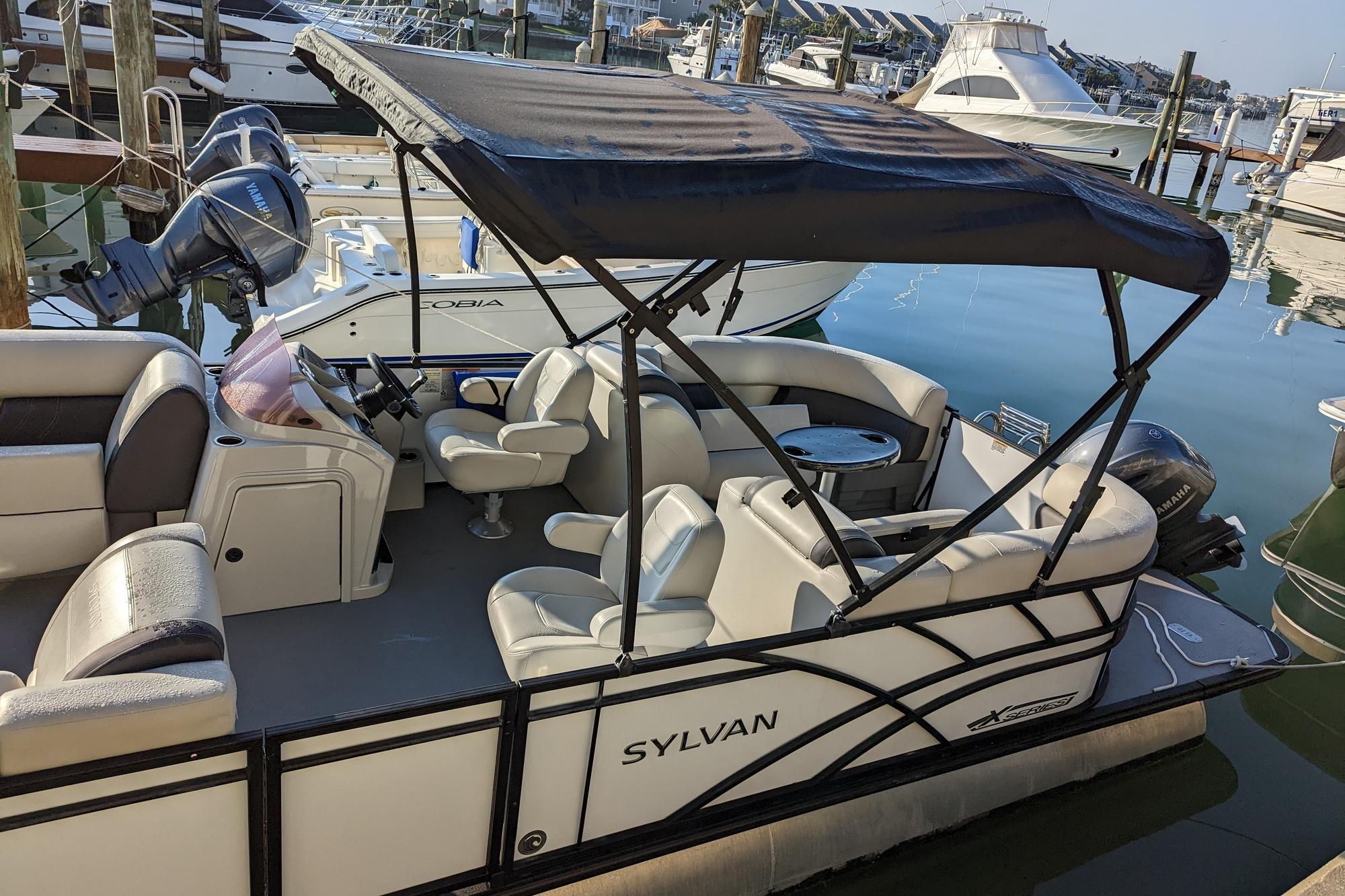 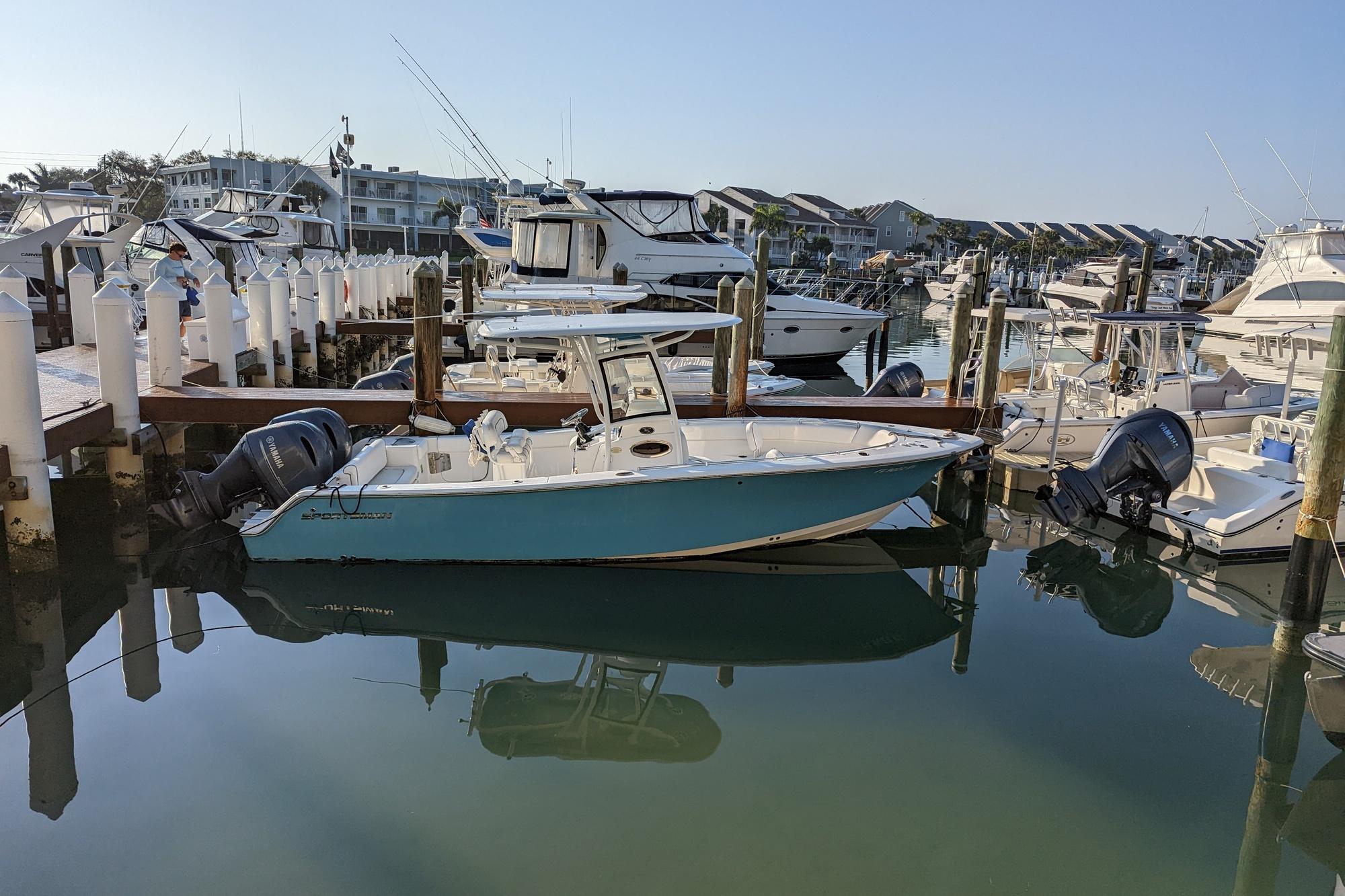 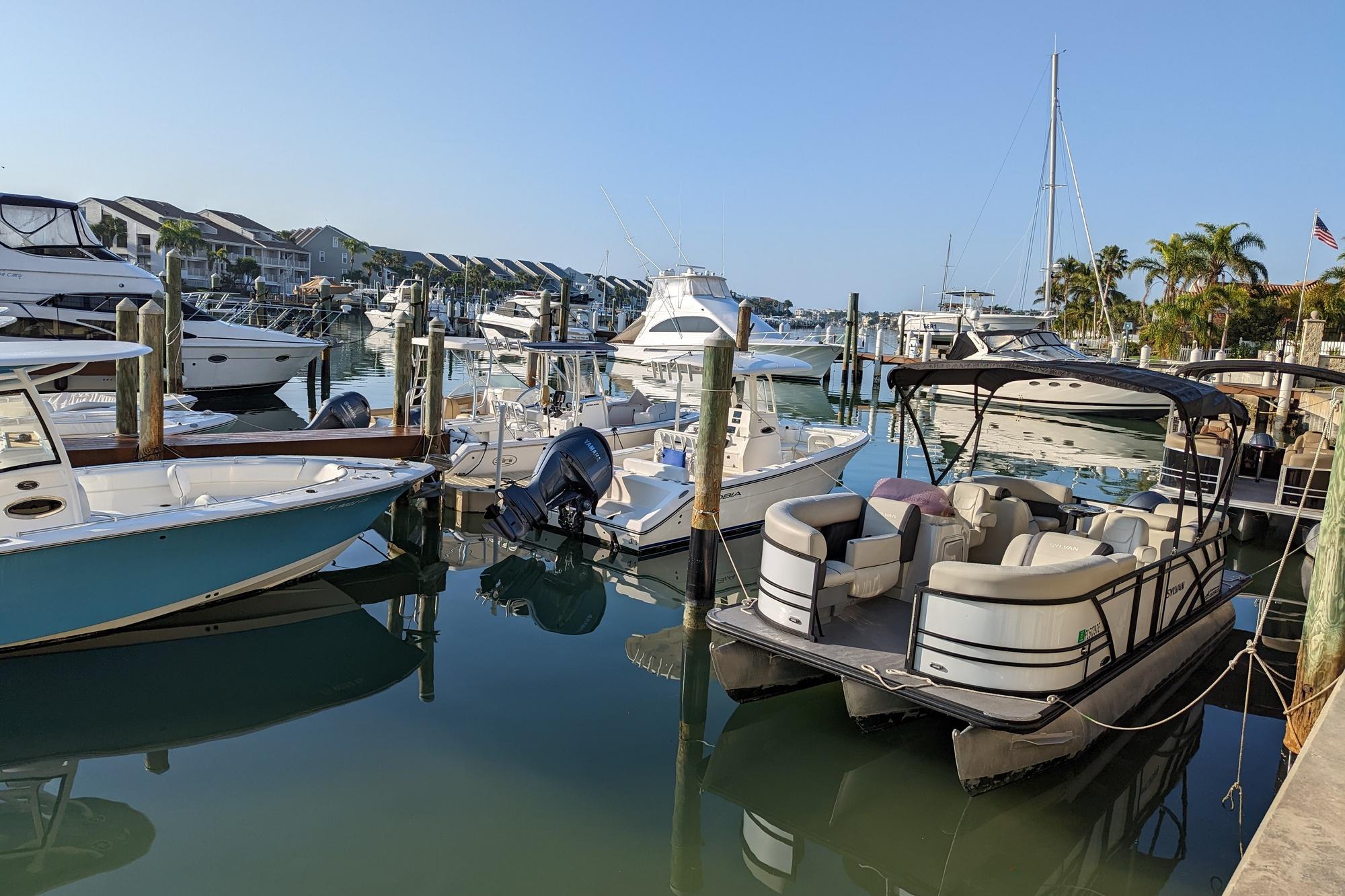 Last year we tested the Splendor 220 Odyssey inboard/outboard; this year, Splendor has an all-new outboard model that’s going to change your mind about deckboats and catamarans.

A Google search of “deckboat + catamaran” reveals a tiny number of matches. There are a few go-fast models that cost six figures, but mostly there are Splendors — family- and budget-friendly cats that take styling cues from no one else. One design element shared by all Splendor deckboats is a huge foredeck, which gives guests a great place to board and is a blank slate for customization. Add a fishing chair or a trolling motor? Not a problem for a company that considers itself to be a custom builder. Splendor sells factory direct, so there’s no dealer middleman, which gives buyers direct access to the people who are building the boat and probably saves a few bucks, too.

The 220 Odyssey O/B shares the same layout and design elements as the I/O version, so there’s a huge stern storage area where the sterndrive engine would have been. That space will come in handy, since the 220 is Splendor’s most compact deckboat. It doesn’t have a port-side head compartment like Splendor’s larger models do, which most people use for storing larger items. Instead of asymmetrical consoles, it has identical fiberglass ones that still provide plenty of storage that’s easily accessed through gull-wing backrests in the bowrider section. And instead of the usual bowrider recliner seats, there are four feet-on-the-deck chairs with filler cushions.

It’s always interesting to test models in both sterndrive and outboard configurations, for comparison. Last year we tested the 220 I/O with a MerCruiser 5.0L V-8 that pumped out 260 hp. This year, the outboard version we tested had the Suzuki DF225, which at first glance might seem like a mismatch. But the Suzuki more than held its own in the face of a 35 hp deficit, largely due to the 372-pound weight difference between the two engines. The 220 Odyssey O/B got on plane astoundingly quick, in 1.8 seconds (vs. 2.7 seconds for the I/O), and with very little bowrise. The time to 30 mph difference was even more pronounced, two seconds faster for the O/B version, with a time of 5.8 seconds. Top speed was even slightly faster (by 0.3 mph) at 43.3 mph. The Suzuki DF225 is the standard engine on this boat and is a V-6 with a large 3.6L displacement and a tall 2.29:1 gear ratio that can handle a 16-inch prop. Upgrading to a Suzuki DF250 wouldn’t be a bad idea; it shares the same platform as the DF225, so there’s no weight penalty. Splendor also offers the 220 O/B with either a 225 or 250 hp Yamaha outboard.

Doyle Heckaman was a hired-gun designer working for other companies when he designed the catamaran hull used on Splendor boats back in the 1980s, but he decided to keep this one to himself and started his own company. Little has changed below the deck cap other than length. Though this is the shortest deckboat the Indiana builder makes, it exhibits the same trait that’s made Splendor a popular choice for boaters who want a deckboat layout: better seakeeping ability in the chop. And on test day, the seas were angry. Well, as angry as Lake Wawasee in northern Indiana gets, which made it the perfect test track for the cat hull, which traps and compresses air between the sponsons for a much smoother ride in the chop than more flat-bottomed monohulls can achieve. The boat needs a bit of speed for the hull to do its best work, and right around 30 mph seemed to be a good attack velocity. Another plus of the cat hull is that it’s controllable at any speed. Towing small kids on tubes at 15 mph, pulling junior wakeboarders at 20 or going at full giddy-up, the Splendor 220 is good to go.

Our test boat was equipped with a tall, hockey goal-style Ski Tote tow bar that was firmly rooted in four places to the abbreviated swim platform and transom. Buyers can and should order a starboard platform extension with a ladder, to get more aft real estate. The outboard model throws a flat wake, so it’s ideal for slaloming. If wakeboarding is on the agenda, the I/O model is probably a better choice, because of the extra weight of the sterndrive engine. The optional gull-wing swim platform is a cool addition that puts people down close to the water and makes boarding after a swim easier.

The 220 Odyssey doesn’t have the option for an entertainment center (like the 24 and 26 models), but there is an option for a 22-inch round cockpit table. An L-lounge in the cockpit adds to passenger seating, and the lucky first person to board can grab the port-side forward-facing recliner seat, which has a hot tub-seat contour, making it the best seat in the house. That is, if you don’t count the twin captain’s chairs, which have adjustable-height pedestals.

One of the best things about Splendor is that it wants to build a fully featured turnkey standard boat. Knowing that many of its boats will be dipped in coastal waters, it includes a galvanized trailer at no extra charge. A transom shower would be a nice add-on for après ski hose-offs. The Bimini top and bow and cockpit covers are by Sunbrella and are included. For total coverage, get the available Bimini top for the bow section. Rails are everywhere, so adding items such as grills, rod holders and tables is incredibly easy. At the helm, there’s an option to replace the Livorsi racing wheel with one that has a burlwood finish to match the new two-tiered gauge cluster that has a deep, realistic wood finish. Our test boat had the Chilewich snap-in Ikat tweed decking that’s soft on the feet but easy to maintain. And for nighttime excursions, underwater lighting adds ambiance to the experience.


We wish the windshield were just a touch taller for cool Wisconsin days.

We’ve lived on Big McKenzie Lake for quite a while, but we just had a small tiller-steered boat. We decided to upgrade to a larger boat but didn’t want a pontoon, so we started looking at deckboats. We saw Splendor’s ad in Boating World, went to boatingworld.com, saw the reviews and walkthrough videos, and we were sold. It looked like exactly what we were searching for. The buying experience was fantastic. Although we were interested in a 240, Brandon told us about the new 220 Odyssey OB and helped to basically design a custom boat for us. We noticed it didn’t have a Porta Potti; they said they would try to make it work, and they did. We also wanted a larger GPS, and they designed a dash that would accommodate it. We went down to the factory and saw it being built and met the whole family, who were really great. When we picked it up, we found they had included a few extras at no additional cost. We’ve towed it up to Lake Superior and got into some rough water, and it handled it really well. This summer we’re taking it to Florida. It’s really the perfect boat for us.