The Starcraft Crossover 240 SCX OB can accommodate an owner’s every whim. 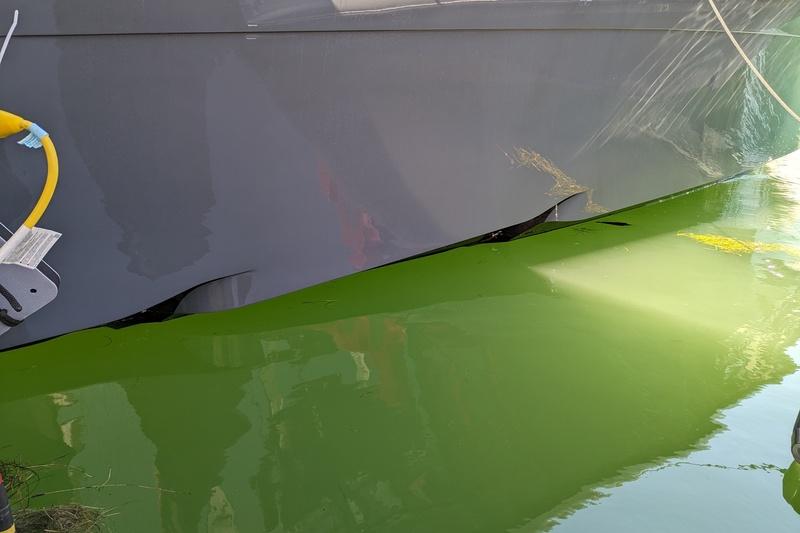 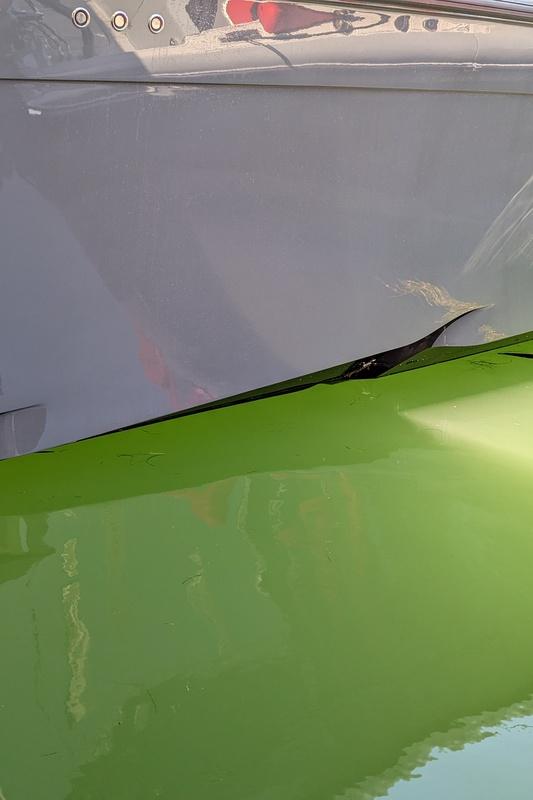 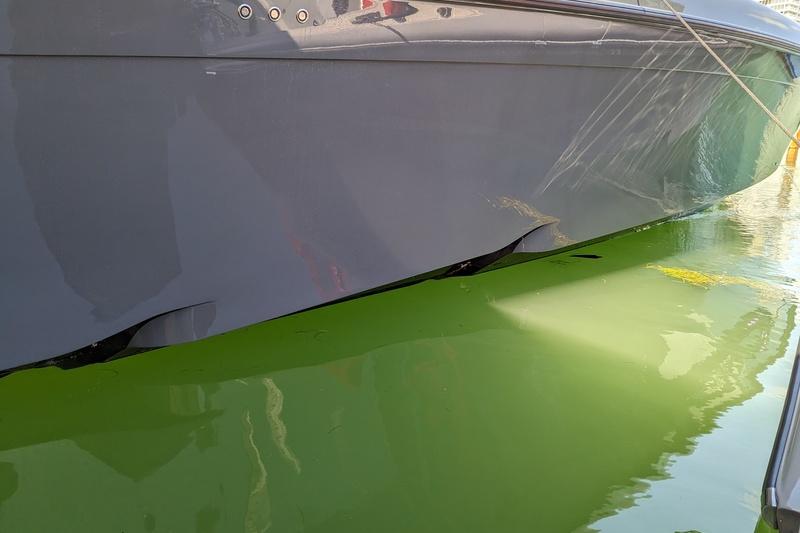 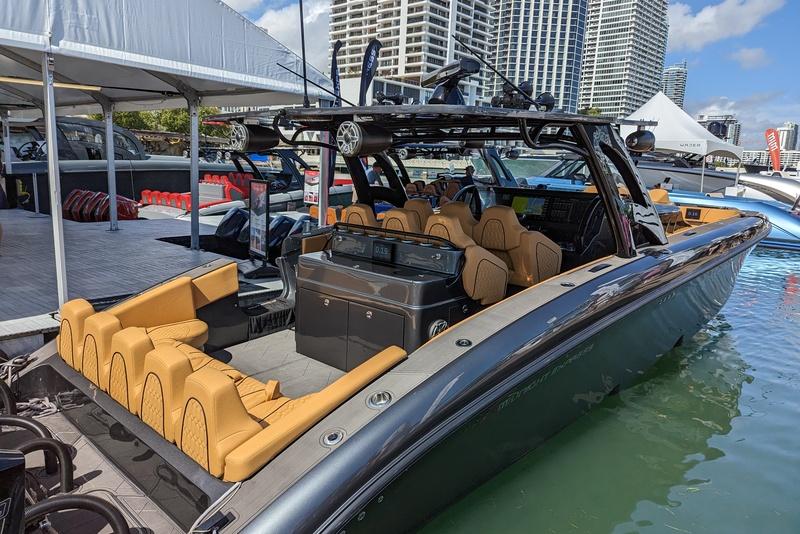 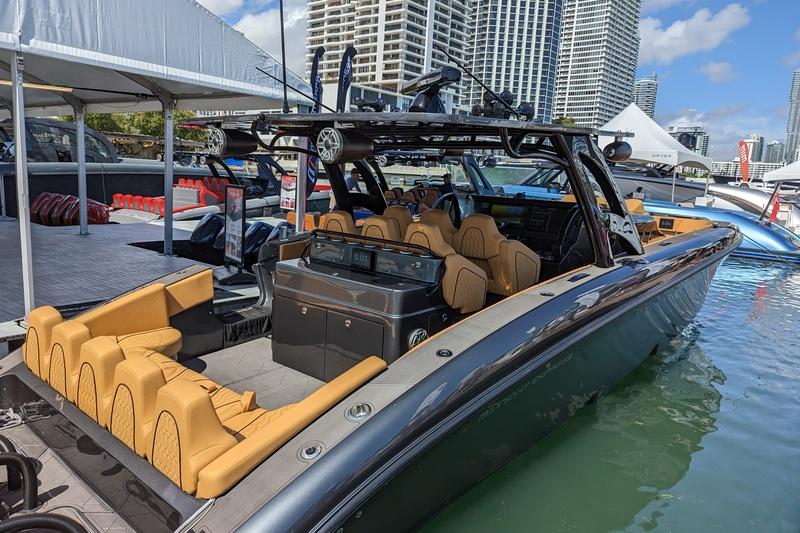 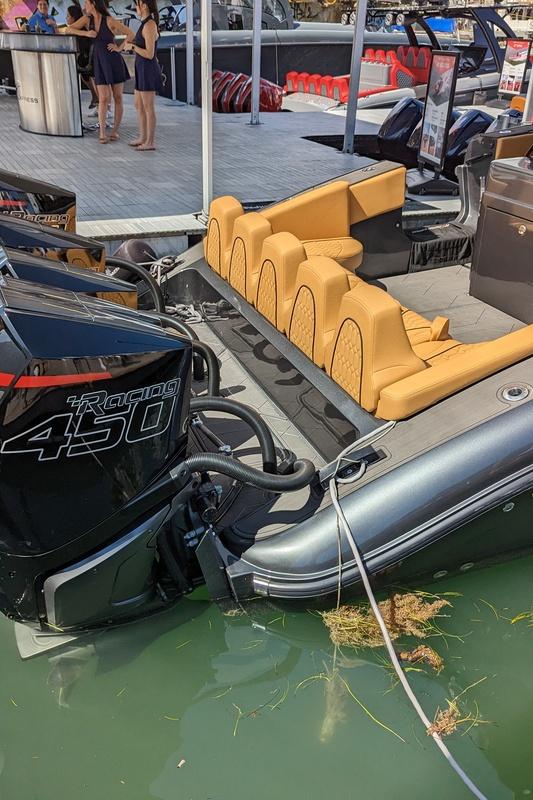 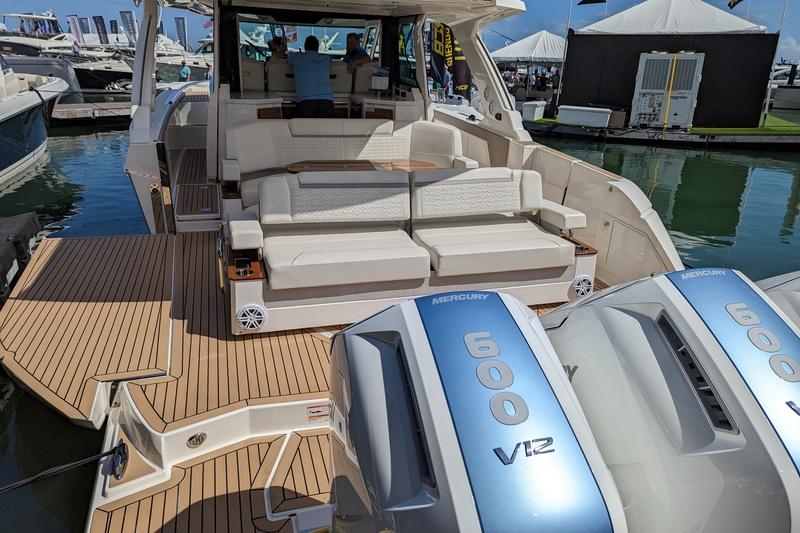 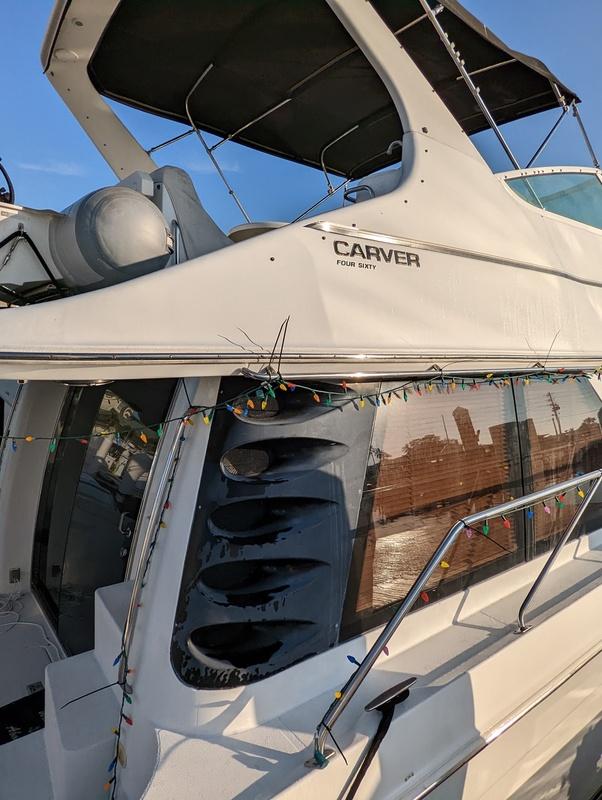 The holy grail of boating is a boat that can accommodate its owner’s every whim without trying too hard. It should also add to the owner’s cool factor and be a magnet for his kids. This sounds like a tough task, unless you are a boat company that’s been in the wish-fulfillment business for 100 years. The Crossover series from Starcraft is a platform that can do most anything, from skiing to cruising to fishing. We’ve seen other multi-fun boats before, but styling often takes a backseat to functionality; with the 240 SCX OB, however, Starcraft didn’t forget to add the wow factor. One of the signature features of the Crossover series is its deep 37-inch gunwale, which extends all the way from the cockpit to the pickle-fork bow section, giving passengers a sense of security and enhanced comfort afforded by the high-back seating. Sometimes, tall gunwale height can create a utilitarian look, but Starcraft’s designers did a great job of using the main hull color (seven choices) to create a slender, sporty silhouette highlighted by white gelcoat above and below with a slightly higher-than-normal waterline stripe. Our test boat features the Ralph Lauren-esque Blueberry hull color with a red stripe, which really pops.

Starcraft’s use of space in the pickle-fork bow is different than in most other boats, with four feet-on-the-deck seats — two facing forward and two aft — that would be perfect for two couples, whether socializing or wining and dining with the large pedestal table in place. Since the forward-facing seats will often be used as conventional upright chair seats, the backrest angle isn’t as sloped as loungers might like. The bow easily shifts into recliner mode with the addition of two filler cushions, which increases the seating capacity. Another benefit, due to the beam being carried so far forward, is the large foredeck, which has a beach boarding ladder concealed beneath a hatch. There’s a narrow step-down between the bow cushions, so people boarding from the front don’t have to step on the seats. Last year we tested the 240 SCX with the sterndrive package, and this year, the flagship of the Crossover series comes in an outboard version. Our test boat this year features the Yamaha F250 outboard, which proved to be a good match and is squarely between the Yamaha F200 (the nationally advertised power package at $60,999) and its maximum rating of 300 hp. We had the 3.3L version, which has been out for a while and has proven to be very reliable and powerful. Yamaha recently came out with the Offshore V6 version of the F250; it uses a larger-bore 4.2L block that also comes in a 300 hp version for boaters looking to take it to the max. Our test boat hooked up nicely, with a time to plane of 3.1 seconds, and accelerated smoothly to 30 mph in 6.6 seconds. Trimming the Yamaha out, we reduced the wetted surface a little and hit a top speed of 46.1 mph, only 1.5 mph slower than it goes with the MerCruiser MAG 350, which has 50 hp more. The 240 SCX is a pleasure to drive. It uses a reverse-chine design hull with a moderate 17 degrees of deadrise, which gives it tremendous lateral stability. That stability is a real plus for this design, since you’re likely to have more than a couple of passengers in the roomy bow section. It has an extended running surface that tends to keep more of the hull in the water when cruising, for better stability and great tracking. One of its best handling attributes is its sure-footed cornering. In hard turns, it responds smoothly without heeling way over, which scares some passengers. As we decreased the radius of the turn, it never lost grip, and we found we could turn it nearly to the lock without losing traction. The Crossover 240 SCX is designed to handle whatever activity strikes your fancy. It has a passenger capacity of a baker’s dozen, and there’s a place for all 13 to sit, with a cockpit L-lounge, twin crew buckets and the roomy bow section. Just behind the captain is an entertainment center that comes standard with a pump faucet. It has a fiddle rail for beverage security when you are in mixology mode, and its Corian working surface tapers as you get near the starboard walk-through to allow for better ease of passage. Underneath the hatch in the walkway is dedicated storage for an Igloo cooler.

Add a ski-tow pylon, and it’s ready for all watersports. There is a very deep in-deck ski locker between the consoles. The 240 SCX features larger swim “platformettes” than you usually find on outboard-powered boats, and you can even traverse from one side to the other thanks to a flat area in the engine well. The platforms on our test boat are surfaced with faux teak for good looks and an excellent grip, like the standard gray padded mats. The boarding ladder is recessed to eliminate a stumbling hazard.

Amidships, to port, is an adult-sized head compartment that is lighted and lockable, and complete with a standard Porta Potti. On the other side is a well-provisioned helm station that has one of the better captain’s chairs I’ve plopped down in lately. It features a flip-up bolster that puts your line of sight over a tall windshield that offers good protection on chilly mornings. The tall, narrow dash has an insert ready for a flush-mounted Lowrance GPS/fishfinder. The accessory switches are in a separate panel off to the right and out of the way to prevent accidental engagement. The steering wheel is a six-spoke model that wouldn’t look out of place on a high-dollar imported sports car. Starcraft makes it easy to nudge the 240 SCX toward your preferred use. The Fishing Package gives you a livewell and a bow fishing seat. There are rod holders at the transom next to a pair of cupholders. For watersports fanatics, the Sport Package gives you a stylish wake tower that can be equipped with a Bimini top, speakers and wakeboard racks. This package includes a special gray furniture group and vibrant hull graphics to help it achieve “the look.” Our test boat is blinged up with the LS Package, which has snap-in carpeting, lighted cupholders, underwater lighting, an upgraded stereo with a remote touch pad and lighted Infinity speakers. It adds the entertainment center with a pressurized sink and a transom shower.

With its Lifetime + 6 warranty, the hull and structure are covered by a limited lifetime warranty, and pretty much everything else, such as carpeting, upholstery and electronics, carries a six-year warranty, which is transferable to a second owner, helping the boat retain its resale value when it’s time to reload. And that’s going to happen, because you know Starcraft will come up with something you have to have during its second hundred years.

We are looking into adding a Bimini top for some shade.

We had a boat many years ago and got out of boating, but living in Miami, where there are so many great things to do on the water, it seemed to make a lot of sense. We went to the Miami Boat Show with no intention of buying, but when we saw the Crossover 240 SCX with the radar arch, that quickly changed. It really stood out from the other boats with its layout and great looks. We’ve had personal watercraft, and the kids love snorkeling and tubing, but with this boat they plan on doing some wakeboarding also. We keep our boat in rack storage near the Haulover Marina, so it’s easy to head to Ft. Lauderdale to places like Shooter’s Waterfront Restaurant or head down to Miami and places like Biscayne National Park. This summer, we want to take it to the Keys. I wanted a boat big enough for the kids to bring along their friends and not feel cramped. I’ve noticed since Mom and Dad have such a cool boat, all of a sudden we’re a lot more popular with the kids.