Stingray’s take on the center console comes with lots of options. 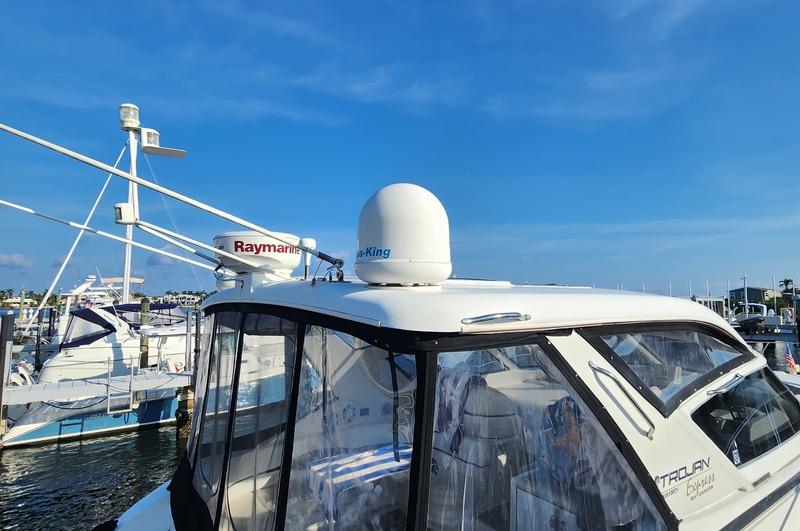 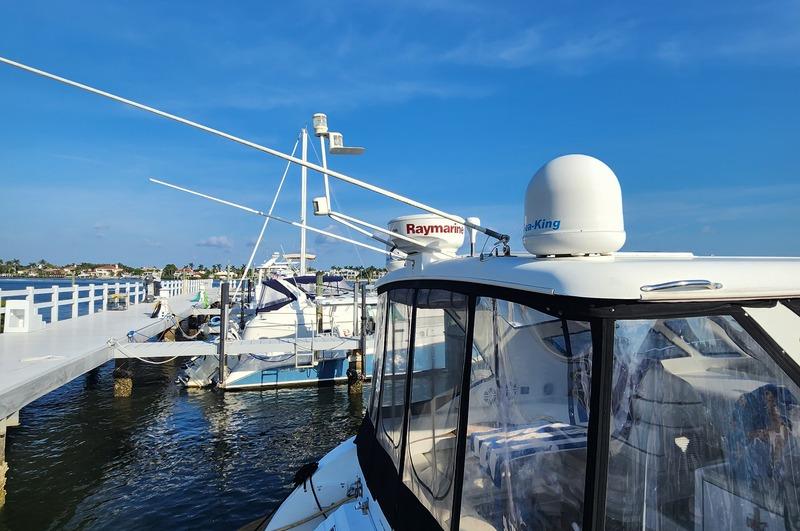 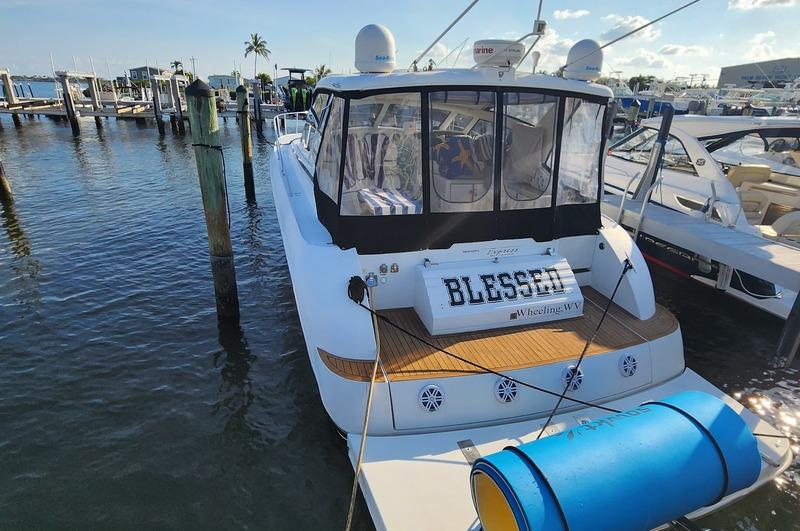 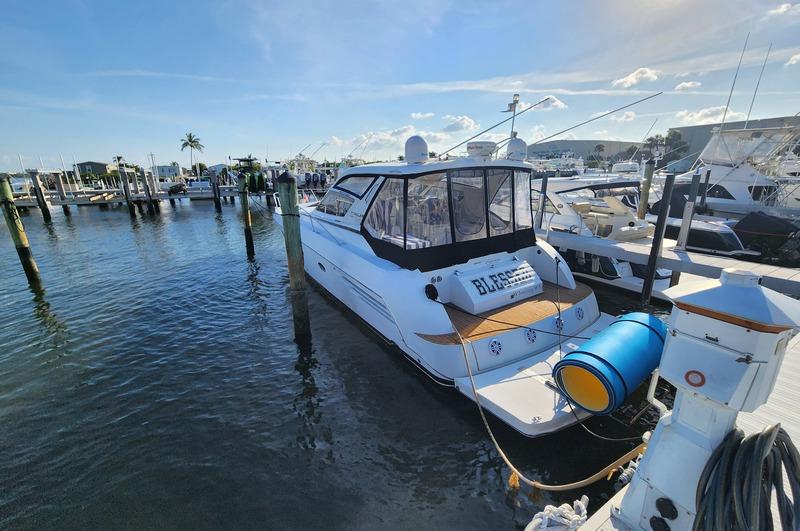 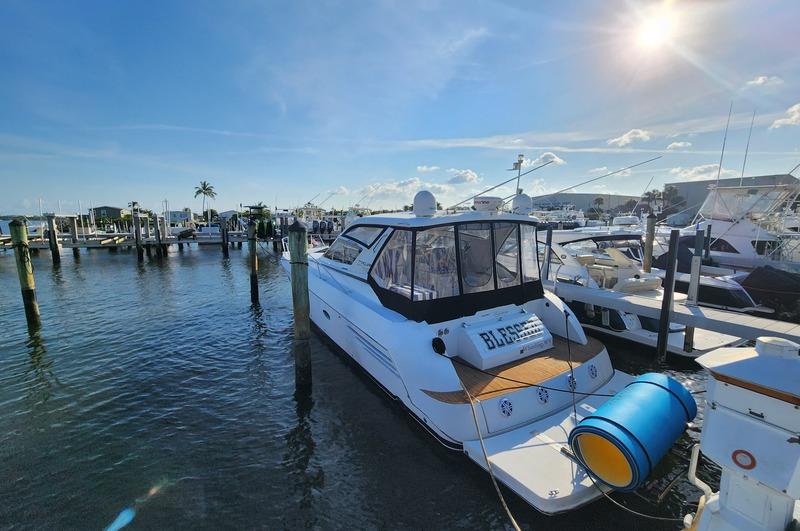 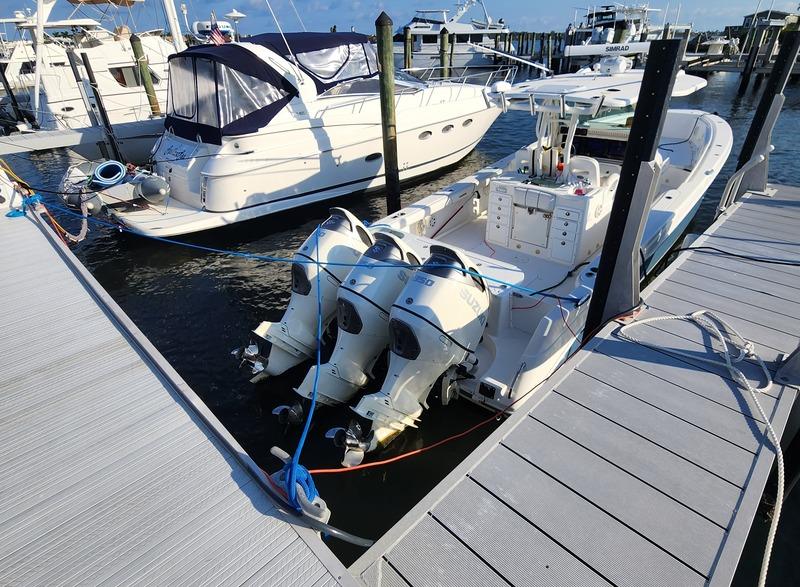 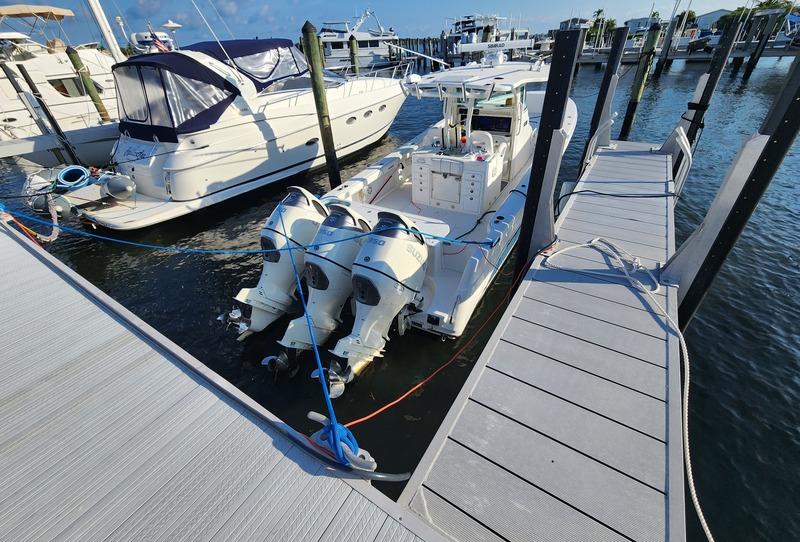 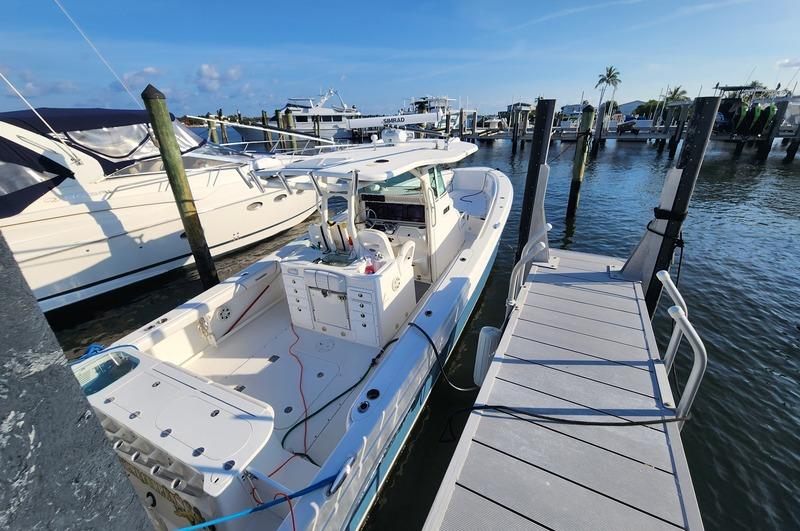 Last year, Stingray got more serious about its fishing game by introducing a pair of outboard-powered center console boats, the 186CC and 206CC. This year, designers expanded that lineup with an extended model called the Stingray 236CC, a near-24-footer with even more capability. There are a lot of center consoles on the market, but this one has a few things the others don’t, starting with its Stingray DNA. Some center console boats are geared toward owners with a one-mission mindset: fishing. They are good at this singular aspect of boating. With this boat, Stingray takes care of the avid angler, but it’s also family friendly and can handle whatever task an owner throws at it. Two of its more unusual features are a pair of small entertainment centers just behind the bowrider backrests. They keep the look symmetrical, and one can be used for preparing human food while the other is used for bait prep. The 13-gallon freshwater option ($600) should facilitate quick cleanups. The bow section is a multipurpose playground. Its twin recliners have removable cushions for fishing mode, its deckboat bow profile provides plenty of room for fishing or lounging, and its large forward deck gives passengers a place to board or a platform from which to toss a cast net.

Most builders of center console boats offer a stereo … as an option. But the 236CC comes standard with a 160-watt Marine Audio Bluetooth system, and a Polk Audio system is a $725 upgrade. A 236CC buyer gets off to a big head start with what’s called the Convenience Package, which is a bundle of standard features that are normally options, valued at $2,696. In addition to the upgraded stainless steel hardware on the cleats, ladders and LED docking lights, the package includes hydraulic trim tabs with indicator lights, a 48-quart cooler, an aft livewell and tilt steering. That’s in addition to the upscale 74-quart Engel cooler. At the heart of all Stingray models is the Z-Plane hull, which accounts for sporty performance that doesn’t require extreme power to push it to the next level. Our test boat featured Yamaha’s F200 outboard, a lightweight, inline four-cylinder model that weighs 489 pounds, which is 111 pounds lighter than the V-6 F200. It puts out 50 amps of charging power, compared to the V-6 version’s 44. Stingray offers the 236CC with outboard choices by Mercury, Suzuki and Yamaha in 150, 175, 200 and 250 hp, but none of the brands listed includes all horsepower levels. For example, Mercury is the only 150 offered, as Stingray’s entry-level package. It’s the only engine buyers can get without hydraulic steering, but forgoing it will be the worst $1,346 anyone ever “saved.” Not only does the Z-Plane hull design improve performance out of the hole and increase top speed by vastly reducing turbulence, it uses that cleaner water to enhance the boat’s cornering ability. I cranked the stainless steel wheel, complete with a spinner knob, all the way to its stop and the 236CC carved a tight turn. With normal trim, it rides in a slight bow-up attitude, which gives it plenty of freeboard in head seas — something a lot of deckboats lack. At the stern are 21 degrees of deadrise, so the 236CC is prepared for action.

Whether the driver prefers standing or sitting, the driving position is good. Our primary test boat had the upgraded leaning post with flip-up bolsters, making it easy to sit or stand. On test day, Stingray also presented a 236CC with the standard helm seat with a flip-flop backrest that can transform the seat into a rear-facing platform. Set into the large console is an angled footrest, and forward is a real glass windshield that’s high enough to do some good. The 236CC strikes a good balance between serious fishing boat and pleasure cruiser. To give anglers the ultimate in fishing flexibility, there are 12 flush-mounted rod holders: six on top of the gunwales and six at the stern. Attached to the leaning post and optional T-top are nine rocket launcher rod holders, for a total of 21. Under-gunwale storage is abundant, and the cupholder count is adequate, with 10 strategically placed throughout the boat. Live-bait anglers get a livewell at the stern, under one of the flip-up hatches near the centerline, and another beneath the forward jumpseat, for a total of 31 gallons of capacity. The extra-large console has plenty of acreage for large-screen electronics and houses a head compartment with room for an optional portable commode ($314) that slides away when not in use, to maximize storage space. Another issue center console boats can have is a lack of seating for their passenger capacity, relegating many people to standing room only. But the 236CC has ample seating for its max of 12 passengers: four up front on bowrider benches, two at the helm, one in the jumpseat and five at the stern. The stern’s outermost seats have backrests that can flip down to allow easy access to the stern while creating a roomy casting platform in the bargain. The two-tone upholstery features dark panels with Cool Touch vinyl, so the seats don’t sear skin on sunny days. For watersports, there’s an optional stainless steel ski pylon ($517), but owners really into skiing should get the folding wake tower ($4,614), which includes a small sunshade.

Although a standard 236CC is a well-rigged boat, Stingray offers plenty of options. The first big decision involves the top. The least expensive option is a Bimini top ($1,171) made of Sunbrella fabric and a stainless steel frame. But avid anglers know this can get in the way of casting and catching, which is why most center consoles have T-tops. Stingray offers a choice between a T-top with a canvas top, for $5,152, or a hardtop, for $7,614, which is what our test boat had. Sea Grass flooring isn’t usually found on center consoles, but it’s available ($871). Stingray makes it an easy call to go with a colored hull, such as the Sea Foam green our test boat featured, because of the low $722 upcharge. This is a substantial boat, weighing 3,648 pounds when equipped with a Yamaha F250, but owners can equip it with a trolling motor if they get the pre-rig package ($363). And to further raise its fishing chops, a bow-mounted fishing seat costs $371. Even buyers who don’t fish will want the raw-water washdown feature ($443), because there’s always a passenger who tracks mud aboard. It has a 68-gallon fuel tank, but more capacity would give us the range to take longer trips.

I grew up on the Jersey Shore and have always been around water, so when we moved to Sarasota, we knew we had to have a boat to really experience the lifestyle on the west coast of Florida. We were looking for a boat we could use to fish for snapper, seatrout and redfish, but we also wanted a boat that was good for coastal cruising. My buddy called and said he had the perfect boat for me, so we went to Ingram Marine and checked it out. We really liked the fact it was loaded with features but was still reasonably priced. There was no pressure during the sale and they answered all my questions. It had been quite a while since we had driven a boat, and they took me out as often as I wanted until I was absolutely comfortable. We really like the 236CC’s smooth ride and comfort and like to cruise to restaurants such as Marina Jacks or to Beer Can Island where we can pull up on the beach and relax with other boaters.