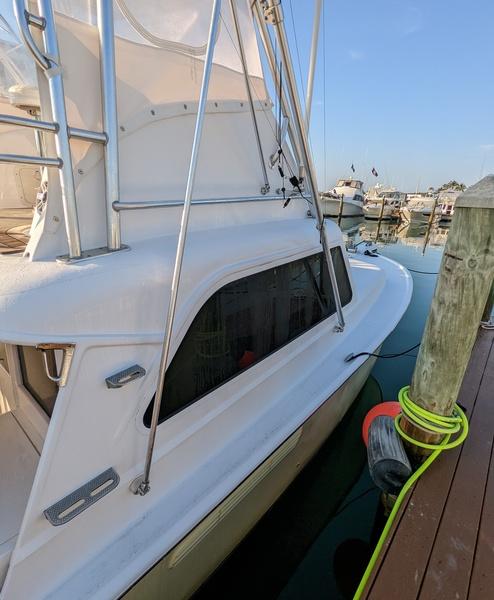 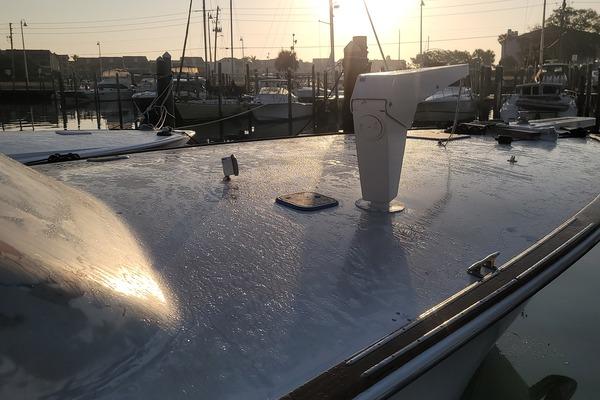 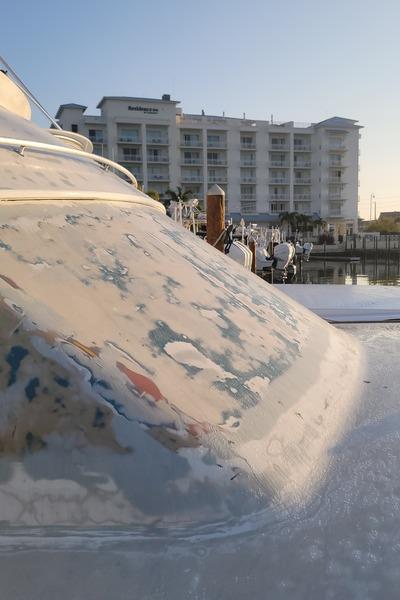 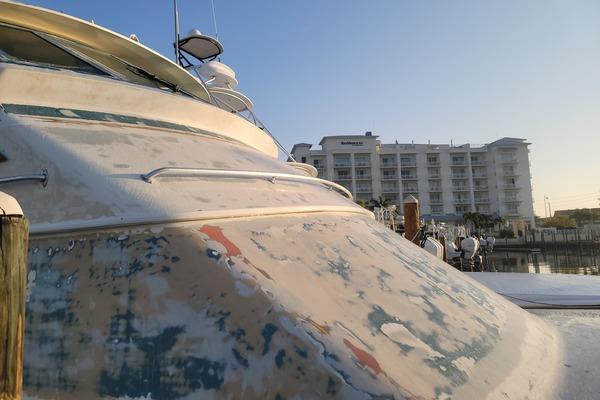 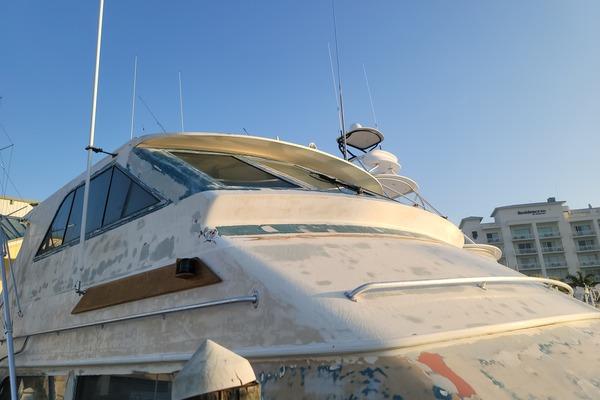 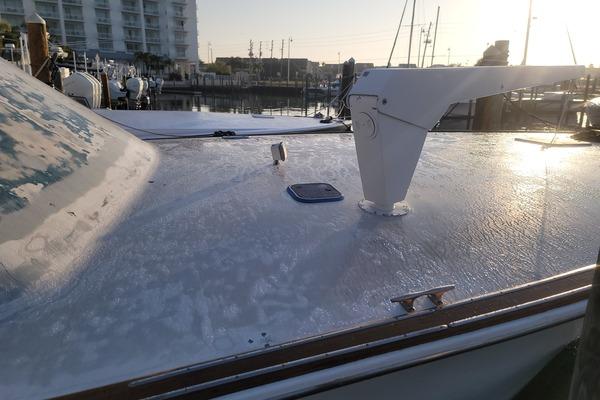 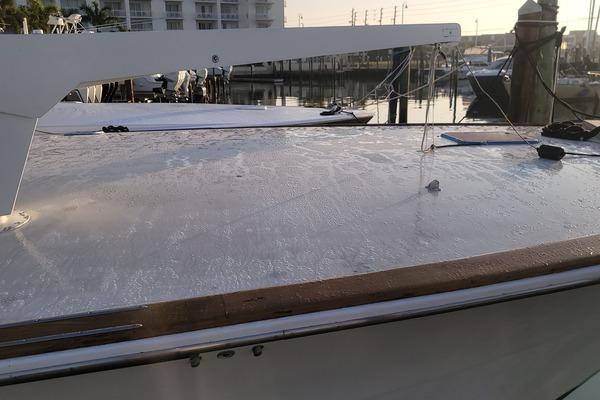 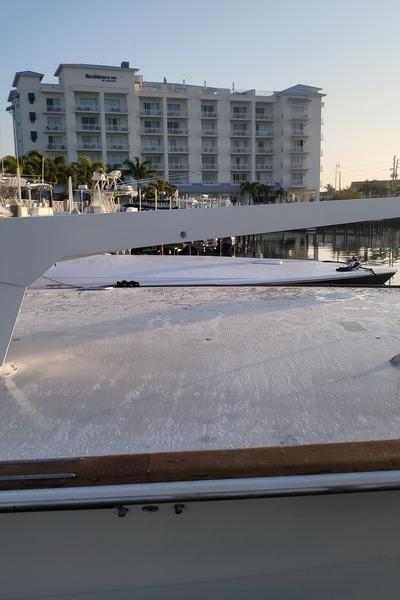 The Sylvan Signature 8525 LZ takes a giant leap forward in 2012 with new styling and clever features that make this pontoon the complete package of comfort and sportiness.

There’s something to be said for waiting to jump on a trend’s bandwagon until you can nail it, and Sylvan proves it with its first-ever rear-lounger pontoon. Not only do its overstuffed  couches have rearward-facing laybacks, but Sylvan one-ups the competition by giving them forward-facing recliner seatbacks, as well. The rear loungers are long and wide enough to accommodate yin and yang riders at the same time, so they’ve got you covered whether you are coming or going. And because they are inside the fence, which has new D-rails this year, it’s safe to ride on them when cruising.

The Signature and Mandalay lines are Sylvan’s top-of-the-mark pontoons, and the builder stays within the confines of its midsize niche with this flagship 8525 model, which is 26 feet, 10 inches long, but still has room for 14 passengers. The large rear deck also sets the Sylvan apart and is made with optional synthetic teak for good looks and easy maintenance. Our triple-tube test pontoon has aluminum “platformettes” that extend to the sides of the outboard to create more room and help make boarding easier. The aluminum boarding ladder is a departure from the usual arrangement and stows pointing upright, which makes it easier to deploy from the water for greater safety. I got a good look at the 8525 LZ’s pontoon configuration as the boat backed down the ramp on a trailer at Wawasee Slip in northern Indiana. Our test boat features Sylvan’s exclusive 27-inch Revolutionary Planing Technology (RPT) outer tubes that resemble miniature V-shaped boat hulls with flat chines to create more lift. The setup includes a 25-inch round center tube that’s positioned farther back to allow mounting of the Mercury 225 hp OptiMax Pro XS direct-injected two-stroke, which is the max horsepower for this setup. With all this technology going for it, the Signature 8525 got out of the hole quickly and on plane in 2.6 seconds. The OptiMax 225 powered us to 30 mph in 8.5 seconds and gave us a top speed of 41.4 mph. Although the two-stroke Mercury performed well, its sound level at wide-open throttle was 97 decibels, which is significantly higher than a four-stroke Mercury Verado, but it does save you several thousand dollars. On test day we had a pretty good chop brewing in the center of the lake, and when we transitioned from our calm cove to the lumpy open-water section, we really didn’t notice a lot of difference. The RPT tubes help the 8525 ride high over the water, and because they’re V-shaped, they sliced through the chop better than a pontoon with all conventional tubes, providing greater comfort. The Performance Package our test boat is equipped with also includes an aluminum underskin that smooths the ride in rough conditions. Without it, water hitting the deck’s cross-members slows you down and sounds like a high-pressure hose hitting the side of a tool shed.

There’s no more disconcerting maneuver for passengers than a pronounced outward lean in extreme turns, which some pontoons exhibit. But flinging the Sylvan hard into corners was easy, thanks to the hydraulic power steering, and we could carve a high-G turn that had a slight inward lean because of the boat’s tube configuration. Even at slower speeds, the 8525 tracked very well, because the V-hulls act as full-length keels that give it better traction, which comes in handy in a strong beam wind.

The triple-tube RPT setup is perfect for people who love watersports. When you power the boat correctly, you get the tight handling and excellent performance needed for anything from wakeboarding to barefooting. The center tube has a giant centerline ski locker, but it could use a ram to keep it open.

The Signature 8525 is ideal for leisure cruising, with two more recliners in the bow along with a solo seat to the left of the captain that has a pull-out ottoman — something I’ve never seen before. I’m calling it the “man chair” because of its resemblance to a living-room throne.  There’s no sunpad in the stern, because of the dual rear loungers, so the pop-up changing room is in the back of the port-side lounger and deploys quickly.

The captain has a great “work” station, with a dash accented in realistic burl wood that matches the new slim-line cockpit table and movable cupholders. Lighted rocker switches keep the driver in command on night cruises. The skipper has a remote JBL stereo control on the right side, far away from guests with dubious musical tastes. Four Infinity speakers are located at foot level and are pointed slightly up for better sound dispersal.

If your budget allows, RPT tubes are the way to go for maximum performance, but you can also get a Tri-Toon round-log package with lifting strakes. That’s the next best thing and still puts watersports in the picture. Adding a ski pylon, which puts the ski rope high over the engine, creates the perfect setup for skiers and tubers. Those who aren’t in a hurry to do anything except relax can even get the 8525 in a twin-tube configuration. With rear loungers, I like four-stroke power instead of a direct-injected two-stroke outboard, because you don’t have a sunpad to isolate the higher noise level. It’s especially important on this pontoon, because you will always have guests lying in close proximity, unless you are unpopular and are riding solo.

To take the Signature 8525 LZ to its highest level, a couple of options will help. For the changing room, add a Porta Potti, because you know if you have kids along there’s going to be an emergency. Our test boat is equipped with a flush-mounted Humminbird 365i GPS/fishfinder, and the standard 30-gallon fuel tank will allow you to explore larger bodies of water. For the added bling factor, lighted cupholders and underwater lighting are available. Optional pull-up cleats give you a clean look that pairs well with the

stainless steel bow plates in the corners. A full camper enclosure helps you extend the great times on the water from day long into the night.

I would like more room under the console for the driver’s legs.

We live in Detroit but plan to retire to Tellico Village, Tenn., in about a year, so we wanted to get a boat for cruising on Tellico Lake, where we bought a house. My father had a pontoon boat 25 years ago, and I remembered how much fun it was, but I also remember getting stranded, so I wanted something more reliable. I noticed that a lot of locals had Sylvans, and I took that as a good sign. We went to the Knoxville Boat Show and met Teddy Haywood, who showed me the Sylvan 8525. I was impressed with Teddy and the boat and ended up buying it. It’s become a real family thing for us. I have two grandkids, ages 1 and 2, and the boat has high rails and secure doors, making it very safe for them. The after-the-sale support has been fantastic, and I know I made the right decision. I’m even thinking of starting a Sylvan club.

One thought on “Sylvan Signature 8525 LZ”