Yamaha takes its comfortable and sporty jet boats to a place they’ve never been before. 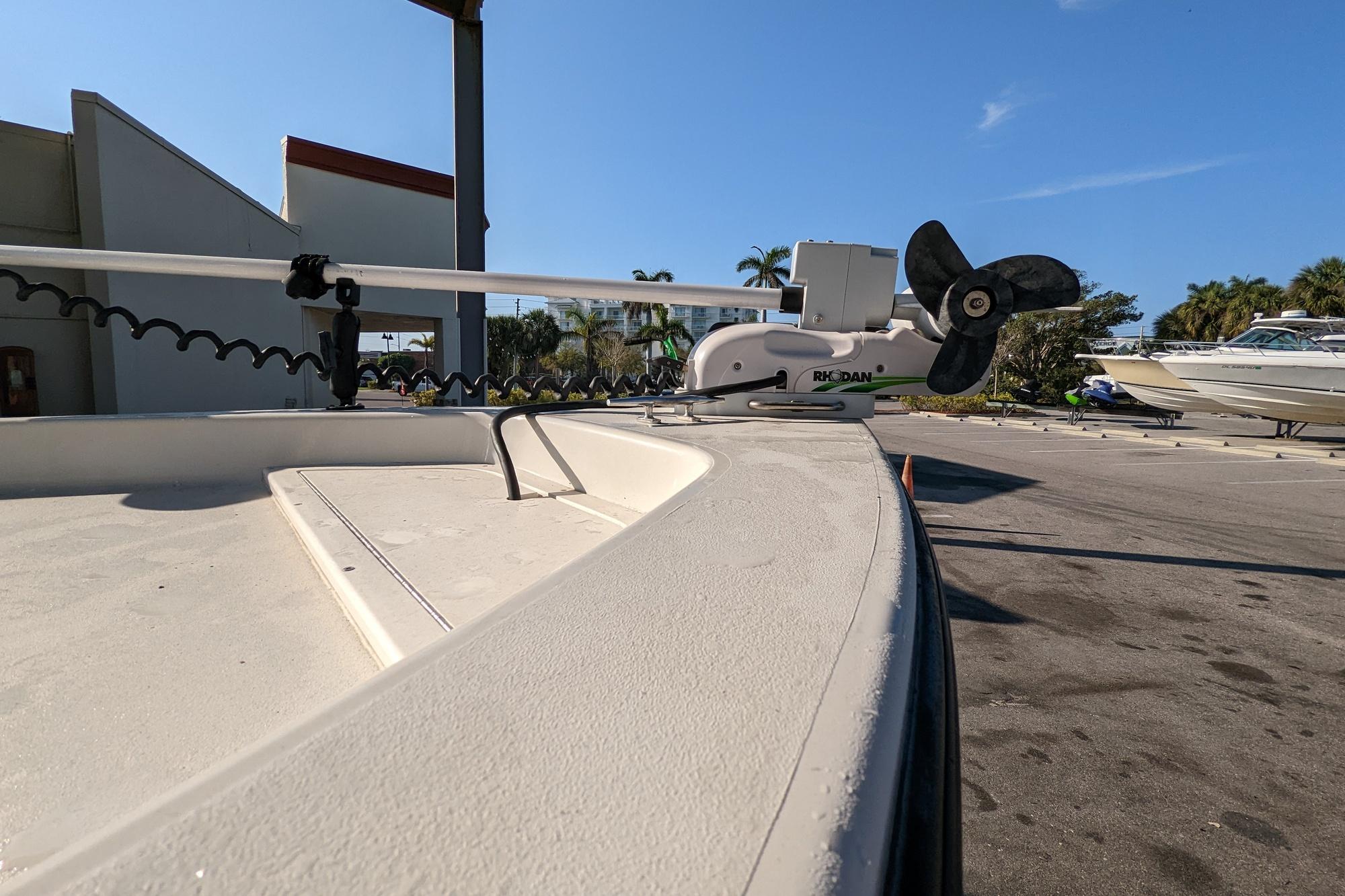 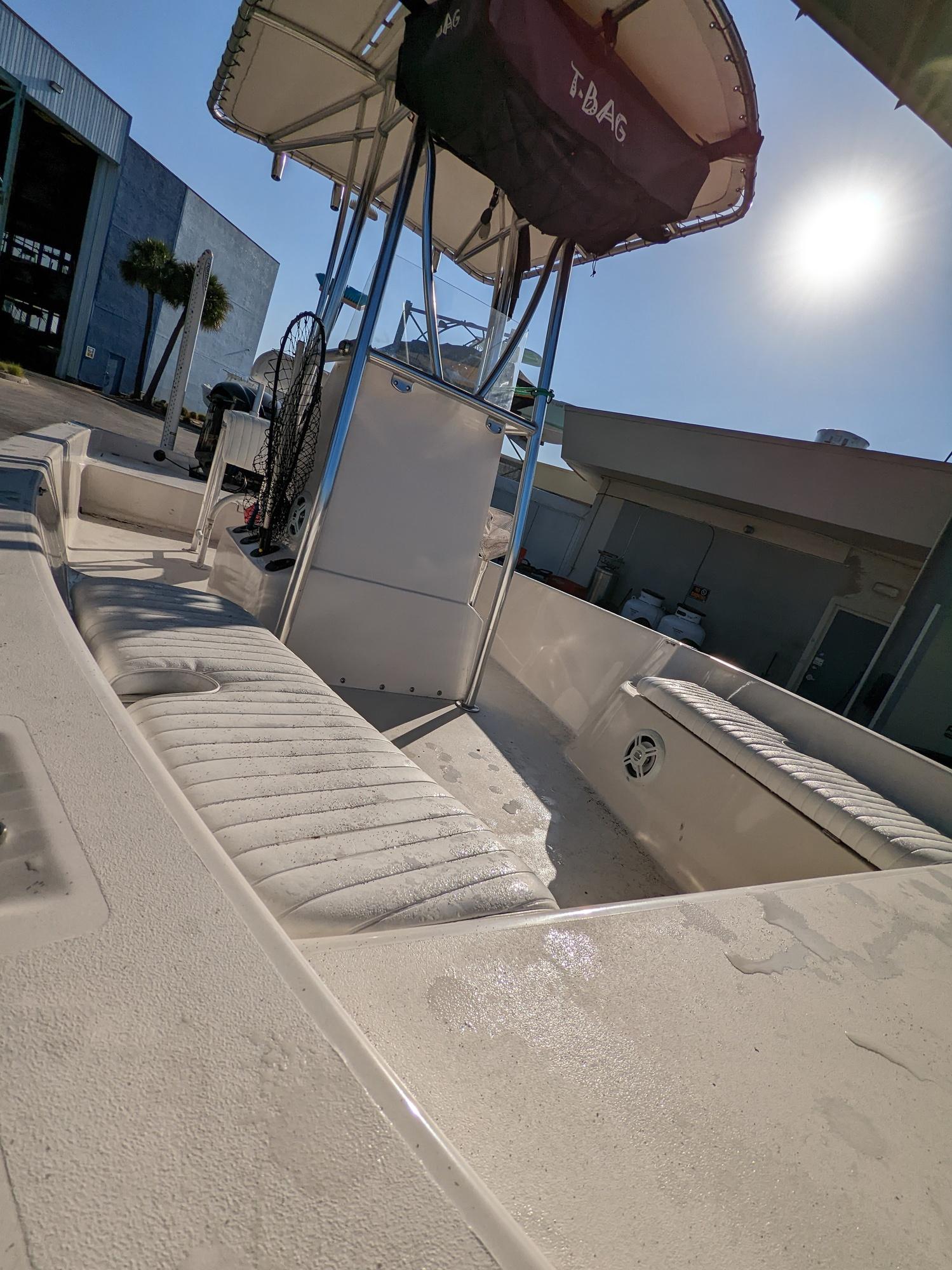 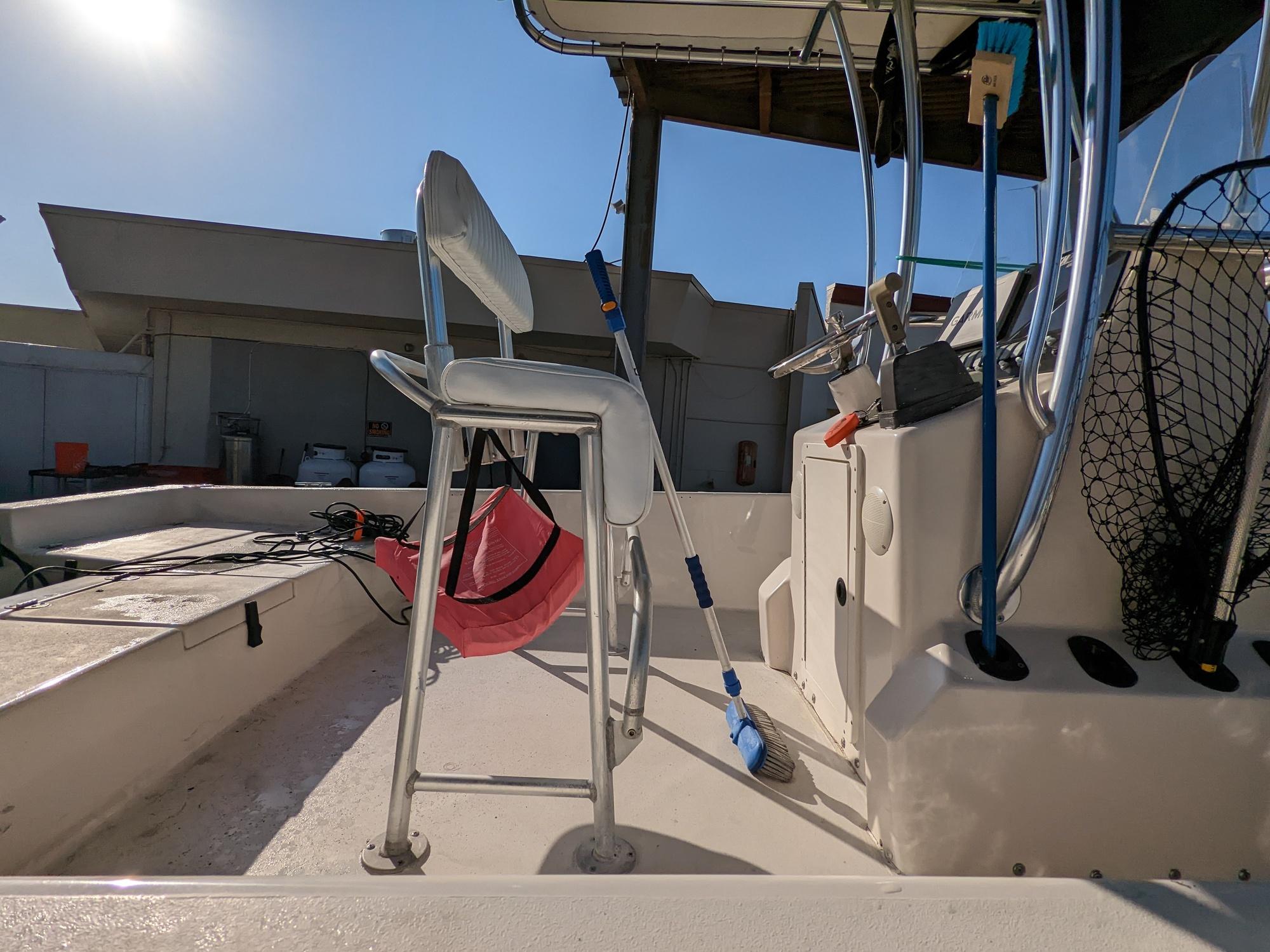 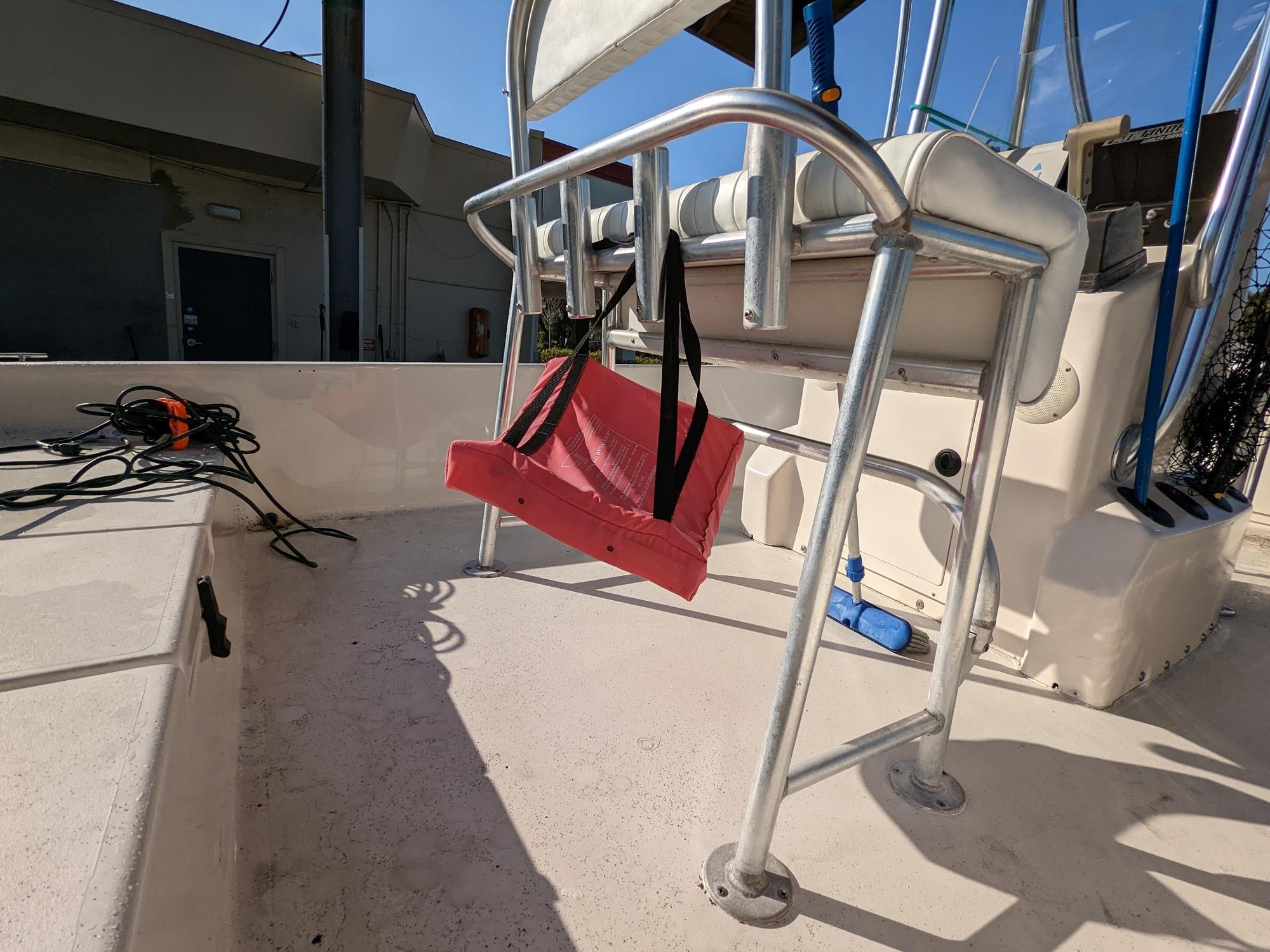 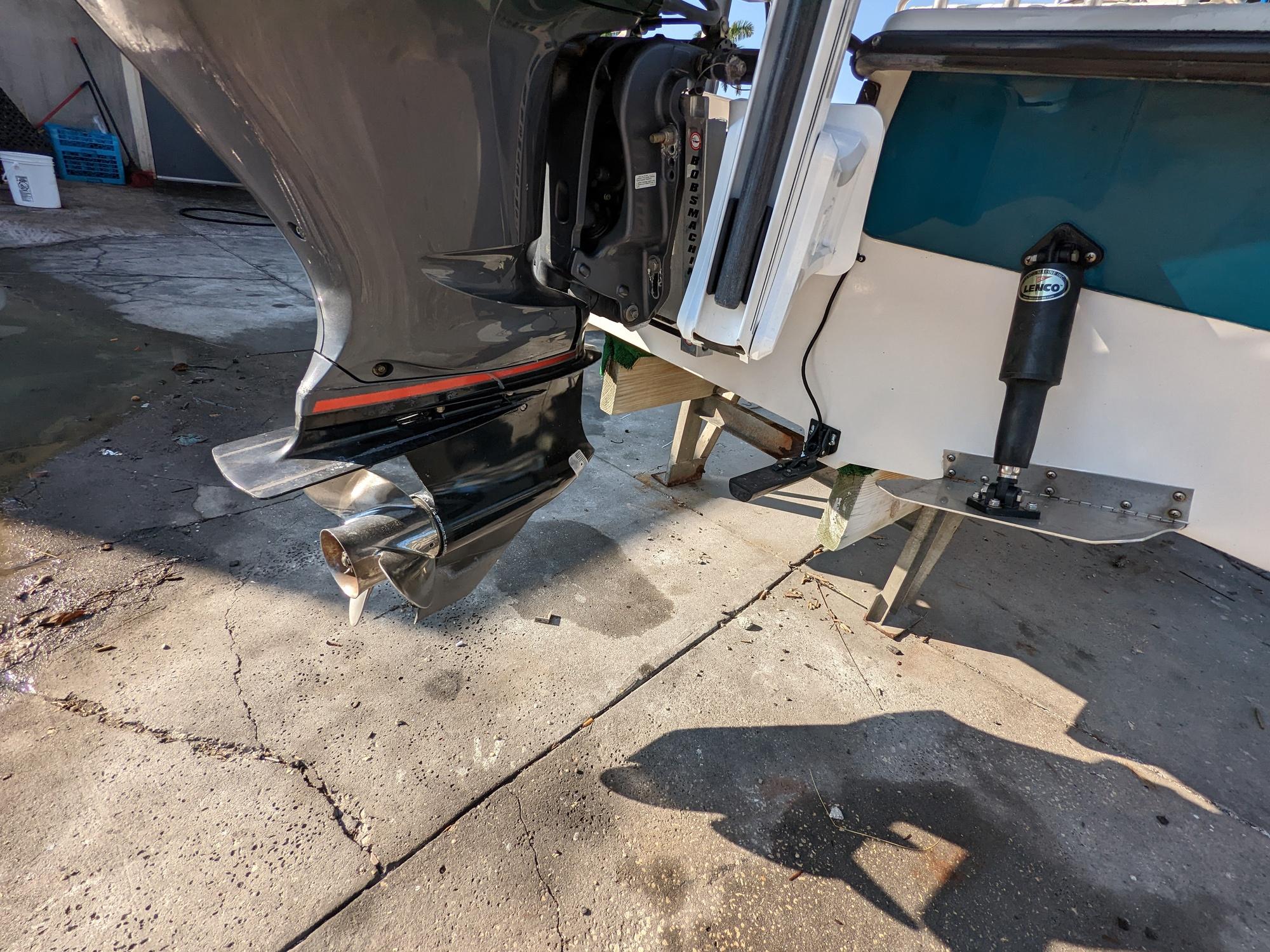 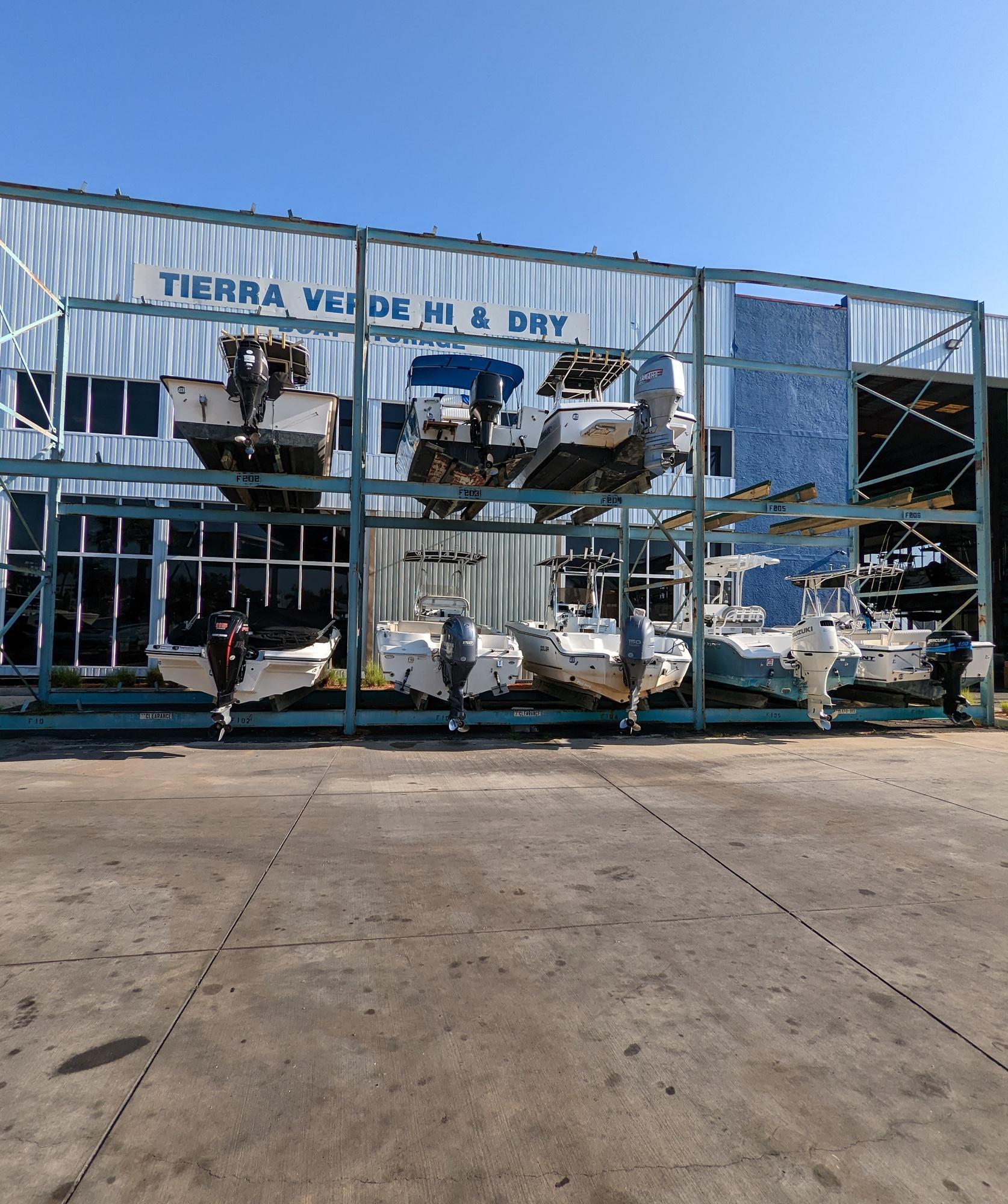 It’s a known fact that anglers will find a way to fish on any boat, and I’m certain Yamaha jet boats have been used as fishing platforms ever since they hit the market in 1996. And there are a lot of them out there. Yamaha is building 500 to 700 boats a month, which for many boat companies is a good production year. But Yamaha had never designed a purpose-built fishing boat until it unveiled the 190 FSH family of boats.

One of the things that has made all Yamaha boats so popular is the two-tier rear lounging area. Its designers know that most of a boat’s time on the water is spent with the key in the off position, so they created a space people gravitate to when its boats are at rest. With comfortable backrest cushions and padded decking, it also just happens to be one of the most relaxing places to wet a hook. Thanks to Yamaha’s beam-forward design and an 8-foot beam, there’s an expansive raised casting deck in the bow that’s wired to accept a trolling motor. The forward deck is also a great place to toss a cast net for bait, and there’s even a dedicated storage area in the stern for stowing a five-gallon bucket, where most people store their nets.

The 19-foot long 190 FSH is the first Yamaha jet boat to have a center console, which is a common thread among most saltwater fishing boat designs and gives anglers a platform that’s fishable in all of its 360 degrees. We tested the Sport model, which comes with a T-top with a lightweight canvas canopy for shade instead of a Bimini top, which can hamper fishing mobility. And at only $2,000 more than the 190 FSH Deluxe, it’s a bargain that gives passengers more places to hang on thanks to the fat aluminum tube frame. For more shade, head to the aftermarket and add a SureShade extended top. Powering the 190 FSH is a Yamaha 1.8L, four-cylinder four-stroke that’s mated to a 155 mm pump jet drive, which puts out approximately 180 hp (Yamaha doesn’t publish horsepower ratings). It has the highest displacement of any jet-powered boat in the industry, and because it’s non-supercharged, it makes its power in the easiest way possible. Although some mechanical efficiency is lost with a jet drive, its simple direct-drive system has far fewer moving parts than outboards or sterndrives, and it only draws 16 inches. But the real beauty of this engine is its compact size, which makes the roomy accommodations in the back possible. The lack of a propeller makes it attractive for owners with teenagers who will be driving the boat. One downside to some jet-propulsed engines is that they can ingest things such as seaweed or fishing line, but Yamaha has a patented clean-out port that can be accessed in the wet locker on the transom.

The High Output four-cylinder, four-banger engine moves the 190 FSH efficiently, but it’s not quite the screaming machine Yamaha’s twin-engine HO-powered models can be. Granted, conditions were far from optimal on test day, with temperatures in the high 90s on Lake Oconee, east of Atlanta. Add a full tank of gas, glass-flat conditions (a little chop is better) and a couple of buffet-loving Americans on board, and it produced the pokiest numbers you’ll see on this boat. Its time to plane was 3.5 seconds and it took 9.8 seconds to reach 30 mph. Although we’ve seen this boat reach speeds up to 43 mph in other tests, on test day we could only wring 38 mph out of it at 7500 rpm. But for waterskiing, this setup provides the perfect rate of acceleration, unlike quicker models that can be too abrupt if the driver hammers the throttle. Jet boats can be difficult to handle for boaters who are used to conventional power. Because there’s not much hull protruding into the water, jet boats tend to wander at slow speeds and can slide out during hard cornering. And the boat is steered by the thrust from the jet nozzle, so when the power is chopped, there is little or no directional control. Yamaha corrected these problems with an innovation called the Articulating Keel, which is a rudder that serves as an extension of the boat’s pronounced keel and tracks with the jet drive to deliver precise cornering and off-power steering — especially useful for docking — and allows even rookie drivers to back up in a straight line. At speed, the Articulating Keel helps the 190 FSH carve beautifully during hard turns as the boat leans in gently. One of the interesting side effects is that when you let go of the wheel (not recommended), it automatically resumes a straight-line course. The hull itself has 18 degrees of deadrise, which gives it a good blend of wave-slicing ability and side-to-side stability at rest.

Ostensibly, the FSH stands for Family Sports Hybrid, but once we insert the all-important I, we know its primary mission. Its center-console design sets the tone for its fishin’ mission, and Yamaha provides plenty of space for installing big-screen electronics — either flush mounted in the dash or on a gimbal on top of the dash, which has a lip for containment of loose items. The double-wide leaning post sits high to accommodate a standard Igloo Marine cooler and has a tall backrest for comfort that can be flipped forward to provide rearward seating at rest. Six vertical holders are on the sides of the console and four more horizontal racks are under the gunwale, with four more in-gunwale holders. Useful fishy features include an 18-gallon aerated livewell in the stern and a coaming pad that encircles the cockpit to protect knees during fishing. For storing the catch, an insulated cooler is set into the casting deck. There’s a raw-water washdown that’s tied to the jet drive system and eliminates the need for an additional pump, but I was a little surprised it produced a weaker-than-expected blast, given the horsepower behind it.

The 190 FSH Sport shifts easily into ski mode, with a standard tow eye in the stern and a 100-degree rearview mirror for the driver, but unlike other Yamaha boats, it doesn’t have an in-floor ski locker. Cruise control helps dial in the perfect tow speed; it also includes no-wake assist to fine-tune boat speed in no-fly zones. Passenger capacity is eight, and there’s plenty of seating for all. On either side of the leaning post, which can hold two passengers, are flip-up jump seats. On the casting deck is a thick pad for two more passengers, and in front of the console is a doublewide seat with a tall backrest for comfort. Flip up the console seat to reveal a changing room within the center console that can be equipped with a Porta Potti. For cranking out your personal soundtrack, there’s a two-speaker Jensen Bluetooth stereo.

The option list is short, because virtually everything is a standard feature on the 190 FSH Sport, which lists for $32,499. It even comes with a painted single-axle trailer; a galvanized trailer is the only other option. The Deluxe version is $30,499 and has a Bimini instead of a T-top, but has every other option, including a bow fishing seat, which, curiously, the Sport version is lacking. The 190 FSH version comes in at $27,999, but doesn’t have any sort of top for shade, nor does it have the bow seating cushion, leaning post backrest or the dual battery setup the other two have. It has a raw-water washdown, but I wanted to have fresh water available, so I had a tank installed.

I’ve owned several kinds of boats, including cruisers and conventional fishing boats with props, but for the shallow, grassy areas I frequent, such as the Gulf of Mexico and Lake Tohopekaliga, I decided a jet boat would be a better fit. My first one was a 15-foot Sea-Doo, but it was too small for what I wanted to do. When I saw the Yamaha 190 FSH Sport, I knew it was the perfect boat for me. The front casting deck and rear seating areas are fantastic places to fish from. My wife likes the fact it has a head compartment. There’s plenty of storage and lots of comfortable seating, so when I have guests, there’s room for all. I love the way it handles and it has plenty of power. I’ve even driven it to Bimini four times in good conditions and have slept on it. The center console and leaning post make it easy to stand and drive, which I prefer over sitting when in the waves. The service at BMC Boats has been fantastic, both before the sale and after.