A Personal Locator Beacon (PLB) is a small radio beacon that initiates a search-and-rescue effort if it is activated. PLBs work on either a 406MHz frequency, 121.5MHz, VHF DSC and/or AIS, and a number of manufacturers produce them, including ACR, Kannad, McMurdo and Ocean Signal. These units are waterproof and purpose-designed to save lives, so don’t confuse them with a smartphone that won’t be much good in the water.

Once activated, the PLB sends a signal to COSPAS-SARSAT, the low-orbit international satellite system for search and rescue (SAR), which in the U.S. is monitored by NOAA. The signal is then transmitted to the nearest Earth station, which contacts a local Rescue Coordination Center (RCC) or SAR agency. A PLB can generally guide rescuers to within a few hundred feet of it (and the person it’s attached to), and some units have a strobe light that will help onsite searchers pinpoint its location at night or in times of limited visibility, such as fog. 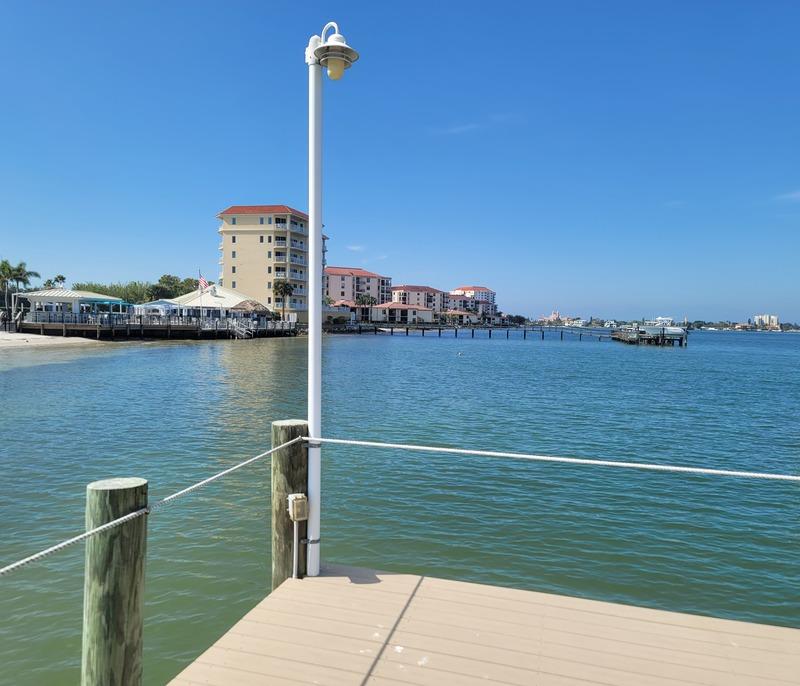 A PLB comes with a long-lasting lithium battery that remains dormant until the unit is activated. Once in use, PLB batteries are generally good for 24 hours of operation in colder temperatures but may last five to six hours longer in milder climates.

Expect to pay $250 to $500 for a PLB that can be used in both marine and backcountry applications. PLBs work like EPIRBs (Emergency Position Indicating Radio Beacons), but EPIRBs are registered to a ship and are not technically portable, although they can be carried from one boat to another. PLBs are smaller and are registered to the person, so owners can take them anywhere.

PLBs are designed to attach to one’s clothing or a PFD, so they’re always at hand and ready to work, which is good, since accidents don’t happen on a schedule. Anyone in the water with an activated PLB should try to keep it above the surface and pointed at the sky. Don’t turn off a PLB to save its battery life, because doing so can interfere with SAR efforts.

Users need to register their PLB, which is free. Doing so provides SAR organizations with personal information such as a name, address, emergency contact, phone and any medical conditions. Having this information may speed up response time and allow  authorities to reach one’s family or at least an emergency contact. Owners need to update their data every two years. Register beacons at beaconregistration.noaa.gov.

If the PLB has a test mode, use it, which will ensure the unit is ready. Owners should give it some practice, so they’ll know how to manually activate it if the time comes. PLB manufacturers have information about how to test their units in the packaging or on their website.

Anyone who sets off a PLB accidentally needs to call the U.S. Coast Guard to cancel the alert. Frivolously calling for emergency assistance is considered a felony, so letting the authorities know an alert isn’t real is vital.

PLBs do one thing: They broadcast their location via satellite in case of emergency. They work worldwide and in conjunction with governments and rescue agencies around the globe. They work once activated and don’t need a subscription service.

Satellite messengers such as the inReach or SPOT can send SOS messages and engage in some limited one- and two-say messaging, depending on the model. Owners can communicate with people back home to say they’re OK and relay a GPS position. However, personal trackers or satellite messengers work on subscription plans, usually paid monthly. Also, these devices work on a different satellite network with theoretical worldwide coverage, but signal strength can vary.

Needing SAR services is less a matter of distance — even boaters who never get out of cellphone range should have them — and more about the type of use. On a boat, the best place for a phone is in a dry compartment and not in one’s pocket, where it can go for an accidental swim. In case of an emergency where someone ends up in the water, he won’t be making any calls for help on his phone. Also, once one is in the drink, how will he communicate his exact location unless he looked at a GPS immediately before going overboard?

A working cellphone can help relay additional information and can allow people to contact home, so it’s good to have. A PLB sets the rescue operation in motion with dedicated rescue resources ready to search the right area. The simple answer is this: You wouldn’t rely on a PLB to call home, so why rely on your phone to activate SAR?

Check out Personal Locator Beacon manufacturers and their products: