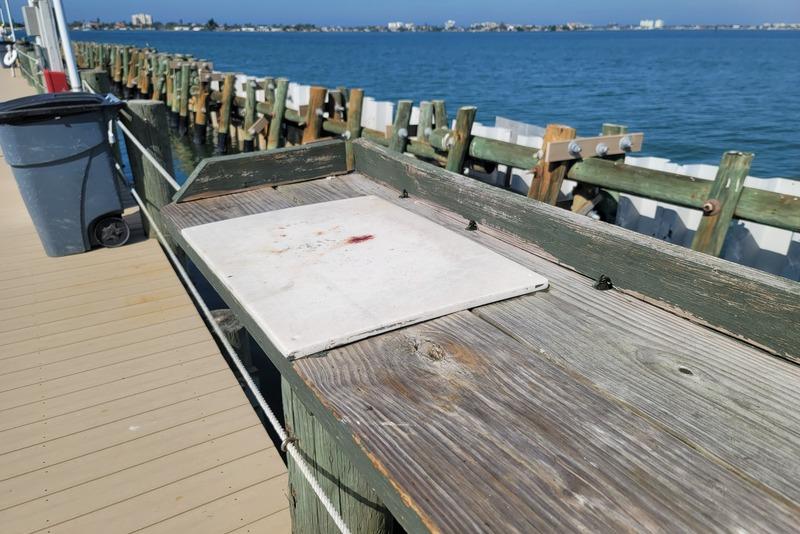 Catamaran have gained traction in recent years in the powerboat world, getting bigger, getting smaller, getting more powerful, getting more versatile. Aquila Power Catamarans is part of all of that, building a cat as large as 48 feet and now introducing a 30-footer (32 feet, 7 inches LOA) that is party in the front and the back. 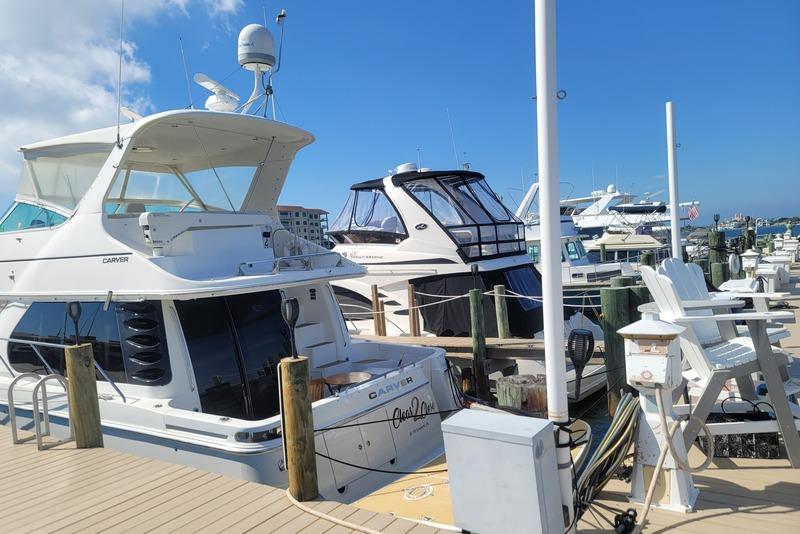 Seating in the bow can accommodate three people chaise-lounge style with their feet aimed forward. That’s on a single chaise to starboard and a doublewide one to port. Backrest-like padding along the inside of the hull also allows at least six people to sit with their feet aimed toward the center. Cupholders abound. 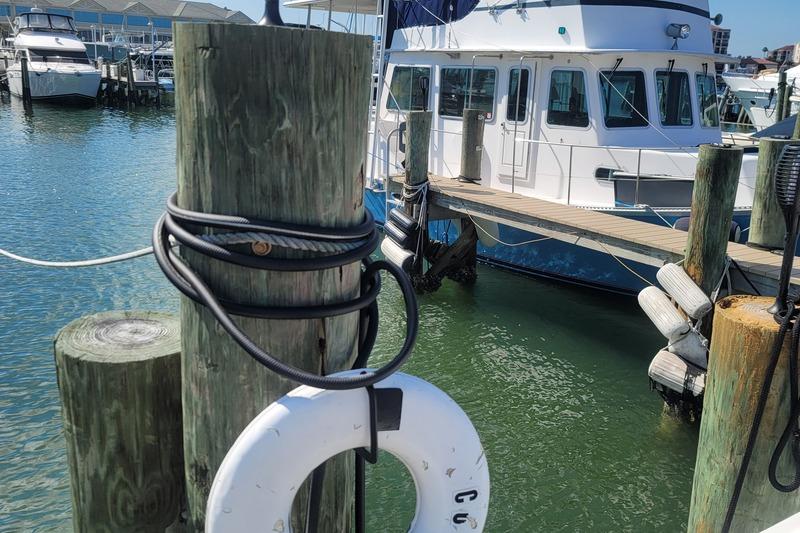 Aft is the signature feature on the Aquila 32. Two outboards — Mercury 225s, 250s or 300s — occupy the transom, but they’re not the feature we’re referring to. The swim platform is. It nearly spans the 12-foot, 8-inch beam (its width makes it a better fit for owners with a dock behind their house or who have a slip in a marina) and extends a couple of feet behind the outboards, and it is hydraulically driven, capable of lowering down into the water. Basically, it is a large platform that has cutouts in it for the outboards, creating a hangout spot for at-anchor water activities. 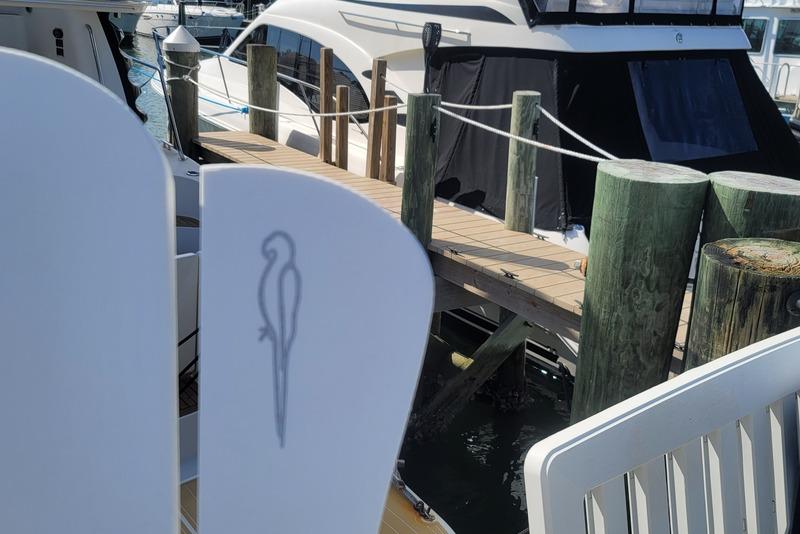 Between the transom and bow is a lot more seating, making this sporty dayboat a 16-passenger beast. The helm seat is doublewide. The companion seat to port is doublewide. Aft of both are settees; the one to starboard has a table. Aft of both settees are sun lounges, and the seatbacks on the aft settees swing forward and aft, giving the sun lounges the versatility to be layout long or a chaise-like length. 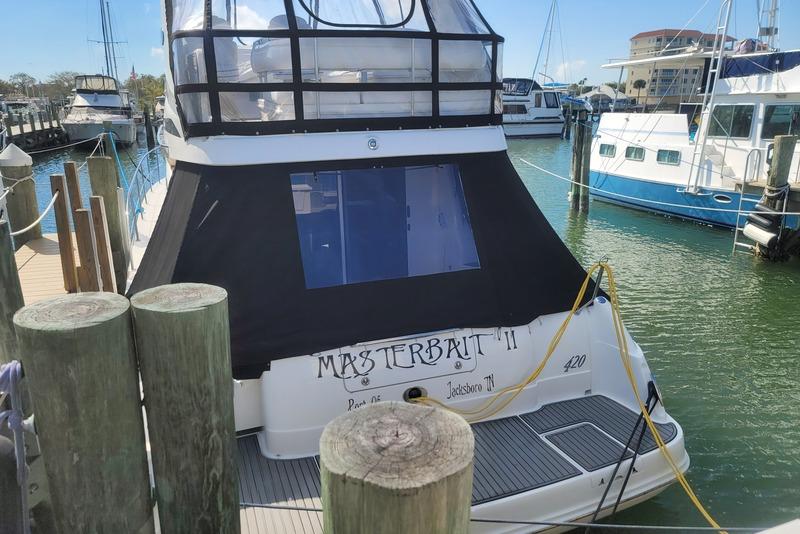 Belowdecks on the Aquila 32 in the port hull is a cabin with a berth, shelves, reading lights and hull windows. A head occupies the forward portion of the starboard hull. The sink faucet doubles as a handheld shower head.