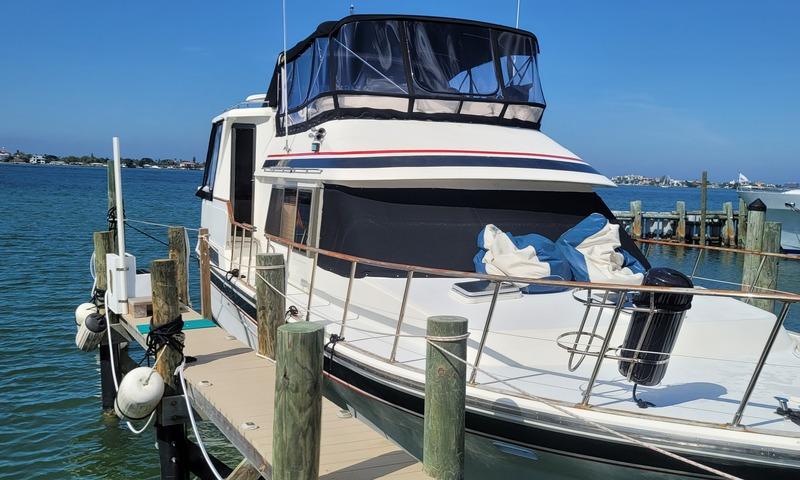 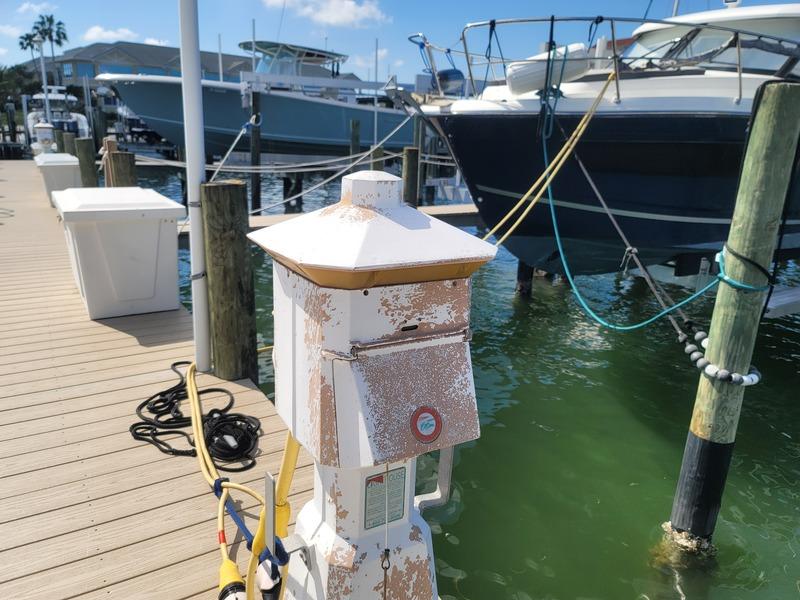 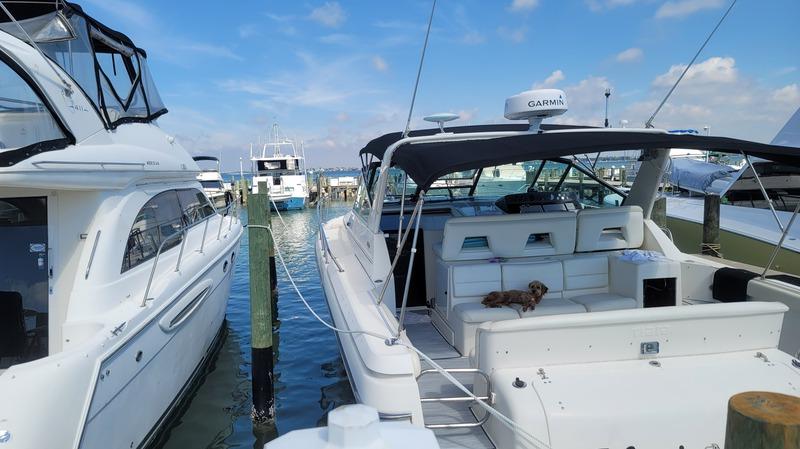 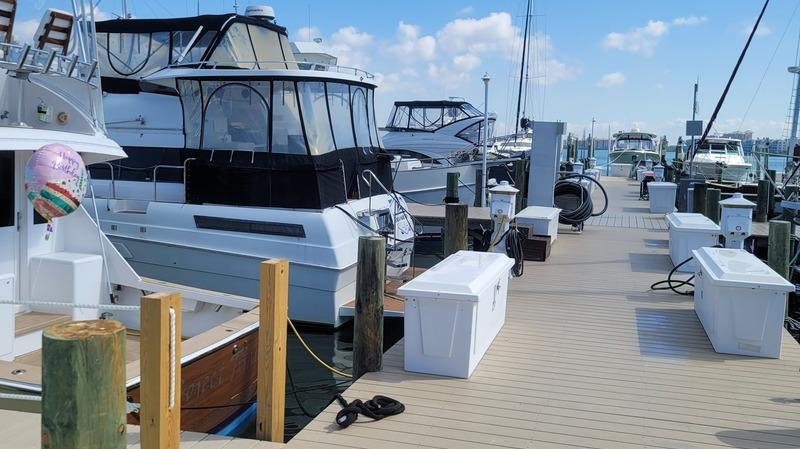 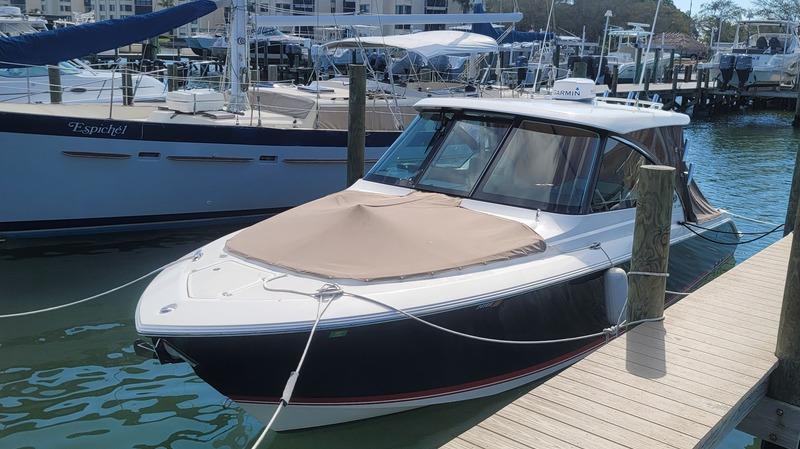 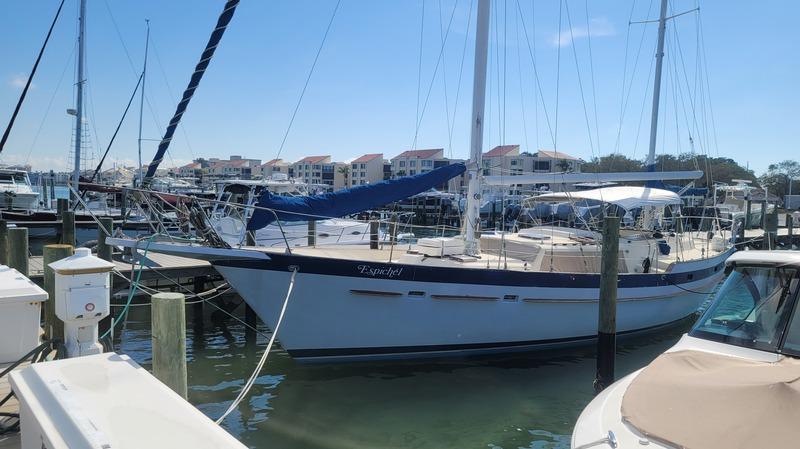 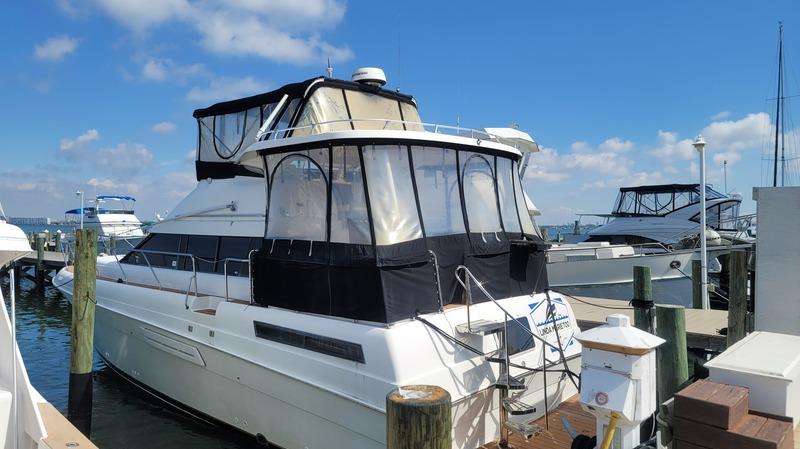 At the Minneapolis Boat Show’s inaugural NMMA Innovation Awards last year, a new company named Barletta shocked many people by scoring a win for the most innovative pontoon. This year, its designers set out to build a more affordable line, which they did, but despite their efforts the Barletta Elite E 22 Q is still a luxurious pontoon with understated elegance.

Sometimes it’s the small features that really leave an impression, especially when they’re something we’ve never seen before. On the Barletta Elite E 22 Q, the forehead-slapping feature that now seems obvious isn’t even for people. It’s a slide-out food and water dish for pets. We tested it with Jackson, the resident golden retriever at Wawasee Slip, the marina in northern Indiana where we conduct a lot of tests, and he gave it the Golden Snout of Approval.

I usually don’t write a lot about pontoon construction techniques, because most builders use the same tried-and-true processes. But Barletta does something unique that makes a big difference. It uses Vibration Isolator Pads (VIP) — large rubber pads inserted between the metal C-channels and the large metal crossmembers that support the wood deck — to virtually eliminate rattling and vibration that tend to occur when the engine reaches a certain rpm. The net effect is the entire pontoon feels really solid. This technique costs extra, and Barletta could have skipped it on its value line of pontoons, but it didn’t.

Our test boat came with the Tri-Toon Package, which features unusual lifting strakes on both sides of the center tube and on the inside of the outer tubes. They take a page from racing boats. Instead of just one flat surface, they offer a dual-stage strake surface that kicks in at different speeds. On the outside of the outer tubes are small extrusions called Wave Tamers that direct water outward and down, creating a drier ride. The standard transom is a 20-incher but a 25-inch transom is an option.

For power, our 24-foot, 6-inch boat test boat featured a Mercury 150 FourStroke. That’s a full 100 hp lower than the E 22 Q is rated for with the Tri-Toon setup, but even with the missing herd of horses the performance was respectable. On plane in 2.6 seconds, it reached 30 mph in 9.7 seconds and reached a top speed of 38.1 mph. Upgrading to the new-gen Mercury 200 hp V-6 provides a decent bump in performance. The new 200 hp is a V-6 with a 3.4L block, weighs 475 pounds (only 20 pounds more than the inline four-cylinder 3.0L 150), delivers a fantastic holeshot and has user-friendly features, including a service hatch at the top of the cowling that allows owners to check or add oil without removing the entire cowling. This 50 hp upgrade costs $4,170. To go up another 50 hp, to the V-8 250, will cost $10,590 more than the 150. With the 150 FourStroke and Tri-Toon setup, the bottom line on this boat tallies $63,330. Barletta will also rig its pontoons with Yamaha power.

The all-fiberglass helm on the Barletta E 22 Q is simple and compact but flashes a bit of luxury with a fat, hand-stitched wheel that provides great grip. Oversized multifunction gauges are easy to read, and toggle switches are high enough that the driver’s knees won’t accidentally push them into action. Plus, they have indicator lights, so anyone who looks at them will know when an accessory is on.

All Barletta tubes are 26 inches in diameter, which is larger than the industry standard of 25 inches; that extra diameter helps the boat ride higher in the water.

The nosecones are 46 inches long, which is a little shorter than normal, but this setup adds flotation at the bow, so the boat won’t plow when the party moves forward. Dual-stage strakes are designed to create a harmonious flow of water at speed and assist it during turns. I was able to crank the wheel all the way to its stop without a blowout. We experienced a moderate amount of lean-in during hard cornering.

Our test boat featured the quad-lounge setup, which includes four chaise lounges and plenty of open deck space that allows guests to mingle. The lounge behind the captain’s chair is shorter but still has plenty of room for a stretched out six-foot-tall occupant. I love the fact none of the backrests has any comfort-robbing features, like a fake headrest that jabs the occupant between the shoulder blades. The two-tone upholstery with pleated accent panels gives the lounges an understated look.

Up front are two matching layback seats and an optional changing curtain that flips up from the back of the portside lounge. Our boat had a filler seat option ($1,005) that can be placed to cover the port gate gap and deliver more seating flexibility.

Barletta knows that kids on board will demand to be dragged endlessly on a tube, so it includes what it calls a Tube-Tow Watersports Cage on all its boats. Its designers also know that tubes are getting huge these days (see “Boating World’s Tube Test 2019” in the June issue) and so they have overbuilt the “cage” so it can tow up to 3,700 pounds, which is considerably more than the usual 2,100 pounds most tow bars are rated for. To reach such a capacity, the ski tow’s tubes are oversized and the cage is anchored to the chassis, not just to the deck.

All Barletta models get an oversized rear deck that makes staging watersports easy and is optimized for lounging with features such as Yeti-ready cupholders. The Tri-Toon package also includes hydraulic steering, so the driver won’t get fatigued from whipping the kids around.

Despite its lower list price than the top-of-the-line L-class pontoons, the E 22 Q has several higher-end standard features, including a power Bimini top and more Yeti-ready cupholders at the EZ-Fill fuel station. Even two-tube models have an aluminum underskin on the underside of the deck, so occupants won’t hear the swooshing of the water as it hits the crossbeams. The standard stereo is a fourspeaker Bluetooth model by Hertz, a manufacturer that might be new to the marine industry but has plenty of experience building stereos for motorcycles; it knows how to deal with the elements and wind noise. A worthy upgrade would be a premium sound system that includes a subwoofer with an amp and upgraded speakers.

Our boat didn’t have it, but Mercury’s Active Trim ($885) does all the outboard trimming for the driver. A flush-mounted Simrad GO7 GPS sounder, which will come in handy on large lakes for navigation, is an extra $1,230. One cockpit table comes standard and has a dedicated storage spot in the port lounge; buyers can add another for $345. For beverage storage, an in-fl oor cooler option preserves storage space. For nighttime ambiance, there’s an interior lighting package ($2,093) that includes RGB lighting.

The Yamaha F150 is a good match for this pontoon, but you can always use more power, so maybe bumping it to a 200 would be nice.

My wife and I have been boating with friends on Lake Norman for four years on all different kinds of boats, and now we are the first to own a Barletta here. It’s a large, scenic lake with lots of coves that are perfect for watersports. Our grown kids, Brittany and Scott, live nearby and often join us on the weekend. We have two Catahoula leopard dogs, Anni and Remi, and they both love the pullout pet food tray, which I think is a great feature. We enjoy inviting friends for a sunset cruise, and 16 Yeti-ready cupholders provide plenty of places to park a drink. The furniture is really comfortable and the boat is well-built. We are first-time boat buyers and had a fantastic buying experience at Race City Marine. There was no pressure and they worked hard to find the perfect fit for us. We even got a phone call from the president of Barletta, Bill Fenech, to welcome us to the family.