The Princecraft Ventura 222 allows families to ski, fish and entertain without having to return to the dock. 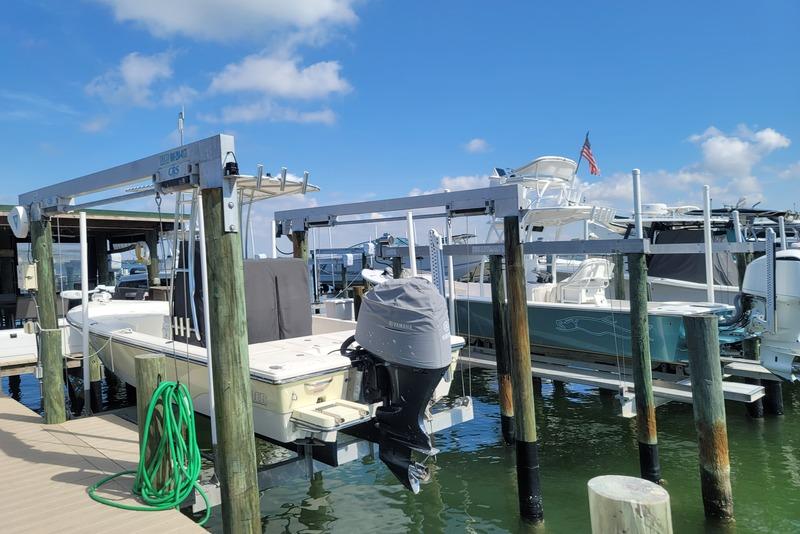 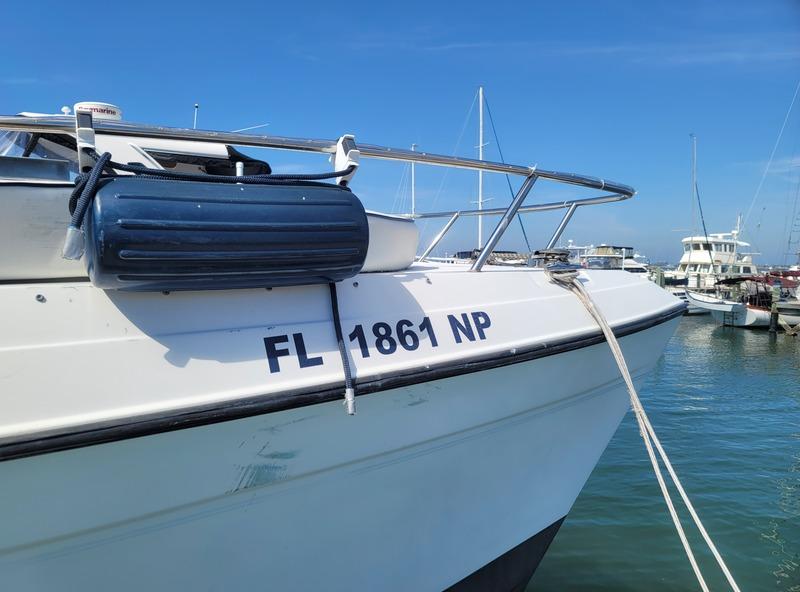 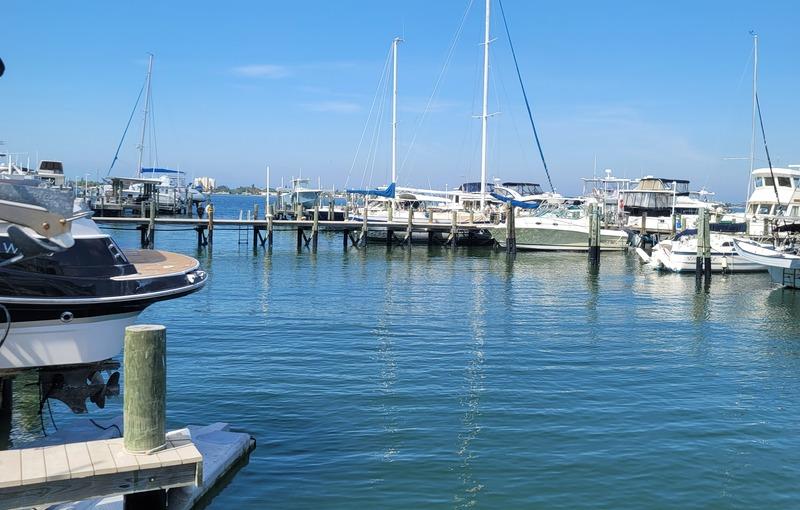 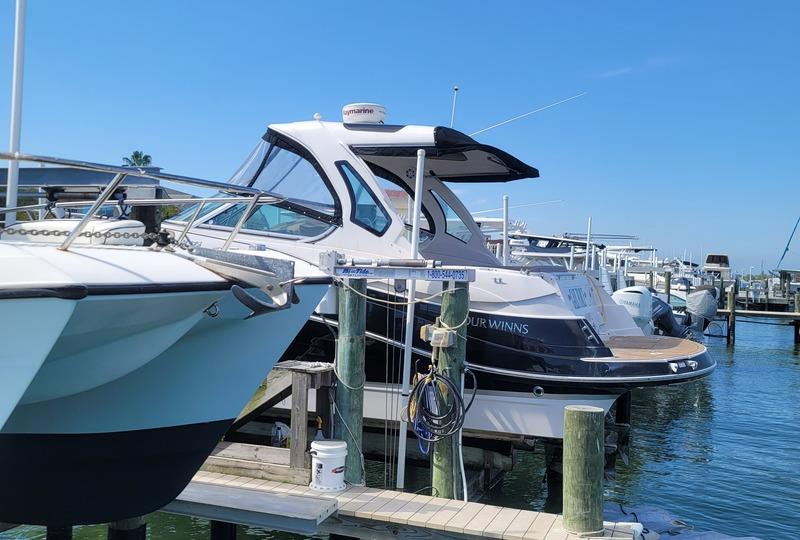 If a family can own just a single boat, one with the ability to do it all without requiring anything in the way of setup is gold. With the Princecraft Ventura 222, a boating family can shove off, ski to the first fishing spot, catch dinner, ski to their favorite cove, toss out the anchor, crank up the standard 200-watt Kicker stereo and settle in for an afternoon of pure relaxation.

Deckboats are a great platform for multitasking, because they are so roomy for their length due to the beam being carried so far forward. And the Princecraft Ventura 222 could be the poster boy for why this concept works so well. Probably the first feature parents with smaller children look for is a boat’s ability to corral those little bundles of energy. Sometimes deckboats fall short, because many are open on all quadrants, but the Ventura 222 scores high in kid containment, thanks to high gunwales, tall lounge seatbacks and boarding gates to port and in the stern that thwart escape attempts.

This boat is almost a hybrid pontoon/deckboat, not just for its aluminum structure but also owing to its layout. A seldom seen feature for this genre is a full-width stern sunpad. The Ventura 222 has one that features a slightly raised lip in the back that should ensure semi-somnambulant sunbathers don’t roll off. The starboard section flips up to create a walkthrough to an abbreviated rear deck that on our test boat was augmented by an add-on swim platform ($683) and a stainless steel boarding ladder. It can be bundled with a bolstered captain’s chair and a ski tow for a total of $1,453, which Princecraft calls the Entertainment package. With a standard Mercury 150 FourStroke, the Ventura 222 starts at $48,700.

Our test Princecraft Ventura 222 featured an optional new-gen Mercury V-6 175 hp FourStroke outboard, which comes at a $4,480 upcharge over the standard 150 hp inline-4 FourStroke, but it’s well worth it. Not only is its acceleration superior — 2.3 seconds to plane and 5.6 seconds to 30 mph — but user-friendly features make it more pleasurable to own, foremost among them the ability to check and add oil without having to remove the cowling. Thanks to a lightweight 2,250-pound aluminum hull, which is 770 pounds less than the shorter Sea Ray SPX 210, its top speed reached 43 mph.

The max power for this 22-foot, 2-inch model is 200 hp, and it would be a good $2,293 upgrade from the 175, both for the extra 25 hp and the addition of Digital Throttle and Shift (the 175 has a mechanical shift setup). Because Princecraft is part of the Brunswick family, power options are limited to Mercury. At a cruise speed of 29.4 mph, the engine was turning at 4000 rpm and the sound in the passenger seat registered only 81 decibels — the large sunning pad has a dampening effect on engine noise — and at WOT, the sound peaked at 91 decibels.

The first thing I noticed when I put the Princecraft Ventura 222 on plane was the absence of bowrise; it just rises up and rockets away. Its light hull plays a part in this, but so does its fairly shallow 13 degrees of deadrise, which provides tremendous lift. The flattish hull also adds to its lateral stability. Let me disavow anyone of the notion that anything less than 18 degrees of deadrise is going to provide a pounding ride. Test day on Lake William in Quebec, not far from where Princecraft builds its boats, was blustery and cold, but the Ventura 222 rode over the chop nicely with little banging. Give partial credit for the comfortable ride to a relatively narrow 8-foot, 1-inch beam that exposes less hull to the chop and reduces drag for better fuel economy.

The Mercury 175 FourStroke package includes Sea Star Tilt power steering, so whipping the boat into a hard corner was easy, which is great news for owners whose kids demand constant action while tubing. I noted only a little lean in during hard corners, which will make fear-prone passengers less nervous.

Princecraft’s 22-foot Ventura series includes three model choices that allow buyers to select a floorplan that matches their usage. The Ventura 220 WS has a bowrider layout and maximum seating capacity with twin chaise lounges up front and an L-lounge in the cockpit; it’s built for skiing and cruising. The Ventura 224 is the most targeted toward angling, with pedestal fishing seats in all four corners.

The Ventura 222 I tested is the most versatile of the three. It takes care of anglers with a roomy bow casting deck with twin pedestal seats and wiring for a trolling motor. Our boat had the 24v MotorGuide 70-pound thrust wireless trolling motor, which offers advanced features such as a GPS remote control, for $1,544. A livewell sits at the feet of both anglers and a rod box is built into the cockpit sole and includes rod tubes for protection.

Abaft the foredeck, however, the Ventura 222 is a plush cruising machine. A chaise lounge sits to starboard, a slightly shorter couch is situated to port and an L-lounge starts amidships. A contoured cockpit table allows passengers to move easily around it. When the key is in the off position, the captain can spin the bolstered seat toward the centerline and join the party. There’s storage beneath all the lounge seats, and their seat bottoms flip open toward the centerline and stay open for easy stowage of gear.

As part of the aforementioned Entertainment package, a ski tow turns the Ventura 222 into a ski boat. At 30 mph, because of the flattish deadrise, the wake softens nicely to allow aggressive slalom skiing, and at 20 mph there’s a small but crisp wake for junior wakeboarders. And with a generous 46-gallon fuel tank, the boat can keep going until the skiers and tubers are worn out.

At the helm, the driver is in charge of a 200-watt Kicker stereo system — that is, until someone highjacks it on Bluetooth. For anglers, a wide range of fishing electronics accommodate about any budget. And because a ram mount is used, a Humminbird PiranhaMAX 4-inch GPS fishfinder ($231) fits just as well as a $3,038 Lowrance HDS 7. Adding Mercury’s SmartCraft gauges ($936) will keep the driver informed of a variety of engine parameters, such as fuel burn and trim, and allow him to tweak trolling speed. The other must-have Mercury gadget is Active Trim ($659), which takes care of trimming the engine from holeshot through to top end.

Self-sufficiency out on the water can be increased by the changing room option, which is a flip-up, hooped curtain that resides in the stern walkthrough; it’s bundled with a portable toilet with a pumpout for $948. Because Princecrafts are built north of the border, they feature some Canadian DNA, which means buyers can get the Ventura 222 with a full camper enclosure ($4,016), so they can extend the northern boating season by a month on both ends. There’s also a half-camper enclosure ($2,219) that’s a bit more aerodynamic and stylish but just as effective at keeping winter out of the cockpit.