No matter how it’s equipped, the SunChaser Geneva 20 LR Swing Back provides fun at a reasonable price. 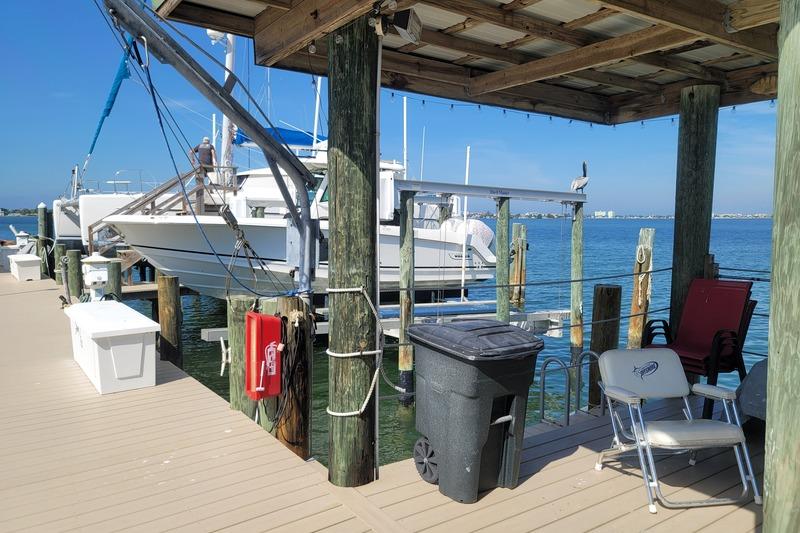 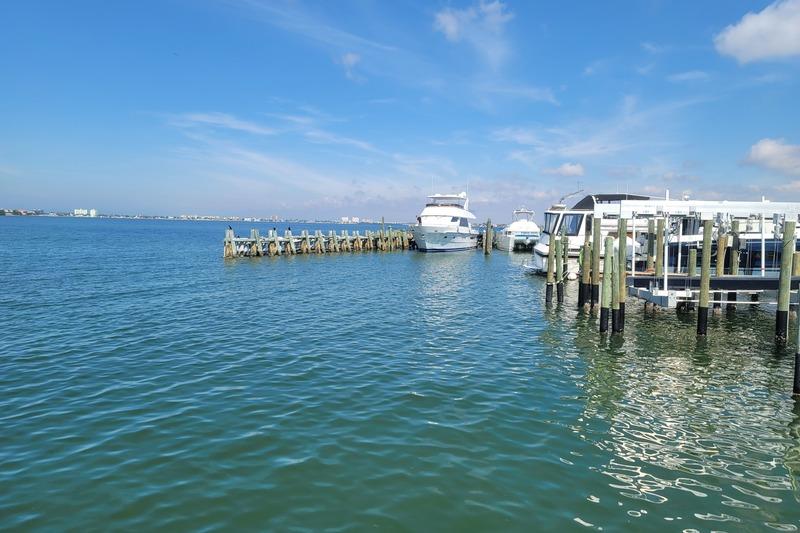 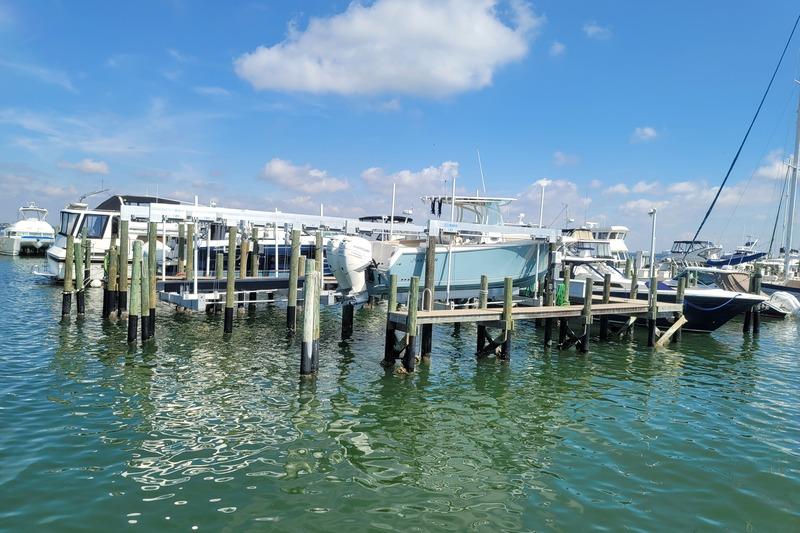 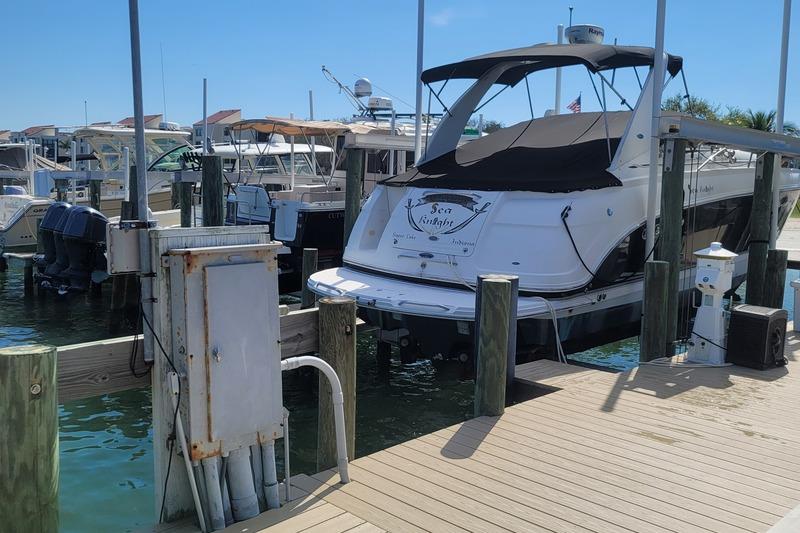 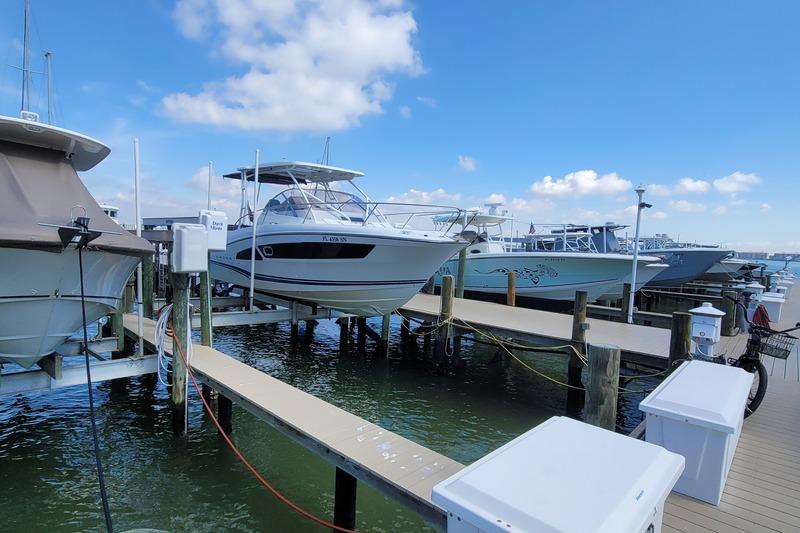 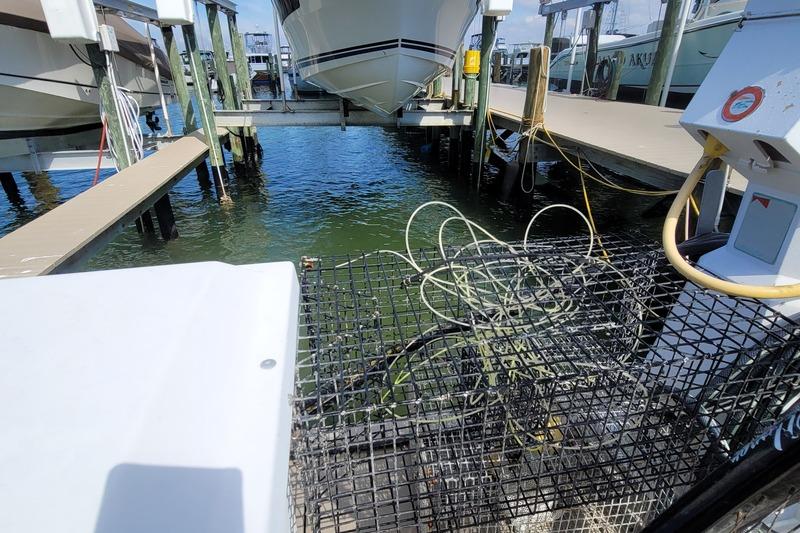 While go-fast pontoons are all the rage these days, they’re not everyone’s cup of Earl Grey, so SunChaser created the Geneva 20 LR Swing Back (SB). The boat we tested was equipped in its most basic two-tube form, in which configuration it serves as a watery oasis for lounging, entertaining and taking time to enjoy the scenery along the way. But SunChaser offers plenty of options that can expand its range, both in the linear sense and in its ability to perform other tasks well.

The Geneva Cruise line of pontoons ranges from 20 feet, 9 inches to 24 feet, 9 inches long and is designed to get folks out on the water less expensively. But only the shortest model is available with innovative, twin amidships Swing Back seats that help give it the versatility to accommodate up to 10 passengers in total comfort. These twin, overstuffed doublewide seatbacks can be flipped to face backward or forward. Flipped back, they provide room for a copilot to sit next to the driver, who sits to starboard. To port, another couple can face forward and enjoy their own quiet chat with their feet on the deck while cruising. Or, if they prefer, the seatback can be flipped forward so one of them can put his feet up on the portside settee for extra comfort. When the key’s off, the couple to starboard can follow suit. The seatbacks are well engineered and are assisted by gas struts, so they can be flipped using one finger.

The best way to power a SunChaser Geneva 20 LR SB is dependent on its intended usage. Our two-tube test boat was equipped for leisure cruising and entertainment, but it was powered by a Yamaha F115, which is the max for this configuration, so pulling kids on a tube is doable. The F115 would also be a good choice for buyers who plan to regularly carry a full load of passengers. But for tooling around the lake with a moderate load on board, dropping down to an F90 would save $1,272, and it boasts the same 1.8L block as the F115.

With both Swing Back seatbacks in the aft position, four people can face forward while underway.

With the F115, the Geneva 20 got on plane in 2.6 seconds and reached 20 mph in 5.9 seconds. Its top speed of 24 mph was slower than I expected, and it was bumping against the rev-limiter at 6300 rpm, both of which indicated it needed a prop with at least a couple more inches of pitch. I compared our results to a test Yamaha performed on another SunChaser 20 with an F90 on the transom; it reached a top speed of 28 mph, and that would seem to prove the point. That F90’s prop had a 13 5/8-inch diameter, a 14-inch pitch and turned 6000 rpm, so that prop on an F115 should yield a similar number. Why not faster? Because at this threshold, a two-tube pontoon without lifting strakes reaches a point of diminishing returns on the power that’s pushing it.

SunChaser will rig the boat with Mercury or Evinrude power.

A glance at the helm told me SunChaser is going to require buyers to pay for only the items they want. I spied a tachometer, a gas gauge and five empty circles where other gauges can go. It looked kind of weird like that, so a good addition would be the full gauge package ($589). With two people aboard during our test run, the SunChaser Geneva 20 LR SB had plenty of buoyancy, and typical of two-tube pontoons, it tended to lean slightly to the outside during hard turns. Our test boat had rotary cable steering, which wasn’t as stiff as most, but a SeaStar hydraulic steering system is well worth the $1,548 upcharge, especially if taking kids tubing is on the agenda.

Seven gauge spots on the dash allow buyers to decide how much instrumentation they want. An available full gauge package makes the decision easier.

SunChaser, being part of the Smoker Craft family of pontoons, takes advantage of some of the technology used on the builder’s more upscale brands, including Sylvan and Starcraft. A smart and worthwhile addition would be the PTS Performance Package, which adds a shorter center tube to the full-length 25-inch outer tubes, Performance lifting strakes and an aluminum underskin, for $3,462. While the package doesn’t boost the passenger capacity or horsepower rating, it does provide extra lift, flatter cornering and higher speeds with an engine such as the Yamaha F115, making it better at towing tubes and handling larger passenger loads.

SunChaser is all about offering the most boat for a buyer’s money, and the Geneva 20 LR SB lists for just $32,086 with the Yamaha F115. And unlike on some other compact two-log pontoons, the fuel tank is concealed, not strapped onto the swim platform, which on this boat is free of obstructions such as an engine splashwell. The tank is a generous 30 gallons, which gives the Geneva decent range. In this configuration, operating as a leisurely cruiser or an entertainment platform at the sandbar is high up on its list of activities.

With both seatbacks forward, the aft settees can welcome more people.

Up front are two settees but only the one in front of the helm is a layback seat. The one to port is slightly shorter to accommodate a 30-inch boarding gate — same as the ones in the bow and stern. Passenger comfort is maximized by properly padded furniture that features longevity-inducing rotocast frames. A slight rise at the leading edge gives more support right where occupants need it. The two-tone upholstery is UV resistant, and the areas where the seat bases meet the deck are recessed to provide a little extra foot room. While this is a compact pontoon, it doesn’t feel cramped.

The Geneva 20 LR SB can easily be transformed to a watersports-ready machine by adding the X-Treme PR20 Performance Package, a triple-tube setup that includes strakes, underskin, hydraulic steering, a 60-gallon in-tube gas tank and a ski tow pylon. Pair this with a Yamaha F200 and the price rises to $47,999, but now the 20 LR SB is a little hotrod capable of speeds in the 40s.

Sometimes on less expensive models, the little details suffer. For example, seat bottoms often have to be fully removed to access storage, but the Geneva Cruise line features seat bottoms that lift toward the centerline on piano hinges, so they stay open and let people load gear with both hands. The standard feature list — including a four-speaker Jensen Bluetooth stereo, cockpit table that can be positioned fore or aft, upgraded Gucci Verona tilt steering wheel, 22-ounce carpeting, vinyl-covered swim platform — creates a boat that’s ready to hit the water. I actually prefer the standard five-step aluminum boarding ladder to the optional telescoping stainless steel four-step version, because it reaches lower into the water and has wider steps.

A telescoping boarding ladder is standard.

The low starting price is meant to leave room for some great options, such as a Kicker stereo for $524. And these days, instead of carpeting, most people prefer woven vinyl Sea Weave flooring ($1,628), which our test boat had. For extra shade, the standard 8-foot, 6-inch Bimini top can be replaced by a 10-footer for $240. SunChaser gives owners the choice of nine fence colors, five accent colors and five Bimini top colors. 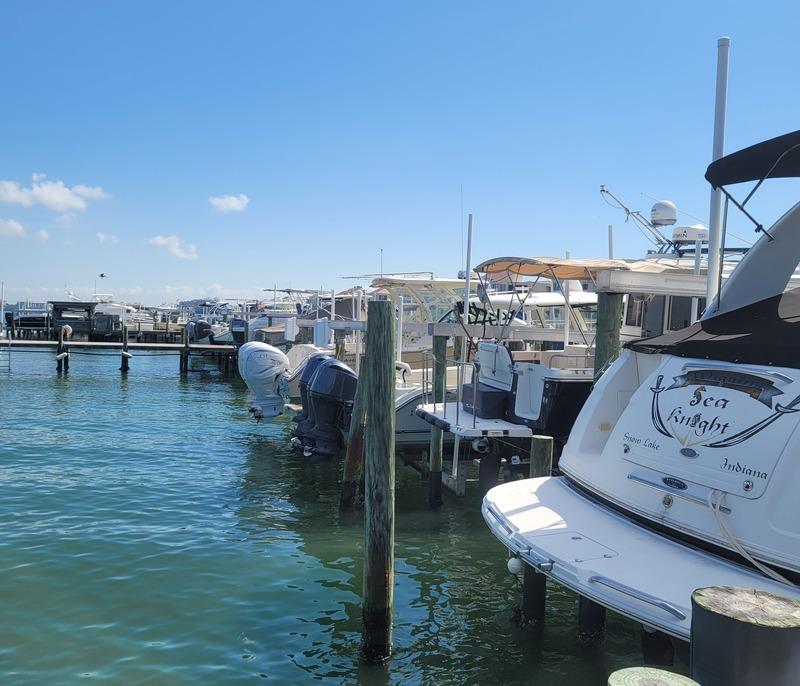 I bought my dad’s cabin up on the Eagle Chain of Lakes and it came with an older pontoon that only had a 40 hp outboard on it; we loved going out on it, but it was really slow and a little too big. Sue was the driving force to buy the SunChaser Geneva 20. Its compact size made it easy for her to drive, and it even fits in our garage. We bought it with the partial center tube upgrade, and that really helps its performance with our Mercury 90 FourStroke. We basically use our boat like a car. We love cruising to restaurants like Lumpy’s on Catfish Lake or the Sweetwater Resort. One of favorite hangouts is the beach on Eagle Lake Park, where some nights a live band performs. We have an island we love to camp on when the weather’s nice. My dad bought his pontoon from Keith’s Marina 20 years ago and they’ve always given us great service, so when we wanted to upgrade there was no question where we were going to buy our new boat. Tim didn’t try to oversell us and matched us up with the perfect boat.