When Evinrude set out to revamp its V-6 E-TEC G2 150, its designers did way more than just tweak it.

When Evinrude’s E-TEC G2 150 HP direct-injected two-stroke debuted in 2016, it was an outlier in the marine industry. All other 150s were based on inline four-cylinder platforms; Evinrude’s was a V-6 with a large 2.7L block it shared with the 175 and 200 hp models. On the plus side, it had plenty of snap; six pistons, however, made it one of the heaviest at 496 pounds. But instead of going along with the I-4 crowd, Evinrude transformed its 150 into a three-cylinder motor with a 1.9L block. 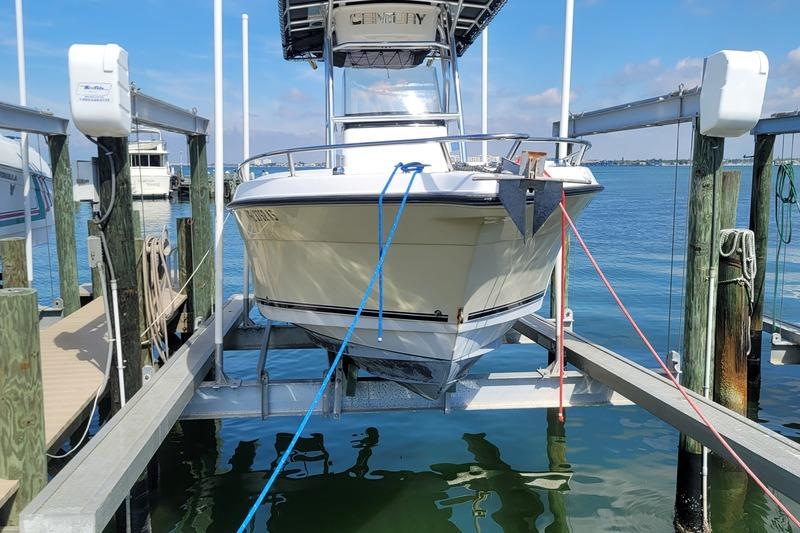 An inherent problem in a motor with an odd number of cylinders is vibration, so I was a little surprised when I started the new E-TEC G2 150 on a Stingray 212SC deckboat and didn’t notice it shaking more than any other four-cylinder 150 I’ve tested. Evinrude engineers tackled the problem using a two-pronged attack. First is a Focused Motor Mount, which uses four large rubber bushings to absorb vibration and keep it from reaching the boat. Next, counterweights are used on the crankshaft to dynamically balance it.

How Does it Run?

Shoving off the dock in a ripping current on the Cooper River in downtown Charleston, S.C., was an adventure thanks to the 25- to 30-mph wind coming off the nearby Atlantic. Once under the huge Ravenel Bridge, things smoothed out and we started our acceleration runs. Jamming the throttle, I felt the slightest hesitation — I’ve noted it on other E-TEC engines — before the 150 burst into action and put the near-22-footer on plane in 3 seconds. Midrange performance was very good, and the 212SC reached 30 mph in 6.2 seconds. Its top speed was an impressive 53 mph. 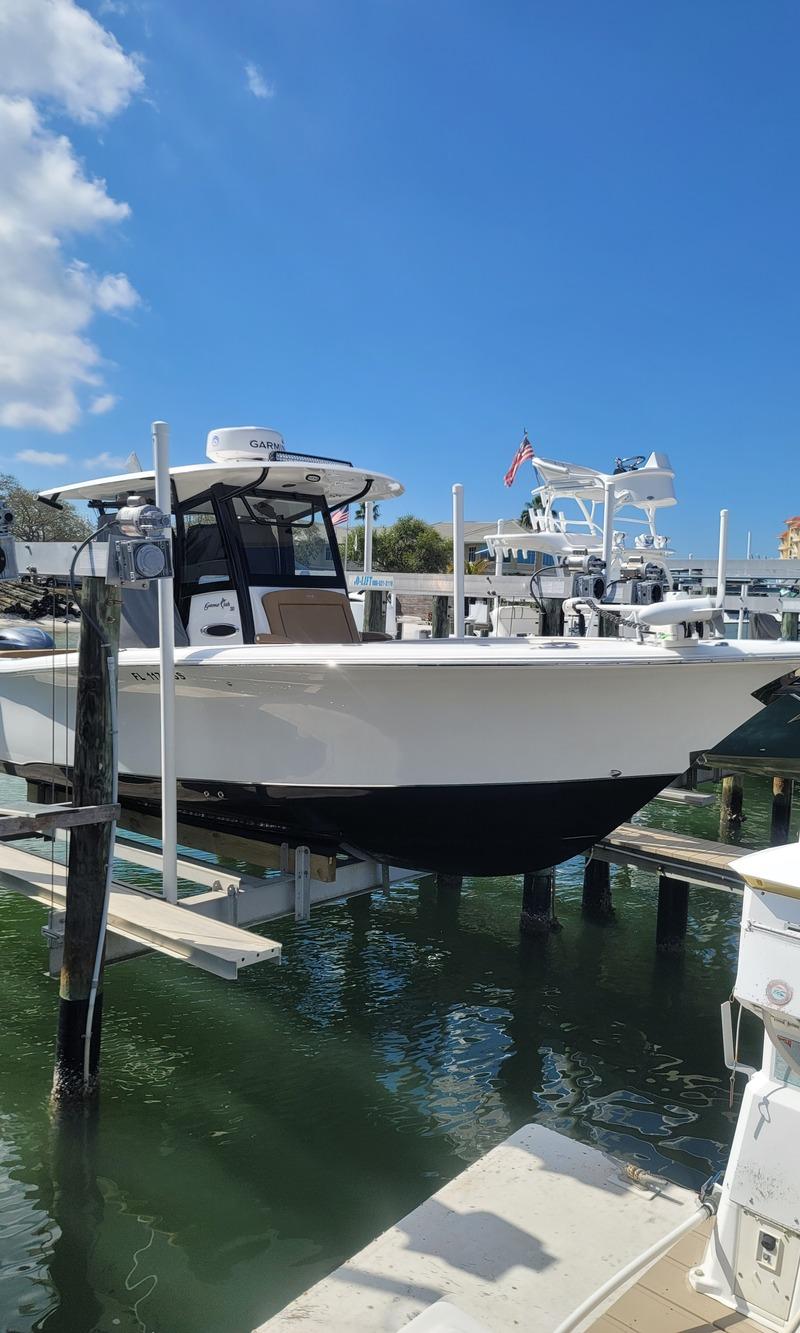 Evinrude transformed its 150 into a three-cylinder motor with a 1.9L block.

Does it have the same rip-snorting acceleration out of the hole and midrange guts as its V-6 predecessor? No, but it’s not far off. With so much wind, I was unable to get a reliable sound level reading, but the new 150 seemed comparable to four-strokes in noise output without exhibiting any unpleasant notes. The quintessential Evinrude sound during windup is still present, but for many fans that’s a plus. We never touched the trim button thanks to the automatic Trim Assist system.

The E-TEC G2 150 HP owes a lot of its outstanding performance to its two-stroke design, which has a power stroke on every revolution, unlike four-strokes, which have a power stroke on every other revolution. In addition, Evinrude’s direct-injection system sprays gas directly under high pressure into the combustion chamber rather than into the intake manifold, providing more precise control and doing something that will save owners money. Called Stratified Combustion, this process sprays tiny droplets of gas at the top of the cylinder, which allows the new 150 to burn less than half a gallon per hour at idle, according to Evinrude. 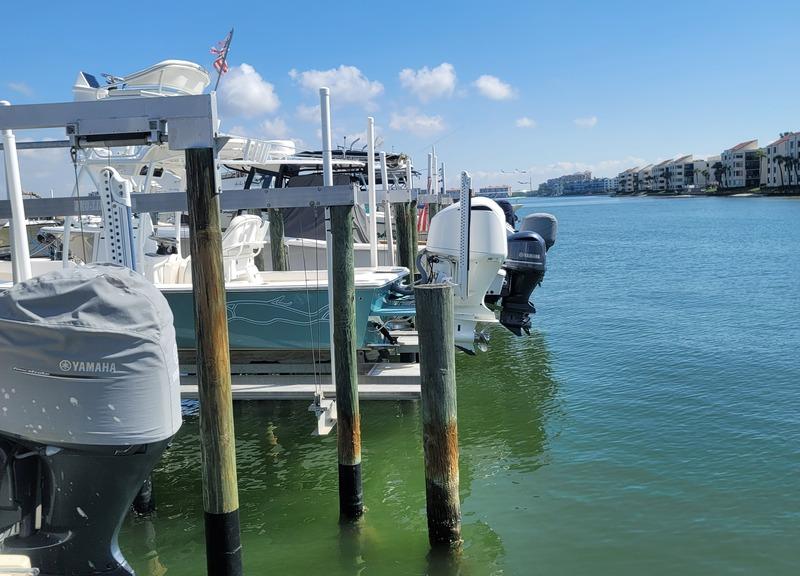 Evinrude’s Stratified Combustion process sprays highly pressurized droplets of gas at the top of the cylinder instead of into an intake manifold, which improves fuel efficiency.

Evinrude designed a few differences between these new models and the V-6 G2 engines, the most noticeable one being side panels that are held in place by a dozen screws instead of being easily removable. But access to the items owners need to get to is easy thanks to a snap-off center panel that conceals the 1.9-gallon tank’s oil fill, jumpstart poles, the diagnostic connection for the internal computer and the freshwater flush connection.

The main difference between the new 150 HP and the 140 HP and 115 H.O. models is engine mapping, and Evinrude pushes the acceptable 10 percent limit for horsepower rating. The 115 H.O. and 140 HP can be fitted with an all-new drive-by-wire tiller handle that has the shift lever right on the arm, a trim button on the end and Troll Control, which allows operators to tweak the speed in 50 rpm increments. The 150 simply has too much prop torque to handle a tiller.

Like with two-stokes of old, owners still need to add oil, but unlike two-strokes of old, the oil isn’t premixed with gasoline and is instead routed through tubes to strategic locations to make sure all critical components, such as cylinder walls, are bathed in the proper amount of oil. The 1.9-gallon internal oil tank is good for about 60 hours of running, which might be an entire season for some owners. And because fresh oil is always cycling through the system and being burned during combustion, there’s no need to ever do an oil change. Here’s maybe the coolest feature: winterization takes just 90 seconds. Simply select the winterize function from the standard digital ICON display at the dash.

Even the gear oil on these motors is handled differently. The addition of an expansion tank helps keep the lower unit topped off and gives the gear lube room to expand rather than exit through a compromised seal in hot conditions. Another user-friendly feature is a locking pin that keeps the motor from wiggling when it’s on a trailer. And it tilts all the way up, so the lower unit can be completely clear of the water’s surface.

Instead of lots of wires, cables and hoses dangling off the engine, one rigging tube is attached to the mounting bracket, not the powerhead itself, so when the motor turns, the rigging tube doesn’t move, which reduces parts fatigue. Wheel resistance can be easily adjusted by the driver on the ICON display. These new engines come with a five-year engine/five-year corrosion warranty and can be customized with up to 400 color/graphic combinations.