Sometimes having a good battery is good enough, but a boat with a 36v trolling motor and big-screen electronics needs batteries that are up to the task. 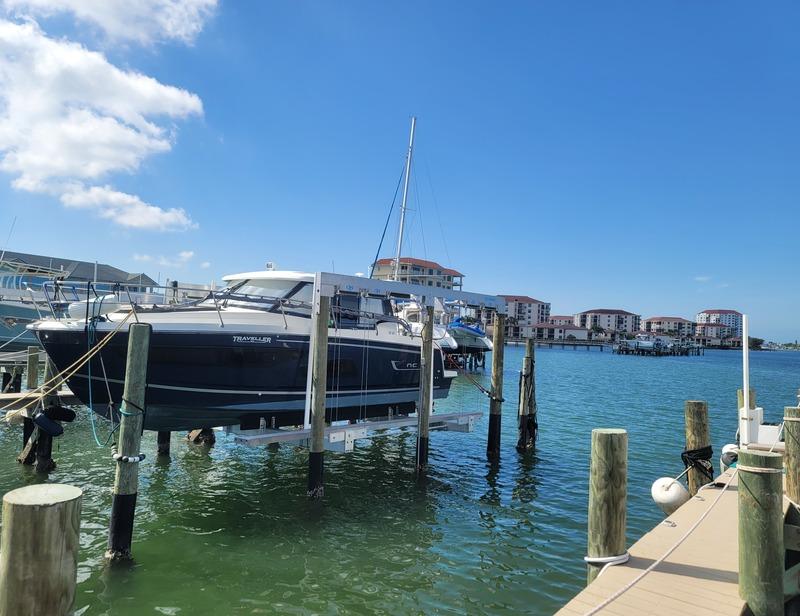 Here’s a mind-boggling fact: the rechargeable battery that uses lead plates bathed in sulfuric acid was invented 160 years ago! And believe it or not, this pre– Civil War device, conjured up by French physician Gaston Planté in 1859, is still the most commonly used battery in cars and boats. Why? Because flooded-cell batteries are inexpensive and work well for many applications; plus, properly maintained they have a relatively long service life. People on a budget who own a modestly powered boat that doesn’t have a huge stereo or displays that resemble TV screens can get by with this oldest of battery technologies. But that’s not the direction boat building is headed, especially for buyers serious about fishing.

Many anglers who own a boat less than 27 feet long don’t use a traditional anchor anymore. In shallow water, they hit a button and one or two Power-Poles stab the bottom and hold the boat steady. In water 10 feet and deeper, instead of an anchor, they deploy a new generation of trolling motor, which uses an internal computer and GPS to hold the boat in position.

For a fishing outing that’s only going to last a couple of hours, conventional deep-cycle batteries will work fine, but for an outing that begins before dawn and goes ’til the sun goes down, conventional batteries won’t cut it. To go all day, it’s time to go extreme.

Absorbed Glass Mat (AGM)
AGM batteries feature fiberglass matting in between positive and negative lead plates. The matting is saturated with acid, so no liquid acid is sloshing around, which can leak if the case is cracked or the plugs at the top aren’t secured (as can happen with conventional batteries). AGM batteries have a low resistance factor that makes them far faster to charge — four to five hours vs. 12 to 14 hours — and allows faster delivery of power when needed. They are also at least twice as expensive as flooded-cell batteries.

Typically, a boat has one starting battery that usually features lots of thin lead plates that can deliver large bursts of power, up to 400 amperes for fi ve to 15 seconds, in order to start an engine. A boat with a large outboard needs a battery rated for 700 cold cranking amps (CCA) and 900 marine cranking amps (MCA) for starting, and a bank of deep-cycle batteries to provide steady power to run items such as trolling motors, stereos and electronics.

A 24v trolling motor needs at least two 12v batteries to run it. Most large fi shing boats, a 24-foot bay boat, for example, use a 36v trolling motor, which requires three batteries. The downside is they are heavy. A group 31 VMAX deep cycle XTR31-135 AGM battery ($350) that uses lead/tin alloy plates weighs 77 pounds, so three of them and a cranking battery such as an Optima 34M Blue Top ($250) that’s rated at 800 CCA and weighs 38 pounds, weigh 269 pounds total. With a triple bank charger added, the boat is carrying an extra J.J. Watt.

Another option is a dual-purpose battery that can be used to power trolling motors and start the main engine. The Odyssey 31M-PC2150ST-M Trolling Thunder Marine ($510) has a massive 1,150 CCA and can last for 400 cycles of up to 80 percent depth of discharge, which is impressive, since it’s recommended users only discharge most batteries to 50 percent before recharging. Odyssey uses Thin Plate Pure Lead (TPPL) technology, which uses 99.7 percent pure lead instead of an alloy, and since the plates are only 1 mm thick, it can pack an enormous number of plates into each battery. One downside to AGM batteries is they are not tolerant of overcharging. 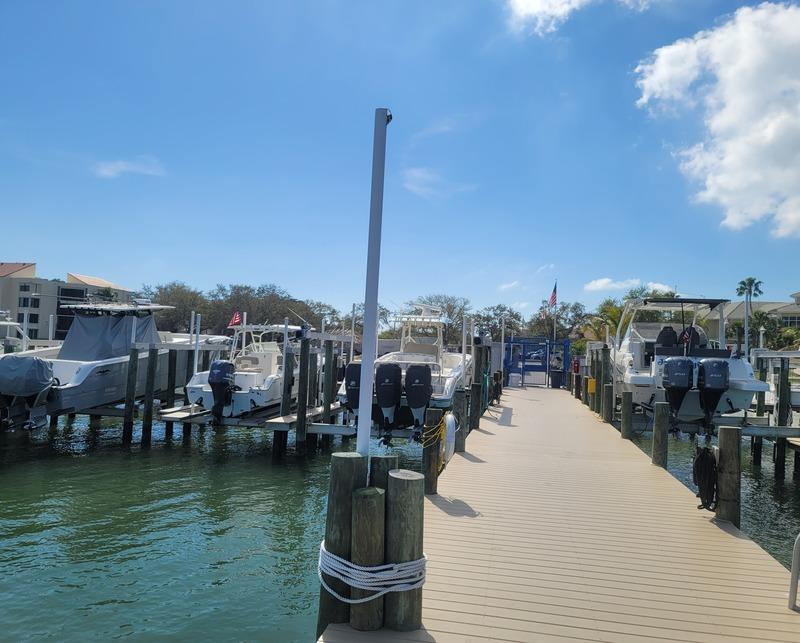 To really know where state-of-the-art stands with boat batteries, look no further than top bass pros. What are they using? They spend more time on the water and use their electronics and trolling motors longer than anyone. With previous battery technology, most of them had to ration their consumption or carry a portable gas generator to keep their batteries topped off (the practice was banned a few years ago), but then came a silver bullet in the form of lithium-ion batteries.

At the most recent Geico Bassmaster Classic in Knoxville, Tenn., 32 of the 50 pros used this technology. The winner, Ott Defoe, has been using the same set of LithiumPro batteries for seven years, which is unheard of considering most pros will use batteries for only one or two seasons.

In addition to being long-lived, lithium-ion batteries are extremely light. Lithium is the lightest metal, weighing 33 pounds per cubic foot compared to lead’s 708 pounds per cubic foot. And Knoxville-based LithiumPros manufactures a 36v battery that weighs just 34 pounds and provides the same power as three group 27 batteries (according to the company).

The downside? Lithium batteries are expensive; a LithiumPros M3140-36CK 36V 40Ah plus a charger costs $2,499. But fishing guides and bass pros who spend a lot of time on the water should consider that most people who switch from AGM batteries reduce their boat’s weight by about 230 pounds, which translates to higher speeds and better fuel economy. For a boat owner who changes batteries every two years or less, lithium-ion batteries might be cheaper to own.