I had towed all manner of single-hull boats across the country, back and forth, before I hitched up to my first catamaran. Towing a cat on the road was as much a new experience as running my first cat on the water. I’ve been waiting to say this: They’re a different breed of cat. 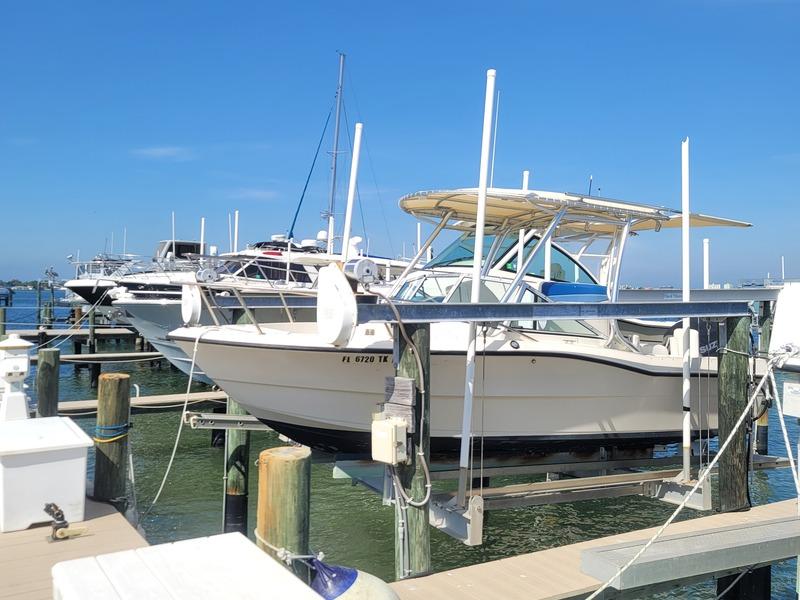 The popularity of catamaran center consoles in towable sizes means many readers already have one or are thinking about getting one. Either way, cat owners should take it slow when trailering until they get the knack.

One of the benefits of cats is they are wider than boats of similar size, but that’s where owners run into width restrictions on the road.

Every state sets its maximum trailerable width limit at 8 feet, 6 inches, with the exception of New York, Tennessee, Texas, New Jersey and some Arizona roads, which are at 8 feet. Wider than that, trailer haulers need a permit, and some popular cats have oversized beams: Twin Vee 240 (8 feet, 8 inches), Glacier Bay 2665 (8 feet, 9 inches), Aspen L90 LX (10 feet) and ArrowCat 320 (10 feet).

Yes, a lot of skippers forgo a permit, thinking they’re only towing a few miles to their favorite ramp. All well and good, except if they have an accident and someone is hurt, the lawyers will go after them if they didn’t have a permit. In addition, their insurance company may not want to cover them if they were doing something illegal, so a permit is cheap and easy insurance. I estimate I have more than 10,000 miles of towing on the road and have encountered countless police cars, and I’ve never been bothered. But I always have a permit and I’m going to continue getting them.

Permit dodgers not only get a citation and fine, of course, but also have to park by the roadside until they do get a permit, which can wreck a weekend adventure. An annual permit in California is about $90, in Oregon it’s a steal at $20 (with some restrictions) and Florida offers an annual permit for up to 12 feet wide for $20. Some states may require an “Oversize Load” sign across the transom (about $20 on eBay). I like Mercury Permits (mercurypermits.net), which also helps program one’s route to avoid construction, road closures, etc. Owners planning a multistate adventure need a permit for every state they pass through.

The problem of width also means the tow vehicle needs improved rearview mirrors. The inside center mirror is going to be useless, so extendable side mirrors are essential. Good oversized mirrors show the road behind the vehicle and the trailer tires on each side. More on that in a moment.

When it comes to driving, owners should change their habits. The first mistake they make is turning too sharply, especially backing up. Yes, one of my first tow cars had a perfectly molded indentation from my catamaran bow because I thought the boat was farther back on the trailer when it was turning. It wasn’t.

Turns need to be as wide as possible, because turns sharper than 90 degrees are going to be an issue. Curves and roundabouts shouldn’t be a problem: take it slow and wide and watch what’s going on in the mirrors. 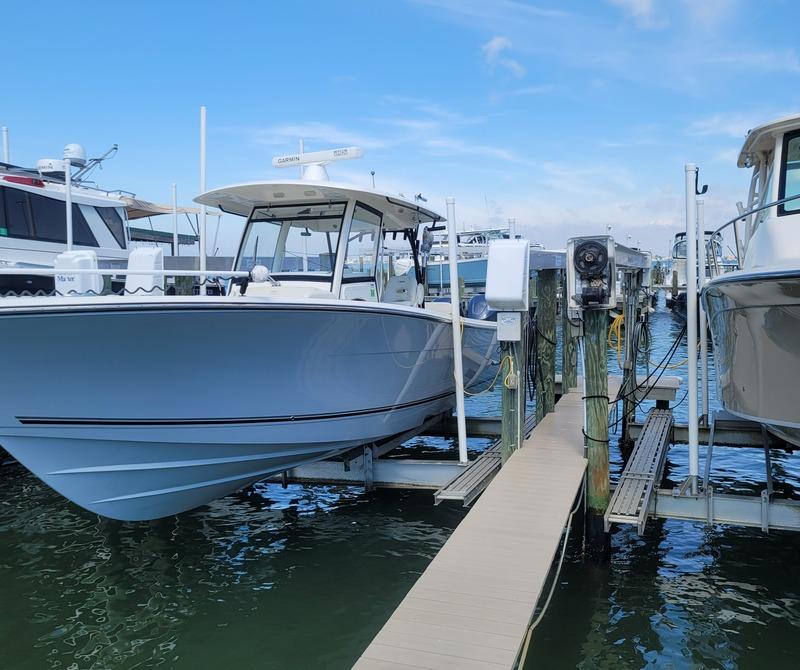 Catamaran owners have to get used to turning less sharply than they would with a monohull, especially when backing up. Extended side mirrors are a trailer-cat owner’s best friend.

Which brings us to using the mirrors. Cat owners especially need to learn to drive with their mirrors and keep their eyes moving all the time. A constant mirror scan should become a subconscious habit, and they need to enhance what fighter pilots call “situational awareness.”

On a narrow road, drivers should use a mirror to put the outside trailer tire as close as is comfortable to the roadside, especially when there’s oncoming traffic or a bridge to traverse. Considering the limitations imposed by the big, wide boat behind the vehicle, drivers can’t go anywhere their brain hasn’t gone first. Burger King drive-throughs are out, and so are roads or parking lots that may not have easy exits. If backing up becomes a necessity, use a spotter outside — not in the passenger seat looking backward as a guide.

When it comes to wind, cats shouldn’t have more windage than a conventional boat, but sometimes they feel like it. If the rig is being blown around, slow down, get in the right lane and soldier on. One item of note: The tunnel between the two hulls can sometimes act like a wing when there’s a strong headwind, so the driver needs to be wary of any “lightness” in the way the rig is towing. Again, slowing down or pulling off is the smart move.

The driver’s guard should never let down, no matter how close he is to home or a ramp, and he needs to watch for bad drivers, leave plenty of braking space from the cars in front, use turn signals early, tap the brakes to let trailing drivers know he’s slowing down and keep scanning the mirrors.

Having just towed from Florida to California, I forgot my own expertise as I pulled into my driveway. So my last piece of advice is: Always have a spare mailbox. I nailed mine.