The luxury and styling DNA buyers expect from Avalon comes at a price they won’t expect with the Catalina 2585 Elite. 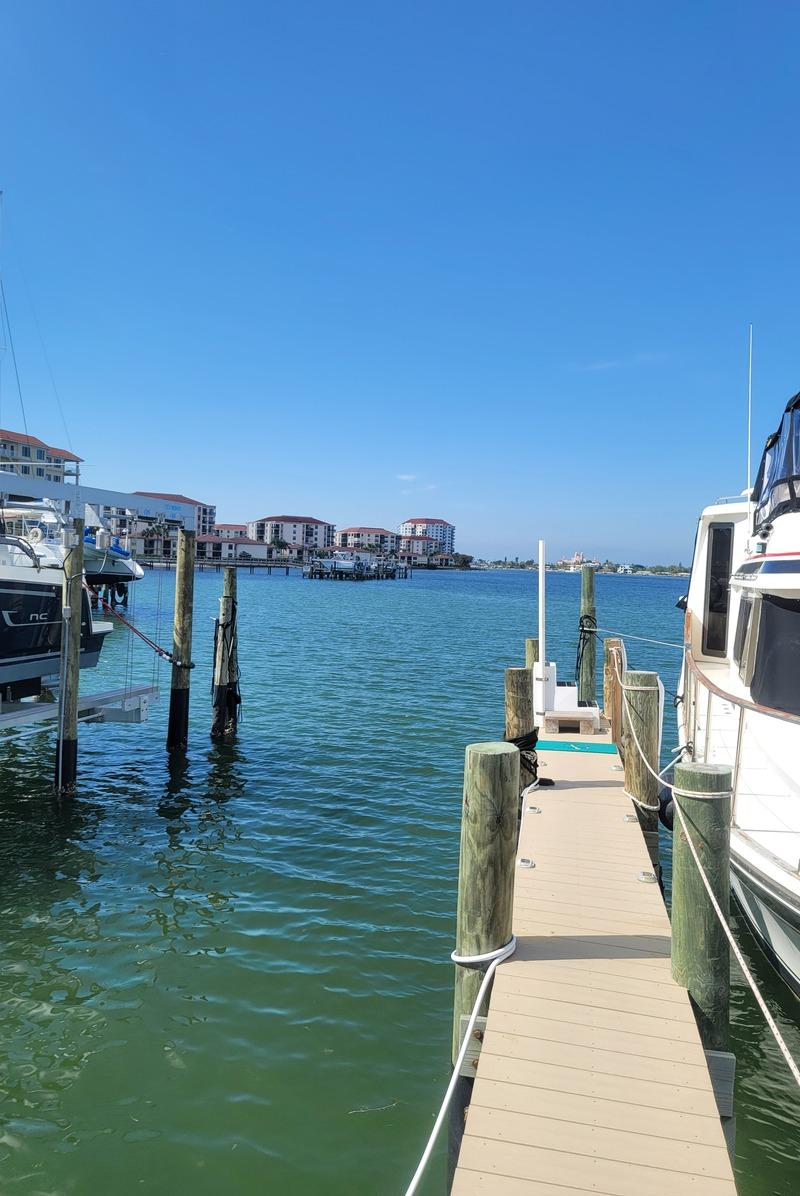 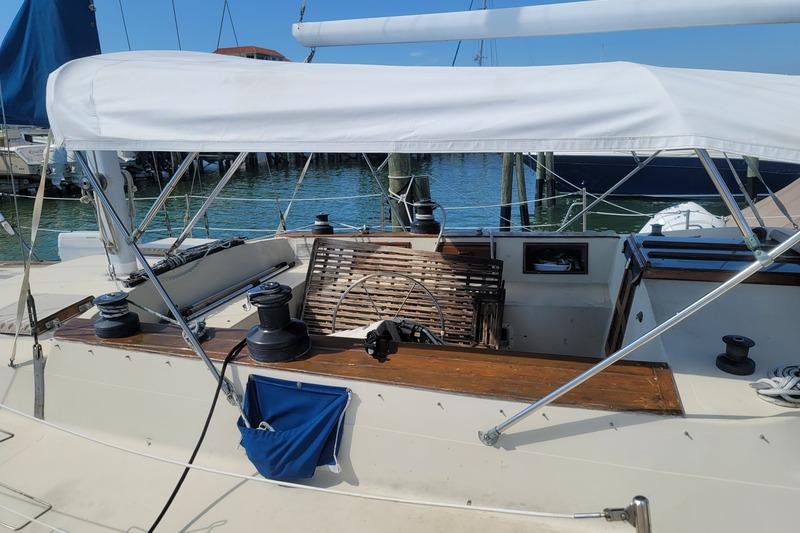 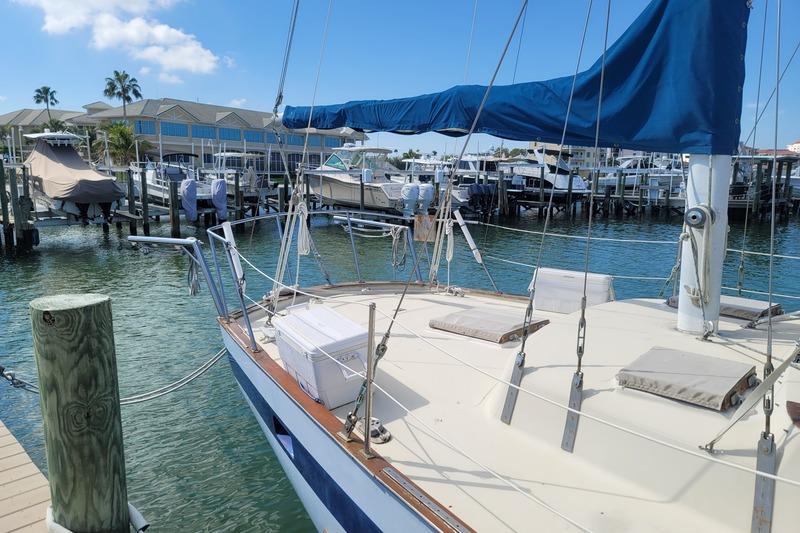 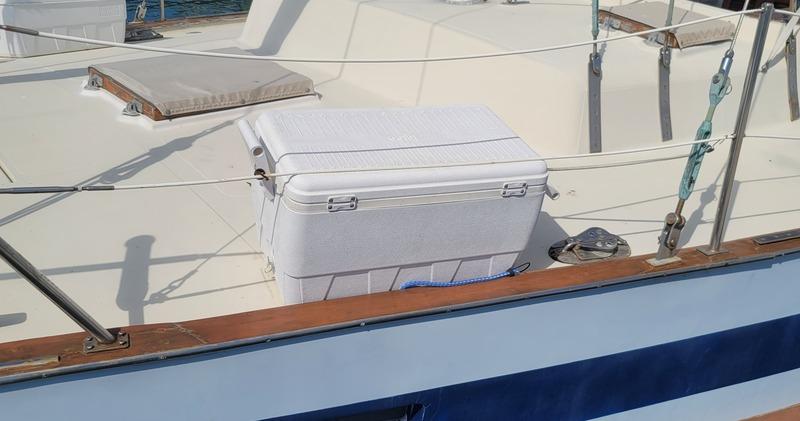 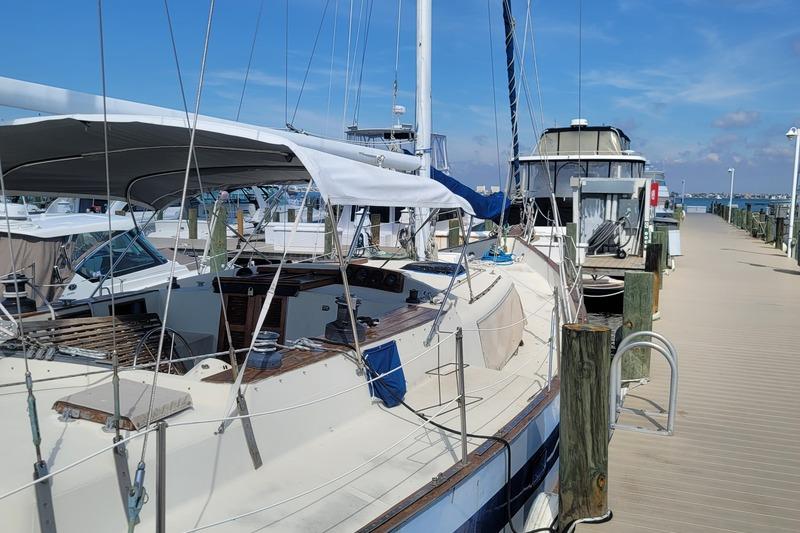 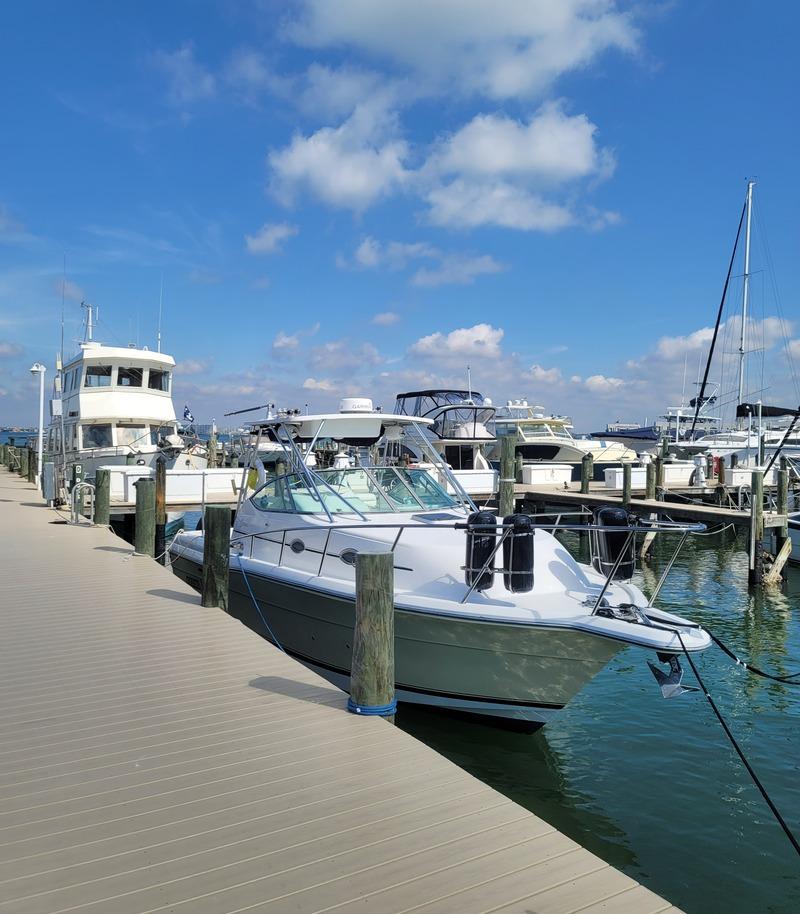 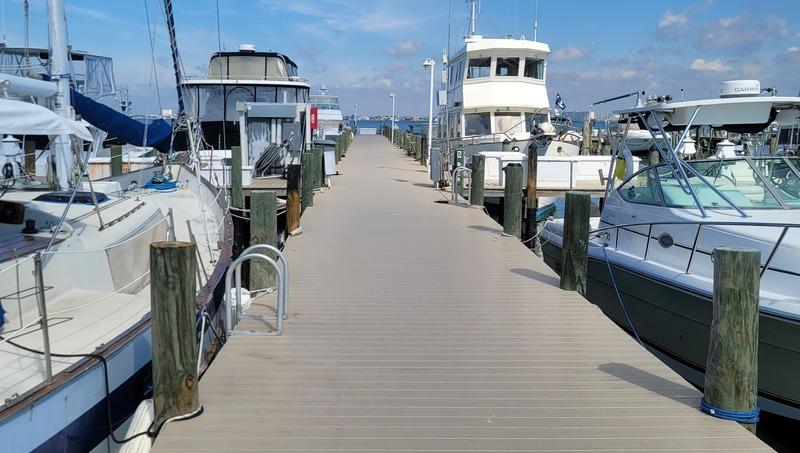 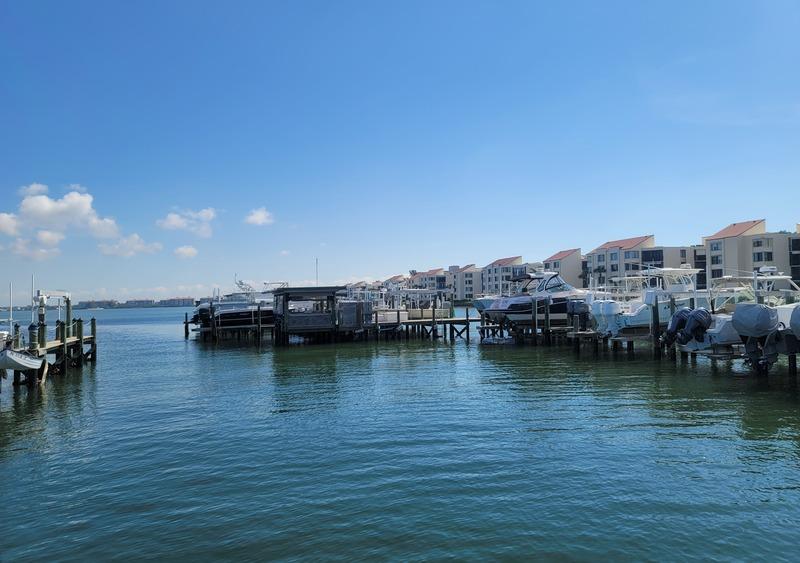 Avalon is one of those high-end pontoon companies that will gladly sell a fully loaded, top-of-the-line Excalibur that costs well into six figures. Buyers whose budget can’t handle that extravagance can get into the Avalon family for about half that with the Catalina 2585 Elite.

The Avalon Catalina 2585 Elite features a distinctive, retro/mod Deco 3 exterior that helps it stand out among a sea of sameness, and its unusual seating layout is optimized for seating capacity. It is rated for up to 15 people when it’s equipped with full triple tubes.

Usually, the walkthrough to the swim platform is on the starboard side, such as on the 2585 Cruise floorplan, but on this pontoon, it’s to port. The arrangement allowed Avalon designers to place a curved lounge behind the captain’s chair and another abbreviated couch on the port side facing the skipper. Well-positioned, this settee is far enough forward that the driver retains an unencumbered sightline to the walkthrough door, so he can observe reboarding swimmers, which is why the gate is usually to starboard. Even with a rear-facing recliner backrest, the portside lounge would be too short for most adults to recline … if designers hadn’t made the armrest low enough for occupants to comfortably drape their stretched out legs on top.

Up front are two long chaise lounges. Adding the filler cushion option ($750) for the bow gate turns the entire front half of the boat into a massive arena where guests can interact with one another. For comfort, the seats have a suspension system, and Avalon uses lightweight aluminum frames that increase storage capacity, which is easily accessed via seat bottoms that hinge inward to the centerline and stay open. To keep mildew and mold at bay, the underseat compartments are ventilated. Our test boat had the optional centerline storage locker ($1,719), which is cavernous enough to toss back an echo.

For customization, Avalon gives owners four choices of primary upholstery color and 11 accent colors. The Matrix 50 Soft Touch vinyl upholstery features different textures, including a pebbly elephant hidelike one for the pillowtop uppers. Avalon likes to color outside the lines, as evidenced by the uniquely molded kick panels that showcase an Art Deco styling theme. Unlike most other pontoons, the 2585’s composite interior wall panels cover the rails, giving it a clean look.

The Avalon Catalina 2585 Elite includes five different tube configurations that allow buyers to scale the performance based on their planned use of the boat and budget. Our test boat was the middle child of the group, equipped with the triple-tube Sport Performance Pontoon Package ($5,742), which is rated to handle up to a 200 hp engine and costs $5,774 less than the 27-inch Waveglider Package, which supports up to a 300 hp outboard. Avalon buyers can choose any of the five major outboard brands.

Our test boat was powered by a Suzuki DF200SS with a matte black finish for some extra attitude. Avalon offers a 20- or 25-inch transom, and to me the extra $367 for the 25-incher our test boat had is money well spent, because it keeps the powerhead high above the water. While the Catalina 2385 Elite is a big 25-foot, 3-inch pontoon, Suzuki’s DF200 pushed it well. On plane with zero bowrise in 2.3 seconds, it reached 30 mph in 9.5 seconds and attained a top speed of 38.4 mph, which is plenty fast for all watersport disciplines. Best of all, with the full triple-tube package, a Suzuki DF200SS and 25-inch transom, this feature-loaded pontoon comes in at a $60,201 MSRP.

The Sport Performance Pontoon Package includes twin lifting fins (in Avalon-speak) on the center tube and one each on the inside on the outer tubes. The fins give the 25-inch tubes plenty of lift for most loads and allow the Catalina 2585 to bank gently into turns. With this setup, I was able to crank the included SeaStar tilt steering wheel all the way to its stops in either direction without the prop losing its grip as the boat carved a tight circle. The Sport setup adds an aluminum underskin and a 38-gallon fuel tank.

Buyers who live on a large lake and/or tend to carry a boatload of guests might consider the 27-inch Waveglider package. Its oversized tubes and special cupped high-performance lifting strakes on both sides of all three tubes give the Catalina 2585 incredible lift, to help it ride high in the water. On Avalon models with this setup, the folks at Avalon have made open-ocean trips to places such as Cuba and the Dry Tortugas. Another bonus is a 58-gallon fuel tank that extends its range; with it comes the ability to power it with up to 300 hp.

With its to-the-max seating arrangement, the Avalon 2585 Elite appeals to owners who enjoy hosting large groups. And a couple of options turn it into a party platform. In the stern seating group is an oversized kidney-shaped greywood table that can host drinks and snacks. An optional ottoman cooler up front ($703) acts as another table and serves as a place to store more beverages.

The standard stereo is a four-speaker Infinity Bluetooth setup that’s above average, but a JL Audio option ($3,859) with a subwoofer and an extra amp will help passengers really feel the music. To boost the post-sunset wow factor, Avalon’s array of lighting options is headlined by the Blue Ice package ($1,039), which bundles interior mood lighting with lighted cupholders and speakers. Underwater lighting costs $336 and under-rubrail lighting is an additional $773.

With the addition of a ski tow bar ($766), the 2585 transforms into a solid watersports boat. And Avalon makes it possible to take this theme further with a Decosport arch ($11,484), which also adds some panache. A less expensive tower option is a fold-down, 2-inch-tube model ($6,445). If dragging the kids around on tubes is the only watersport on the docket, a 150 hp outboard is an option that would save $3,405 (in the Suzuki SS family), but towing adults on skis will require 200 hp or more.

Avalon provides plenty of ways to customize the Catalina 2585. Instead of Deco carpeting, owners can choose vinyl flooring that ranges in price from $813 for the Traditional Classic Mist to $2,969 for the yachty Teak Style UV Classic Woodgrain. This model is not really optimized for fishing, but the diehard angler in the family will appreciate an under-bench livewell for $352 and a Garmin 53cv GPS fishfinder at the helm for $1,013.

I wish it had a raised helm, because when guests sit in front of me, visibility is reduced.

I grew up in Germany and my family always had boats, so I continued boating when I became an adult. I’ve had boats as large as 50 feet long, which require a lot of maintenance, but pontoons like my Avalon are easy. I had a twin-tube pontoon in Florida, but when I moved to Lake Norman I wanted a triple-tube setup to handle the huge boat wakes here, which my Avalon handles like a V-hulled boat. I am a Yamaha fan — my last one lasted 10 years — and the 150 is more than enough for what I do. Lake Norman has 550 miles of shoreline with endless coves, and I love to cruise with friends and explore and visit restaurants. When my friends with kids come along I break out the tube and tow them around. I also use my pontoon to do volunteer work with the Lake Norman Wildlife Conservationists; we protect the nesting birds and conduct cleanups on the more than 60 islands here. Everyone at North Point is very professional and gives me great service. The delivery went very smooth and they really took the time to explain every system on the boat.

One thought on “Avalon Catalina 2585 Elite”