Yamaha’s 19-foot-class boats get more sportiness and luxury with the AR195. 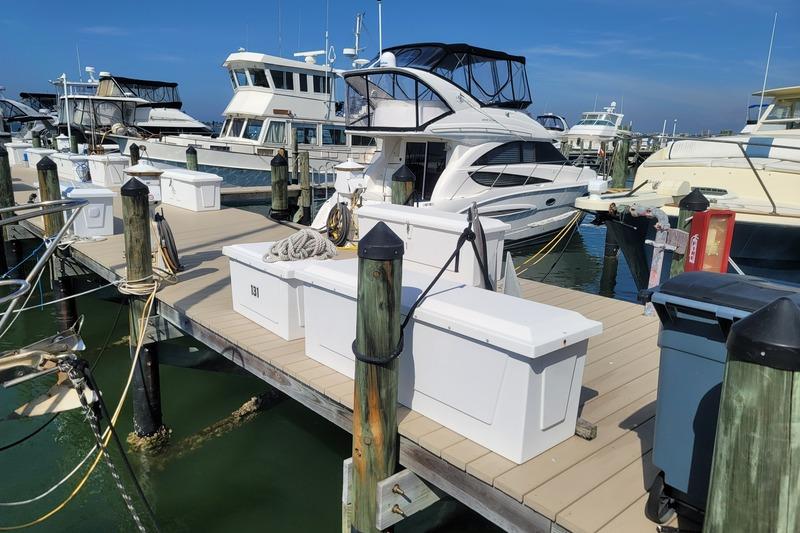 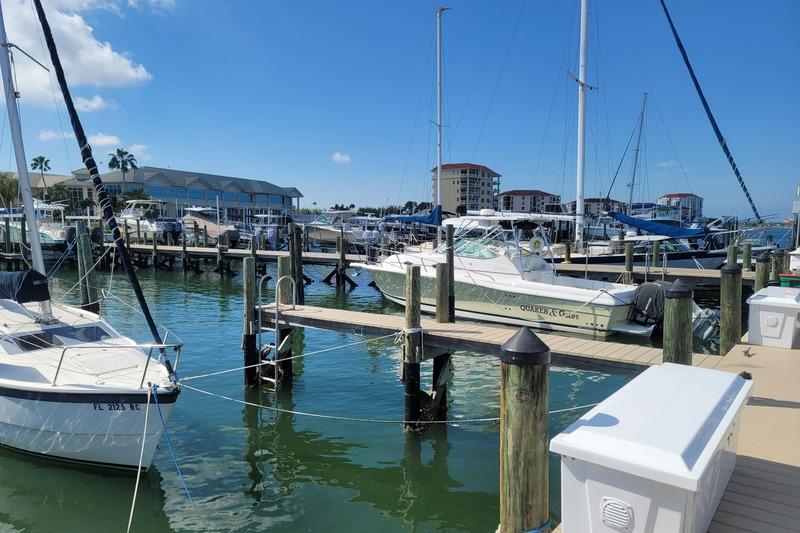 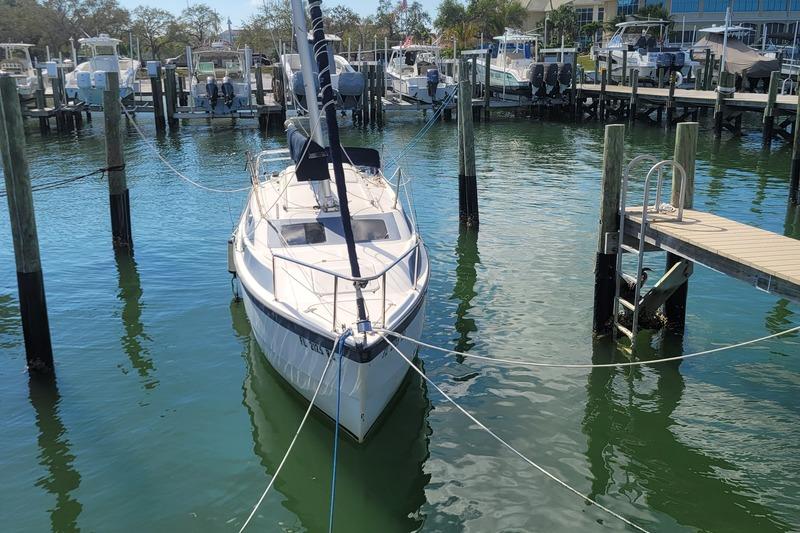 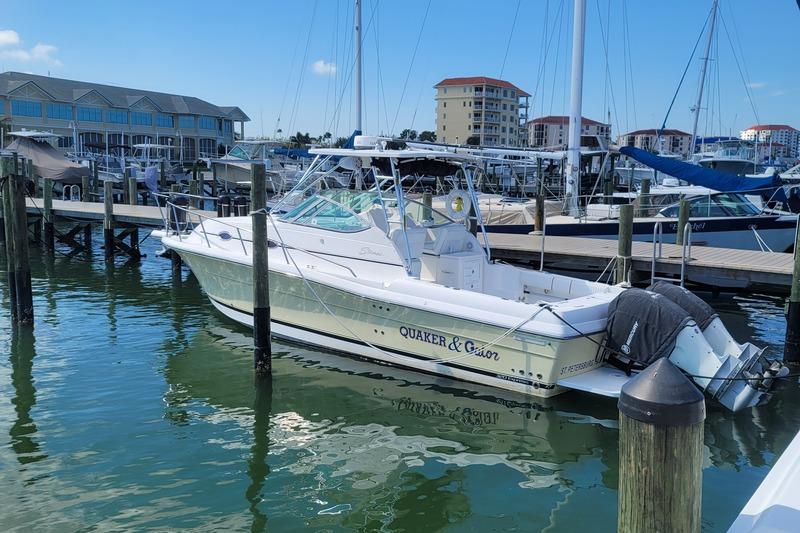 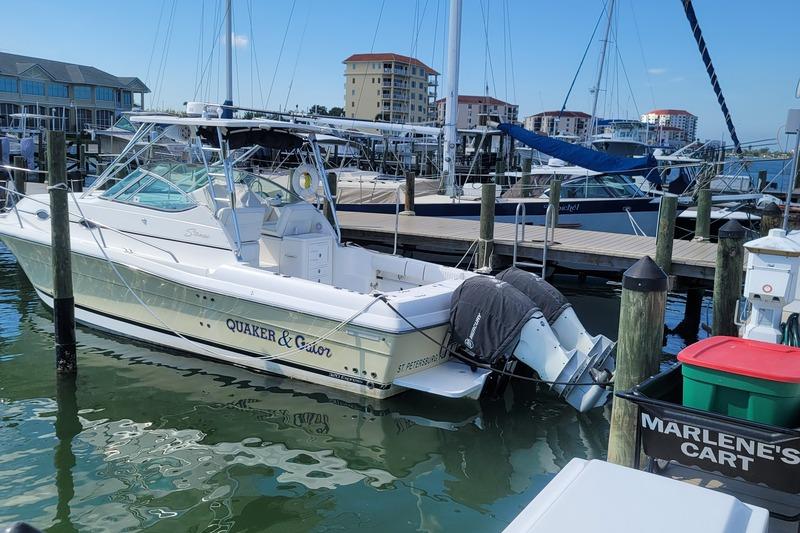 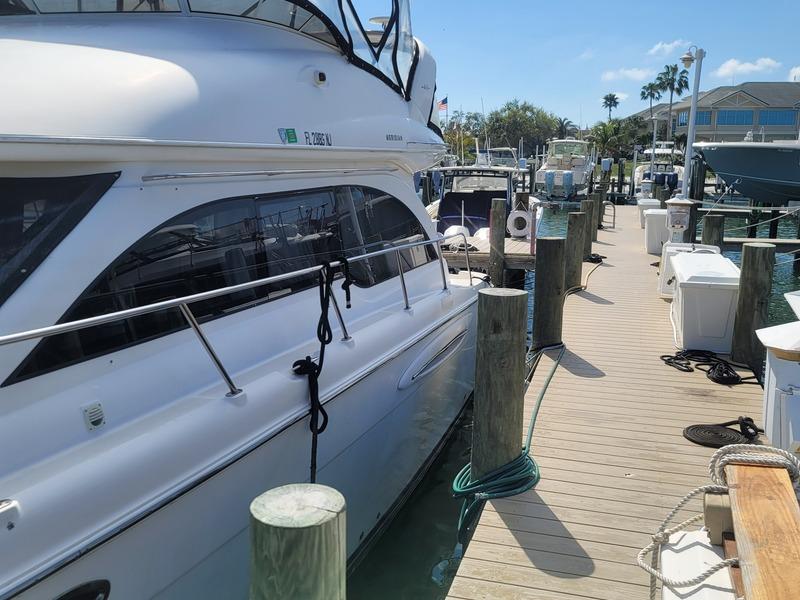 All Yamaha designers did for 2019 was take one of the builder’s most successful jetboat designs and totally redesign it. The big news — quite literally — is it grew: 3 inches longer and 2 inches wider than last year. And while this doesn’t sound like much, the effect is readily noticeable in the cockpit of the Yamaha AR195 where the portside lounge is 7 inches longer. Yamaha also added some features previously only found on its larger models.

Feng Shui originated in China about 4,000 years ago, but the concept has been heartily embraced by Japanese builders. It means wind-water and is the art of constructing a habitat that’s harmonious and promotes flow within its boundaries, which describes the layout of the Yamaha AR195, built at the company’s state-of-the-art factory in Vonore, Tenn.

The signature feature of Yamaha boats is an inviting two-tiered transom area that makes it easy to board and creates a great environment for serious attitude adjustment. This year, the swim platform is even larger and has a pair of integrated cupholders. Its padded tiers are also the spot to get ready for watersports, which this boat is optimized to handle.

Entry into the cockpit is via a new centerline walkthrough with a nonskid surface at the top. It features a step-down whose removable filler cushion can be used after all are aboard. To further assist passenger flow, the portside console’s corner is beveled to keep passengers from bumping into a squared off corner as they transit into the bow section through the wide walkthrough. This also puts the large storage console’s access door at an angle that makes it easier to stow large items. It’s an ideal place to stow the cockpit table (one of the features that’s migrated down from its larger siblings), which installs on a side mount behind a new driver’s seat that has side cutouts that make it easier to exit. The captain’s chair has a flip-up bolster and can spin 180 degrees to take advantage of the new table when the boat’s at rest.

Last year we tested the 190 FSH, one of Yamaha’s 19-foot center console fishing boats. Powered by a normally aspirated 1.8L High Output (HO) engine, it yielded adequate performance — zero to 30 in 9.5 seconds and 40.4 mph top speed — but wasn’t as thrilling as we’ve come to expect from Yamaha. We wanted more. And we got it with the AR195 thanks to its Super Vortex High Output (SVHO) engine.

It has the same highest-in-class displacement as the HO version, but the main difference is the SVHO’s big, intercooled supercharger. This four-cylinder engine — the same one found on Yamaha’s stock racing WaveRunners, such as the GP1800R — features a six-vane supercharger that produces 60 percent more boost than its predecessor, the SVO, and the effect on acceleration is readily noticeable. With zero throttle lag, the SVHO pushed the 2,500- pound Yamaha AR195 on plane in 3.3 seconds and to 30 mph in 7.8 seconds. Top speed was a hat-wobbling 48.8 mph.

On most jetboats, weeds or other debris pulled into the jet intake necessitate putting the boat on a trailer and addressing the problem from underneath the hull. A Yamaha exclusive is a clean-out port in a stern wet locker that’s also great for storing wet tow ropes. The engine flushing fixture was also relocated to inside the locker, for a cleaner external appearance.

Yamaha added several innovations that make new models such as the AR195 easier to handle at all speeds. The Articulating Keel, a rudder attached to the engine’s jet assembly (on its single-engine models), provides enhanced tracking at high speeds and delivers directional control when the throttle is cut off. It also greatly reduces the maddening jetboat wander at idle. This year, the Articulating Keel’s design is more corrosion resistant and hydrodynamic. In addition, a newly redesigned V-shaped reverse bucket makes backing in a straight line far easier, because the thrust is partially shunted to the sides instead of just downward.

At the redesigned helm, the driver uses a 4.3-inch Connext touchscreen to monitor and control all engine and boat systems. A universal cellphone holder can spin and shift from portrait to landscape mode easily. To the right is a Cruise Assist rocker switch that has three no-wake speeds, can be set to a steady speed for cruising or for watersports, and can dial in the perfect speed for sports such wakeboarding, because the driver can bump the speed in 100 rpm increments.

The Yamaha AR195 is ready for just about any activity, including fishing from its roomy transom lounge, but it’s optimized for watersports. The great thing about Yamaha’s pricing is that boats such as the AR195, despite its low MSRP of $37,599, come loaded with standard features, including an aluminum wakeboard tower and an integrated Bimini top. The tower includes another improvement over last year. It folds down low enough to fit in a standard garage, which is one of the benefits of owning a 19-footer. A positively cavernous centerline ski locker extends all the way forward to the bow section. There is no ballast option on this boat — the slightly larger 212X Wake series boasts 1,100 pounds of jump juice — but it is rated for eight movable ballast bags, aka passengers, who will help create a decent wakeboarding wake.

Folks attempting to surf behind an AR195 will find themselves tethered to the tow rope, but they can bump up to a 2017 or newer 21-foot Yamaha and surf thanks to an invention that won an NMMA Innovation Award at the most recent Miami Boat Show. Called WakeBooster, it’s a wave-shaping device that easily attaches to existing hardware, is specially designed for Yamaha’s jetboats and costs less than $1,000 (including a tow line and a Hyperlite board). The 212X includes another surf enhancer called SurfPointe that redirects the twin jets to create a bigger, more well-defined surf wave that works really well when used in conjunction with WakeBooster.

The Yamaha AR195 is positively loaded with standard features most other companies charge extra for, including a single-axle painted trailer that can be upgraded to an aluminum model for $350. The stereo controller for the four-speaker Bluetooth Clarion stereo is now positioned at the helm, so the captain is in charge of everything … as he should be. Also included is a depthfinder and water temperature indicator.

The bow section is the most noticeable beneficiary of the new wider beam, giving passengers sitting upright and facing the centerline more legroom. A pair of standard filler cushions turns the bow into a playpen, and underseat storage has been upgraded. No longer must one remove the entire seat bottom and set it elsewhere. Instead, gullwing-hinged seat bottoms lift from front to back and stay open for easy loading. Another upgrade to the bow is a nonskid-coated flat section that makes it safer for passengers boarding up front.

The AR195 and the SX195, which has a companion captain’s chair instead of an L-Lounge, are the kings of the hill in Yamaha’s 19-foot series. Their upgraded hardware includes chrome cupholders instead of plastic ones and upgraded aluminum accents and handles. Instead of the snap-in carpeting found on the SX190 and AR190, there’s woven vinyl mat. At the stern, both deck levels are padded instead of just the swim platform. About the only other option to consider is the deluxe swivel board racks ($490 apiece).

We added RGB LED boat lighting in the cockpit and underneath. It has about 100 color combinations and is really amazing at night.

My wife and I bought a 2018 AR195 and really loved it, but when we checked out the 2019 model and saw its extra interior space — especially up front — we had to have it. The new helm setup is much more ergonomically correct, with the radio and charging station to starboard. We do our boating on Lake Grapevine, a large body of water just north of Dallas/Ft. Worth. The kids — Jacob, 10, and Ella, 9 — love to tube, and this year Jacob wants to learn how to wakeboard. During the summer, they have fireworks on our lake, and my family loves to sit on the back of the boat and watch the show while gently rocking. The service, before and after the sale, at Phil Dill Boats was phenomenal. Travis is my sales guy and he gave me his cellphone number and encouraged me to call or text him anytime. When we bought the new boat, they came and picked up the old one, delivered the new one and made sure everything was operating properly before they left.