The Harris Grand Mariner 250 isn't the most luxurious boat in the Harris lineup, but only the owner will know. 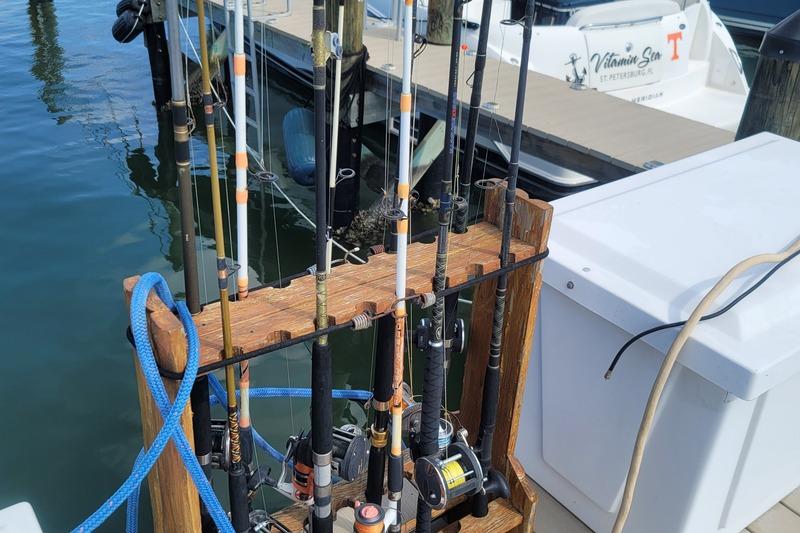 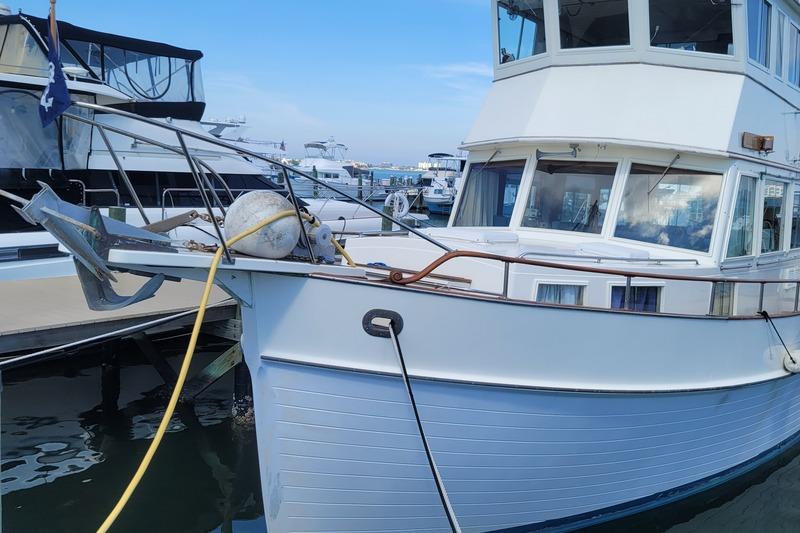 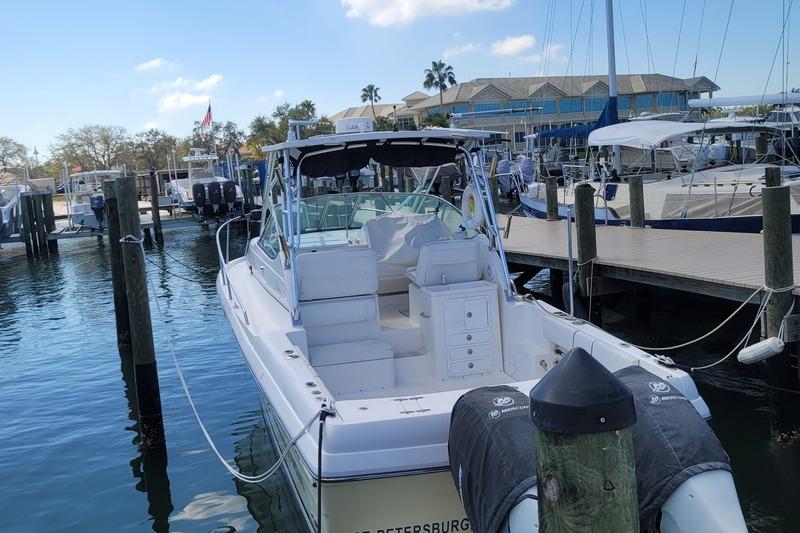 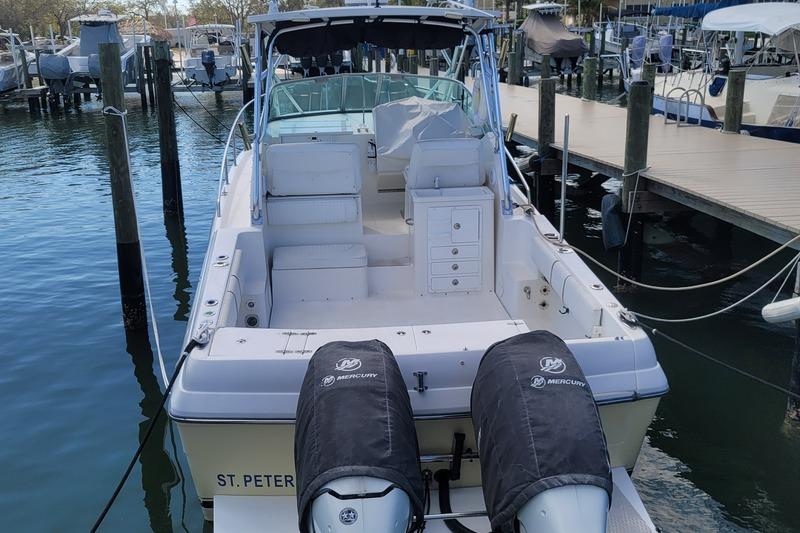 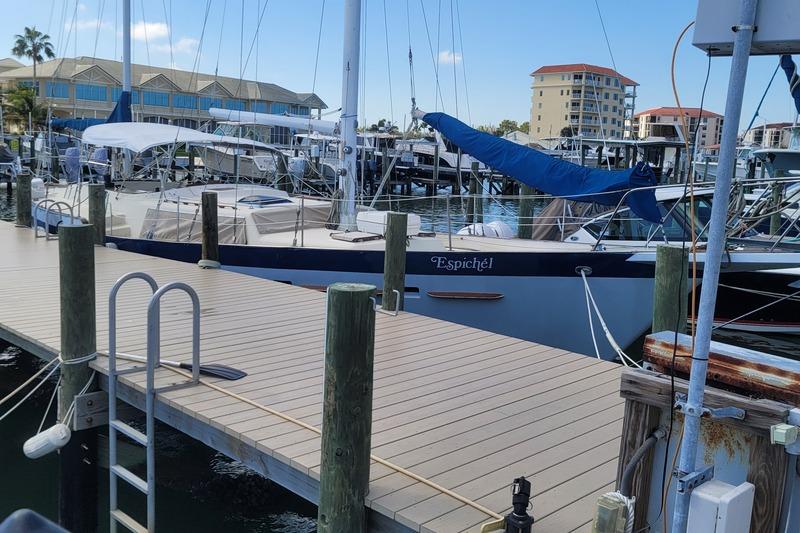 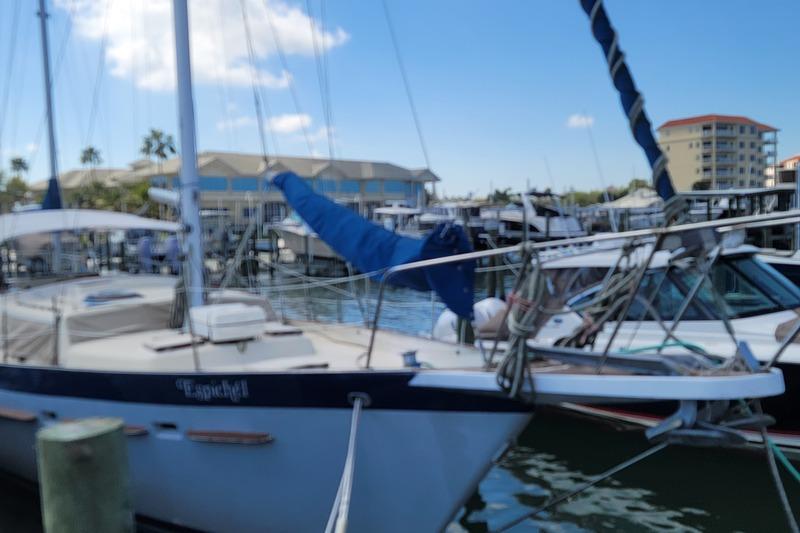 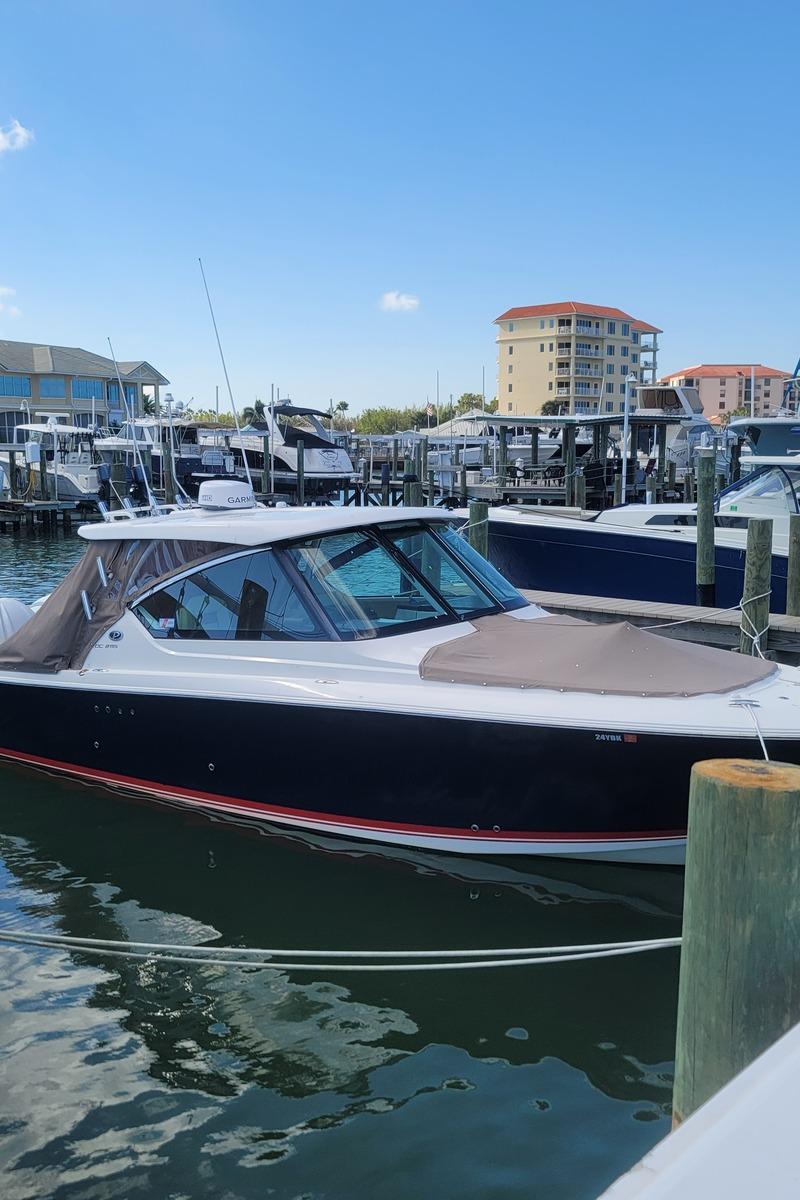 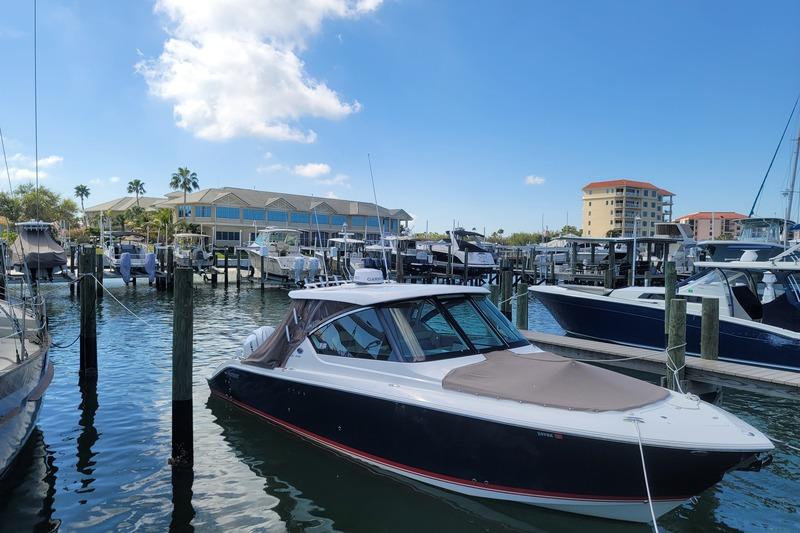 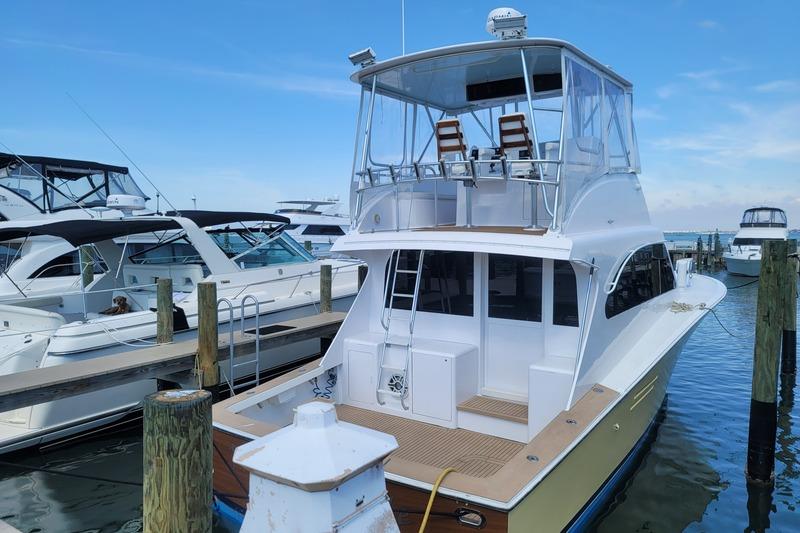 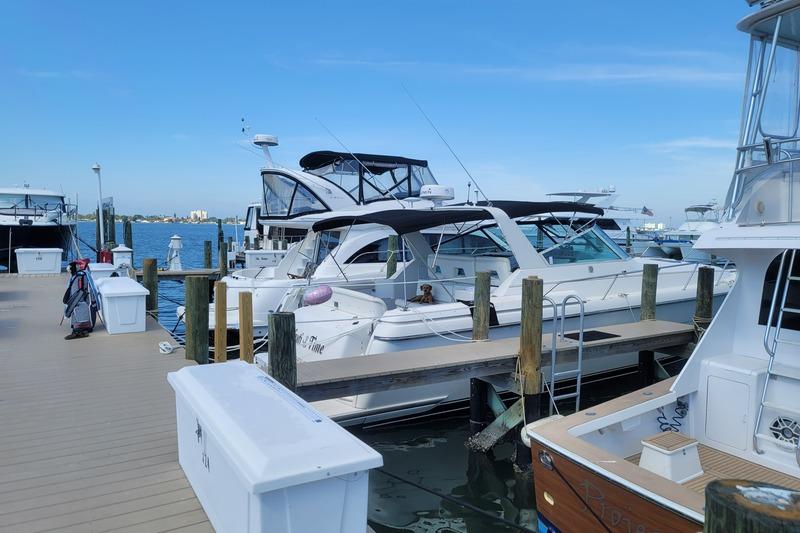 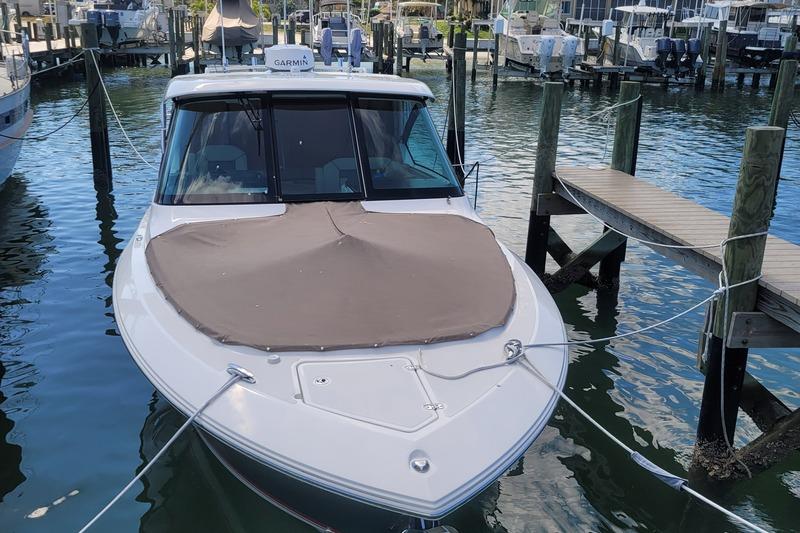 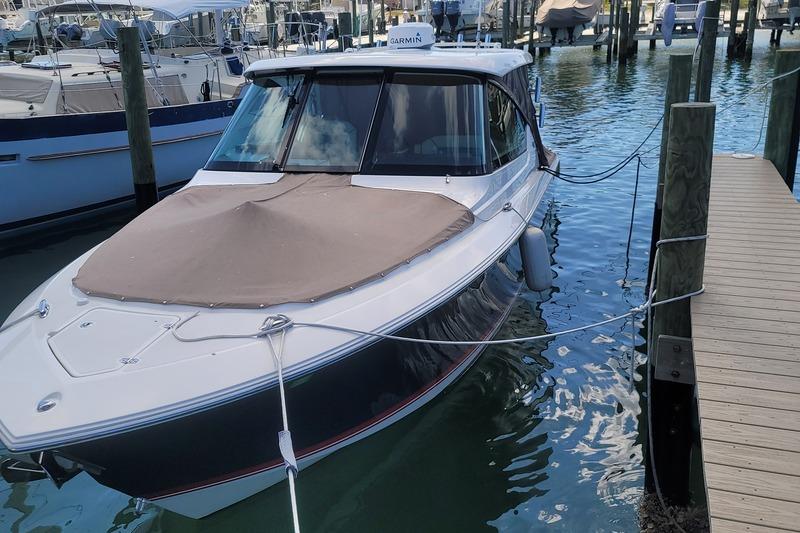 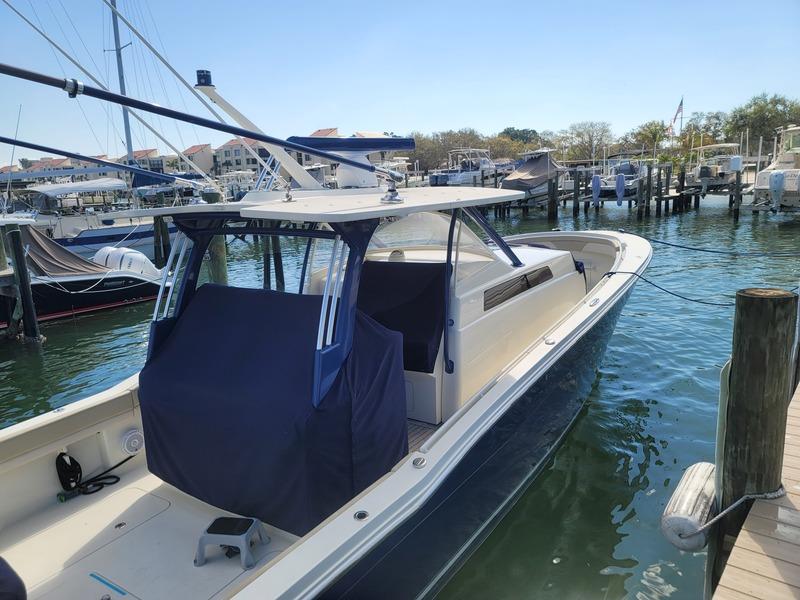 A company that’s been building pontoon boats since 1957, like Harris has, tends to set the trends, not follow them. Some pontoon builders are going big, with 30-footers and larger that have beams 10 feet and wider, but Harris is sticking to what it does best: build upscale midsized and compact pontoons. The Harris Grand Mariner 250 might be the second-largest pontoon in the second-most upscale boat line in Harris’s fleet, but it’s anything but a compromise.

The biggest difference between the Grand Mariner line and the top-of-the-line Crowne series is the latter features a fiberglass outer instead of our test boat’s more traditional aluminum fencing. Harris designers kept the look fresh, however, with curved front corners and two sets of D-rails that artfully swoop down in synchronicity with a contrasting fence panel that starts at the top up front and drops down at the stern.

Our test boat featured the Standard Lounge (SL) floor plan, which includes an expansive doublewide-plus lounger, skewed to port. It’s set behind a fencing/chain barrier, so it’s legal for passengers to occupy while the boat is in motion. Like many rear lounges, it features a convertible backrest. When it’s flipped forward, reclining passengers can see where they’ve been; flipped rearward, it forms a backrest for the stern bench. Normally with a flip-flop stern lounge backrest, occupants can either recline or not based on the backrest’s position, but Harris provides a jumpseat far to port, so at least one person can always recline comfortably in back.

The seat bottom of the rear part of the sunpad flips up to reveal a large storage compartment that works to store watersports toys, vests and tow ropes. There’s never enough readily accessible storage for often-needed items such as towels and fenders, so Harris carved out alcoves in the corners of the chaise lounges. The alcoves have wide Art Deco-like aluminum rails for containment and mesh pouches to keep items such as sunscreen at the ready.

Harris has been a member of the Brunswick Corp. since 2005, and Brunswick also owns Mercury, so I was a little surprised to learn Honda engines up to 250 hp are an option. Of course, a wide array of Mercury engines is available, starting with a 90 hp Command Thrust FourStroke that, like the 115 hp model, has the lower unit of a 150, so it can swing a much larger V-6 prop.

Our Grand Mariner 250 was set up for life in the fast lane with a new-gen Mercury Verado V-8 300, which replaces the inline-6 Verado 300, which had a smallish 2.6L engine that relied on supercharging. Instead, the new normally aspirated V-8 has a large 4.6L block that produces loads of torque and moved the 27-foot, 2-inchlong pontoon with alacrity. The Verado also includes the Advanced MidSection (AMS), which features a 5.4-inch gearcase and an integrated electro-hydraulic steering system that can be controlled by Mercury’s Joystick Piloting for Outboards system. It also contains additional noise-management features under the cowl for even smoother operation than its FourStroke sibling. These features push the 25-inch Verado version’s weight to 606 pounds, compared to 533 pounds for the less-featured 300 FourStroke.

Buyers who want more power can go all the way to 400 hp with either Mercury’s Racing 400R or the new Verado 400, which are both based on the 2.6L supercharged platform.

For 2019, Harris unveiled the High Performance Pontoon Platform (HP3). Featured on our test boat, this setup includes a 27-inch center tube that’s mounted 1-inch lower than its 25-inch outer neighbors, and its advantage was evident as soon as I jammed the Digital Throttle and Shift lever. The big center pontoon provided extra lift out of the hole — a big plus for towing skiers — and when I threw it into a hard turn for the first time, the Grand Mariner 250 leaned over like a V-hulled boat and carved a really tight arc. Mercury’s Active Trim option ($955) kept the boat in perfect trim during the test once I hit the activation button on the dash; it’s a feature that will be especially useful when the driving duties are delegated to less experienced skippers.

Harris knows buyers who select the HP3 tube package will likely be into watersports, so it bundled the package with an in-floor ski locker that has an auto-bilge, an aluminum underskin that reduces drag, and a choice between a removable ski pylon or a fixed ski tow bar. Our test boat upped the ante with a Delta watersports tower ($6,345) that folds manually and has a Bimini top. Owners who eschew manual labor can get an EVO electronic tower ($15,970).

In spite of the outboard, there’s plenty of room in back thanks to large platformettes that extend around the sides of the Mercury. And on the starboard side, a boarding ladder with oversized grabrails makes it easy to reboard.

Entertainment is on the menu thanks to plenty of seating and deck space to support the pontoon’s 15-passenger capacity. Even with the sunpad seatback flipped back to form the stern bench, which is part of the cockpit’s L-lounge, passengers can still sit on the sunpad during parties. Up front are two chaise lounges; add the gate filler cushion ($1,030) to get even more seating. This is one of the rare pontoons with a starboard-side gate, supplying a boarding option in all quadrants.

With the triple-tube HP3 setup and a Mercury Verado 300, the MSRP is $92,338, but that includes a bunch of standard features. The new helm, imported from the top-of-the-line Crowne series, includes new touches such as a top-loading waterproof glovebox for storing valuables. Framing the dash is billet aluminum that adds a dash of modernity. The Harris Grand Mariner 250 comes standard with a Lowrance Hook 3X fishfinder, but our test boat had a 5-inch Simrad GO5 GPS/ chartplotter ($815) and analog/digital SmartCraft gauges. But buyers can get all yachty with a Glass Dash option ($8,730) that comes with a 12- and 7-inch touchscreen setup and the option of a rearview camera ($530).

The standard stereo is an upscale Polk audio system with six Jensen speakers and transom and rear-lounge remote controls, but buyers can bump up the jams with a JL Audio Platinum sound system that has upgraded speakers and twin subwoofers. There are 12 choices — four of them free — for main-deck vinyl flooring (no carpet) and 11 rear-deck designs with three freebies. For exterior customization, there are eight color choices that range from $0 to $455, and buyers can go monochrome or add an accent panel like our boat had, for $555 to $610. There are six choices of upholstery, including three pillowtop selections that will cost an extra $1,425.

I wish it had an electronically actuated ladder, so you don’t have to bend over to drop it down.

I grew up boating in the Hot Springs area on variety of fishing and ski boats. My wife and I were looking for a new boat and loved the Harris Grand Mariner 250 for its unique styling and ability to do many things well. Our pontoon is white and gets a lot of attention when others see it. We do our boating on Lake Hamilton, a 7,500-acre impoundment that’s really scenic and can get a little rough, but our Harris has the size to handle waves well. We got our boat late in the season when the water was too cold for watersports, but this summer our 5-year-old daughter, Kennedy, plans on doing some tubing. We like finding a quiet cove and dropping the anchor and going out in the late afternoon and watching the sunset. Sometimes we head to the Backyard Grill or go listen to live music at Sam’s Pizza. The buying experience at Gregg Orr Marine was outstanding. Katherine and Robert did a great job of answering all our questions and came out to our house several times to explain all the boat’s systems and make sure we knew how everything worked.