The MasterCraft XT25 busts the notion watersports boats have to be a one-trick specialty act. 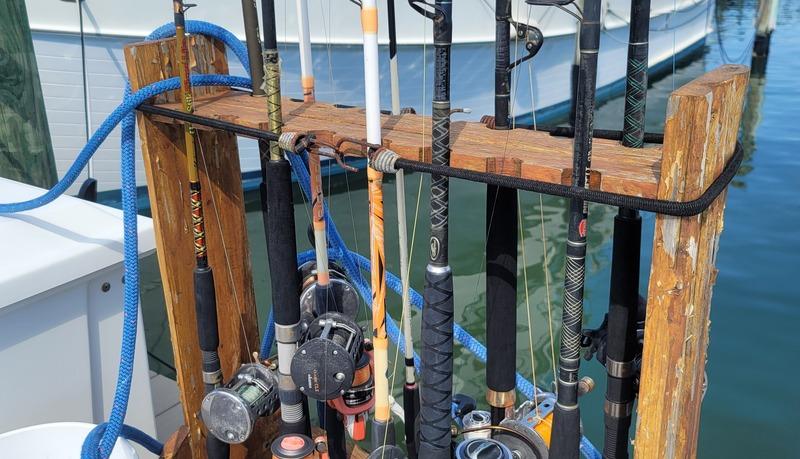 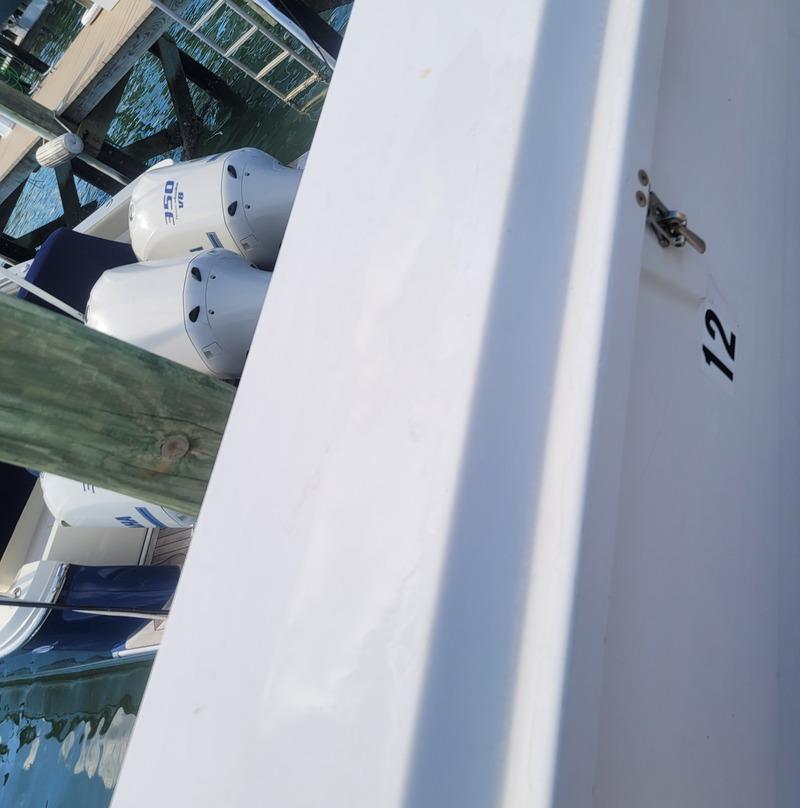 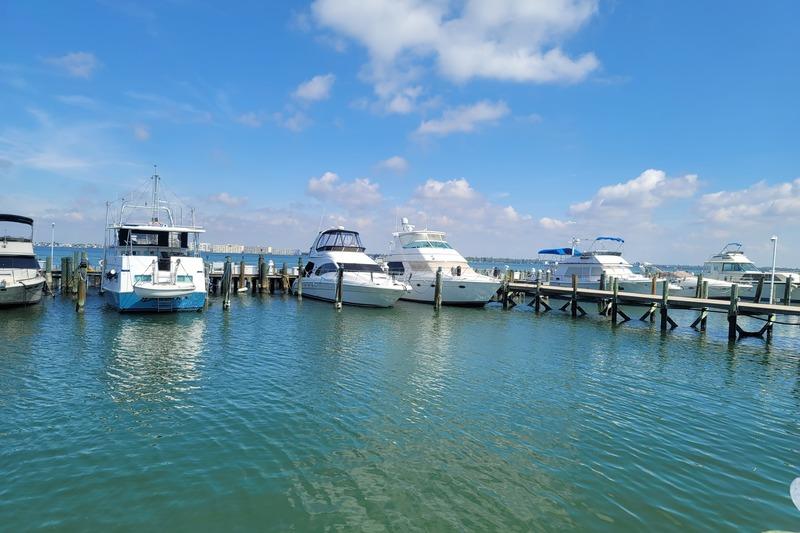 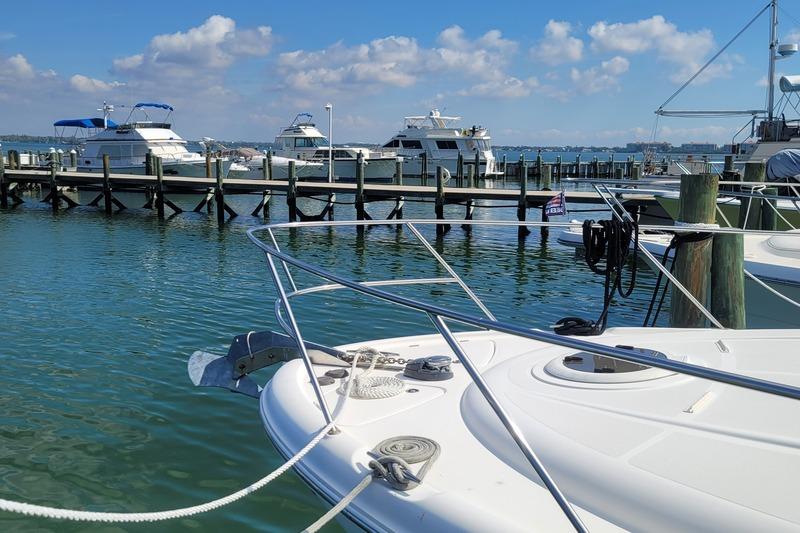 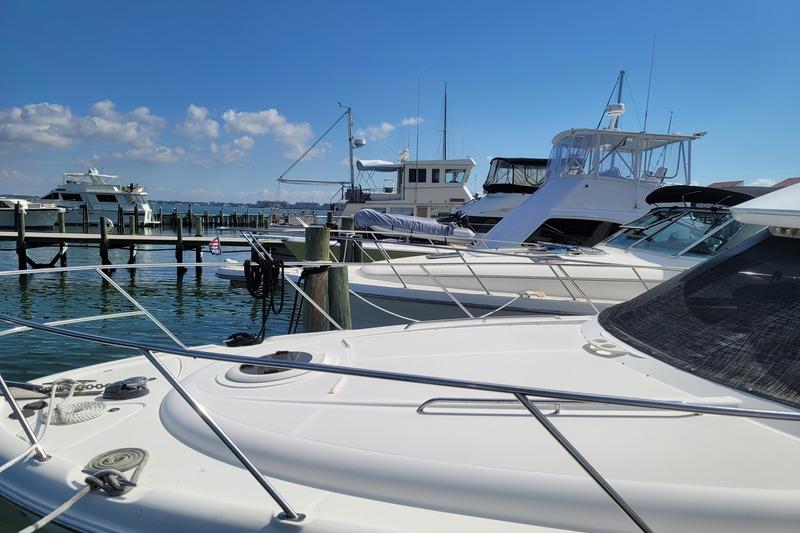 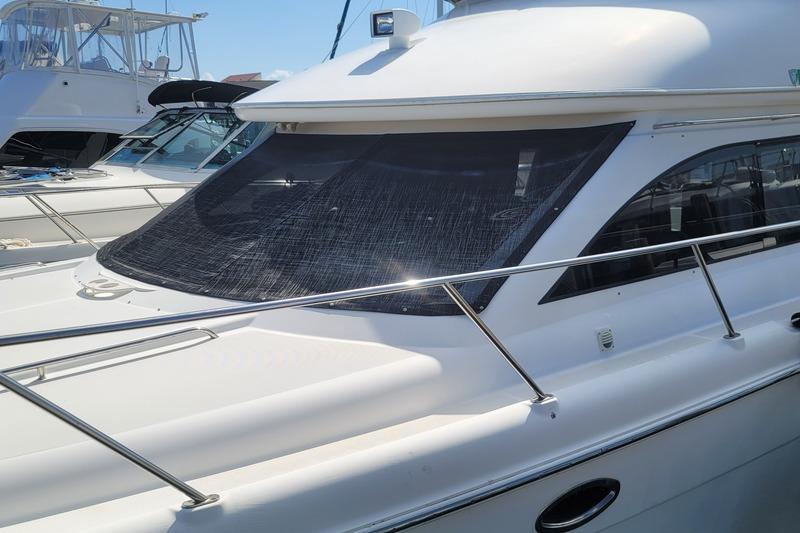 On a boat that holds 18 people, it’s a solid bet the crowd will possess a variety of skill sets and enjoy a range of favorite watersports. And like snowflakes, no two participants will be alike in their preferences. The MasterCraft XT25 — the biggest in the builder’s Crossover line — has the ability to cater to everyone on board.

Pickle-fork bows seem to be a hot ticket on watersports boats, but the MasterCraft XT25 goes old-school with a pointy bow that is surprisingly roomy despite its helm-forward floorplan. Way up front, a rear-facing seat is perched atop the dedicated anchor locker and is one of the best seats in the house thanks to a wide, curved backrest that cradles the foremost rider in comfort. Six-foot-tall passengers have plenty of room to stretch out on the forward-facing chaise lounges, but the legroom comes at a cost: backrests are a bit more upright than most others.

To help accommodate 18 people, the cockpit is ringed by seating; zero space is wasted. And because the show’s out back, MasterCraft designers made sure to maximize seats that face aft by using Chillax seating. These are flip-up seatbacks that are part of the bench seat bottoms when not deployed. The one to port is just behind an open section of the deck, so the two people sitting behind the console in the doublewide aft-facing seat have plenty of room for their feet on the deck. Add these seats to a convertible stern bench that quickly turns into a rear-facing bench, and seven really comfortable wake-viewing seats, counting the one in the bow, are available.

I was a little concerned about the use of black panels on the upholstery, but one touch on a sunny afternoon confirmed it was Cool Feel upholstery ($490), which won’t get hotter than 140 degrees. For flooring, the boat had the Deckadense option ($1,350), which looks like ramen noodles and allows water to pass through, so it always feels dry.

Ilmor, MasterCraft’s exclusive engine supplier since 2010, is a company with an extensive racing heritage, and that expertise yields lots of power from smaller engines. Anyone who thinks the standard 5.3L Ilmor 5500GDI V-8 engine on our test boat might be too small to push a 25-foot, 3-inch-long boat that weighs 5,200 pounds — even before the 2,800 pounds of ballast that comes with the Gen 2 Surf System — would be wrong. This small-block GM engine can handle the workload with 365 hp and a hefty 400 pound-feet of torque, which is the more meaningful of the two numbers.

An NMMA Innovations Award panel gave this engine an award not only for its great power-to-weight ratio but also for its host of user-friendly features, including a water pump that can be replaced in a couple of minutes and a virtual fuse panel that lets anyone reset offline circuits by tapping a touchscreen display at the helm. It’s also the only gas marine engine that holds a Five-Star California Air Resource Board (CARB) certification for being a Level 5 Extremely Clean Engine.

For our time-to-plane test, we ran the MasterCraft XT25 three ways. Our test boat was equipped with the optional Gen 2 Surf System ($7,220), which includes twin surf tabs that also act like regular trim tabs for getting on plane. Also in the mix is a big center tab called the Attitude Adjustment Plate ($1,160). First, we got to plane with no assistance: 3.1 seconds with moderate bowrise. Next, we tried it with the Attitude Adjustment Plate deployed: 2.8 seconds and practically no bowrise. Last, we deployed Launch Assist, which employed all three tabs: 1.9 seconds. The 5500GDI pulled strong all the way through the power band and pushed our test boat to 30 mph in 6.4 seconds. Top speed was pretty typical for a direct-drive ski boat at 39.3 mph.

Boat operators who didn’t grow up driving ski boats can attest to the difficulty in docking them. A straight inboard that uses a rudder for directional control puts the boat at the mercy of a little phenomenon called prop torque at slow speeds. With the rudder behind the prop, going forward is OK because the prop is blasting water at the rudder, which makes it work, but when the power lever is in reverse, the rudder becomes practically useless. To counter this deficiency, MasterCraft adopted and modified a tugboat feature called flanking rudders to create an option called DockStar ($3,250). The system puts two smaller rudders in front of the prop that are brought to life by the prop’s thrust when the boat is in reverse. The twin rudders are connected to the main rudder, so they offer additional directional control at faster forward speeds too.

DockStar seems to be gaining popularity with owners. Last year when we reviewed the XT22, only 24 percent of buyers selected this option. This year, 46 percent of owners checked the DockStar box on the XT25. Optional tracking fins ($590) help even further to create a boat with zero slip in corners.

For its Crossover series boats, MasterCraft uses a special hull design that gives different results based on the boat’s speed. Around 11 to 12 mph, the hull plows up a thick wave with a lot of push when the surf enhancements are employed, including the Gen 2 Surf system, which is custom designed for each hull length, and the Attitude Adjustment Plate, which allows the driver to tweak the wake’s shape. With the Surf tabs deployed and the Attitude Adjustment Plate left in the up position, the surf wake is at its shortest and steepest, which favors the shorter, more maneuverable boards used for advanced tricks. When the Attitude Adjustment Plate is added, the wave mellows out and the pocket grows longer, which is more beginner friendly.

For slalom skiing — usually the weak link in the crossover chain — adding just the Attitude Adjustment Plate pushes the bow down and gives skiers the smallest wake possible at speeds in the low 30s. While better suited to freeskiing than attacking a buoy course, the wake is remarkably flat for such a large wakesports boat. For wakeboarding, use the ballast in the three hard tanks to control the wake’s size and move the human ballast around or adjust the tanked ballast to make the wakes symmetrical. The Attitude Adjustment Plate can also be used to soften the ramp for beginners.

The Advanced Klipsch stereo system ($2,050) is outstanding and includes four 8-and-a-half-inch speakers and an 11-inch subwoofer, but a vast majority of buyers (82 percent) also get the Premium Audio System ($10,460), which includes a twinscreen display dash setup and a tower cam, two additional 7-inch speakers for the helm and another 11-inch subwoofer for the bow. Buyers are probably going to spend a little money on color customization, and the possibilities are endless, with eight external panels and eight interior items that can be different colors, including cupholders and upholstery thread.

My wife and I have had several PWCs and boats, but as our kids were getting older, we wanted them to experience the fun and challenge of watersports, so we bought what we thought was the perfect crossover boat. We soon discovered it couldn’t do what we wanted. So even though we only owned it for three months, we traded it in for a MasterCraft XT25 and are really happy with its performance and. The kids — Emily, 15; Braelyn, 12; Grady, 10; Joah, 8 — love to slalom and wakesurf, and this boat can do it all. We encourage our kids to bring friends along, and we’ve had as many as 12 people on board without feeling crowded. Ricky at WaterSports Central was fantastic. He actually advised me not to trade my three-month-old boat from a different dealership for a new one, because of the depreciation hit we would take, but [we decided to and] they treated us right and made the deal happen.