Tigé’s RZX delivers what buyers want most in a surfing, wakeboarding machine: more. 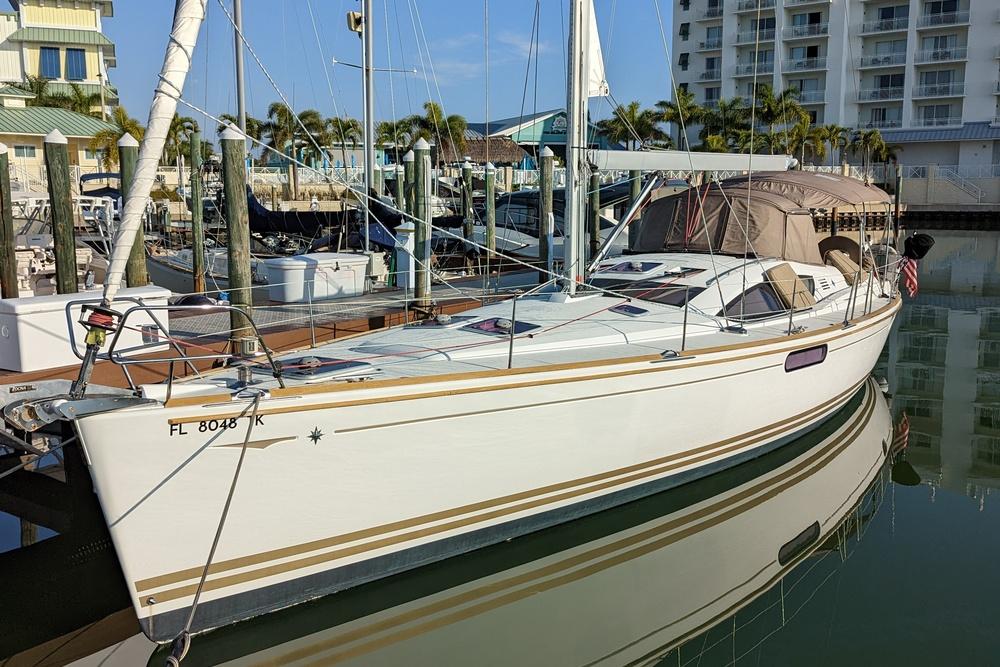 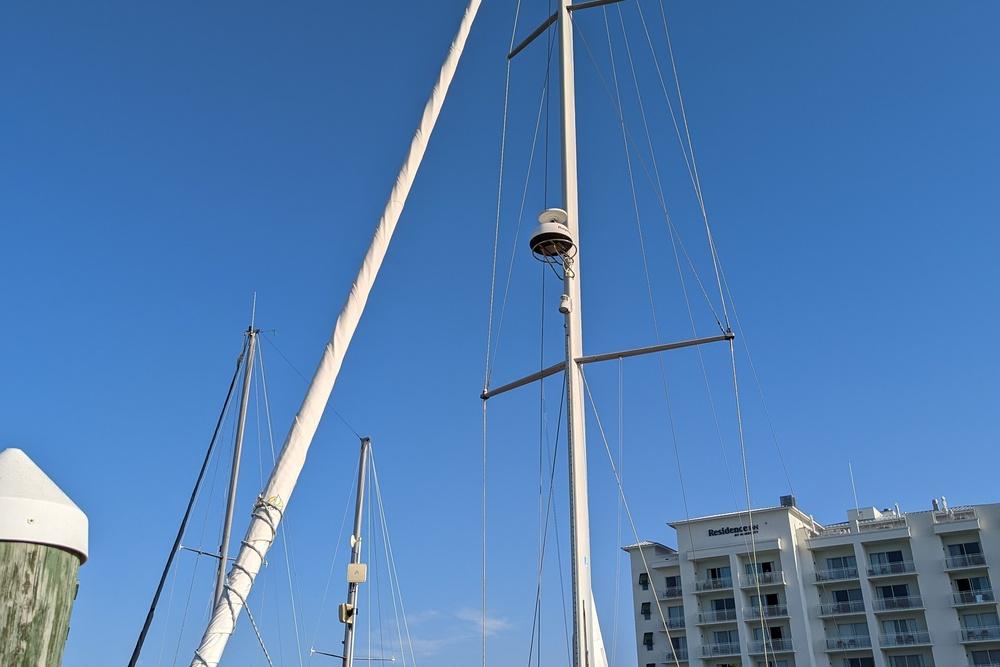 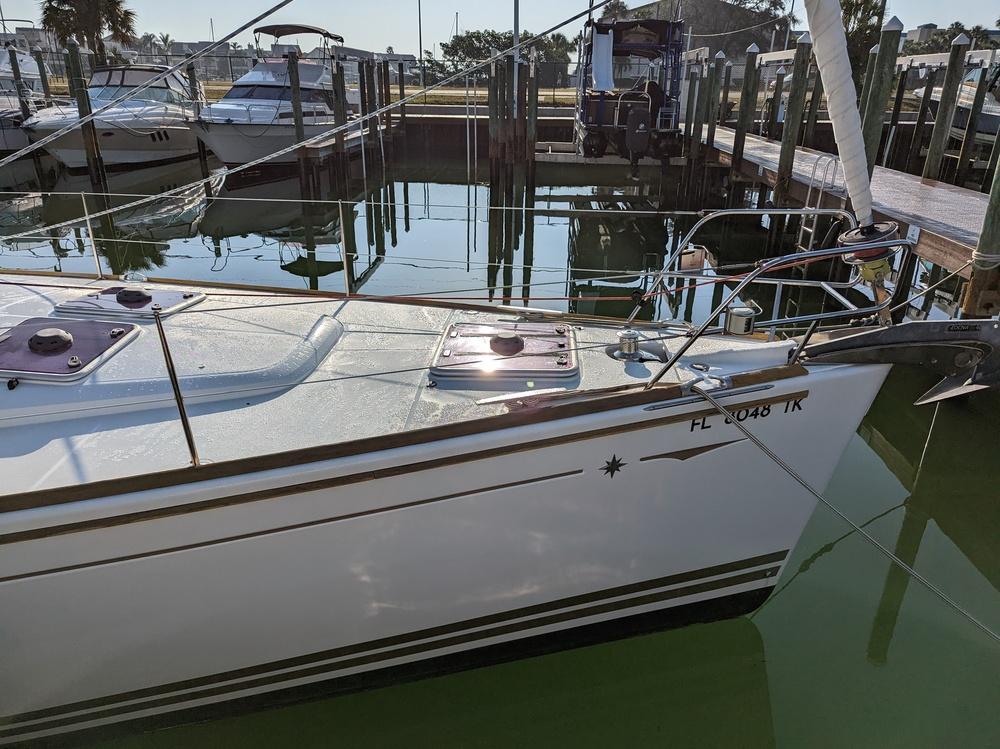 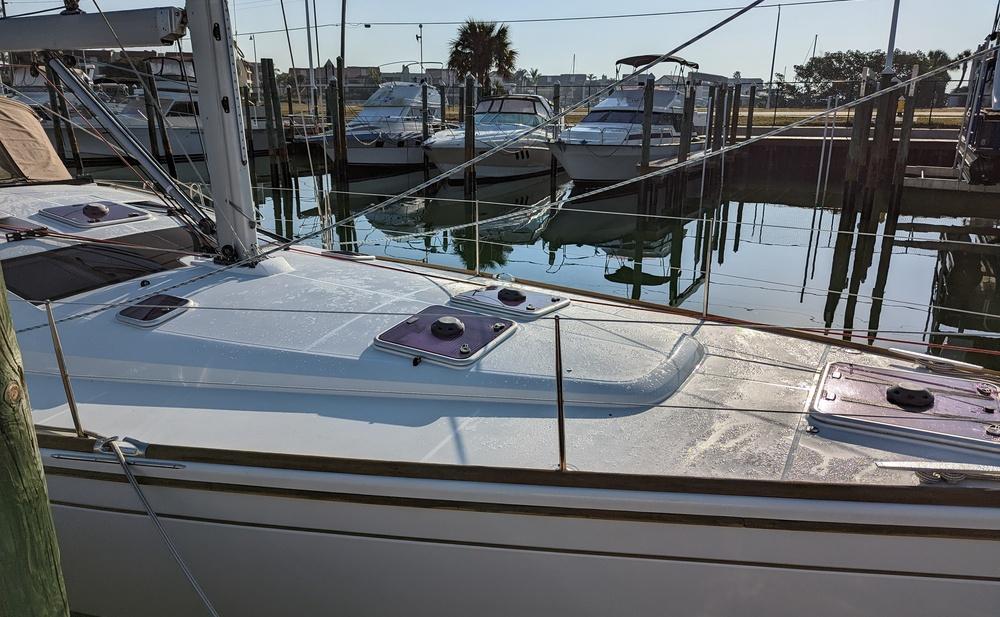 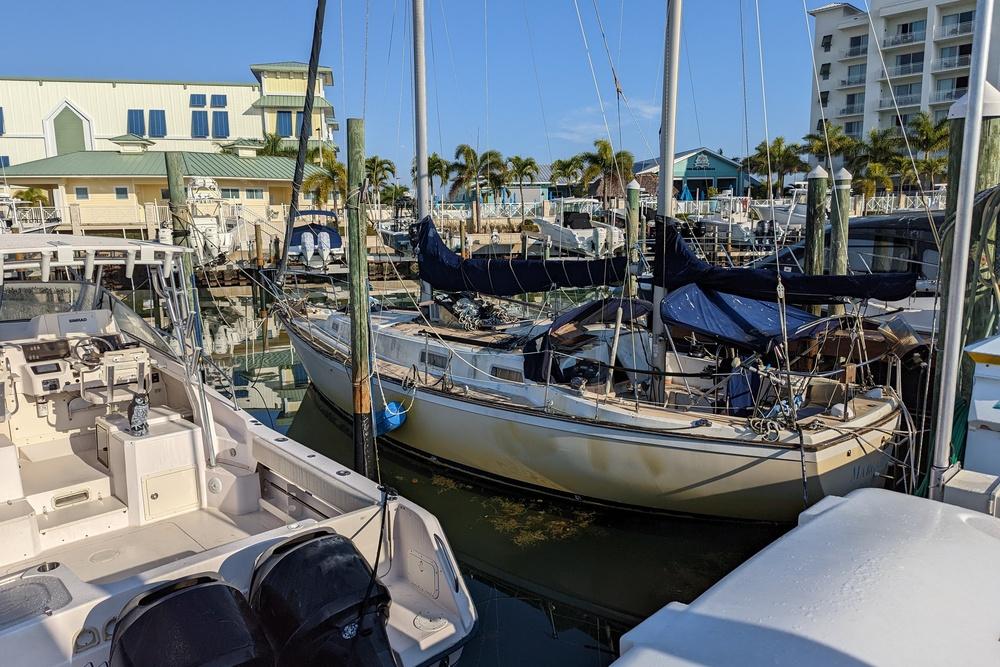 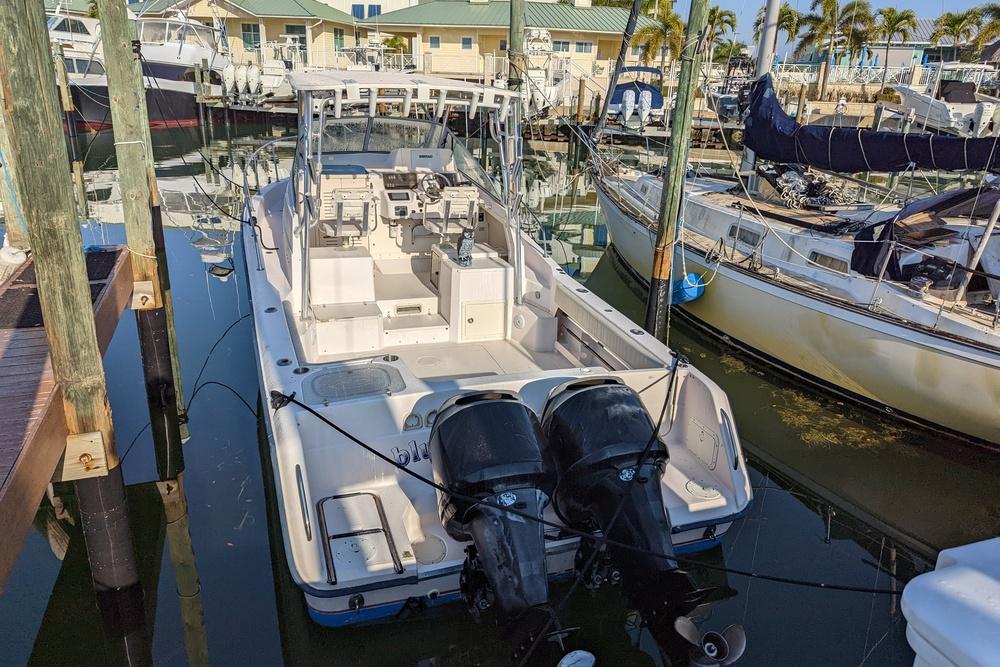 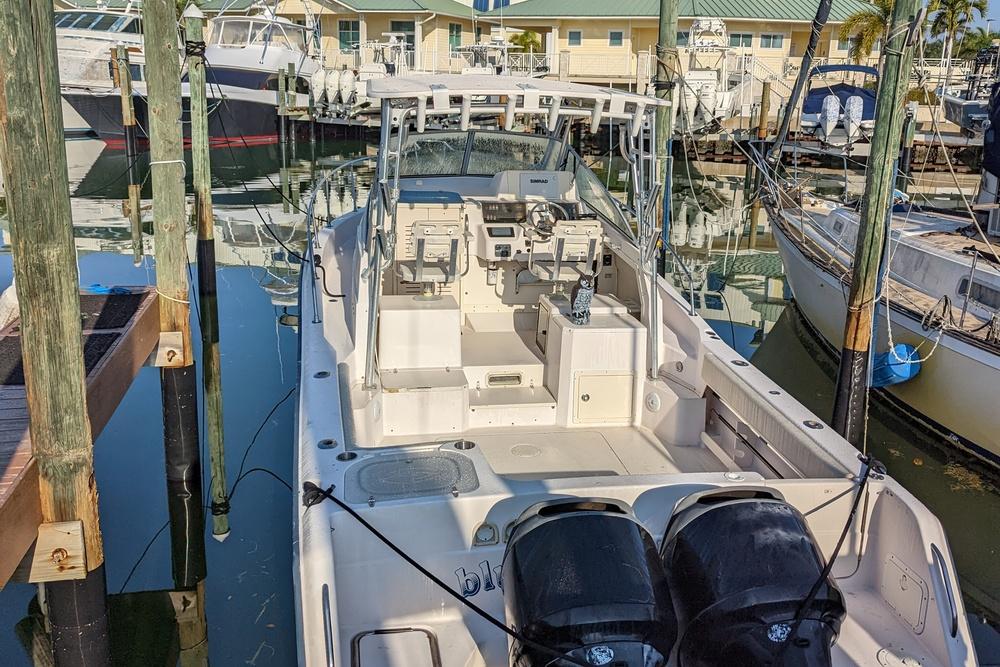 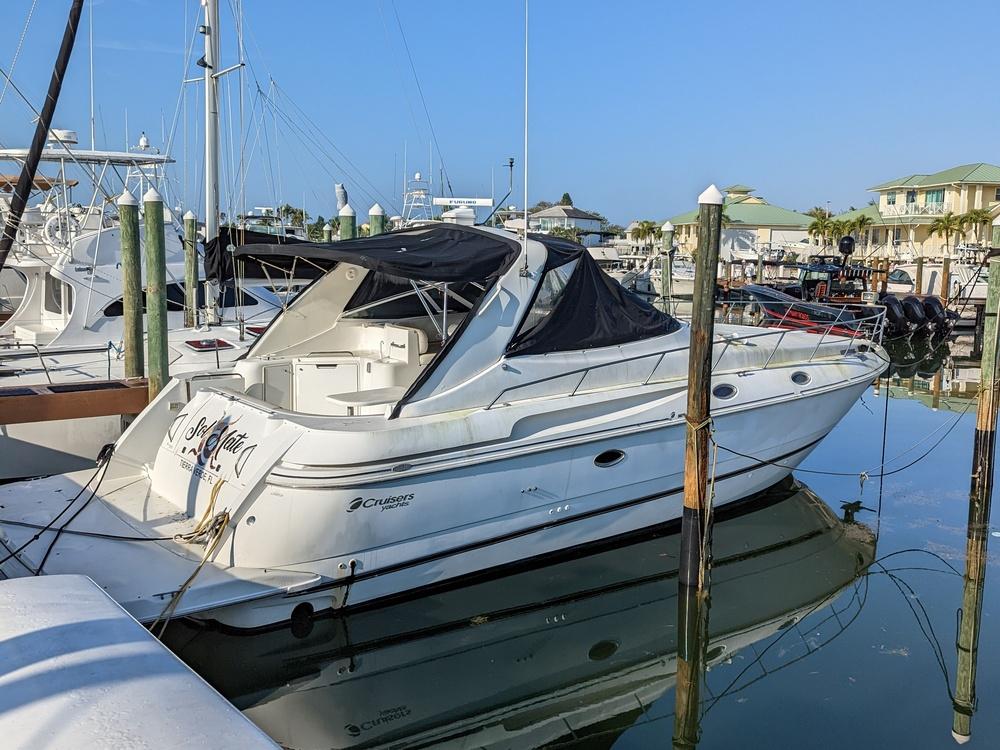 As the sport of wakesurfing matures, participants have come to expect a lot. They want a great wave on both sides and the ability to switch over quickly without having to resort to a game of charades, and they want a boat that exudes comfort, luxury and attitude while plowing up a wave without heeling far over. The 23-foot Tigé RZX checks off all those boxes and more.

The first thing I noticed about the RZX when I stepped on board was how deep the interior was. For a family with smaller kids, this is a big deal, because we’ve seen a lot of surf boats that sit perilously low in the water when tankered up, especially if they list in full-plow mode. That’s definitely not a problem here. The extra depth is especially noticeable in the picklefork bowriding section, which is a place kids tend to commandeer. With bow filler cushions in place, some boats can feel especially shallow, but in the RZX’s playpen, even the rear-facing bow backrest is tall and angled for comfort, making it one of the most comfortable places for up to three observers to check out the ski show.

The big news for model year 2016 is the Taps 3 Surf System, which includes two outer tabs and the large center Taps2 wake plate; they work together to shape the surfing wake and allow surfers to switch sides in about two seconds without the boat heeling over. Even cooler is Surflink, a wristband controller for the rider to shape the wake or switch sides on the fly. The Taps 3 Surf System with Surflink is a must-have option ($4,444). Our test boat had the standard engine, the Indmar Raptor 440, which was new for 2015 and is anything but run of the mill. What makes it unique is that it was the first Ford-based motor to be used in a ski boat for decades. What’s interesting is Indmar badges each of the three engines in the Raptor family by its torque rating rather than horsepower. The standard 440 (foot-pound) engine is guesstimated to produce around 400 hp. With a stout 5,694-pound boat that’s plumped up by 3,000 pounds of under-deck hard-tank ballast, torque is what gets the job done, and Indmar exploits its usefulness by maximizing that torque in the 2500 to 3500 rpm range — right where surf and wakeboard boats make their hey!

In addition to being heavy, the RZX has Tigé’s patented Convex V hull, which curves upward toward the stern and allows it to naturally settle in the water when moving, creating a beautiful wake even before adding ballast. The hull features a layup that’s reinforced with carbon fiber for extra strength.

The 440 isn’t supercharged like its bigger, badder brother, the 575, which is a $13,333 upgrade, but the 440’s forte is its ability to lay down the power in a very smooth manner, which makes for silky skier and surfer extractions. The RZX got on plane in 4.3 seconds and reached 30 mph in 8.8 seconds. Top speed was 36.7 mph, which might seem a little slow, but on this boat the top speed is dependent on the prop, and ours was clearly rigged for watersports. At the helm, the first thing I noticed was the great visibility. The trend these days is to have large-screen displays set front and center, which means they creep upward into the driver’s view of the water. Tigé’s helm hallmark is to give the driver an unfettered view by placing the Tigé Touch2 — a seven-inch touch-screen display that can control virtually all the RZX’s systems — to the right, which makes it ergonomically easier for one’s throttle hand to operate, and that hand controls the drive-by-wire throttle, which is very sensitive to the touch and took a bit of practice before I didn’t accidentally add power when shifting into forward. Upon launch, even though the Convex V hull adopts a bow-up, stern-down posture, the RZX displayed very little bowrise, and the water ahead never left my view. Despite its heft, whipping this surf machine into a hard corner was easy, and it didn’t heel far over in hard turns. Even when tankered up and cruising at 10 mph, it was easy to control.

The RZX and the ASR share a lot of similarities, including being the most expensive two boats in the Tigé fleet, but while both have the surfing and wakeboarding thing down pat, the RZX is more surf-centric, with a Convex hull, while the ASR is a bit more wakeboard-forward, having an Apex hull that features four degrees of deadrise. The passenger rating for the RZX is a whopping 16 people (aka biological ballast). And because the 3,000 pounds of ballast is under-deck and it has a tall profile, there is a huge amount of storage. One of its most innovative features is the Tigé-only Surf Locker, which is a standard feature located at the transom that can store up to three surfboards in an easy-to-access location.

The RZX comes loaded with high-end features such as padded flooring made of Gator Step that’s really comfortable and looks great. A removable Yeti cooler keeps drinks and ice colder than any soft cooler we’ve ever seen. The 3,000 pounds of under-deck ballast, drive-by-wire shift and throttle, and Zero Off cruise control are all standard. The list price starts in six figures, so it doesn’t take long to ratchet up the bottom line. Our boat had the optional metal-flake gelcoat ($2,222), which really made it pop when combined with its new graphics. A Reversible Seat ($2,926) that converts from a stern bench to a rear-facing couch is a must-have for observing. The Alpha Z Tower is optional ($5,481), one of a wide range of options, such as a custom-color Bimini with surfboard storage ($2,000), and over-the-top stereo options such as the REV 10 Tower of Power system ($2,077) that has upgraded speakers, a 10-inch subwoofer, a Sinister amp and REV 10 tower speakers.

Purchased by Ruston and Heather Vickers plus Piper, 10, and Esme, 3, Austin, Texas


I’m not a big fan of the soft-sided Yeti cooler. Its placement is a bit awkward, and you have to unzip it to get a drink and then zip it back up. Plus, it doesn’t hold a lot. I would rather have a built-in cooler.

We owned a Tigé RZ4 and loved it, but when we would have a group of people out surfing, some would want to surf on the goofy side, and it took a long time to dump one side and fill the other. The first time we took out our new RZX and tapped the Touch2 screen once, the Taps 3 allowed it to switch sides in seconds … sheer joy. The Surf Link wristband feature is awesome, and the wave it puts out on both sides is amazing. Virtually everything on our new boat is an improvement over our older boat. Even the new upholstery Tigé uses stays cooler. We have a three-year-old daughter and love the security of the deep cockpit. The RZX is really roomy; we’ve had as many as a dozen people on board. We do our boating on Lake Austin, which is a pretty big lake, and the good surfing spot is on the far side of the lake, so we got the non-turbocharged 440 instead of the 575, for better fuel economy, but the 440 Raptor does a great job. Ski Dock’s service is awesome. Because we live on the lake, we didn’t get a trailer and they will come to me for service.