Yamaha's new 210 FSH is ready for whatever's on the agenda. 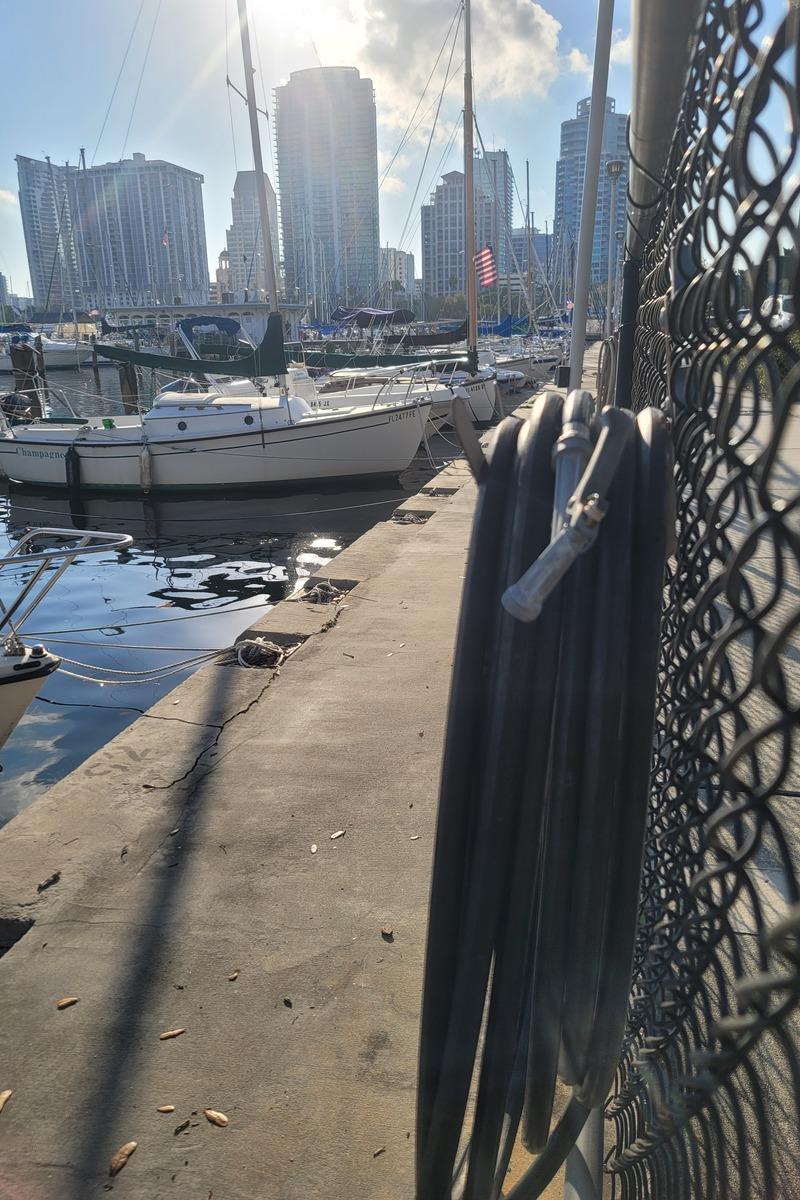 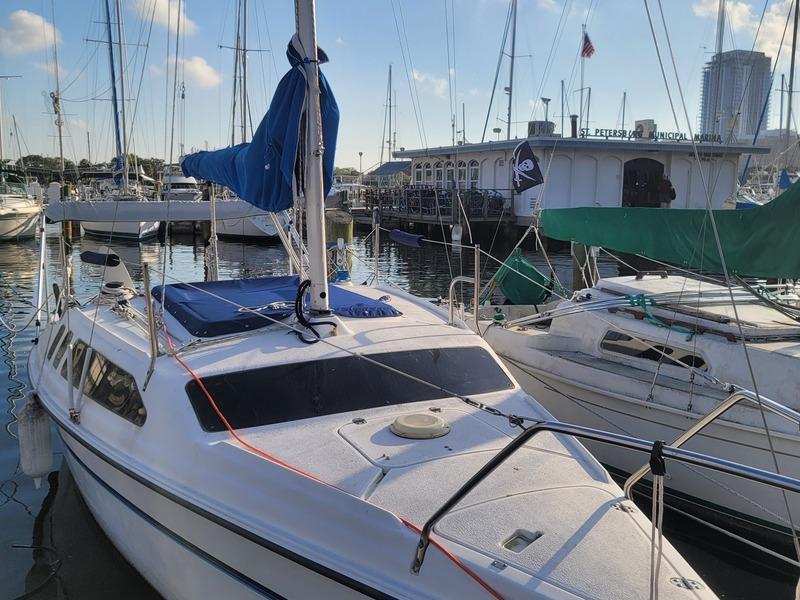 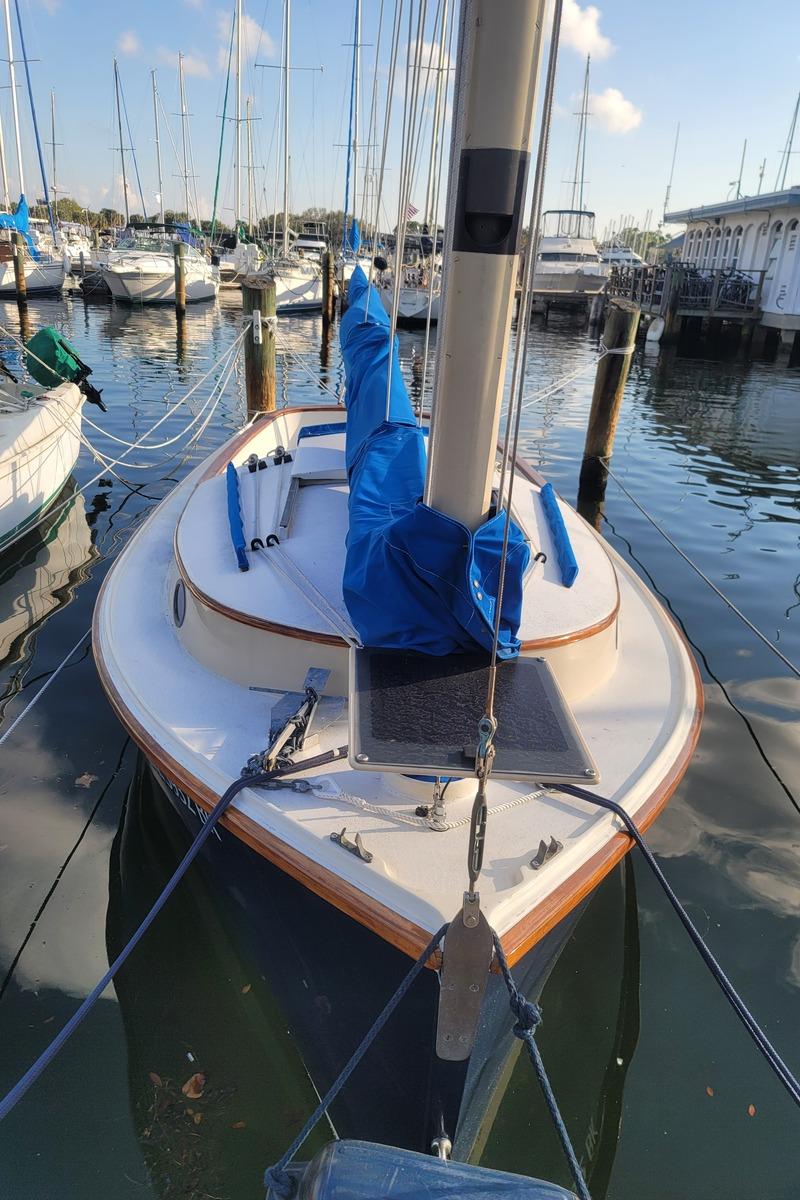 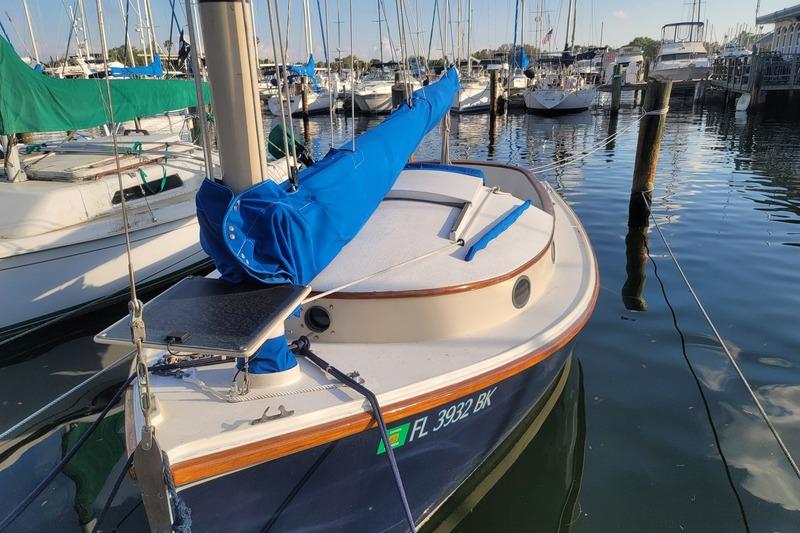 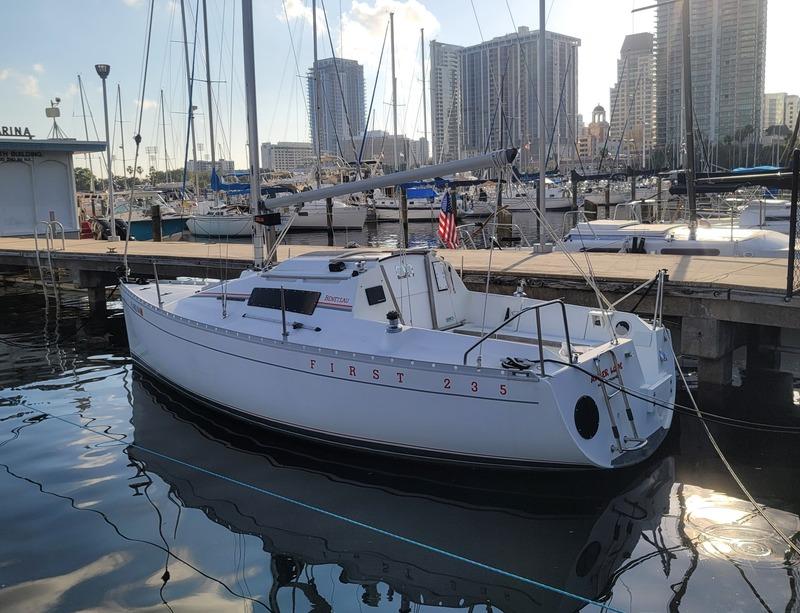 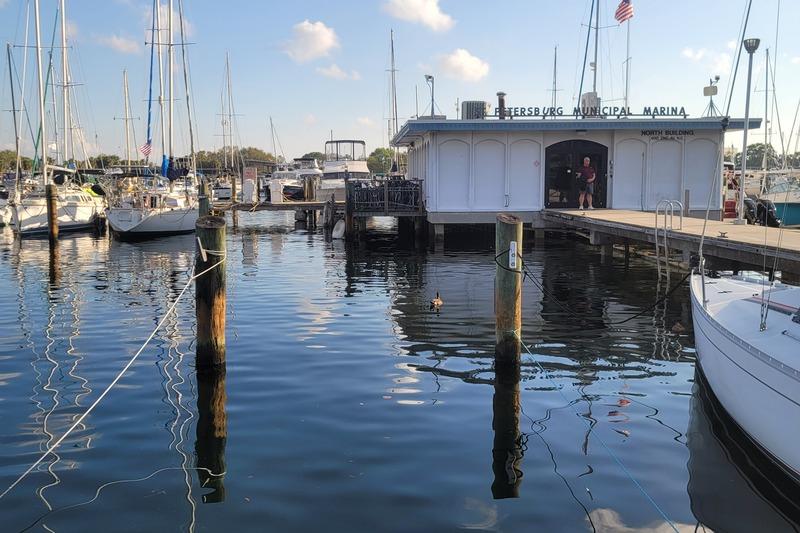 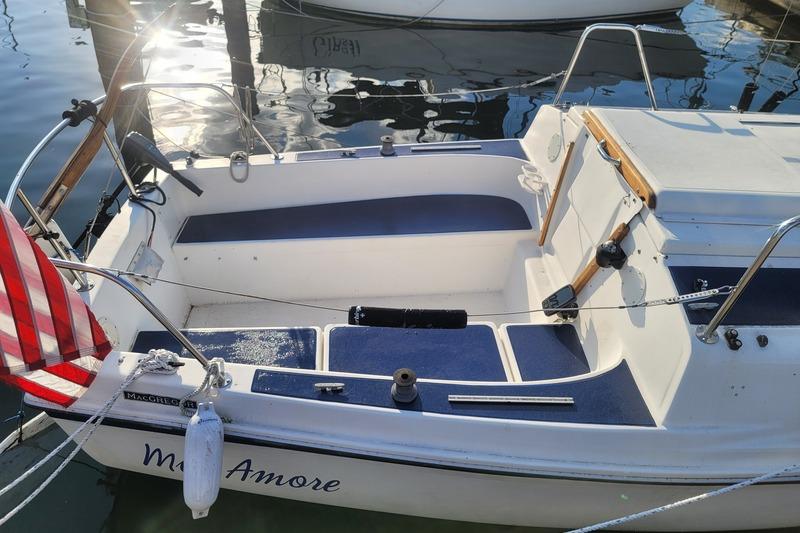 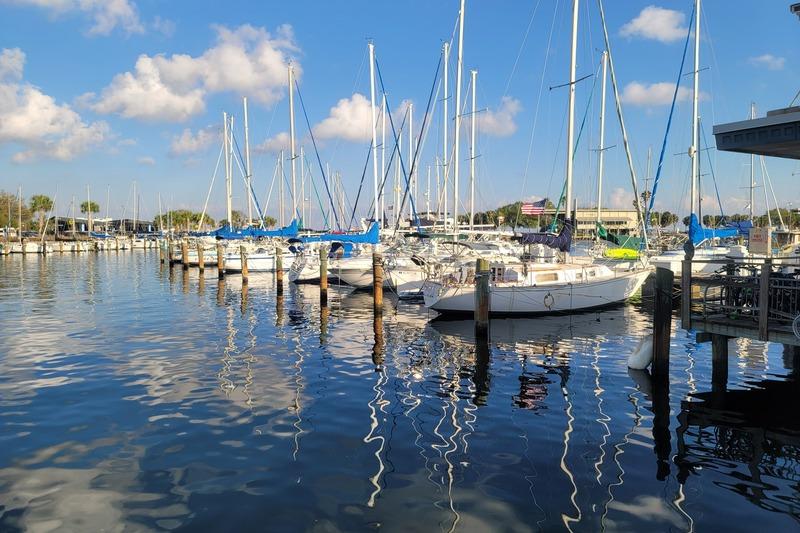 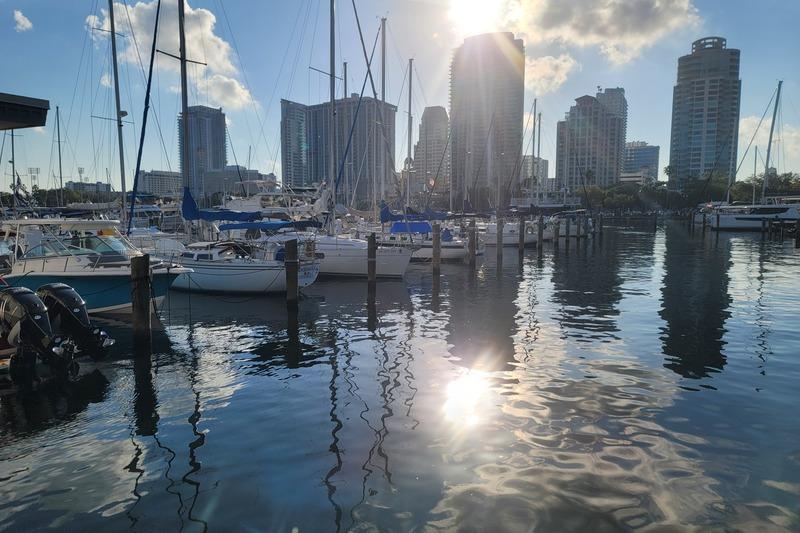 Yamaha designers may not have known it at the time, but when they created the Exciter in 1995, they had actually built a fishing boat. Anglers will fish on anything that floats and moves, and the fact this boat didn’t have an outboard engine to intrude on the swim platform only confirmed what they knew: Yamaha, over the years, has evolved a wide-open spaces concept at the stern to create a comfortable back porch and made it even cushier for folks who like to flip a frog.

In 2016, its designers finally created a dedicated center console hybrid fishing model called the 190 FSH. For 2018, Yamaha added three new 21-foot, 3-inch models to expand on what it started. The FSH isn’t a one-trick pony, either. It can easily handle watersports and entertaining.

UNIQUE FACTOR
A center-console jet boat definitely breaks the twin-console mold used for most boats in this category, but that doesn’t pigeonhole it as a fishing-only vessel. Up front are twin bowrider lounges whose seat cushions can be removed to expose casting decks. Something that sets center-console recreational boats apart from dual consoles is the extensive use of gray Marine Mat. At the bow, the anchor hatch is covered in it, which makes it a great spot for tossing a cast net. And set into the deck at the centerline is a storage compartment with a round inset for a five-gallon bucket where most anglers keep their net.

More Marine Mat is used to form side bolsters, so anglers can lean against the gunwale in comfort during a fight. Just behind the bowrider seats, a pair of storage consoles are topped with more Marine Mat and make a great working surface for rigging rods or displaying snacks. The portside module storage is connected to the compartment under the bow seat and is great for storing longer items. Under the starboard-side seat is a cooler for beverages, which leaves the one under the leaning post to store all the fish. Yamaha makes great use of the large center console by including a front-opening door that lifts up to reveal a privacy curtain that hides a roomy head compartment/ changing room. At the helm is a stainless steel wheel with a spinner knob for fast, one-handed maneuvering, and at the dash is plenty of room for big-screen electronics. In addition to the analog speedometer and tach gauges, there’s a 4.3-inch Connext screen that displays information for all the boat’s systems.

On top of the console is yet more Marine Mat, which keeps items from sliding off. One of the rocker switches next to the wheel is for the washdown hose; it diverts water from one of the TR-1’s pumps, which is a great idea, but I was disappointed by the feeble stream it produced. PERFORMANCE
Yamaha’s first foray into the fishing hybrid niche, the 190 FSH, was a little weak on performance … something not normally associated with the brand. The 190 FSH we tested a couple of years ago was powered by a single normally aspirated 1.8L High Output motor, and we could only wring 38 mph and a relatively slow 9.8-second time to 30 mph out of it.

The 210 FSH has sportier performance than the 190 FSH. Instead of a single large engine, it has two smaller TR-1 High Output engines that each produce approximately 115 hp. The three-cylinder TR-1 is slightly larger than 1 liter in displacement (1049 cc) and replaces the MR-1, which had been a staple since 2002 for Yamaha’s lower-priced WaveRunners. The new TR-1 is 40 percent more compact and, at 160 pounds, weighs 20 percent less than the MR-1 but makes 13 percent more horsepower, so it has plenty of snap. A pair of these mini motors pushed the 210 FSH to plane in 2.8 seconds and to 30 mph in 6.9 seconds. Top speed reached a respectable 44.3 mph. HANDLING
One of the issues for people new to a jet boat is how it handles, but Yamaha makes the transition for “regular” boat owners easier with an innovation called the Articulating Keel. Part of its Advanced Response Handling package, the Articulating Keel is a pronounced keel that runs the length of the wetted surface and terminates at the stern with a large rudder that’s tied to the jet drives. It not only helps with tracking during hard turns under power but also provides off-throttle turning capability. At the dock, the keel simplifies backing up. Yamaha also provides Wake Assist to help dial in the perfect no-wake speed and a cruise control system that’s especially helpful for watersports. The Yamaha 210 FSH’s hull features 20 degrees of deadrise, which is great for slicing through choppy waters. To promote side-to-side stability and create more passenger space, its full 8-foot, 6-inch beam is carried far forward, like on a deckboat. BEST USES
The day after we tested it, I, Steve Banta (our videographer) and John Kiely (a former Boating World editor, circa 1996) got to use this boat for a day of fishing, and it was a pleasure to fish aboard. The leaning post had a sturdy flippable seatback, so we could face aft for leisurely fishing. Same goes for the roomy two-tiered stern lounge area. Our test boat was equipped with Minn Kota’s Riptide trolling motor with iPilot, which allows operators to control it with a remote fob. We had six in-gunwale rod holders and two more at the transom, six vertical holders, four under-gunwale racks and four rocket launchers in the T-top, for a total of 22.

A tow eye at the transom facilitates skiing and a four-step ladder that neatly retracts under the swim platform simplifies reboarding.

One problem with jet drives is they can suck up vegetation, and with other boat brands it takes a plunge into the water to clear them. Yamaha, however, has a stern storage hatch (for items such ropes) that provides access to twin cleanout ports. For safety, built-in kill switches turn off the engines when anyone opens the hatch. PREFERRED SETUP
Yamaha doesn’t play by the normal industry rules with its boat lines. Most builders offer a basic boat to keep the MSRP low and then leave it to the owner to add items to make it a proper boat. Instead, Yamaha offers three trim lines with different features and leaves few options for buyers to puzzle over.

Starting at $41,099, the 210 FSH has no top of any kind and has a leaning post with no backrest and no privacy curtain for the center console. The next step up is the 210 FSH Deluxe, which retails for $43,699 and features a Bimini top, a flippable seatback for the leaning post and a Slate Blue hull color (instead of white). The 210 FSH Sport is the model we tested. It’s the fanciest of the bunch and looks the part of a true fishing center console with a well-braced, weight-saving fabric cover T-top and four rocket launcher rod holders. This top-of-theline model is offered in a choice of two hull colors — Sky Blue or Black — for $46,499. The two higher-end models have pre-wiring and a fixed mount for trolling motors.

All models come with a dual-axle painted steel trailer that can be upgraded to aluminum for better durability in salt water. A four-speaker Bluetooth Clarion sound system enhances everyone’s listening pleasure. About the only other available options (called accessories) are the Magma cleaning table, a gas grill (also from Magma) and a Yamaha-branded towable tube. We don’t like the fact the anchor locker hatch opens toward you.

We’ve had several different kinds of boats but really liked the Yamaha 210 FSH because of its open design, huge amount of storage and jet drive system that doesn’t have props, which is safer when you have small kids. Growing up I did a lot of fishing far offshore with my dad, but we found we could catch grouper and even mahi-mahi without going out more than 20 to 30 miles. My wife and kids really like to go to the sandbar at Anclote Key and hang out with other boaters. One of our favorite trips was an overnight stay at the Holiday Inn in Indian Rocks Beach. We do most of our boating around Tarpon Springs and hit restaurants such as Frenchie’s. The open stern makes it easy to go diving, and in scallop season we head to Hernando Beach. We find the Yamaha is really seaworthy and plan to go from Miami to Bimini when the conditions are right.