The Indmar 2.3L EcoBoost engine is the first to bring the power of turbocharging to recreational boating. 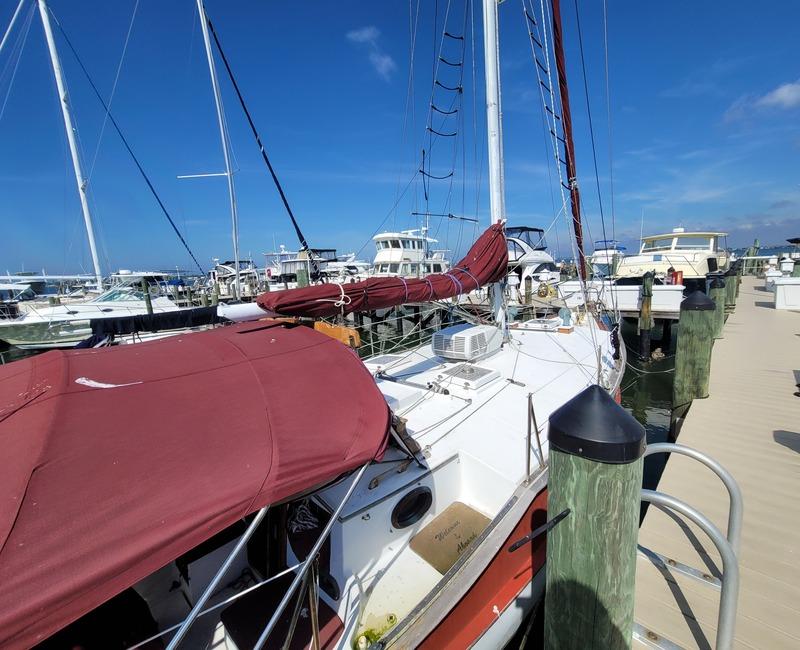 The Indmar 2.3L EcoBoost engine made a splash at this year’s NMMA Innovation Awards, taking the win for being the first gas-powered turbocharged engine in the marine market. Indmar is mainly known for supplying ski boat engines to builders such as Malibu and Tigé, but the landing spot for this inline four-cylinder Ford engine that packs 310 hp and 350 pound-feet of torque is the burgeoning jetboat market.

Many of today’s marine engines started life as car engines. Honda’s outboards are one example, as are GM-based sterndrives from Volvo Penta and MerCruiser, though the latter is now building everything itself. And it makes sense to use automotive technology, since carmakers have huge R&D budgets.

But one technology has been slow to cross over to the watery side, even though its popularity on land has exploded: turbocharging. This technology uses engine exhaust gases to spin a turbine that forces more air into the combustion chamber, which allows more gas to be burned and makes more horsepower. Supercharging is the forced-induction system that has been more widely accepted by the marine industry.

Both technologies allow smaller engines to produce the same power as larger, heavier, normally aspirated motors. Case in point is the supercharged Mercury Verado 400. It produces 400 hp from a 2.6L block. In contrast, Yamaha’s new normally aspirated V-8 425 XTO gets its power from a 5.6L block, which is more than twice the displacement.

In the automotive world, turbocharging is by far the more popular technology. In 2018, there were 220 turbocharged models compared to only 30 supercharged models. Chalk that up to two primary advantages. Superchargers actually siphon energy from the engine before returning it as added horsepower, and they run all the time, whether the car needs the boost or not. (Their instant-on power, however, has made supercharging a popular choice for outboards from Mercury and Seven Marine.) Turbochargers get a free ride from exhaust gases and only operate when increased load demands it, so they tend to deliver better fuel economy. 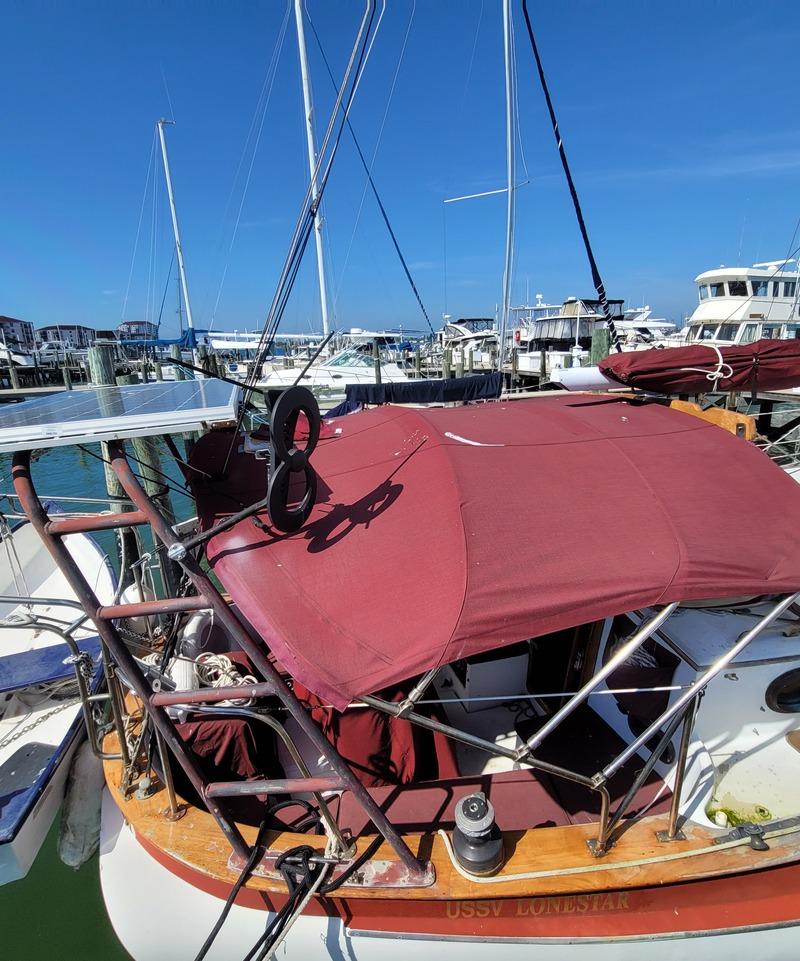 Aimed at boat builders i the jetboat space, the Indmar 2.3L EcoBoost engine (and its attendant EcoJet drive system) takes advantage of turbocharging to create more power with less displacement and at lower rpm.

What’s the downside? Turbochargers need to be spooled up before they can pump air, so there can be an acceleration lag, and they can produce a lot of heat. That abundance of heat isn’t as problematic for cars, since their engines have a ready flow of air to cool them, but boat engines are contained in a dog house–like enclosure where heat can build up.

The Indmar 2.3L EcoBoost counters lag by employing twin scroll exhaust manifolds instead of one. Without getting too technical, this inline four-cylinder engine has a piston firing order of 1,3,4,2, which means when either piston 1 or 4 is at its exhaust cycle, one of pistons 2 or 3 is at the intake cycle. Since turbocharging uses exhaust gases to spin a turbine, it makes sense for cylinders 1 and 4 to have separate exhaust manifolds from 2 and 3, so the intake/ exhaust pulses don’t interfere with each other, allowing the turbocharger to operate more efficiently, which vastly reduces lag.

To counter the heat issue, Indmar created a special air-to-water intercooler instead of using the air-to-air intercooler Ford uses on models such as the 2019 Ranger, which can now tow a whopping 7,500 pounds. Indmar’s is a variant of the ones found in exotic cars, such as the 1,000 hp, quad-turbo, 260 mph Bugatti Veyron.

The Indmar 2.3L EcoBoost engine uses a closed cooling system and Twin Independent Cam Timing (Ti-VCT) to optimize the power throughout the power band. And unlike other jetboat engines that can reach 8000 rpm, this engine reaches its peak horsepower at 4800 rpm, which should make it quieter and create less vibration. It develops an impressive 325 pound-feet of torque at only 2800 rpm. It does require 93 octane gas, though. Indmar backs this engine up with a transferable five-year warranty. 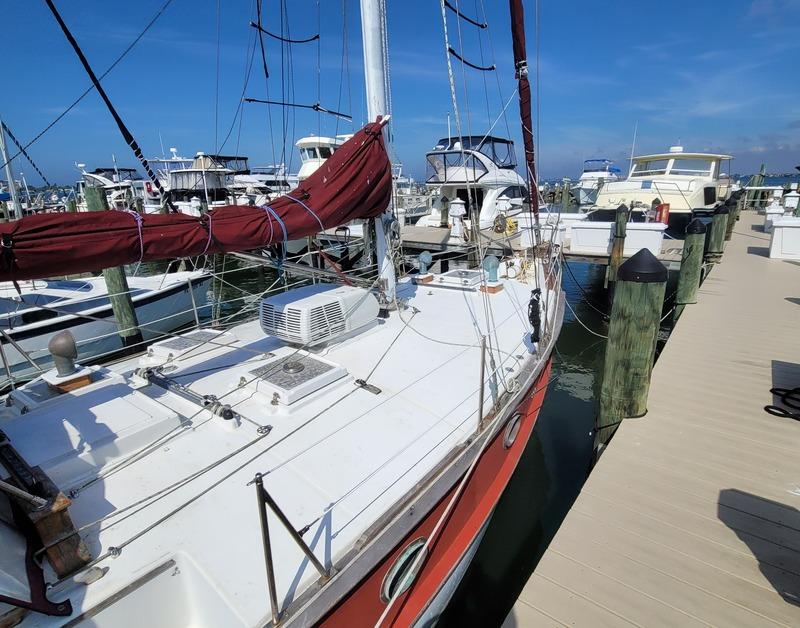 The Indmar EcoJet drive system promises an easier install for boat builders, because it comes as an already assembled unit, which could translate to lower prices for the consumer through reduced labor costs. It also requires just four installation holes instead of the usual 18 or so, reducing the potential for leaks. An integrated mounting flange mounts flush to the bottom of the hull where the whole jet drive is isolated in rubber for less vibration.

Indmar hasn’t named any boatbuilding partners yet, but the performance numbers Indmar technicians gleaned from their test of a 2.3L EcoBoost-equipped 20-foot, 3-inch boat with an 8-foot beam are pretty impressive. With a combined test weight of 3,300 pounds, the test boat’s time to 30 mph was 4.7 seconds and its top speed 54.7 mph. When the boat was loaded to its capacity of 4,500 pounds, it posted a time to 30 mph of seven seconds and a top speed of 49 mph.

Clearly, the target market for the 507-pound 2.3L EcoBoost and EcoJet package is boat builders who jumped on the jetboat bandwagon after Sea-Doo’s decision to stop making boats (though it is still selling Rotax powertrains to interested builders). And it’s entirely possible Indmar could be using this as a test market to explore the feasibility of using larger EcoBoost engines — the 3.5L V-6 version, for example, which can make as much as 450 hp and 510 pound-feet of torque — for its ski boat clients.

One thought on “Taking Things Turbo”